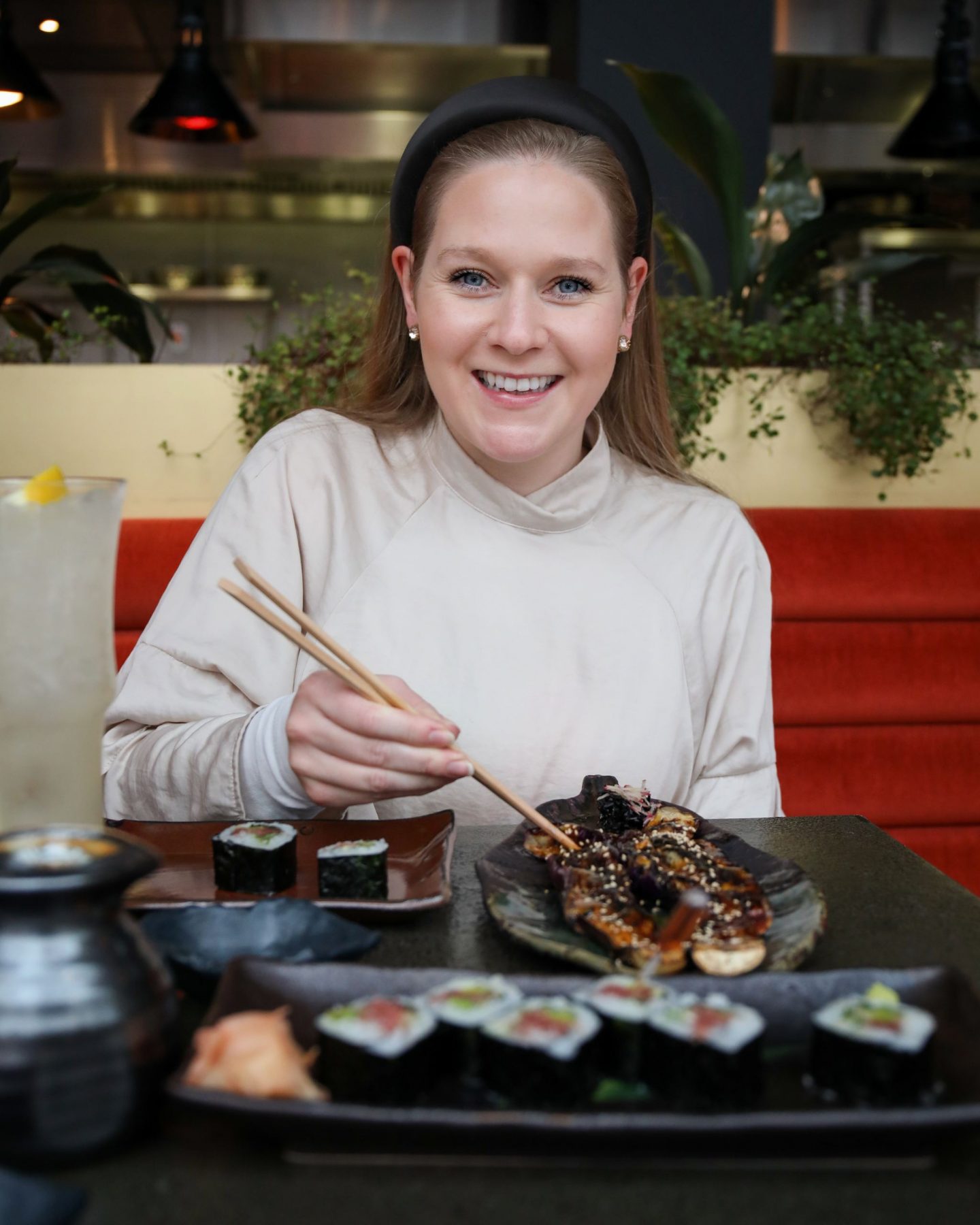 It’s been a while since we headed up to London for fear of Omicron, but it’s so nice to be able to escape the countryside and get a bit of City fix! Our last trip just happened to fall over Ophelia’s five month birthday so we thought we would have a spontaneous lunch out to celebrate. We were doing a project in seven dials, so popped over to Covent Garden to see if Sushi Samba had any space. We needn’t have worried as there was plenty. Only a handful of tables had people at them. It’s strange seeing London so affected by covid.

Still, it meant that we had incredibly attentive service throughout! Ben and I have been visiting Sushi Samba at Heron Tower since 2014. Just a few years after it opened. We had never tried its younger sister in Covent Garden which opened in 2018 to rave reviews. The unique fusion of Japanese, Peruvian and Brazilian cuisine is what keeps people coming back, but the space is also stunning.

Originally, the East Opera Terrace housed exotic plants in a number of glasshouses. In respect and to honour the history, an installation of Japanese and South American plants covers the ceiling. In the warmer months, the glass doors all slide open to draw in the warm city air and provide the perfect ambiance. Helping the space to not FEEL like a greenhouse, even though it’s all glass. 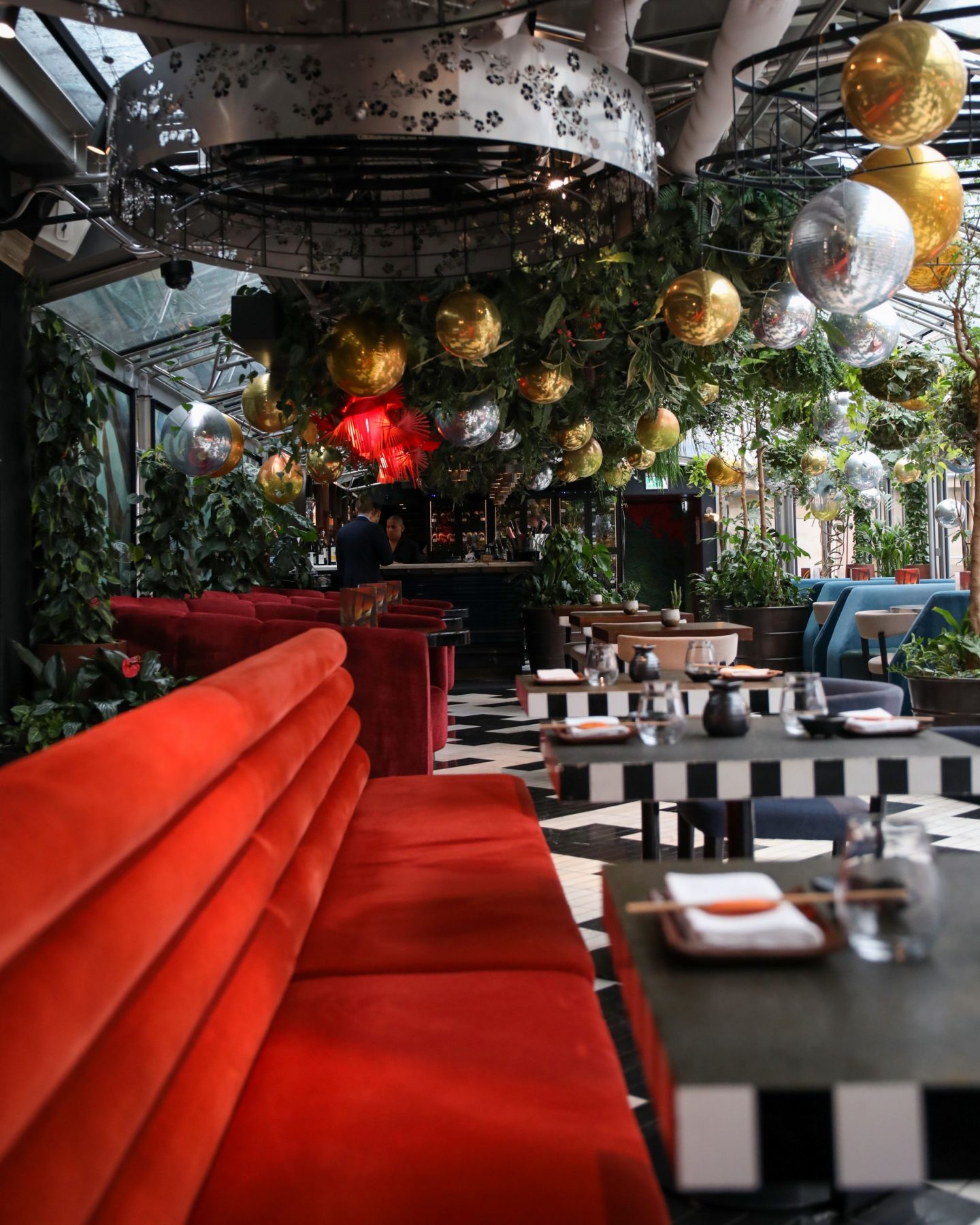 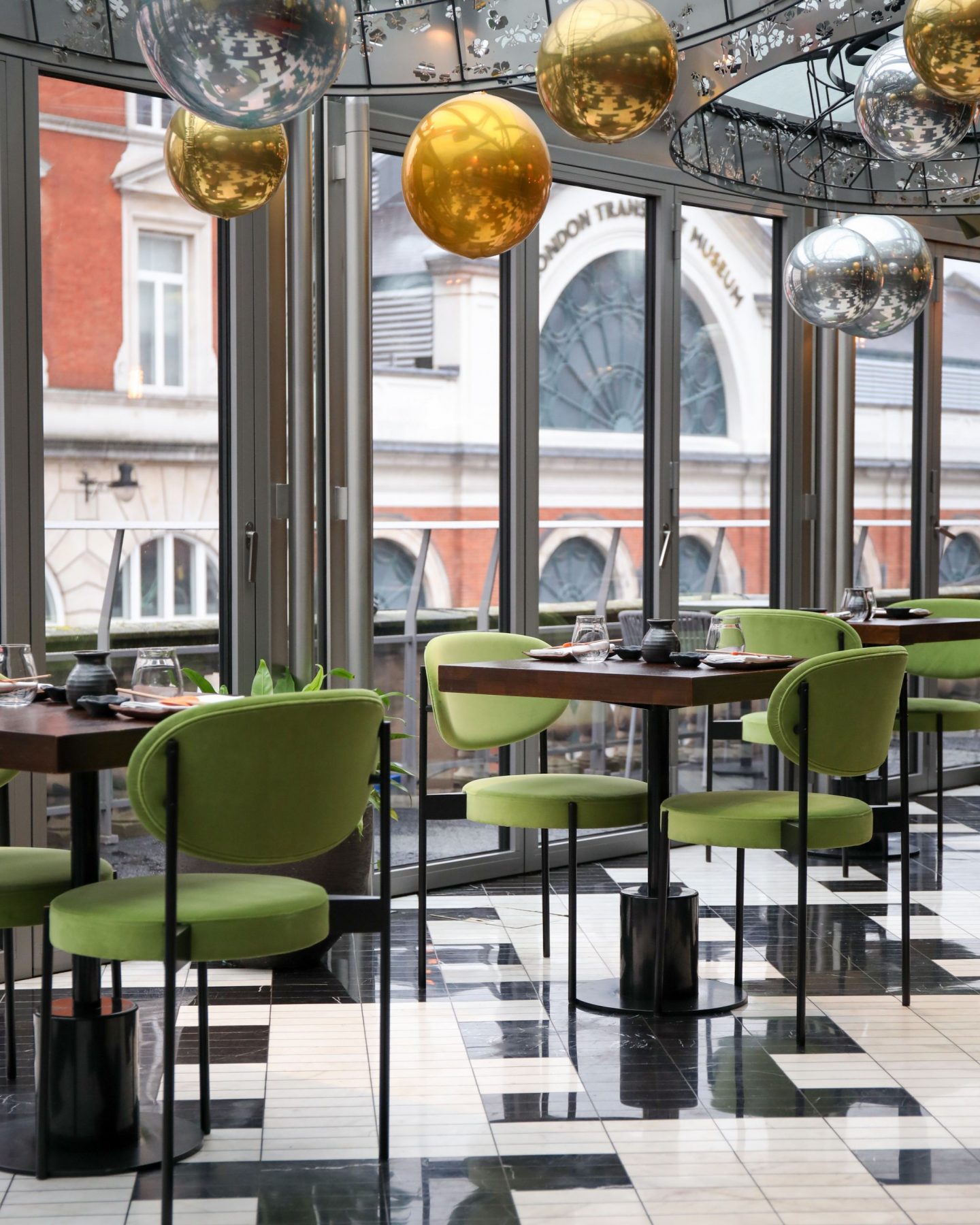 The interior is stunning. A monochrome floor helps the colours of the different areas really pop and because the entire space is glass, the colours are so vibrant. During our visit the ceiling had been covered in metallic balloons to look like baubles for Christmas, but we joke that they had been put up especially for Ophelia! 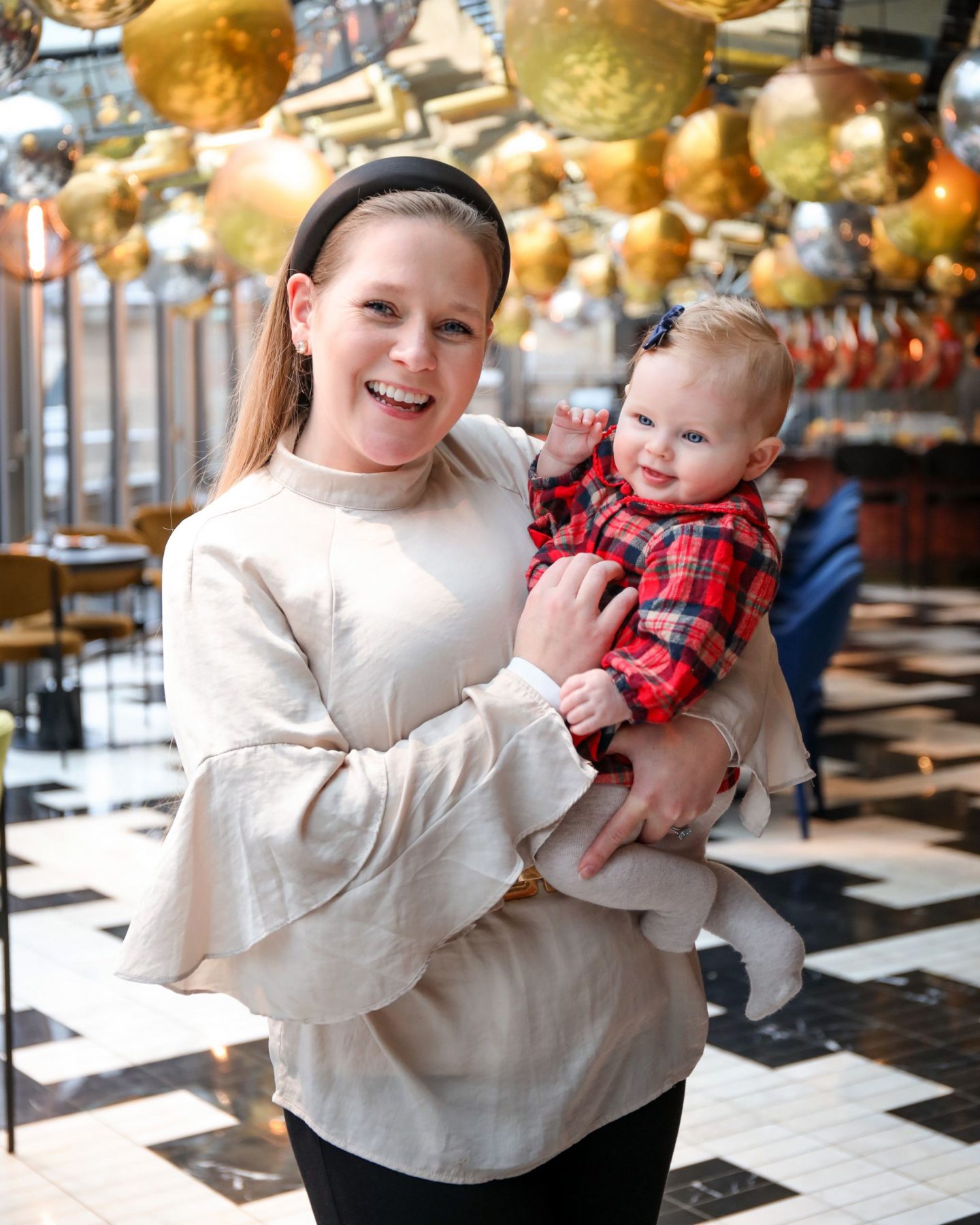 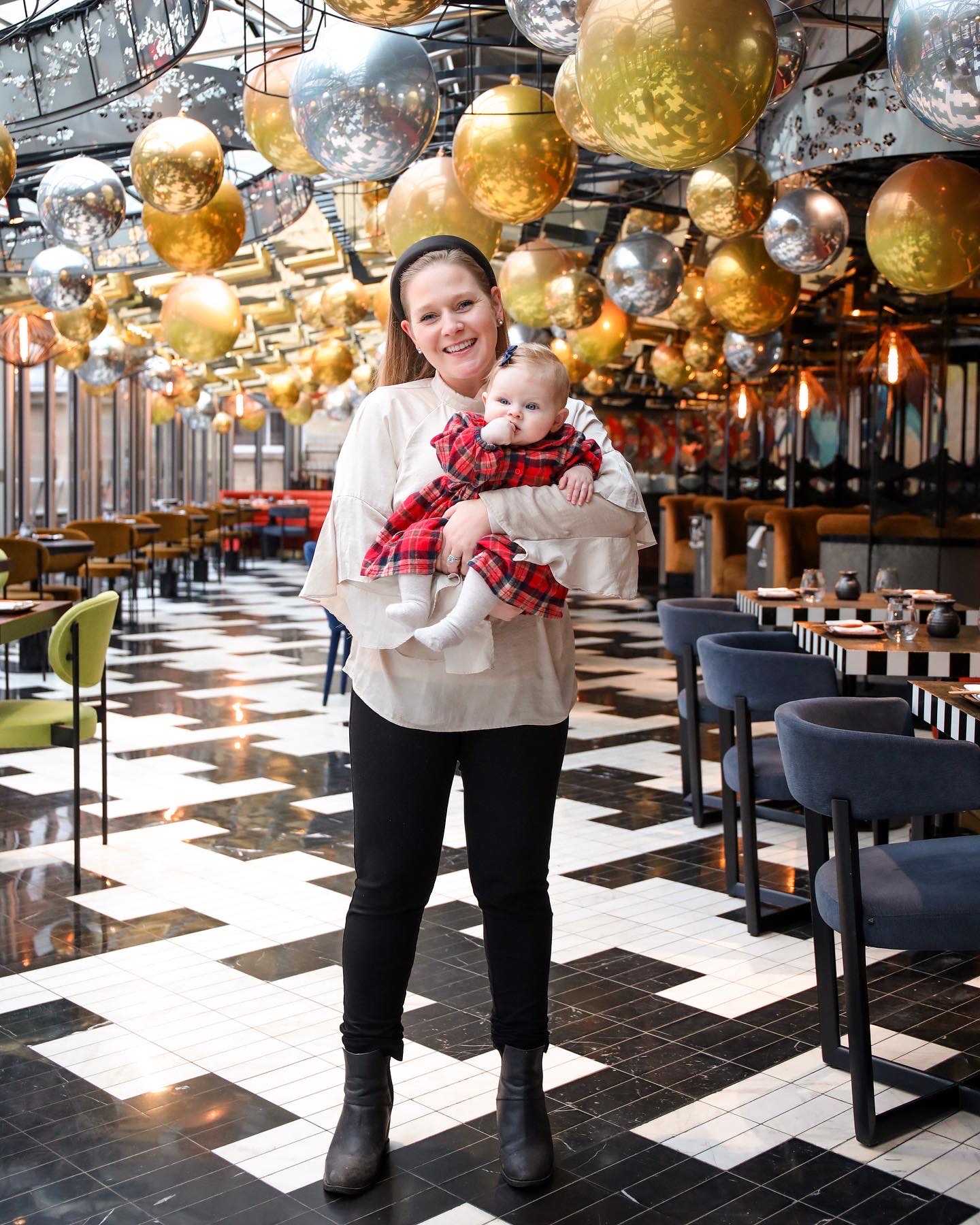 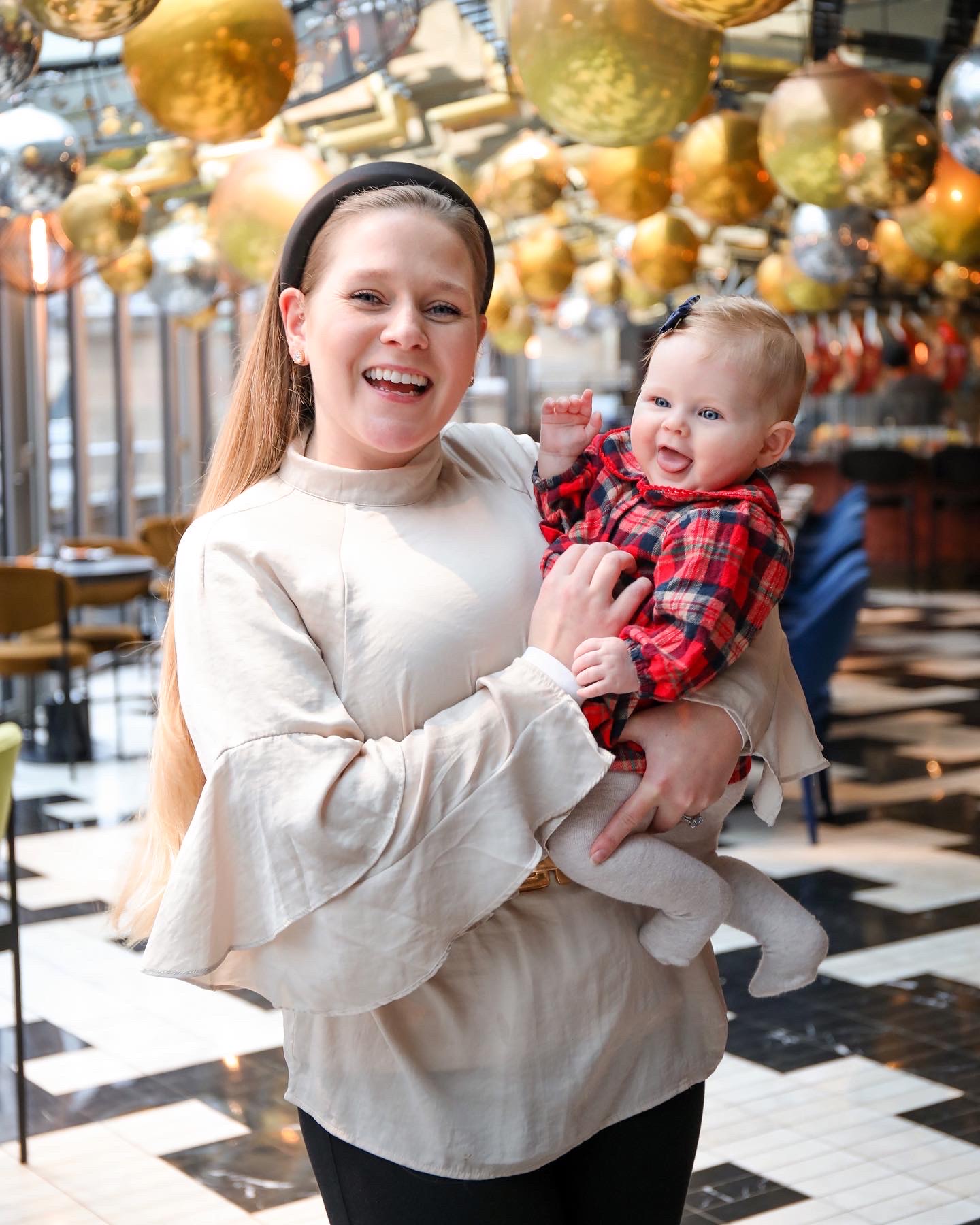 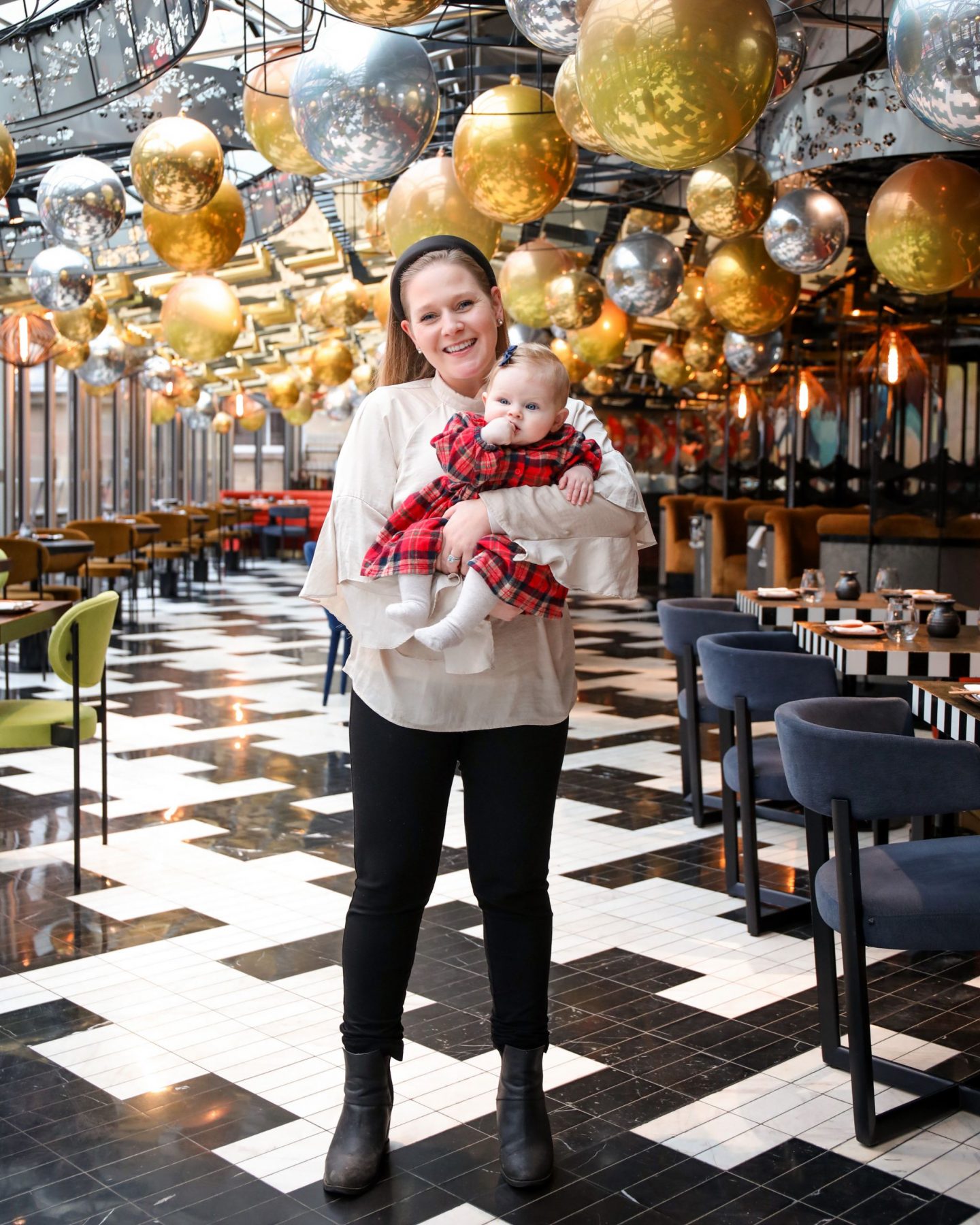 I ordered the Lychee-Lemongrass Collins. Two of my favourite flavours in a non-alcoholic cocktail.  Absolutely delicious and the perfect t way to kick off the meal. I’ve really been so impressed with non-alcoholic cocktails throughout pregnancy and my breast feeding journey. Not that I’ve ever felt pressure to drink, but it is always nice to have options that aren’t just a fizzy drink! 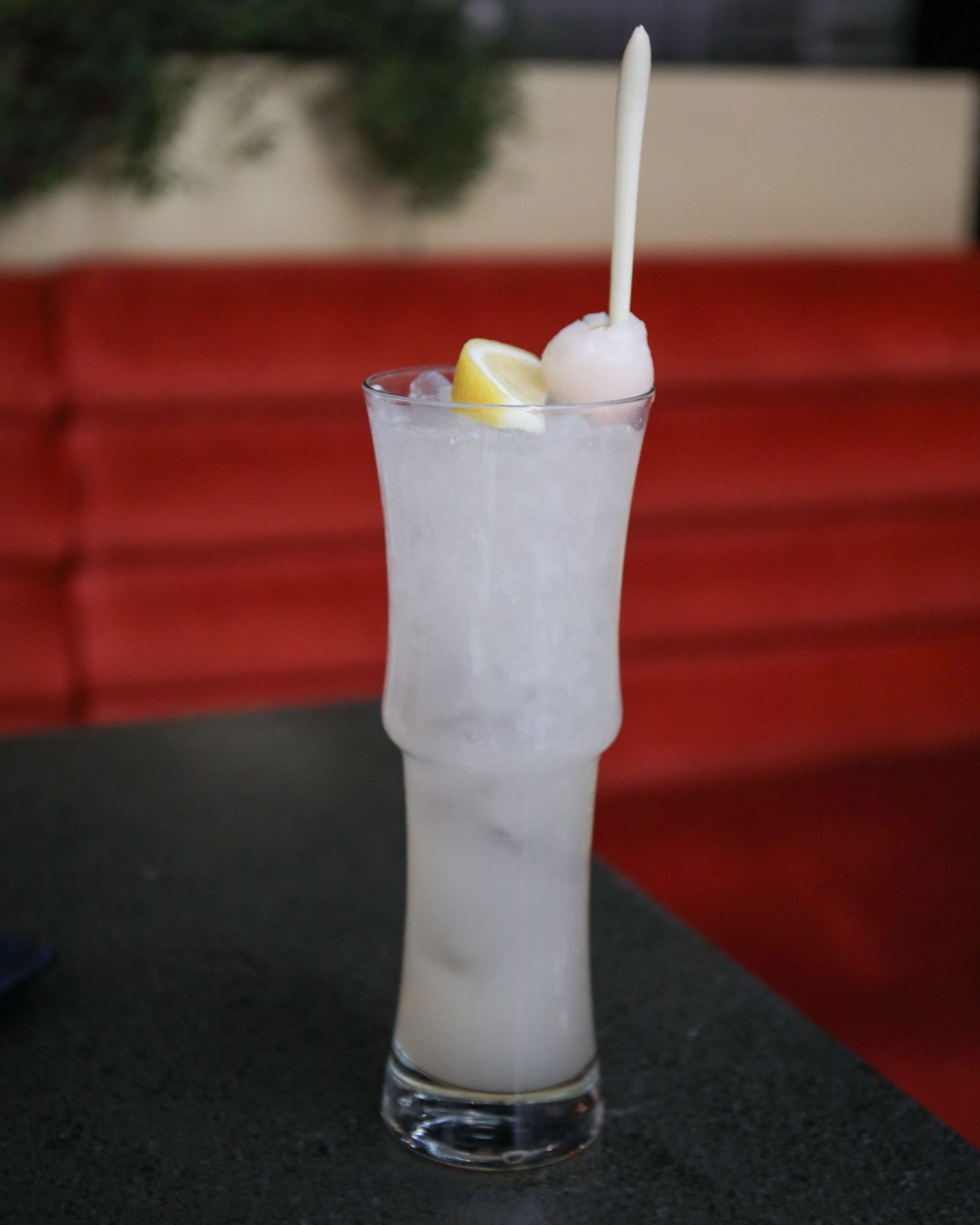 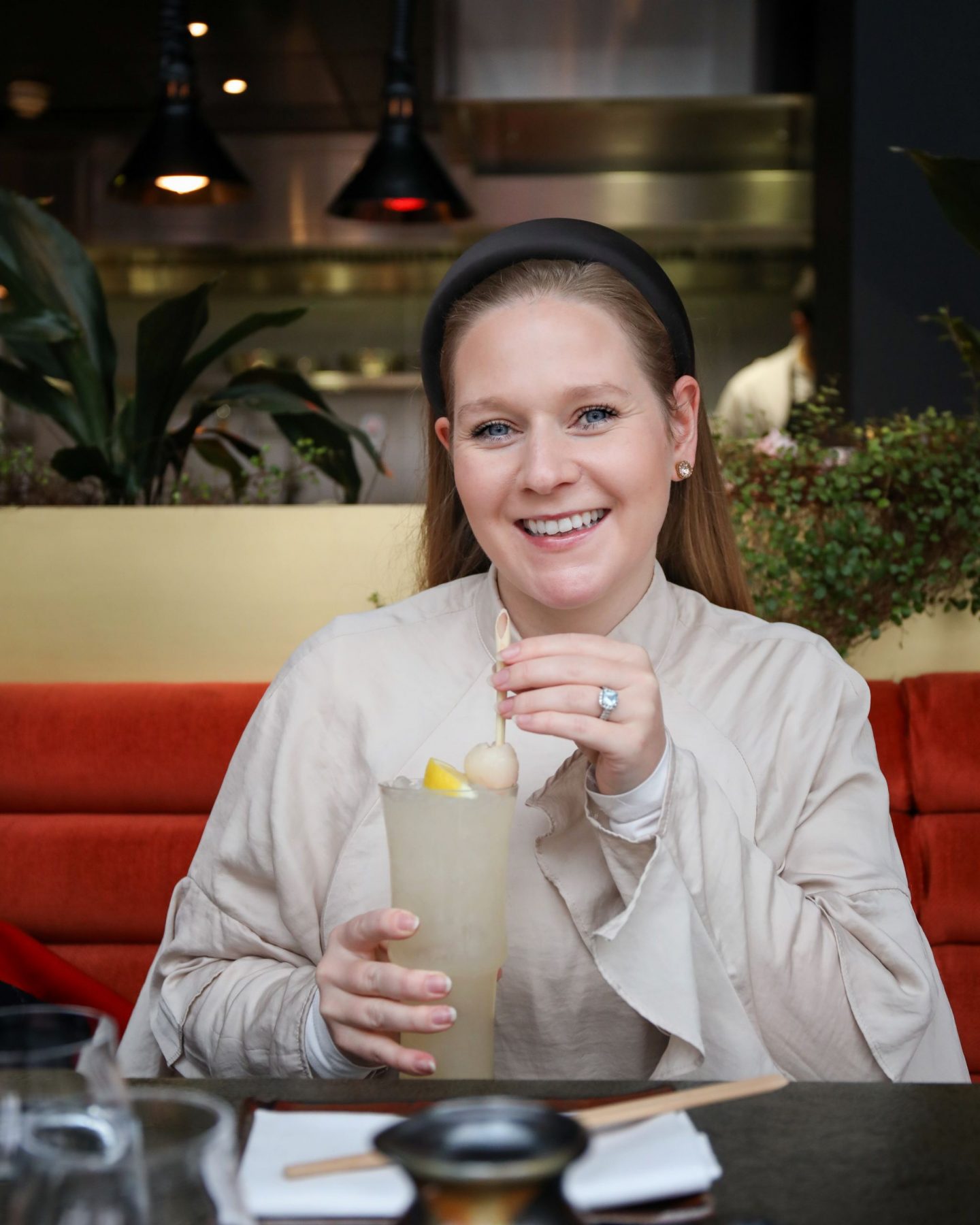 We ordered small, but our choices were so delicious. Ben isn’t typically a fan of aubergine, but I had a feeling the Eggplant with sweet soy would be special. It was incredible, I can actually taste it as I type! We also ordered the Negitoro. Tuna belly, spring onion, pickled wasabi, pickled takuwan and shisu all wrapped up in a samba roll. The two dishes were actually the perfect amount for us, but you could very easily order plate after plate of deliciousness for the food envy you inevitably feel looking at everyone else’s food! 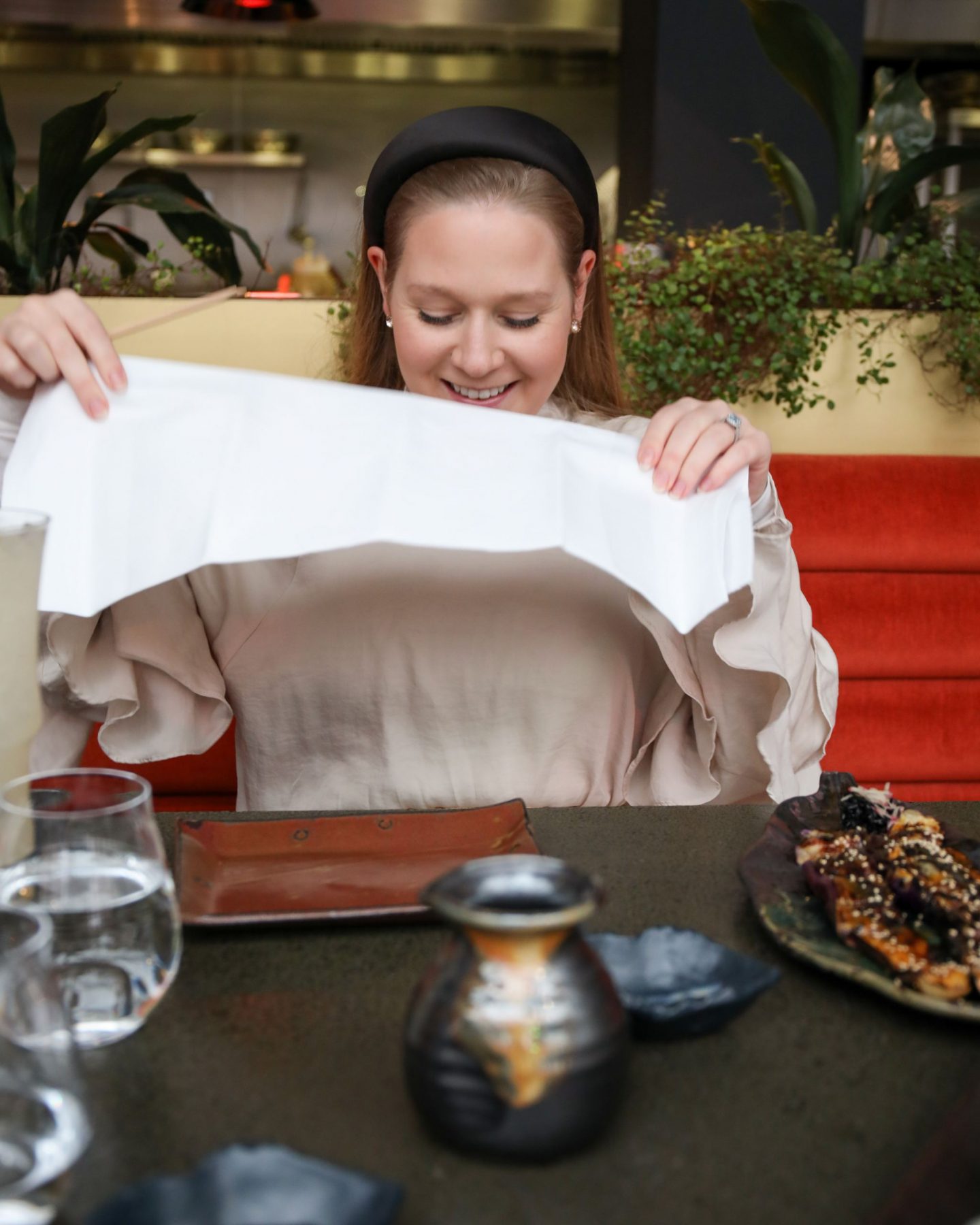 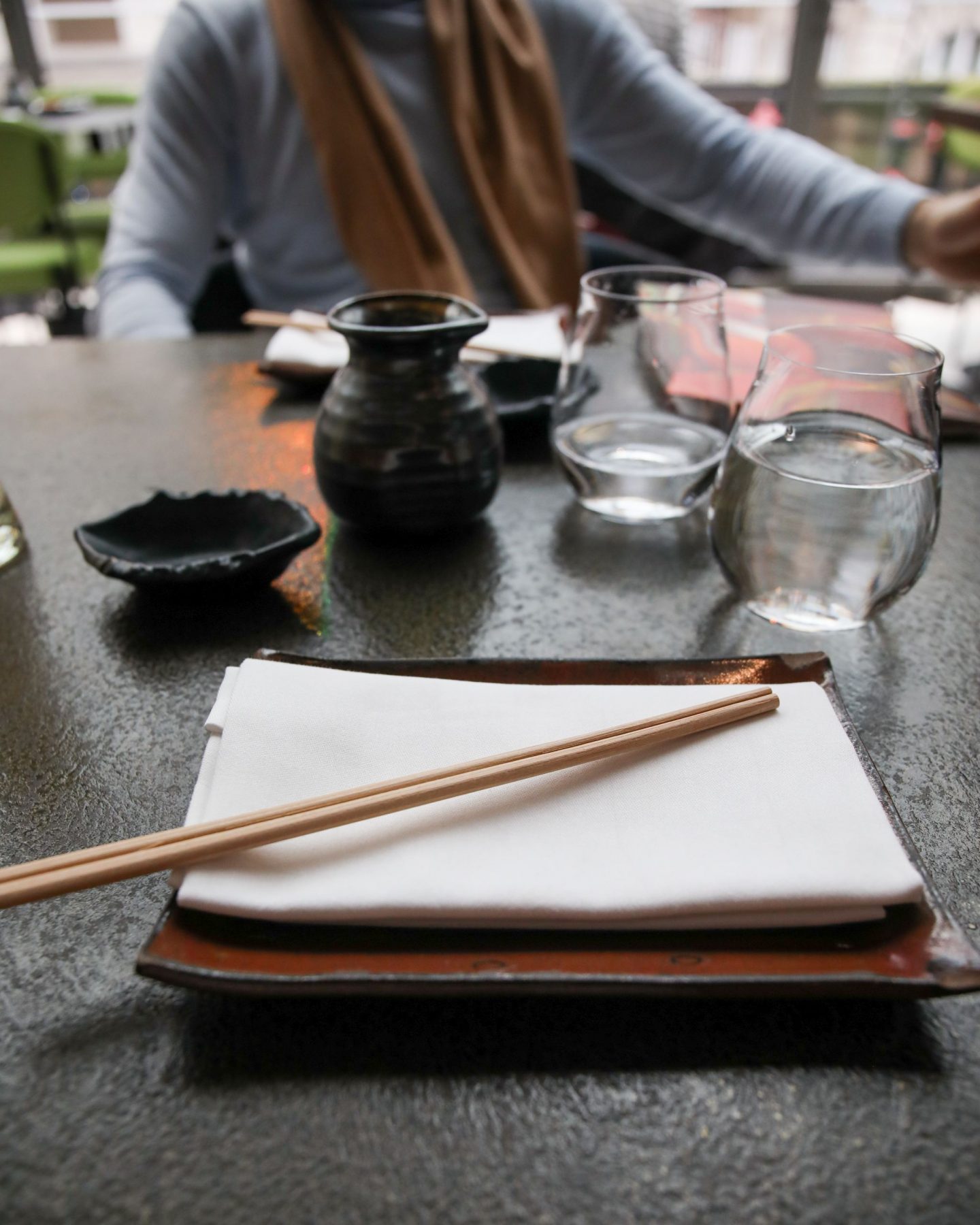 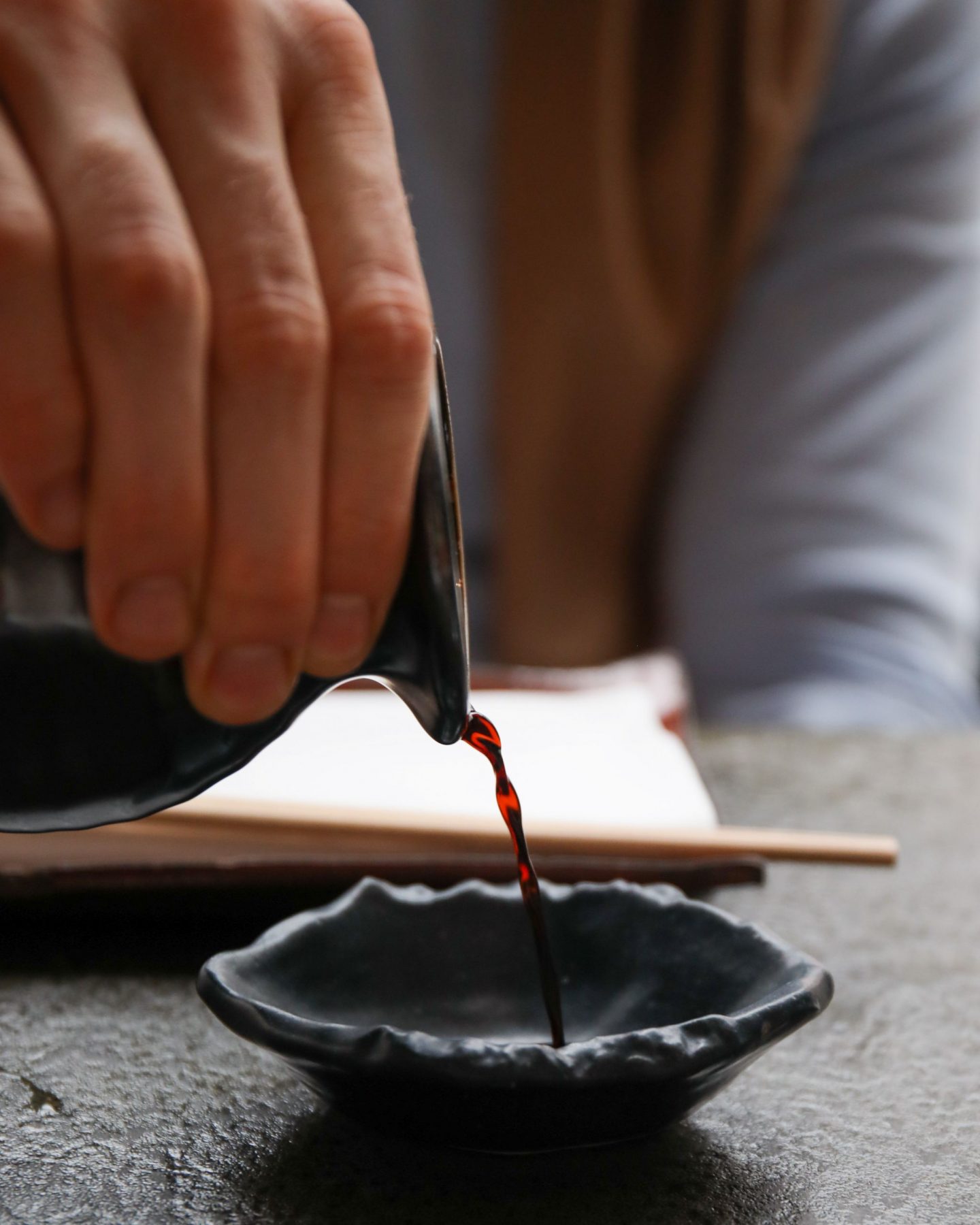 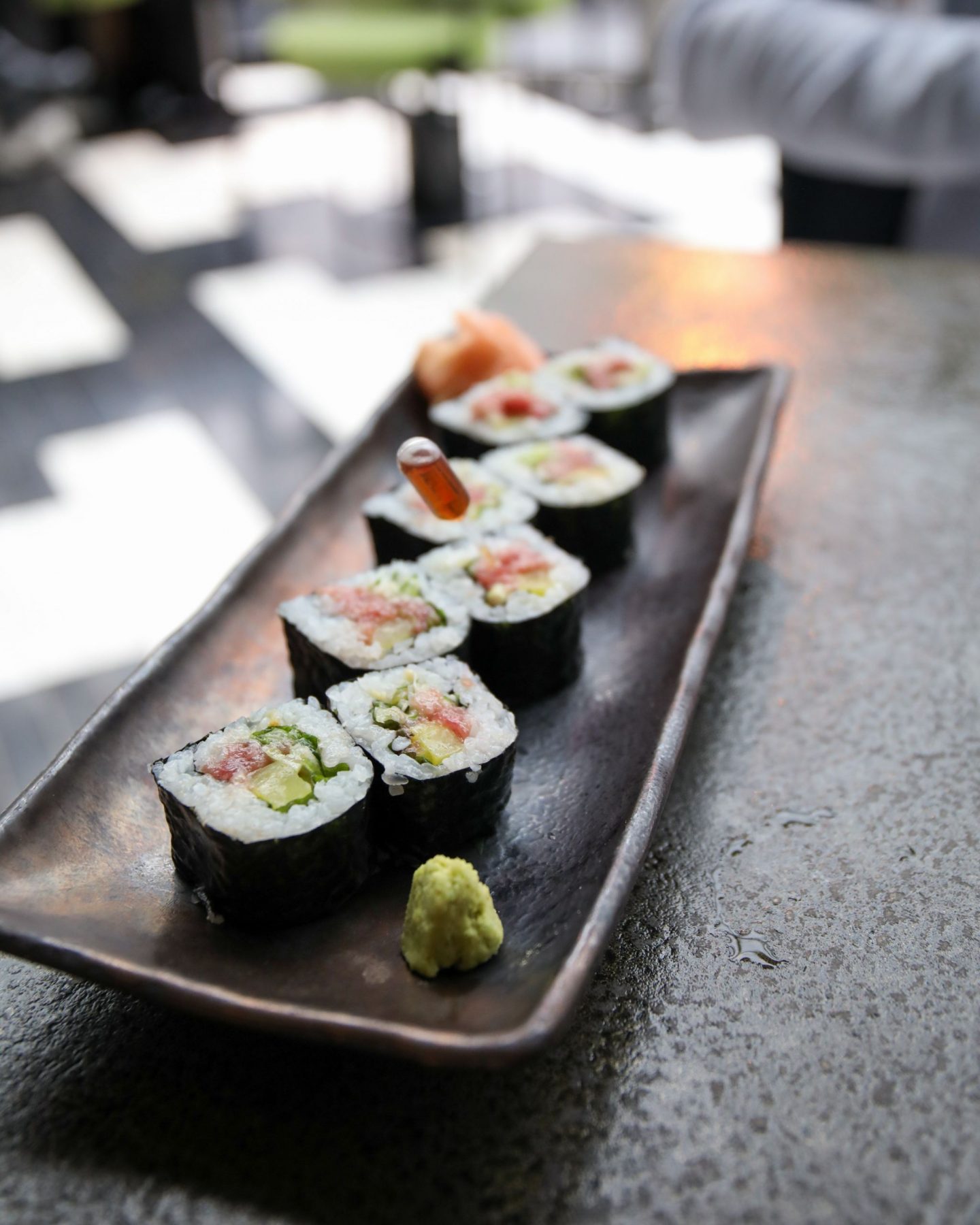 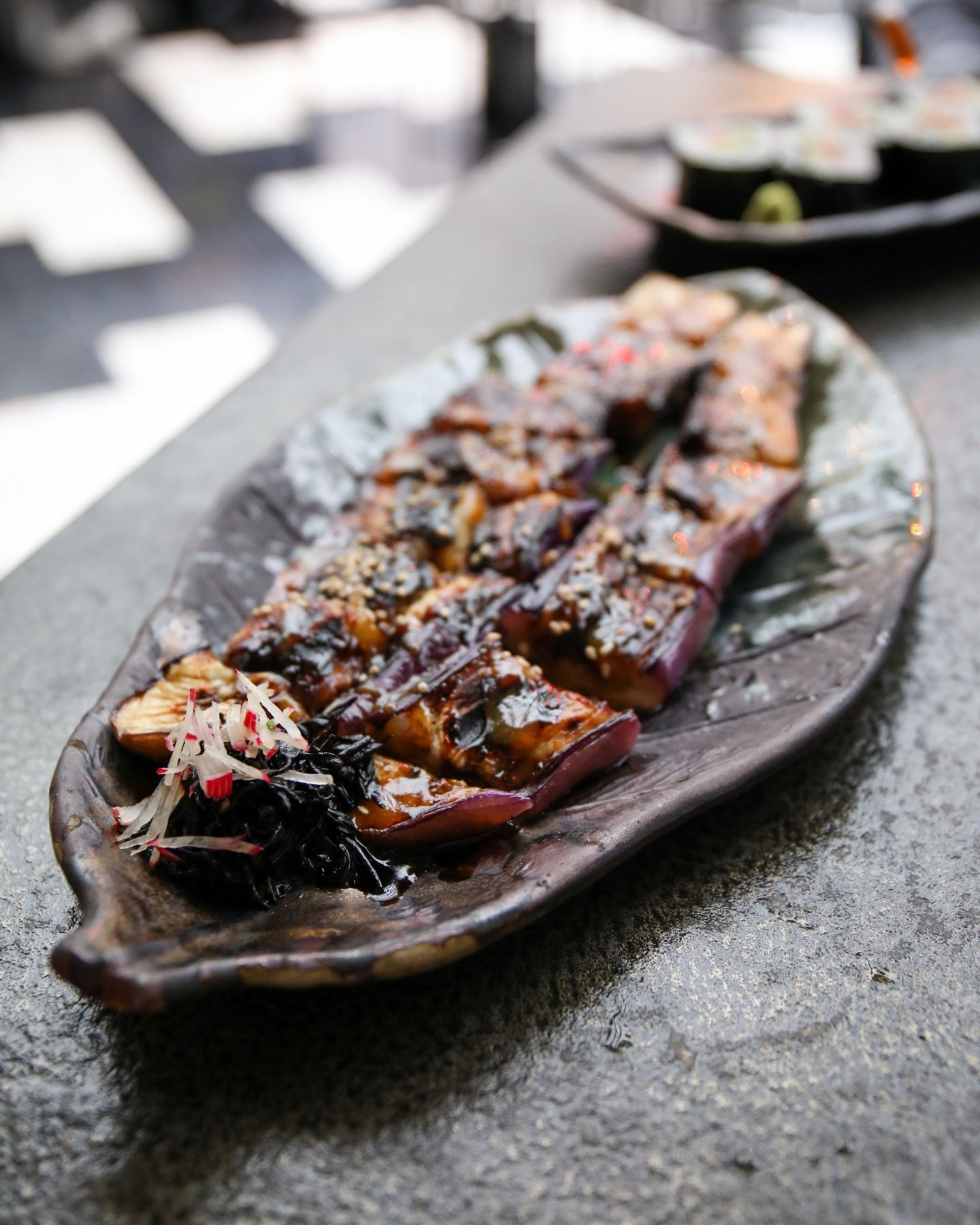 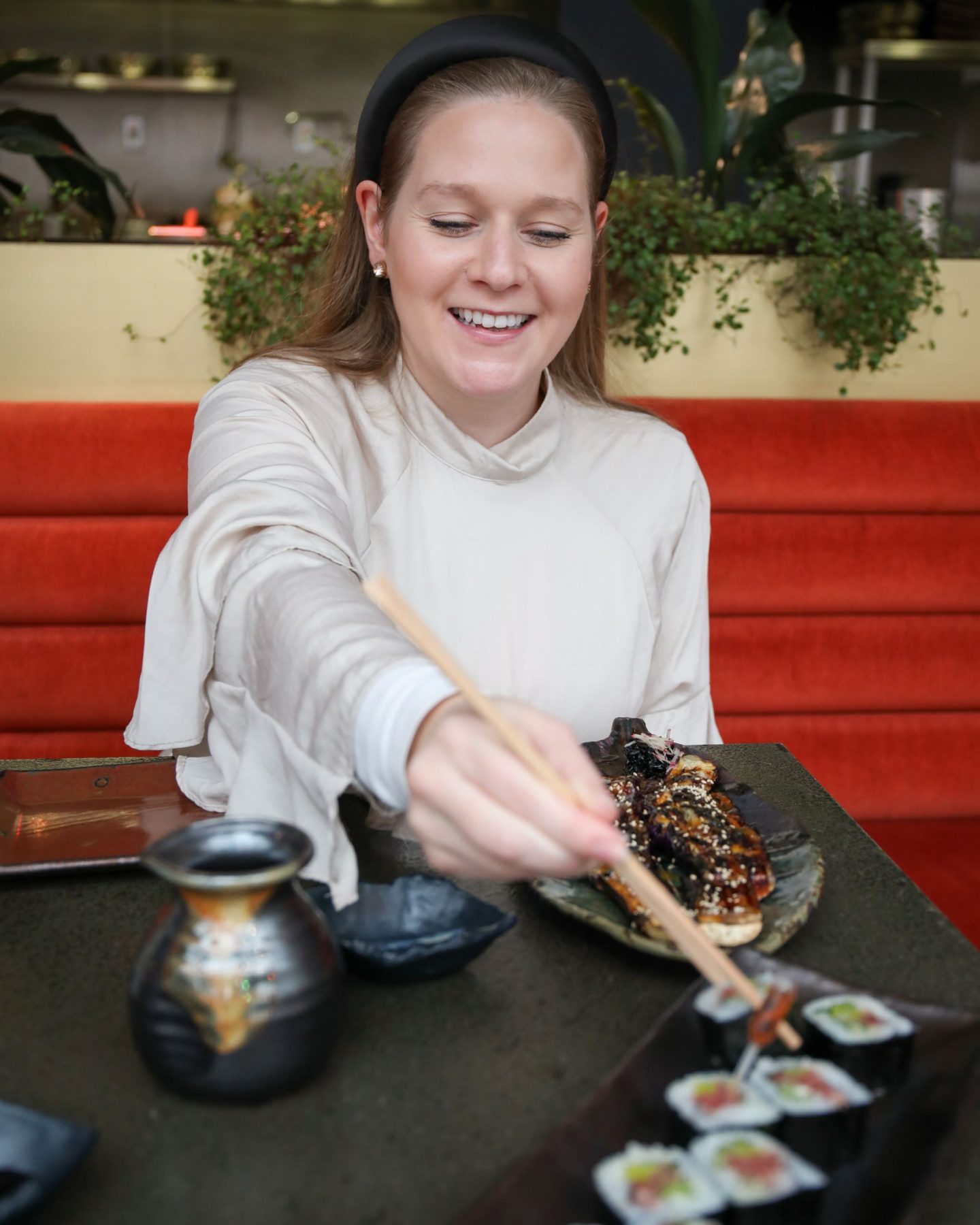 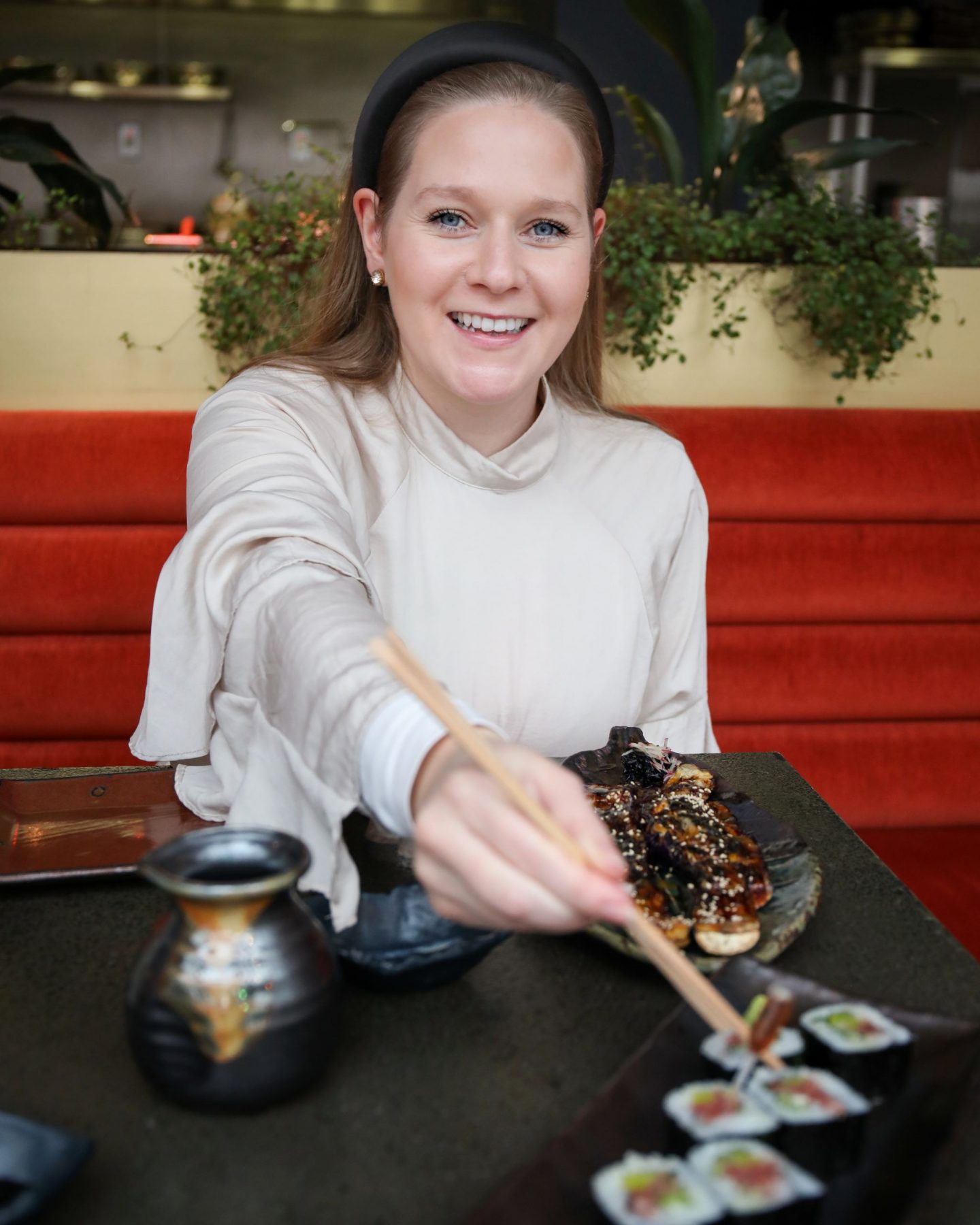 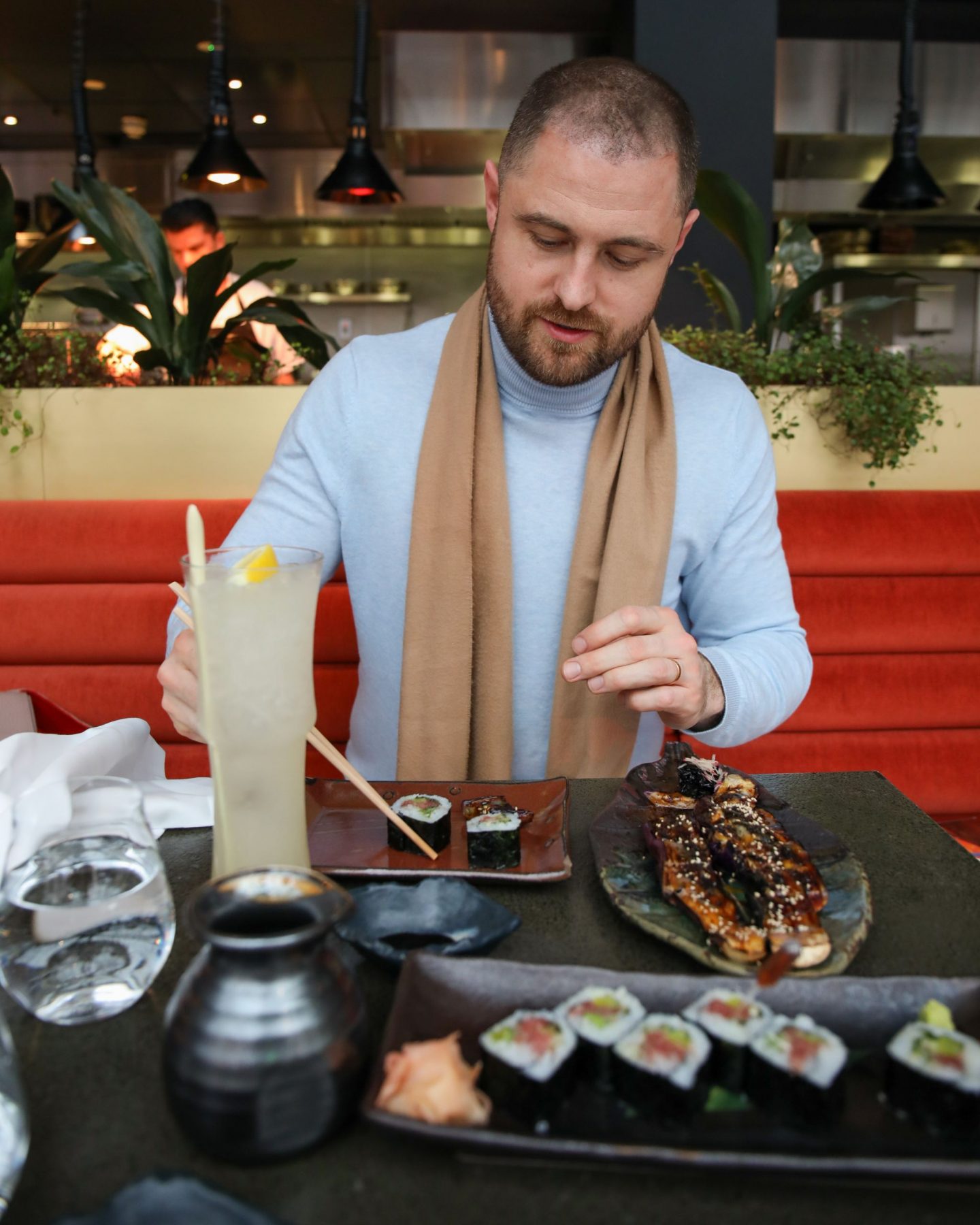 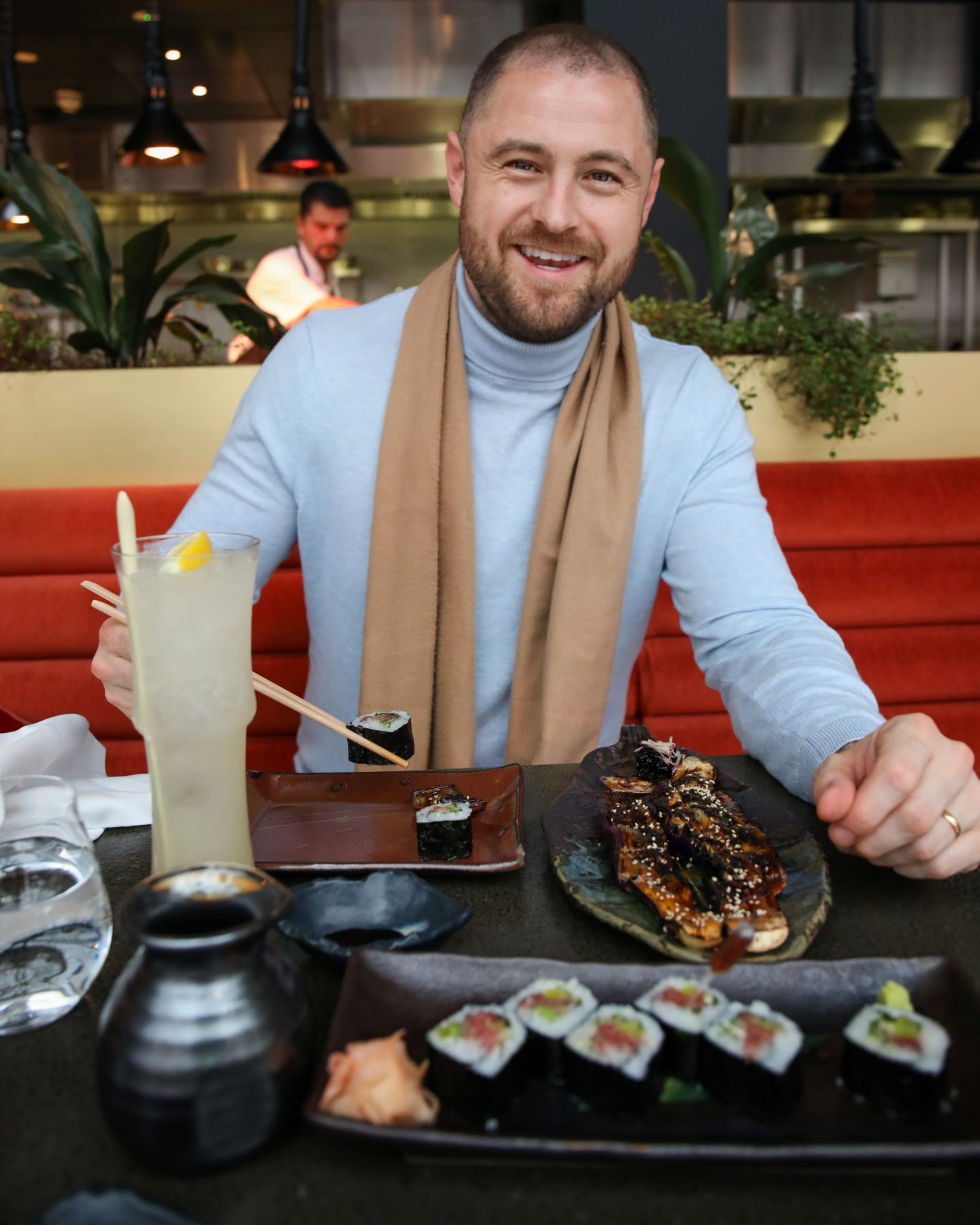 I can resist most things, but a Chocolate Banana Cake is not one of them. The. Best. Pudding. I have had in my ENTIRE LIFE! So delicious, from the actual sponge to the ice cream to the Plantain chip. It tasted like a hybrid sticky toffee pudding! 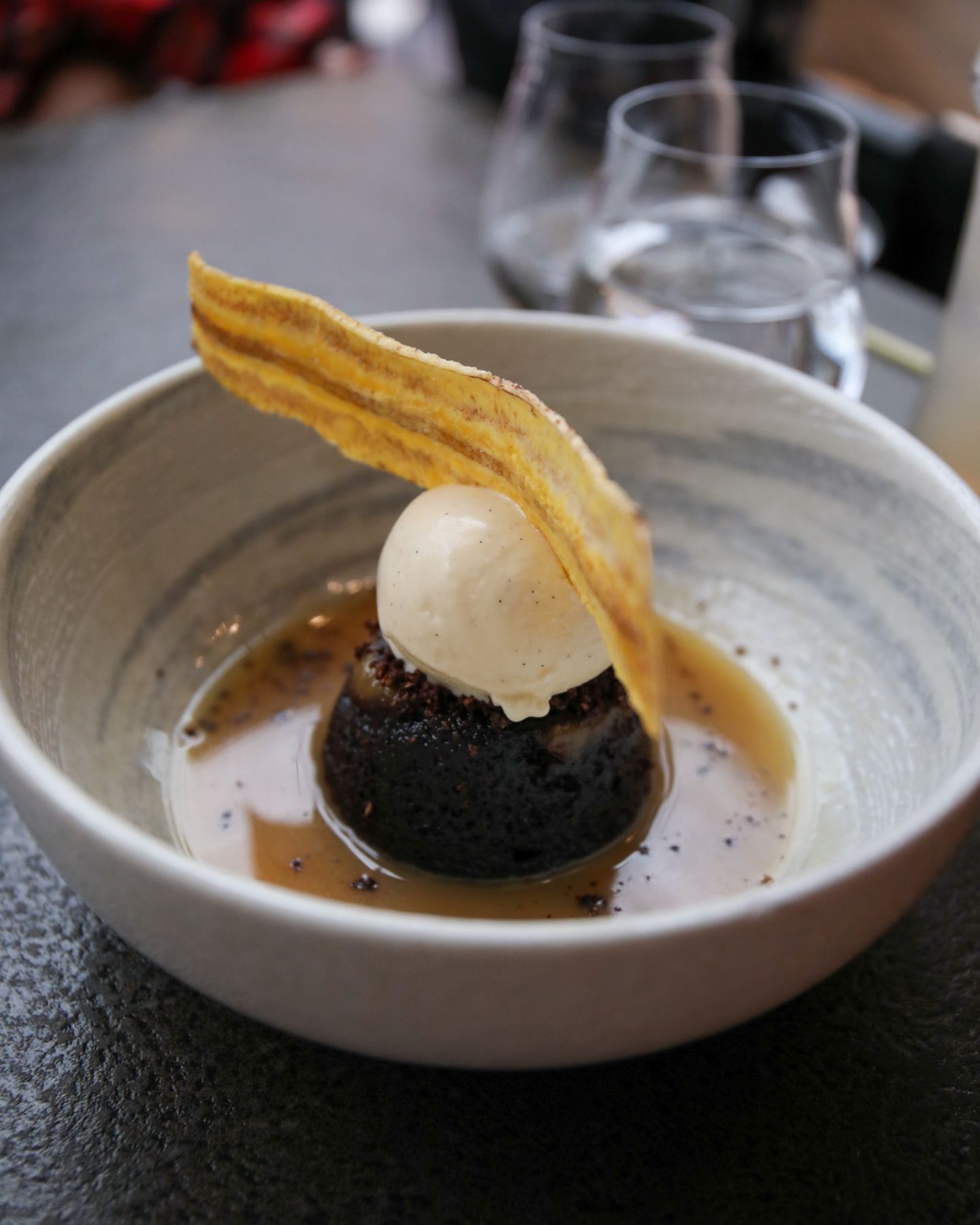 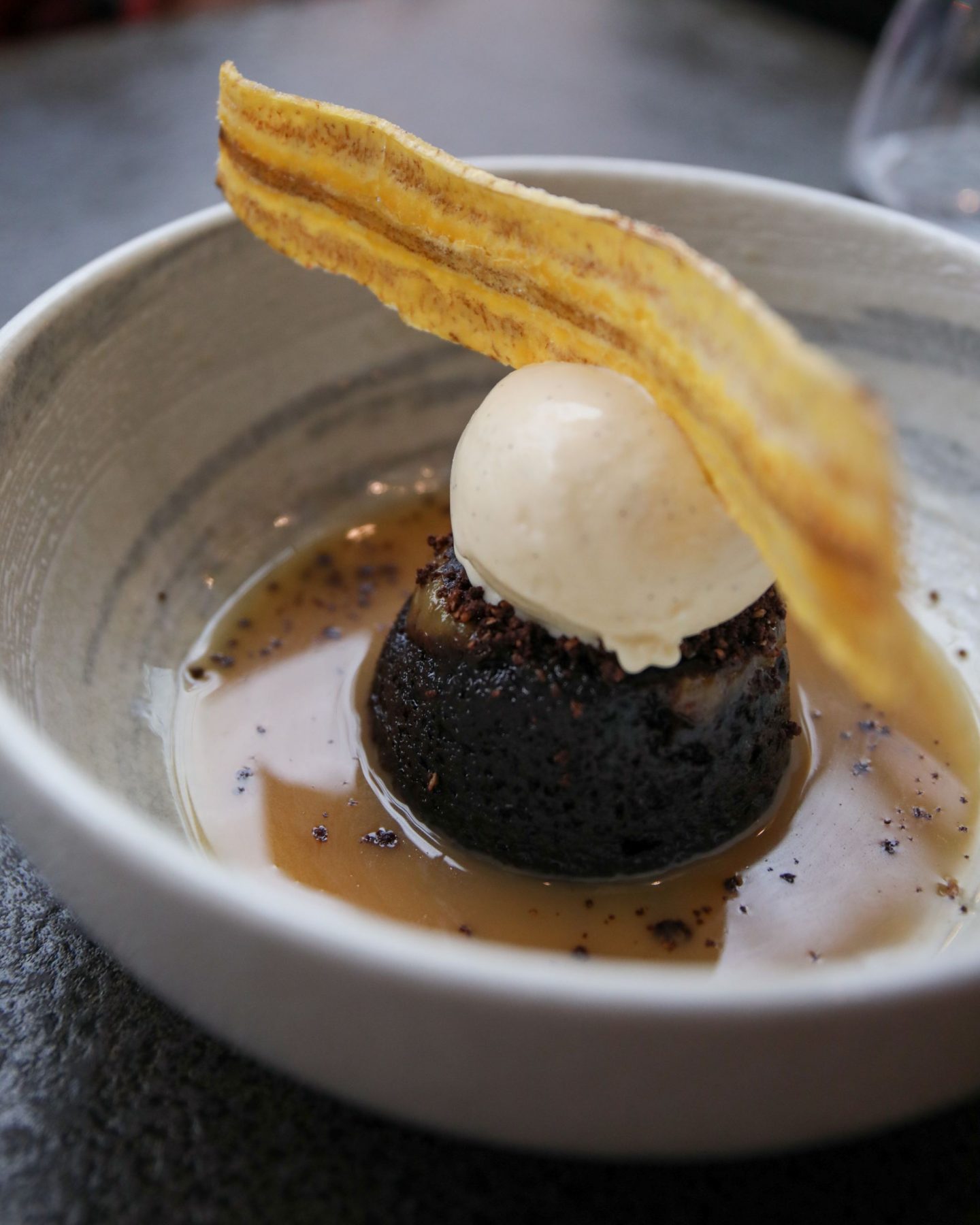 Honestly, the perfect day out to celebrate our little lady! 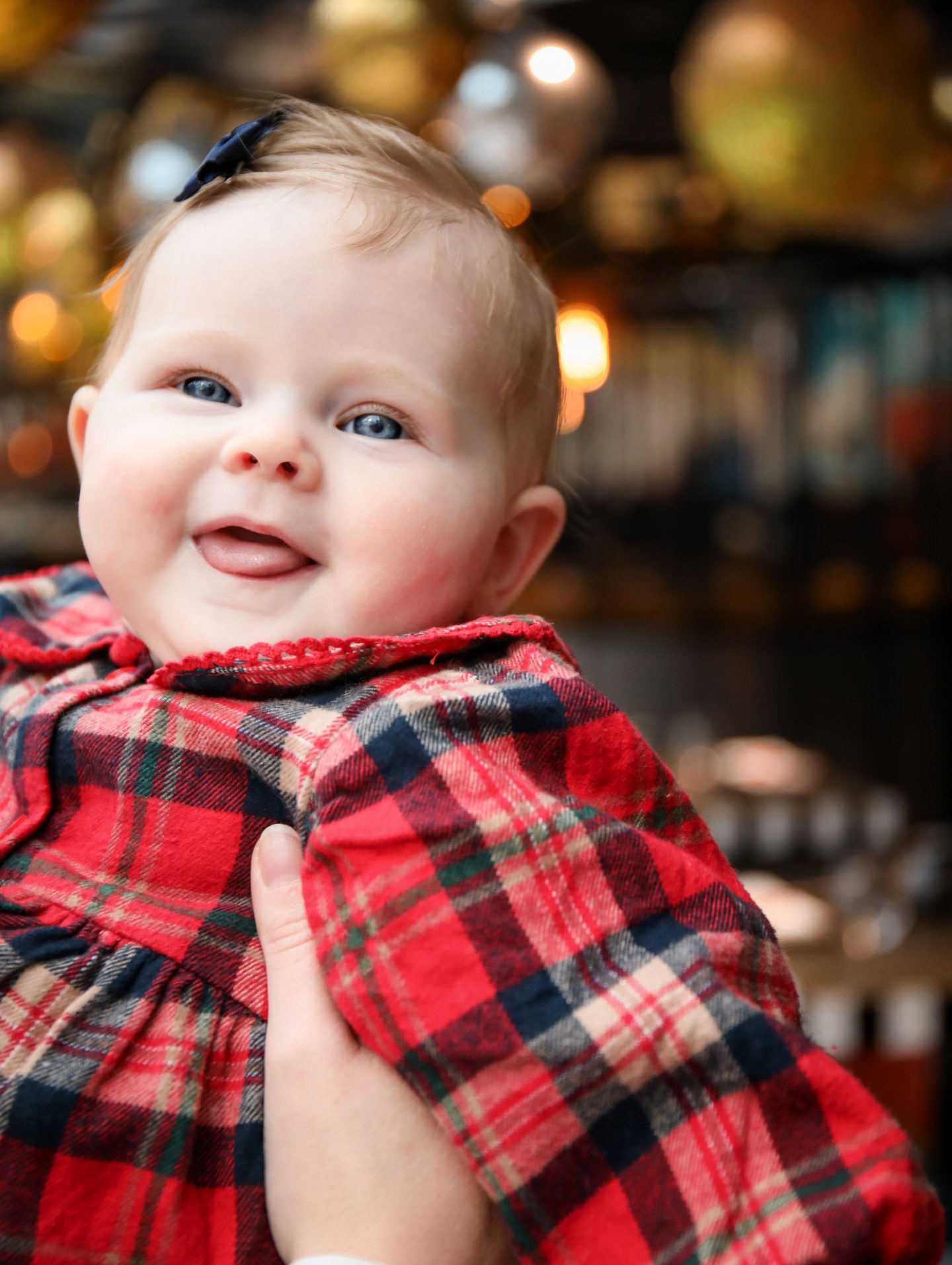