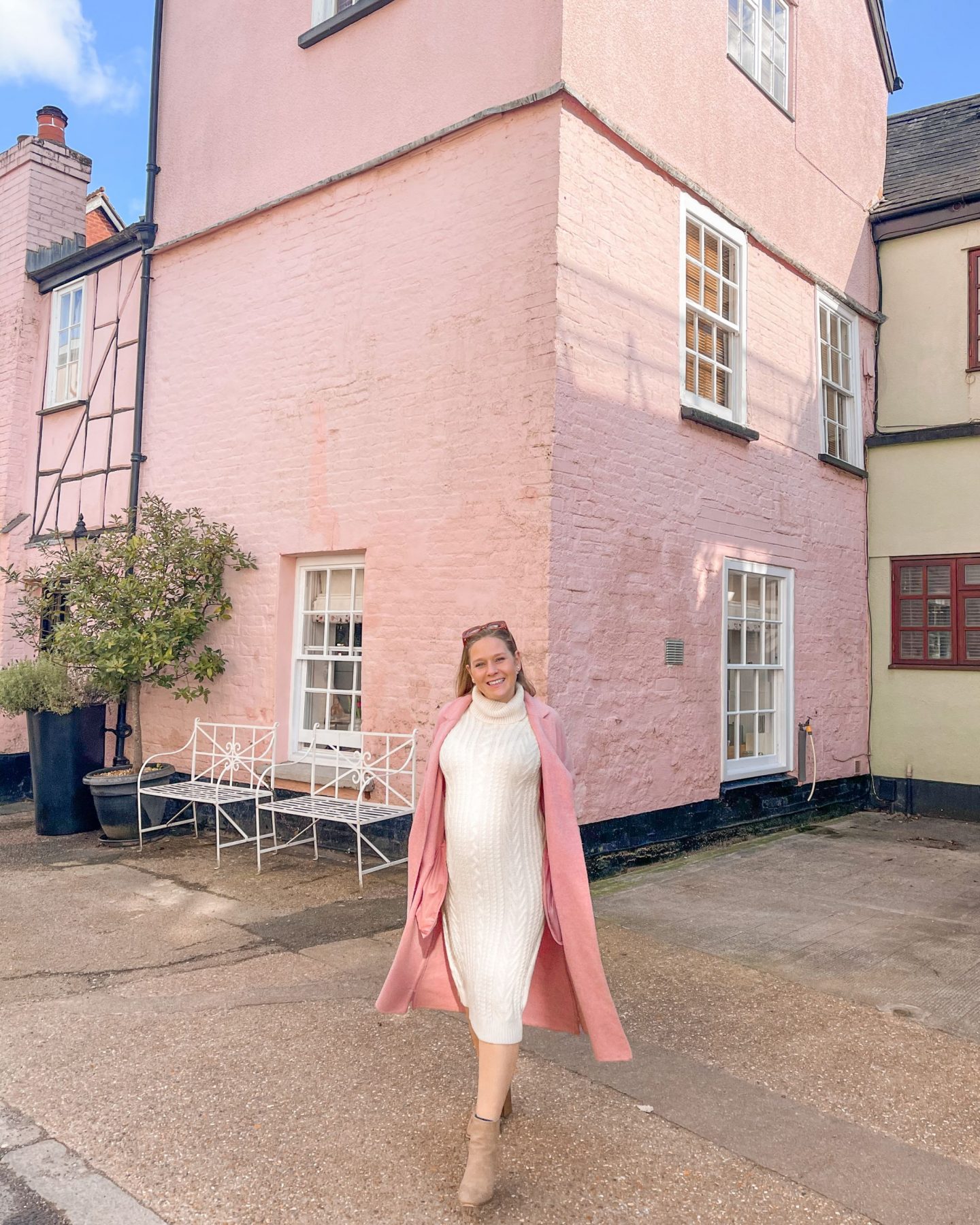 My last pregnancy update took us to the 12 week mark and we’re now well and truly into the second trimester. In fact, I write this just a day before the 20 week mark. And two days before our 20 week scan! I found the latter part of the first trimester incredibly hard. Being completely knocked out by sickness and unable to leave the house most days was exhausting. I wondered if I would ever feel myself again.

So many things made me feel ill and the sickness didn’t leave me until I hit the 16 week mark. Tea and Coffee (decaf obviously), chocolate, tofu and meat substitutes, bread products (toast, crumpets etc), mushrooms, eggs and a whole host of other inoffensive foods made me run for the bathroom. I couldn’t brush my teeth without gagging. Had to drive with the windows down in the car because the dogs breath was so strong. And I banned all scents in the house. Including candles and fragrances. Cleaning was an absolute no go too – lucky Ben!

Because I typically struggle to swallow pills, I chose Pregnacare Vegan Gummies as my multivitamin. I had been taking them before I got pregnant to prepare my body and try to raise my folic acid levels, but it became quite evident that these would have to go too. I would force them down every day, even gagging at the thought of them. And when one day they didn’t even reach my throat, Ben went straight online and bought me the pill versions. You only have to take one pill a day and it contains all the vitamins and minerals you need to keep your body topped up during pregnancy. I still struggle to swallow it, but it’s so much less offensive than the gummies.

For anyone reading this that’s also struggling to keep things down, none of the ‘typical’ suggestions worked for me. The thought of dried biscuits or rice cakes by my bed made my stomach turn. For a few weeks Ben brought me a slice of toast in bed, so I didn’t have to get up on an empty stomach. That stopped when the toast started to come back up and I saw my friend Chessie mention that she was having cereal in the morning. Knowing I wouldn’t be able to stomach plant milk in cereal, I chose to switch back to cows milk and tried a variety of cereals. Cocoa Pops and Sainsbury’s own brand Chocolate Granola seemed to work for me (ironic as I wasn’t eating chocolate..!)

If I kept my stomach full of food (eating small frequent meals throughout the day) I managed to cheat the sickness a little. Sliced fresh red pepper, cucumber, watermelon, strawberries, raw carrot and iceberg lettuce seemed to always go down well. I made myself little plates of veggies with hummus which would help me get through the day. I also had to make sure I ate something just before I went to bed, as insomnia was waking me up at night and not being able to sleep was making my stomach turn again… No cravings, just so many food aversions! Thankfully, I’ve started to widen my culinary horizons again and am able to eat more in the second trimester.

During the first trimester, I was lucky if I managed to put clothes on each day. Now I’m feeling a bit better in the second trimester, I’ve set myself the challenge to walk 10k steps a day to try and keep as fit as possible. Most days I’ve been managing and exceeding my target, but I don’t beat myself up if it doesn’t happen.

In terms of diet, I’ve been lucky to want lots of colourful fruits and vegetables. But they’re definitely balanced out with naughty sweet treats!

In the UK, you typically have an initial consultation with your midwife at around the 9/10 week mark. During this, they’re incredibly thorough at looking into your medical and mental health as well as family health. To detect whether you’re a high or low risk pregnancy. Because of Covid, this was a phone call for me and luckily there were no red flags. So my next appointment (my 12 week scan) was booked in. 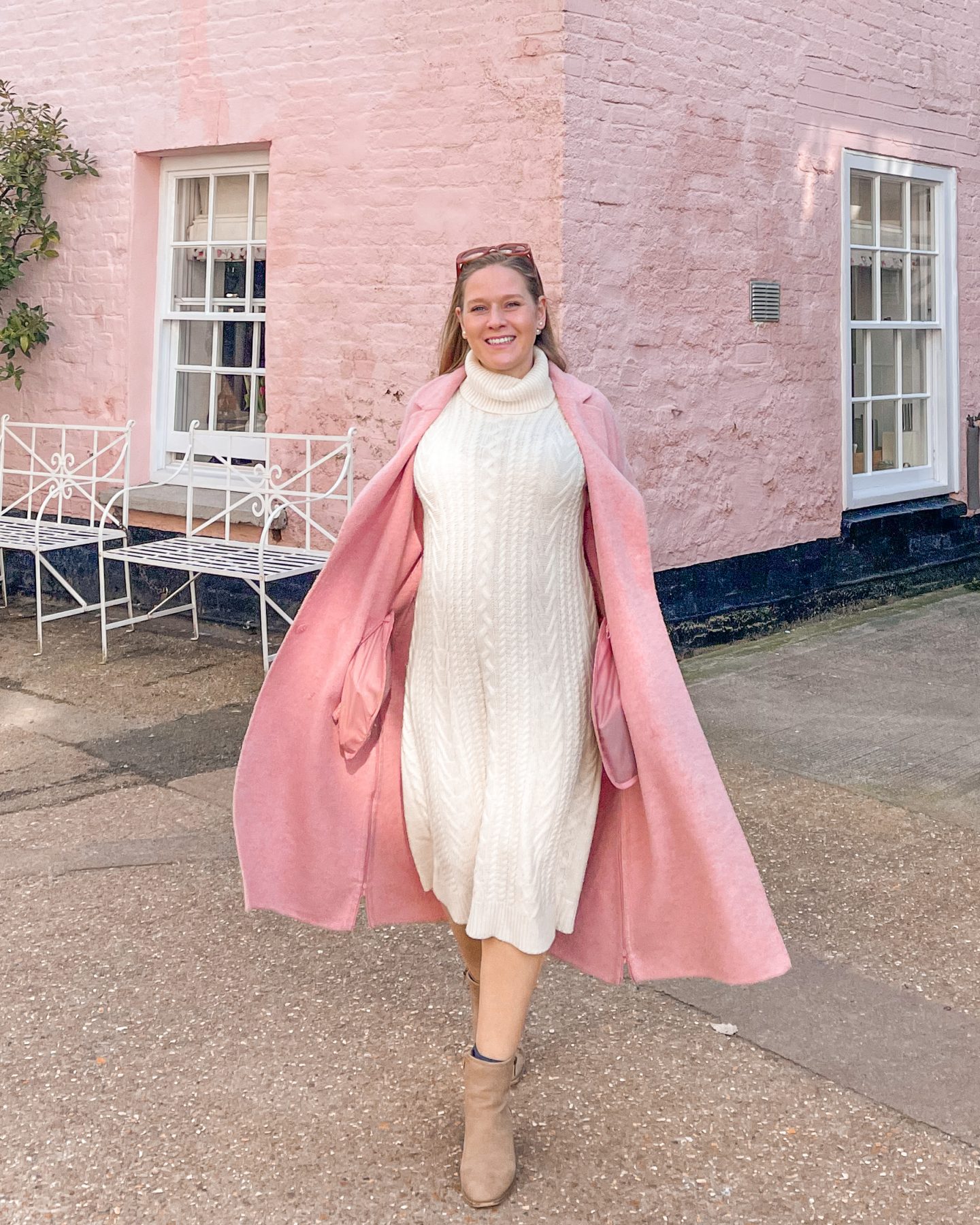 My first midwife meeting came at the 17 week mark. Unfortunately, my midwife was off work, so I didn’t get the chance to meet her. But I had a wonderful stand in midwife who was brilliant. We ran through my blood results from my scan, did a urine sample, blood pressure check and a hands on feel of my stomach area. Everything went smoothly until it came time to do the Doppler. Ben hadn’t been allowed into the appointment to reduce risk of Covid contamination. So I was allowed to film the heartbeat. The midwife just asked that I let her find it first, then I could record away.

Unfortunately, after about five unsuccessful tries she informed me that she was going to have to refer me to the hospital for an emergency scan. I forced myself to remain as calm as possible as I sat silently beside her and she called the hospital. Understandably, they were incredibly busy and not picking up the phone. I could feel the anxiety building as she kept trying. Eventually she called the Triage Team and told them she would send me there, while she kept trying to call.

I had tried to text Ben to let him know what was going on. But there was no signal in the GP surgery. Instead, I said goodbye to the midwife who promised she would call me later and headed for the exit. The minute I saw Ben I burst into tears and said we needed to go to the hospital because she couldn’t find a heartbeat. Cool as a cucumber, he gave me a kiss on the head, wiped my tears, took my hand and we marched off to the hospital together.

The hospital were brilliant. They were expecting us as soon as we arrived and let us sit together in reception (usually you’re separated for Covid distancing purposes). We were only waiting about 15 minutes before the Sonographer called us in. She was quick and professional and I could tell she was preparing herself to give us the worst news.

I refused to look at the screen, looking only at Ben until she said ‘Look, everything’s fine! You can see the heart beating away and baby is even giving you a wave!’ At that point I burst into tears of relief again. Armed with our scan snaps, we wiped away the jelly (and tears) and off we went. It seems that the reason the Midwife may have been unable to find the heartbeat is that I may have an anterior placenta (very common and not a worry). Which means that the placenta is towards the front of the womb rather than the back. This just acts as another layer making it harder for the Doppler to reach the baby. It also means that I may have to wait a little longer in the second trimester to feel babies first movements. Which I’m still unsure if I’ve felt yet!

Now we’re two days away from our midway scan, I’m feeling excited but a little apprehensive. Our last appointment experience has definitely left me with with a lot of anxiety and my sleep was really affected for about a week after that day. We’re planning on asking the Sonographer to write down the gender in an envelope. So that we can do a surprise virtual reveal over zoom, with our families, in a few weeks time when the first set of Covid restrictions ease! We’re also looking forward to a more in-depth look at our little one during the scan, as they check each of the features.

Ben has been a beacon of positivity throughout the pregnancy and such a rock when I’ve had little wobbles. So far, so good in the second trimester, but I realise there’s a whole seven weeks of it left yet! 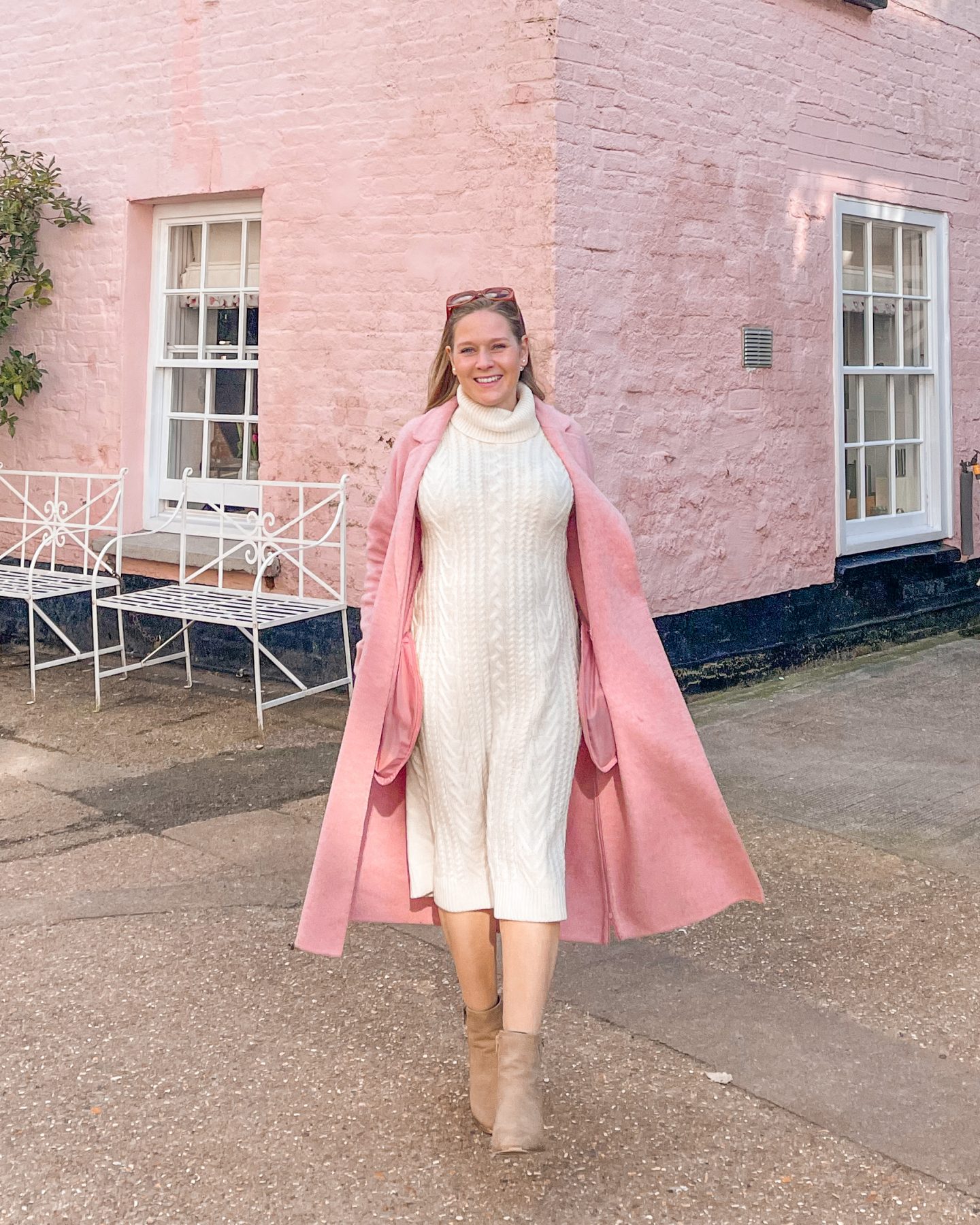