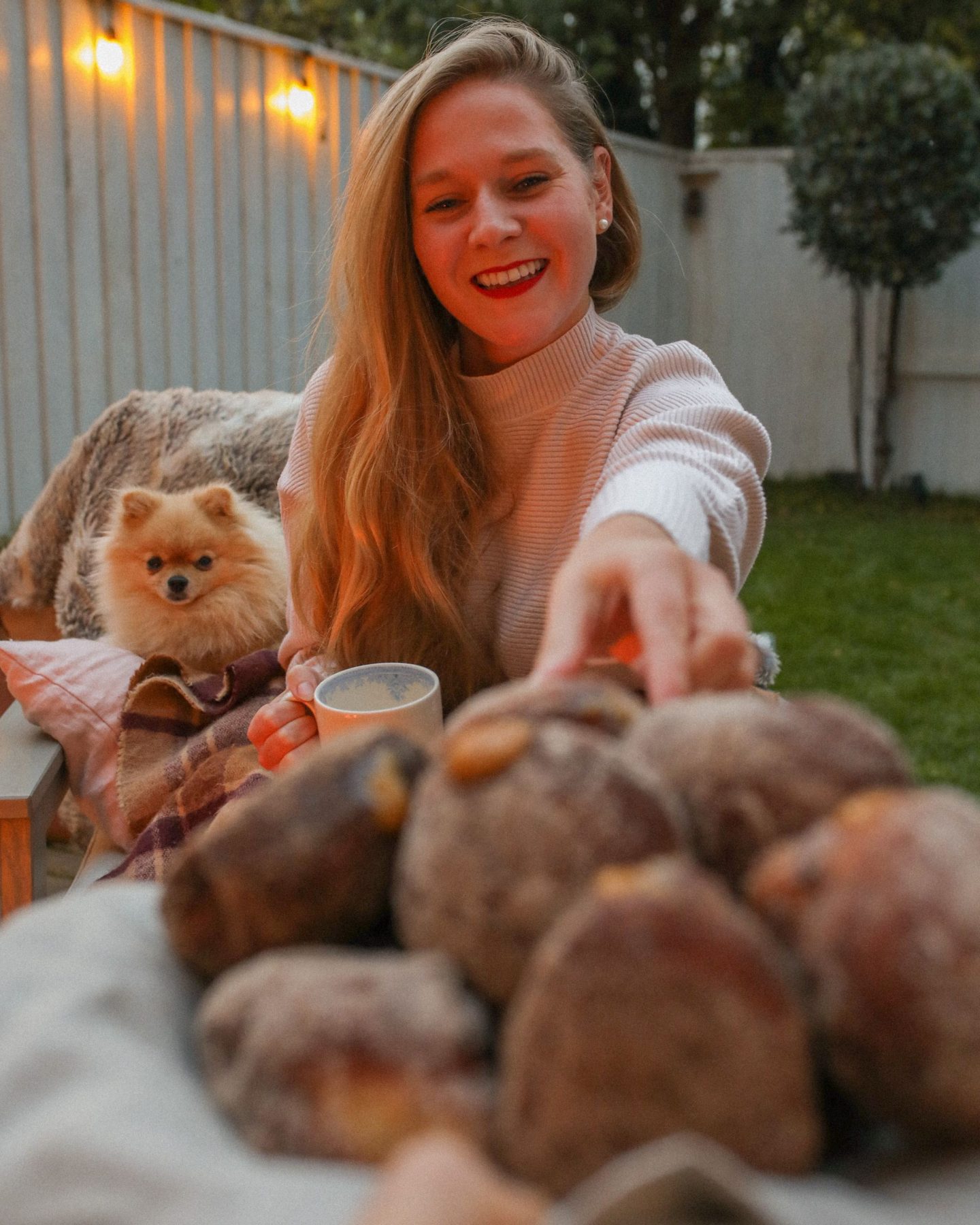 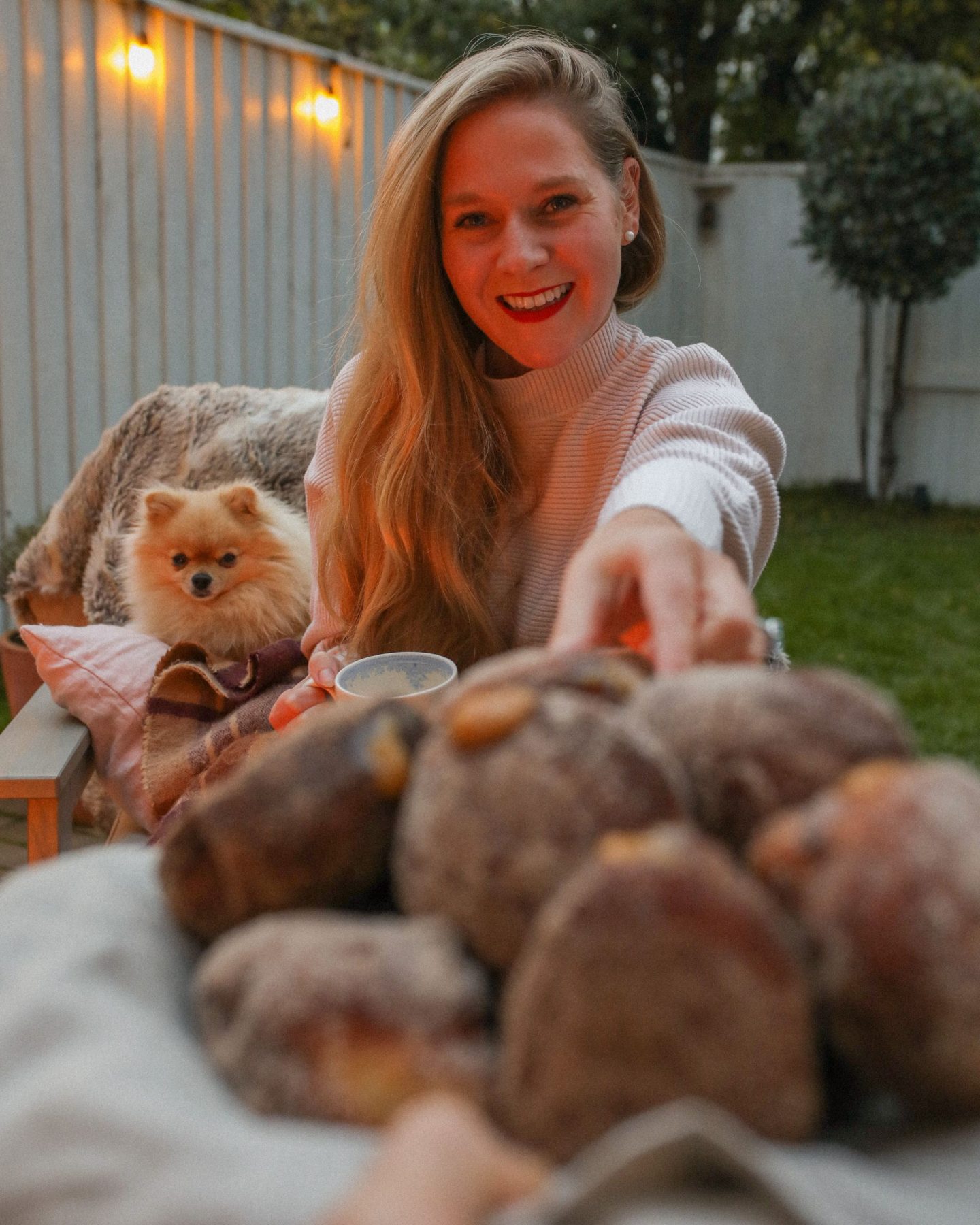 I have never made doughnuts until I made these. Just to make that clear from the offset. I was PANICKING about them, whether these would work or not. Quite honestly, I would go as far as to say they were easy! The recipe is adapted from the ‘Leon Fast Vegan Cookbook‘ but was actually created by Lauren Watts, the founder of Dough Society which was a vegan doughnut and coffee shop in Hackney (sadly now closed). Lauren adapted the recipe she’s perfected over the last 20 years, specifically for home baking and it’s so good!

The doughnuts themselves have a delicious sour dough flavour and texture, paired with the toffee apple filling and cinnamon sugar, it’s a true autumn comfort food! Oh, did I mention they’re also vegan? 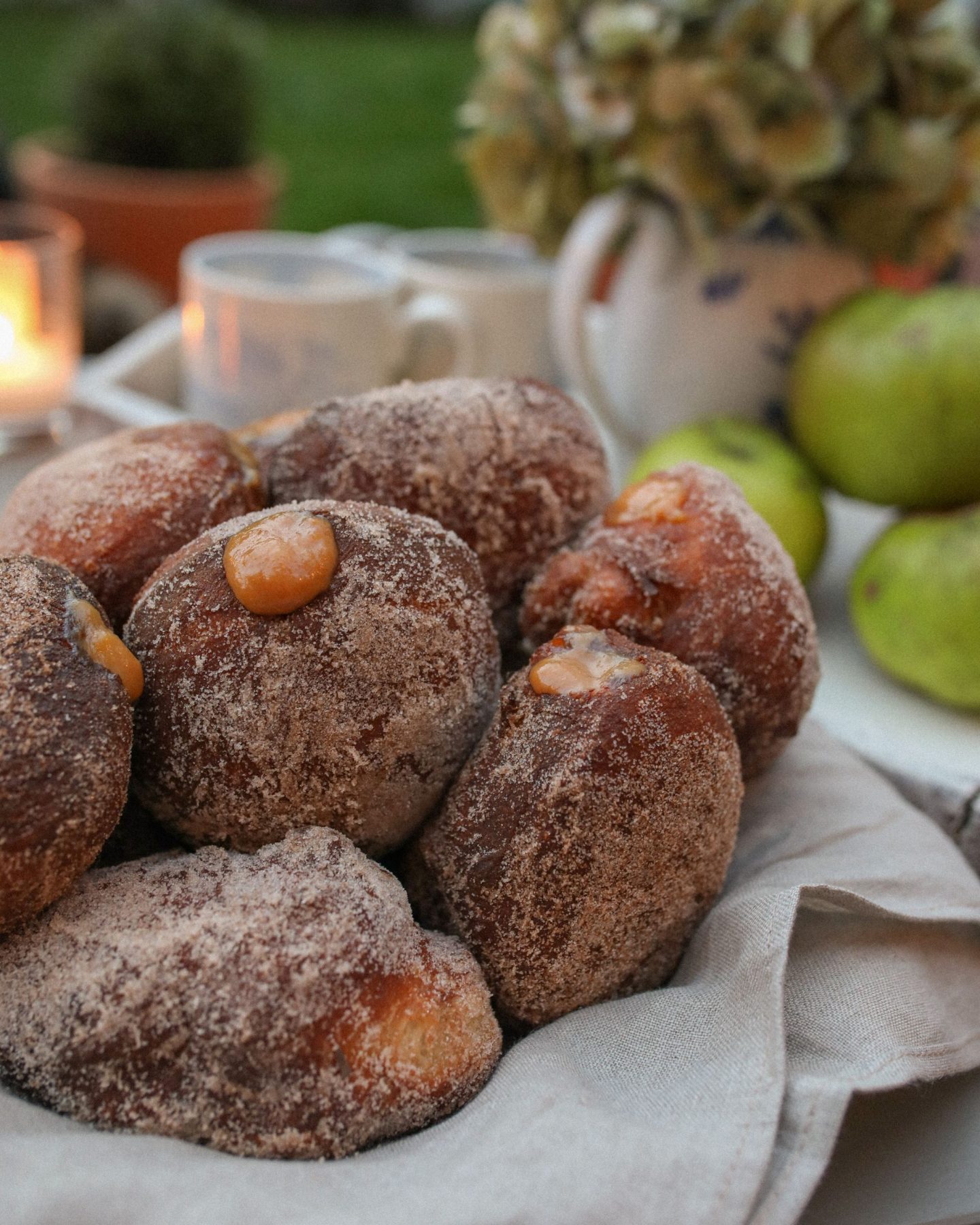 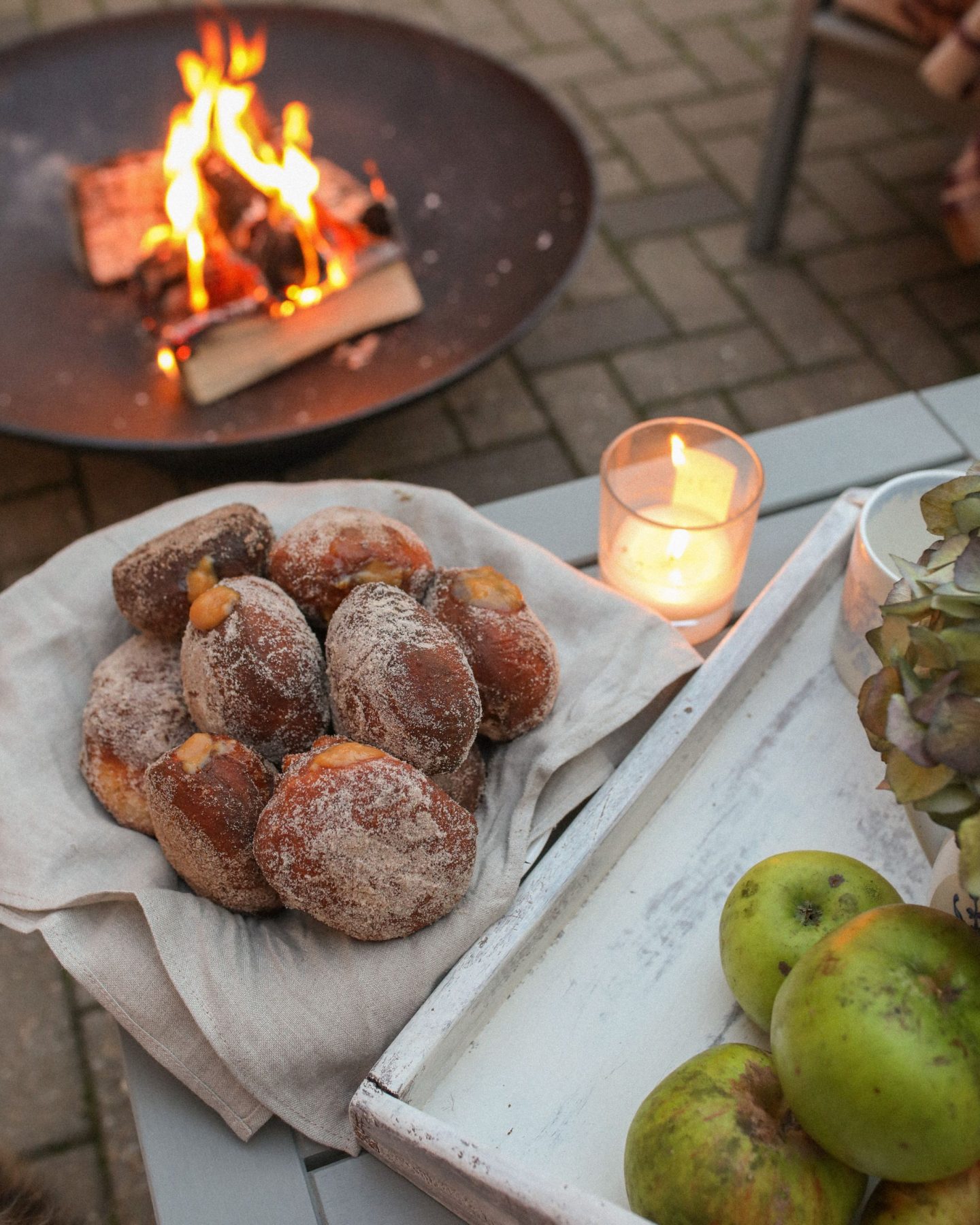 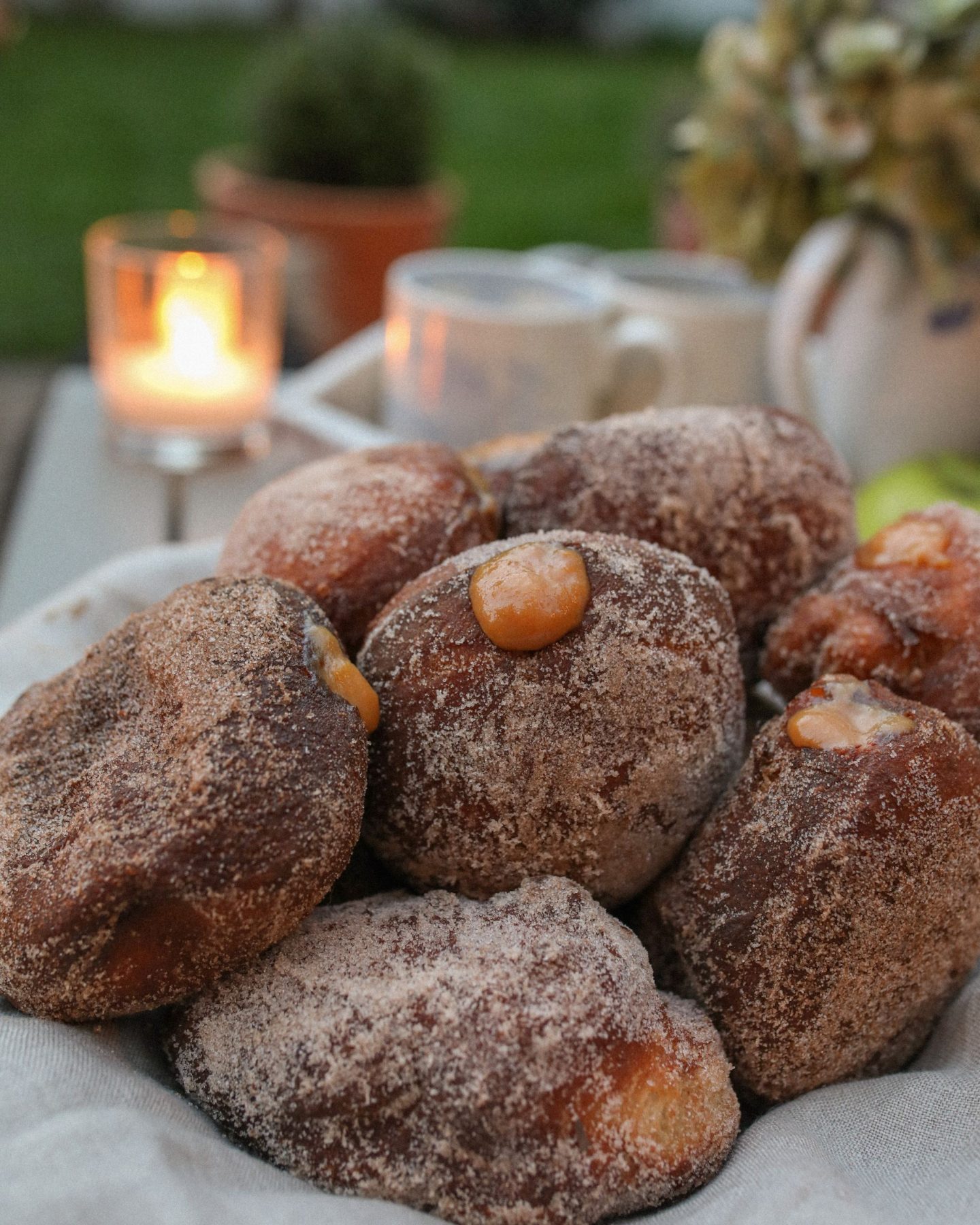 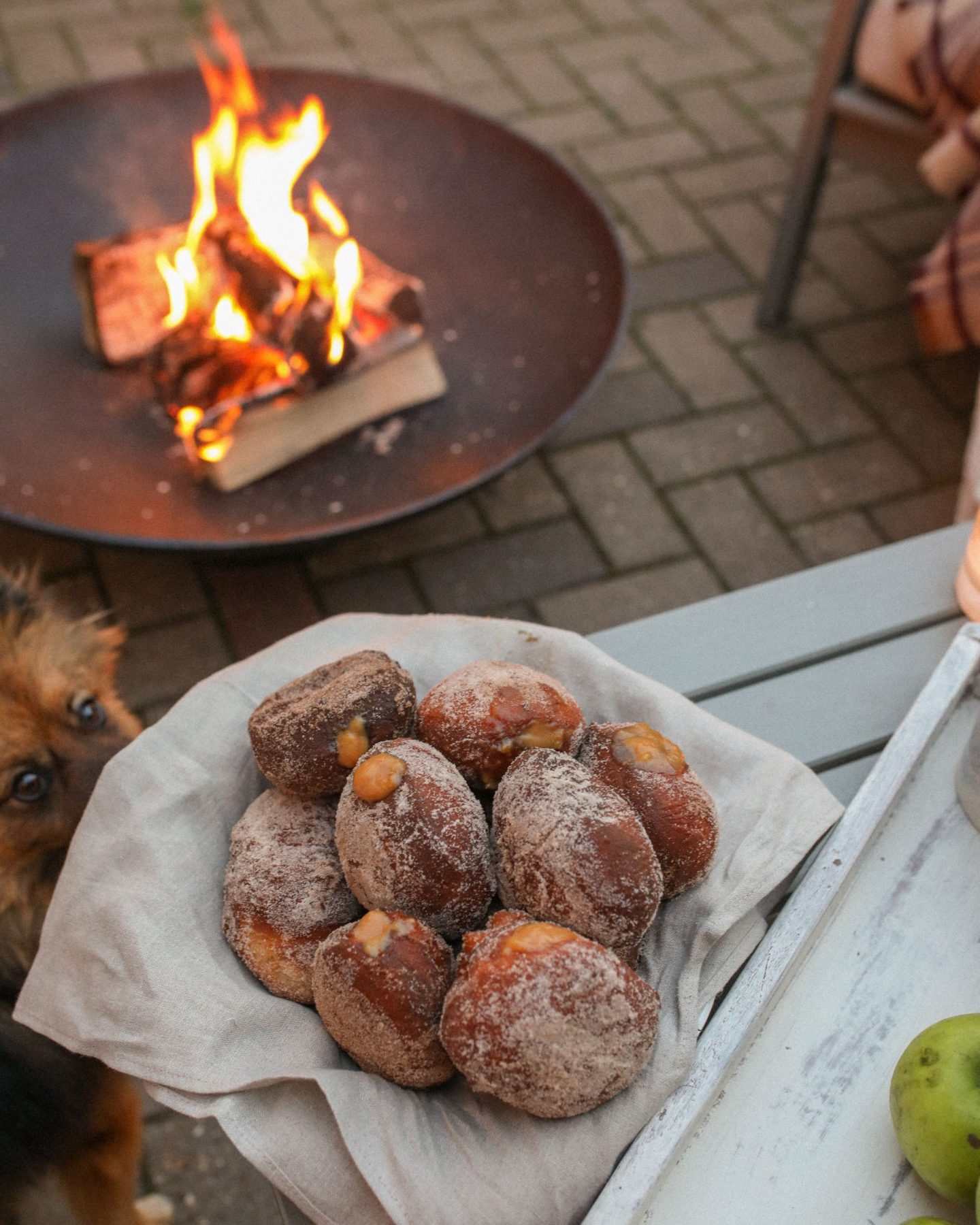 Toffee Apples make me so nostalgic at this time of year, but they’ve never been my favourite thing because they’re a little tricky to eat. I’ve been craving something like that for the last few weeks and when my parents dropped around a big bag of apples from their orchard, I knew I had to make the most of them.

To put the hygge vibes that I had in my head into reality, required a little bit of work in the garden. I made these doughnuts on a beautiful blue sky autumn day, so we pulled the cushions out of the garage and a few blankets and lit the fire for the first time! It’s moments like this in life that I savour. They take a little longer to set up, but really make my heart sing and my soul happy.

With the promise of an afternoon and evening curled up by a roaring fire in the fresh air, I got cracking with the doughnuts. 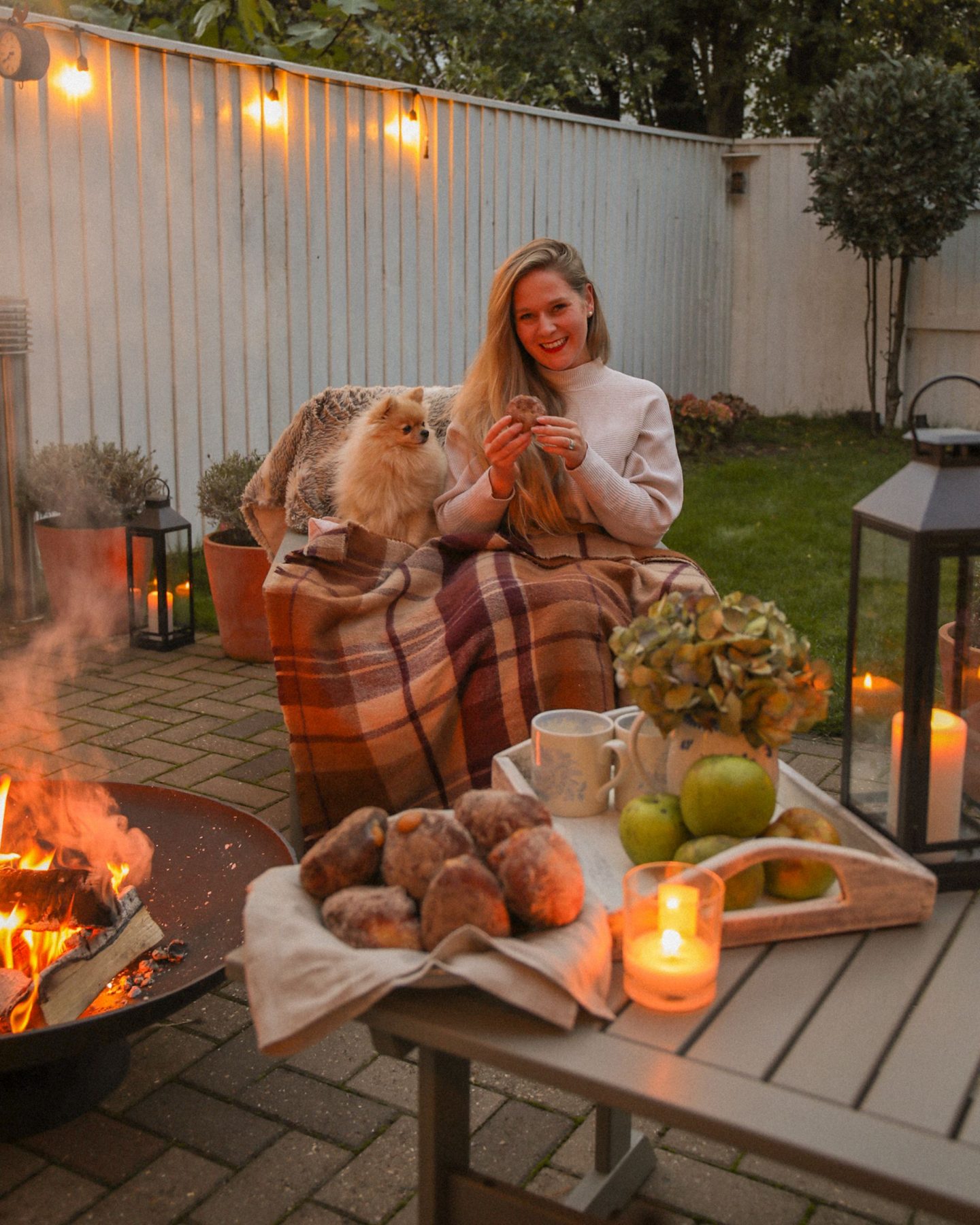 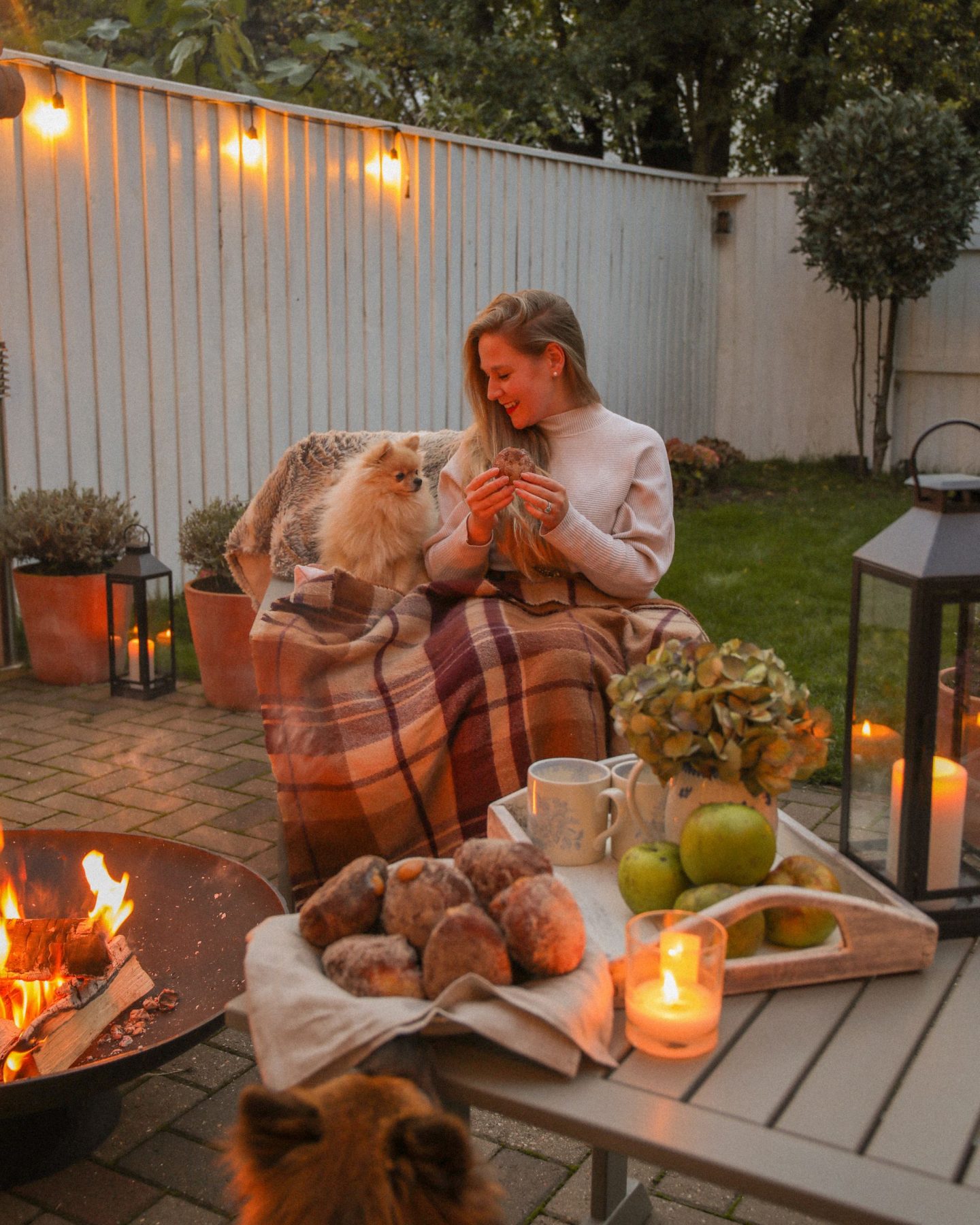 Ingredients for the Doughnuts

Ingredients for the Filling

Ingredients for the Cinnamon Sugar

Method for the Doughnuts

Method for the filling

Method for the Cinnamon Sugar

Although it seems as though there are a lot of steps in making these doughnuts. The actual time it take is so little and SO WORTH IT. I really hope you enjoy making them, and please don’t forget to tag me in your pictures over on instagram if you do give them a try! 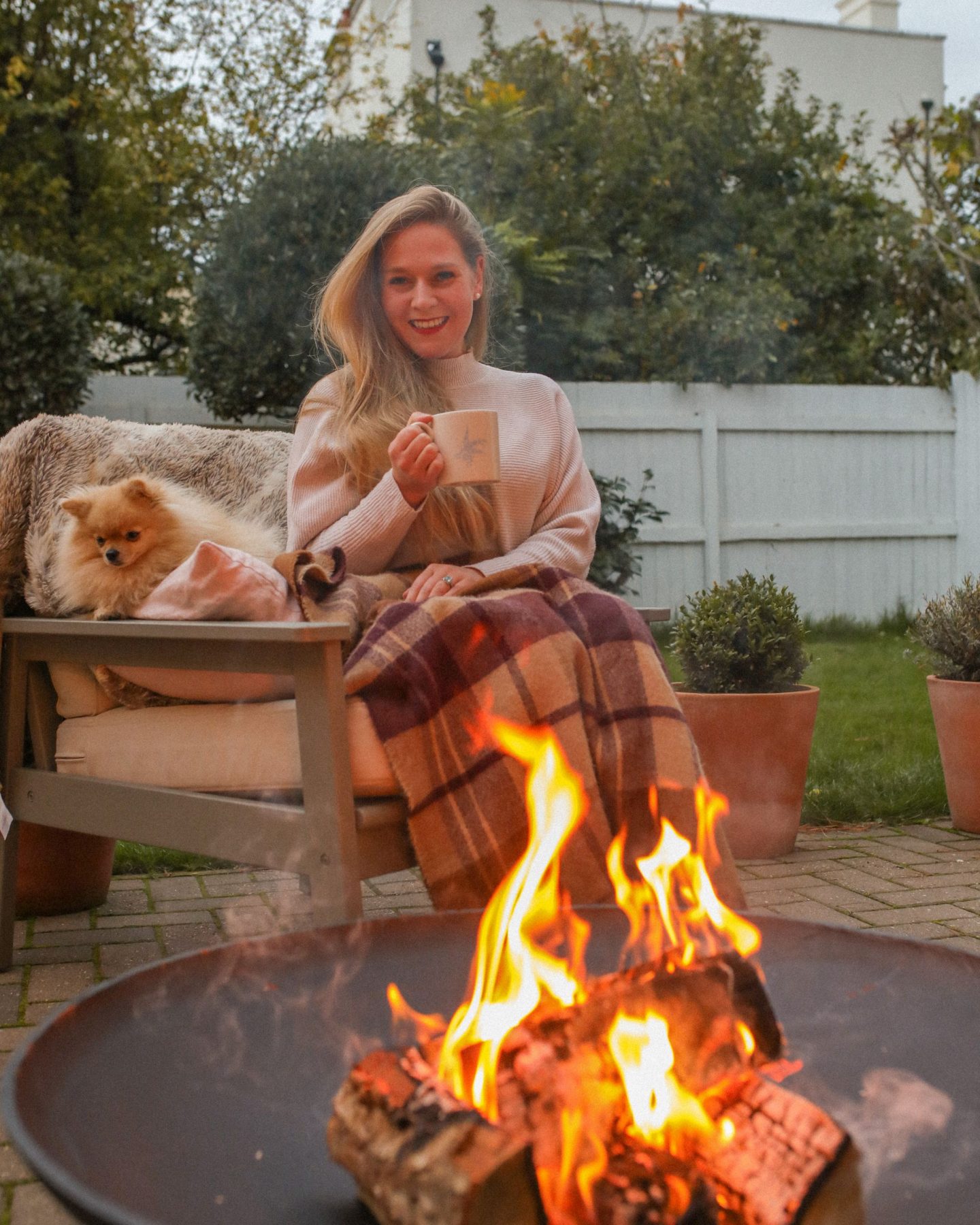 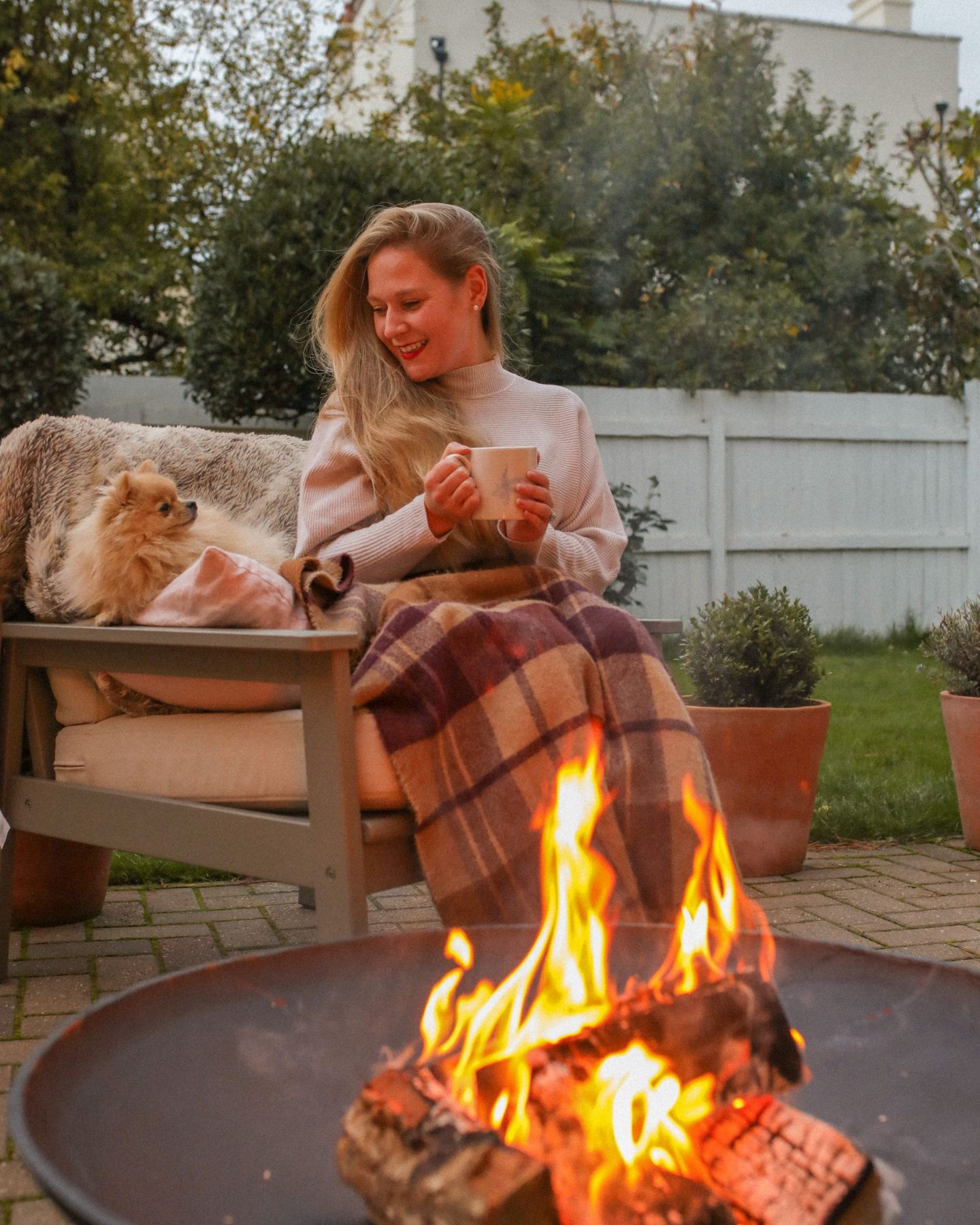 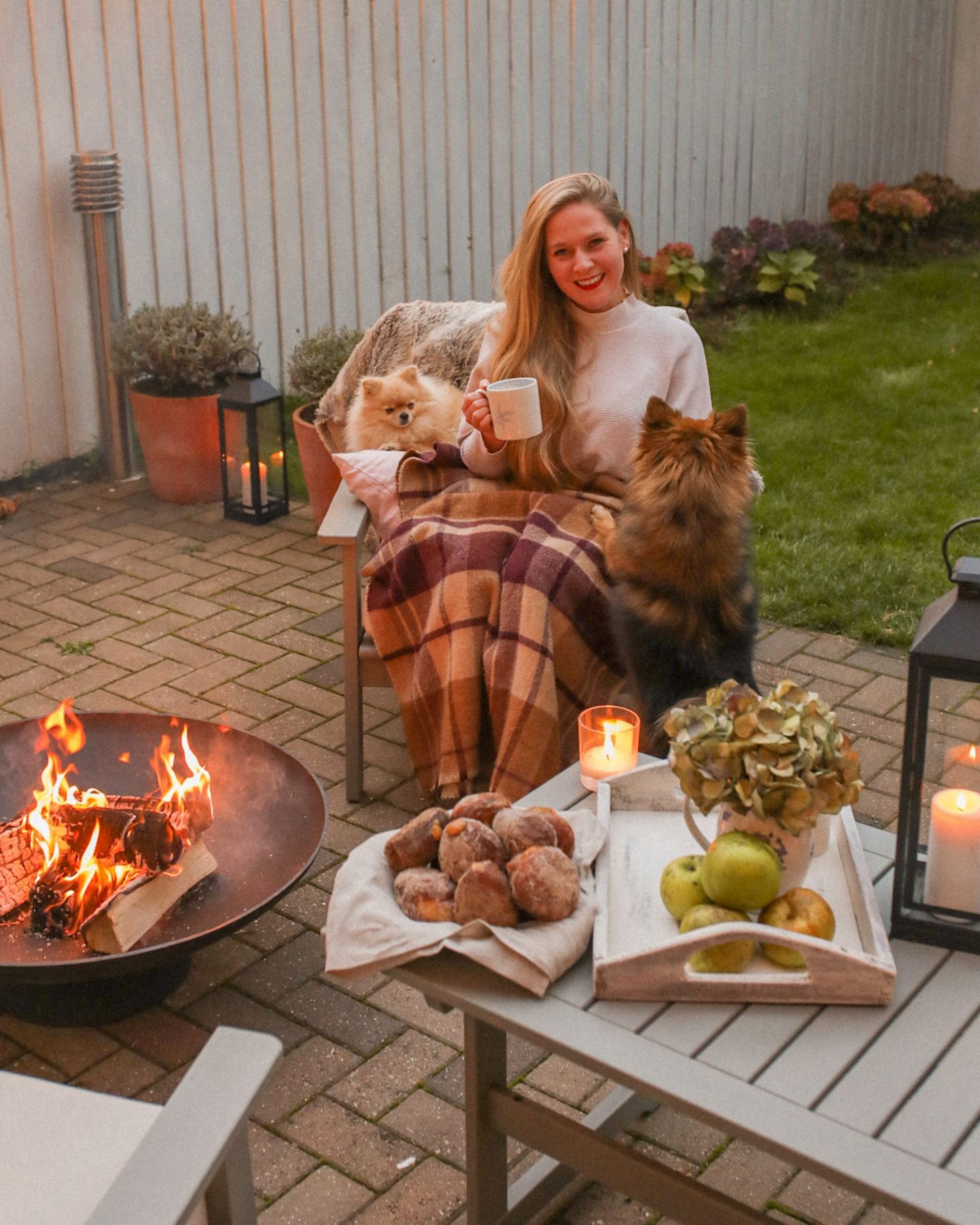 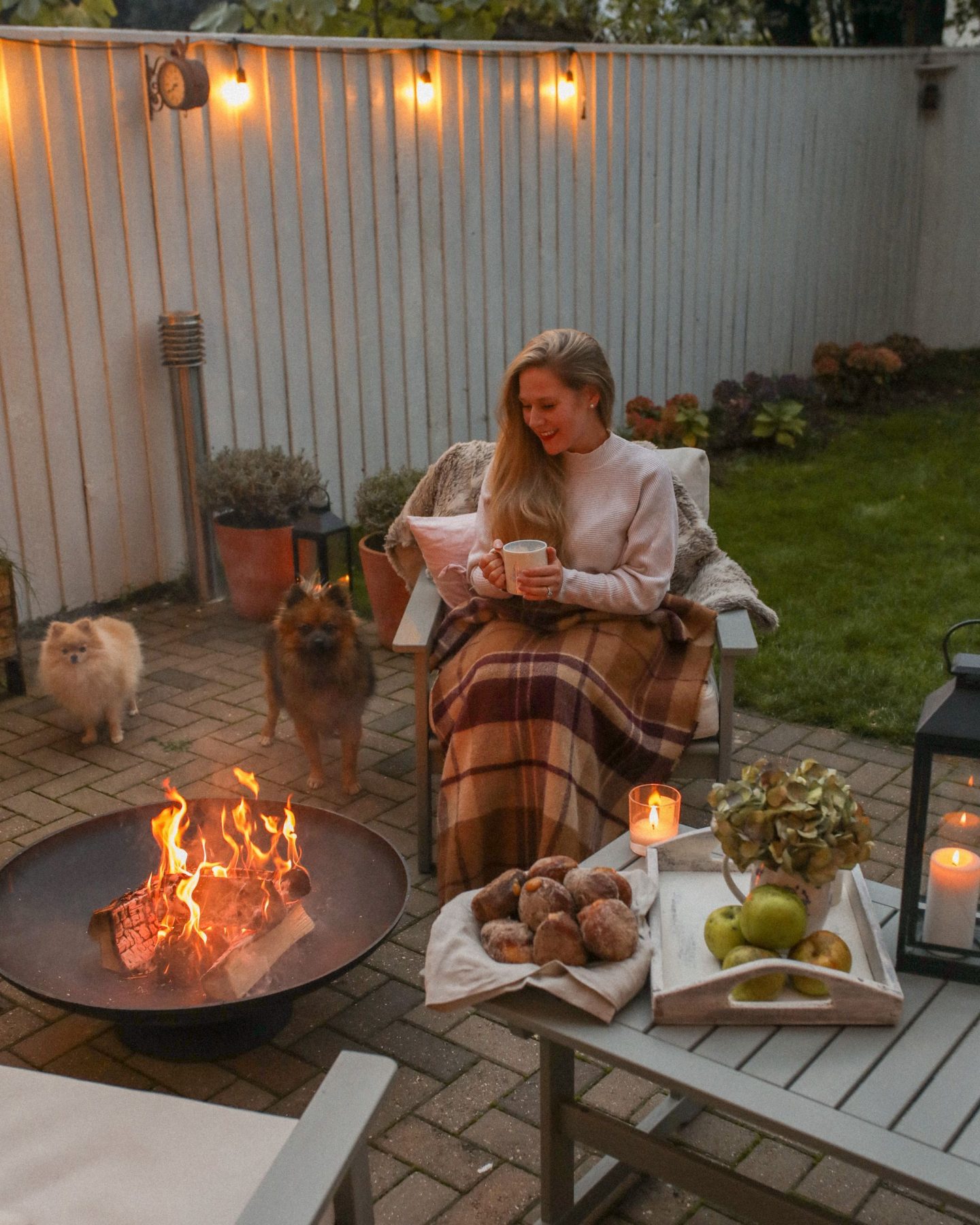 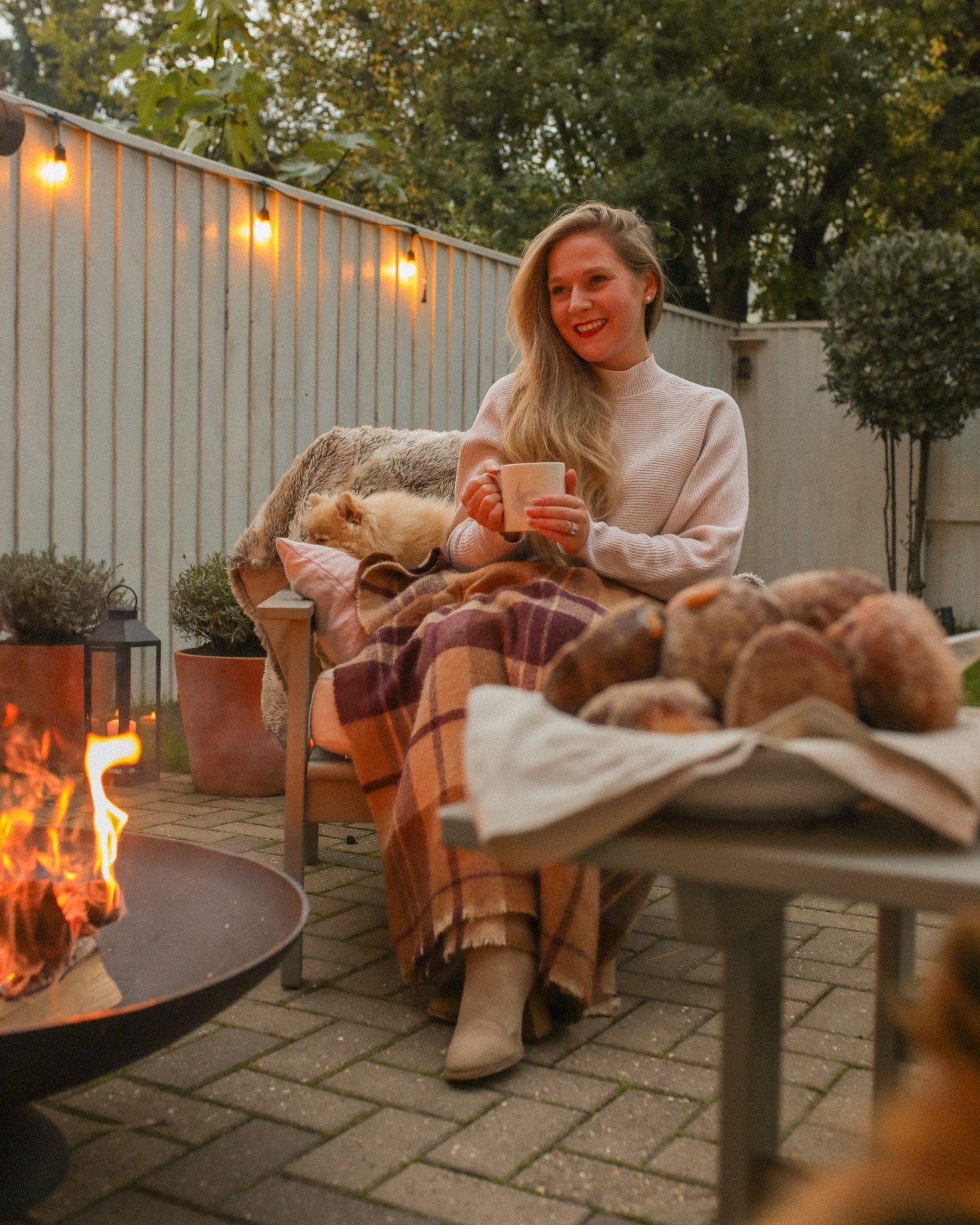 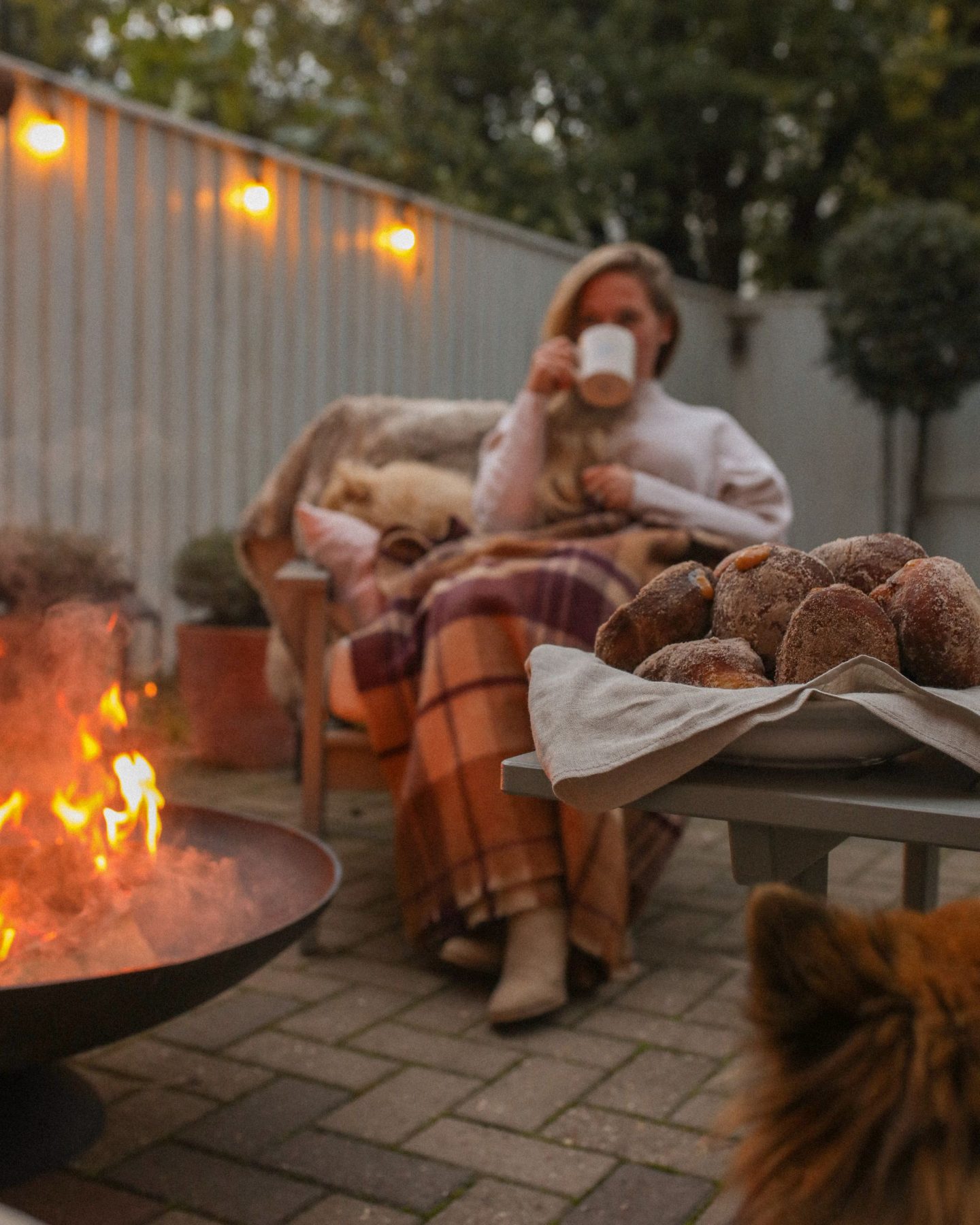 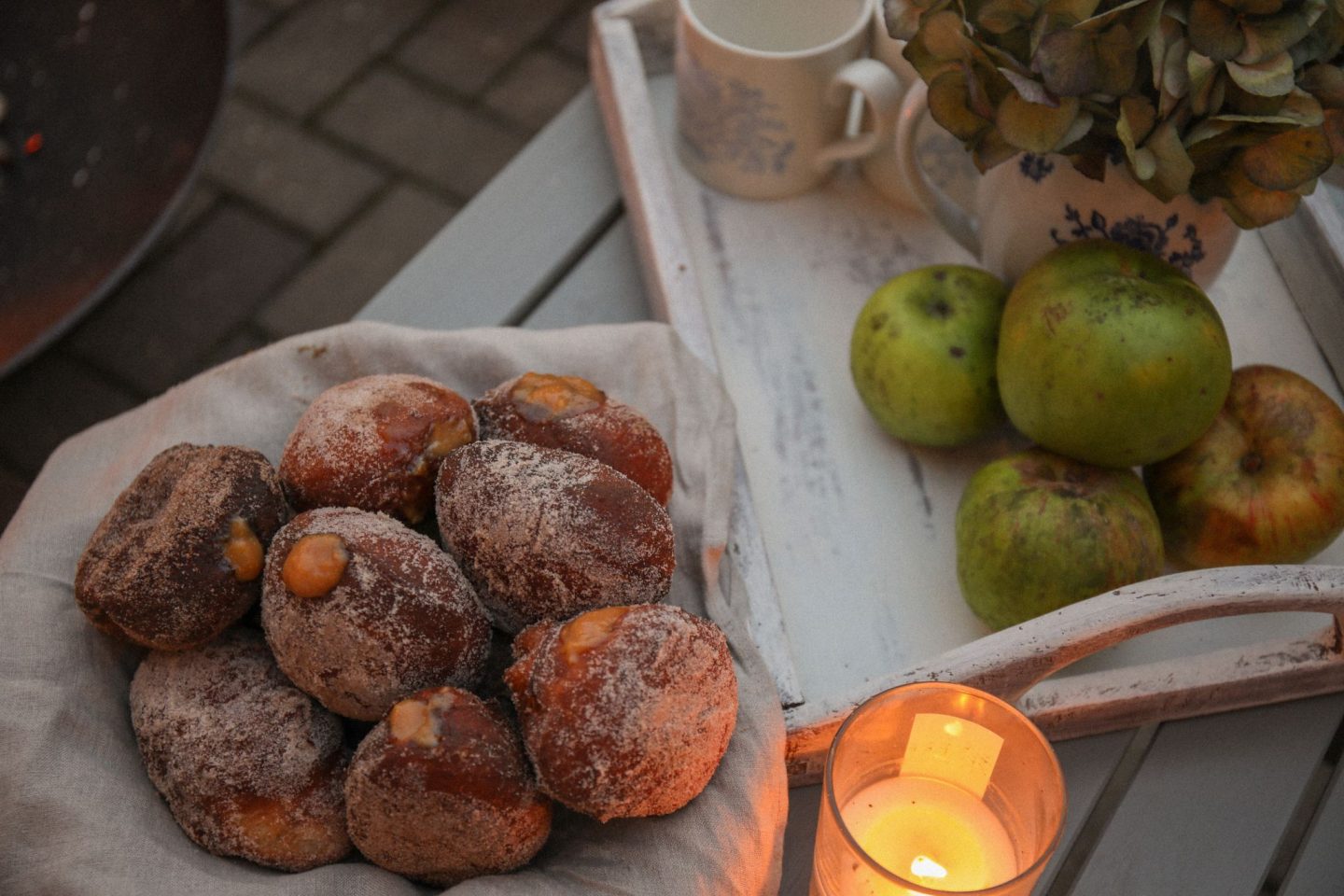 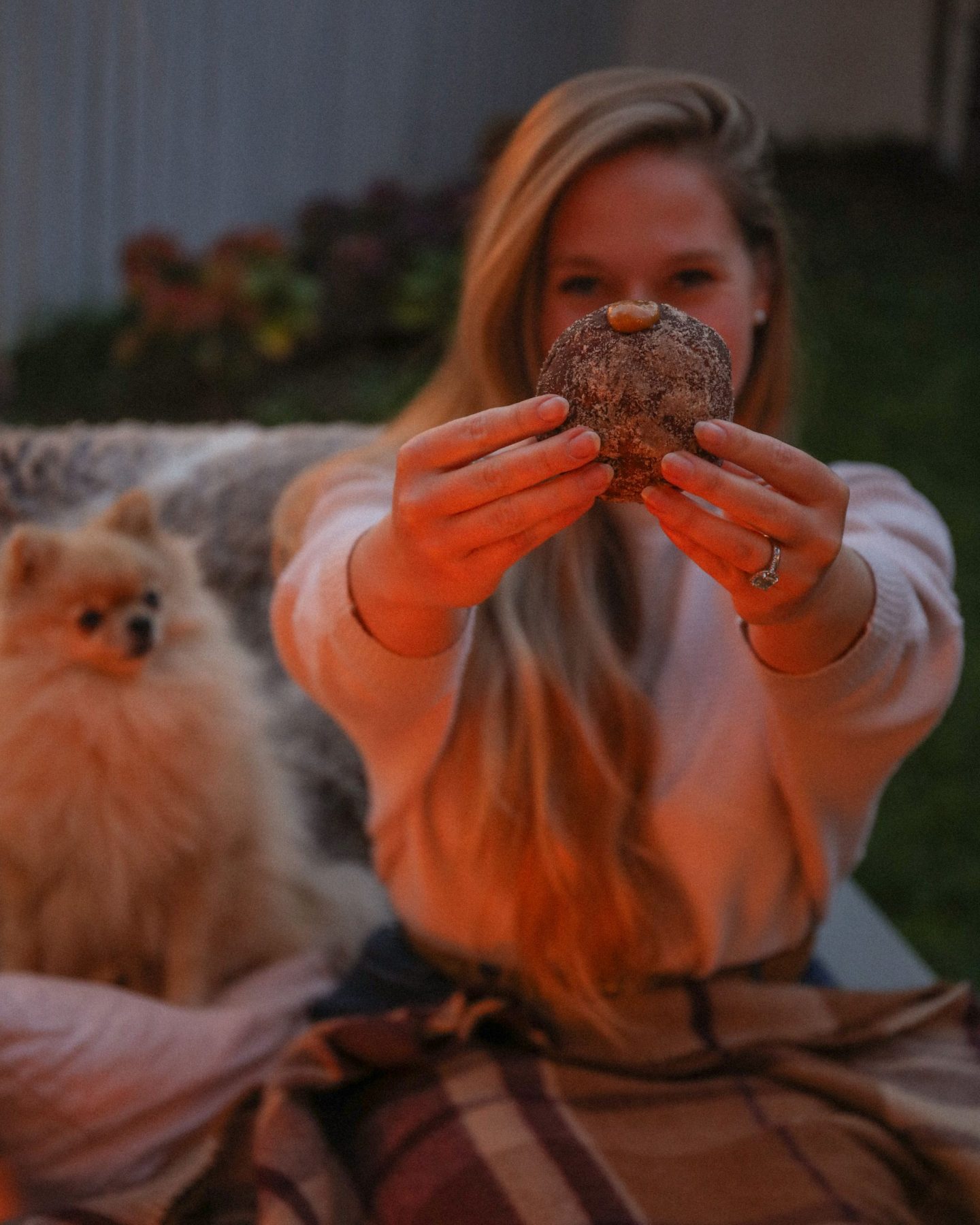 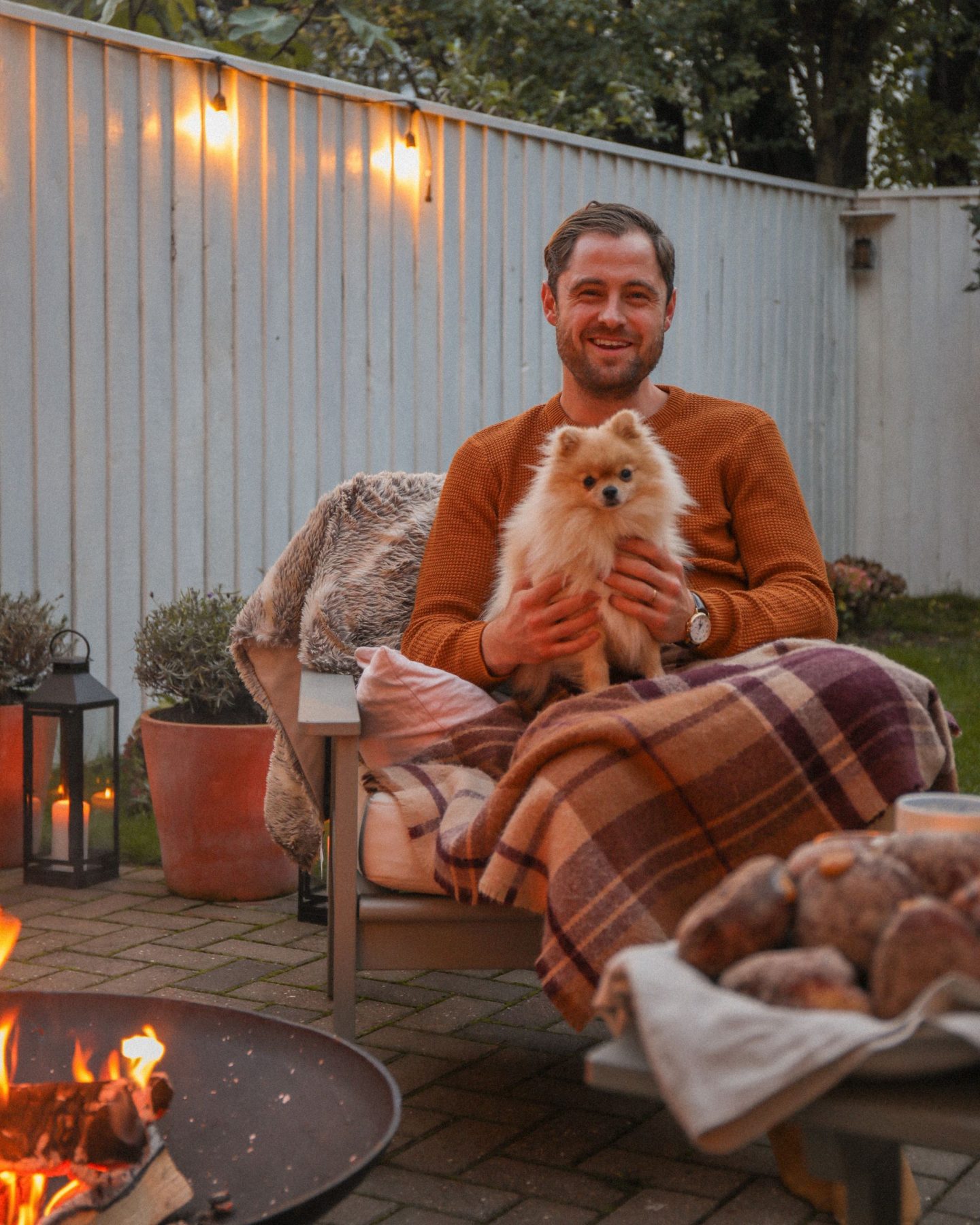 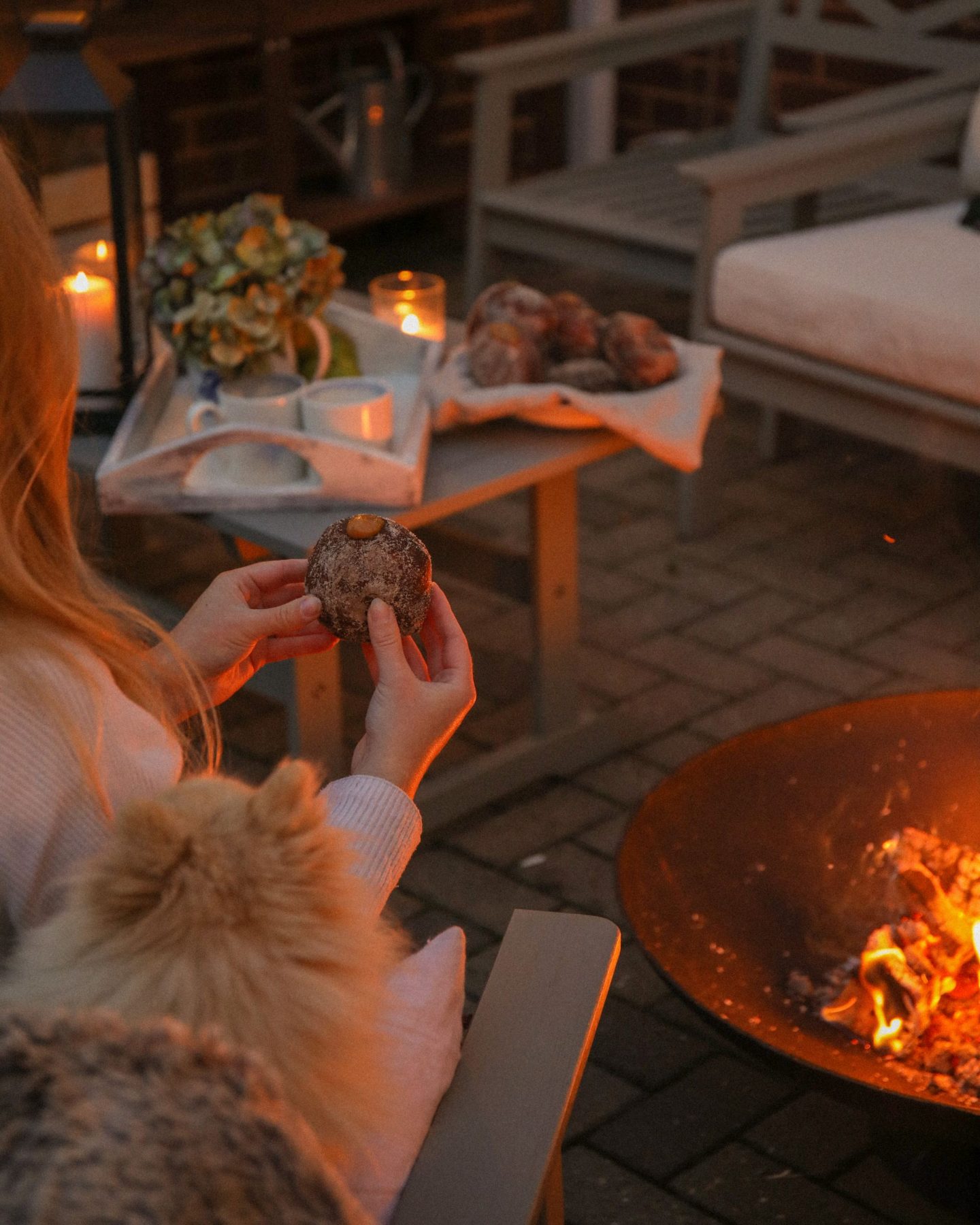 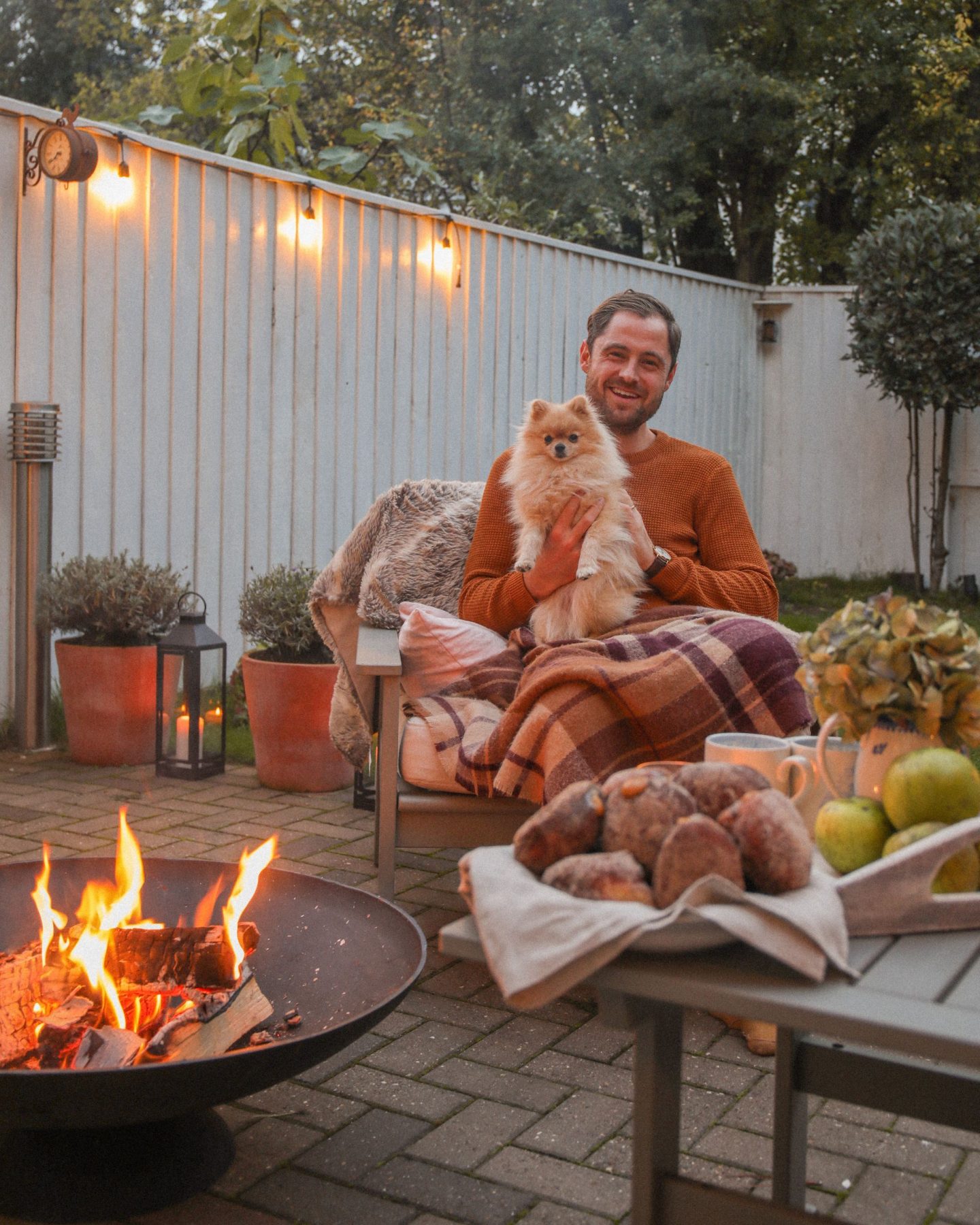 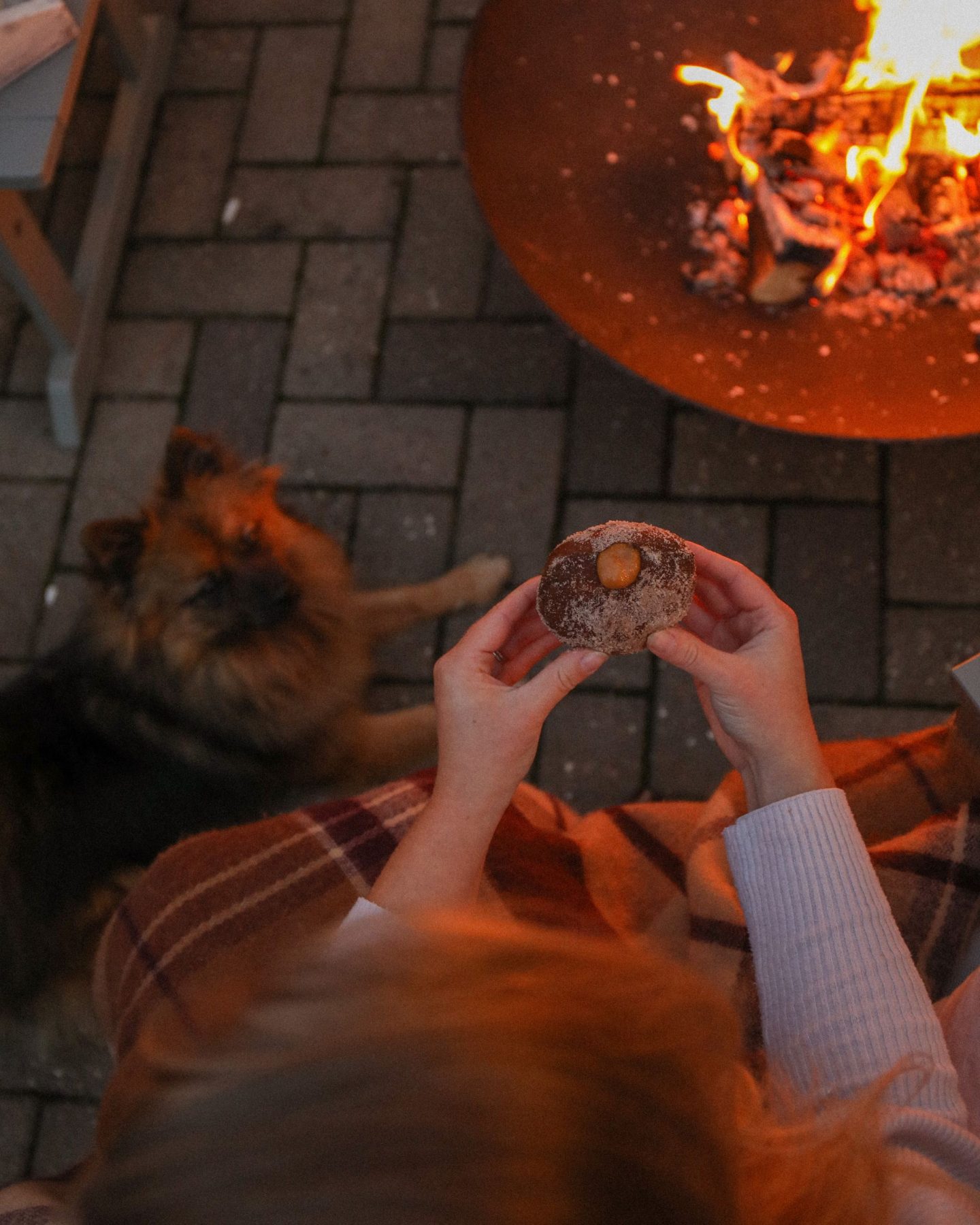