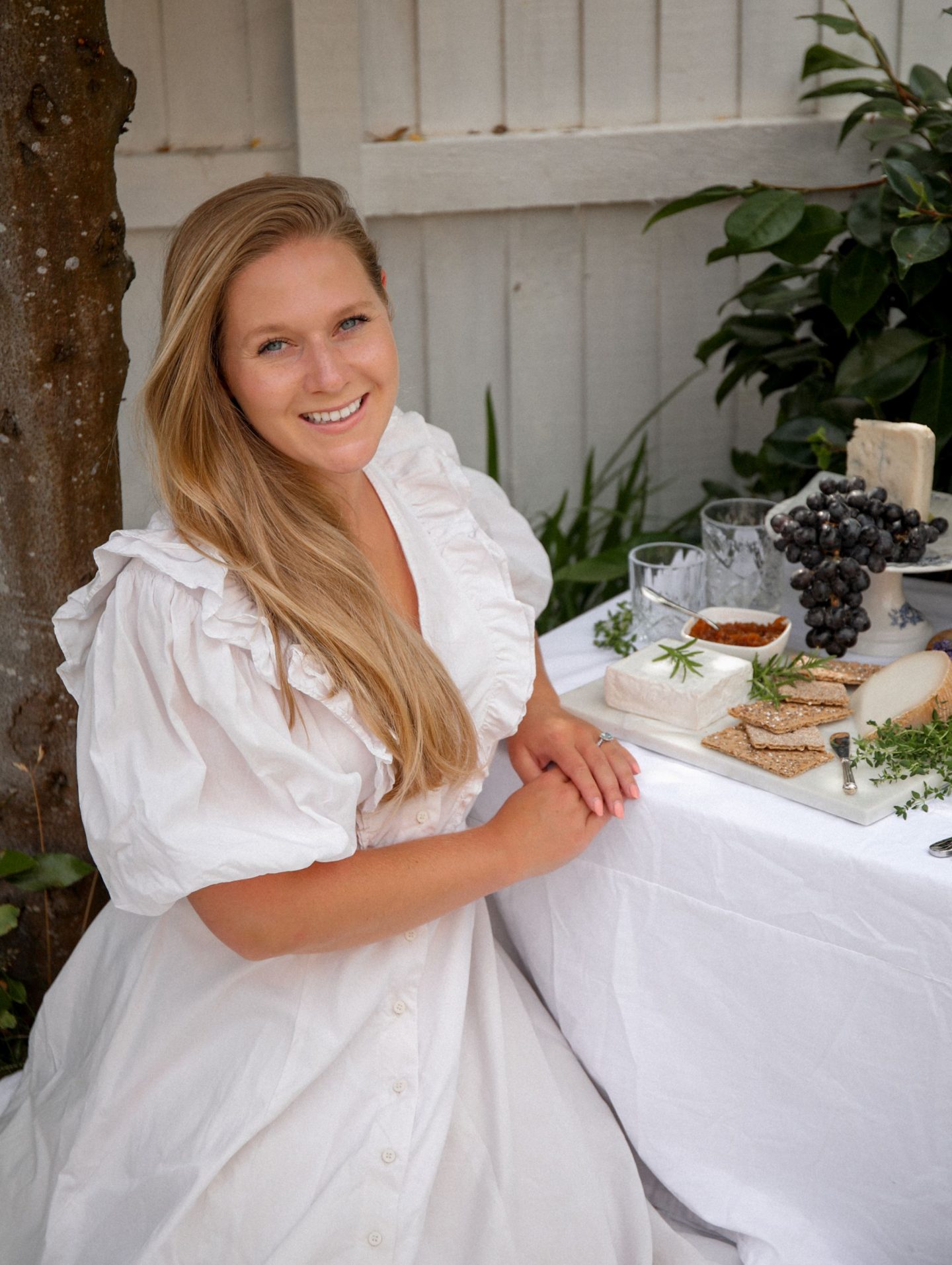 Quicke’s Farm and their award winning cheeses have been on my radar for as long as I can remember. I went to school with the Quicke girls and would drive past their farm every day on the way to school.

I would gaze out of the window. Watching the cows wander from one pasture to the next in the time it took for us to cruise by. The sweet smell of silage filling the car.

We would buy the cheese as presents for family friends and present the cheddar on platters for Christmas cheese boards. 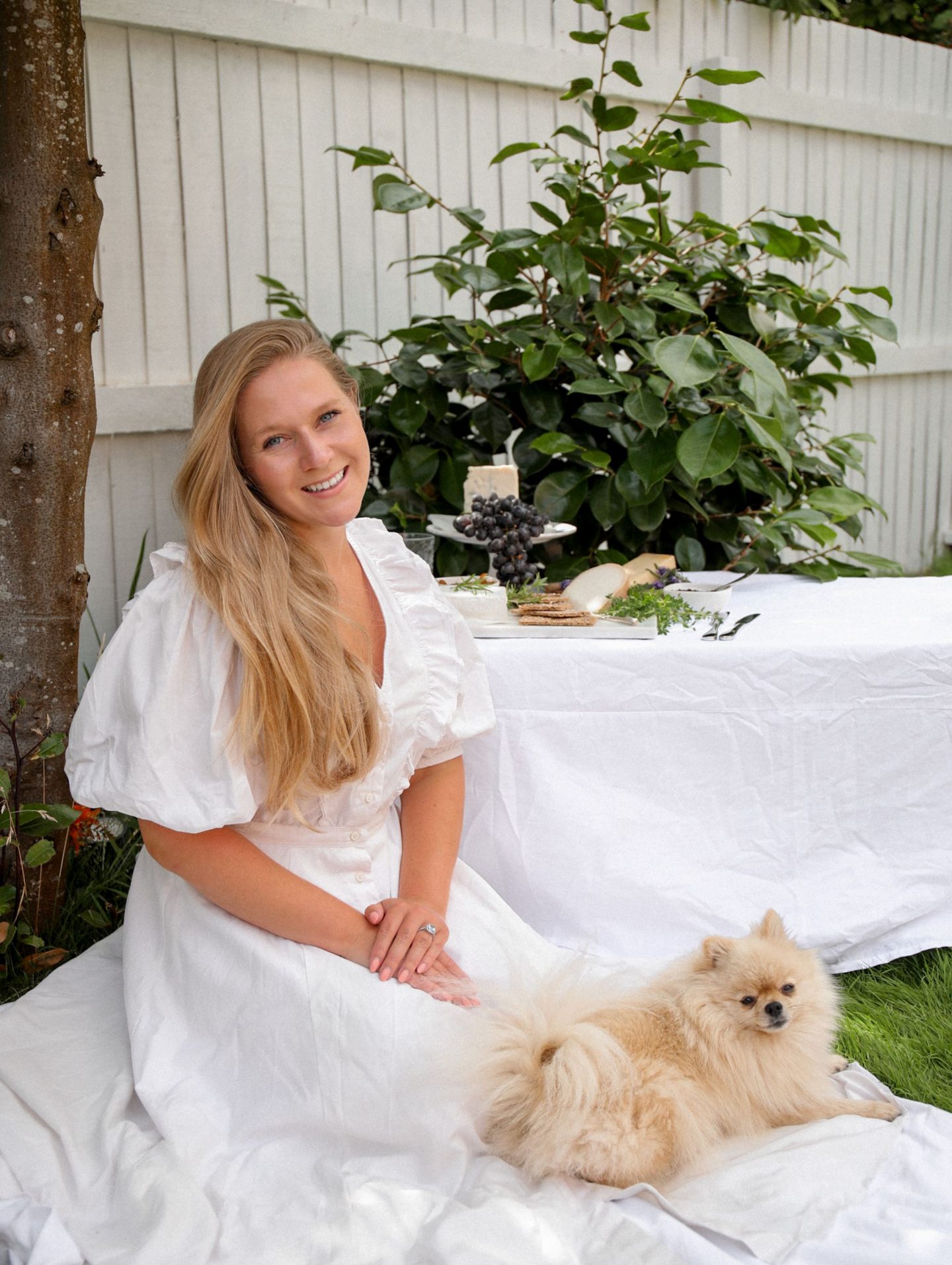 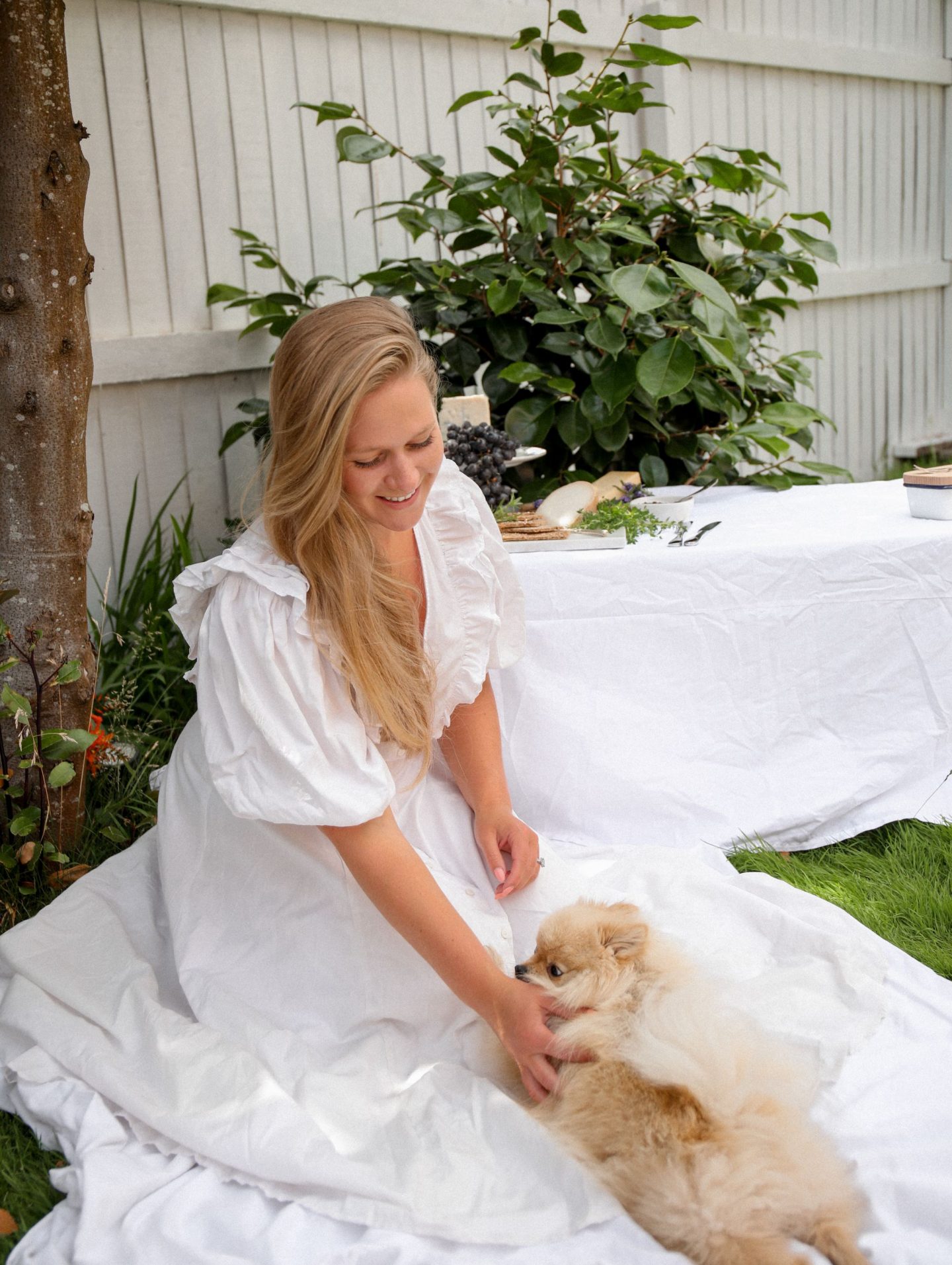 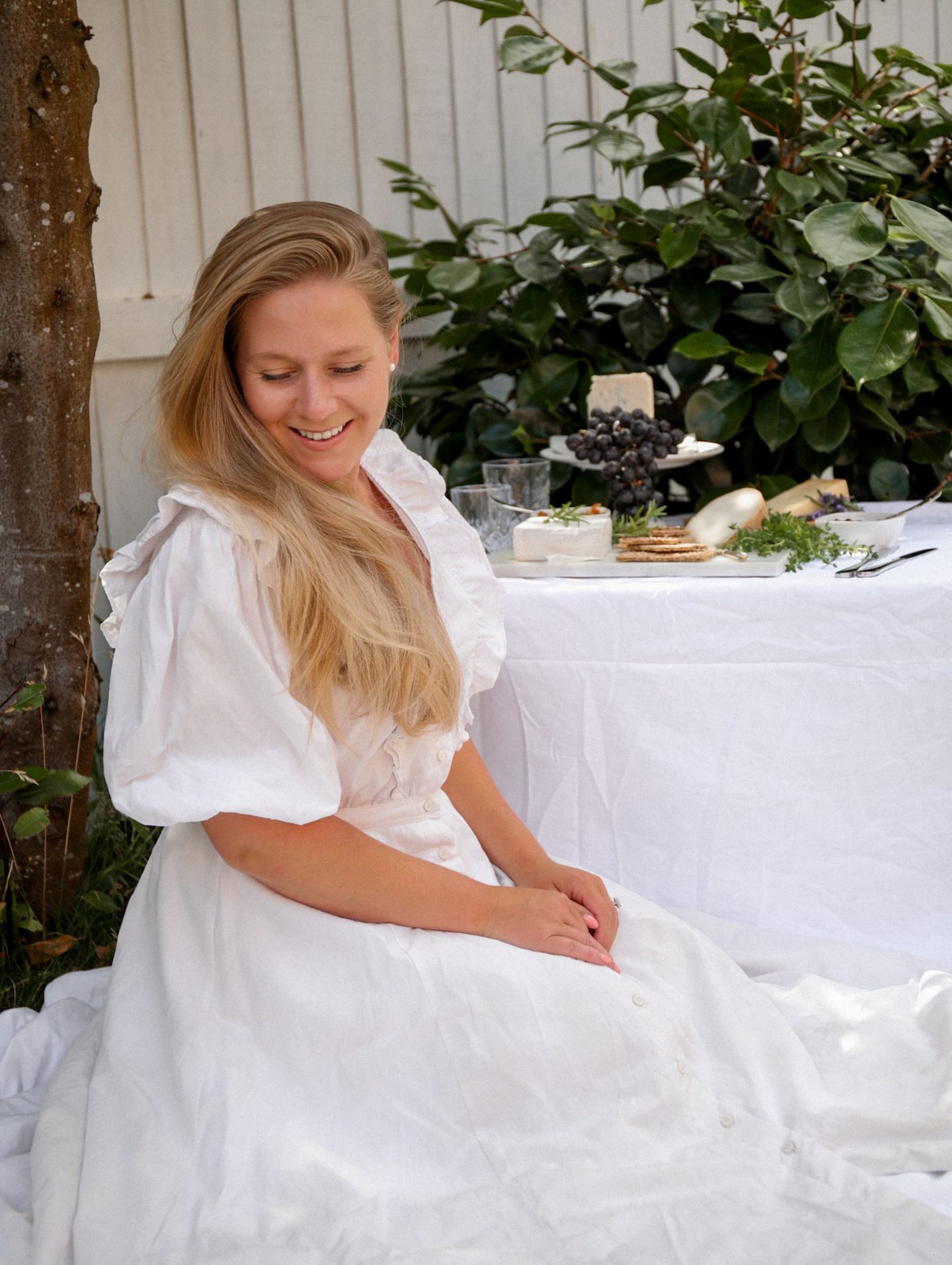 The Quicke’s have tended to the pastures of their family farm in Newton St. Cyres since 1540.

They successfully dabbled in Manganese Mining in the 17th and 18th centuries. Then turned to planting acorns across the land in the late 1800’s as American Wheat poured into Britain and forced farmers to adapt. Not being able to farm the land back then, has meant that Newton St. Cyres is the beautiful wooded parish it is today. A tradition that the Quicke’s continue to honour, planting more than 7000 trees a year.

In the 1970’s, during the agricultural surplus, Sir John Quicke led the business back into Cheese making. The family had been forced to make ‘National Cheese’ during the War’s, as had most other Dairy farms, so their passion to create the finest cheese in the world was welcomed.

This unique ability to adapt, has meant that the family farm has stood for over 500 years, with the family business continuing to pivot and grow during challenging times and changing demands.

Their cheeses have consistently been awarded Gold and Silver medals nationally, Internationally and even at World Titles.

More recently, societal requirements for ‘on-demand’ services, has meant a shift towards convenience and Quicke’s now produce delicious cheese boxes. Delivered directly to your door throughout the UK. The perfect way for the traditional time-honoured methods used to create the award-winning cloth bound cheddars to be brought sympathetically into the 21st century.

During the exceptionally difficult time that we’re currently living through thanks to Covid-19, Quicke’s have yet again proved they’re aptness at adaptability. Like many businesses across the world, their customers have closed their restaurants, pubs and delis, leaving orders unfulfilled, but Quicke’s already had a solution in their Cheese Boxes.

The West Country box (launched today) is a celebration of The West Country and some of the incredible farms and Dairy’s that work this beautiful part of the world that we are so grateful to call home. 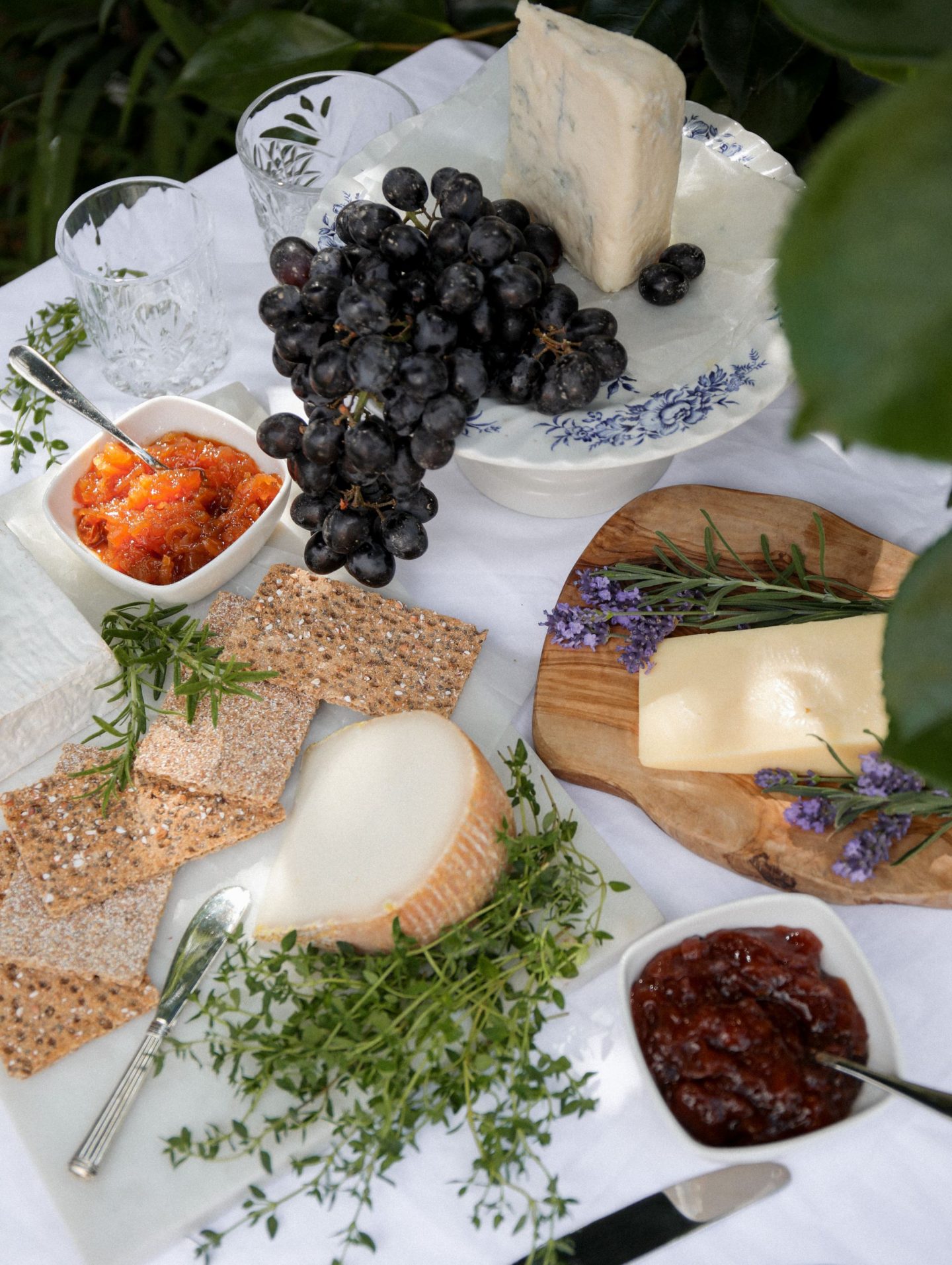 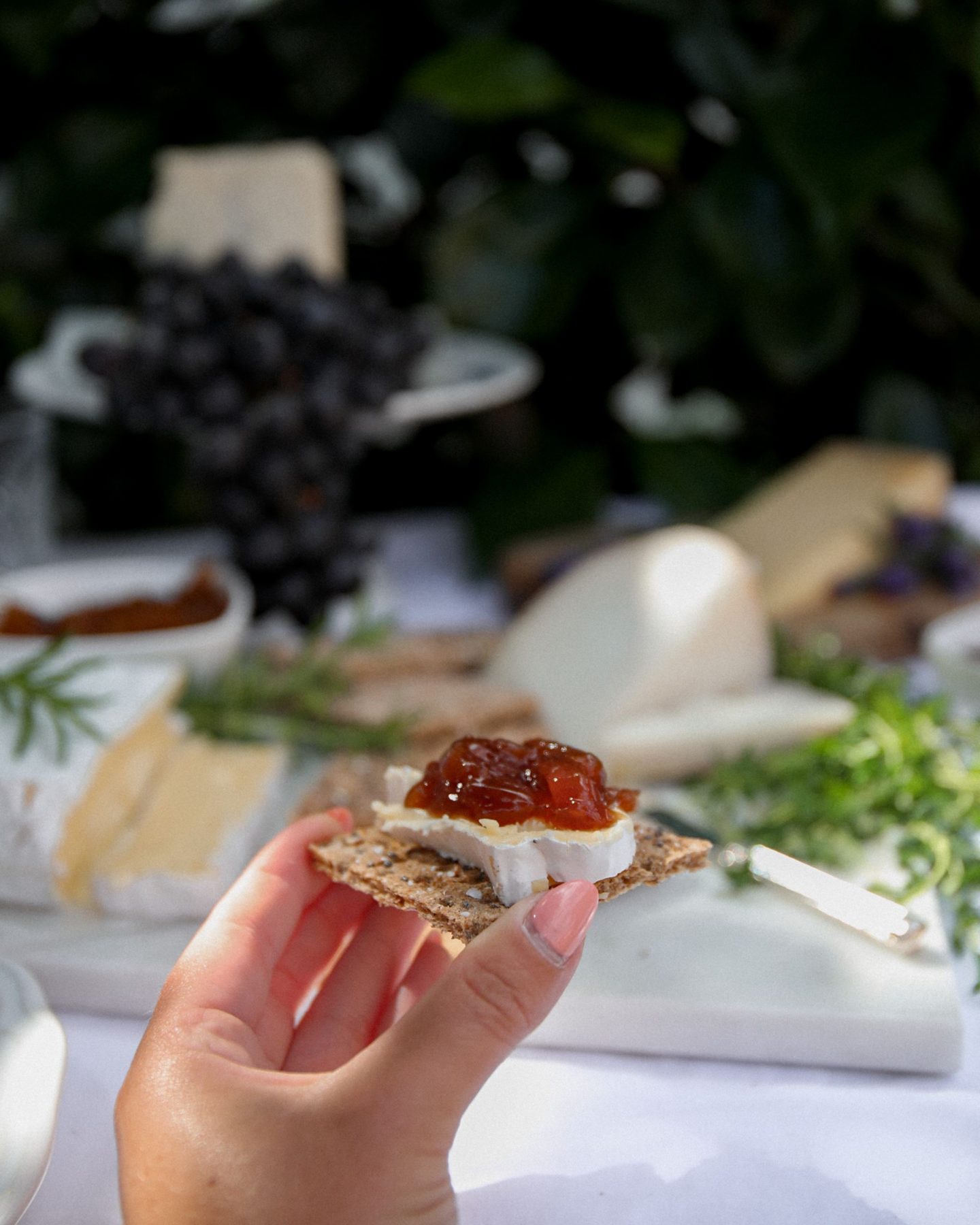 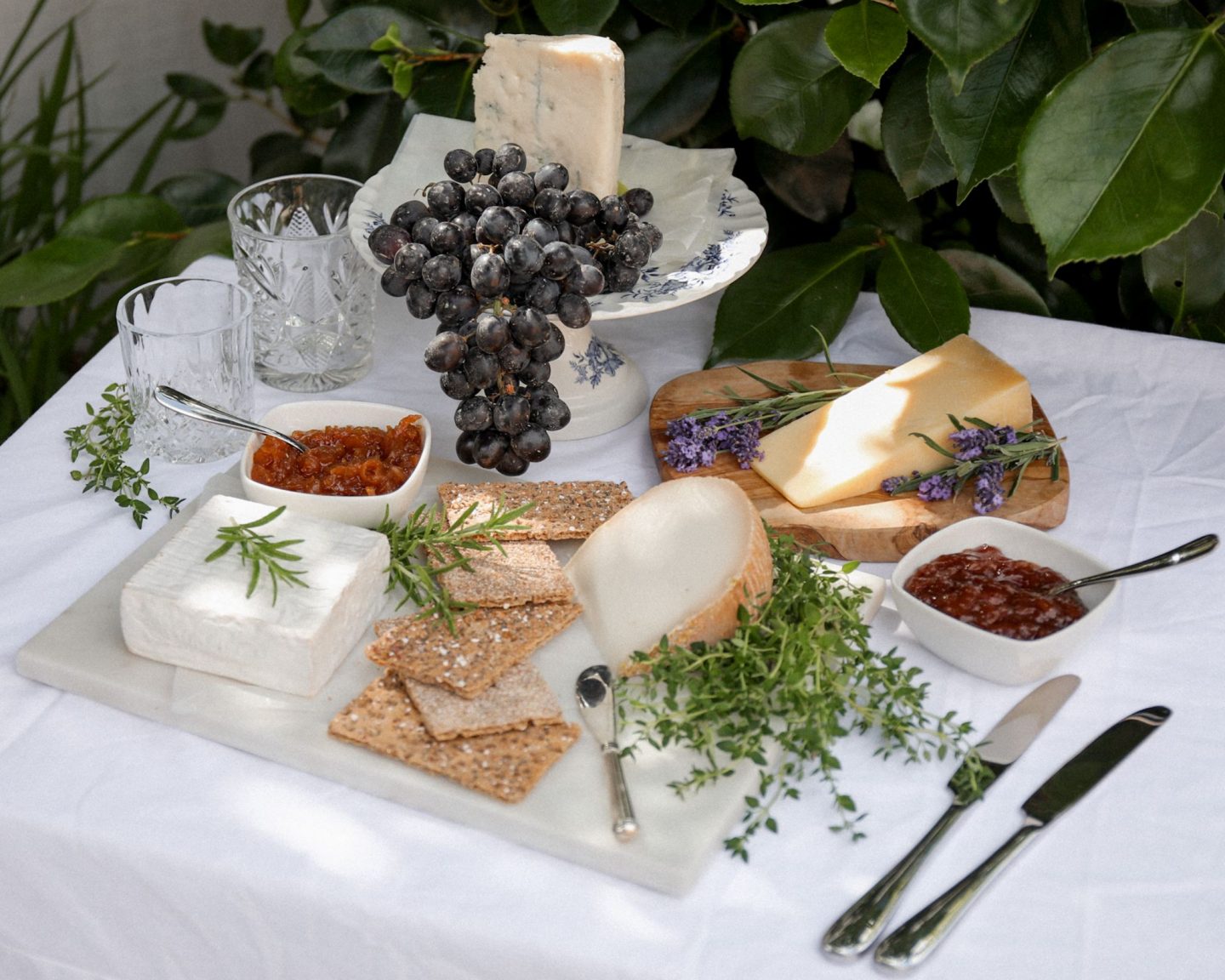 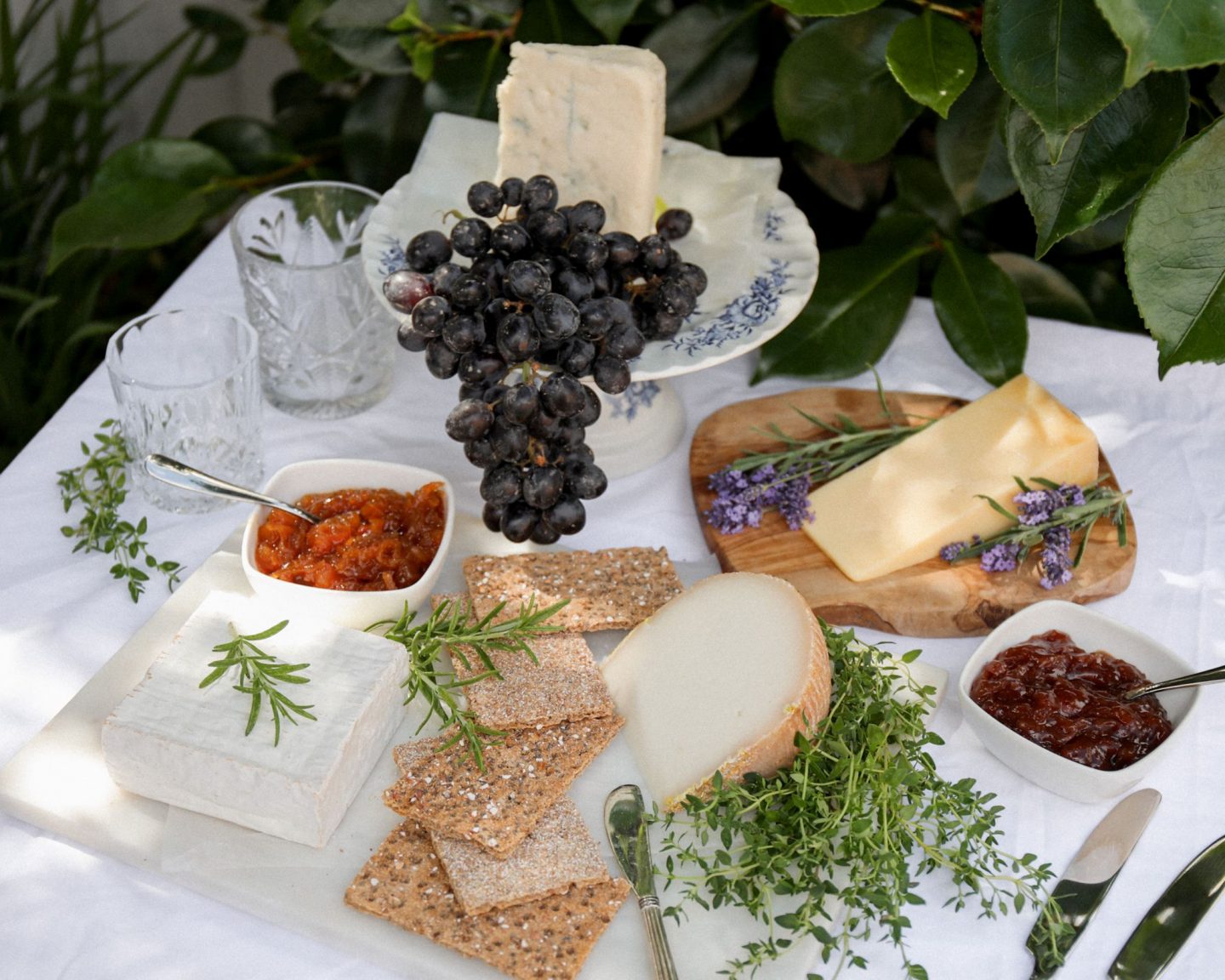 The box heralds local businesses and champions the Quicke’s Family motto ‘Petit ardua virtus’ – ‘strength seeks challenges’. Proving that coming together during these hardships makes us all stronger.

I was lucky enough to be the first to receive this exquisite box of cheeses. So Ben and I decided to make a celebration of it with some rosé, and I created my take on a perfect summer cheese board. Simple and delicious. These cheeses are the perfect accompaniment for one another, without competition. 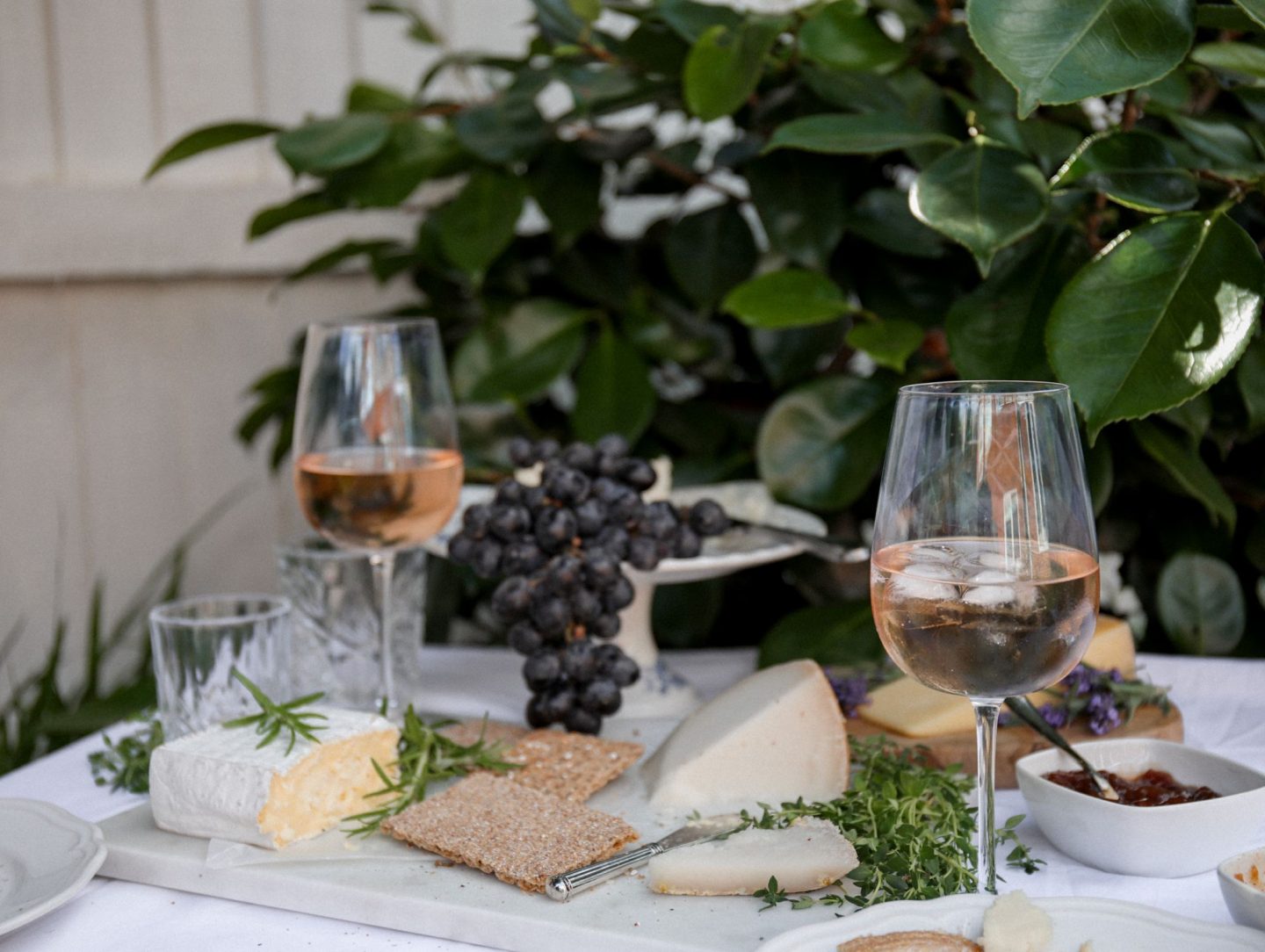 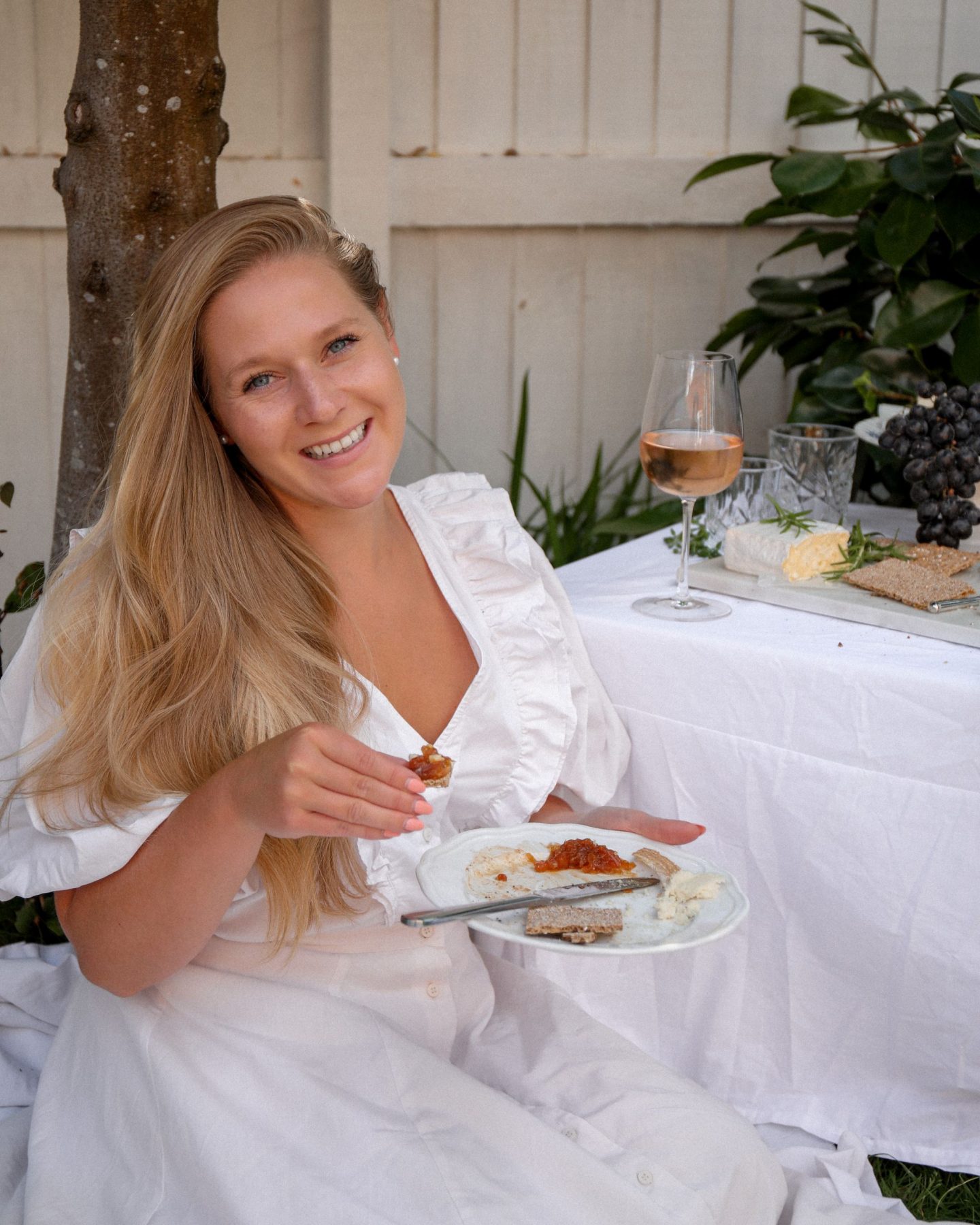 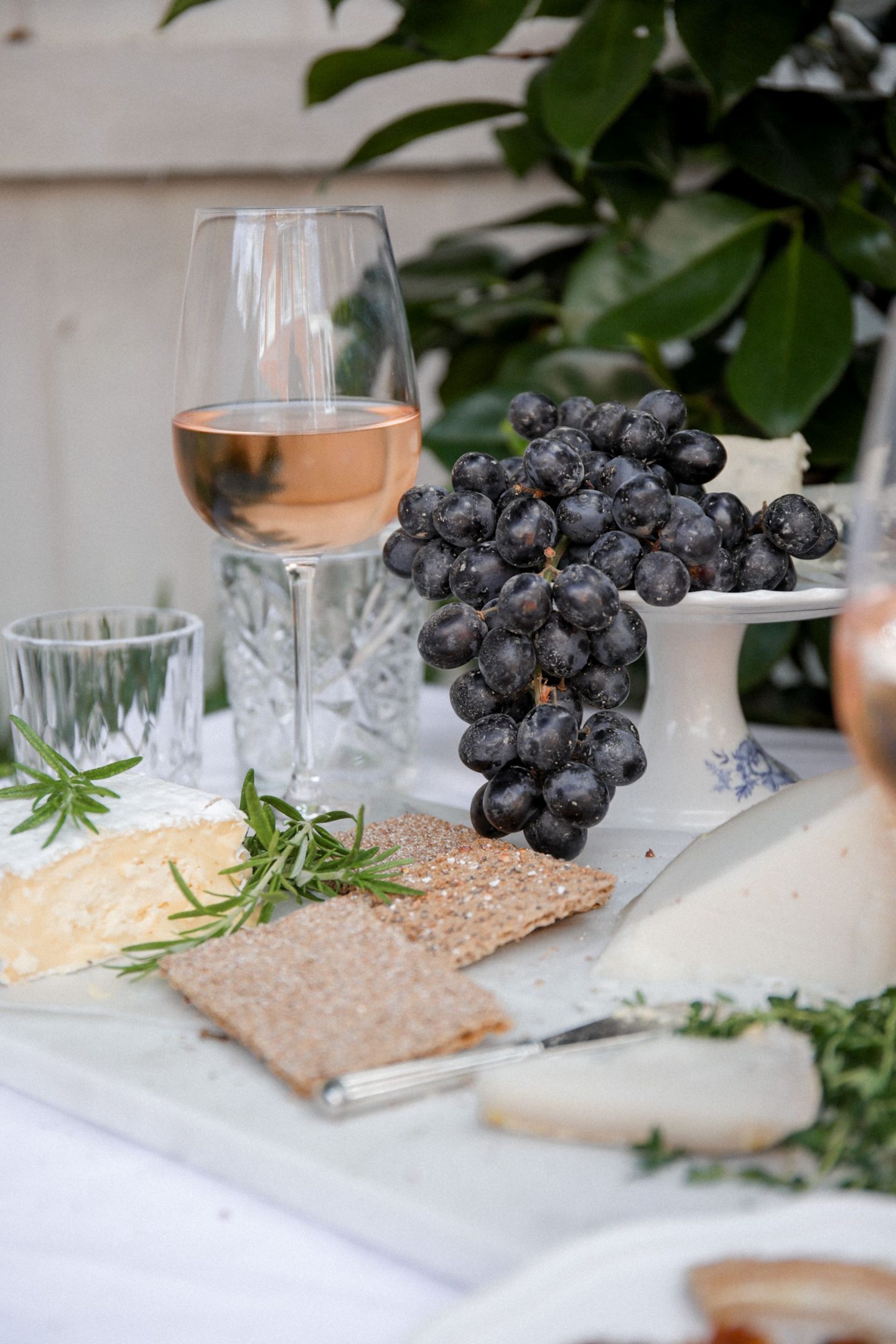 It would be rude not to start with Quicke’s very own Mature Clothbound Cheddar. A pasteurised cow’s cheese and their signature cheddar. Handcrafted using milk from grass-fed cows, clothbound and naturally matured for 12-15 months.

Unfortunately this cheddar does contain rennet which means it’s not suitable for Vegetarians. But, having tasted it in the past, I can speak for the deep, rich, buttery flavour. It’s exceptional. 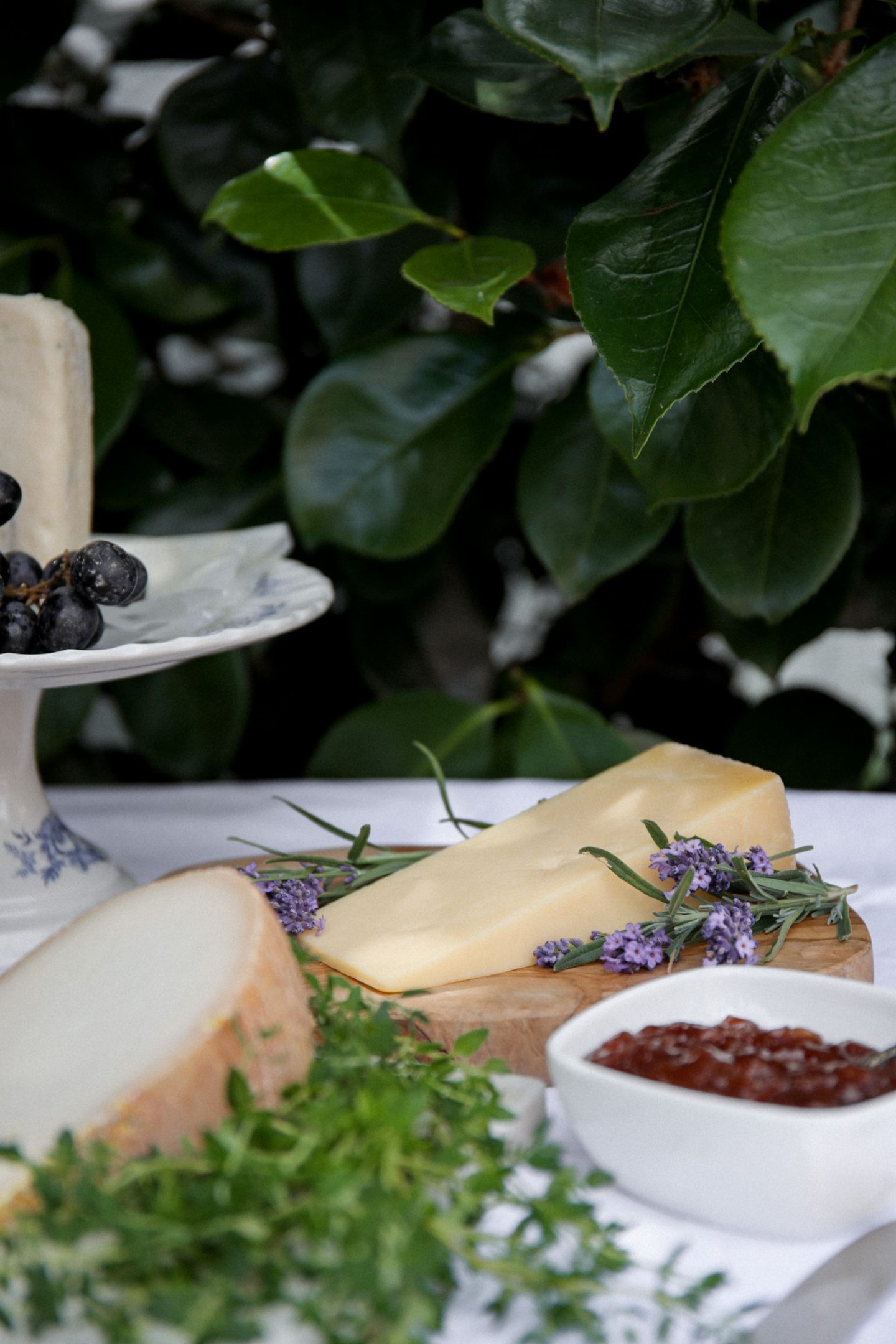 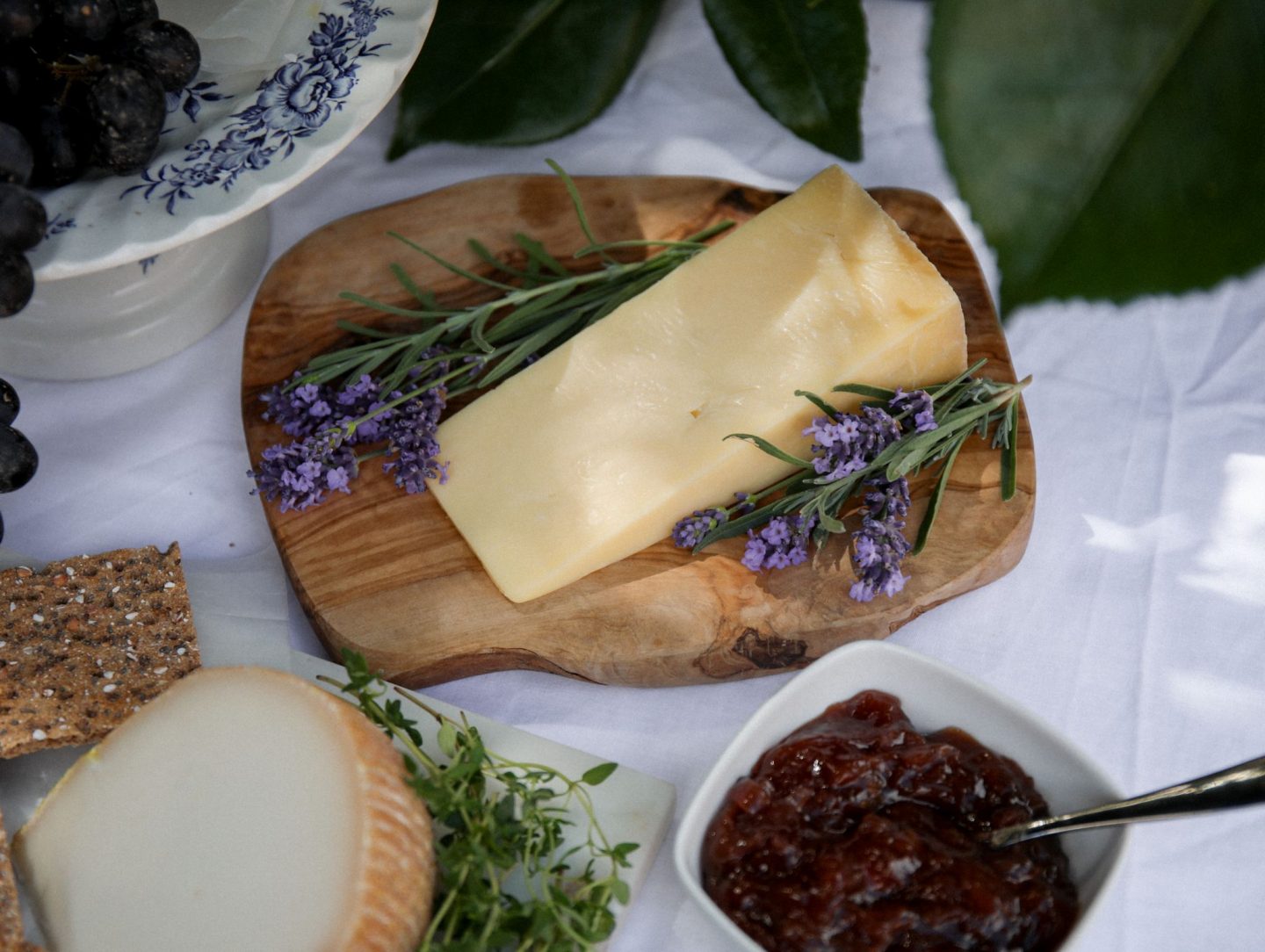 The Beenleigh Blue is a pasteurised sheep cheese that comes from Ticklemore Dairy. Founder Robin Congdon developed the recipe based on Roquefort. Learning nothing from the famous caves in Roquefort-sue-Soulzon he instead brought back  scraping of mould and started from there, along with a maturing cellar built to mimic the cave conditions.

I’m not typically a fan of blue cheese. Finding it a little too strong, but I practically devoured this entire cheese on my own. It’s delicious. A melt-in-the-mouth creamy, crumbly texture. 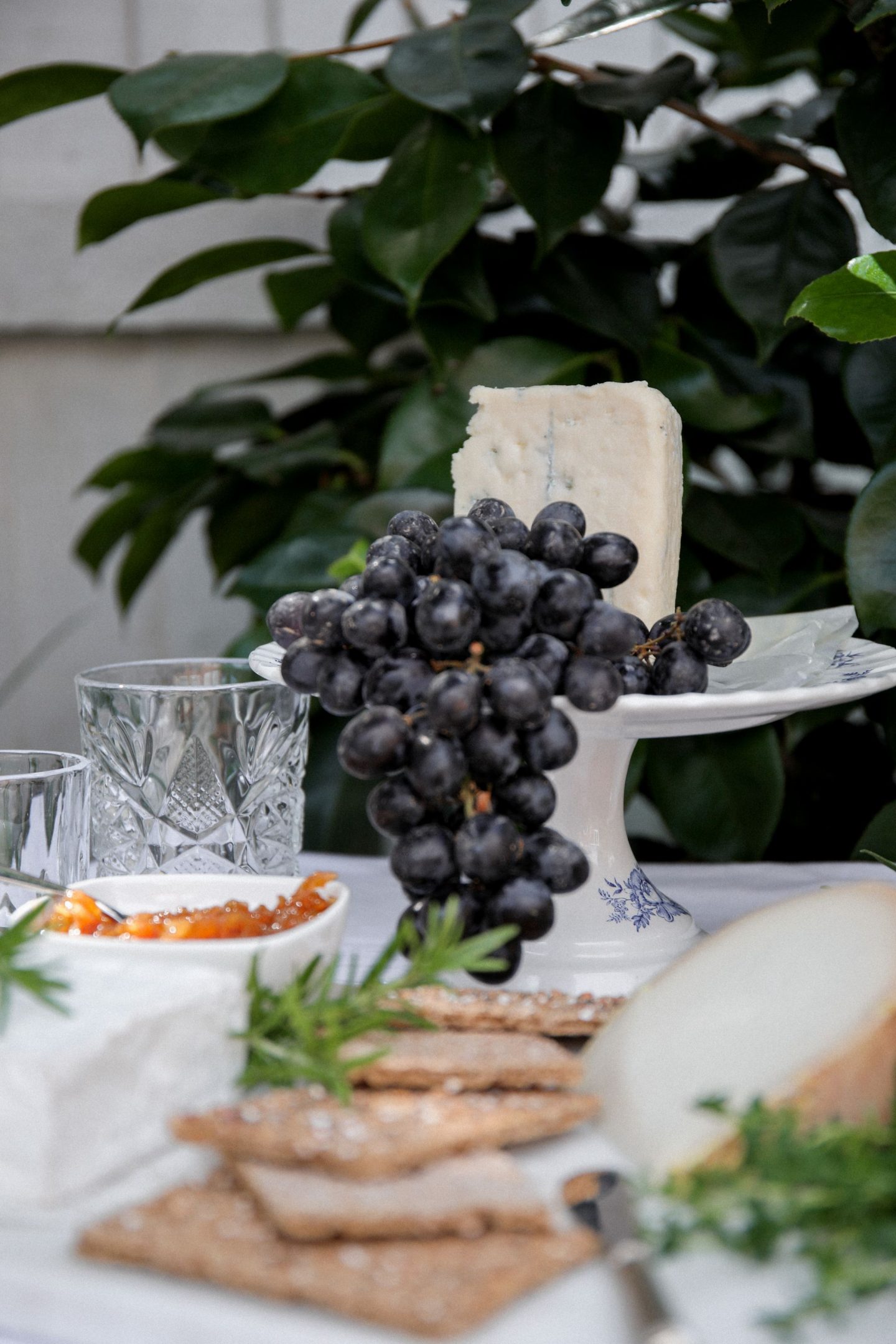 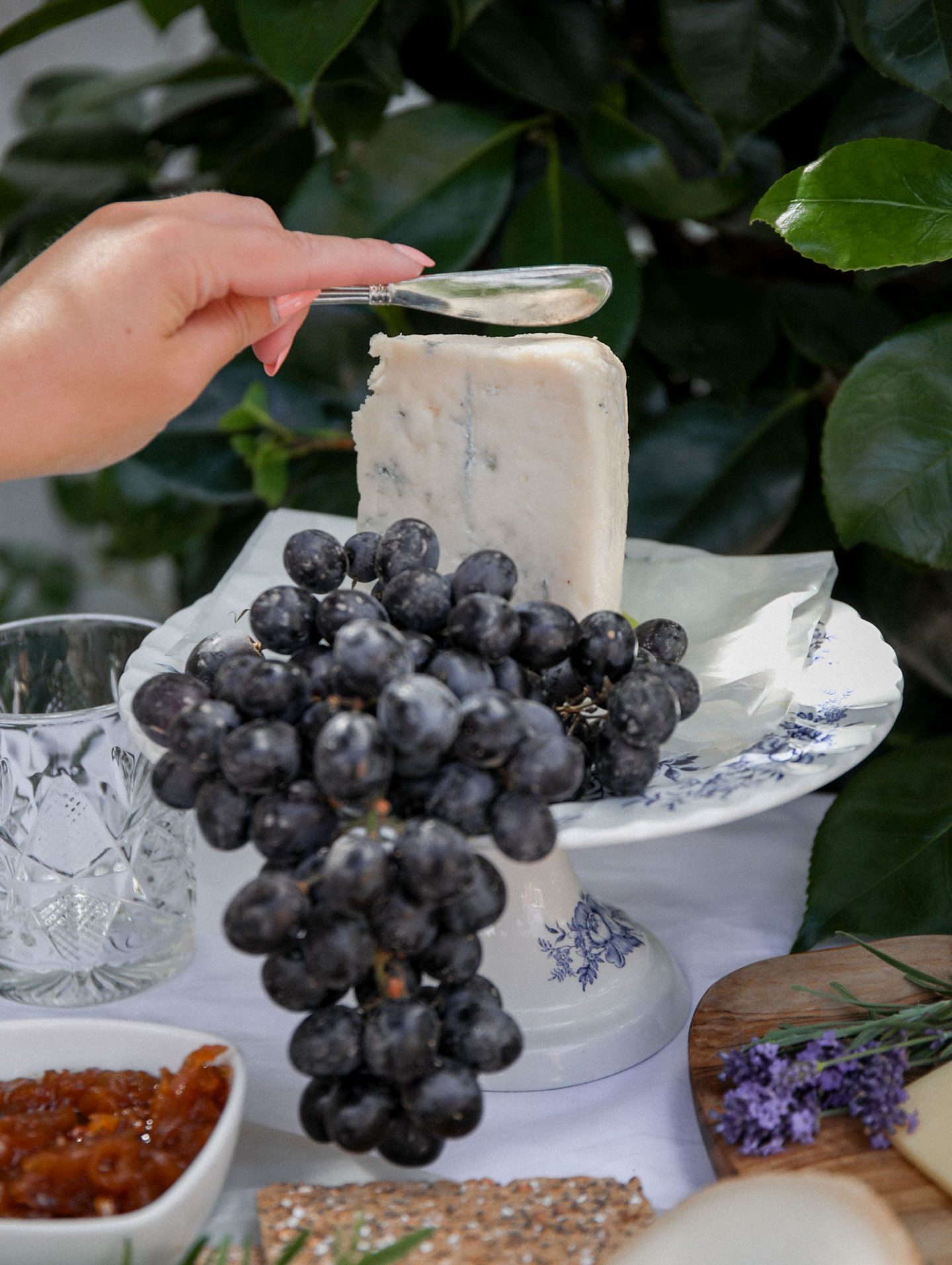 Rachel is produced in White Lake in Somerset. An unpasteurised semi-hard washed rind goat cheese. As it’s matured, it’s washed with a brine solution that gives the cheese a dusky rind and occasional orange and yellow spots.

This was the cheese that surprised us the most. Far removed from the crumbly, creamy goats cheese that we’re typically used to. This cheese still has that distinguishable goats cheese flavour, but with a much lighter, moreish taste. 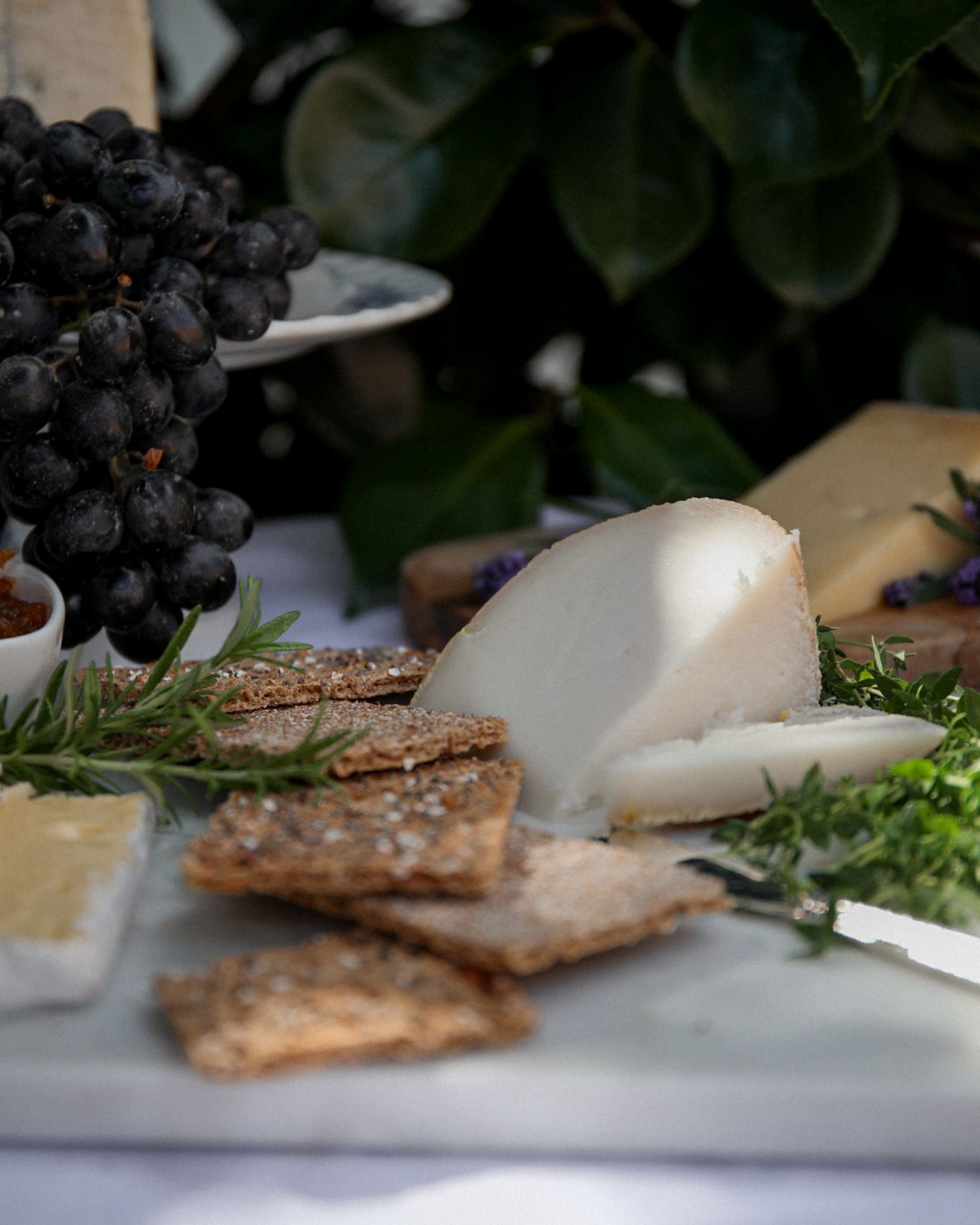 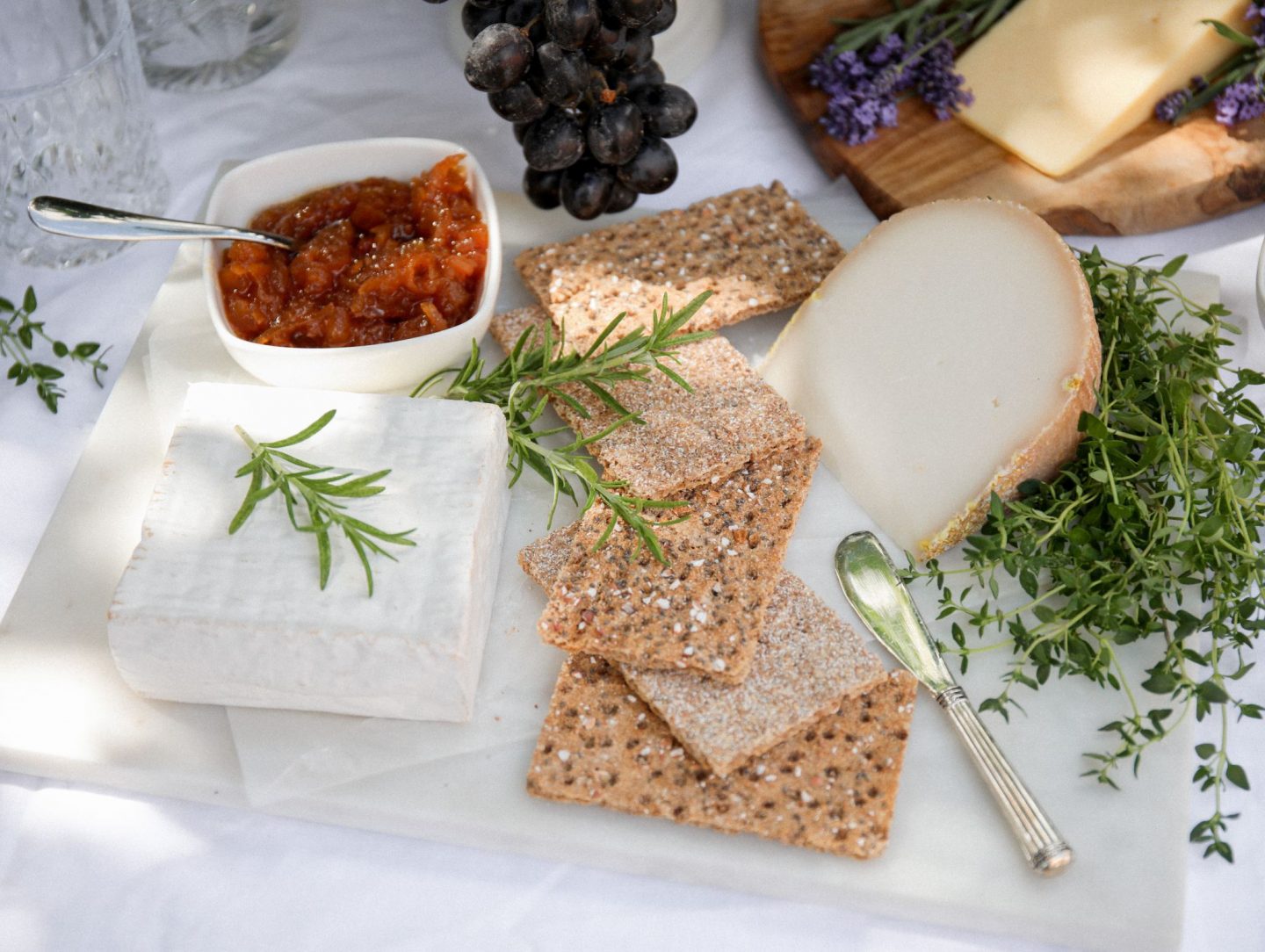 Finally, the Sharpham Brie which is an unpasteurised cows milk from Sharpham in Devon. Made to the same recipe since 1891, it’s often described as a Brie but actually is more like a French Coulommier (which my mum suggested before I had told her!)

This is a wonderfully deep yellow coloured cheese with a firm, rich texture that melts in the mouth. 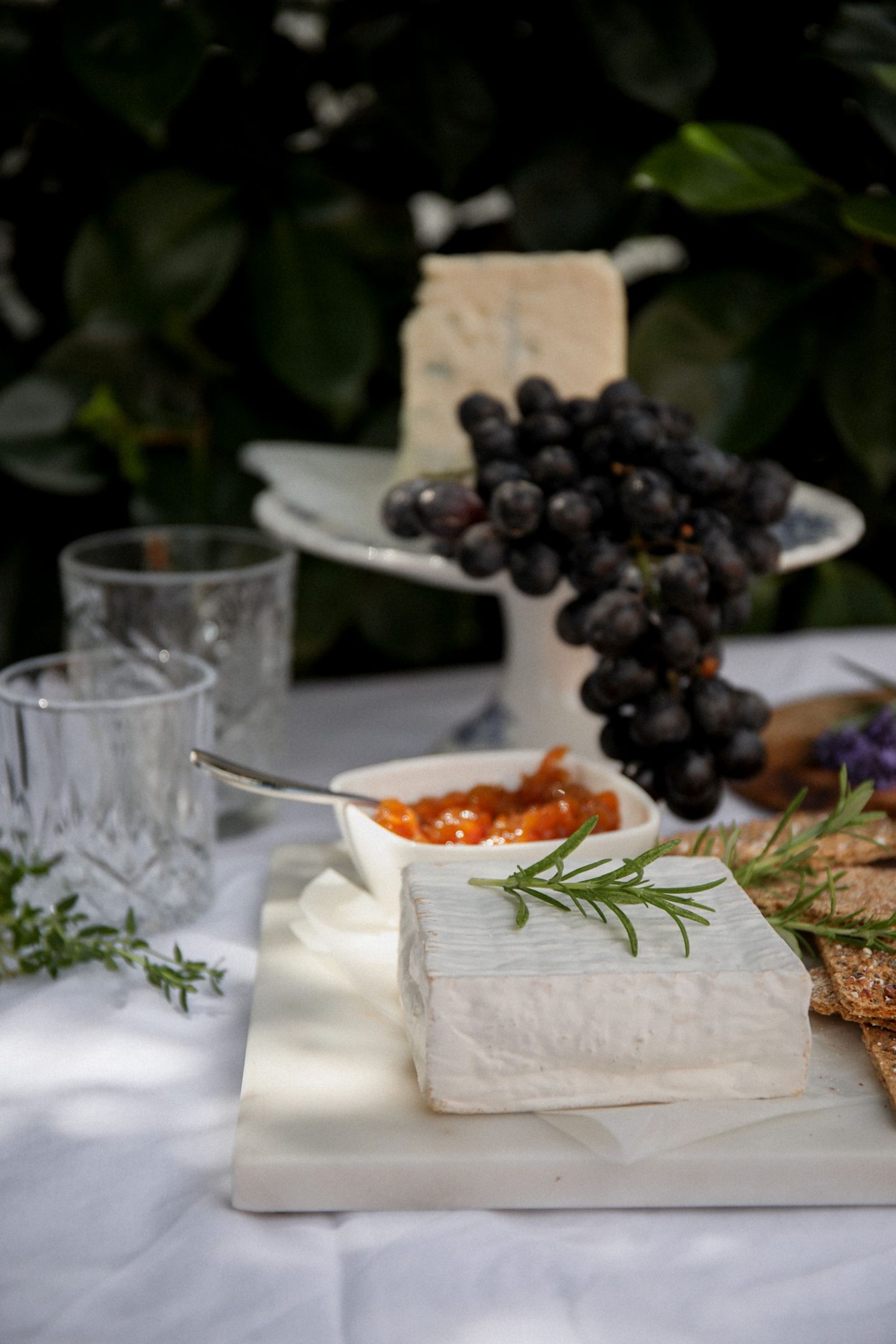 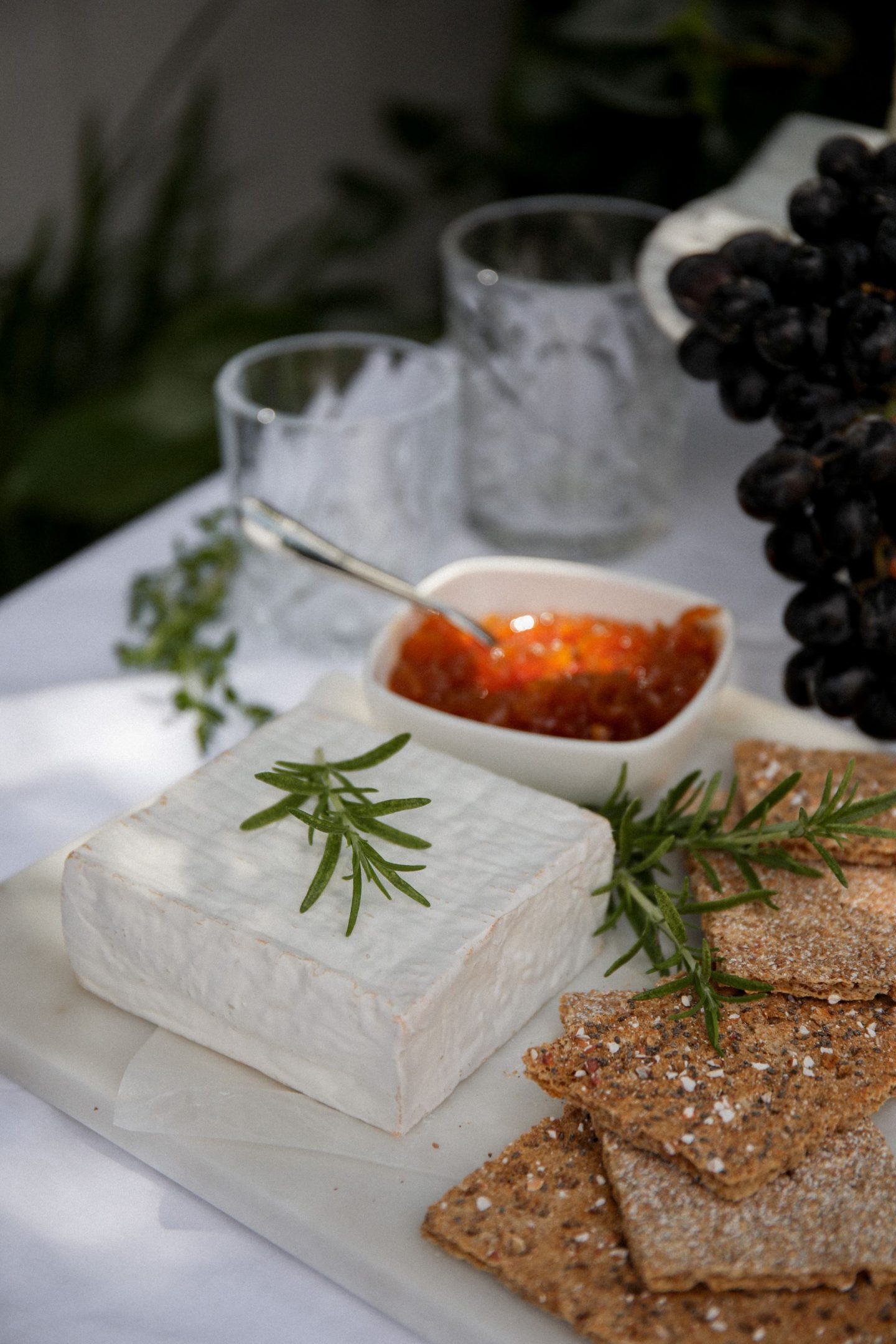 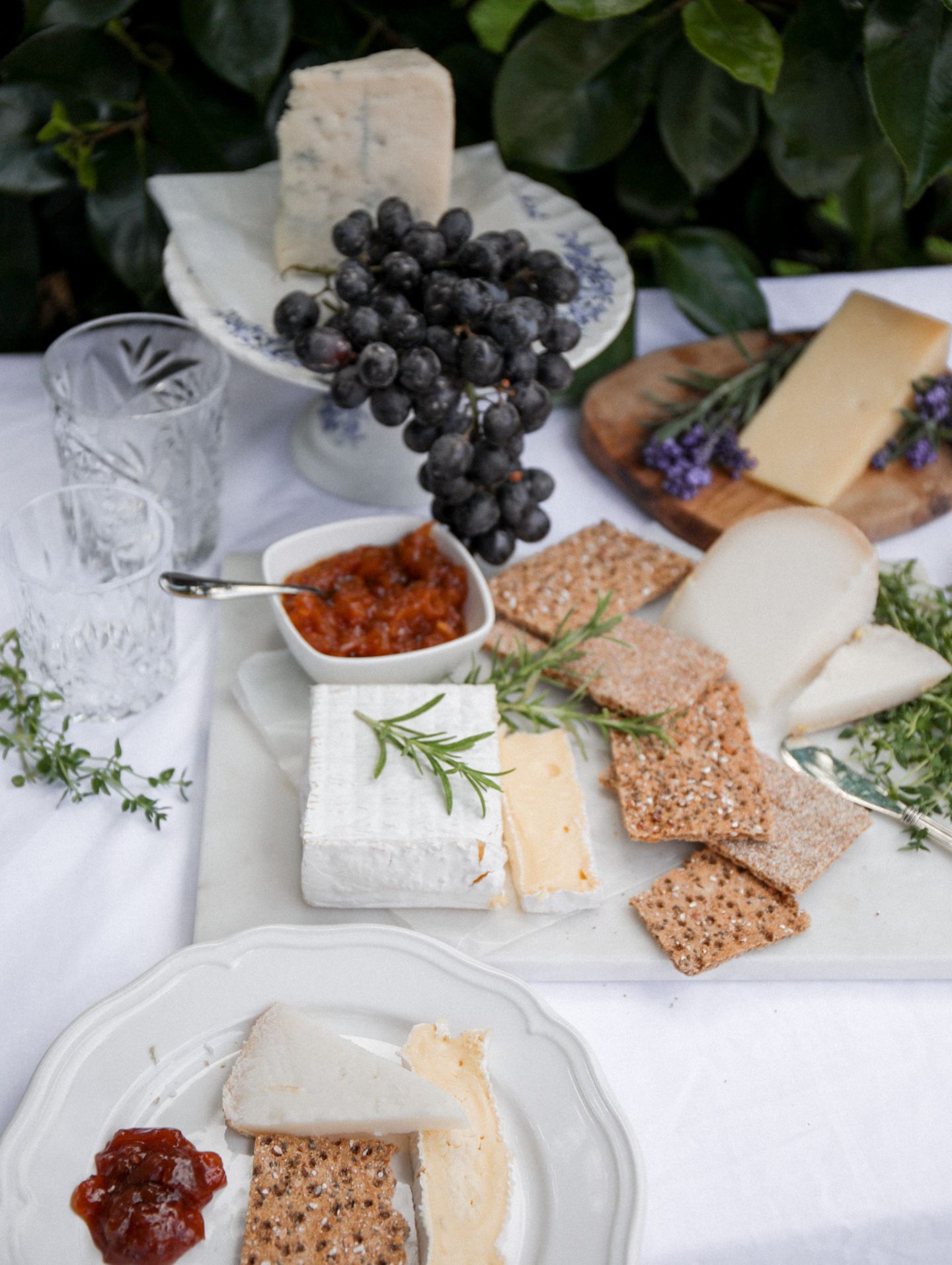 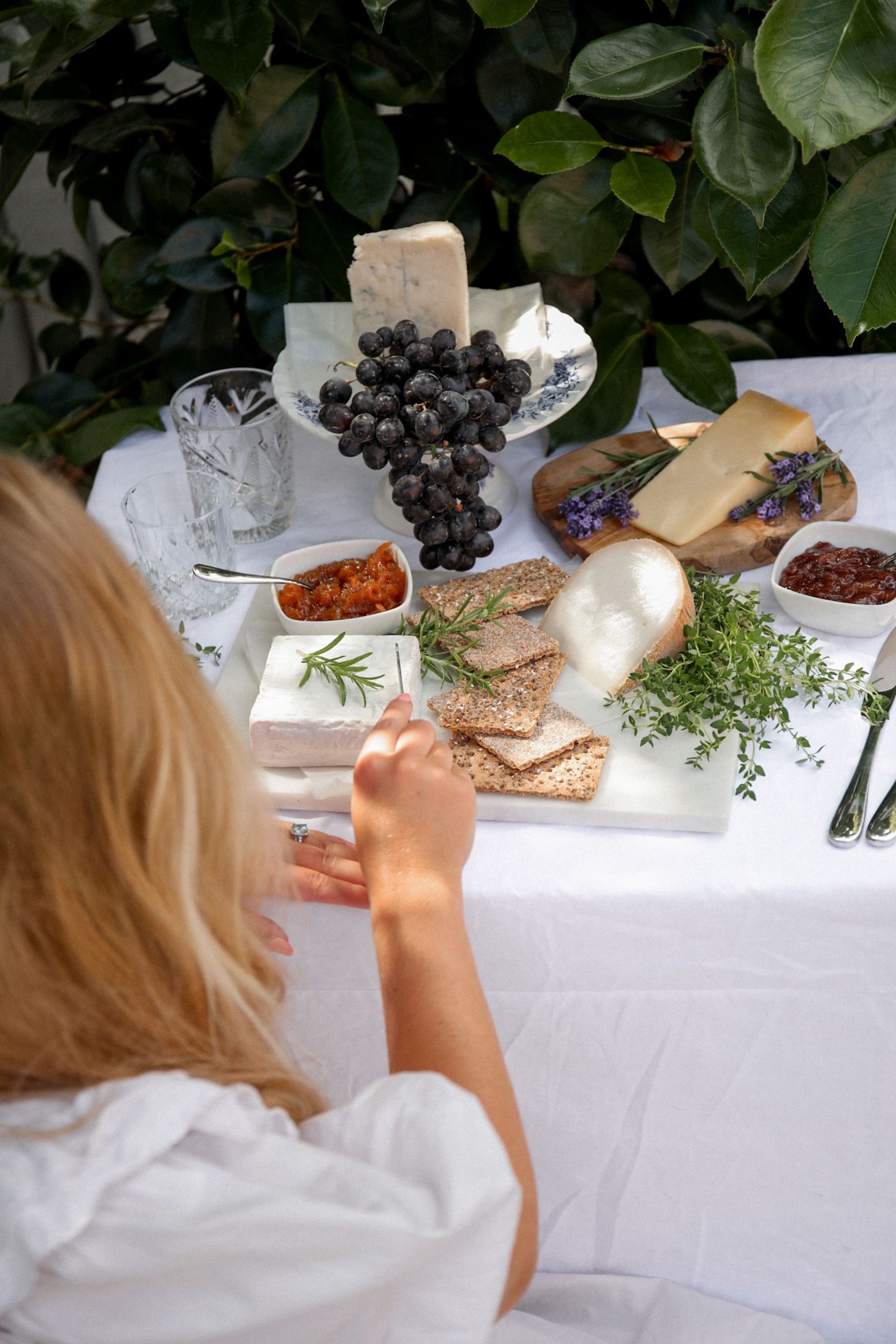 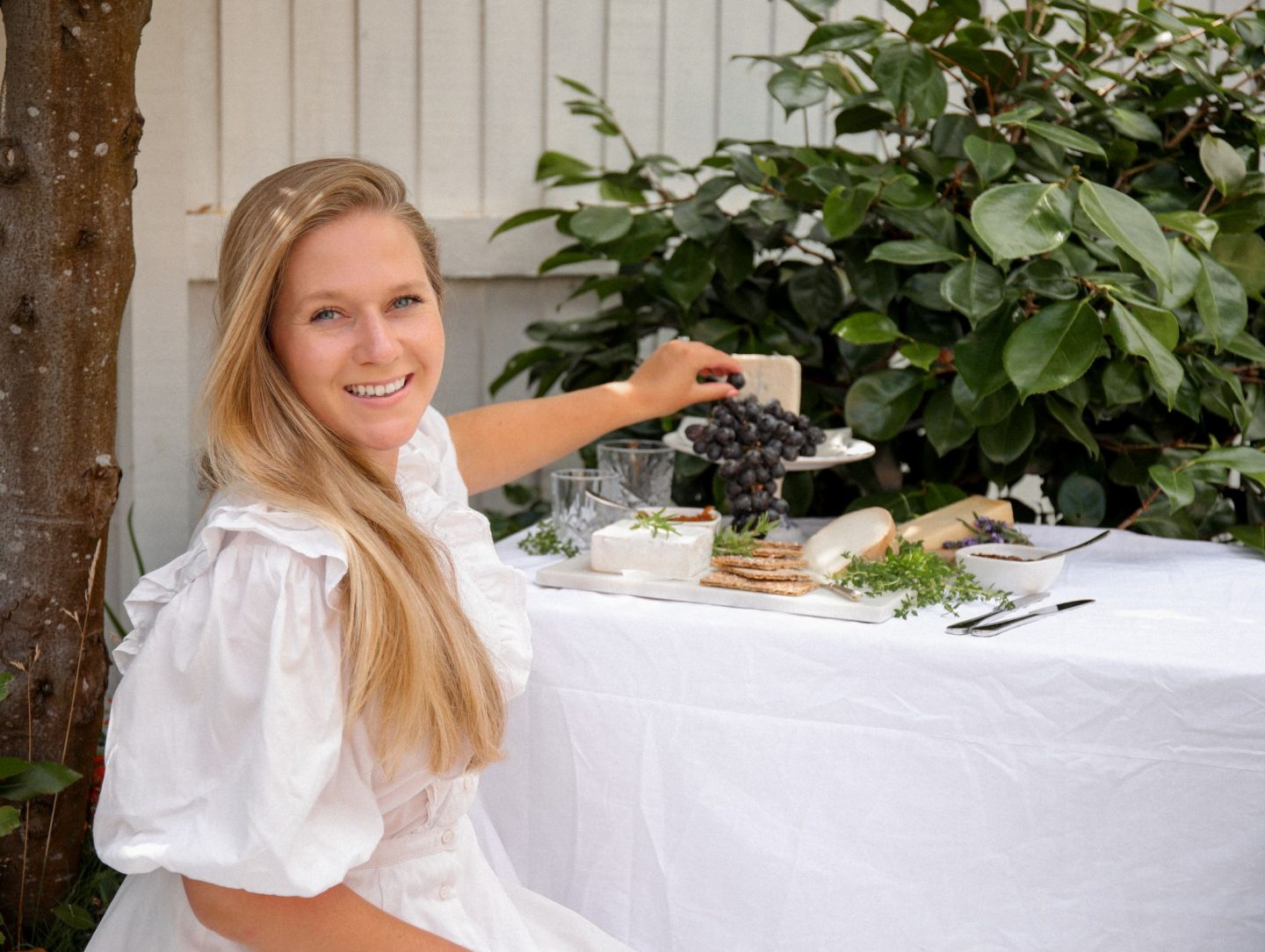 At just £32 for the box, this makes the perfect summer dinner party gift and is the easiest way to gain brownie points if you’re asked to bring the cheese board! Simply surround the cheese with herbs and fresh grapes and serve with a selection of chutney’s and crackers. A heavenly lunch time treat, or delectable after-dinner snack!

I was very kindly sent the West Country Cheese Box by Quicke's, but was under no obligation to post and all thoughts and words are my own.