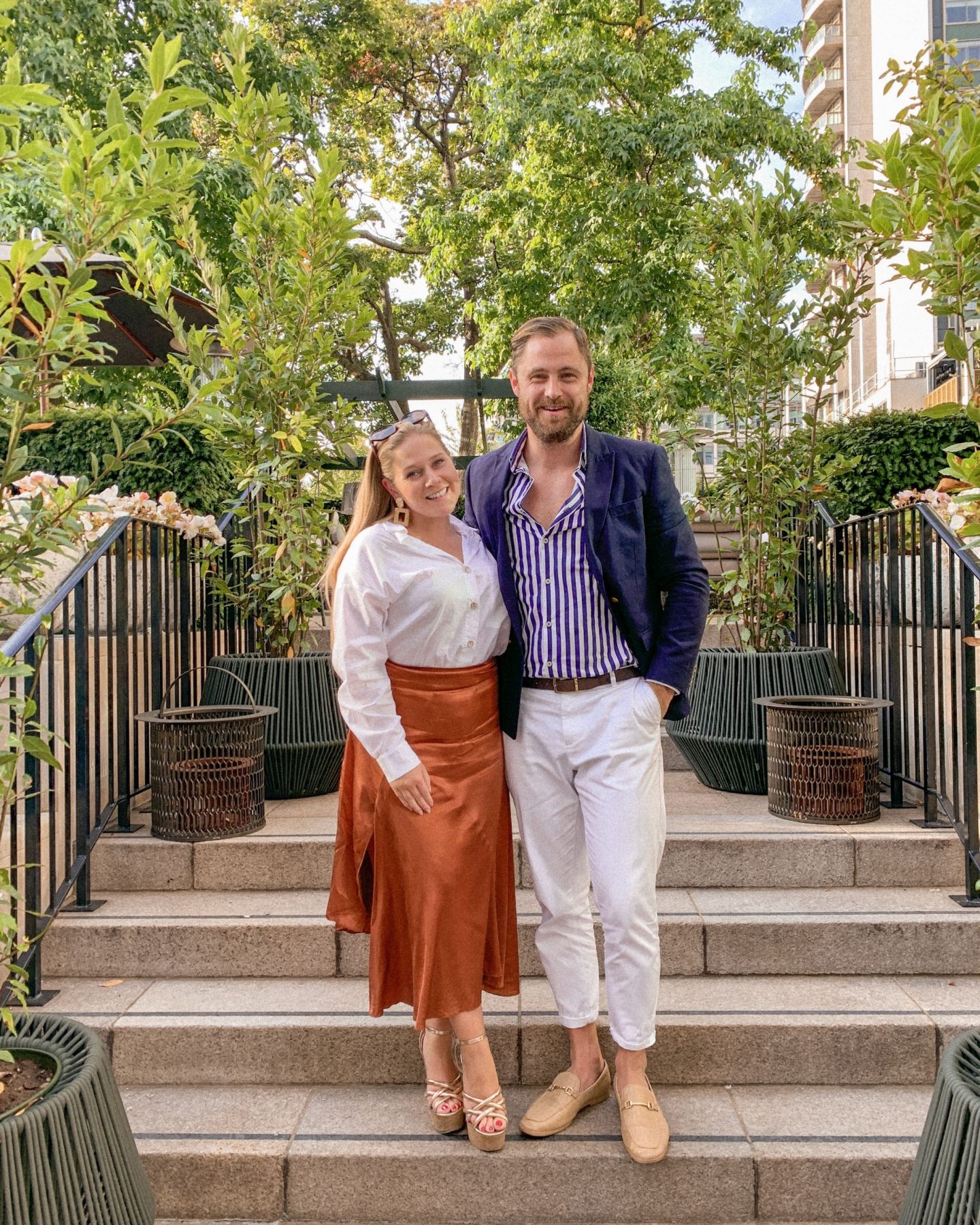 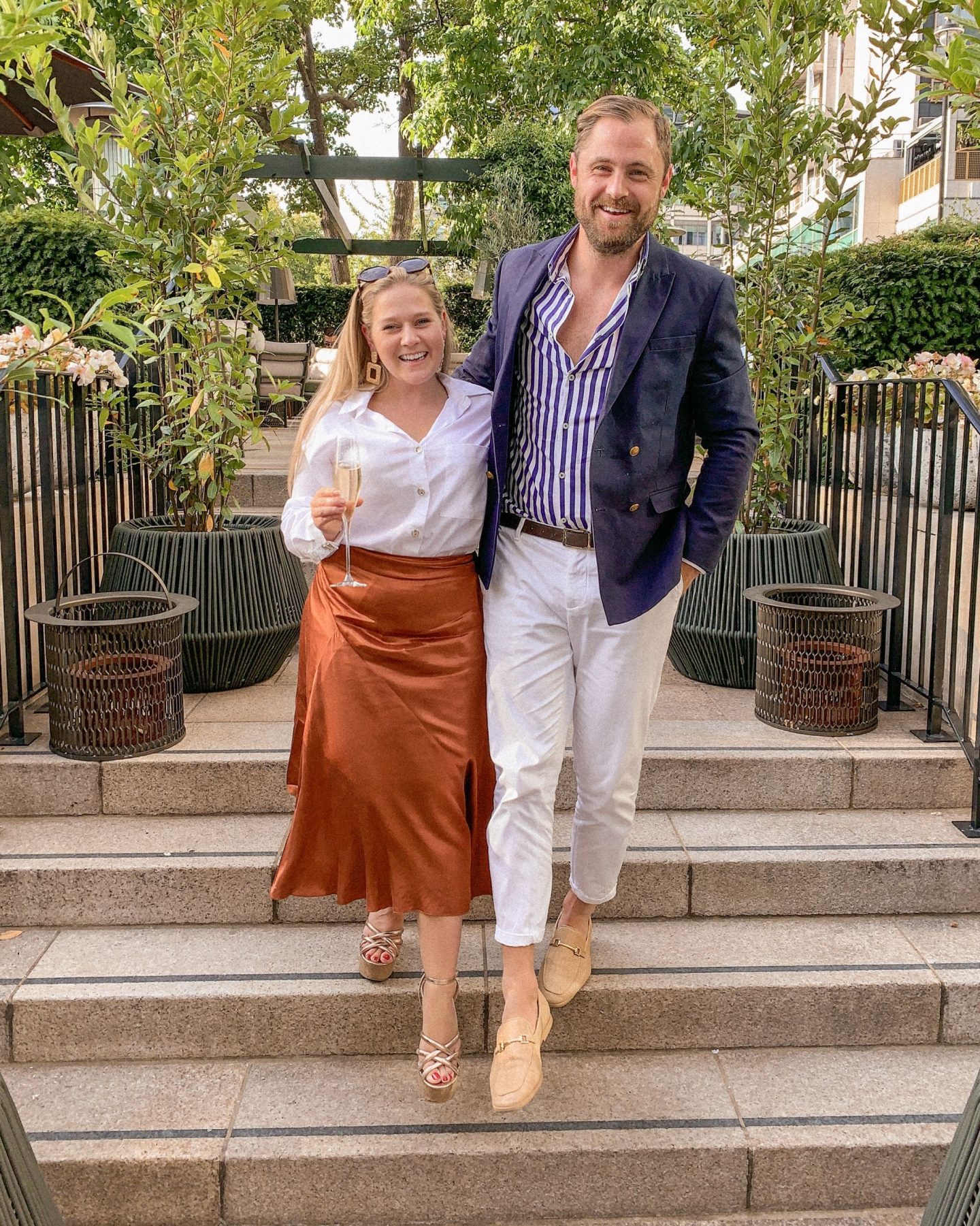 Our lovely friend Bonnie (Style Traveller) invited us to her Four Seasons X Bonnie Rakhit London Fashion Week Afternoon Tea, to celebrate the end of summer. We zipped back from Scotland and made it just in time to change quickly and head back out again.

We arrived at The Four Seasons and the tables had been set. Beautiful blooms graced the tables on the Terrace, along with ornate tea sets and intricate menus. A very generous personalised gift had been left for each of us from Thomas Sabo, I received a beautiful gold stars bracelet. I had been placed on a table with my dear friend Angie (SilverSpoon London), Lauren Crowe and Leah (Devoted to Pink). 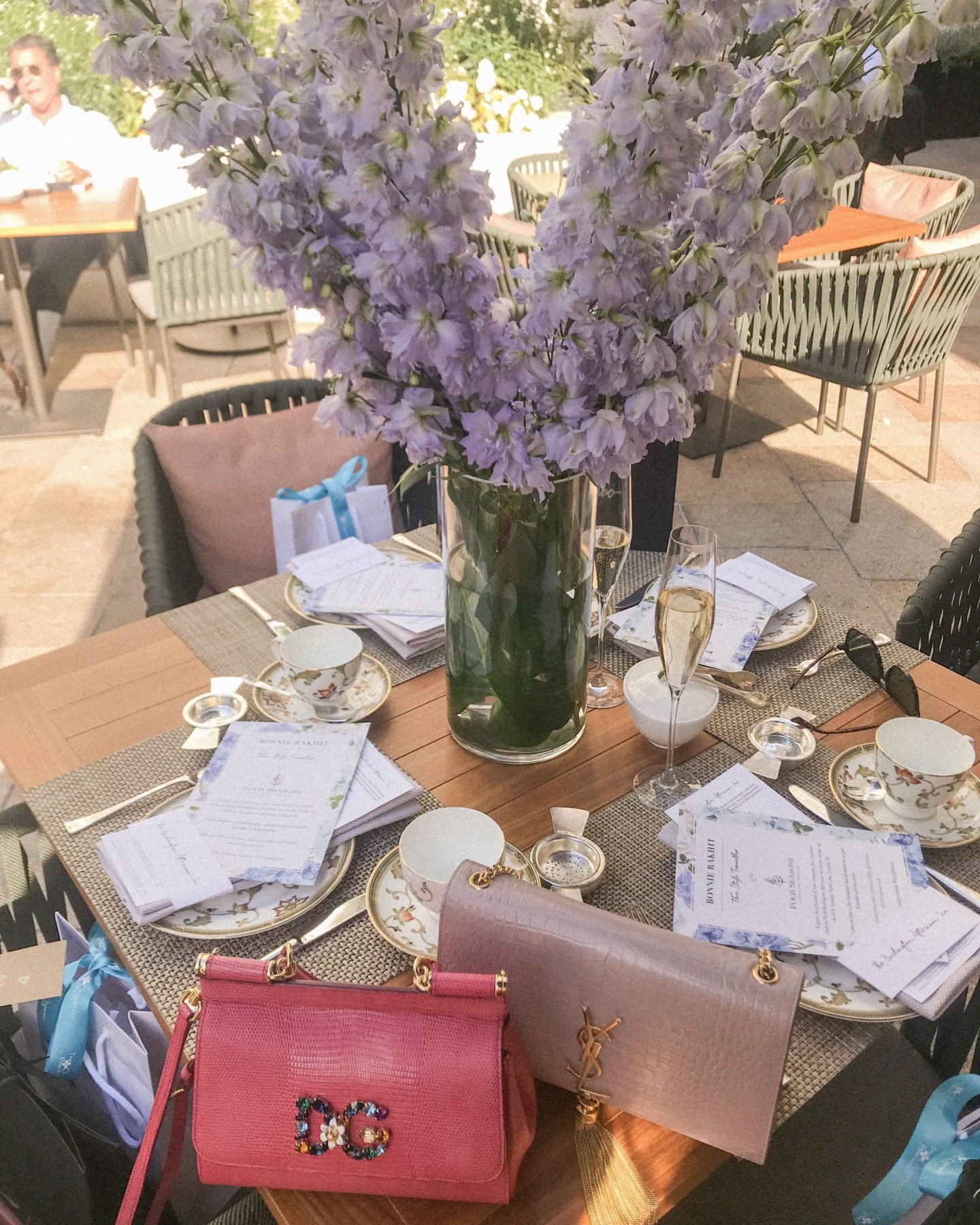 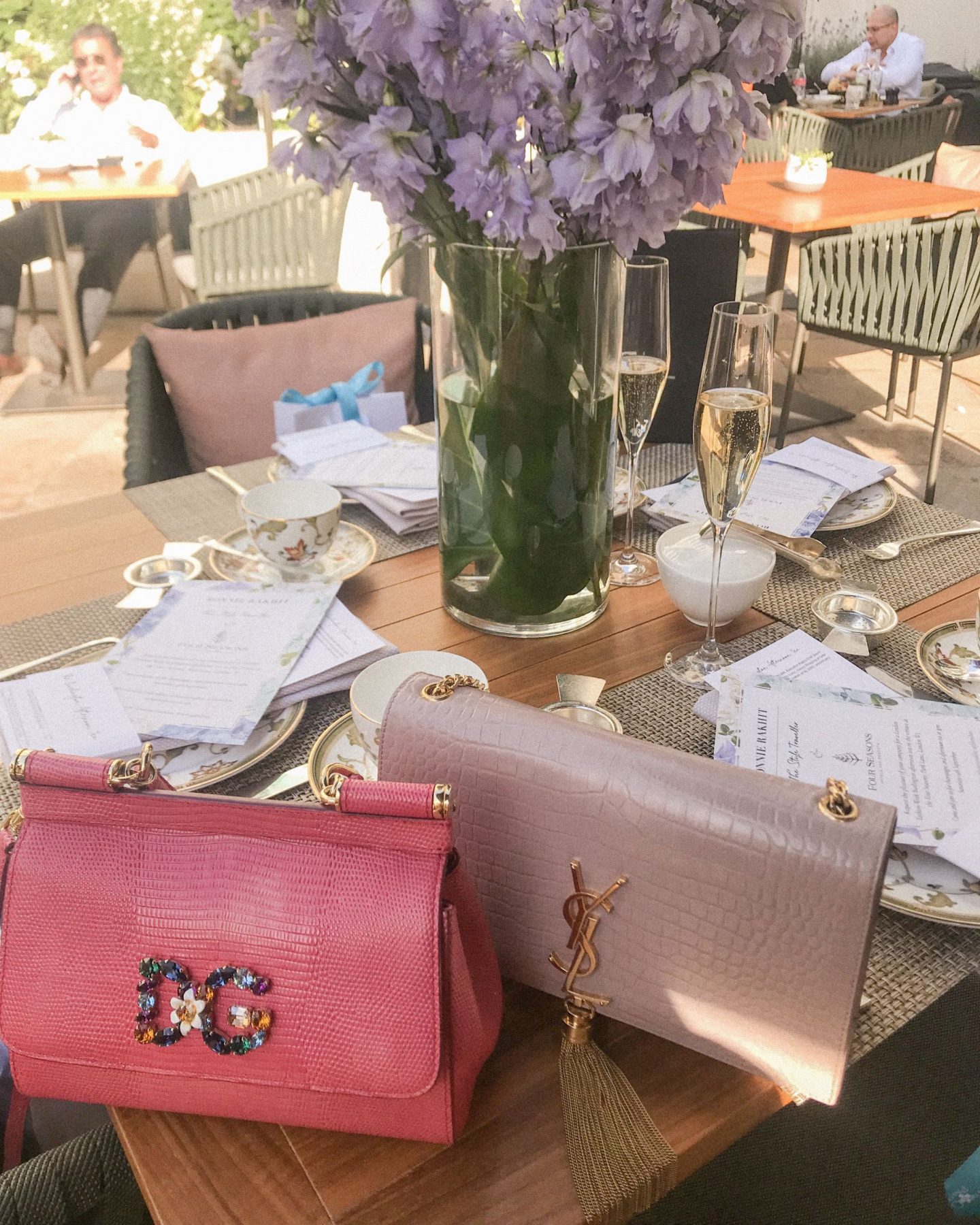 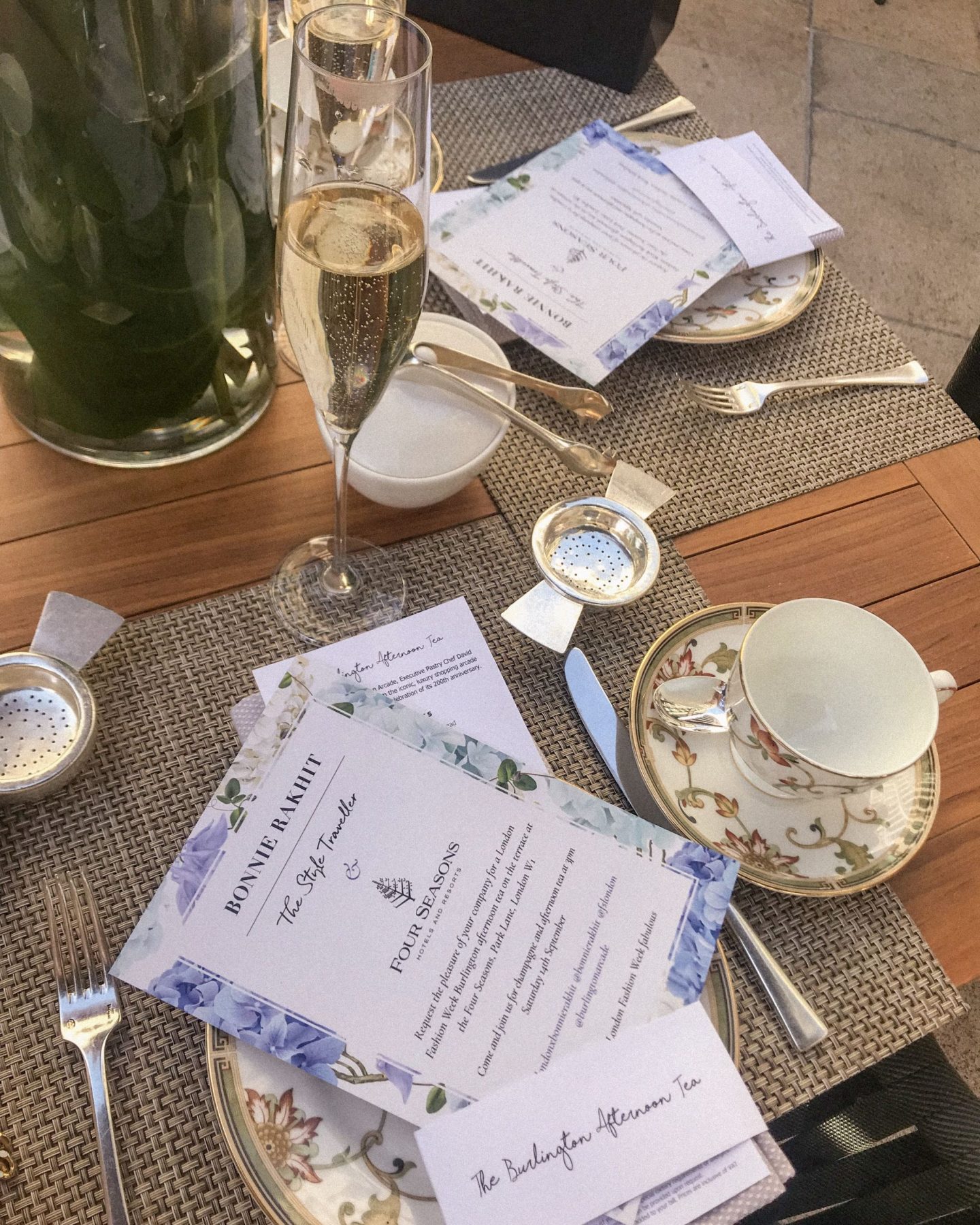 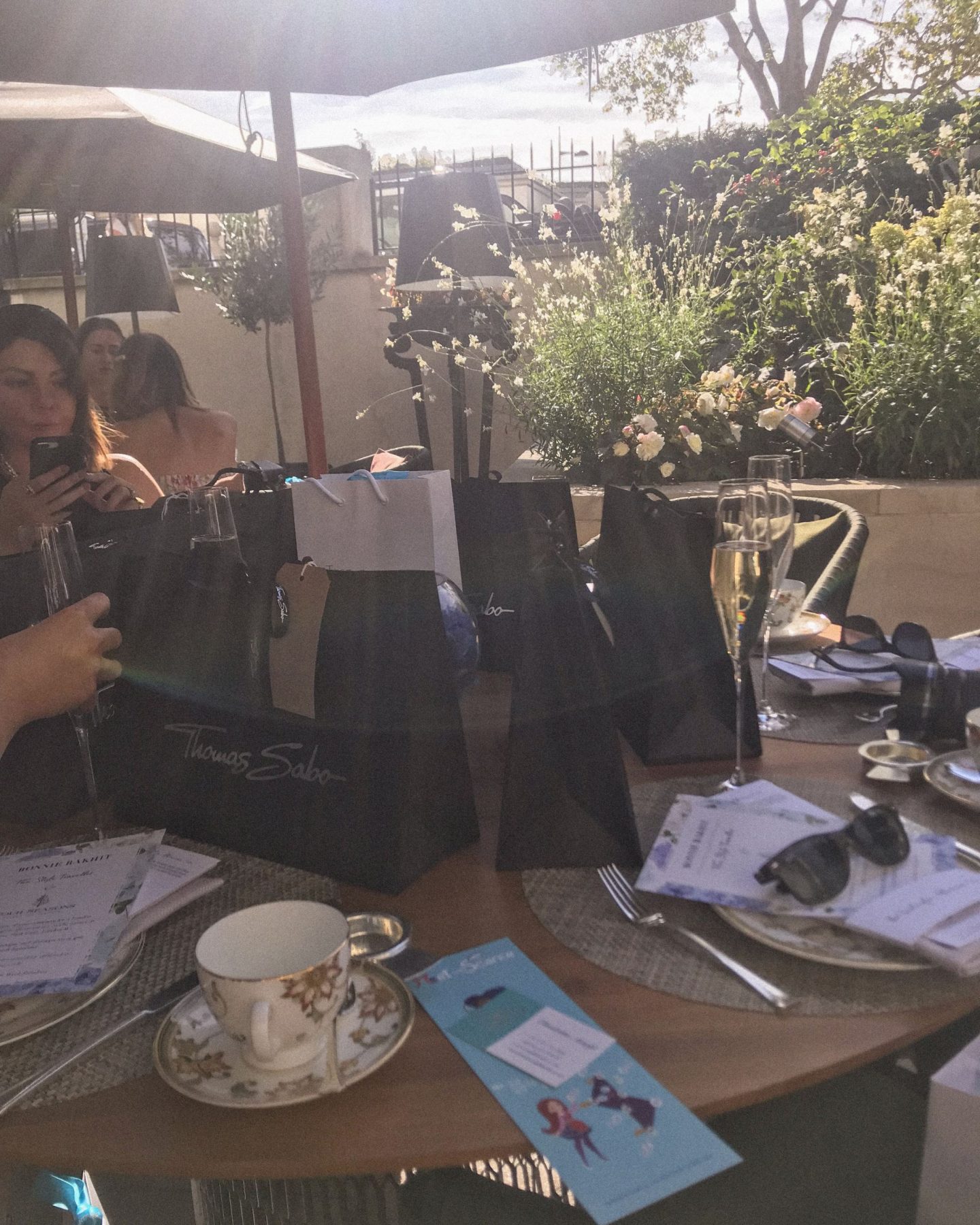 Before we were all seated, we made sure to get some group shots. Bonnie had truly invited such a lovely group of people. In an industry that can be very competitive and is constantly being attacked by the media, it was so nice to have a day of support and laughs. 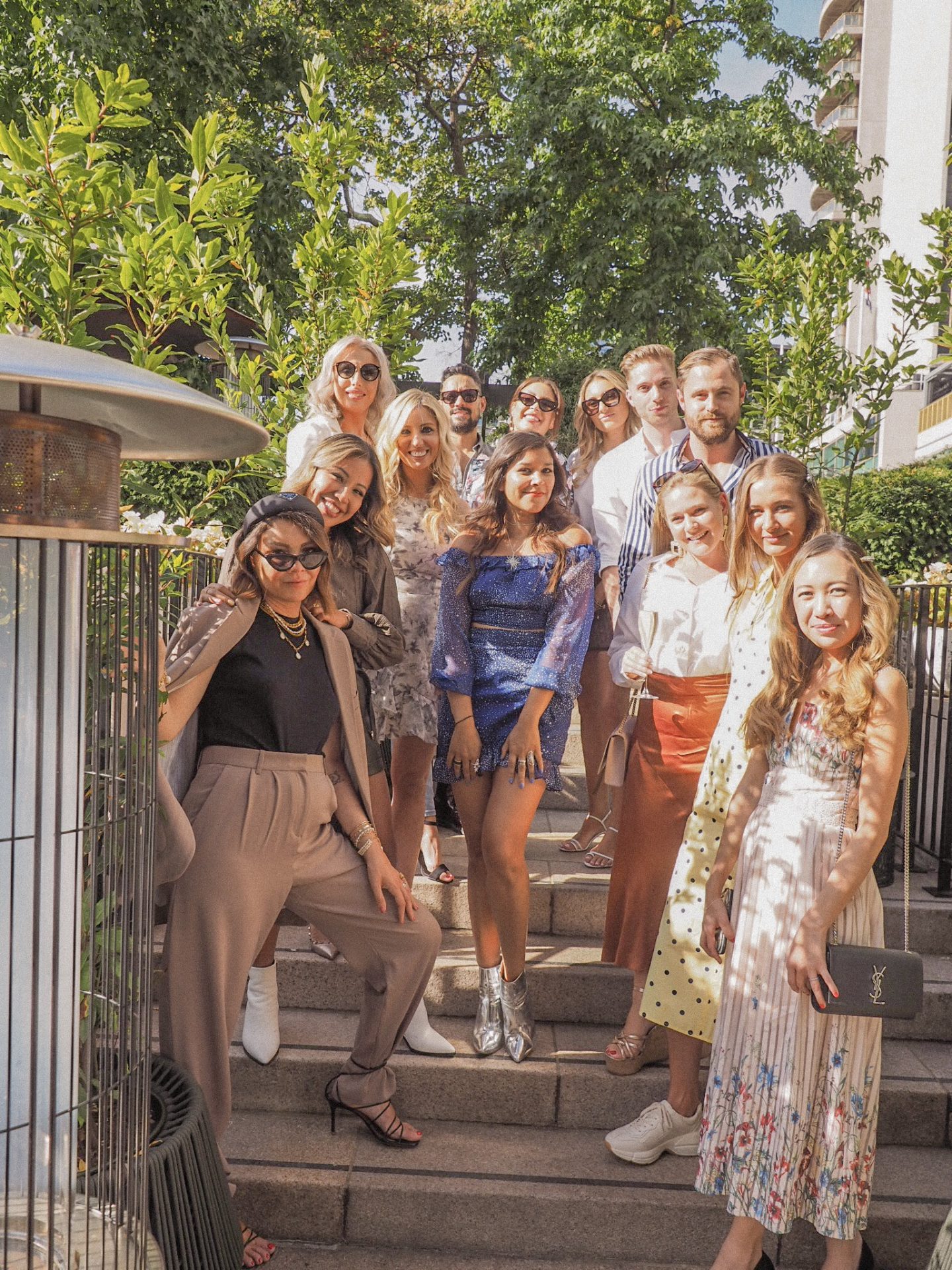 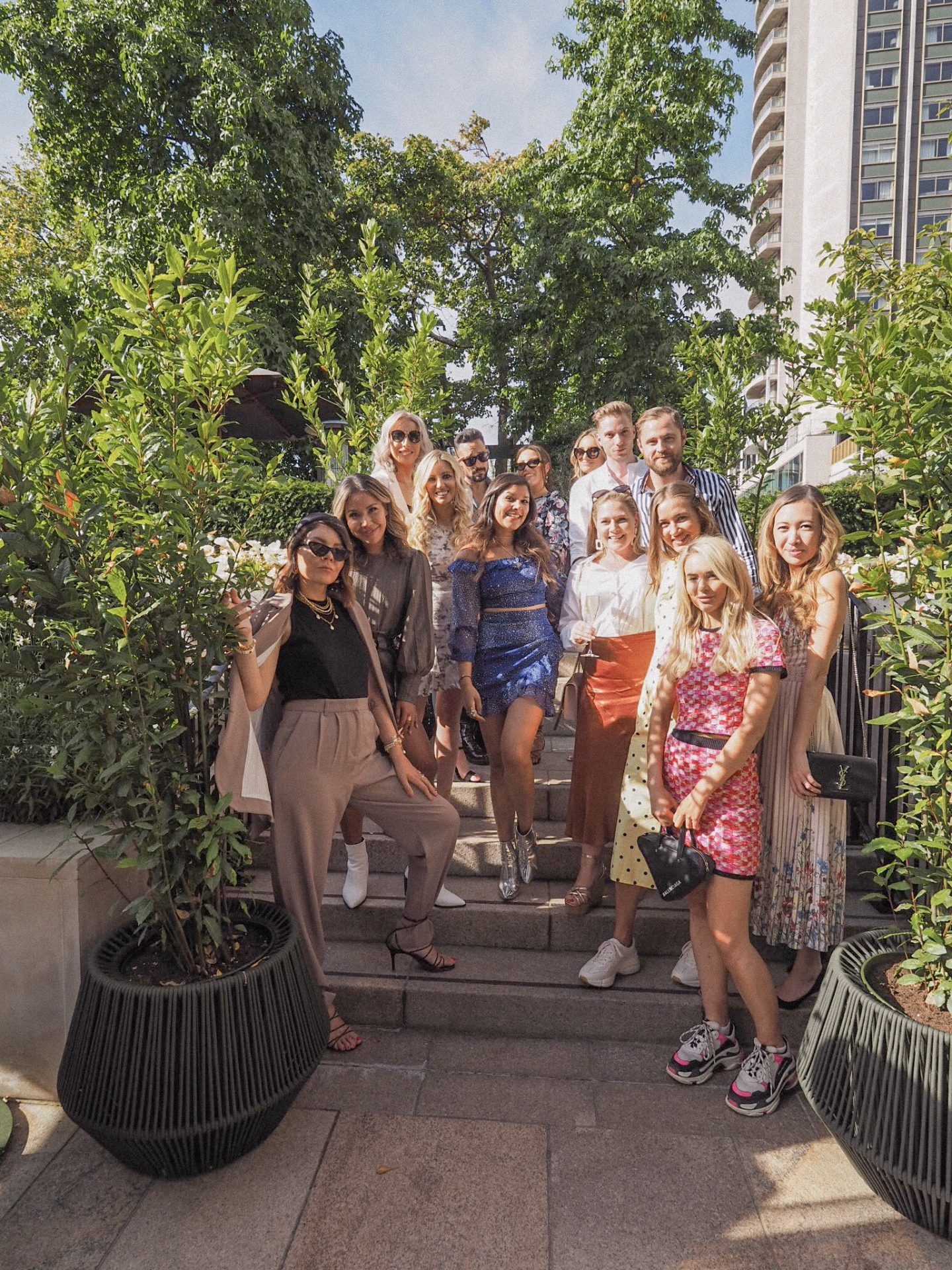 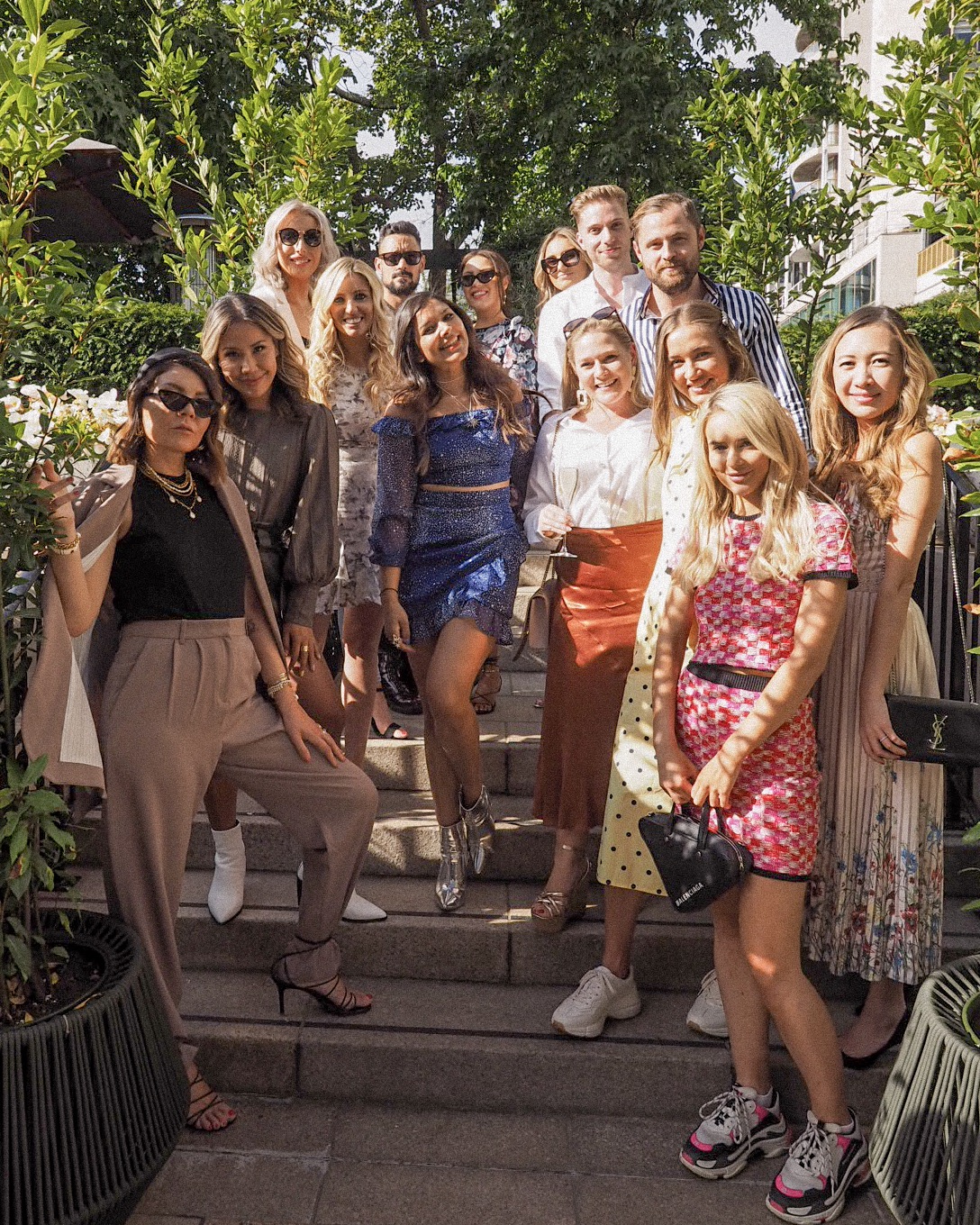 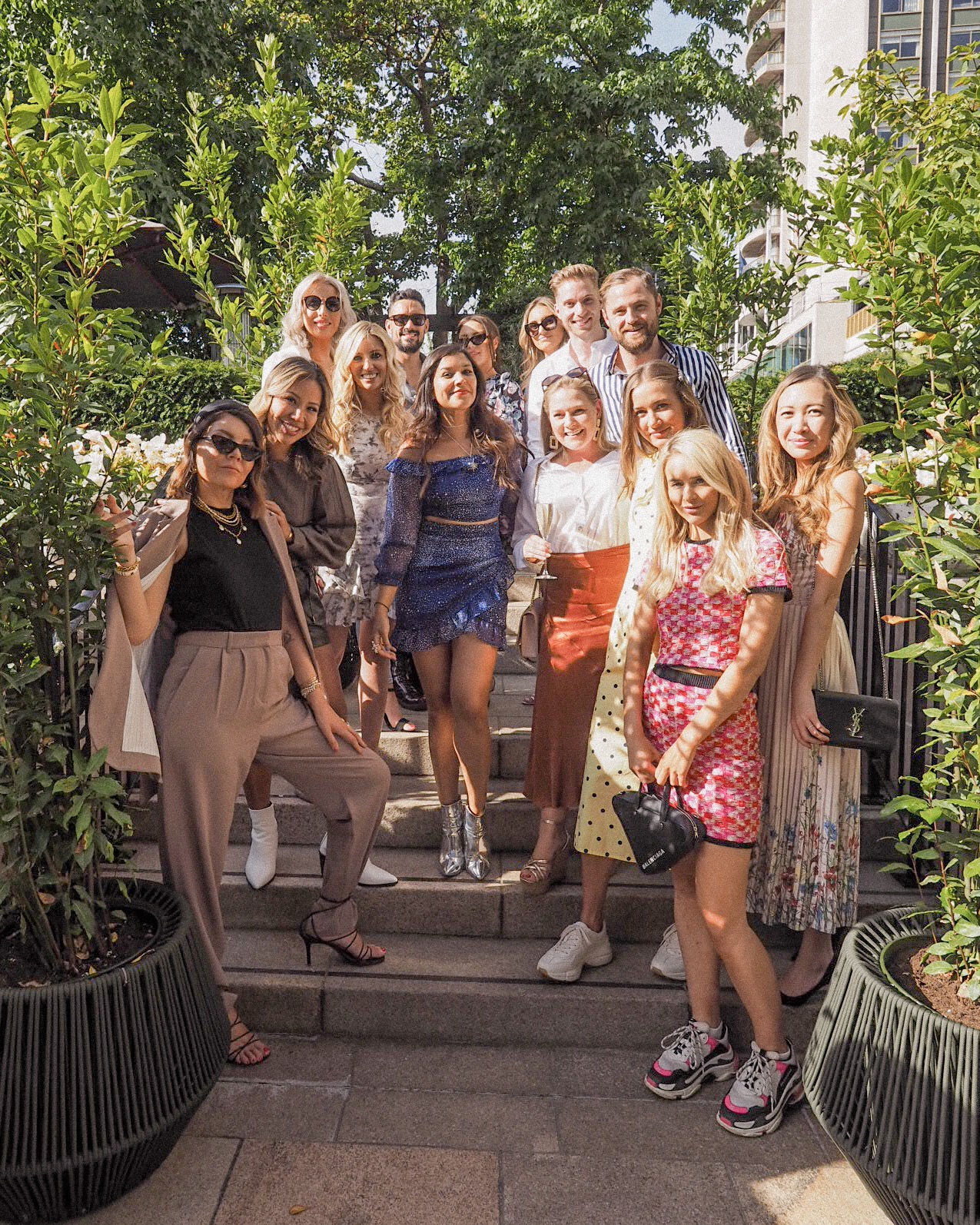 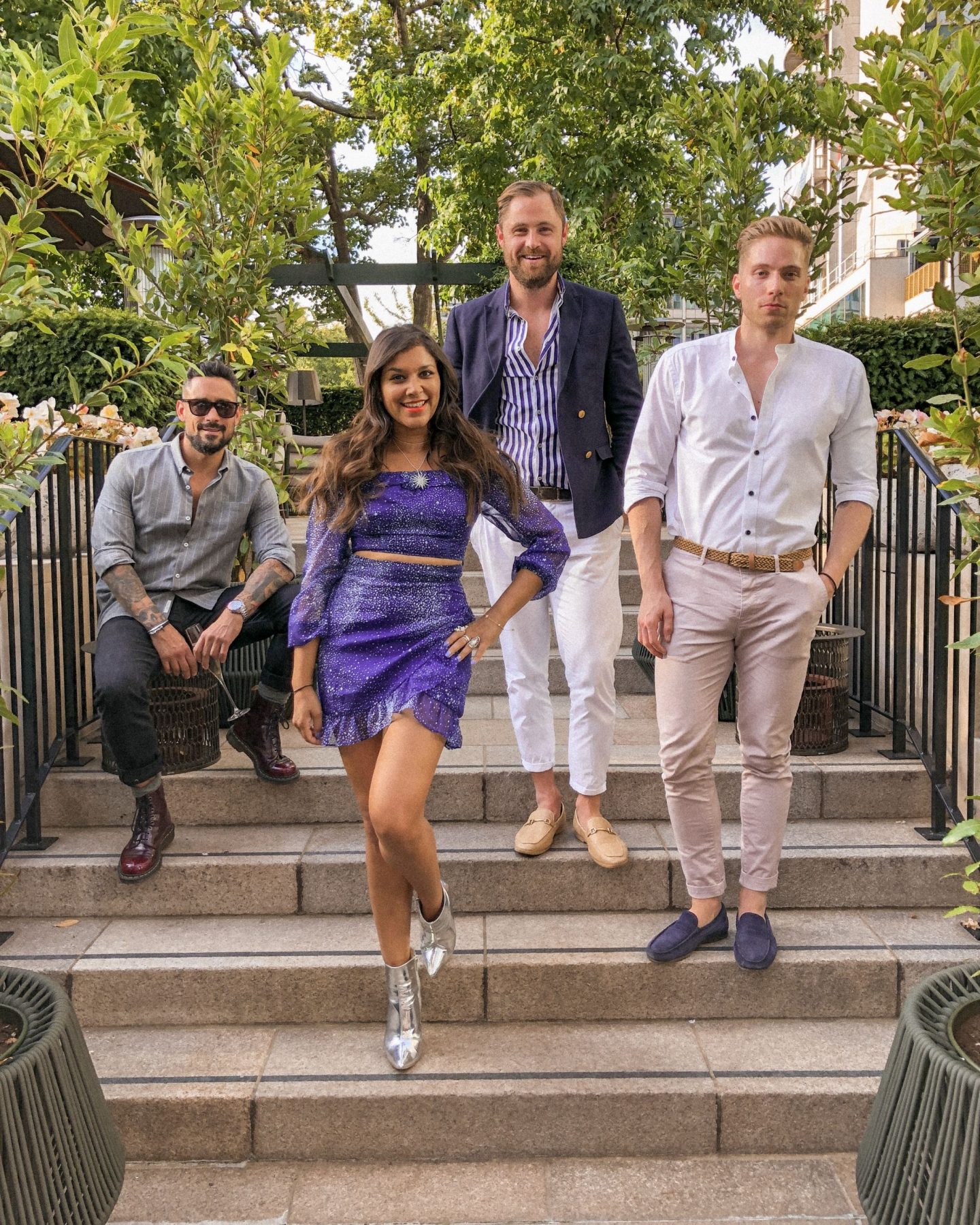 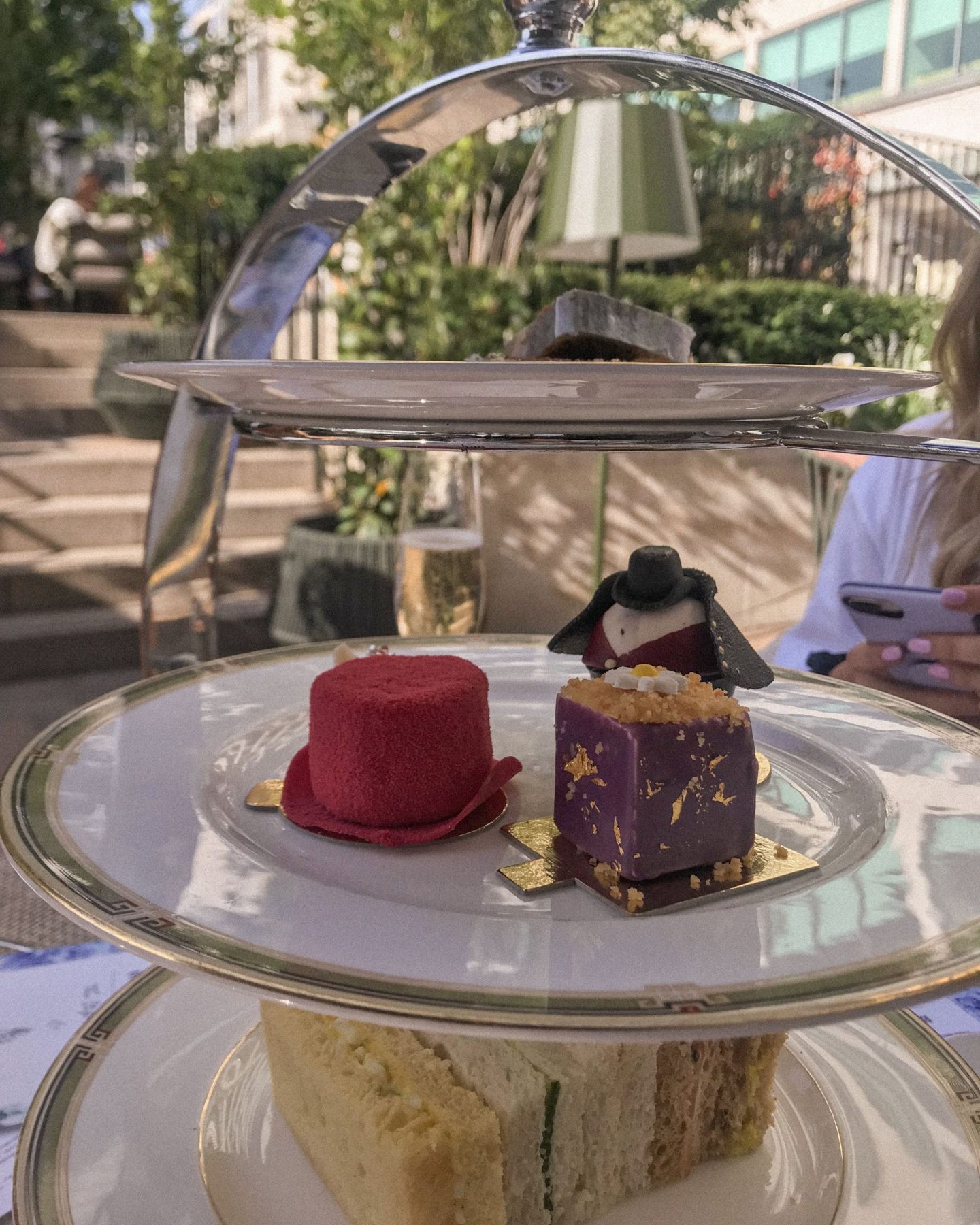 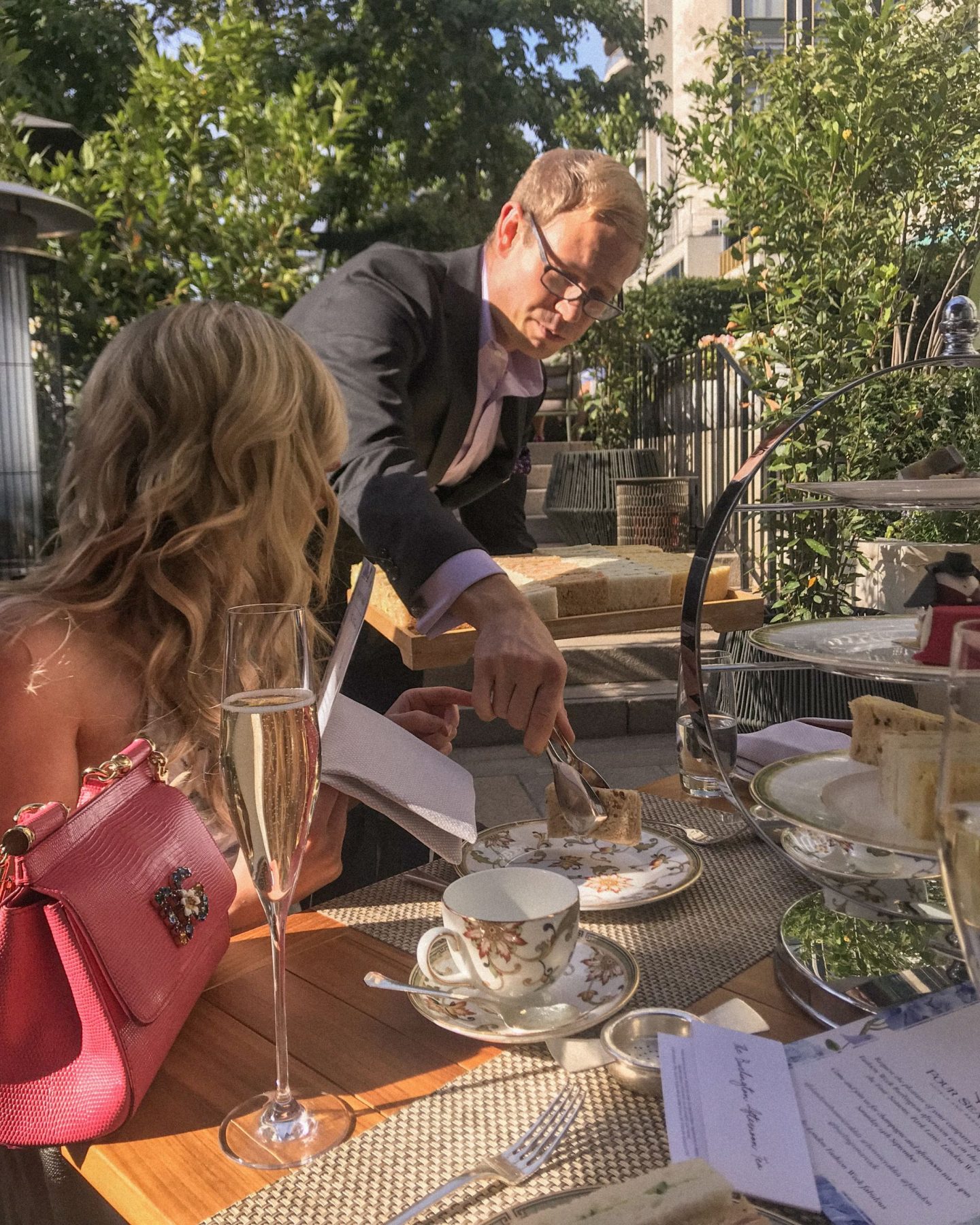 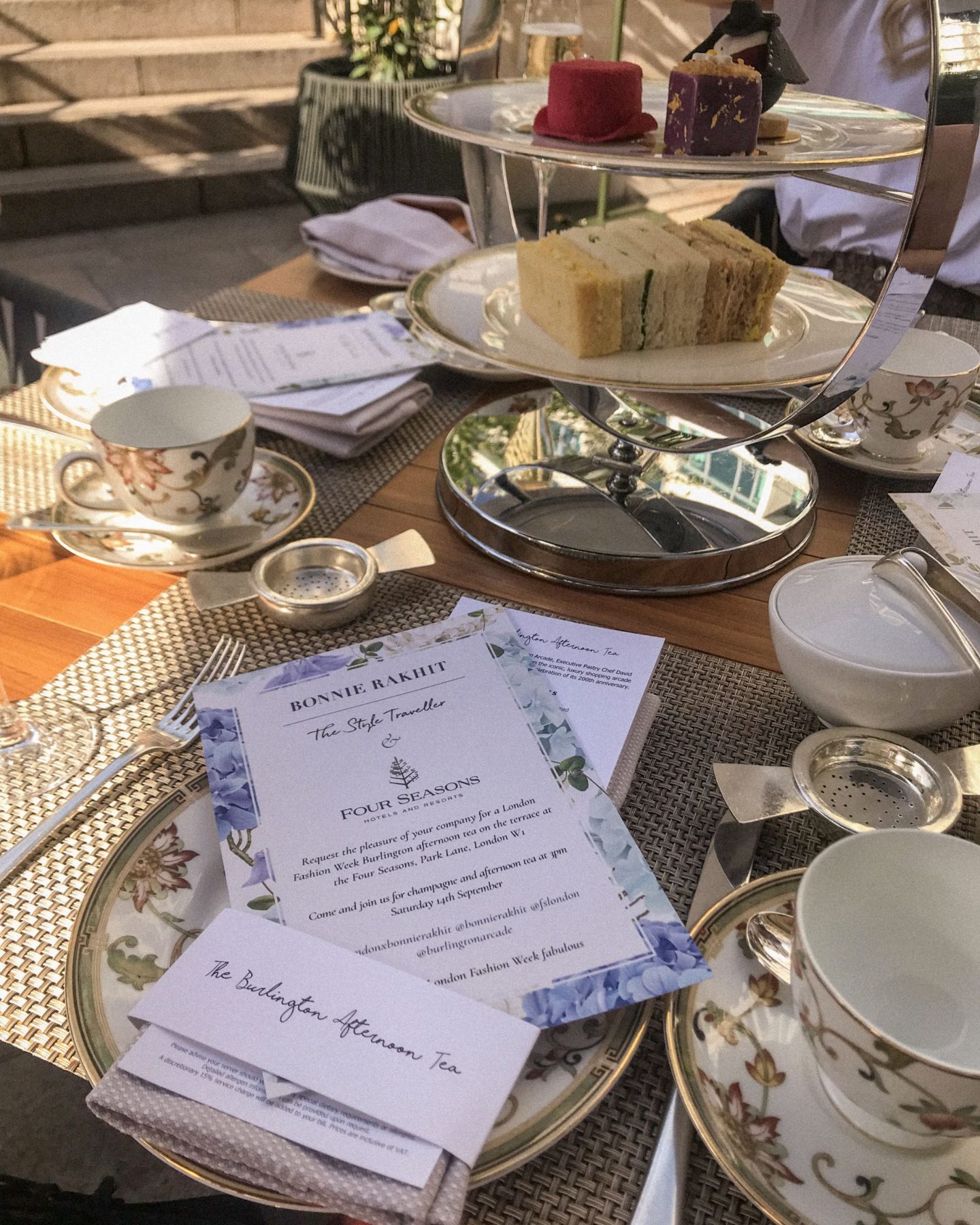 I love an afternoon tea that includes raisin scones. The Four Seasons does traditional AND raisin scones which makes it that much better. I only ever put clotted cream and jam on my scones. For those that like something else, they also provide Mandarin and Cedar Pine Nut Marmalade. 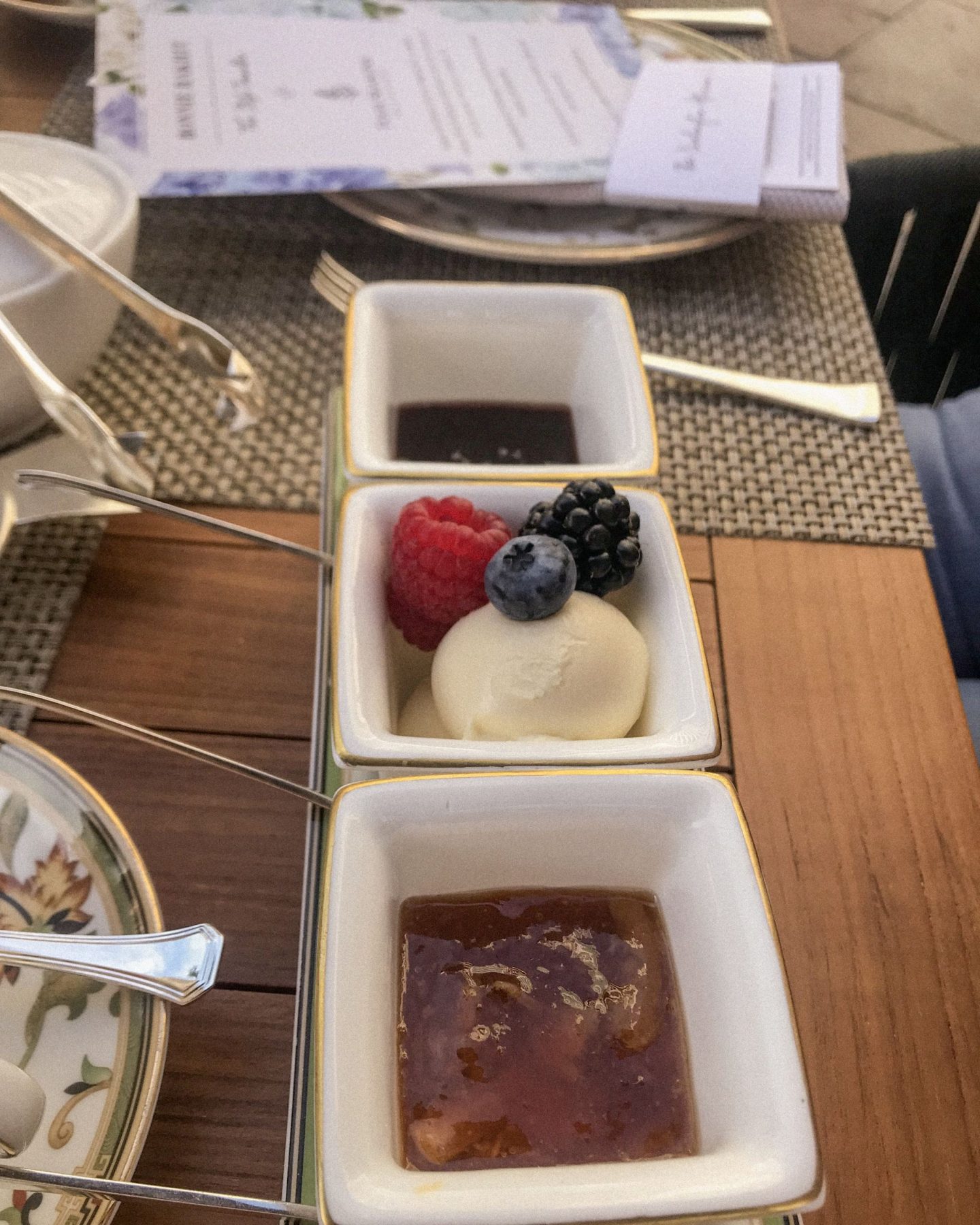 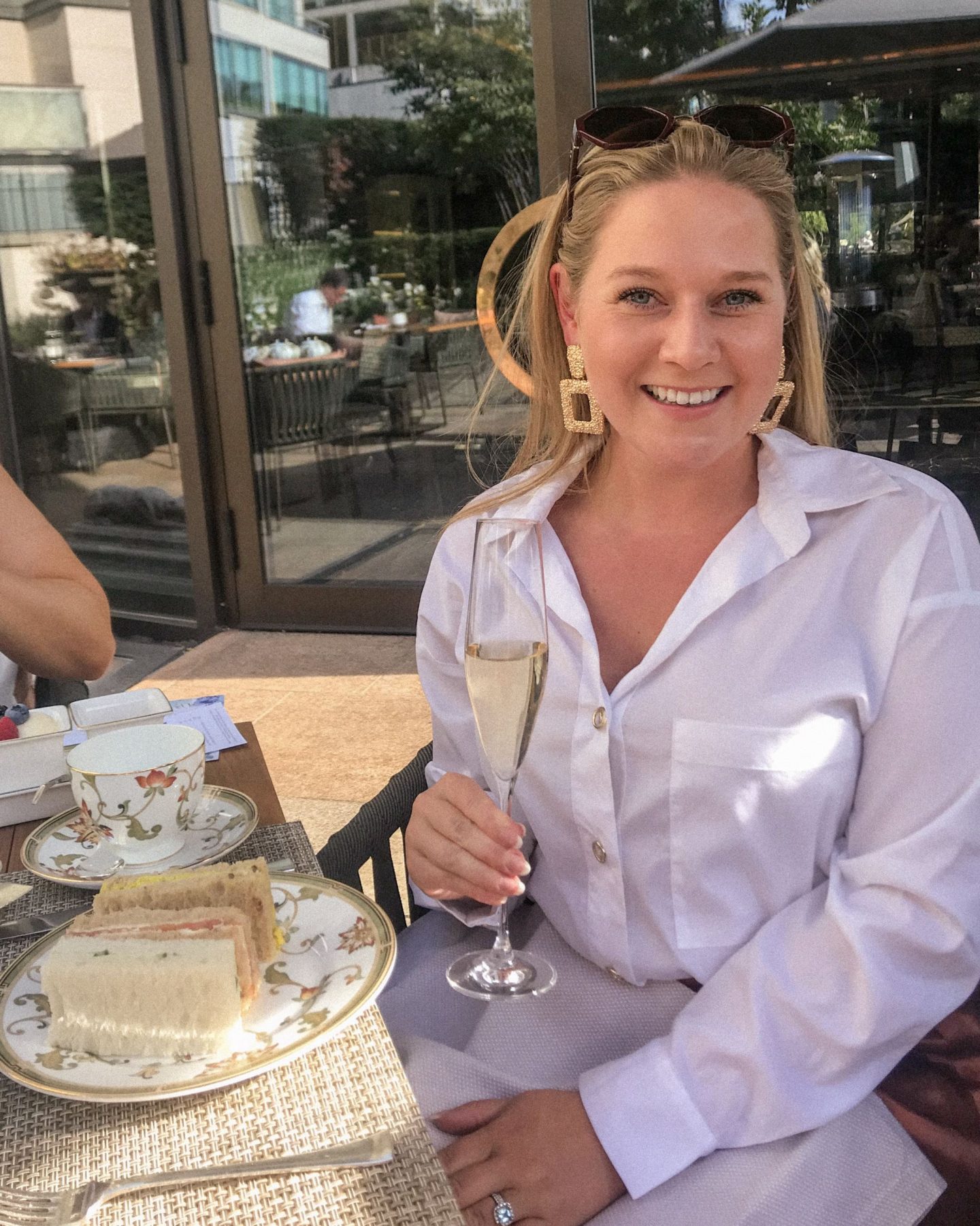 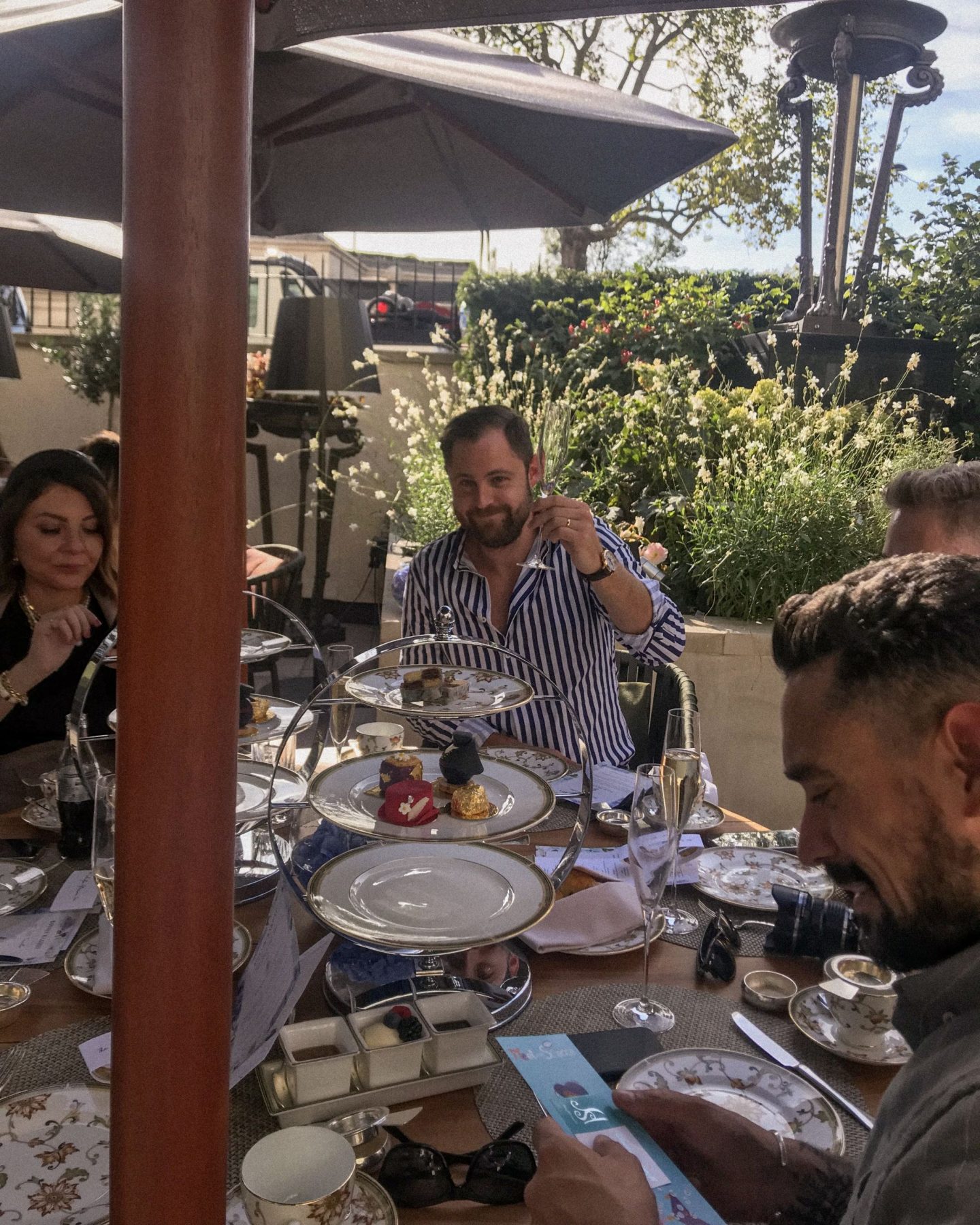 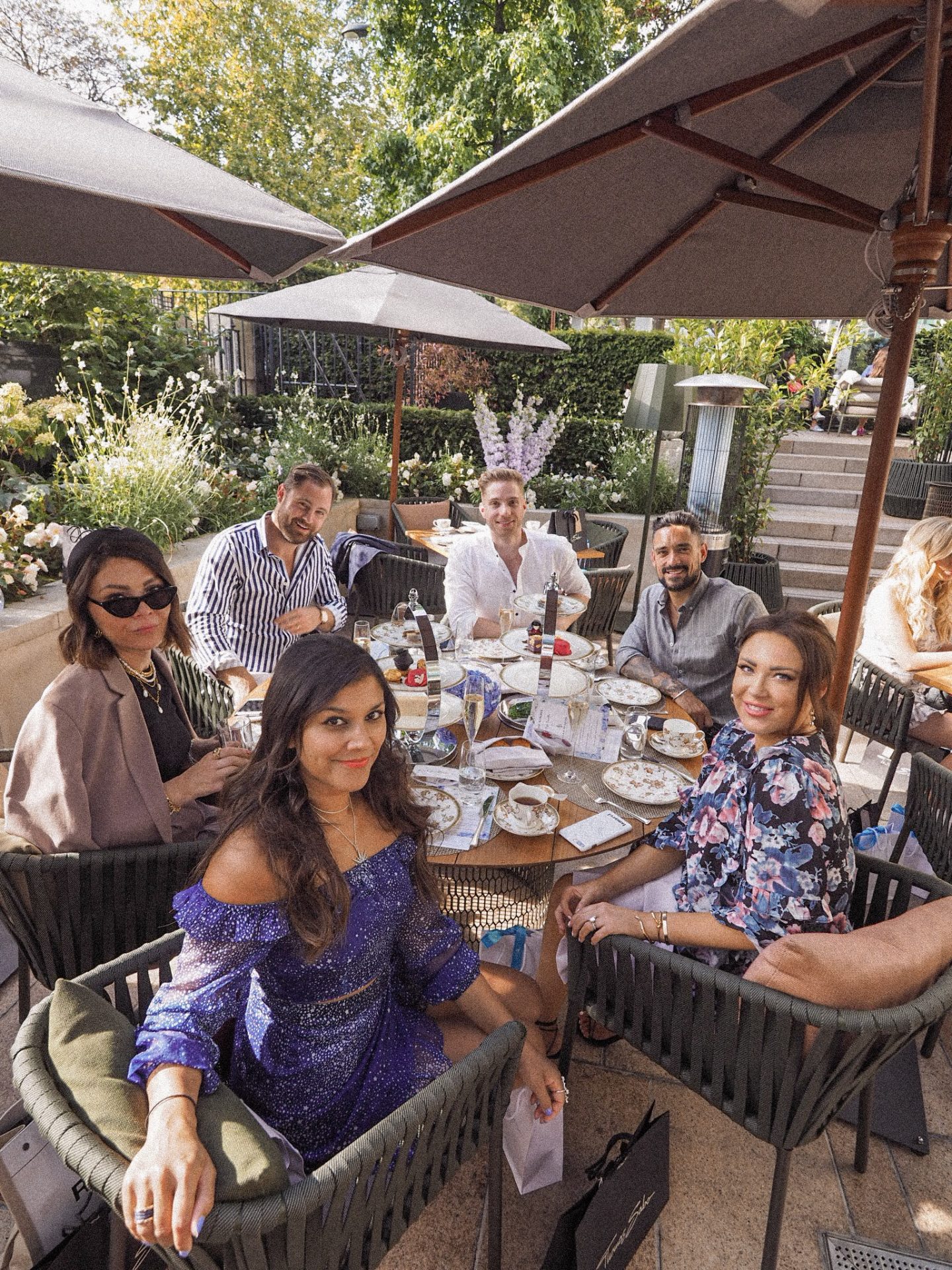 The cakes and pastries did not disappoint. I definitely filled up on sandwiches and scones, and for once barely had room for the cakes.

The Gold Nugget. A chocolate nugget filled with passion fruit, angostura bitters and caramel, and coated in fine gold. To look like the intricate gold windows of the arcade. The Velvet Hat, a red hat complete with joconde sponge, raspberry jam and rich vanilla mascarpone cream. Inspired by Victorian Fashions. Burlington Beadle, a blueberry and vanilla cheesecake with sable breton and blueberry compote. Made to look like the guards that patrol the arcade in their traditional top hats and frock coats. The Joss Flower, inspired by the limited-edition fragrance created by Atkinson 1799 to celebrate the 200th anniversary. A chocolate and gold cube filled with peach and jasmine jelly, pink pepper cream, soft almond sponge and vanilla and gardenia mousse topped with a little joss flower. Finally, to look like the iconic marble floor of the arcade, a Burlington Battenberg made with chocolate and bergamot. 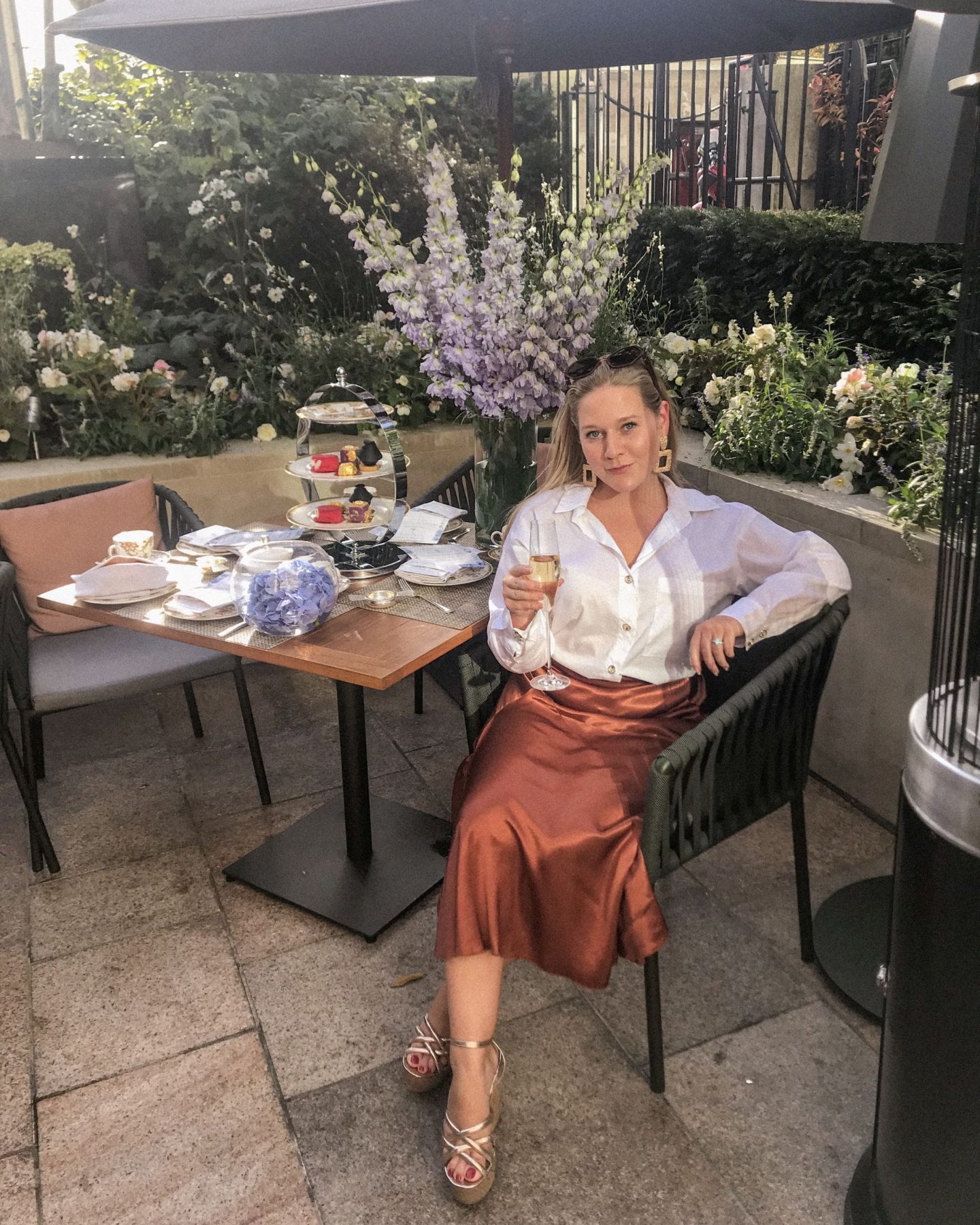 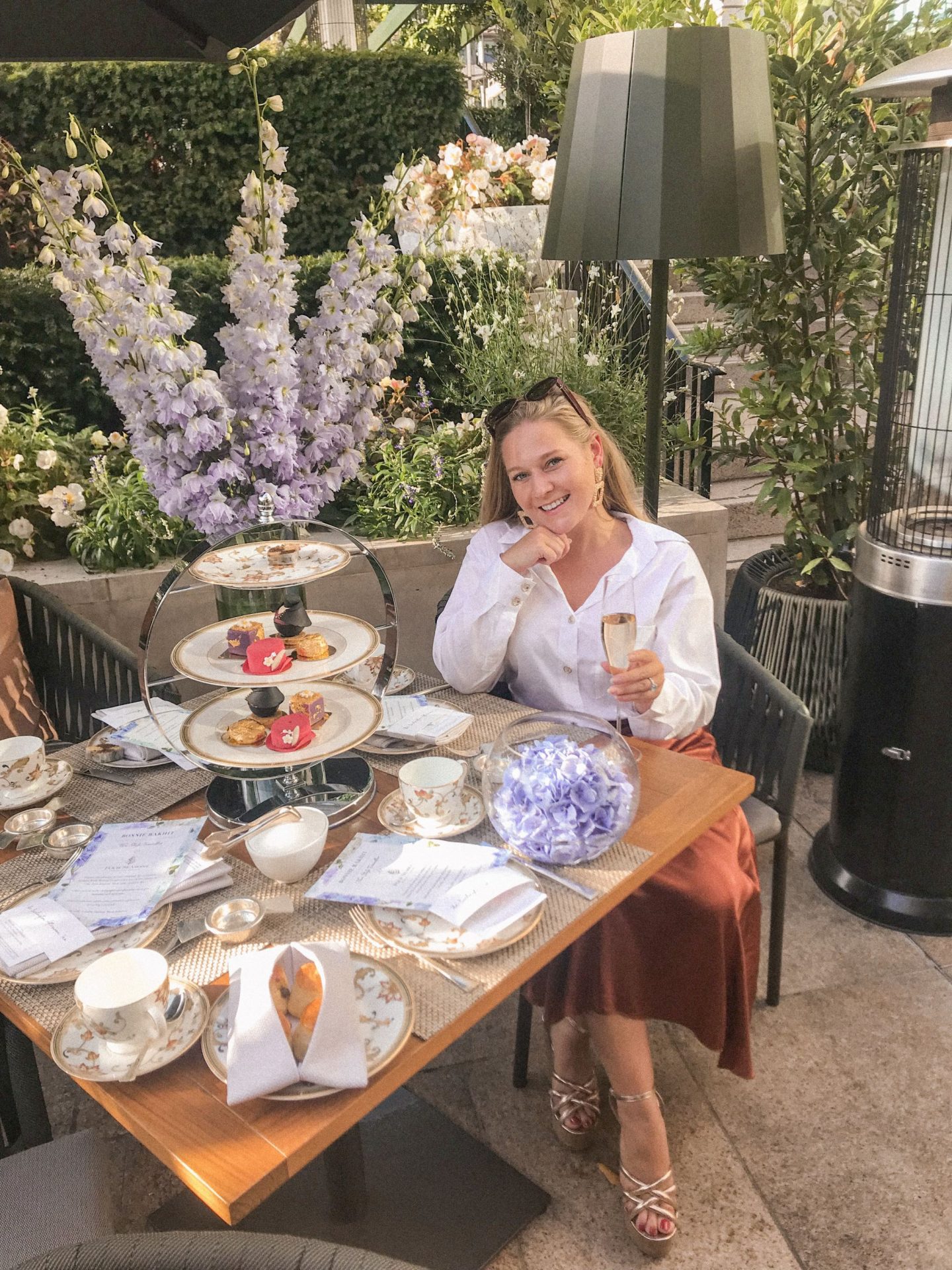 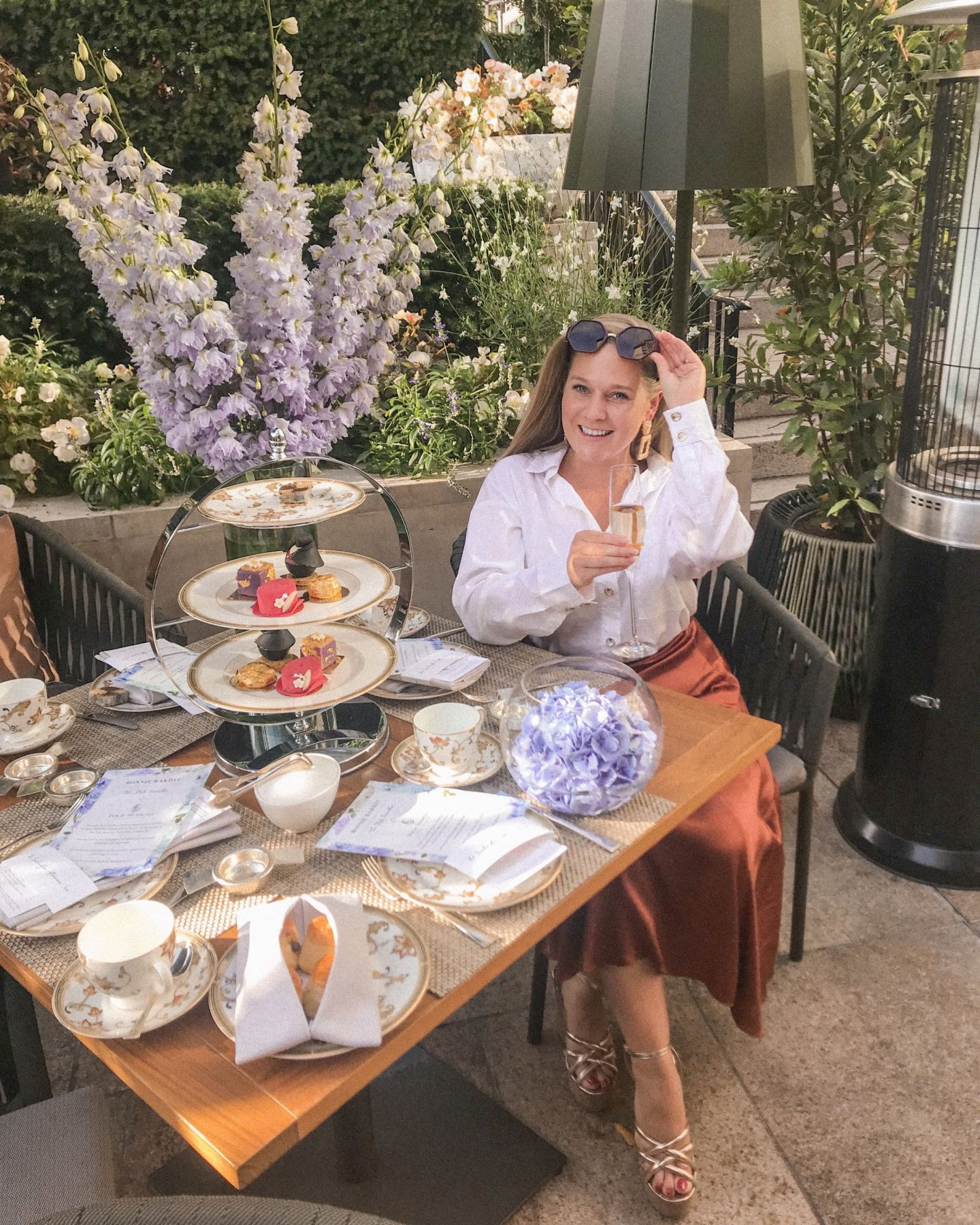 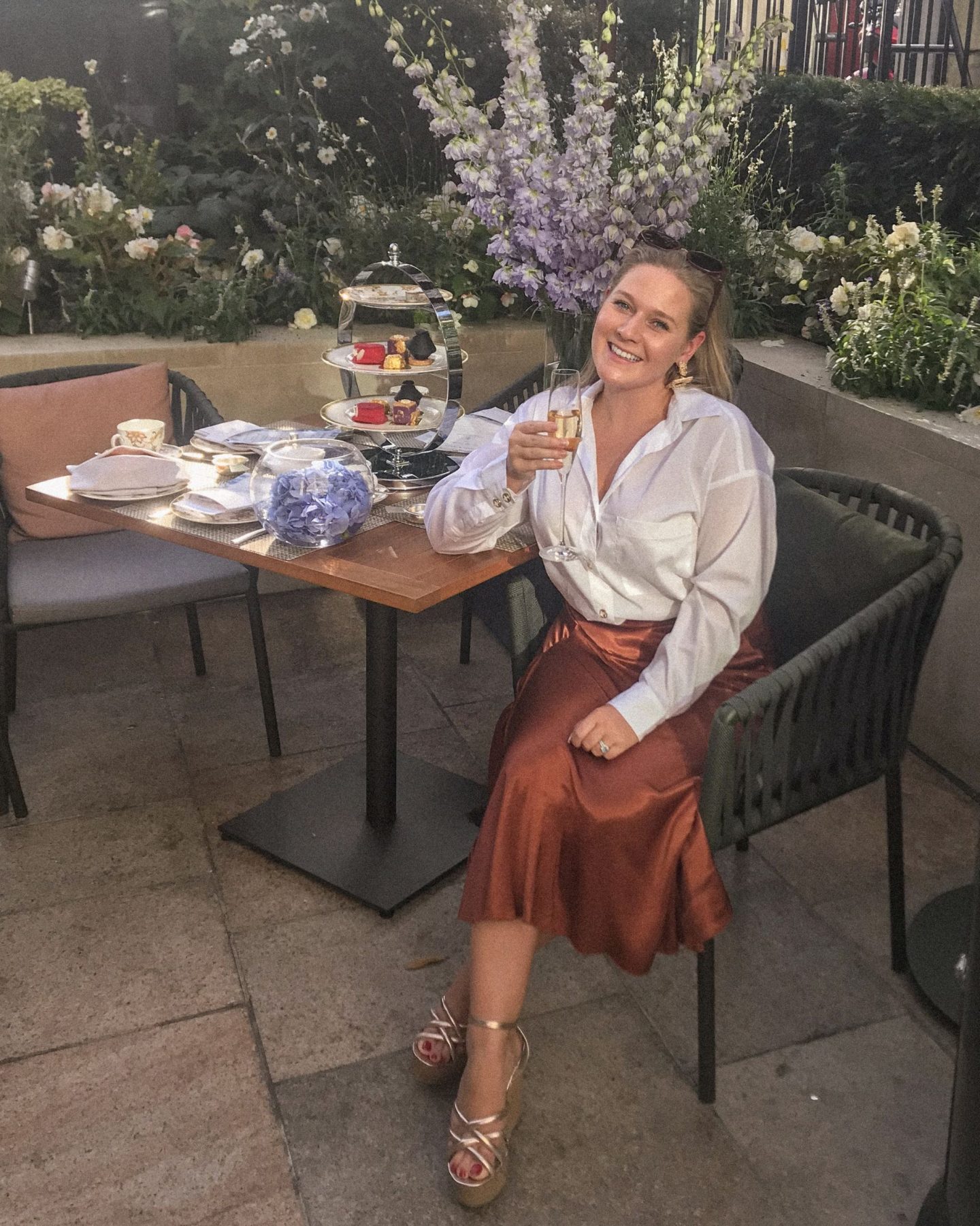 We had a lovely afternoon chatting and as the group got smaller, we swapped the tea for wine (at the very kind generosity of Lorna Luxe) and a few partners joined the group. It was such an incredible way to spend the last super-hot day of the year and Ben and I were both so honoured to have been invited by Bonnie and the Four Seasons.