Right now, children, men and women, up and down the country, will be waking up and cooking up a storm of pancakes in the kitchen. I’d usually do the exact same. But instead Ben and I went up to Hampstead for a taste of the best pancakes in the city. I don’t say that lightly, but La Crêperie de Hampstead has been tried and tested since it settled on Hampstead High Street in 1980. 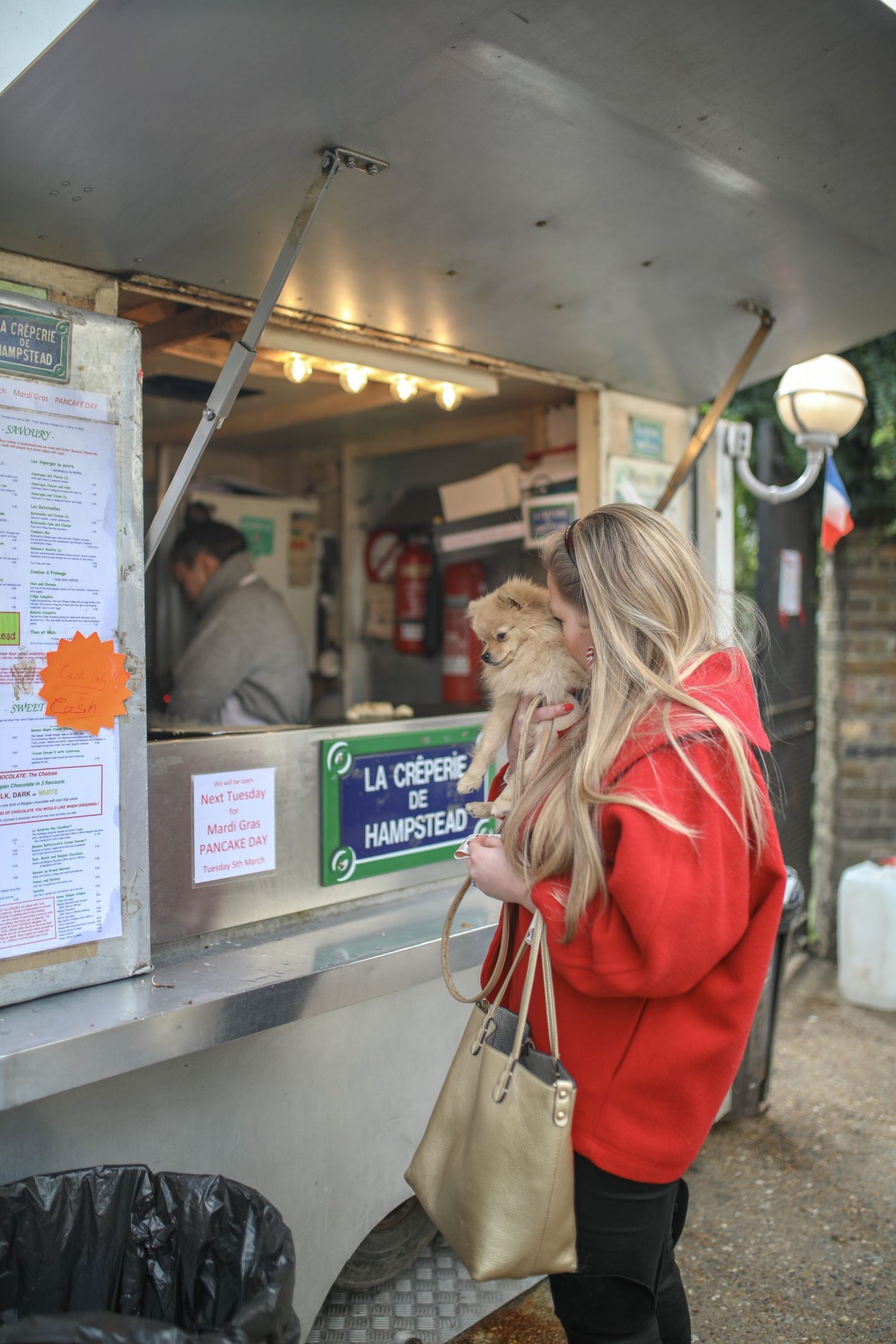 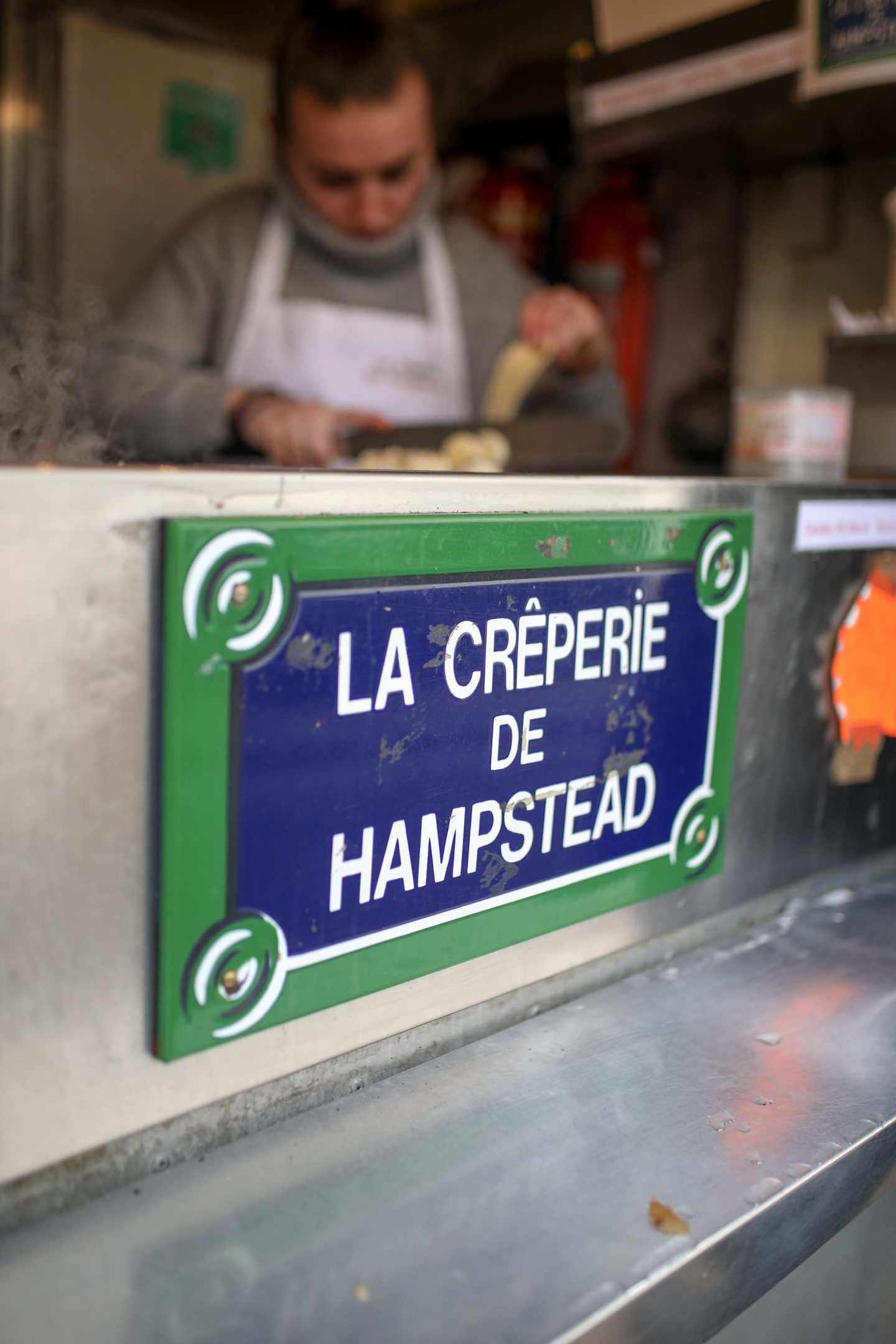 I’ve been a regular customer since I moved to London almost a decade ago. While also being somewhat of a (self-titled) pancake connoisseur, they really are as good as they’re made out to be.

We celebrate pancake day as the traditional feast day before the start of Lent. Also known as Shrove Tuesday, it was the last opportunity to use up all the eggs and fats before starting ‘Lent’ (a traditional period of fasting.) 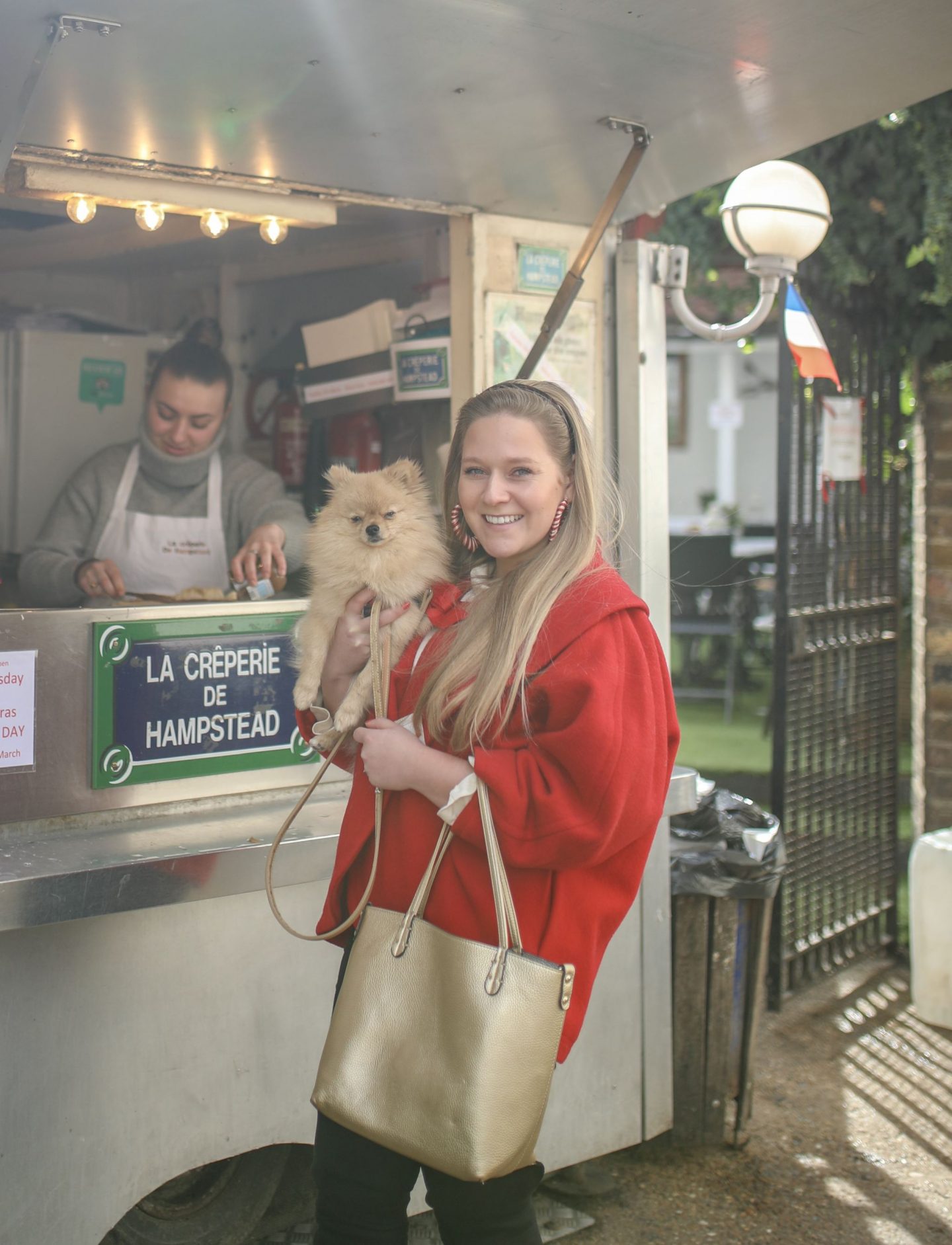 In Anglo-Saxon times, A bell would ring to call Christians to confession so that they could be shriven from their sins. This bell is still rung today, so listen out for it!

Nestled between the King William IV pub and Perrin’s Lane, La Crêperie de Hampstead is a tiny metal trailer with a serving hatch. You could easily walk past it, if it wasn’t for the huge queue that is constantly wrapped around the corner of Rosslyn Hill. We just so happened to stumble upon it at just the right time. It must have been a blue moon as there was no queue. 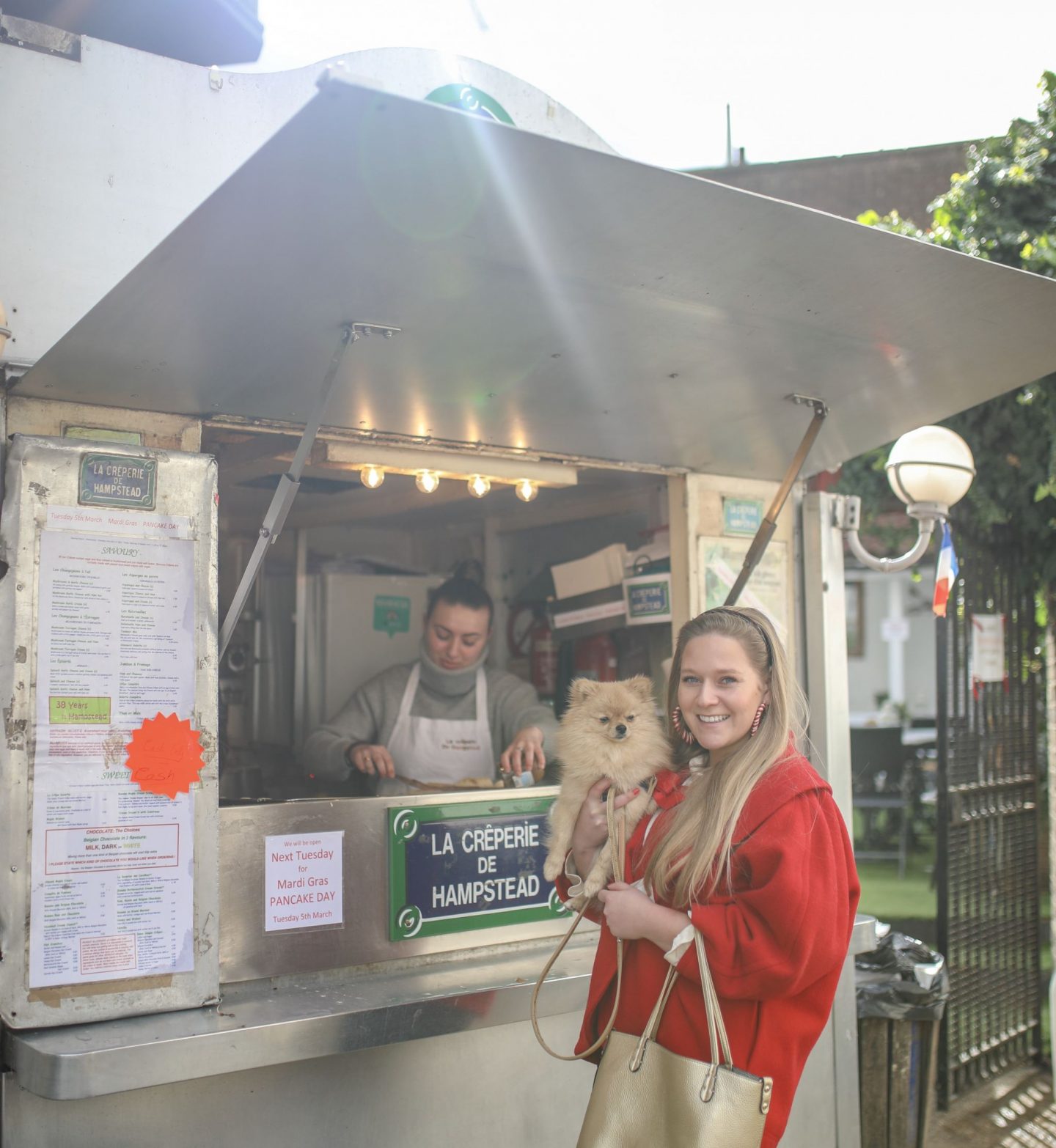 I ordered my usual Banana and Nutella crêpe. And watched. As the pair quickly set to work like a dance act that had been performing for years. One swirled the batter onto the hot plate. As the other prepared the banana on the other and set a sizzling chunk of butter next to it ready for the folded crêpe to be basted in. The Nutella went in, before the banana. Then with three flicks of the wrist, the crêpe was nestled into its paper casing and handed to me ready to be devoured. 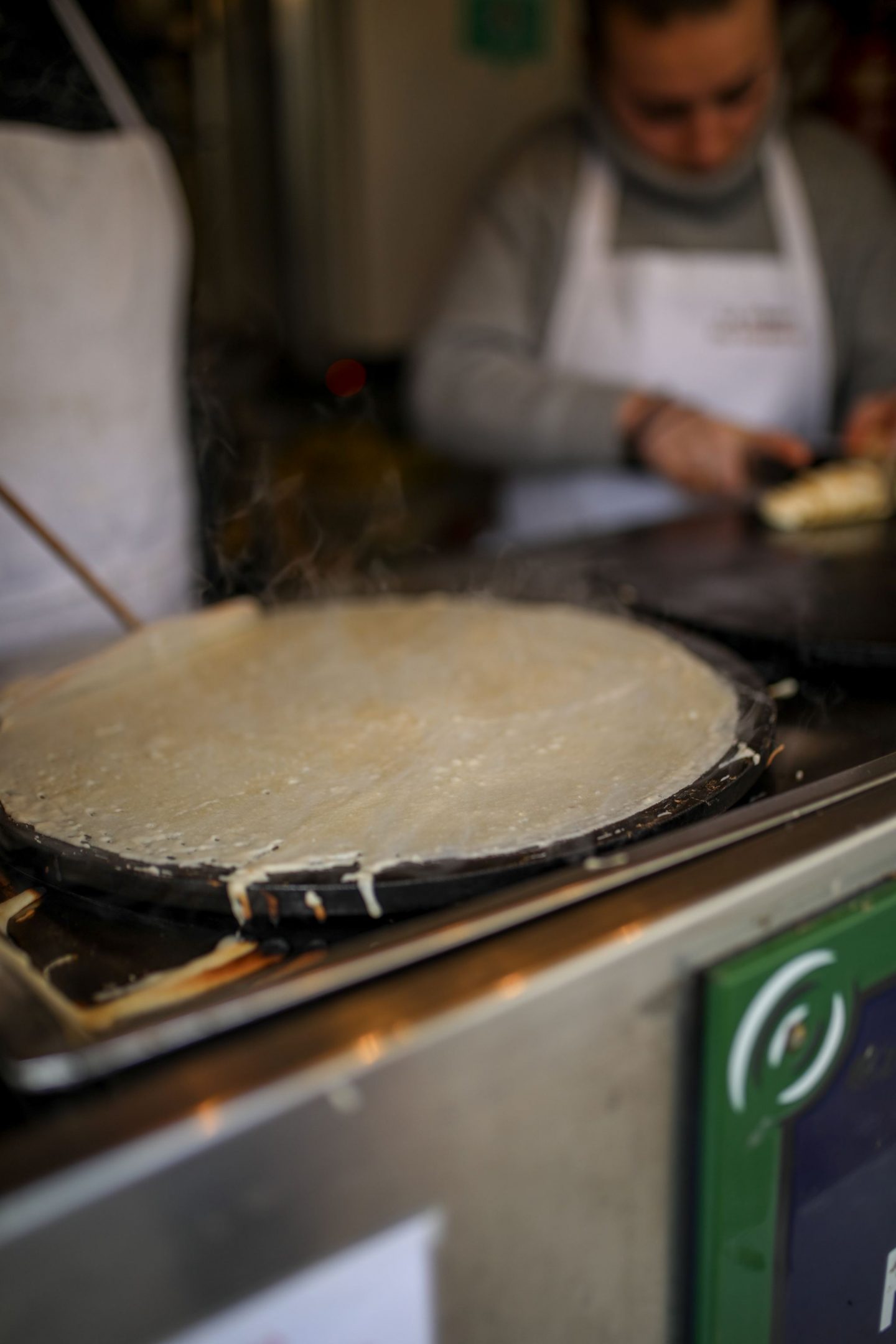 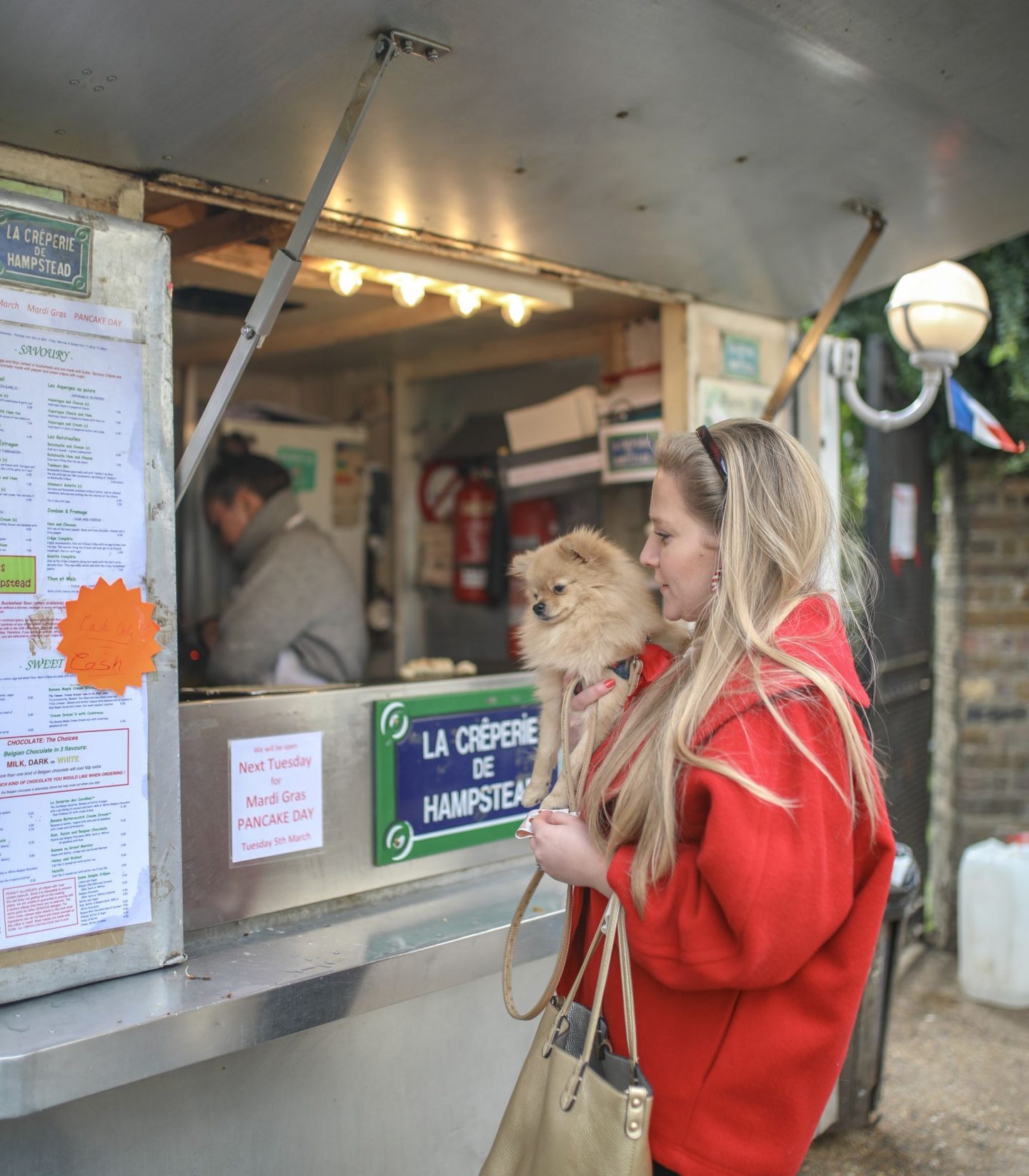 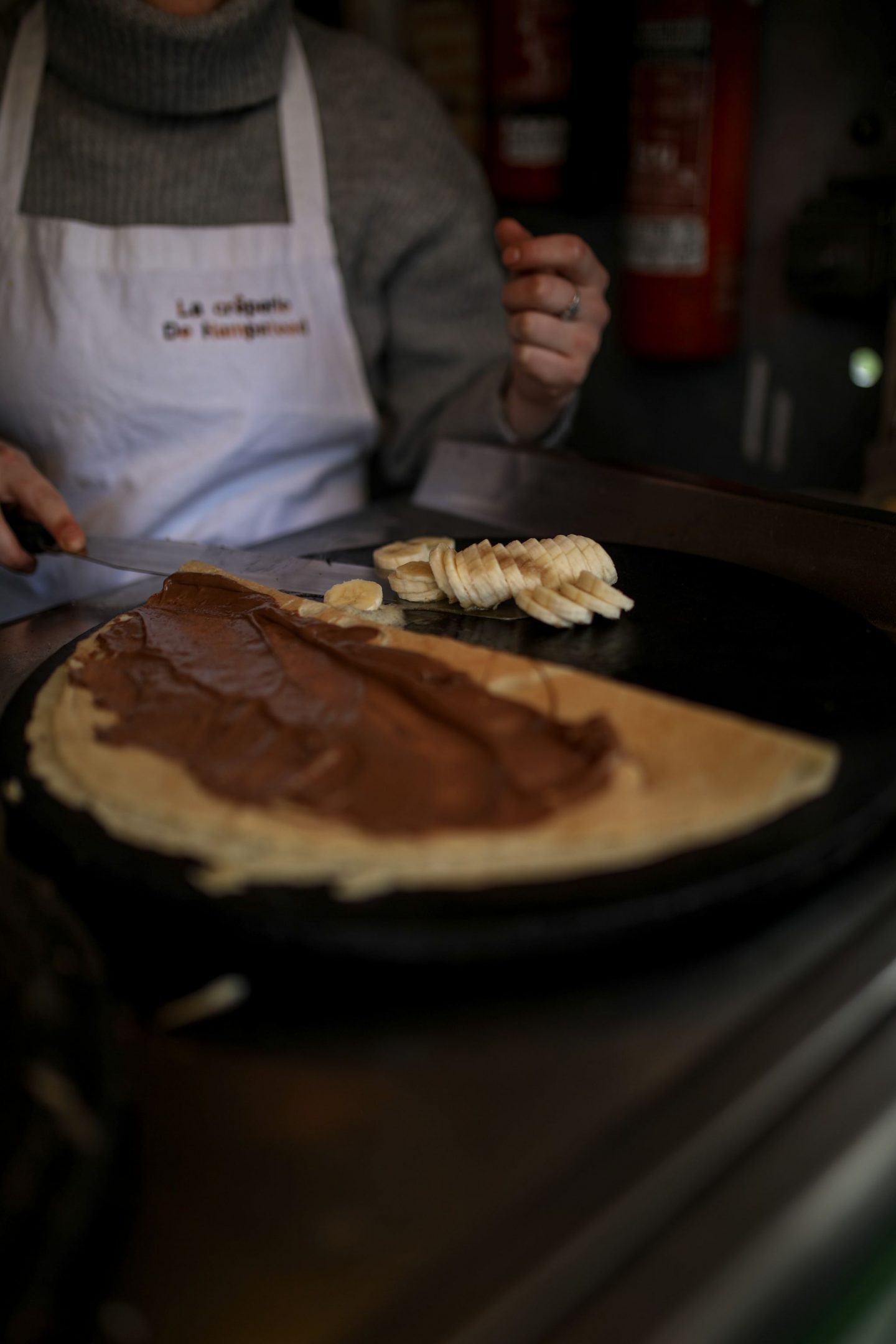 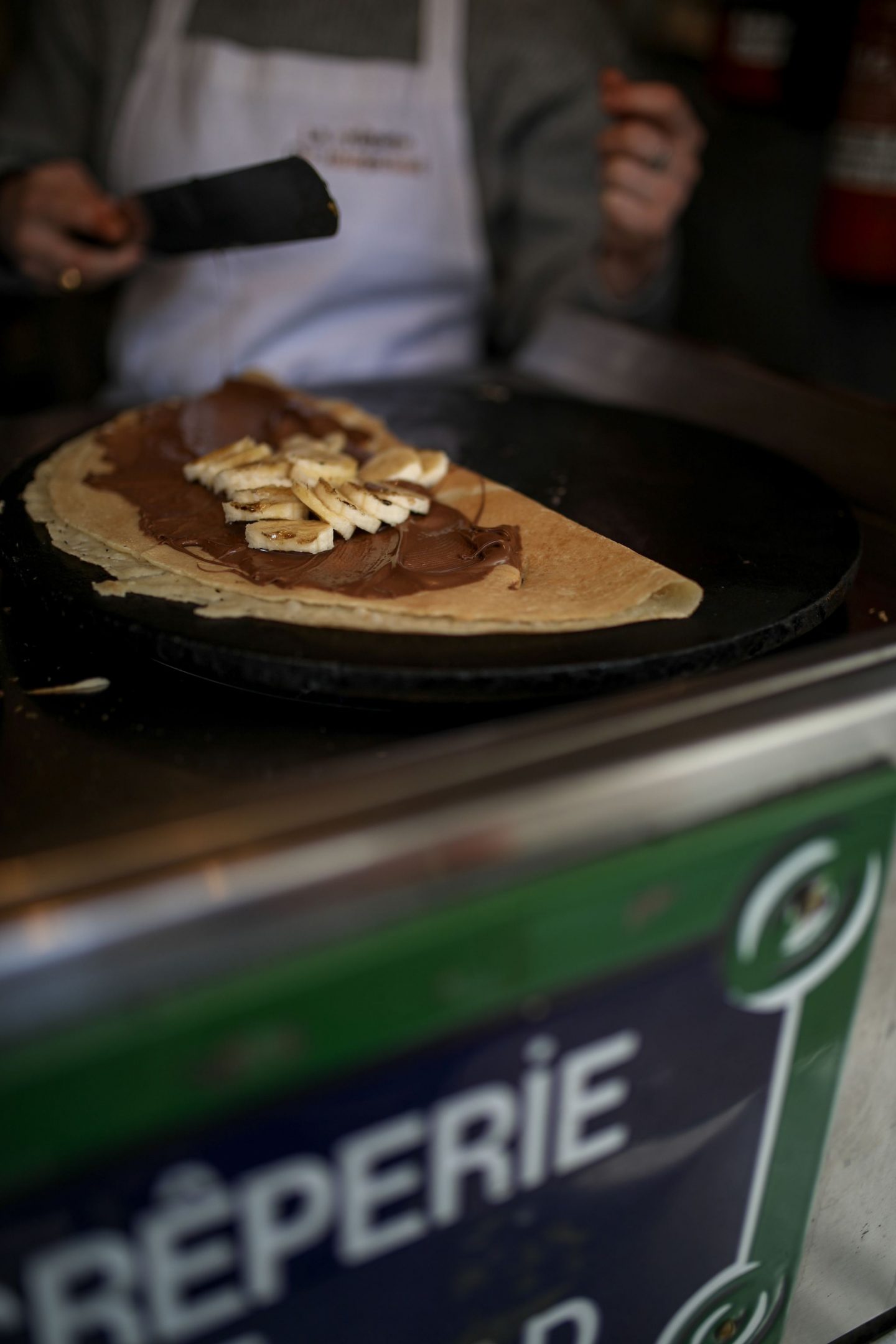 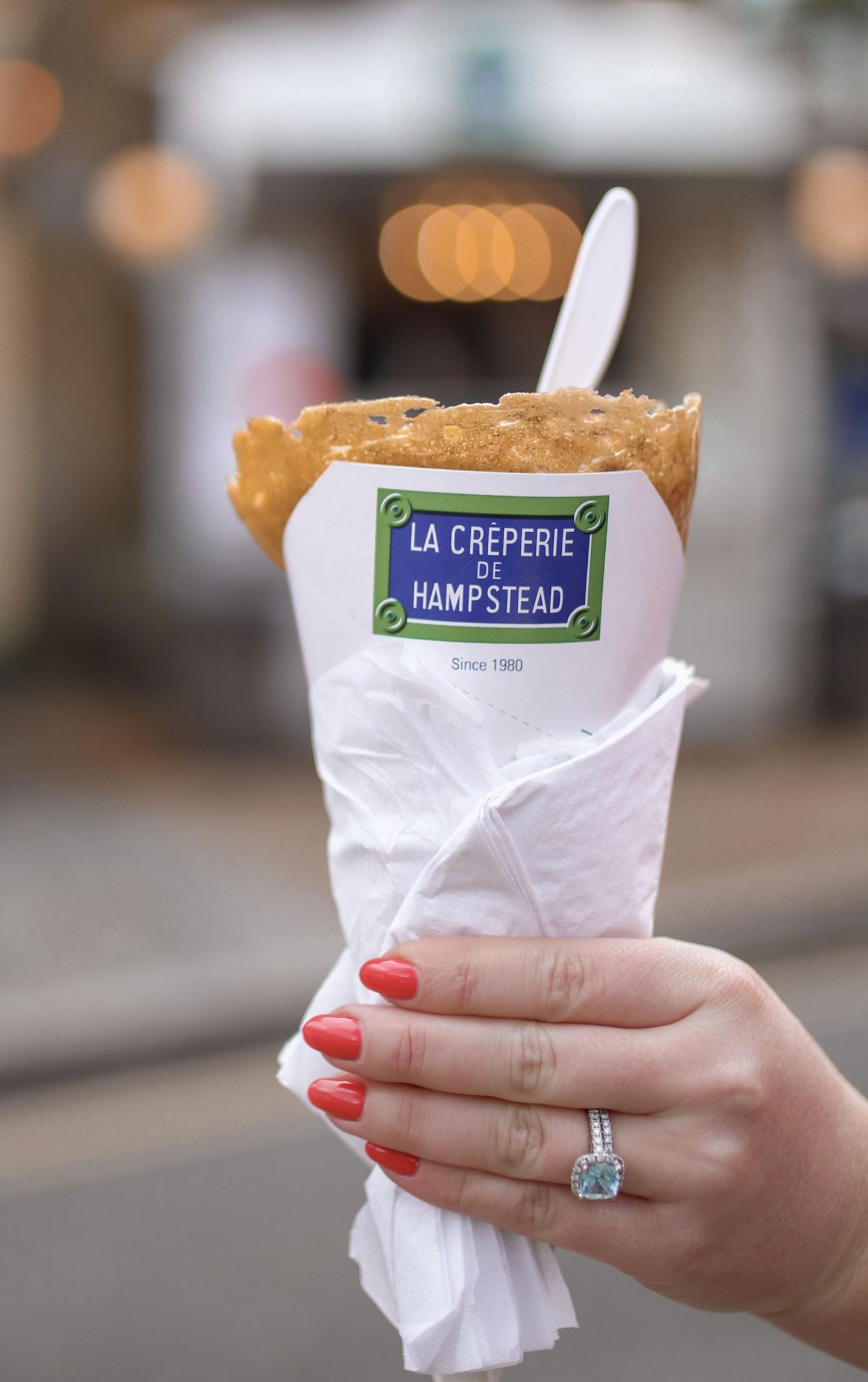 Pepi, of course, attempted to take a ‘puppy tax’. 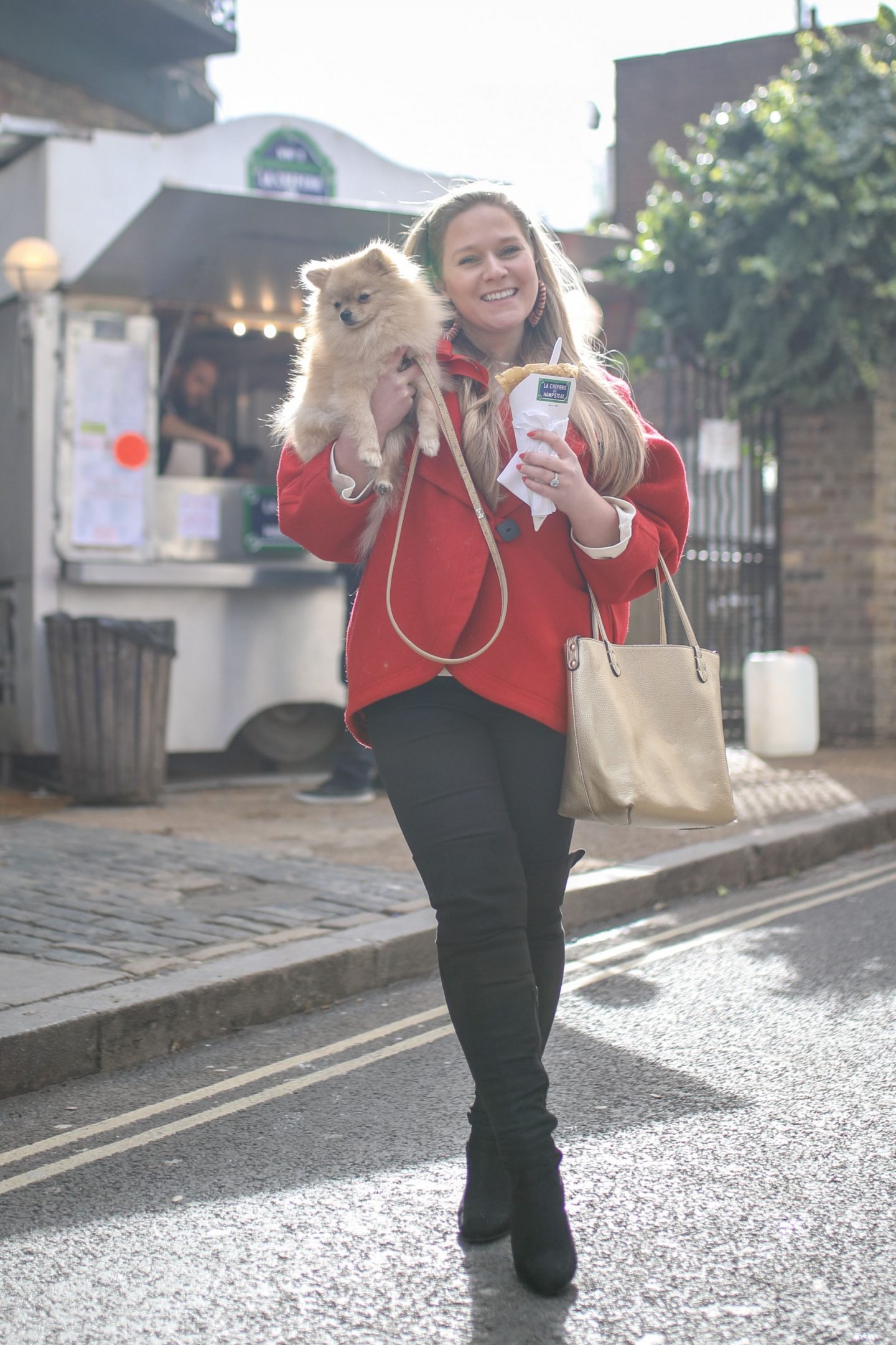 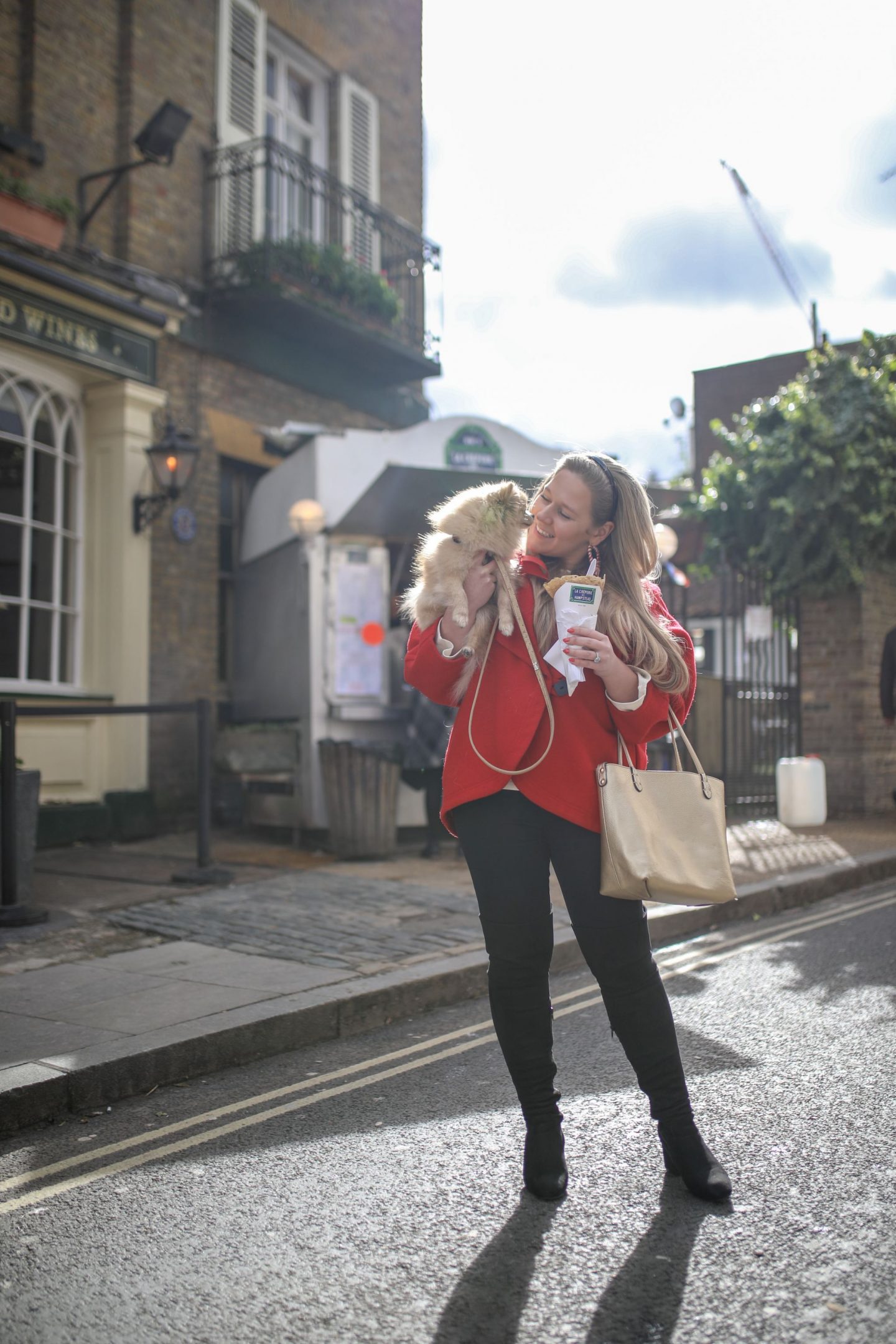 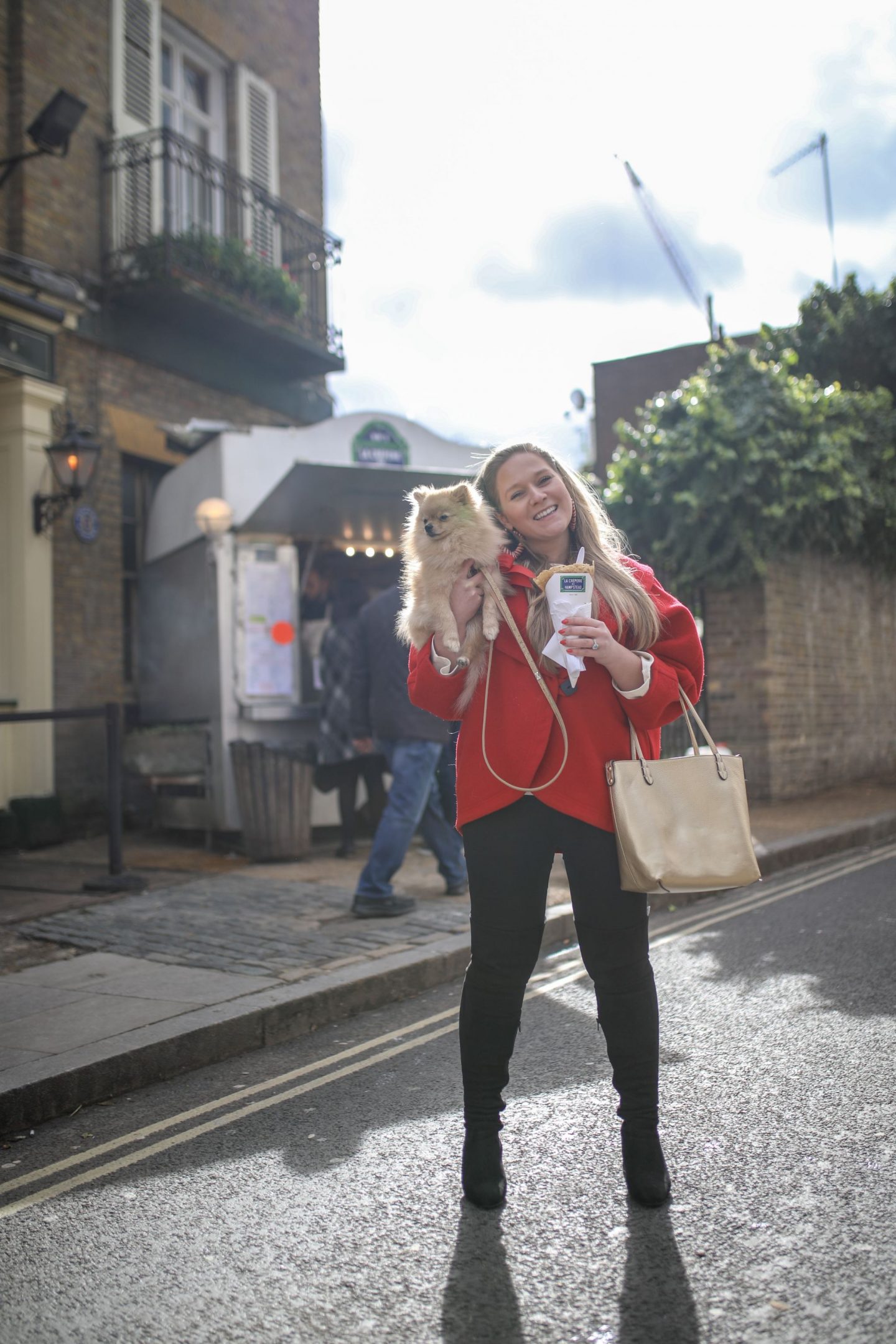 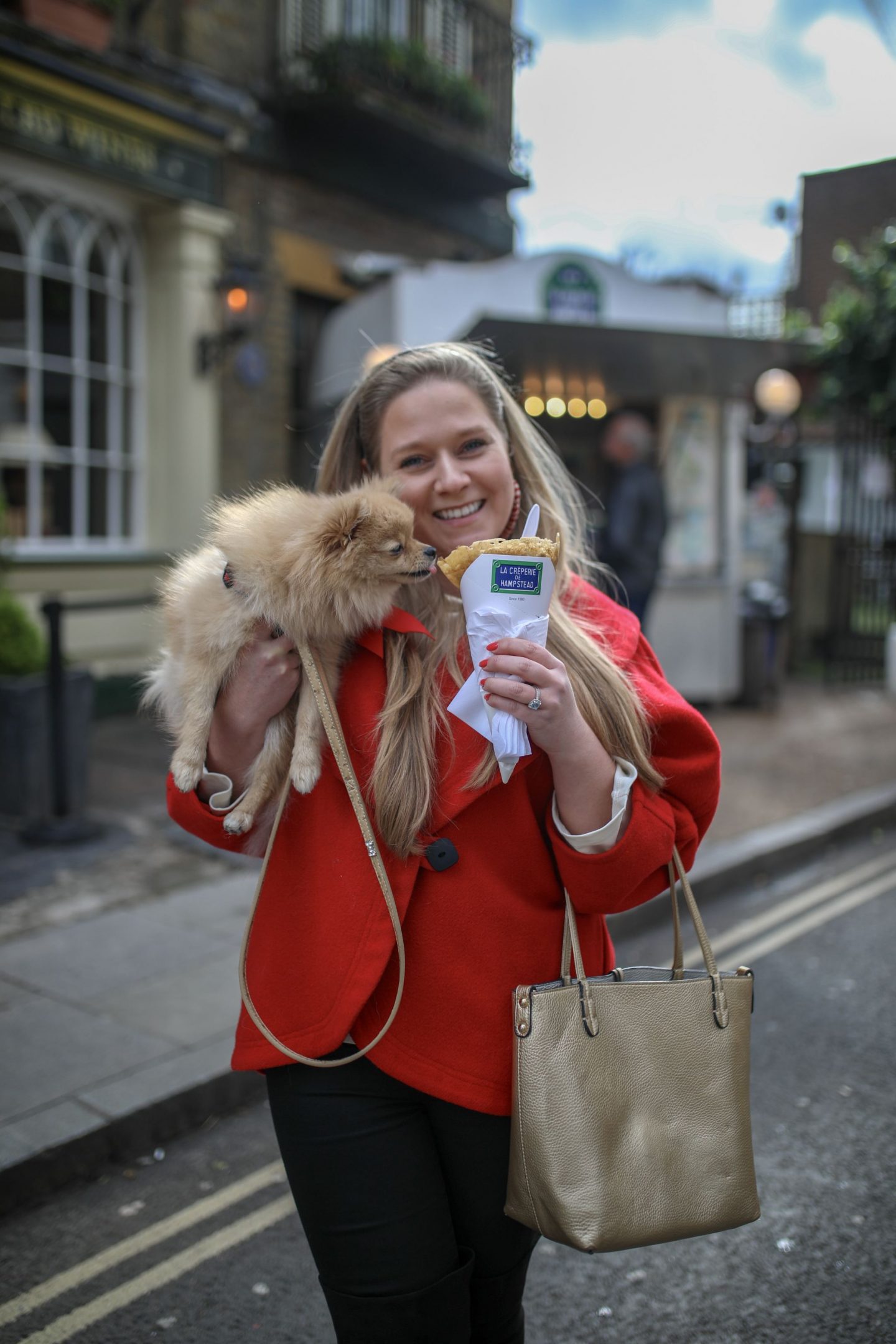 And just about succeeded. 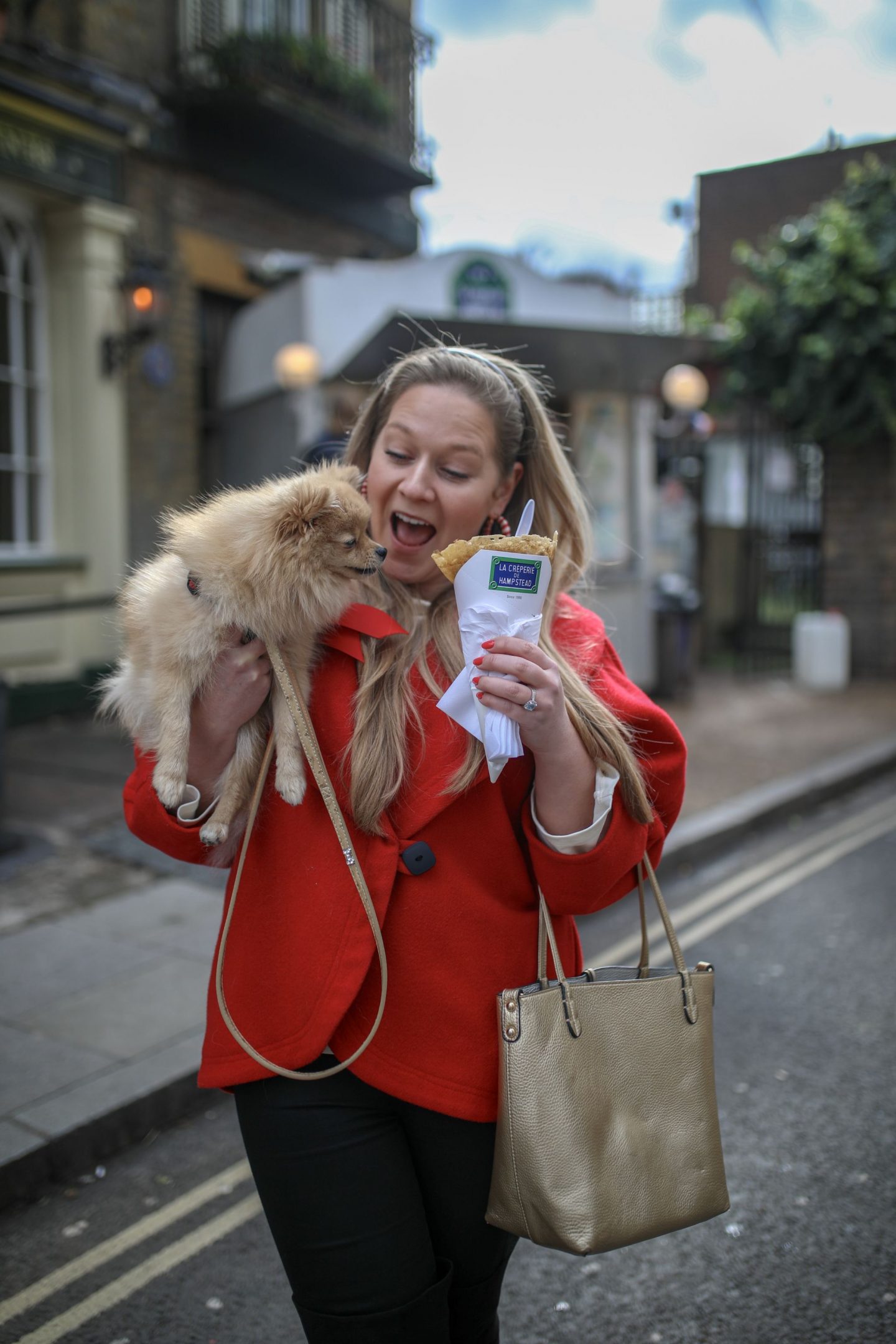 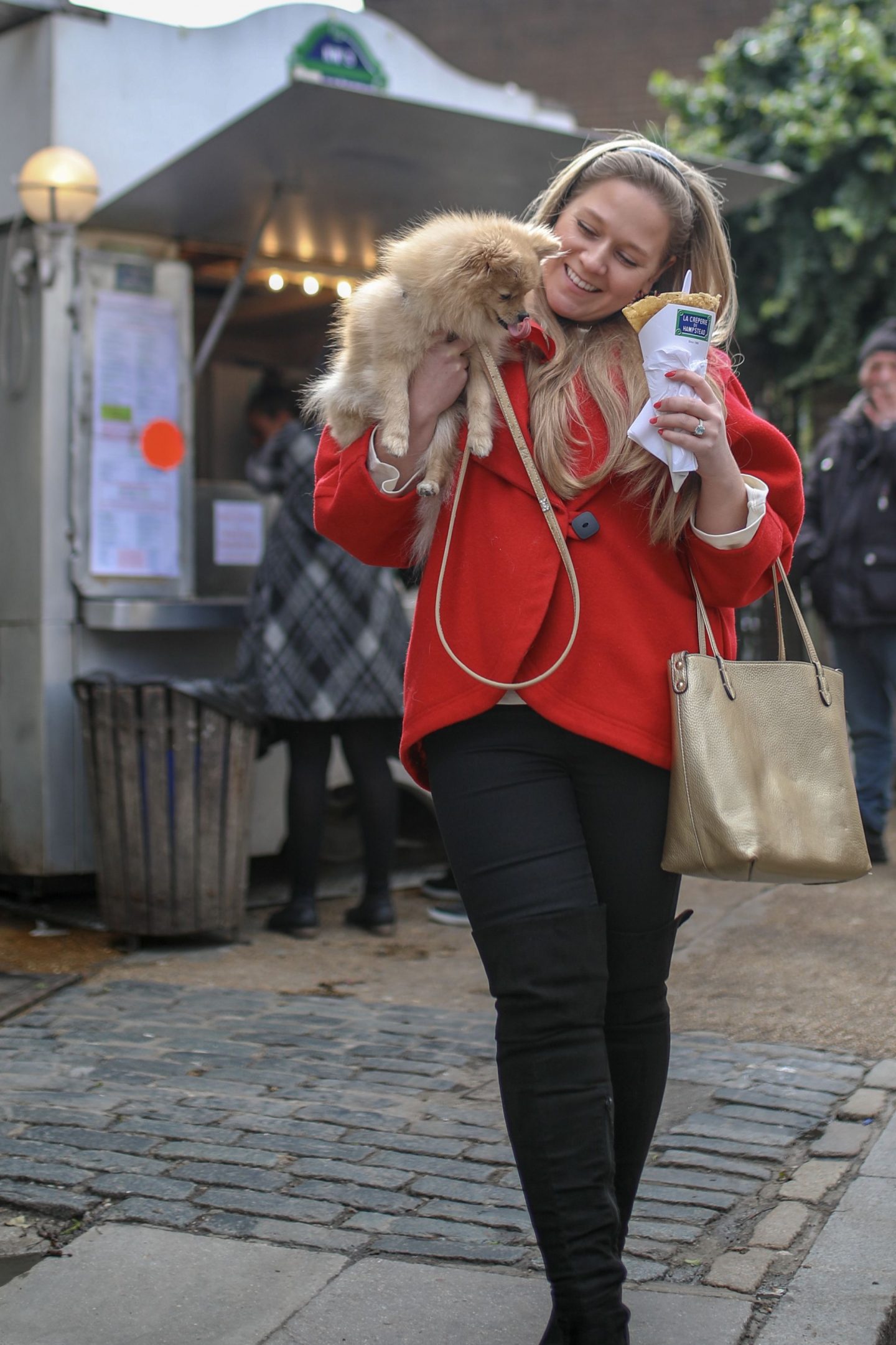 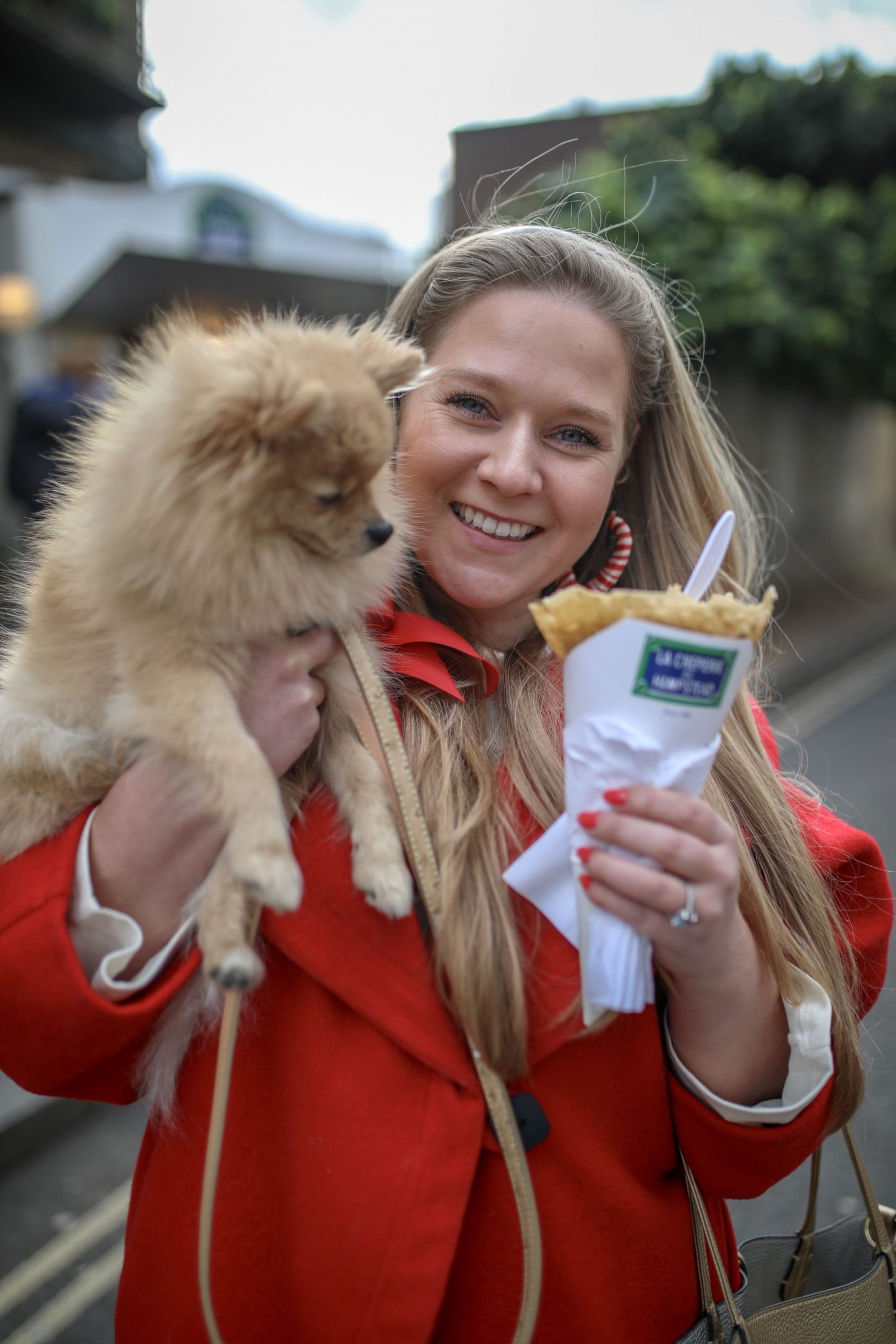 Before I gave into those big brown eyes and gave her some of the pancake anyway. Being extra careful to give her a plain bit (chocolate is poisonous to dogs). 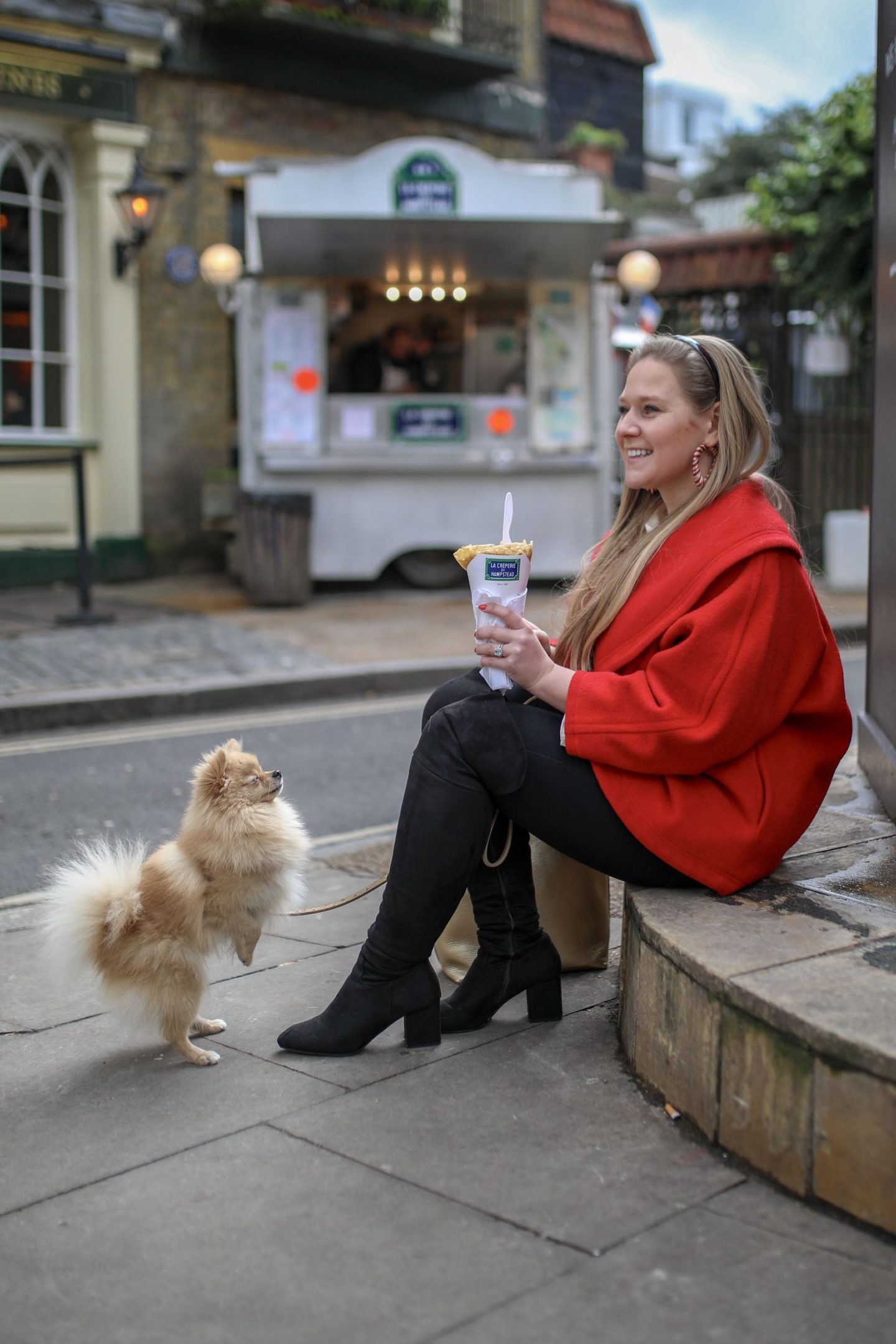 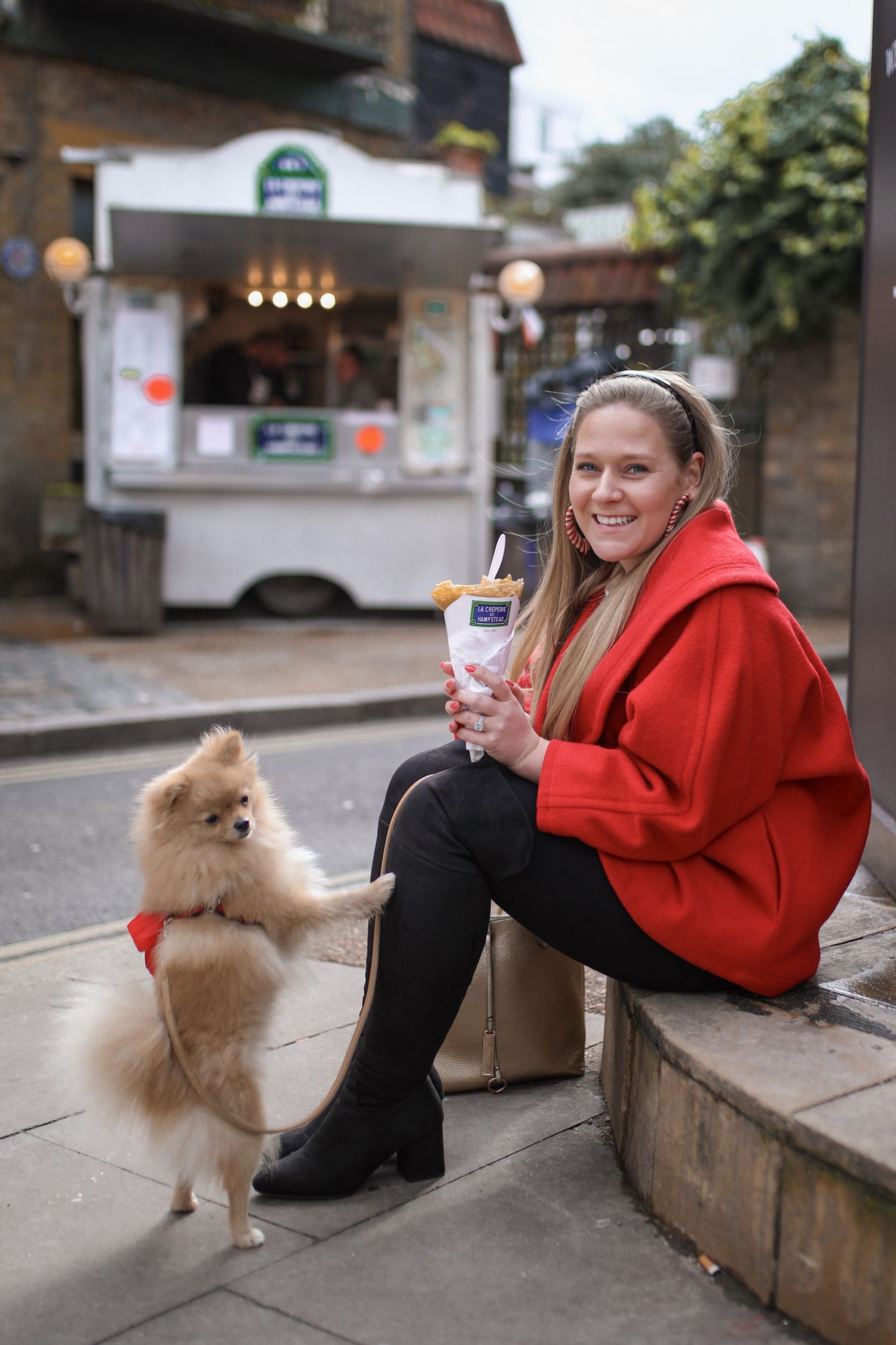 Polishing off the last few bits, with those brown eyes boring into mine, we set off back home. 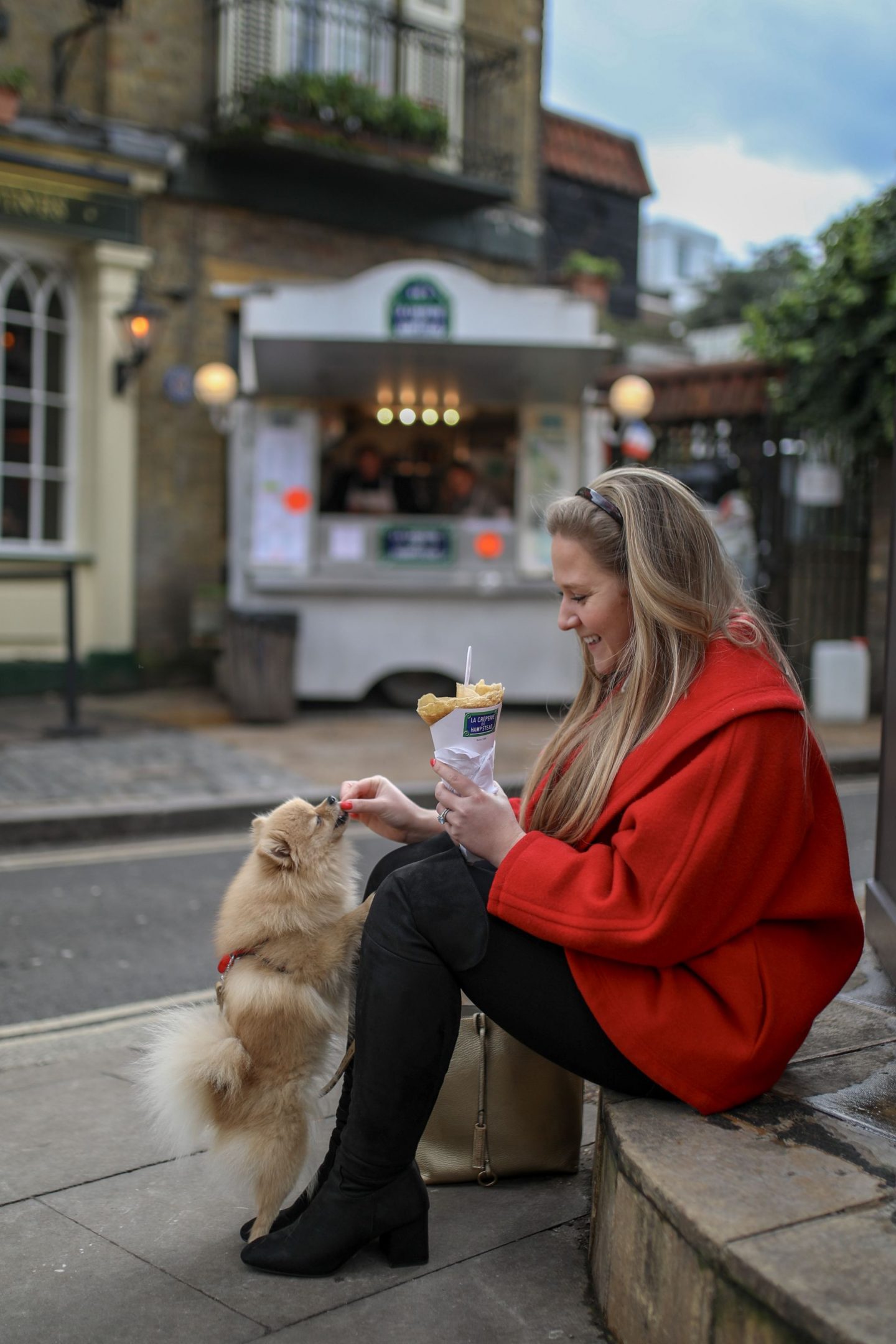 Dodging flurries of fallen blossom along the way, before a rain storm caught us. Oh how glorious spring in England is! 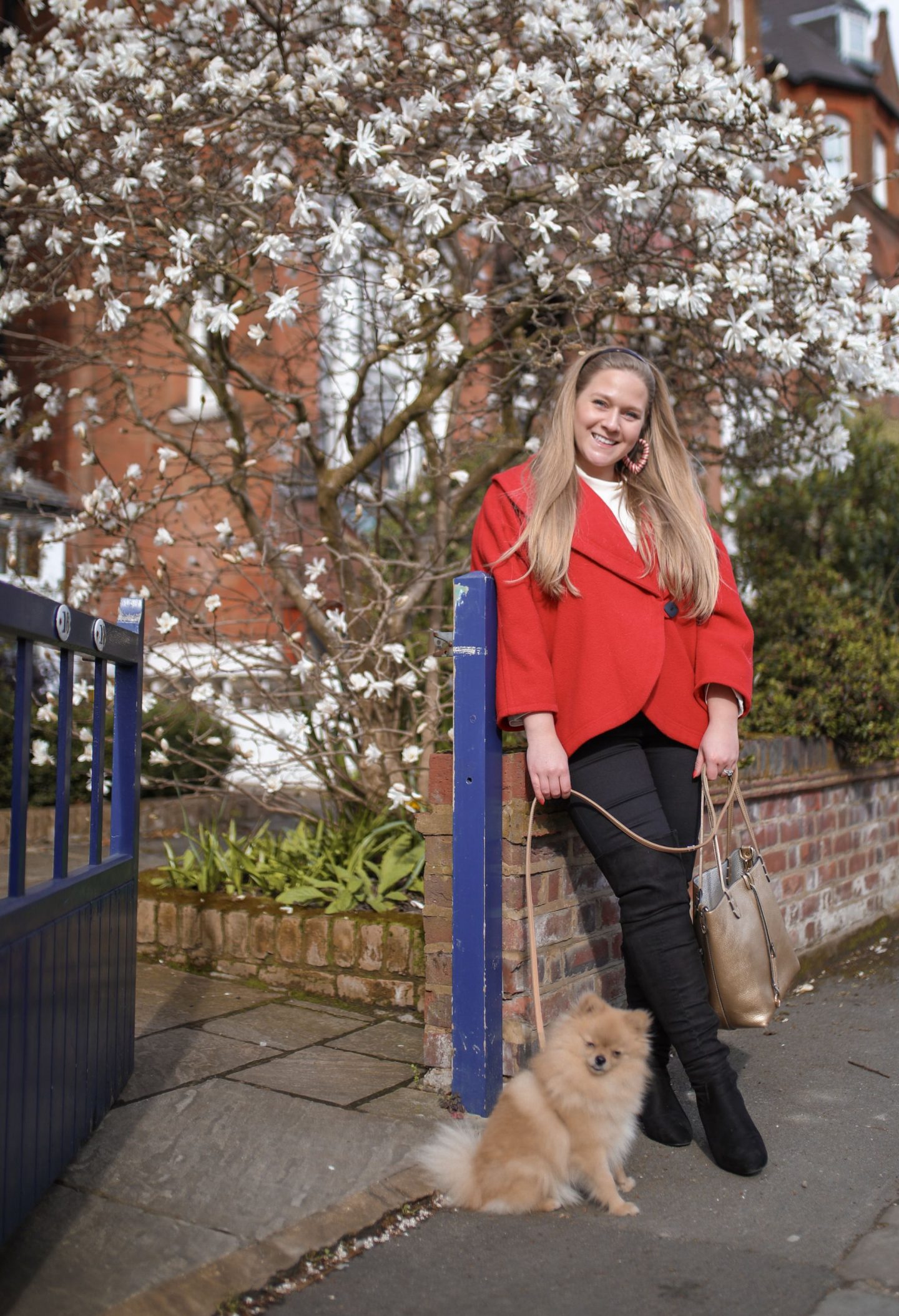 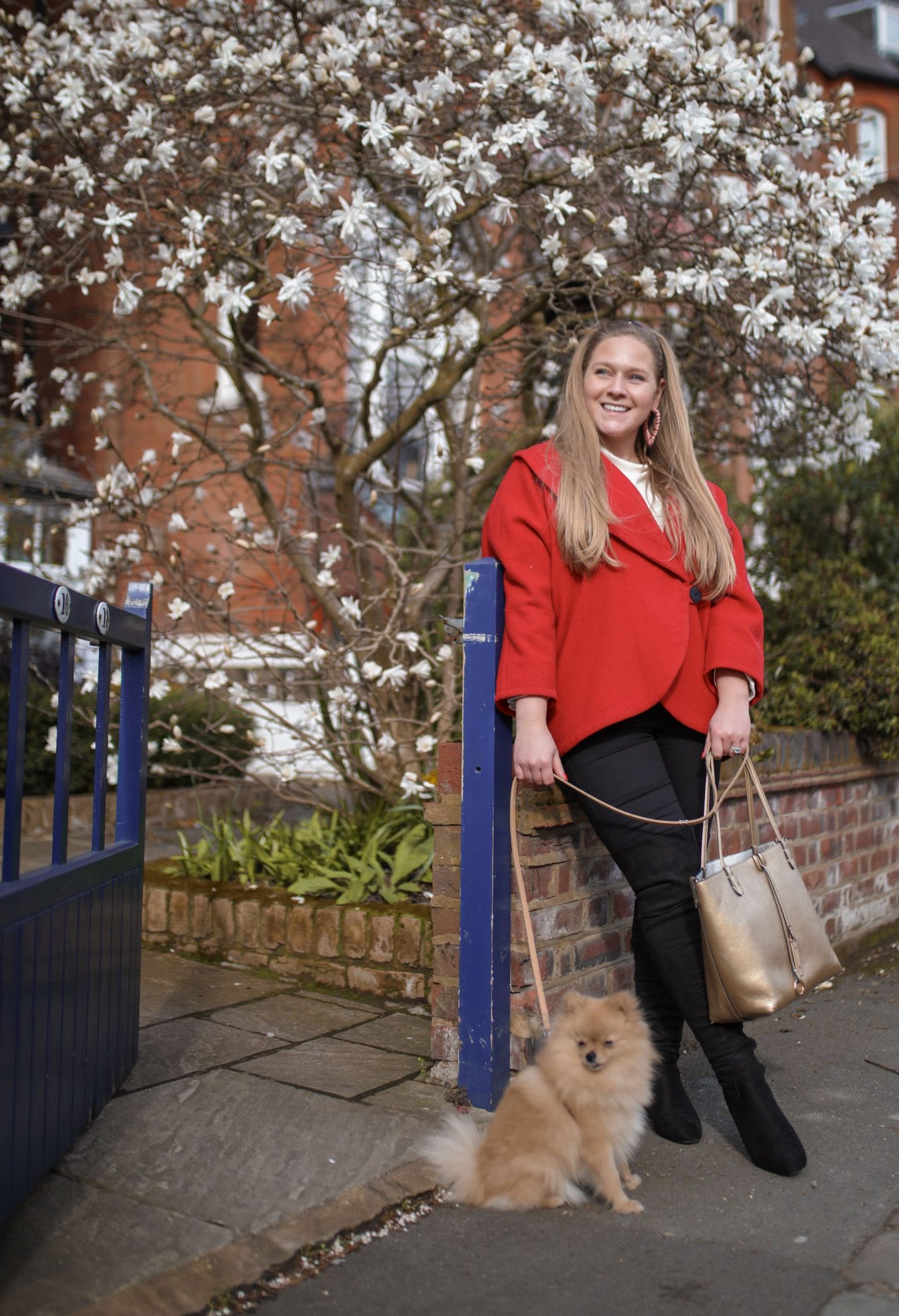