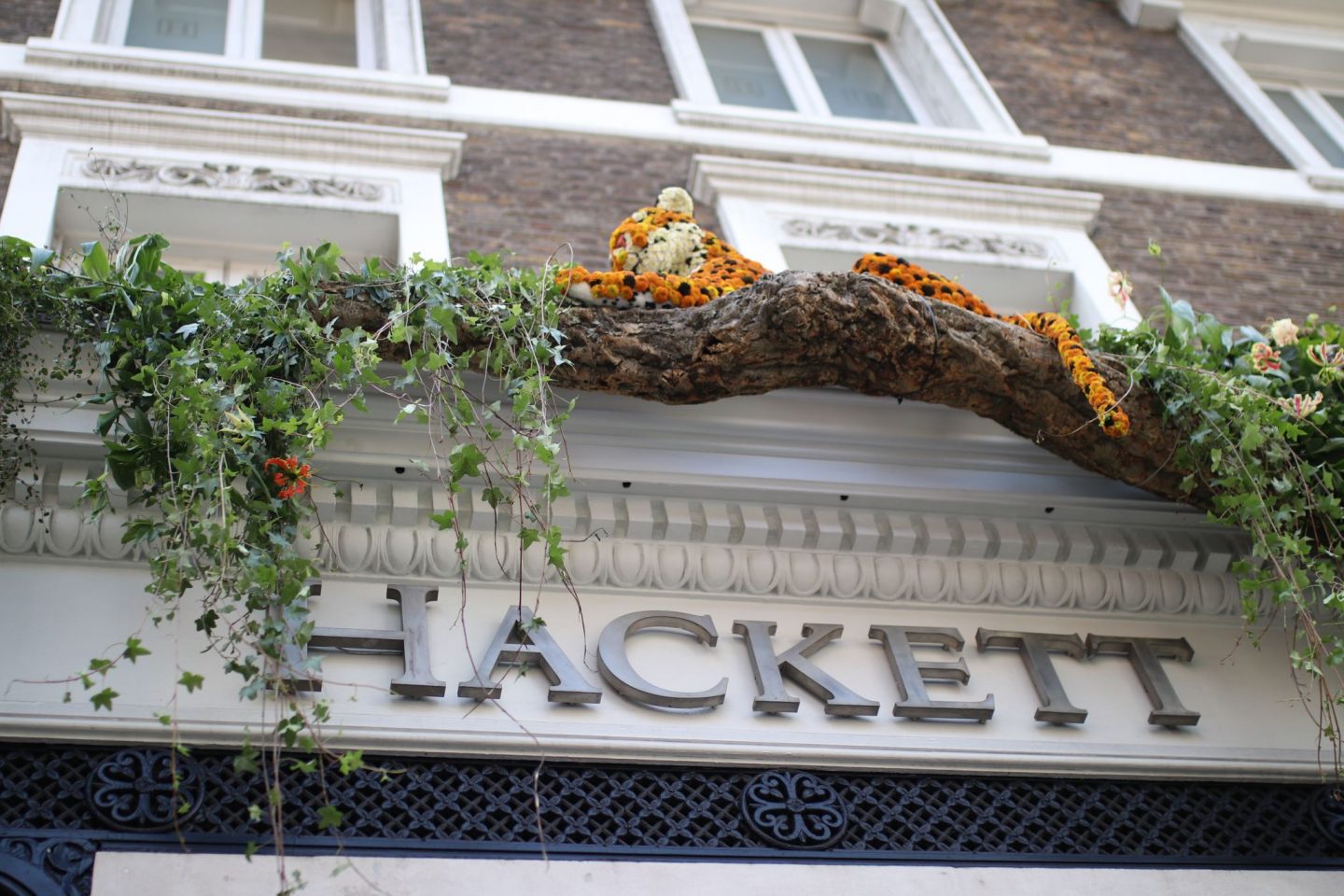 I stumbled into Chelsea in Bloom. I was thinking to myself, that it had been such a long time since I was last on the Kings Road, as I walked to an event at the Kiehls store that morning. Each store along the main high street had beautiful flowers growing up and around the entranceways, and huge animals made from nothing but flowers standing proudly in each of the square’s. 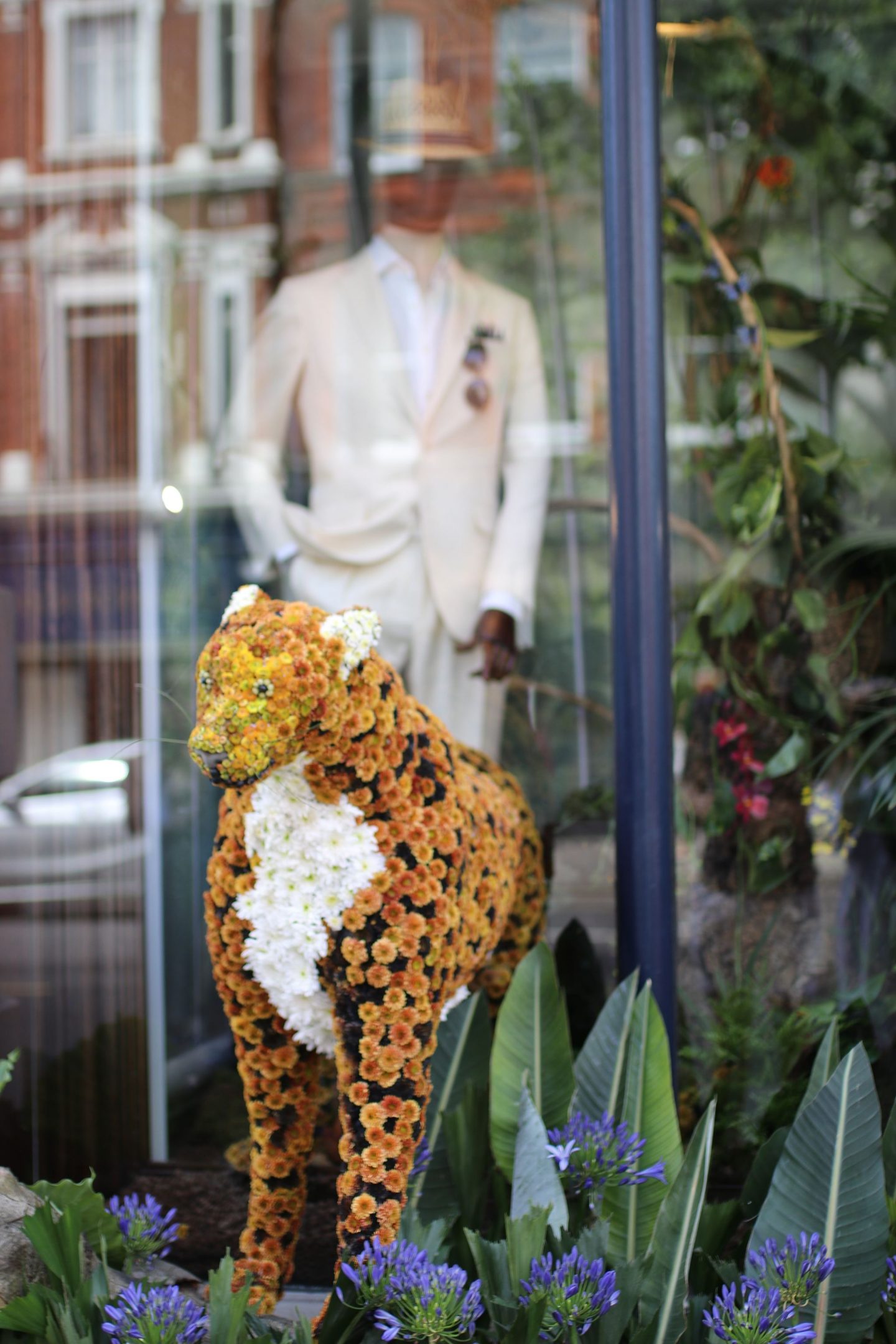 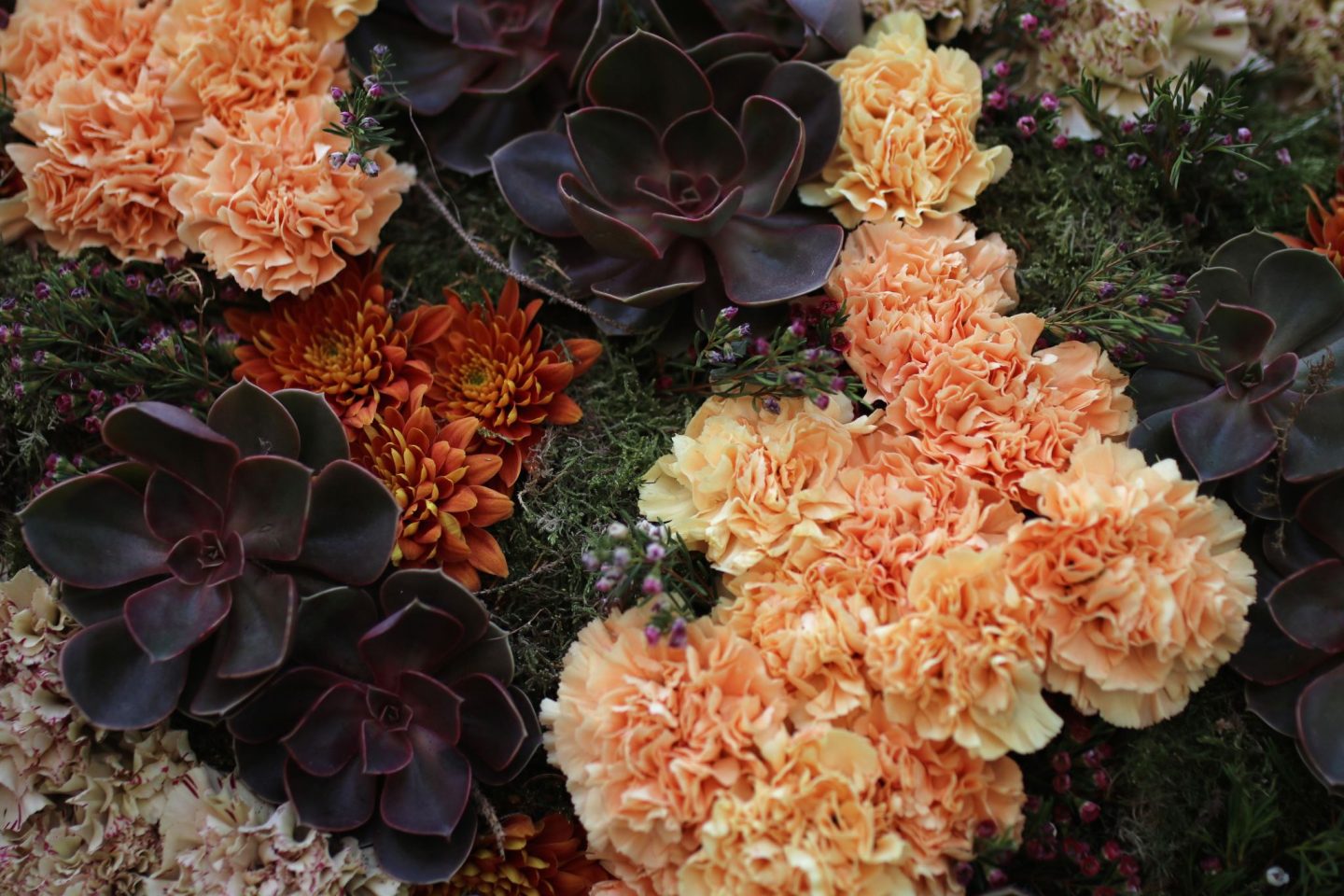 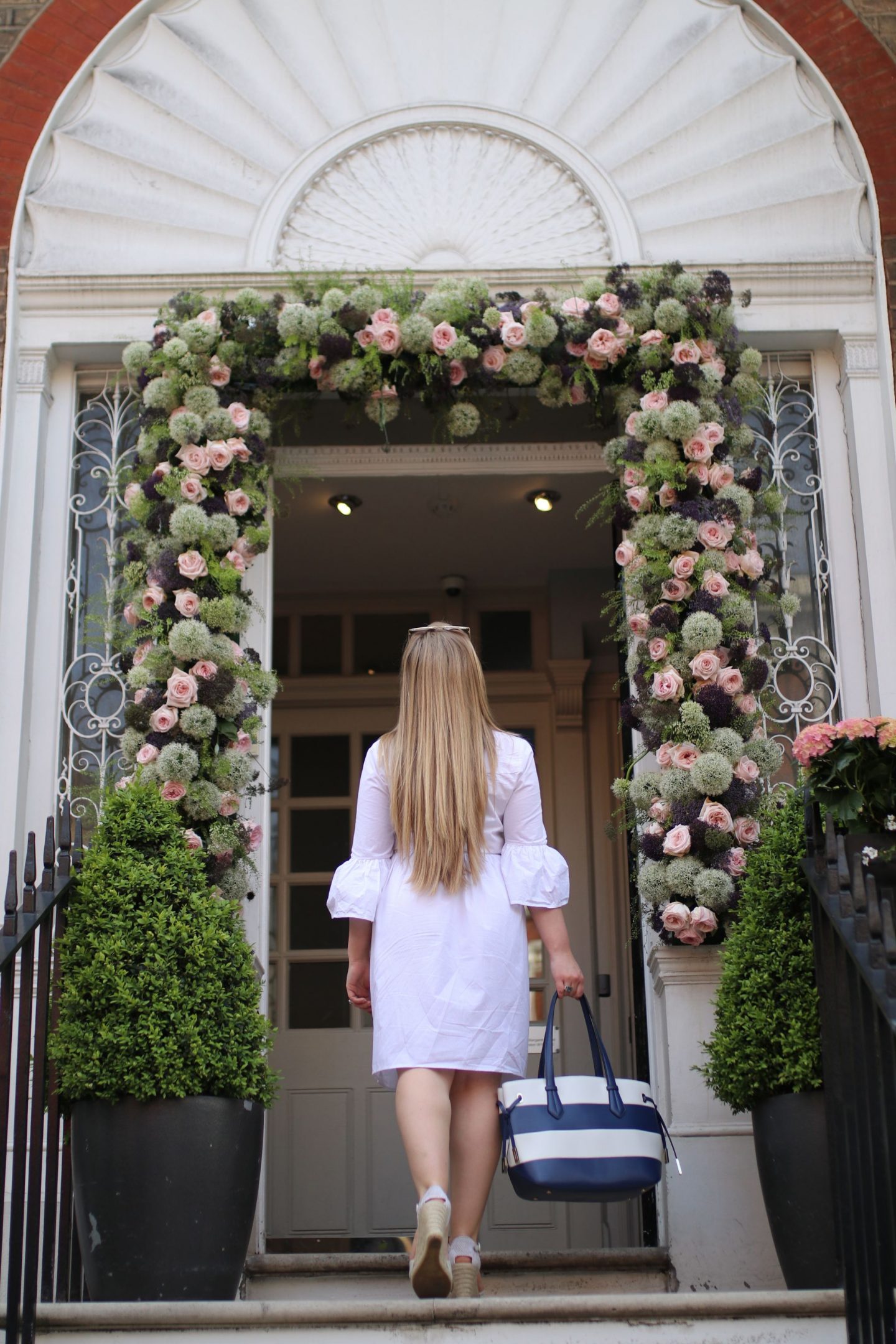 Needing to be back near home to get some work done, I couldn’t stop for too long to look but had seen a few pictures of animals I hadn’t yet spotted on a friend’s Instagram.

Instead, that very afternoon, I dragged Ben with me to Sloane Square to admire the handiwork of some very skilled florists including my friend Fay from All For Love London who I had earlier spotted the Instagram from. All For Love London do the most stunning floral arrangements, so if you’re looking for someone to help you with an event, Wedding or party, let them know!

The street was alive with photographers, children, and adults reduced to children, admiring all the amazing creations. Ben loved it just as much as me.

Towering Giraffe’s in the most vibrant yellow flowers. 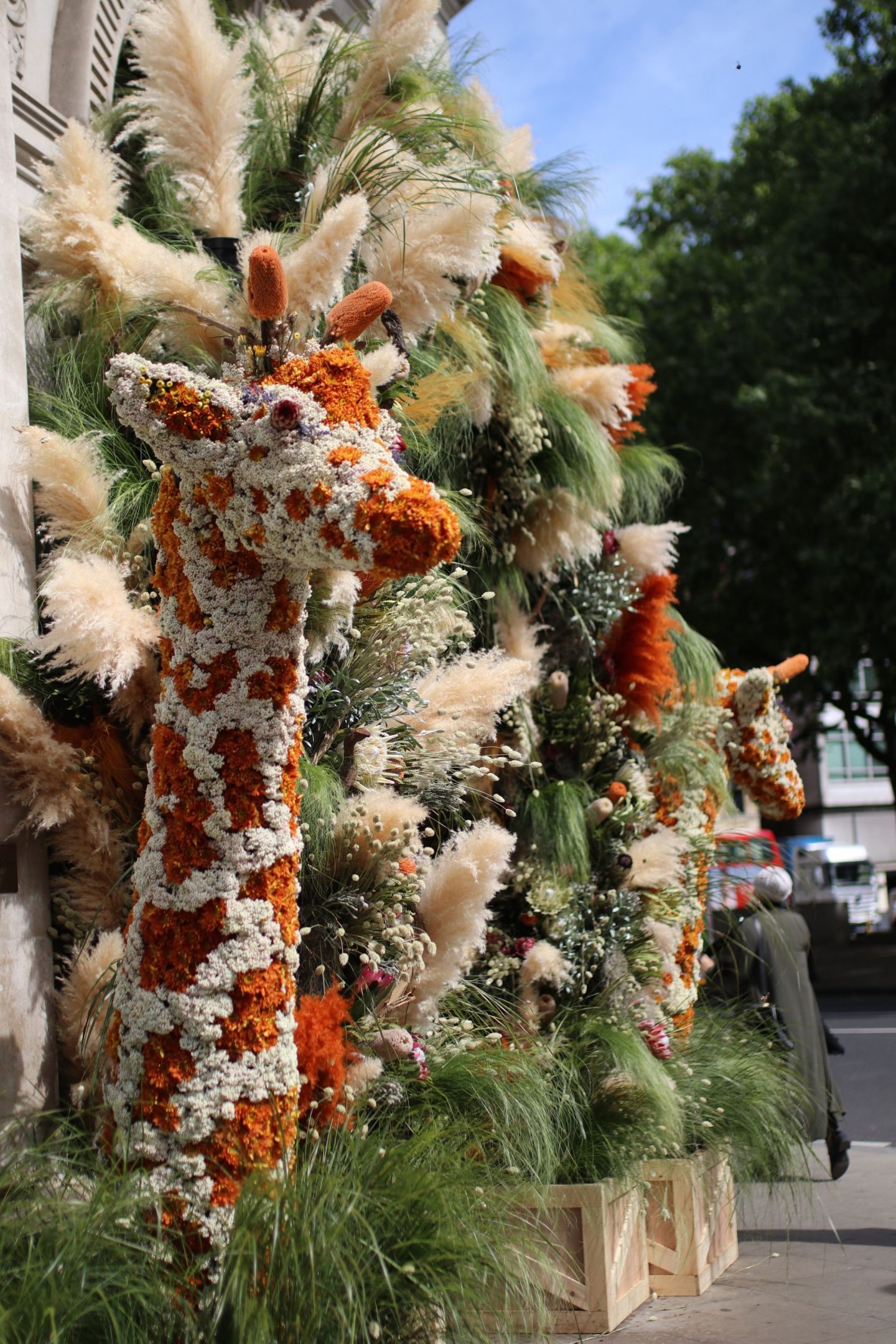 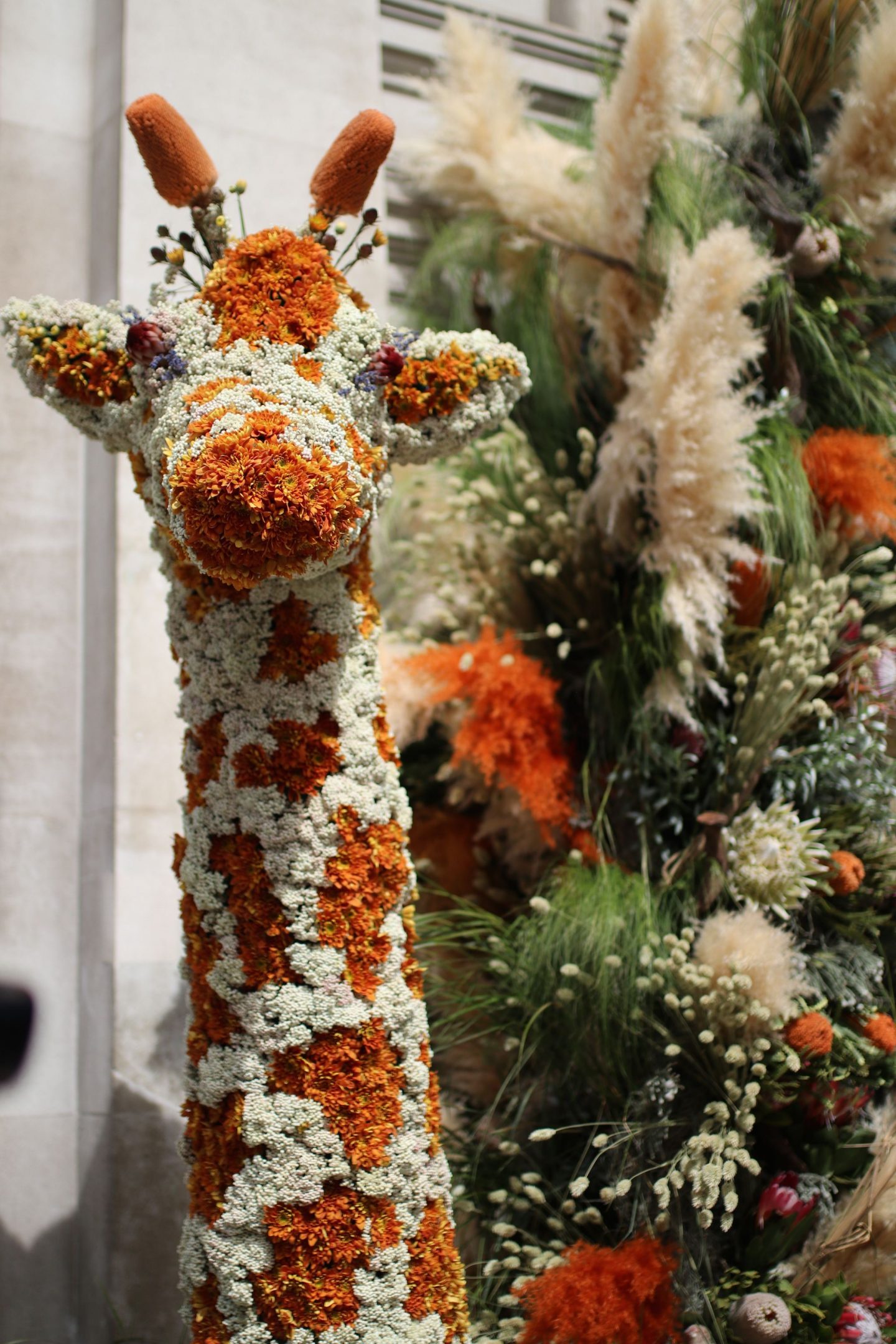 Gorilla’s made of moss. 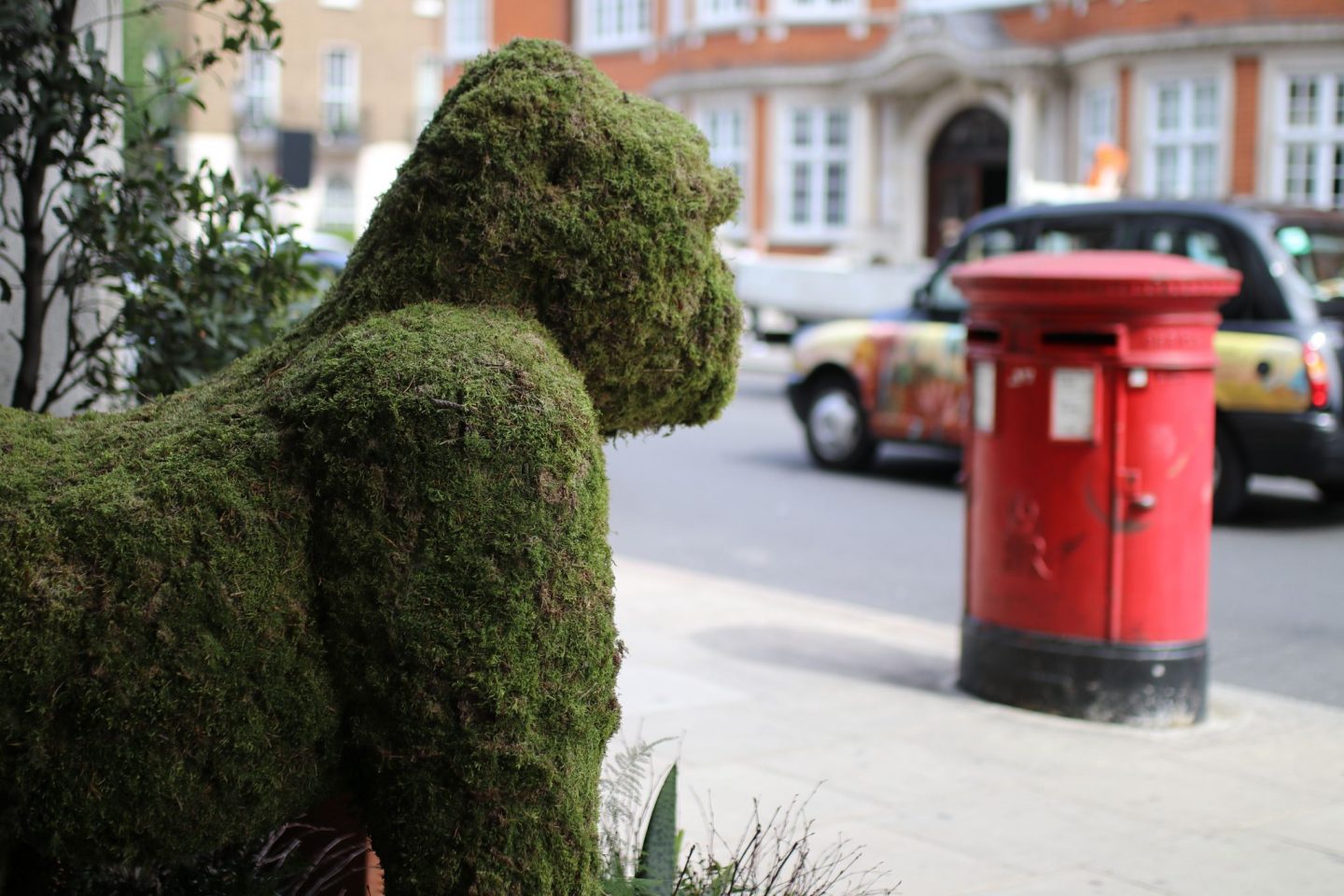 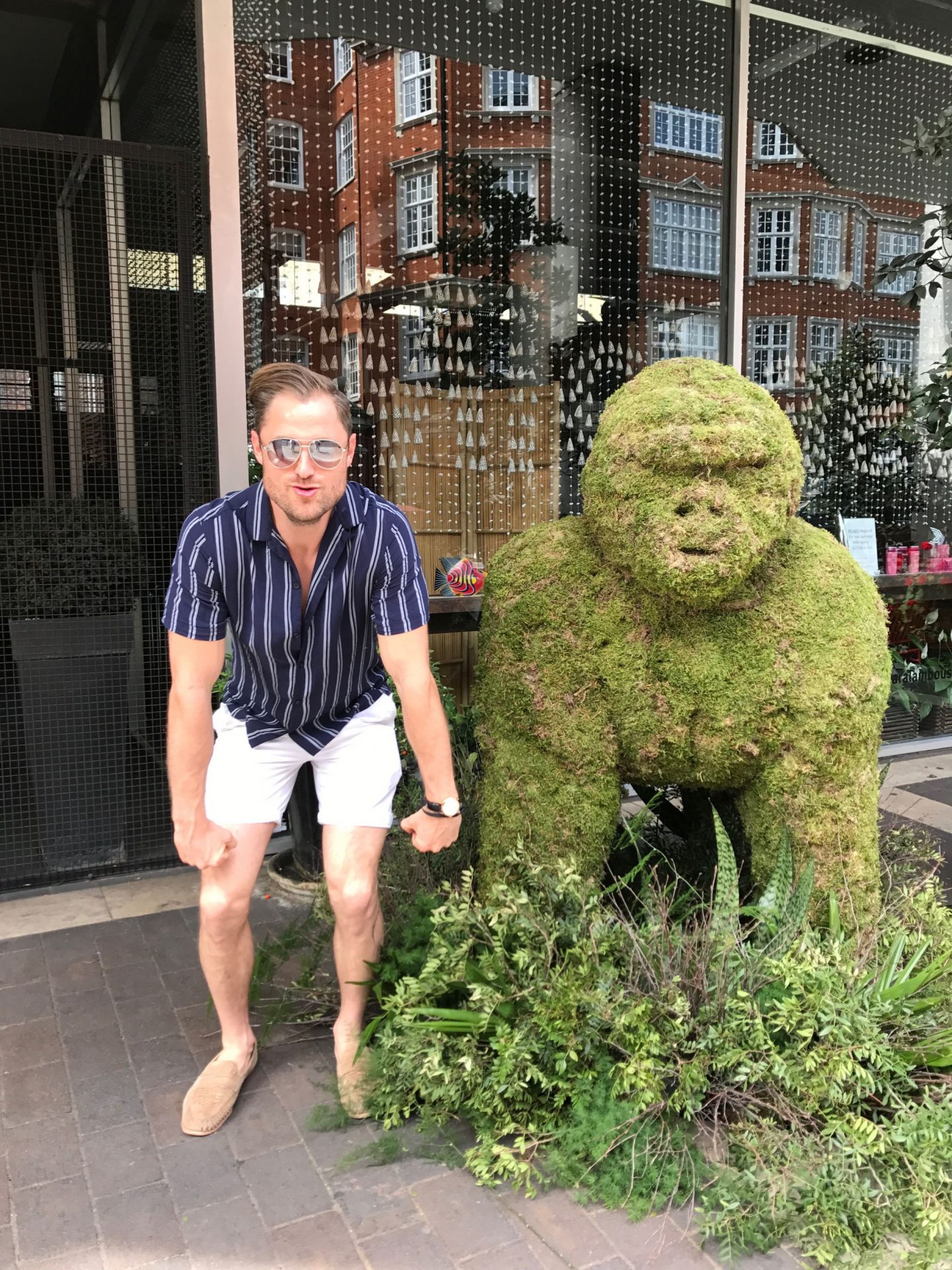 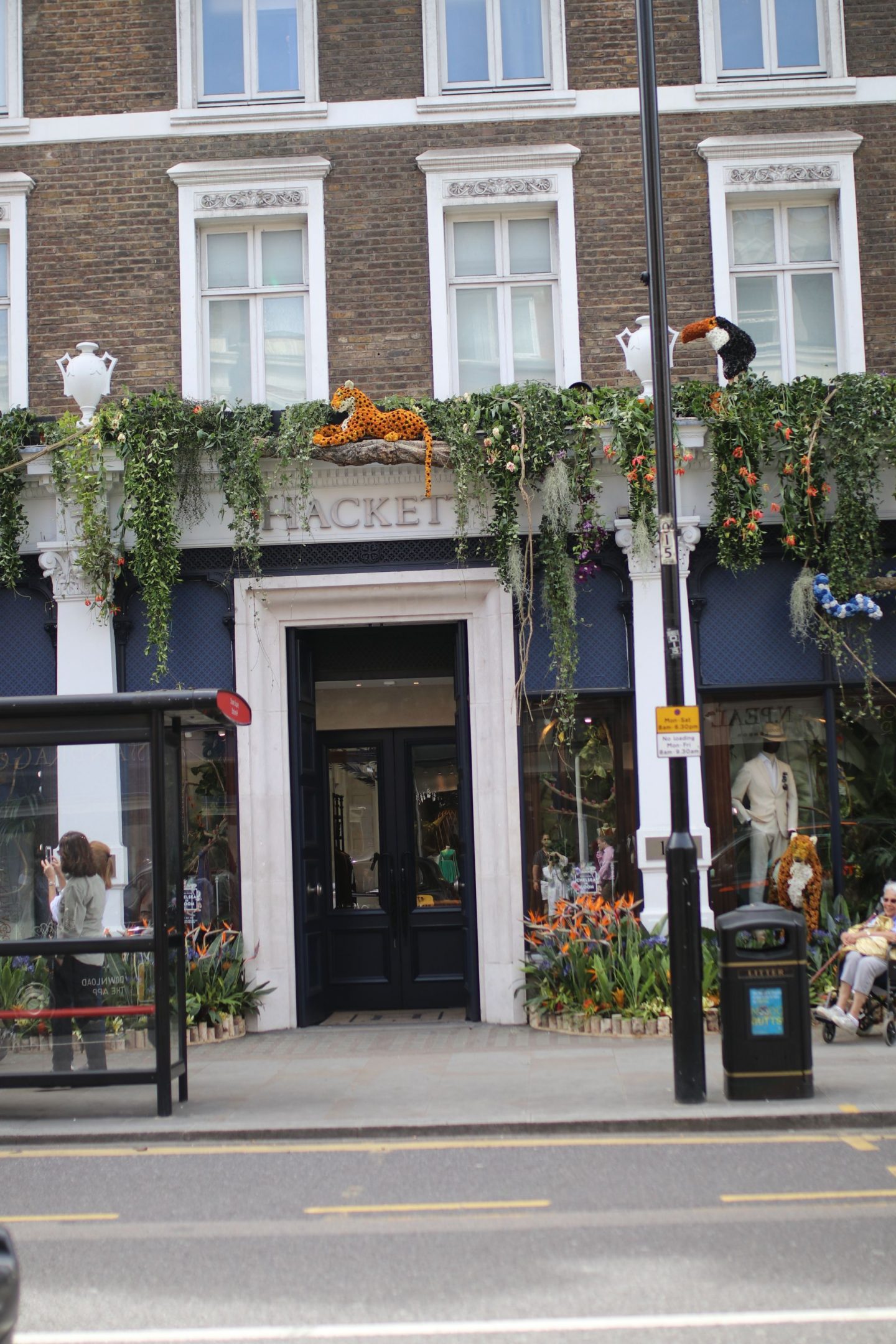 Rhino’s made from bark. 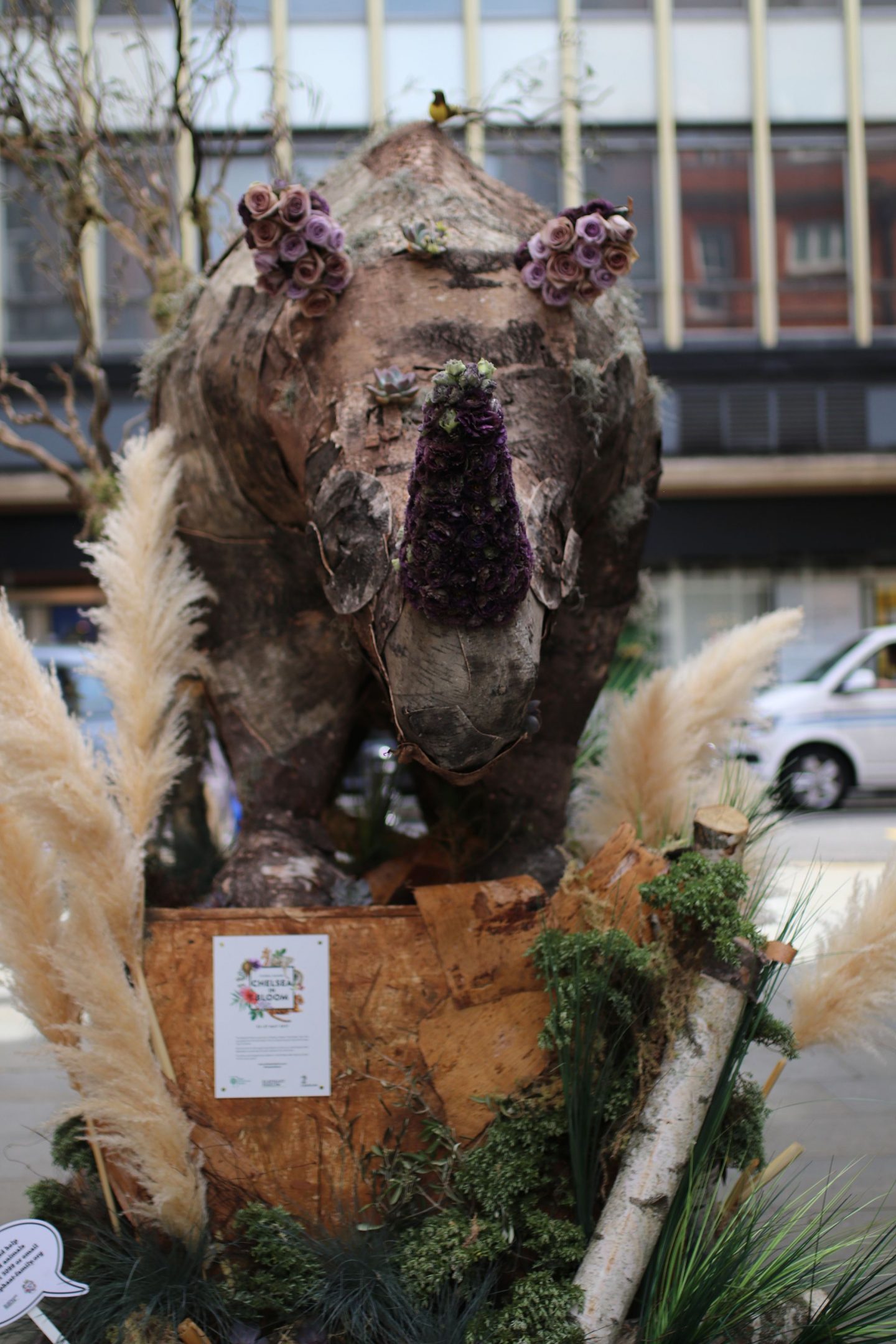 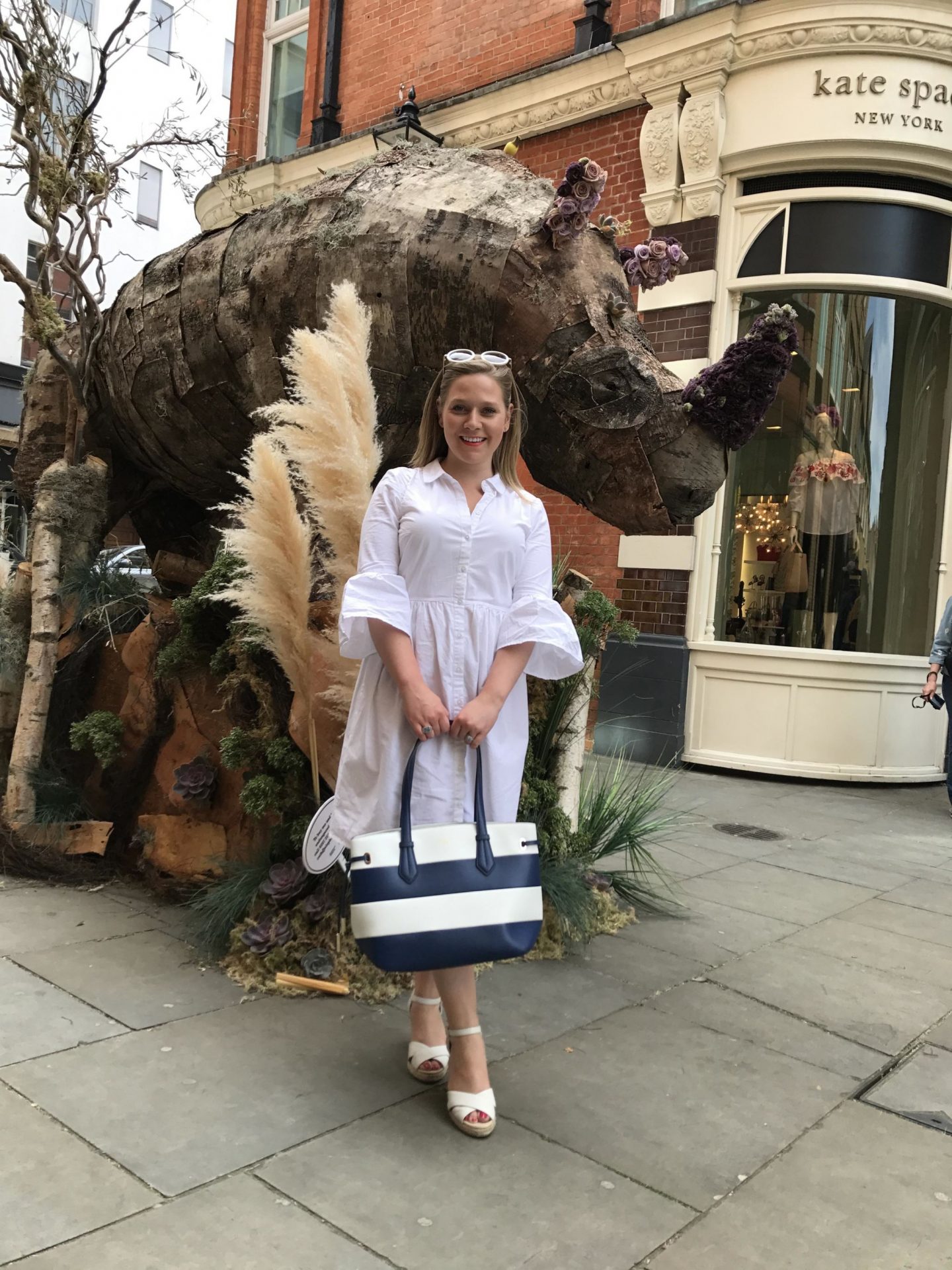 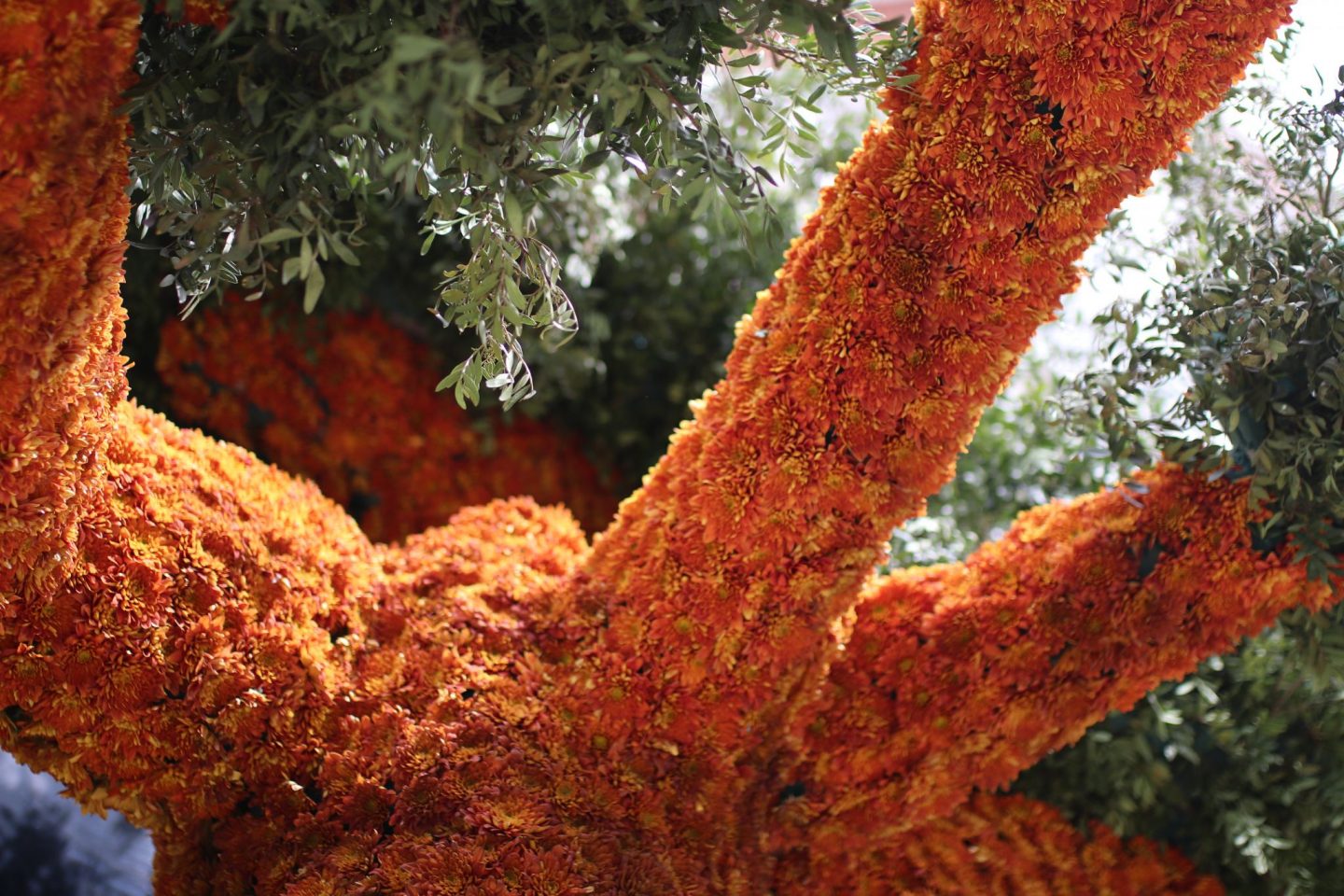 And the most intricate wild safari styles. 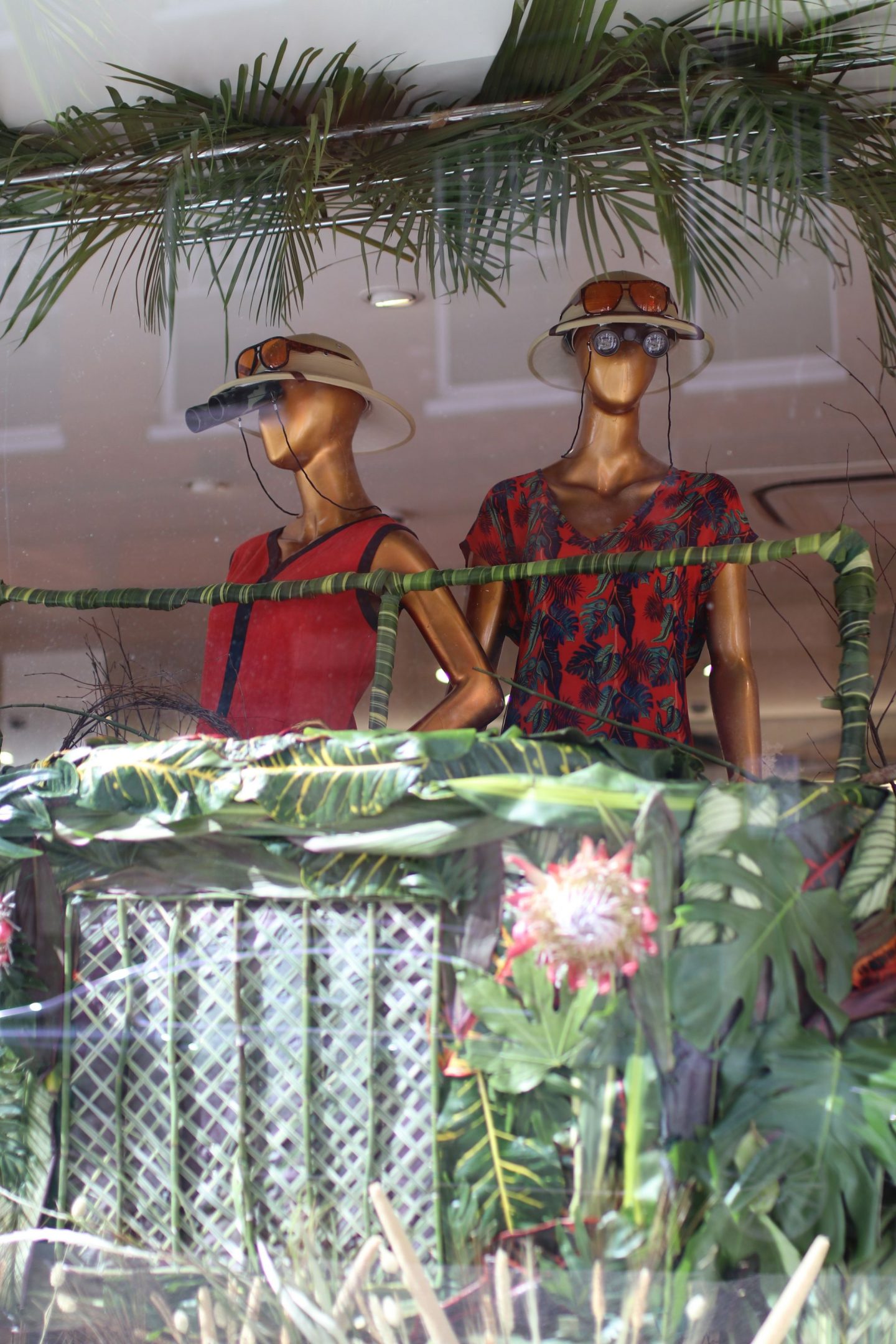 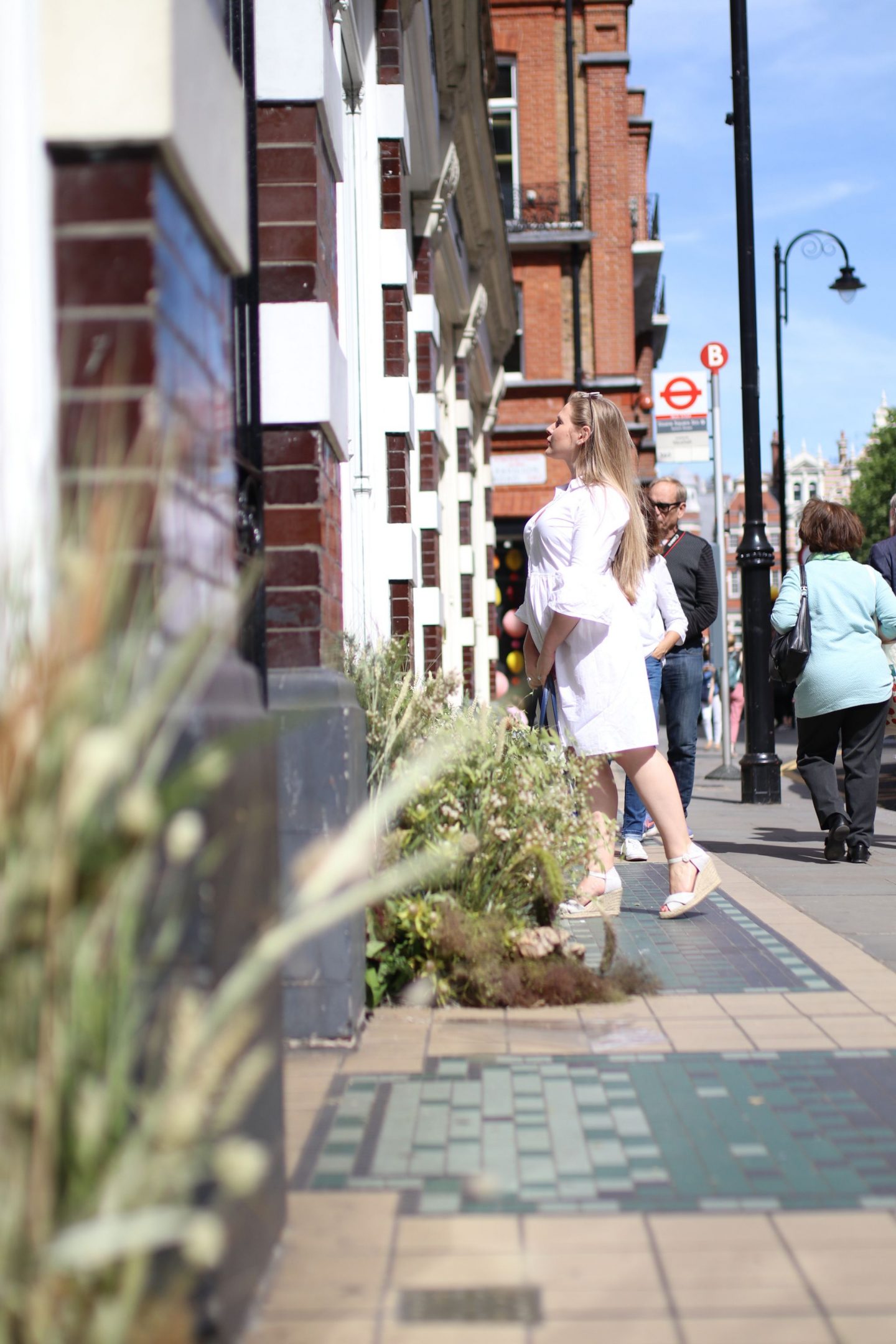 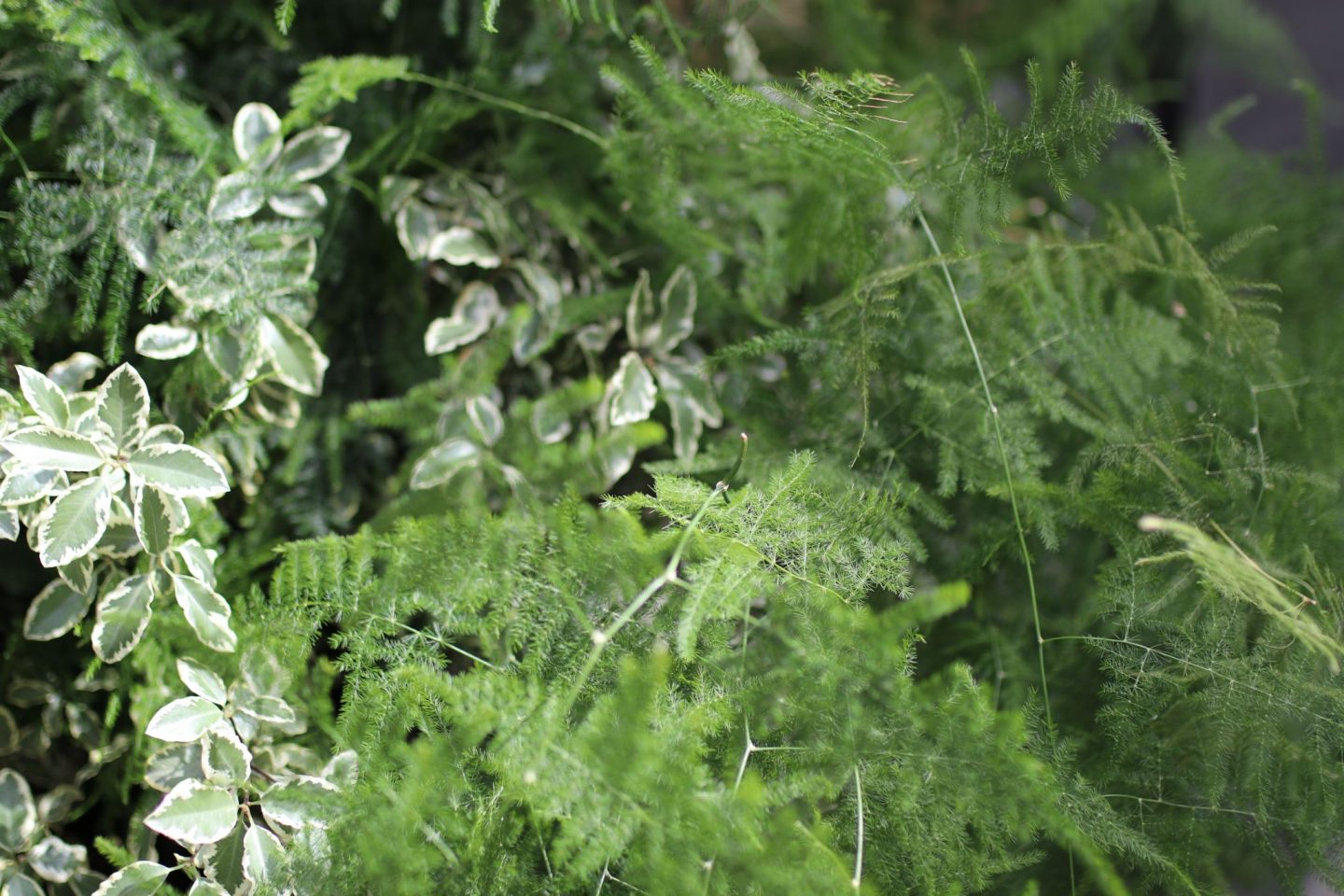 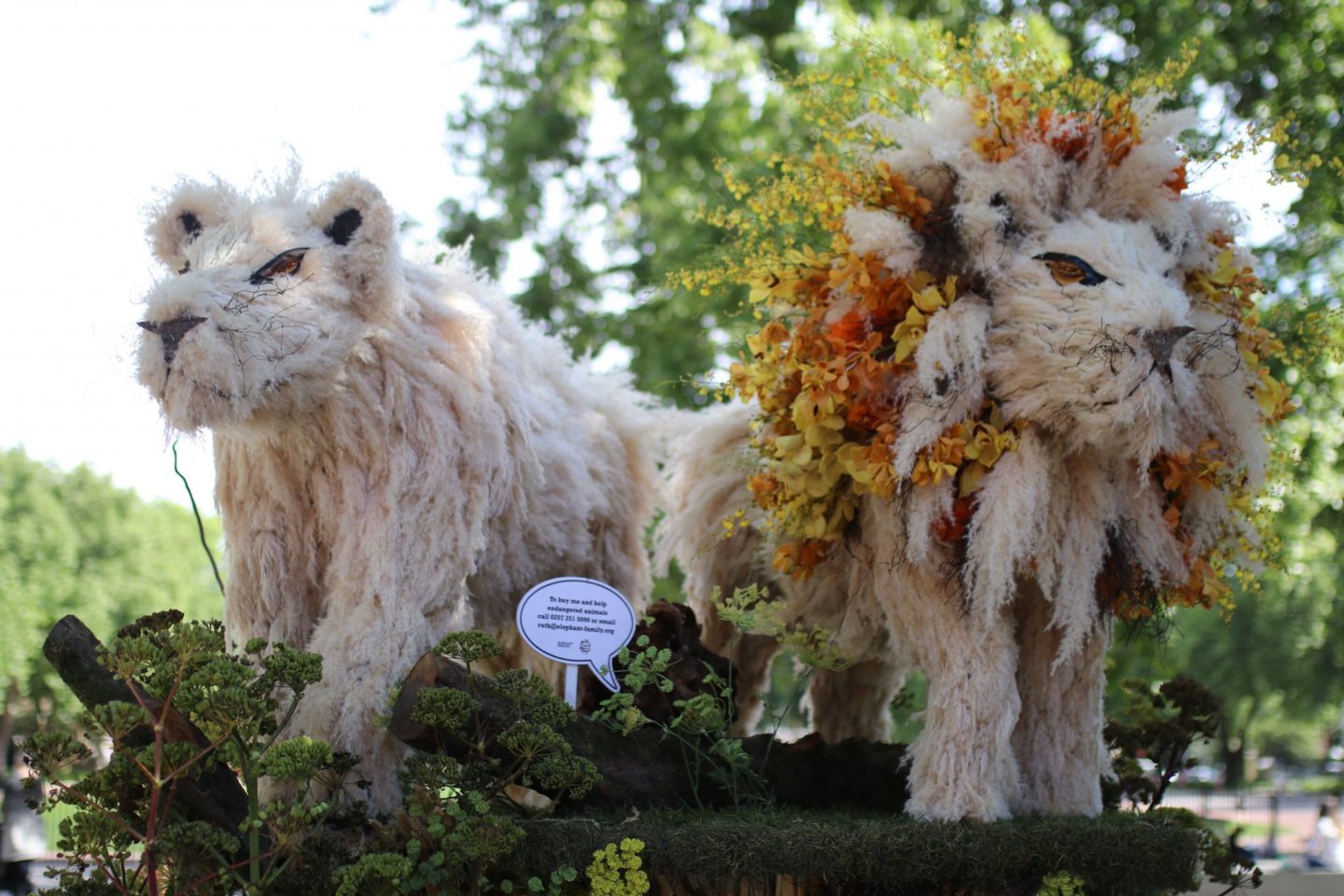 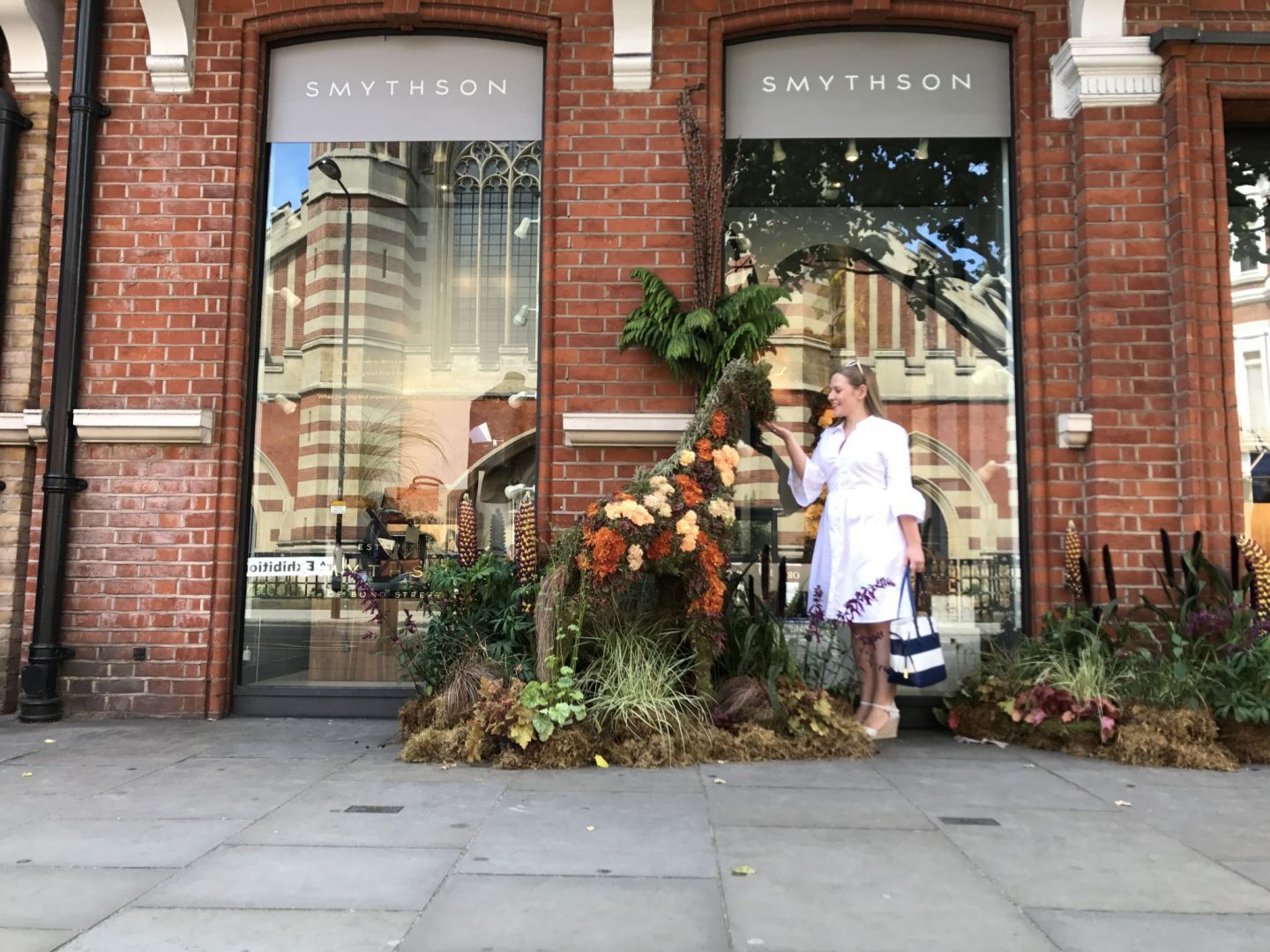 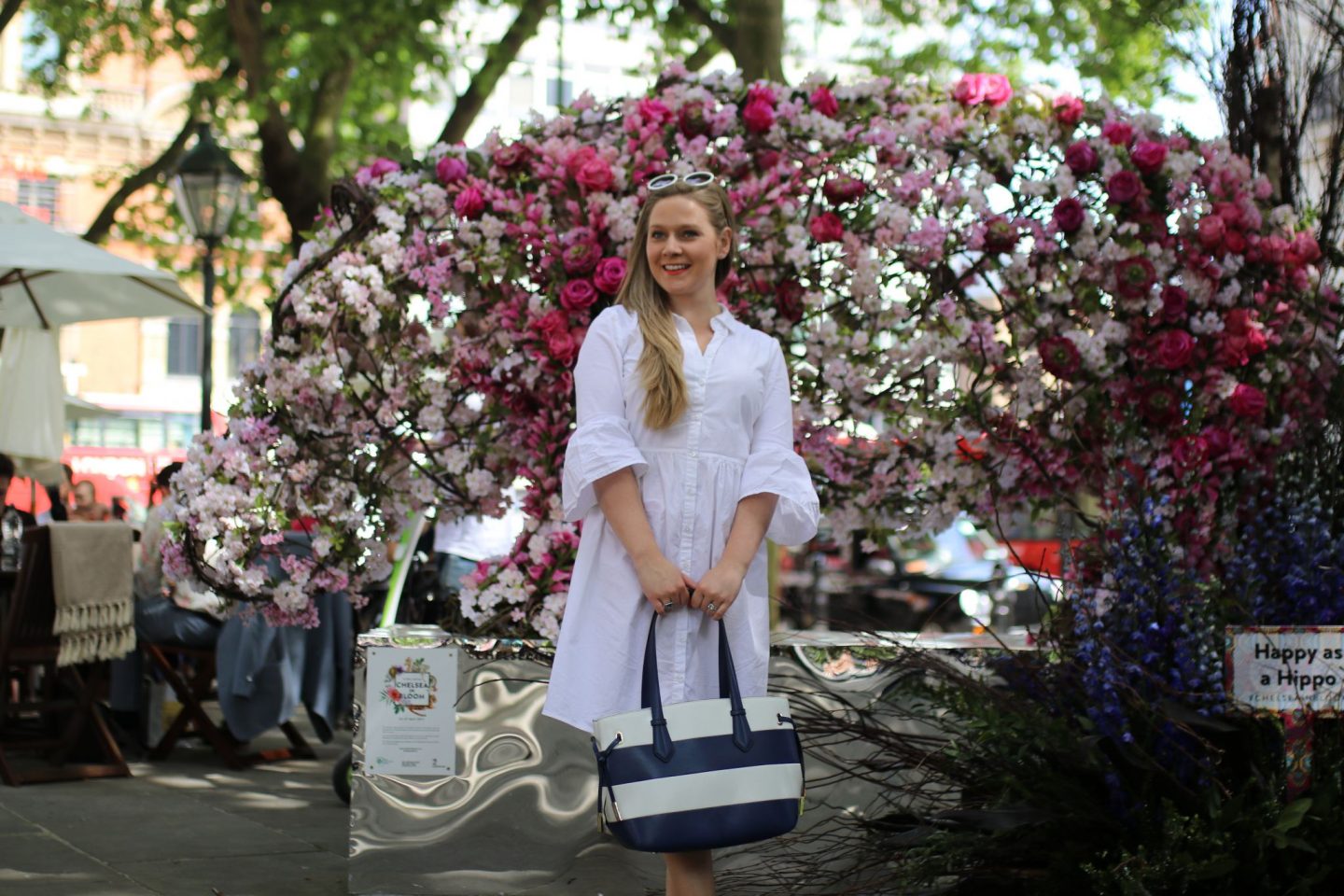 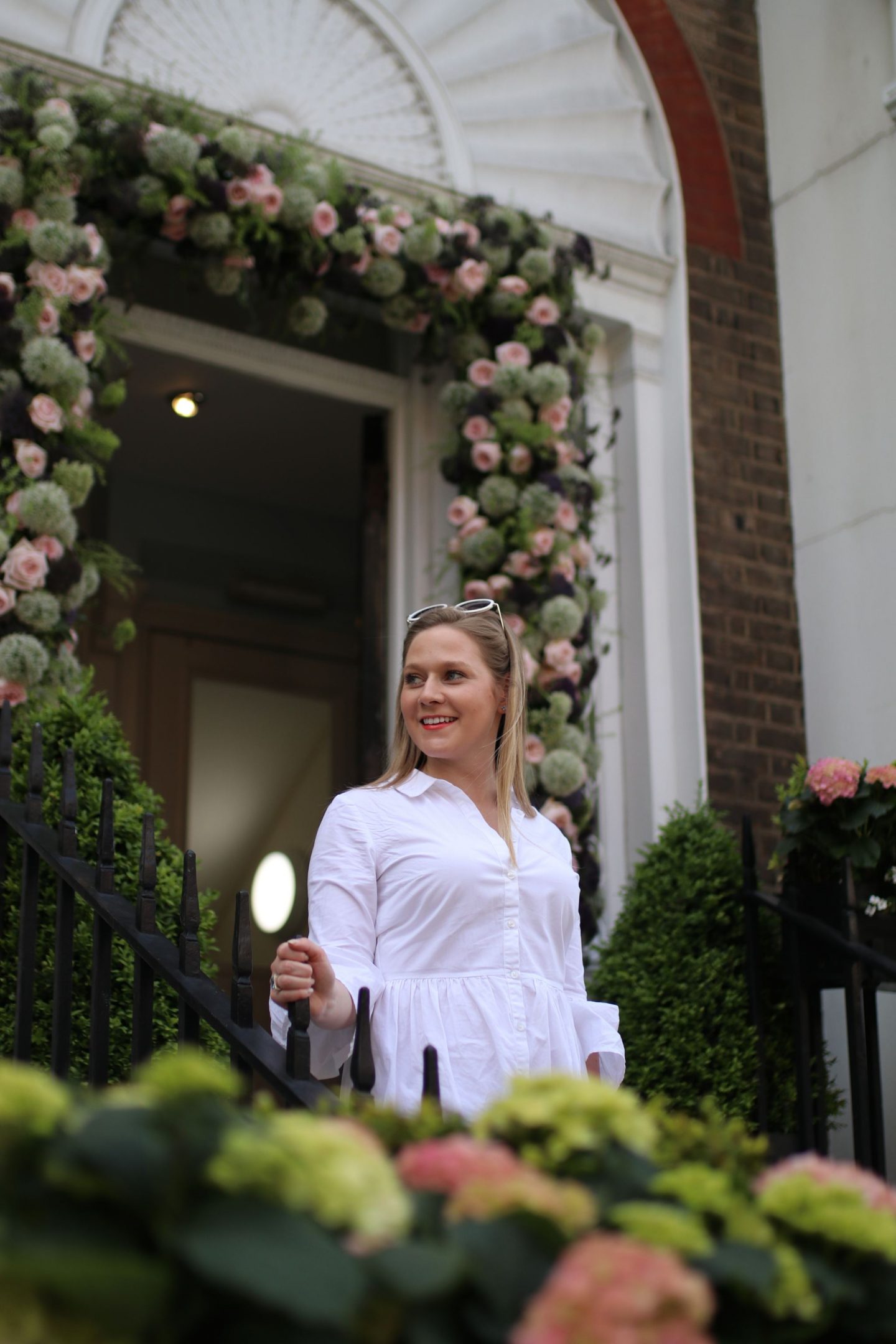 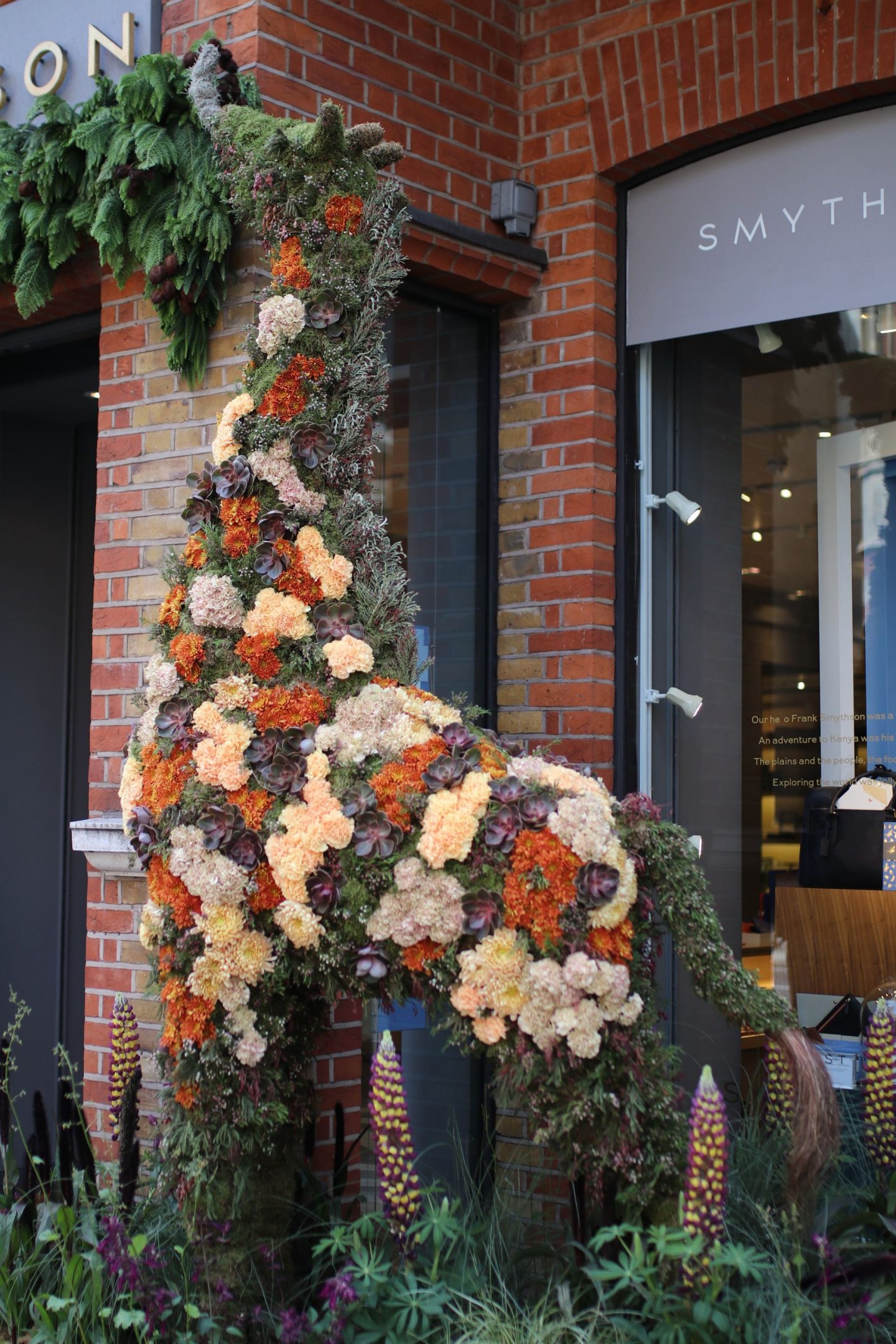 It’s incredible how much each of the stores has put into the project. In total, 50 have taken part from Jimmy Choo to Club Monaco and you can take it all in from the comfort of a complimentary Rickshaw ride.

Of course, there has to be a winner and excitingly, there’s a people’s champion award – you can choose who that is. Just hop on over to the website and pick your favourite. I’m rooting for Kiki Mcdonough with their incredible pink Giraffe. 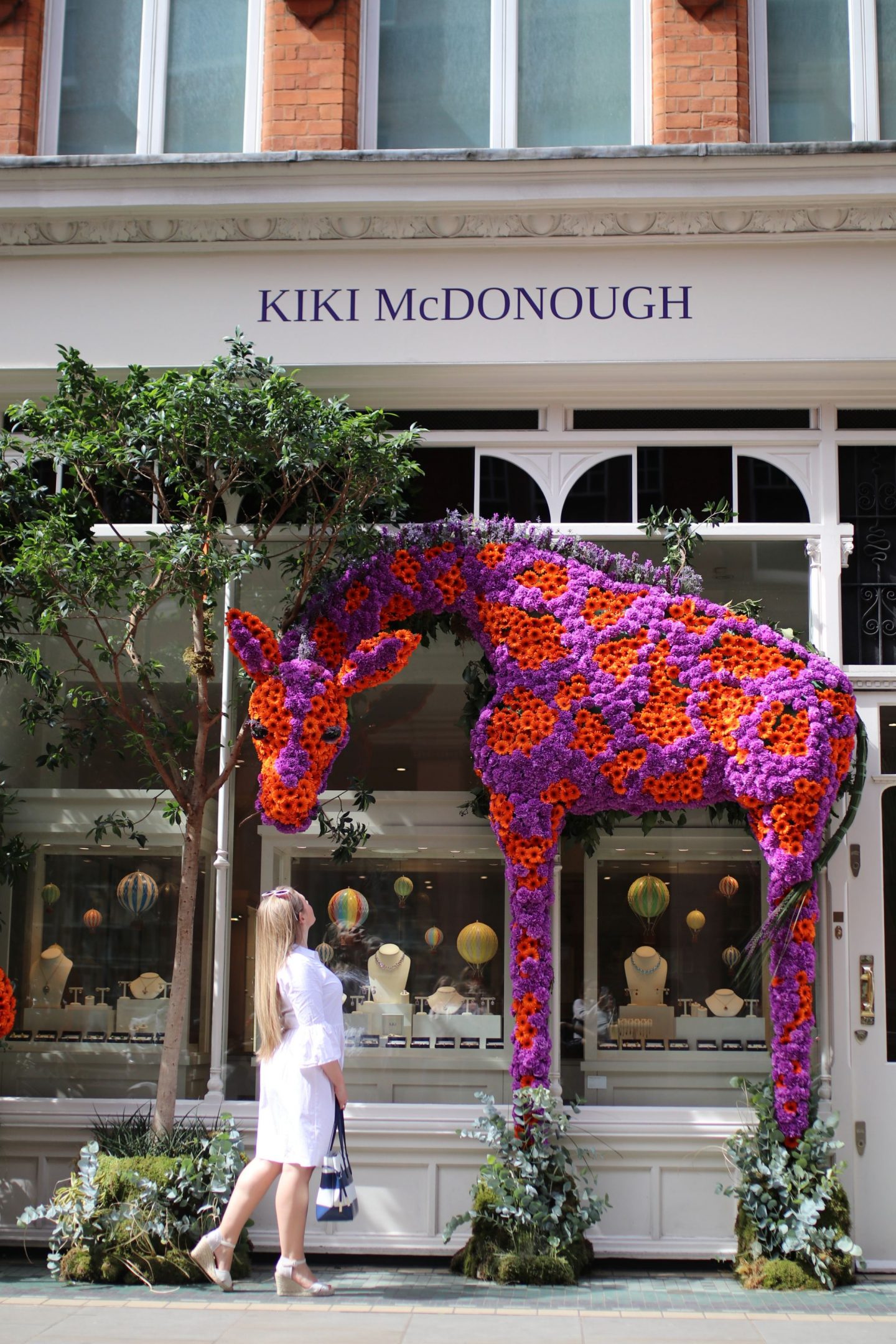 The winners were judged by an expert RHS accredited panel yesterday. Pretty much everyone won an award of some sort, but the top three were Hackett, Rag and Bone and Kiki McDonagh. There is still the chance to vote for the People’s Champion Award until midnight on Thursday 25th May, so head down for a look and place your vote!

I highly recommend popping down to Chelsea for a look. The flowers will be up until 27th May, but I would suggest going sooner rather than later to catch them at their best (I can’t imagine they’ll be looking too pretty by the end of the exhibition!)

Tie it in with a visit to my favourite Gallery in London; The Saatchi Gallery, to see their new Selfie to Self-Expression exhibition. 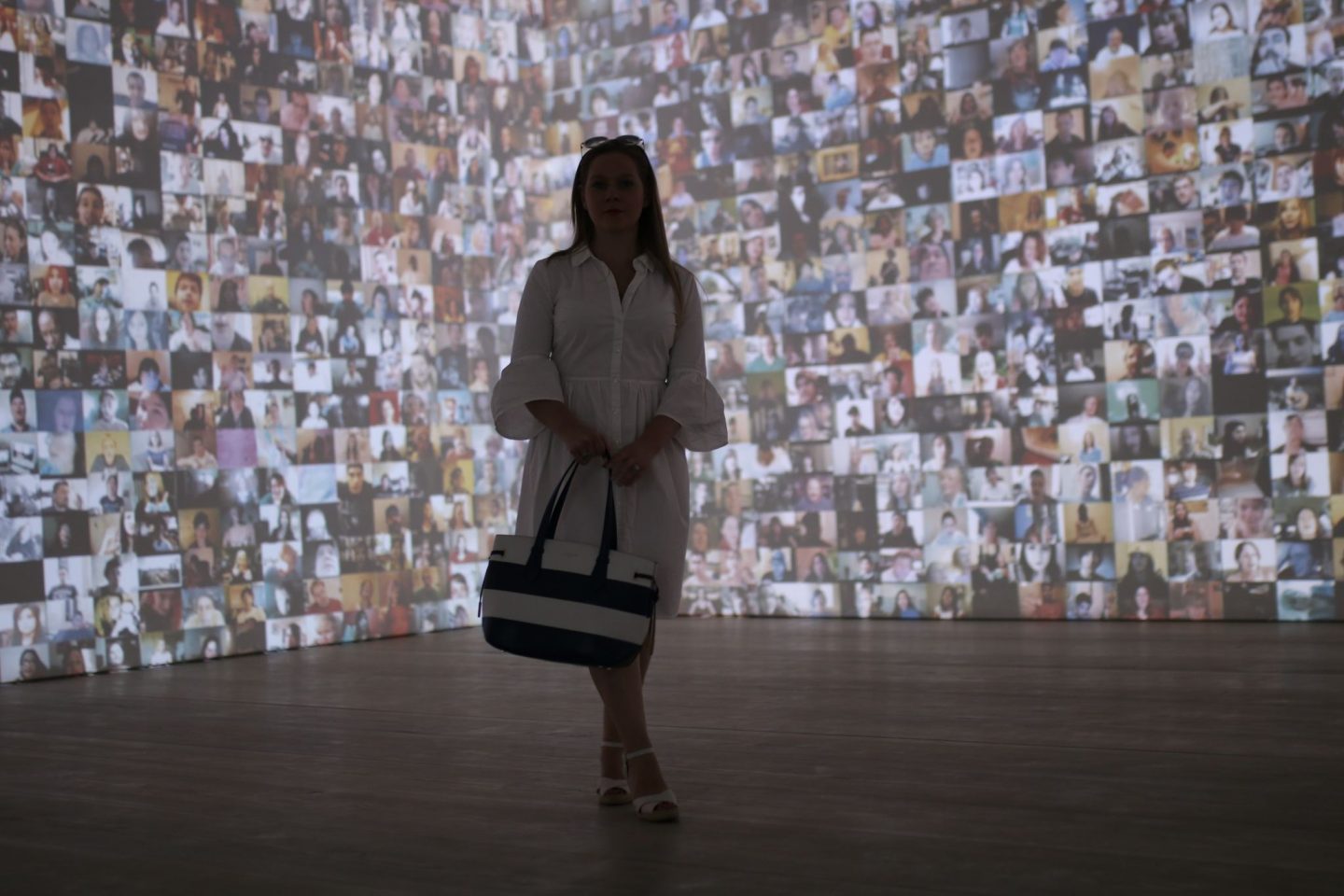 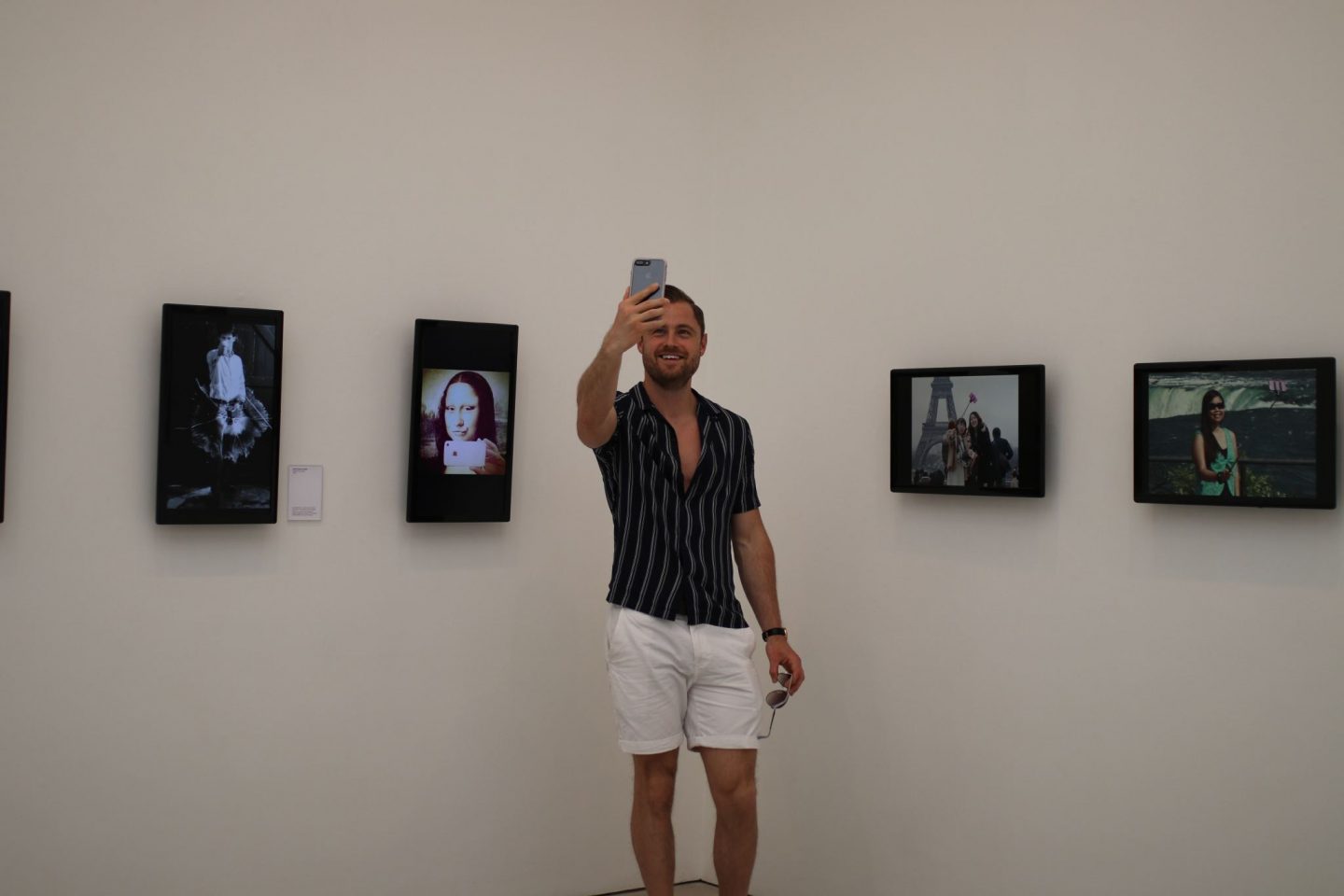 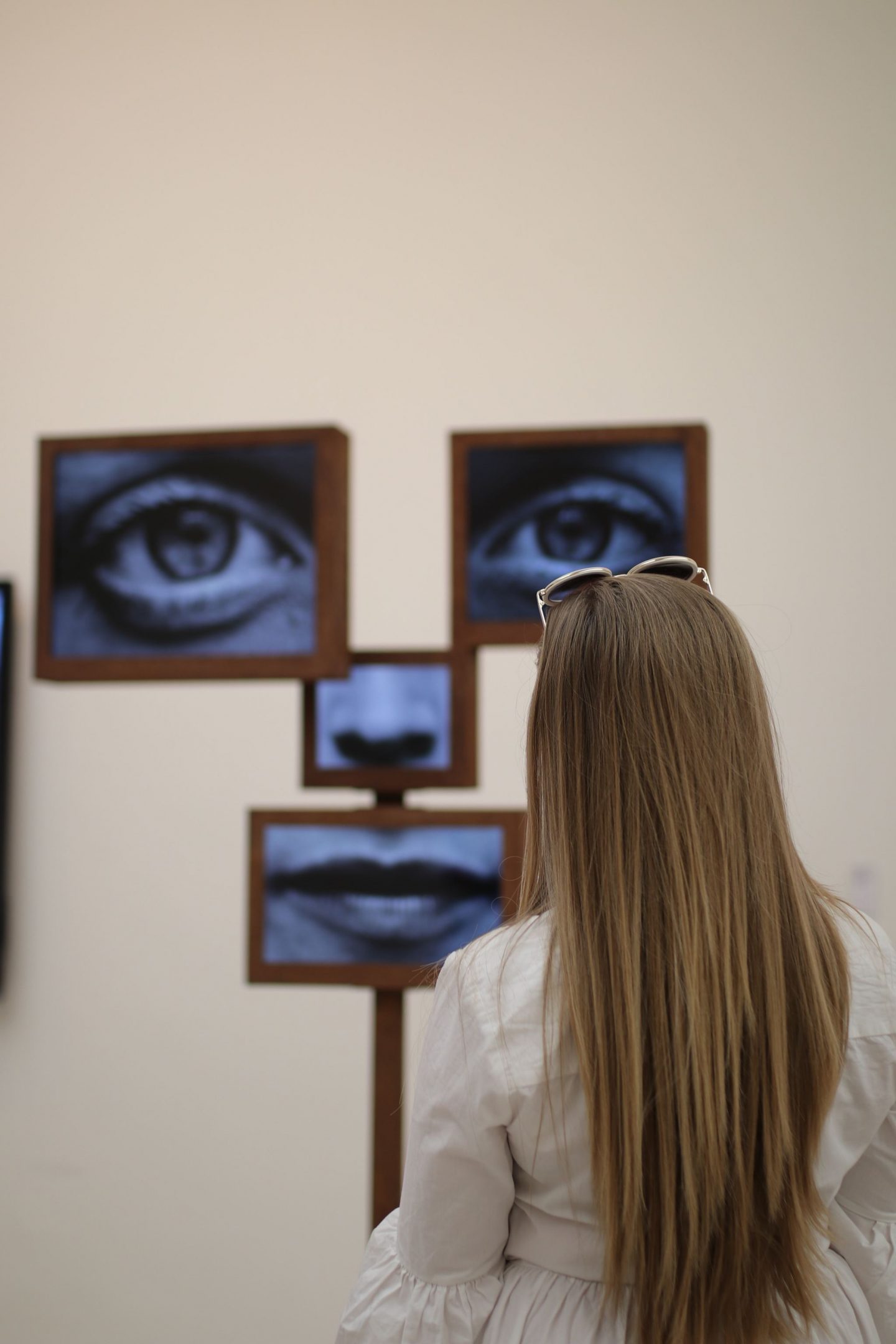 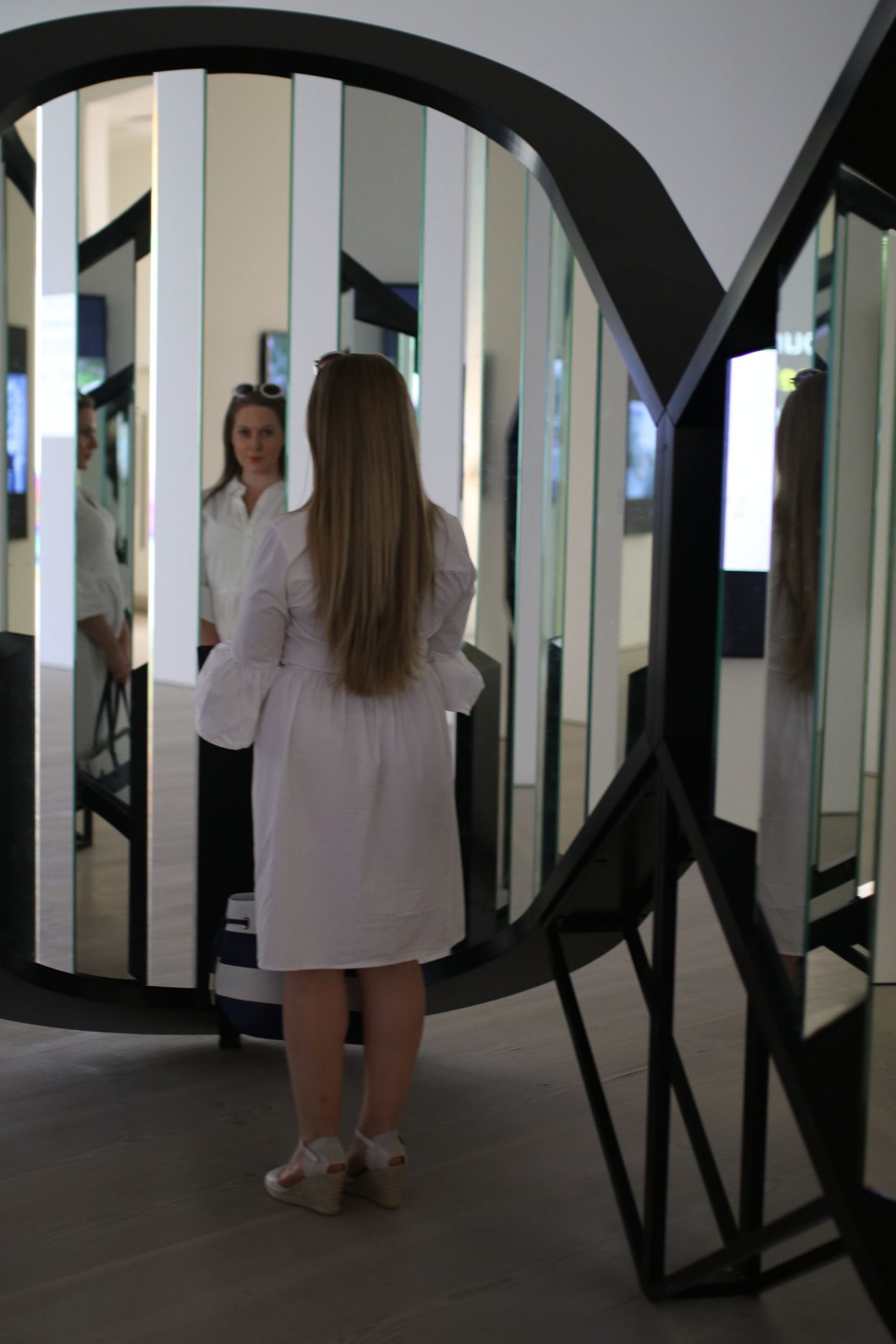