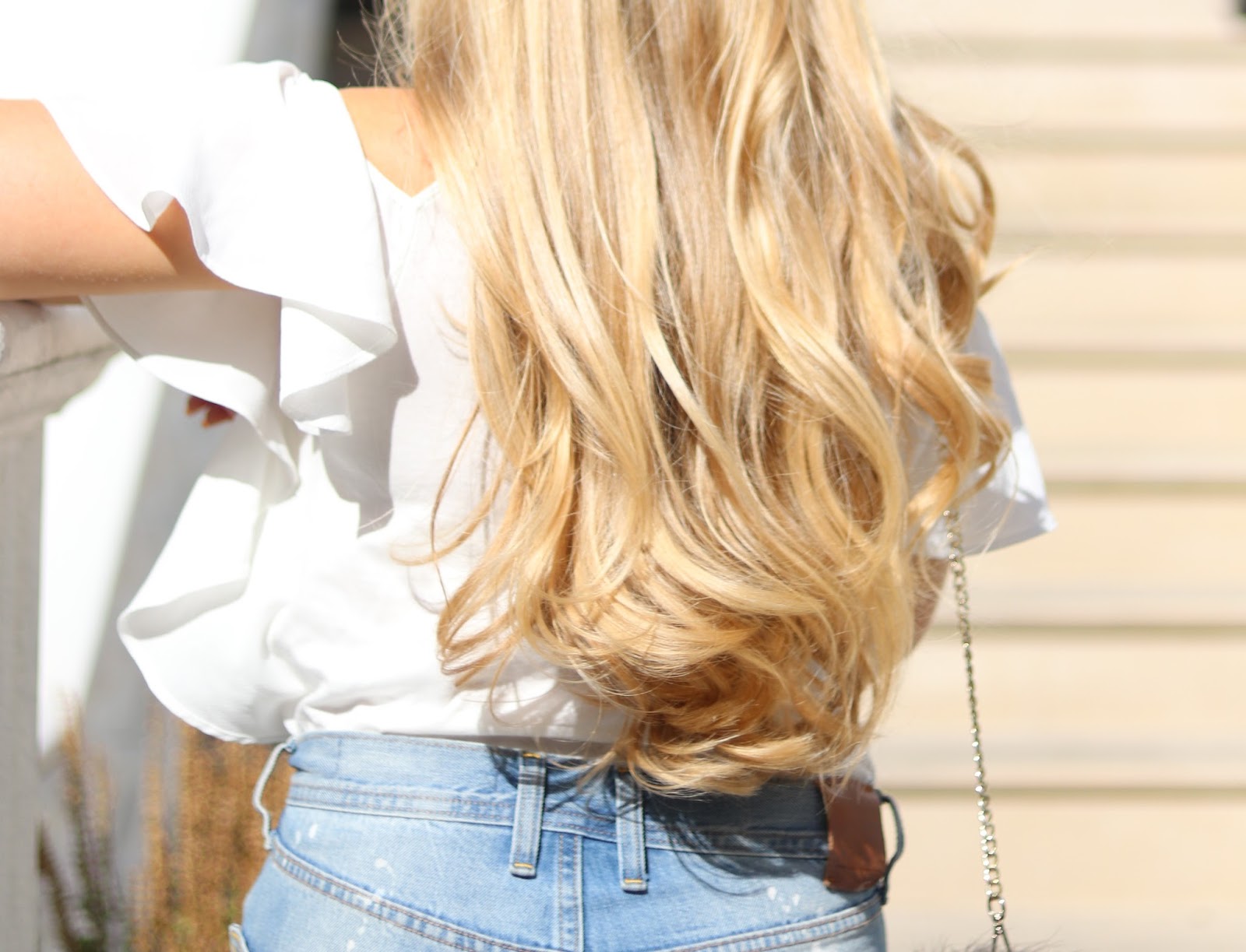 Olaplex. It’s the haircare treatment on everyone’s minds at the moment (or in their hair) and I thought it was high time I tried it out for myself to find out a little more about the Kardashian’s favourite haircare treatment. I booked in to the Michael John hair salon in Knightsbridge and coupled the treatment with a trim to try and reverse all signs of damage in my hair and give it a fresh start. 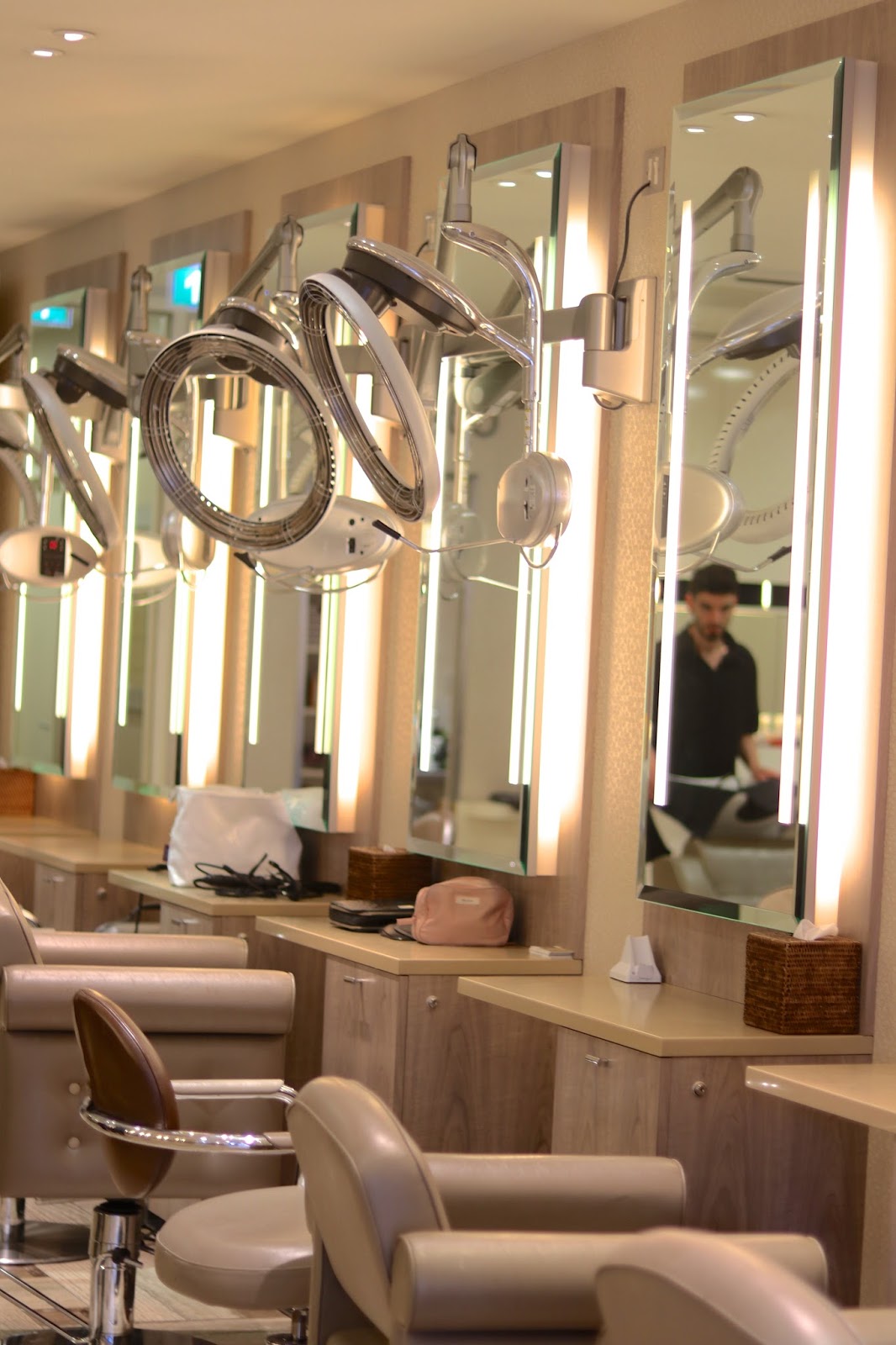 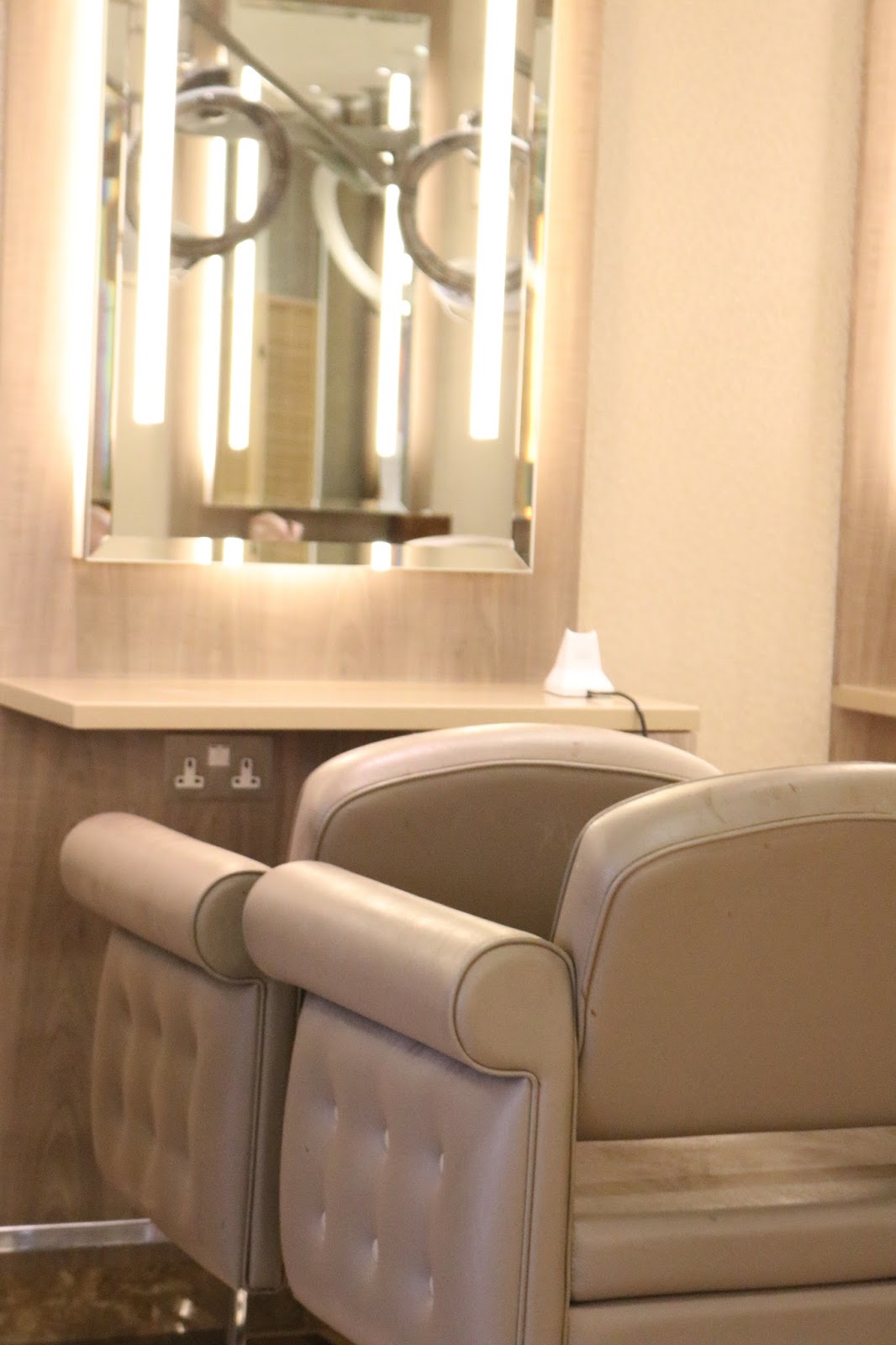 The salon has an incredibly relaxed atmosphere which put me at ease immediately and after a quick consultation with Dimitra it was time for the Olaplex treatment. My hair was washed with water, before Step one of the treatment was placed in my hair; a serum that sinks into the roots and attempts to multiply the bonds in your hair while preparing it for the second step in the system – the bond perfector. The combination of treatments is done prior or after a colouring session or on damaged hair and actually helps to permanently rebuild damaged disulphide bonds within the hair that give it its elasticity and strength.

Following the two steps, my hair was washed through with shampoo and massaged with conditioner, before I was brought back to Dimitra to start the cut. After the Olaplex treatment, my hair brushed through like a dream and blow dried almost straight with hardly any frizz. Dimitra rolled my hair into pin curls all the way around, before releasing them all and using hair spray to hold them in place. 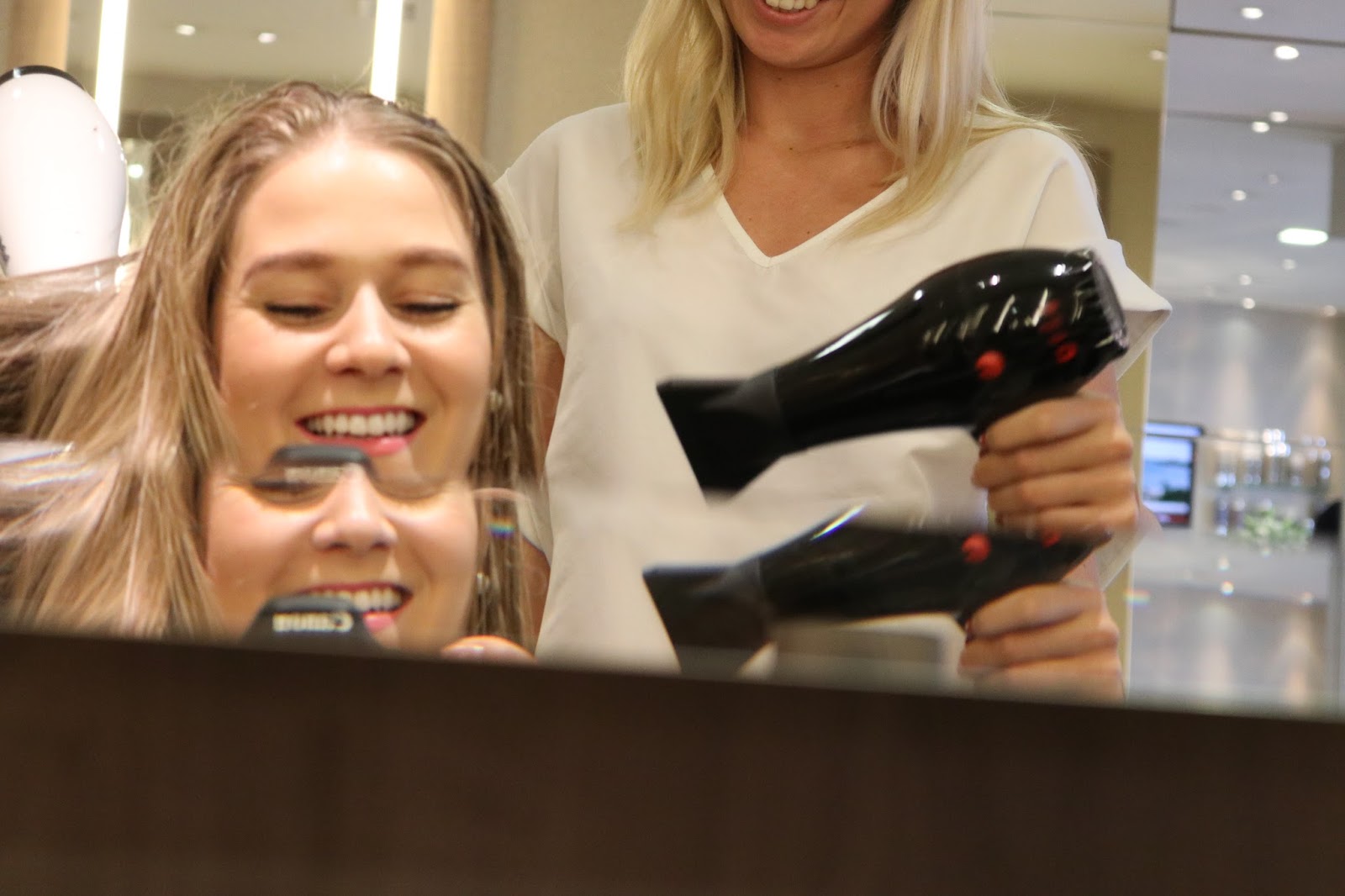 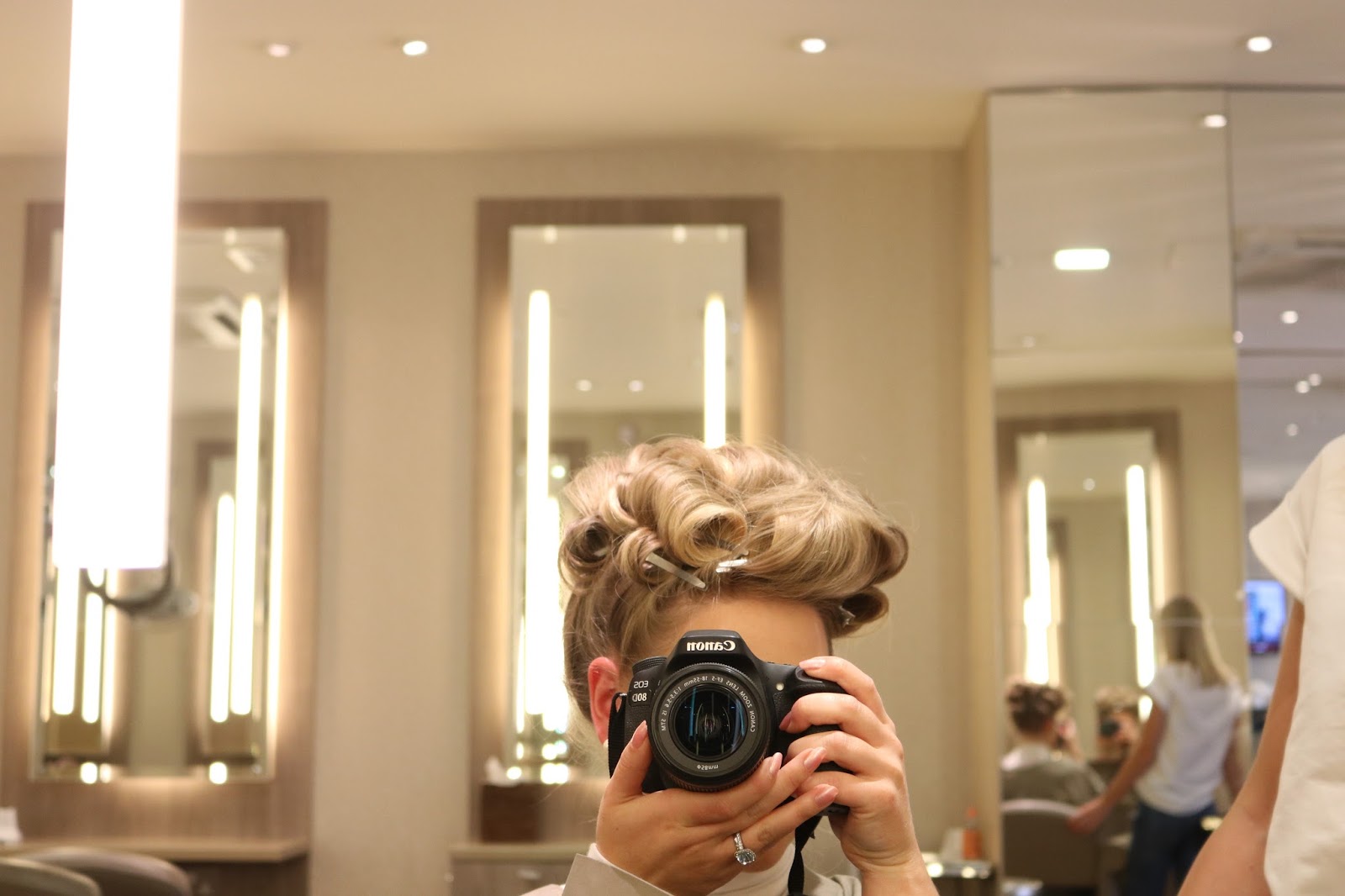 Of course, it took a few washes to really understand how Olaplex had helped my hair and I couldn’t be caught in the hype straight away. I have to admit though, it really does work. My hair is still in better all around condition than it usually is, it’s not as frizzy as usual so I don’t have to spend as long straightening it, it’s more shiny on the crown and my hair isn’t coming out on my hairbrush as much as it was before. 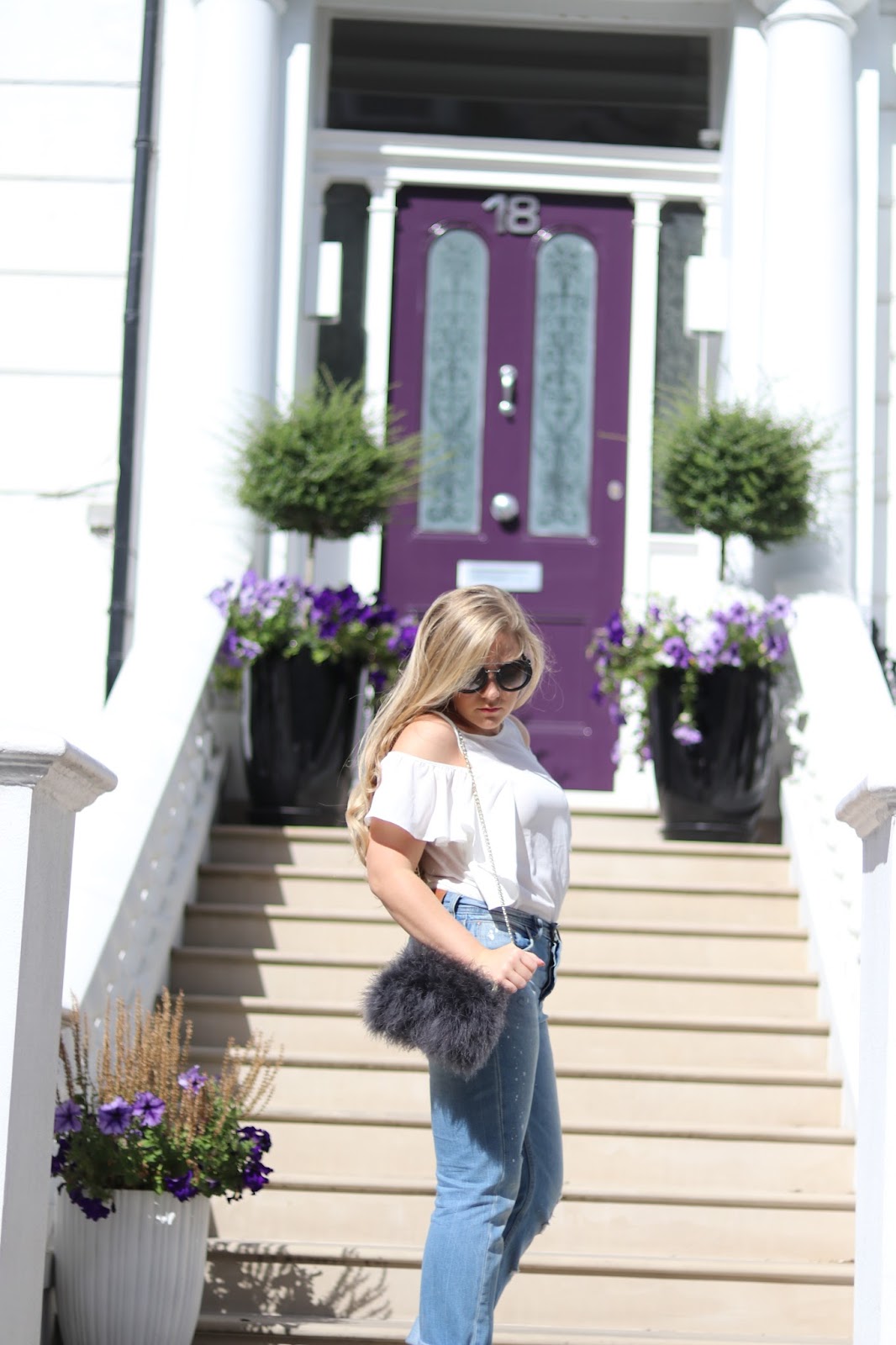 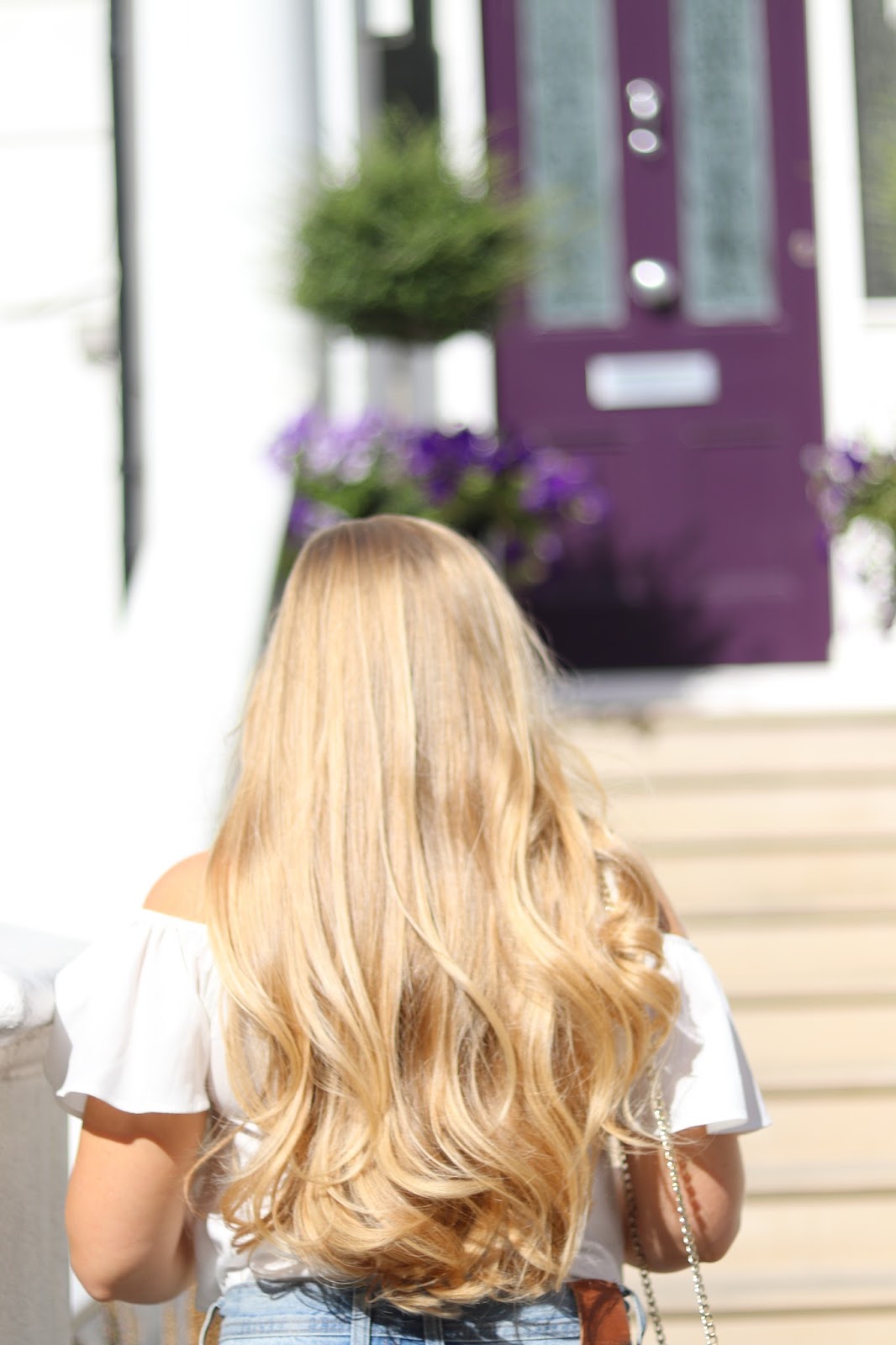 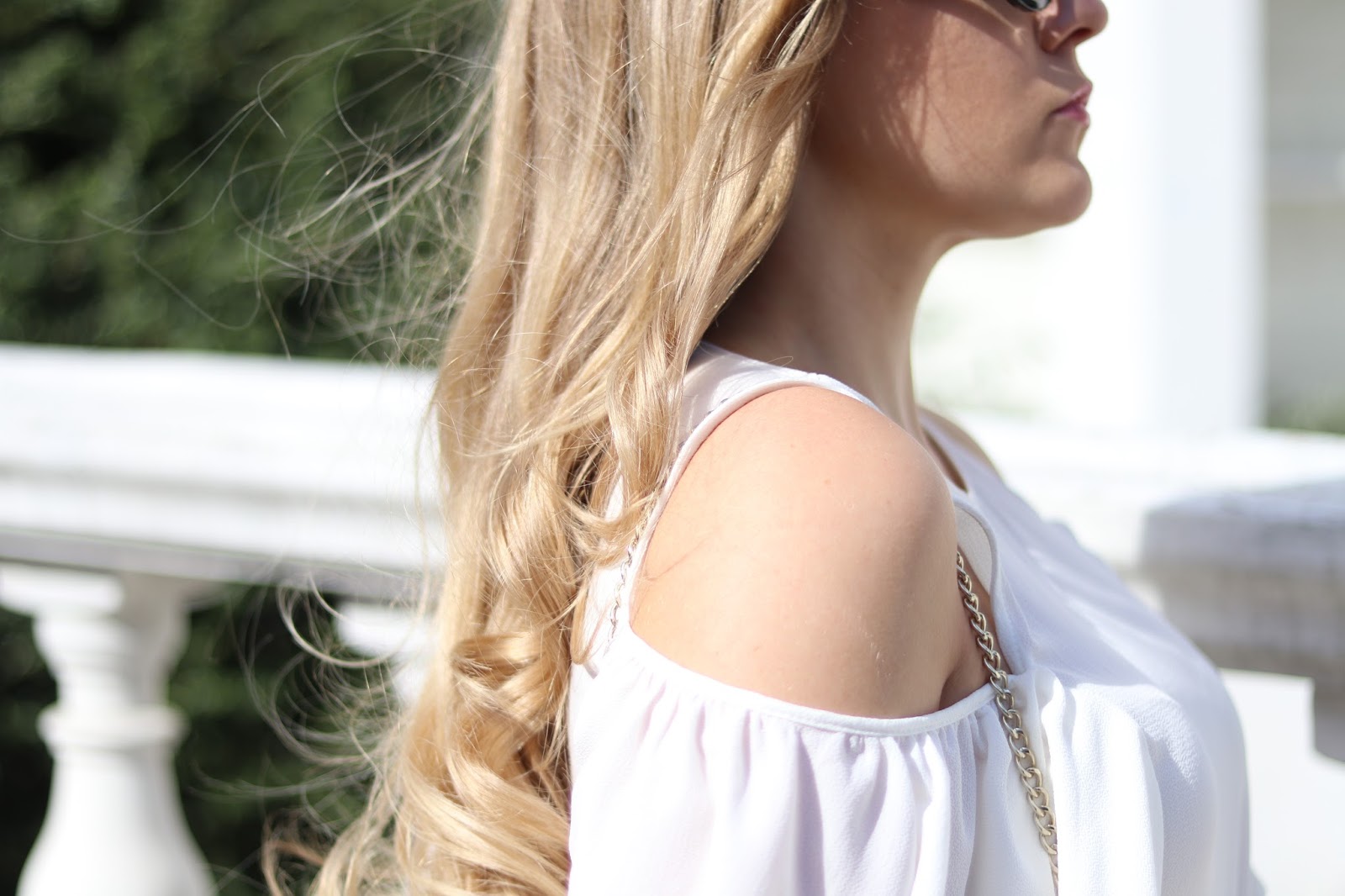 I have the third step in the system – the at home care, which I can’t wait to try. After a few days on the beach. I’m sure my hair will drink it in. 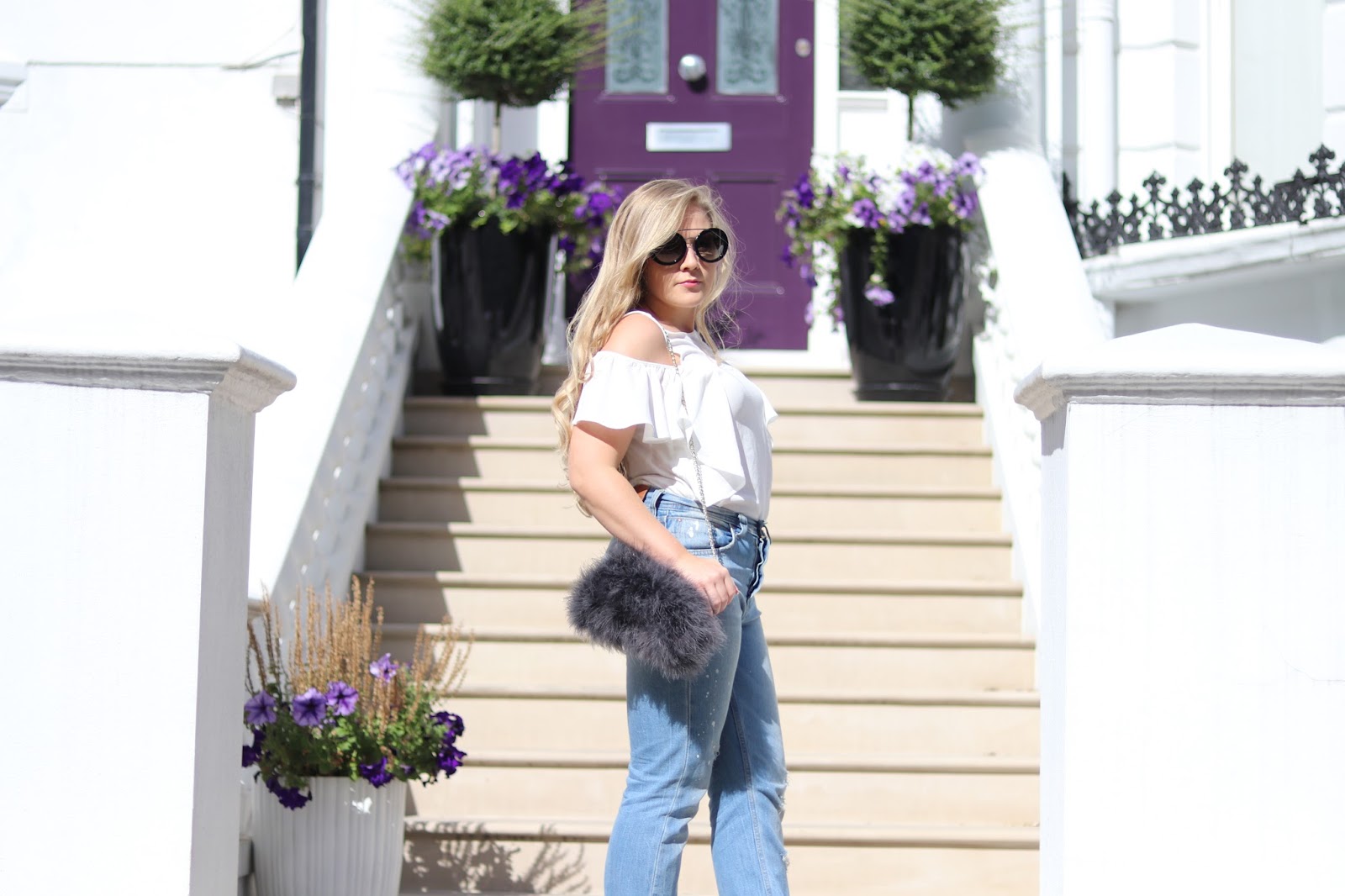 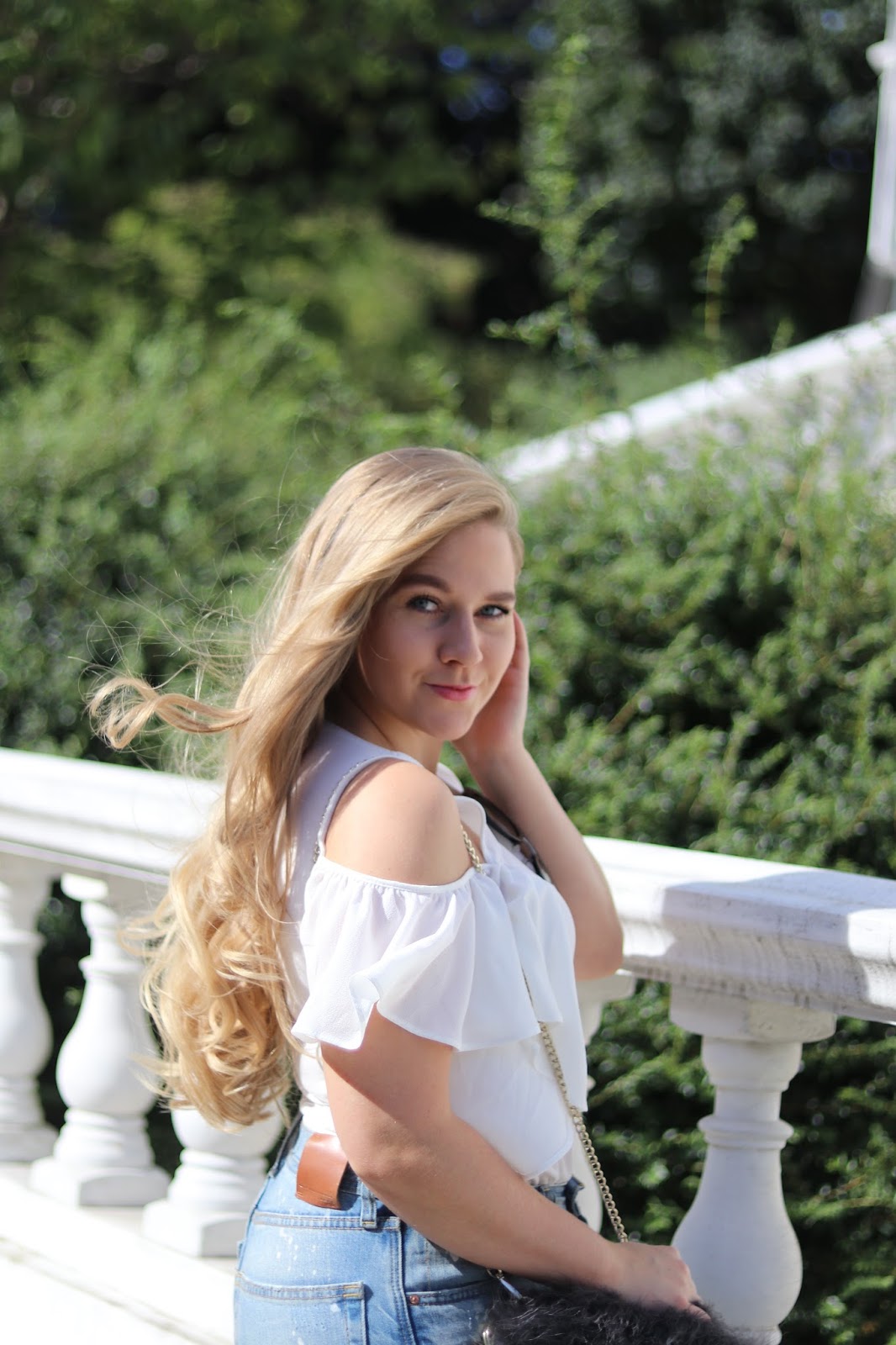 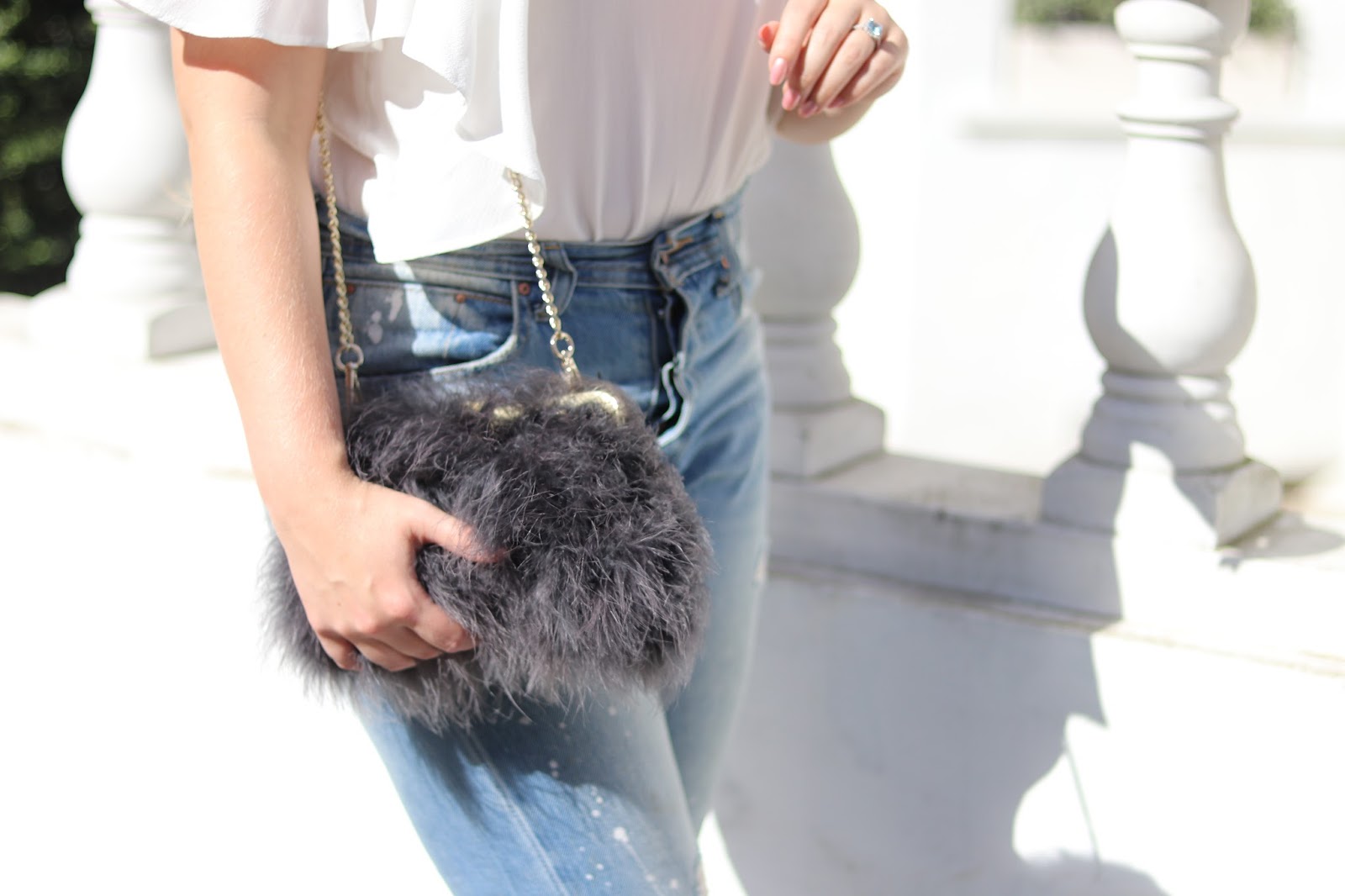 The thing I love about Olaplex is that it’s not one of these treatments that they tell you you need to use in every wash. They’re very honest about the fact that if you use it too much, your hair can go the other way and become more damaged so only using it once a month is encouraged whereas with the third step, using it once a week is best for optimum results. 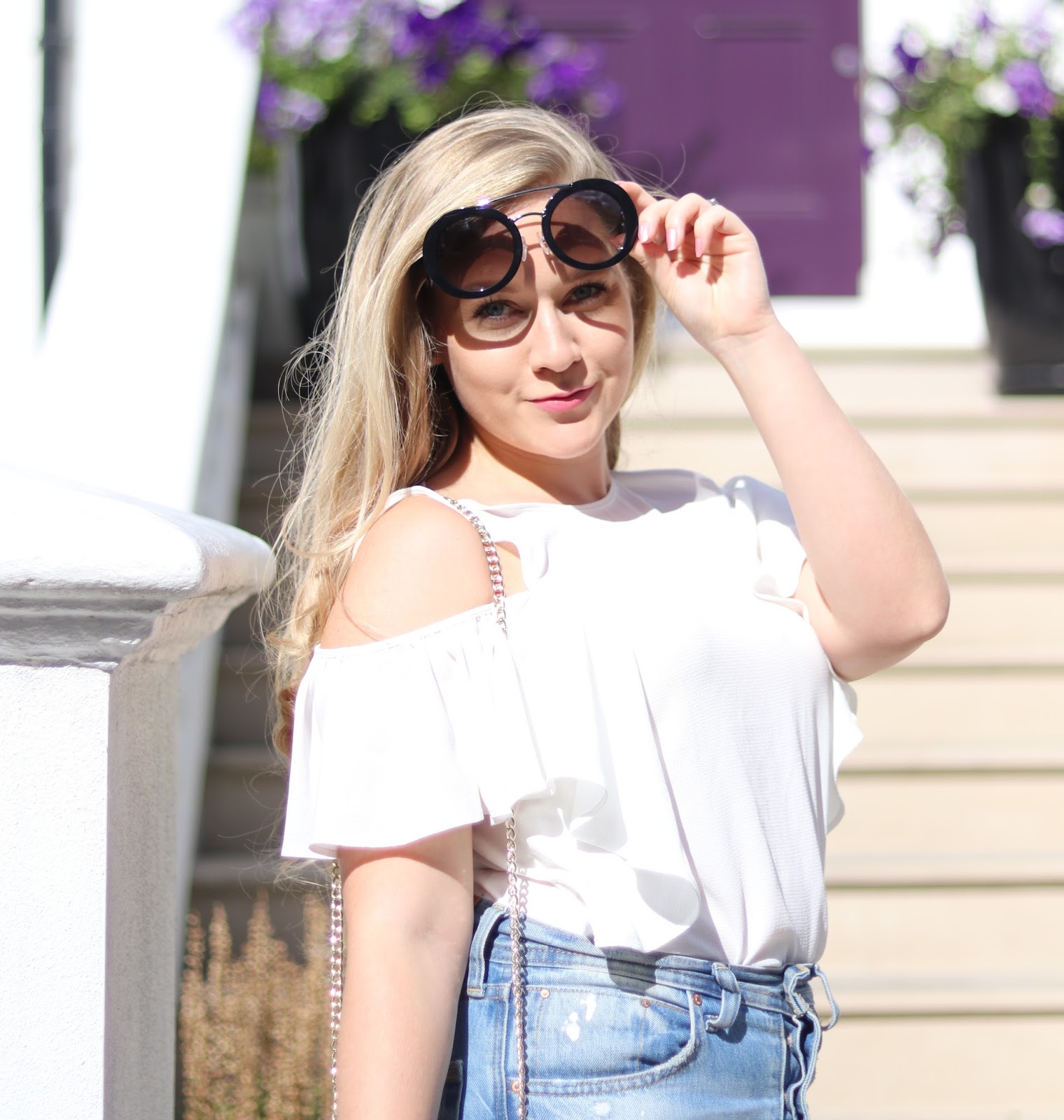 Have you ever tried Olaplex? What did you think, did it live up to the hype?