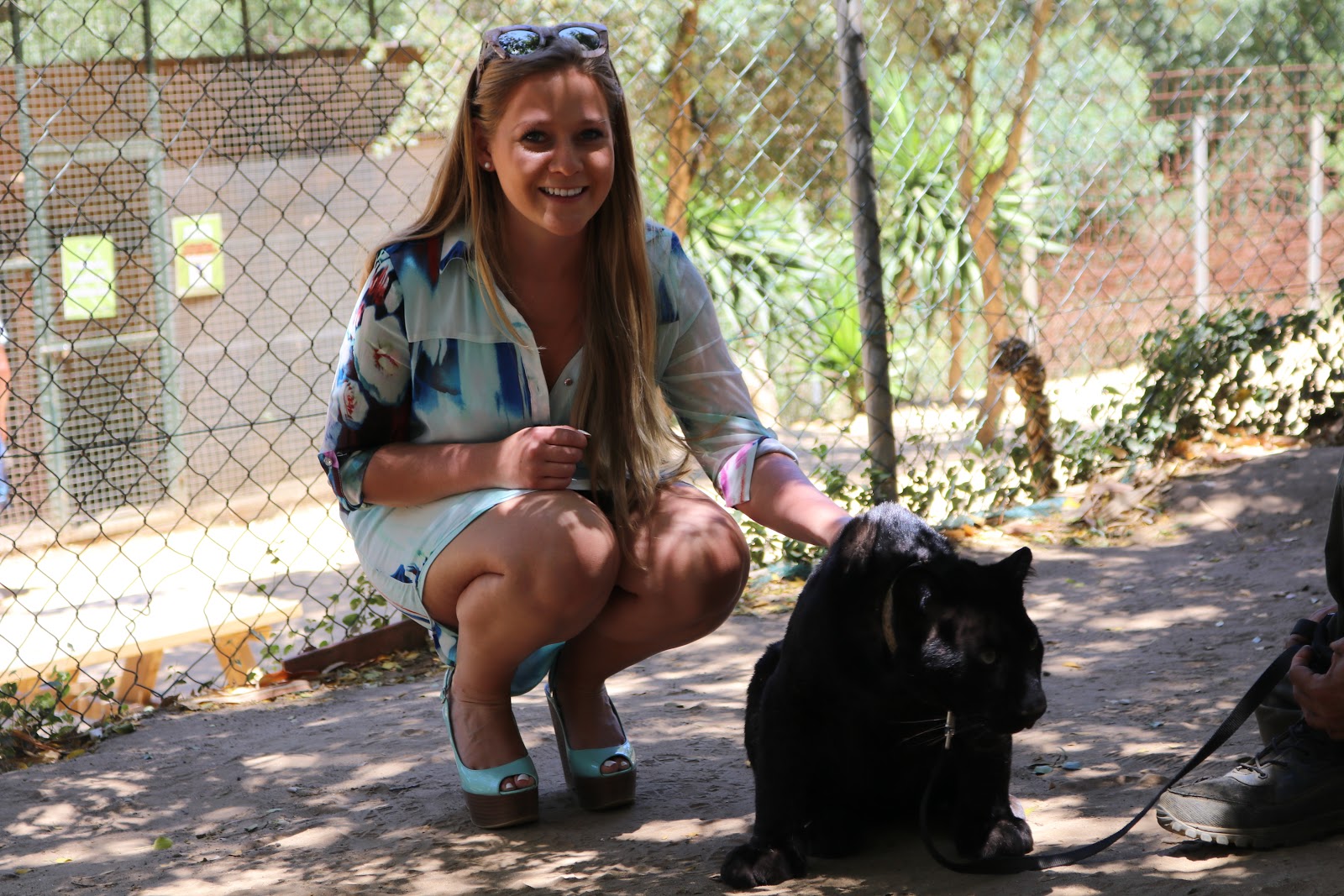 I have always loved animals. From since I can remember I’ve had pets, from rescuing pigeons to hatching out ducklings and raising them, to watching my dogs give birth to their puppies. I’m obsessed. It would be a dream come true to travel the world and create documentaries exploring the incredible species on this planet. So when Scarlet suggested we visit the Zoo de Castellar, to meet and interact with beautiful exotic animals, I couldn’t contain my excitement.

As soon as we arrived and entered the zoo, a beautiful Ocelot was sprawled out in the sunshine like a big kitten loving the attention. We were told not to go too near her mouth, as the teeth are sharp but were allowed to stroke her ridiculously soft fur as she purred away. 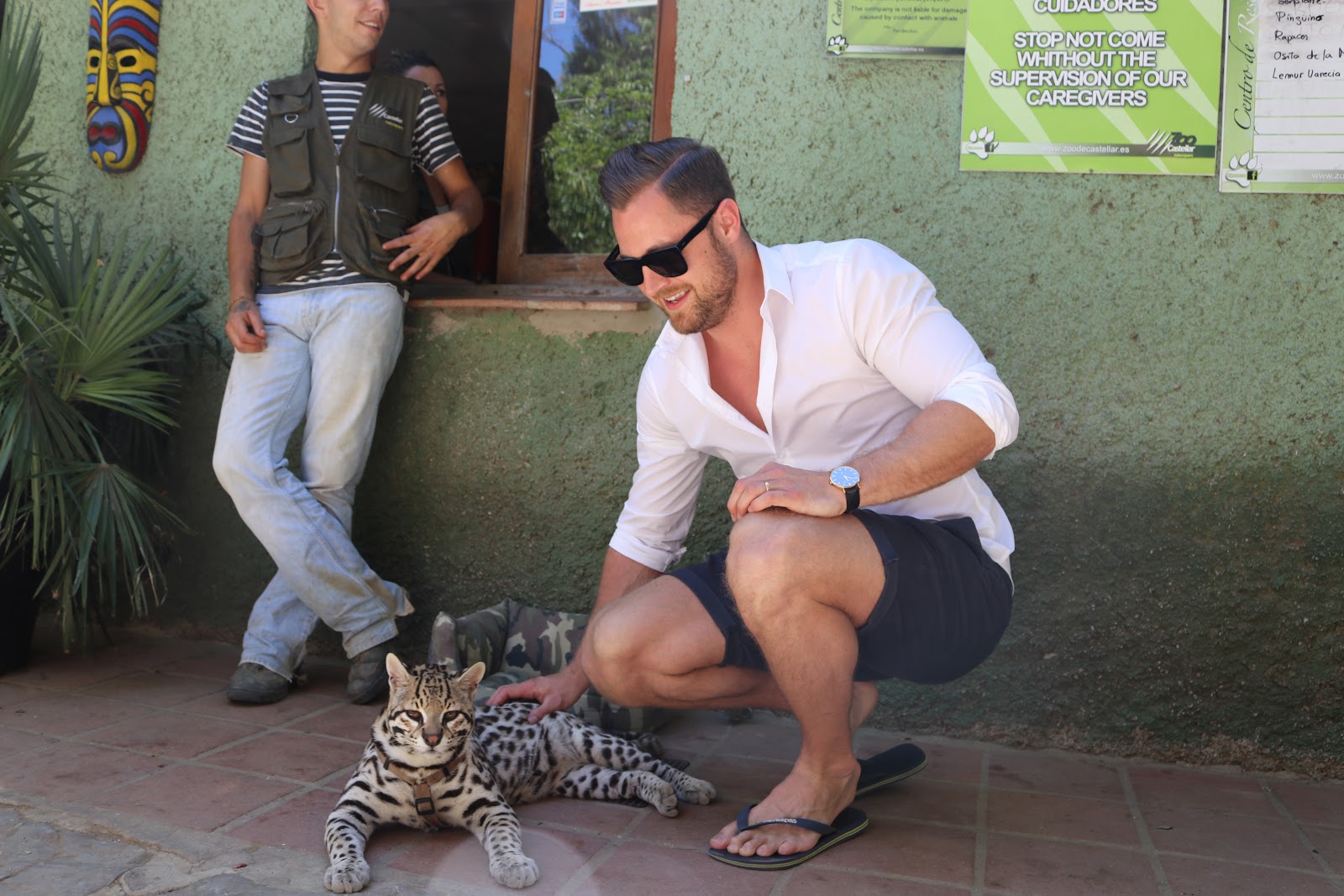 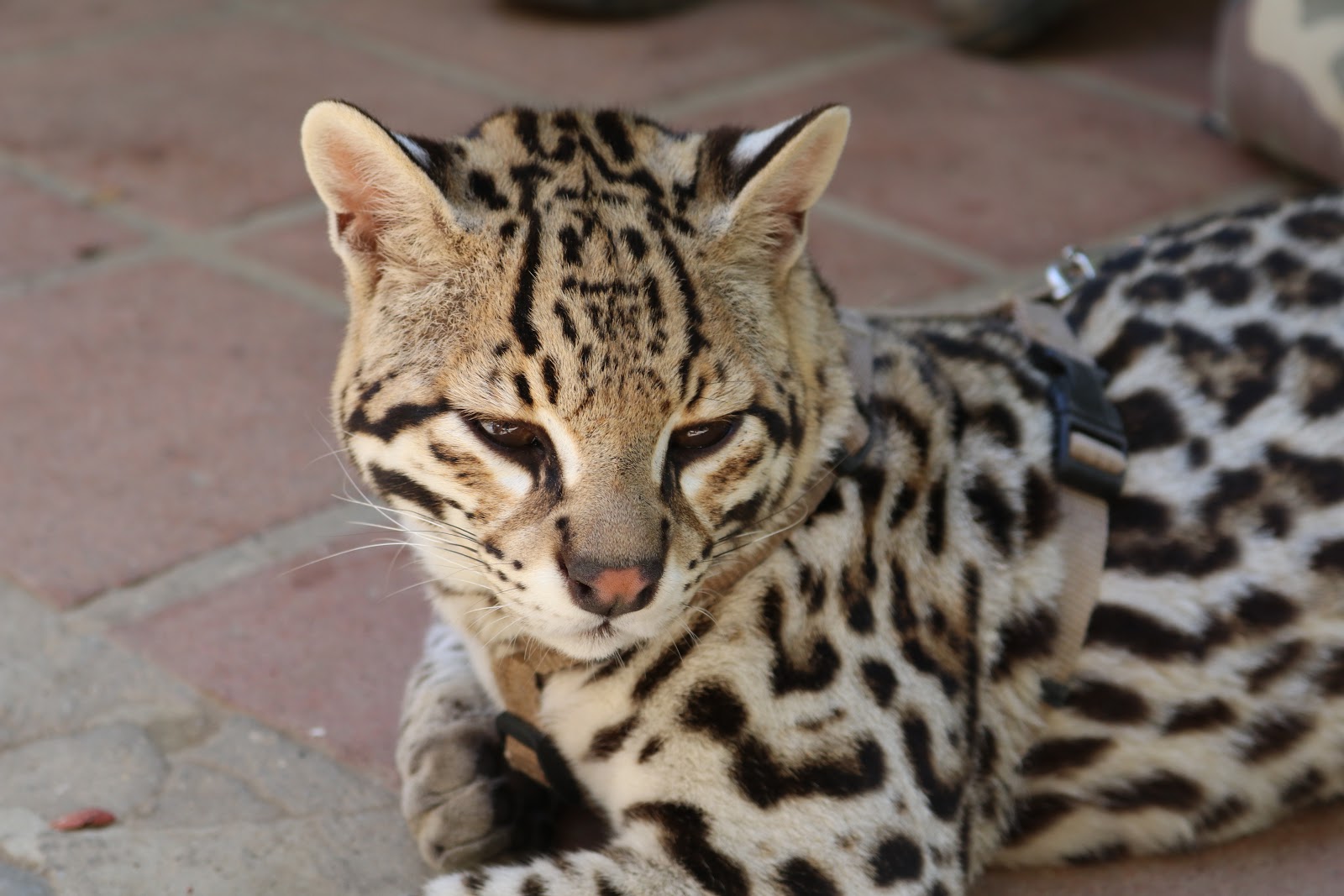 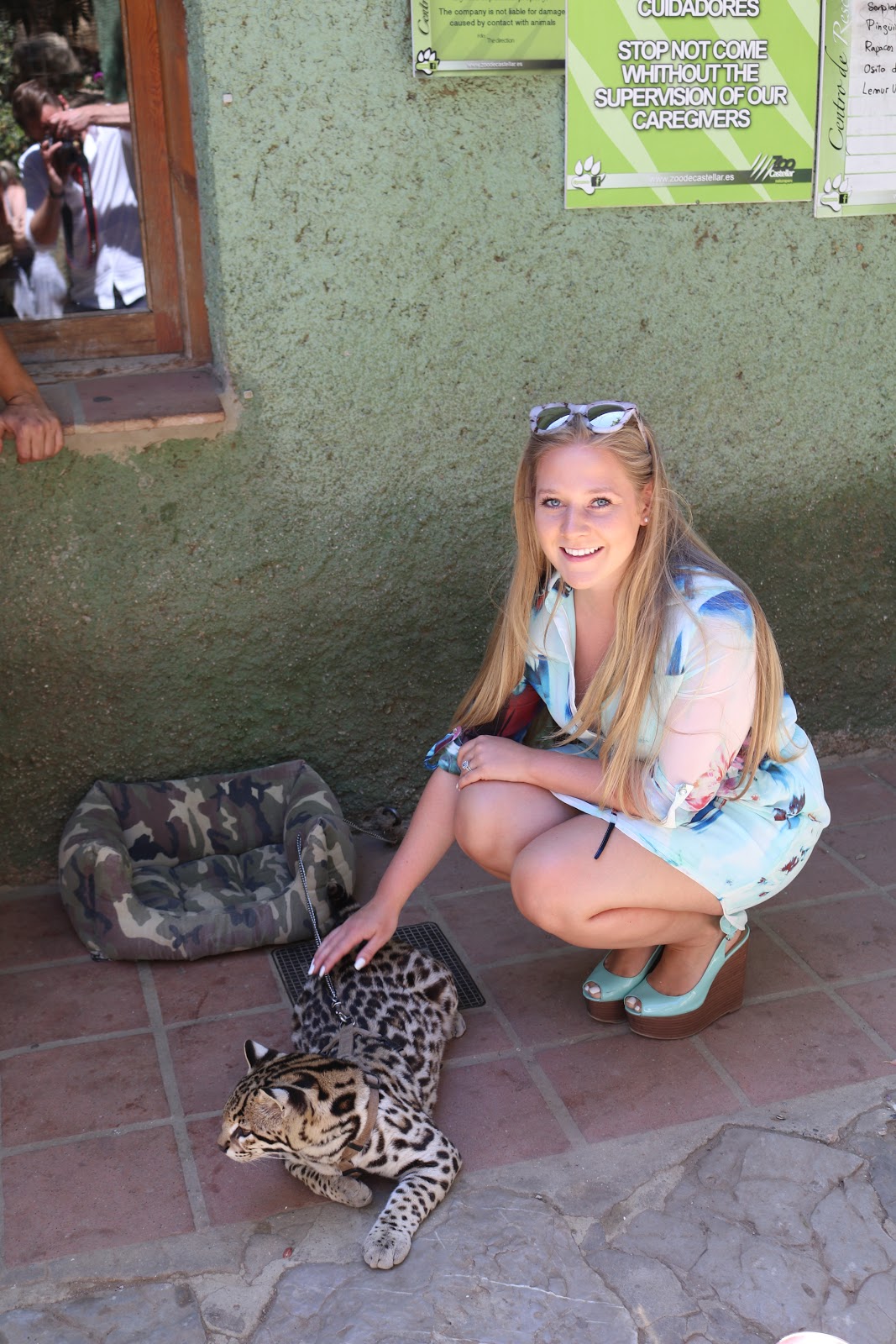 Immediately to our right, a gorgeous little monkey was darting about from shoulder to shoulder hugging each person’s arms, his tiny hands grabbing nuts, stealing food from their eager hands. 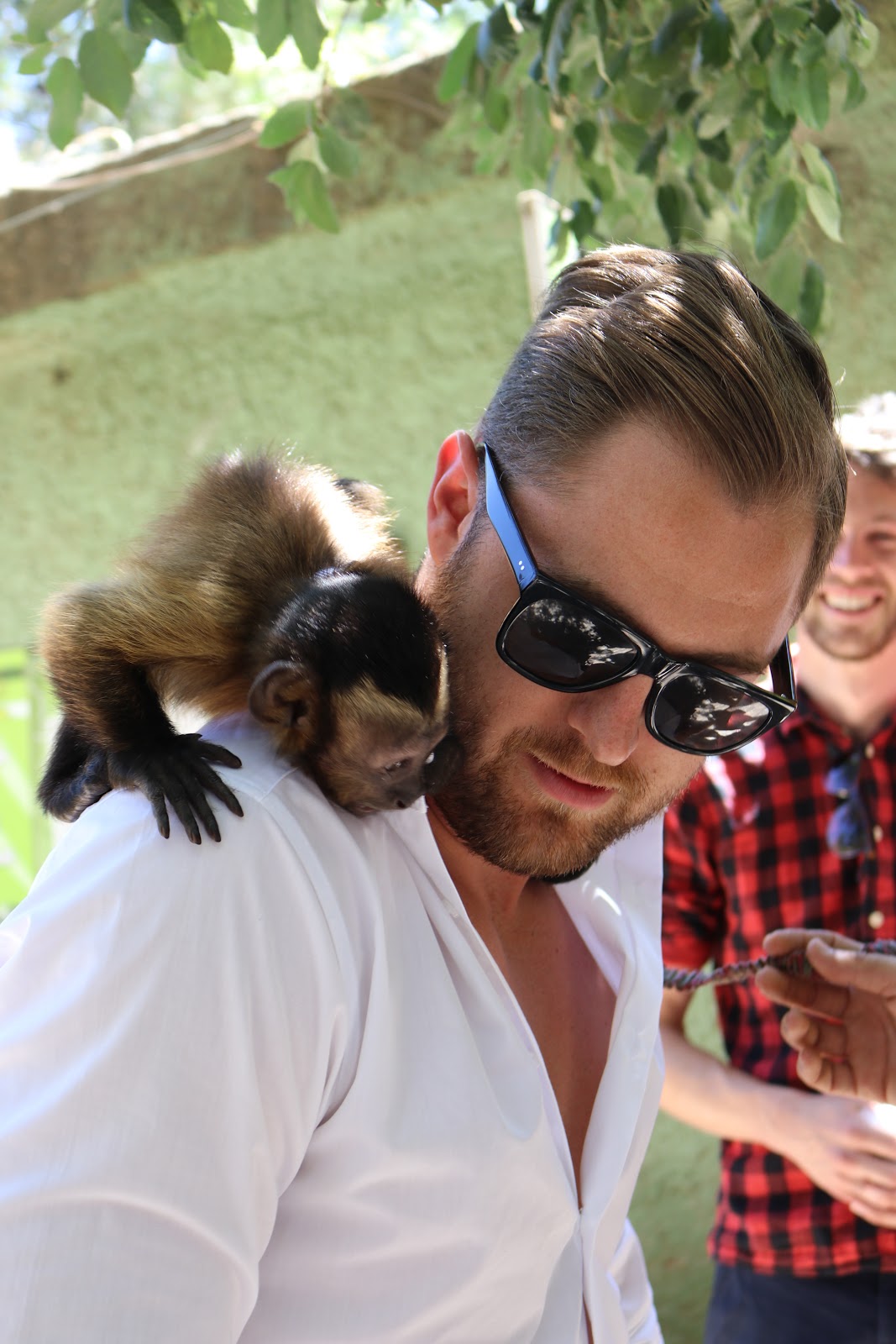 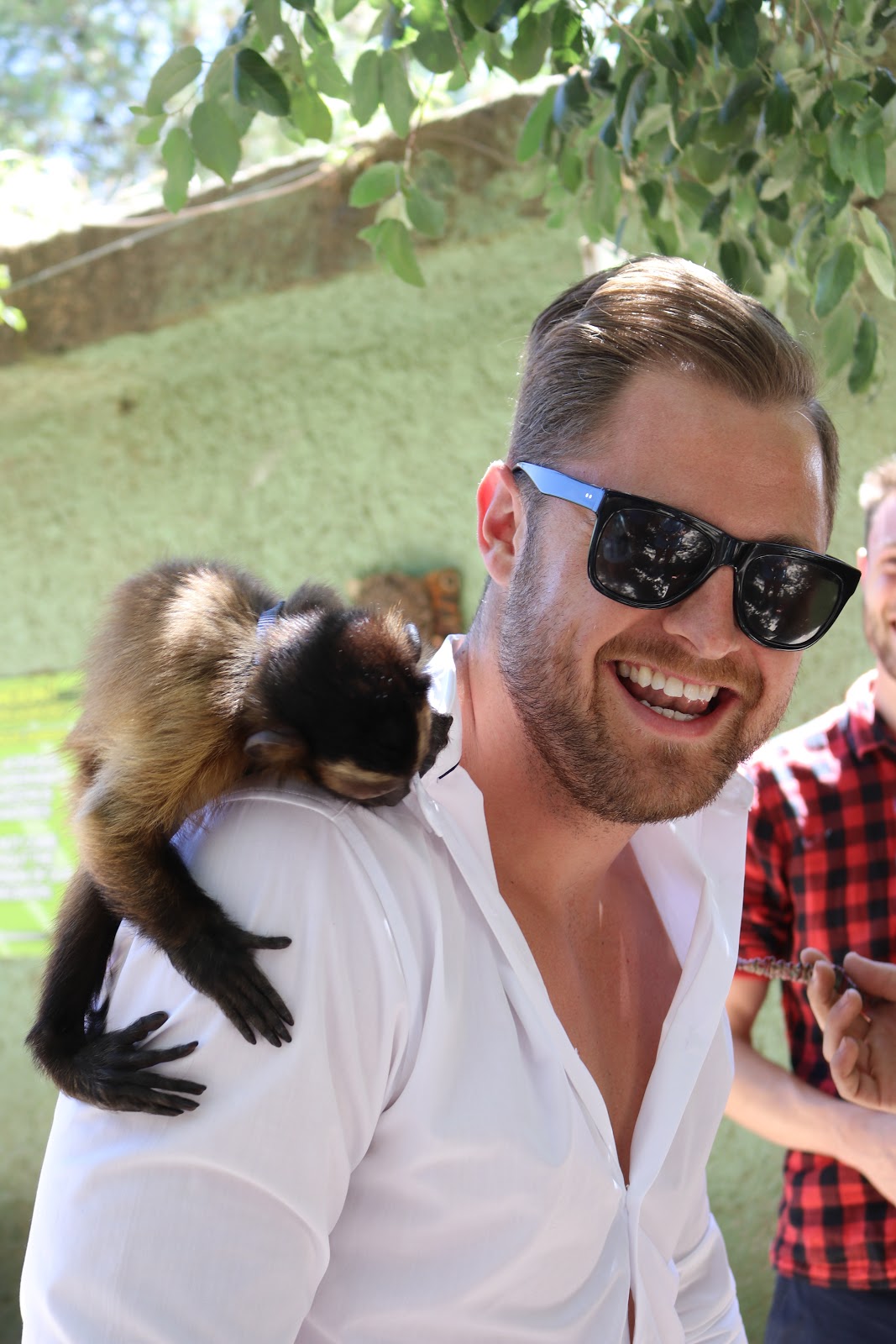 A strange noise dragged us away as we realised it was a rather large pig rooting around in the dirt for hidden treats. 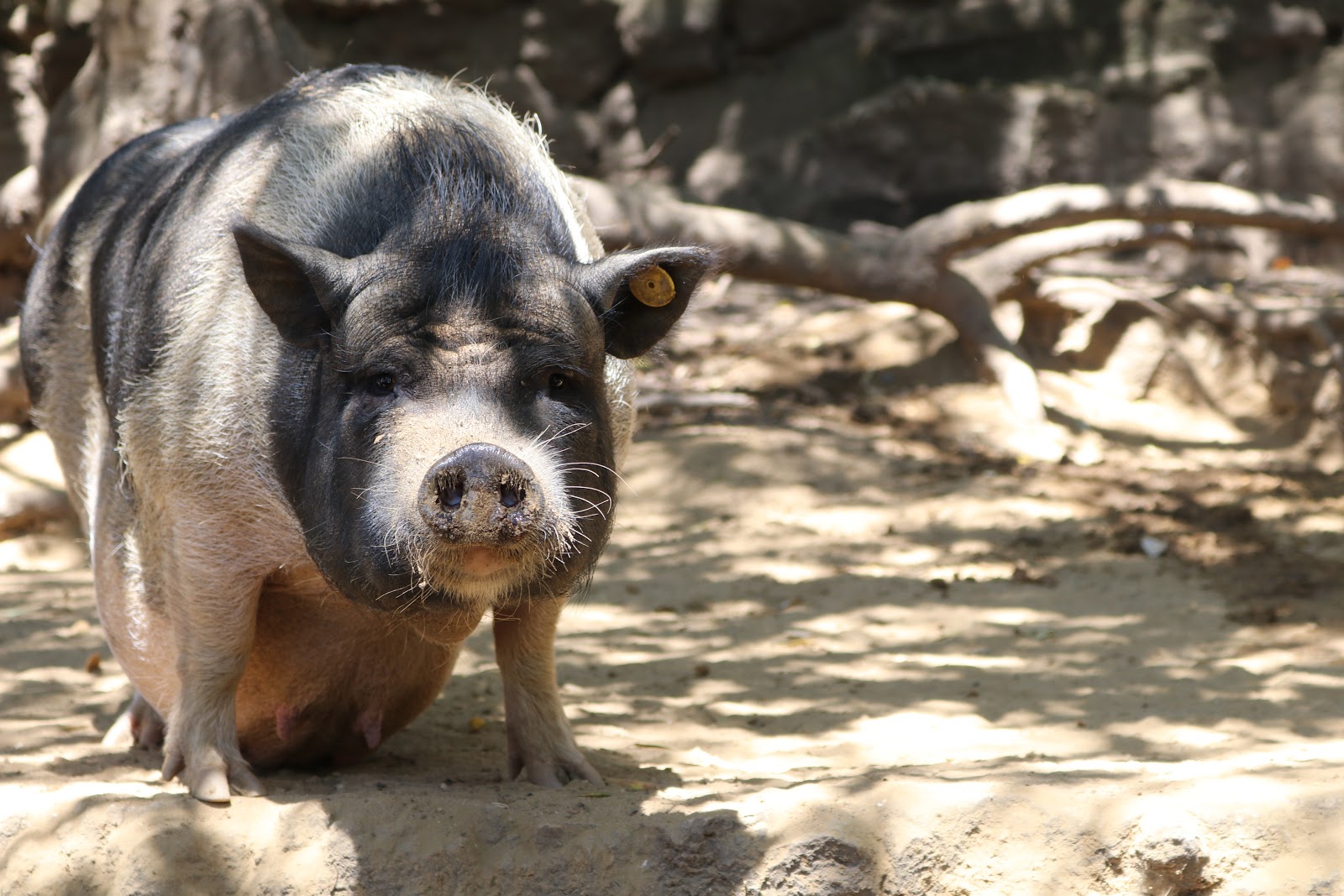 Following the paths round, we met all sorts of weird and wonderful creatures. Birds of Prey each standing proudly on their perches while a beautiful eagle allowed us to hold him on our arms. His piercing eyes darting around looking for unsuspecting prey. 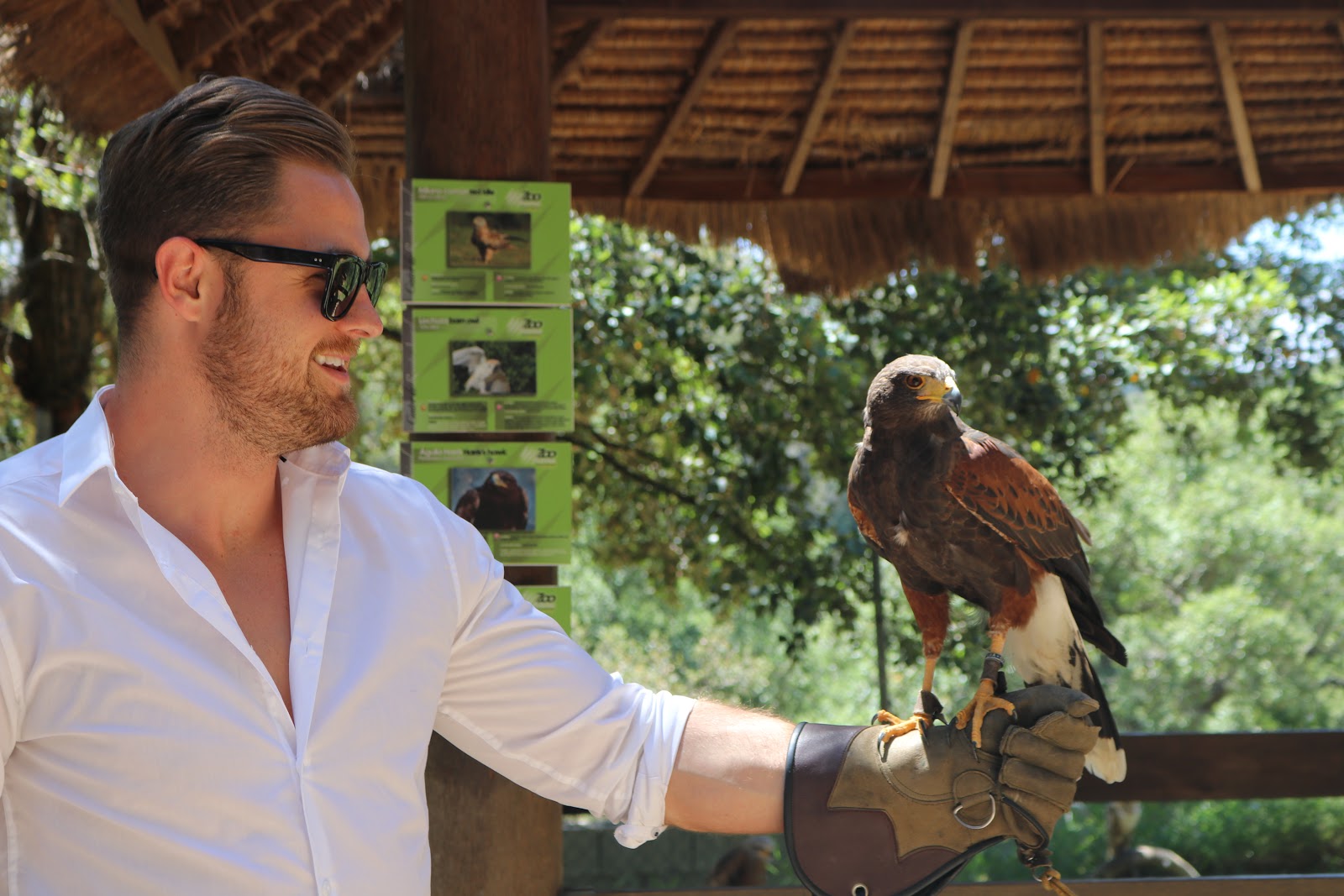 The beautiful thing about this zoo is that although you can hold the animals and it’s incredibly interactive, all of the animals have been rescued from other zoo’s or sanctuary’s around the world that have closed down or run out of funding. Sadly, these animals will never be re-released into the wild because the majority of them would have been bred in captivity and have not developed the skills required to live in the wild, but the zoo ensures that they receive the best care and life available to them.

Just recently, a litter of tiger cubs was born in the zoo, although when we were there, they were tucked right out of the prying eyes of the tourists comfortably playing in an enclosure with their mum while their dad proudly watched on from an enclosure next door. We weren’t too upset that we couldn’t cuddle them, as little monkeys scurried about in runs above our heads and Peacocks paraded around the walkways. 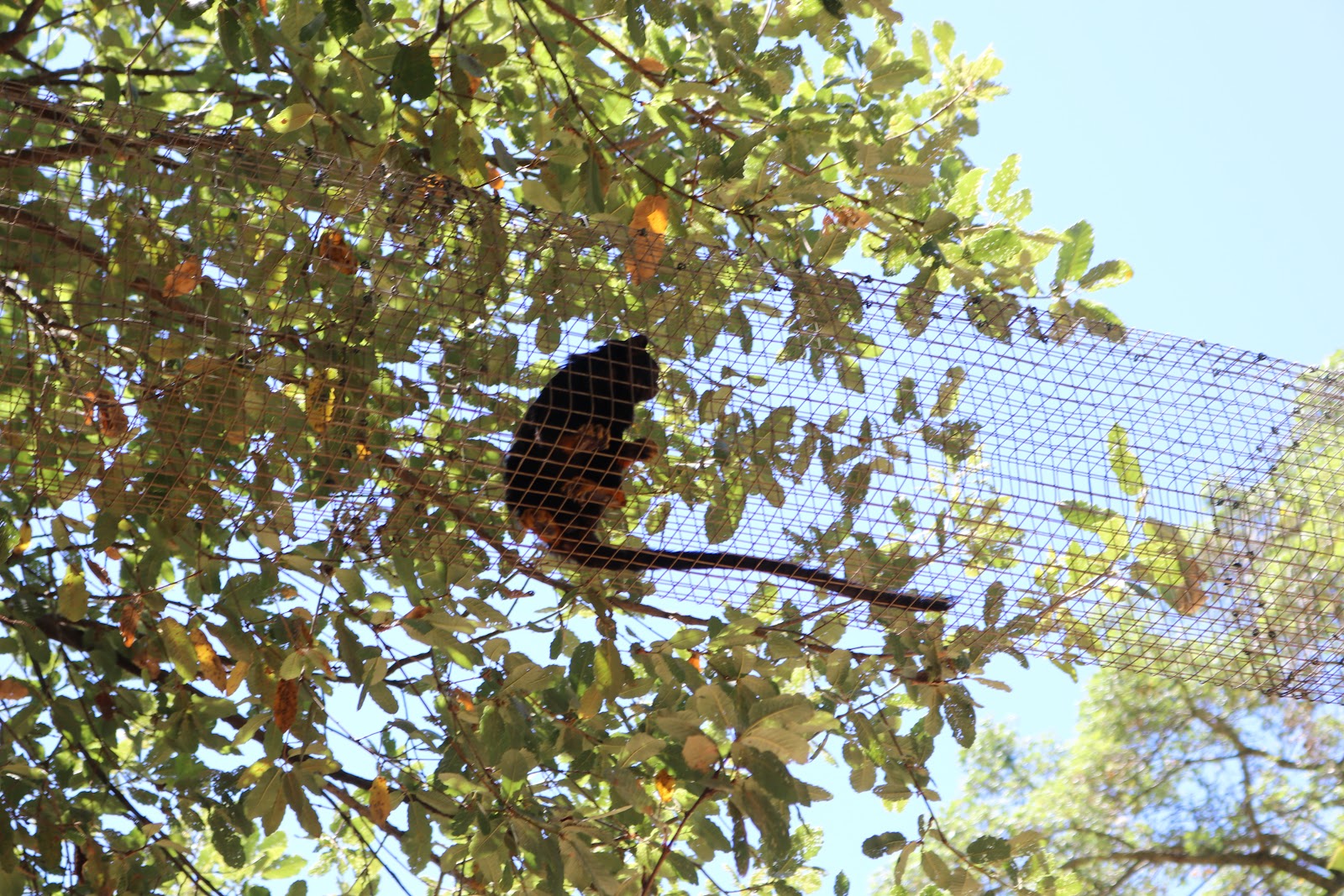 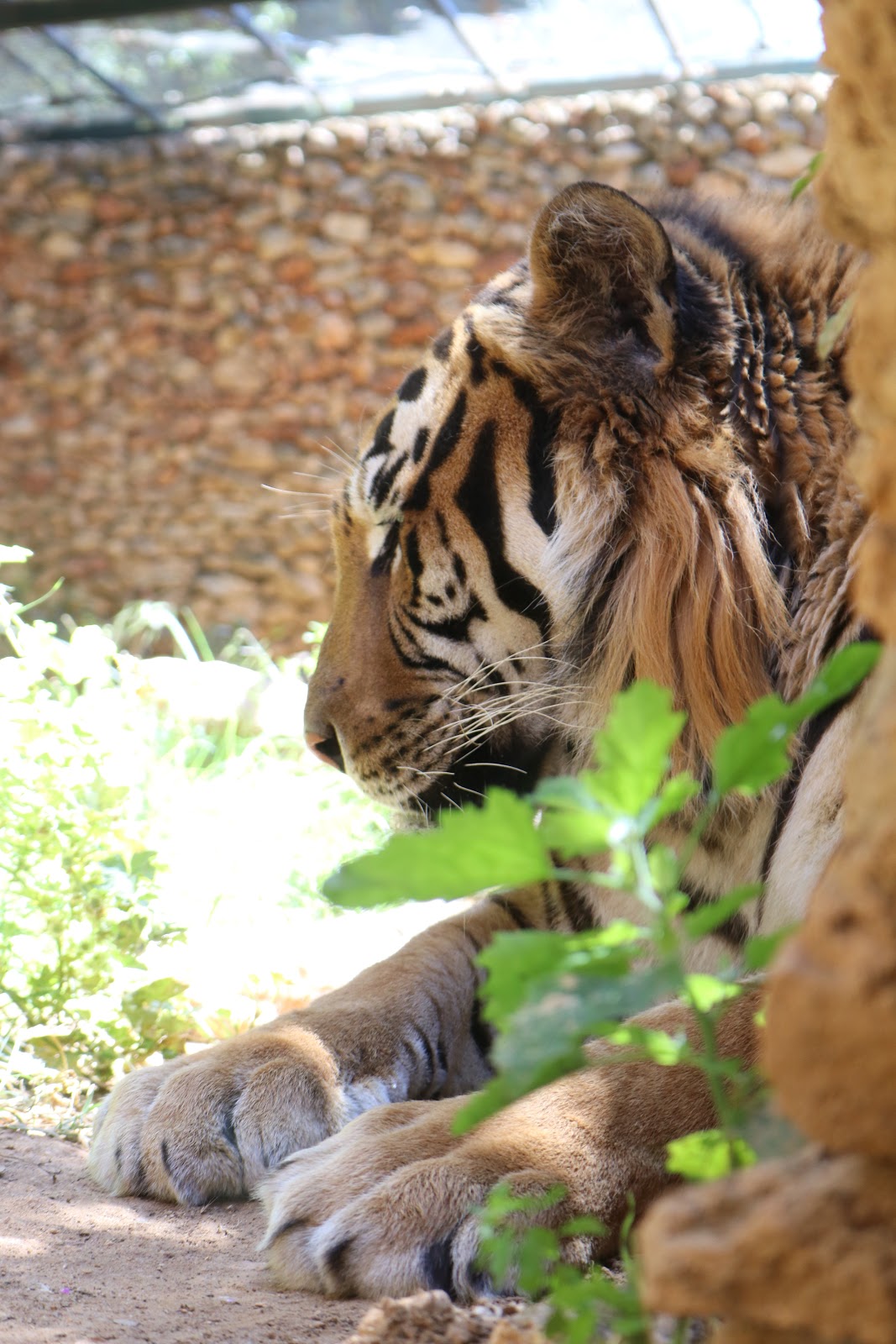 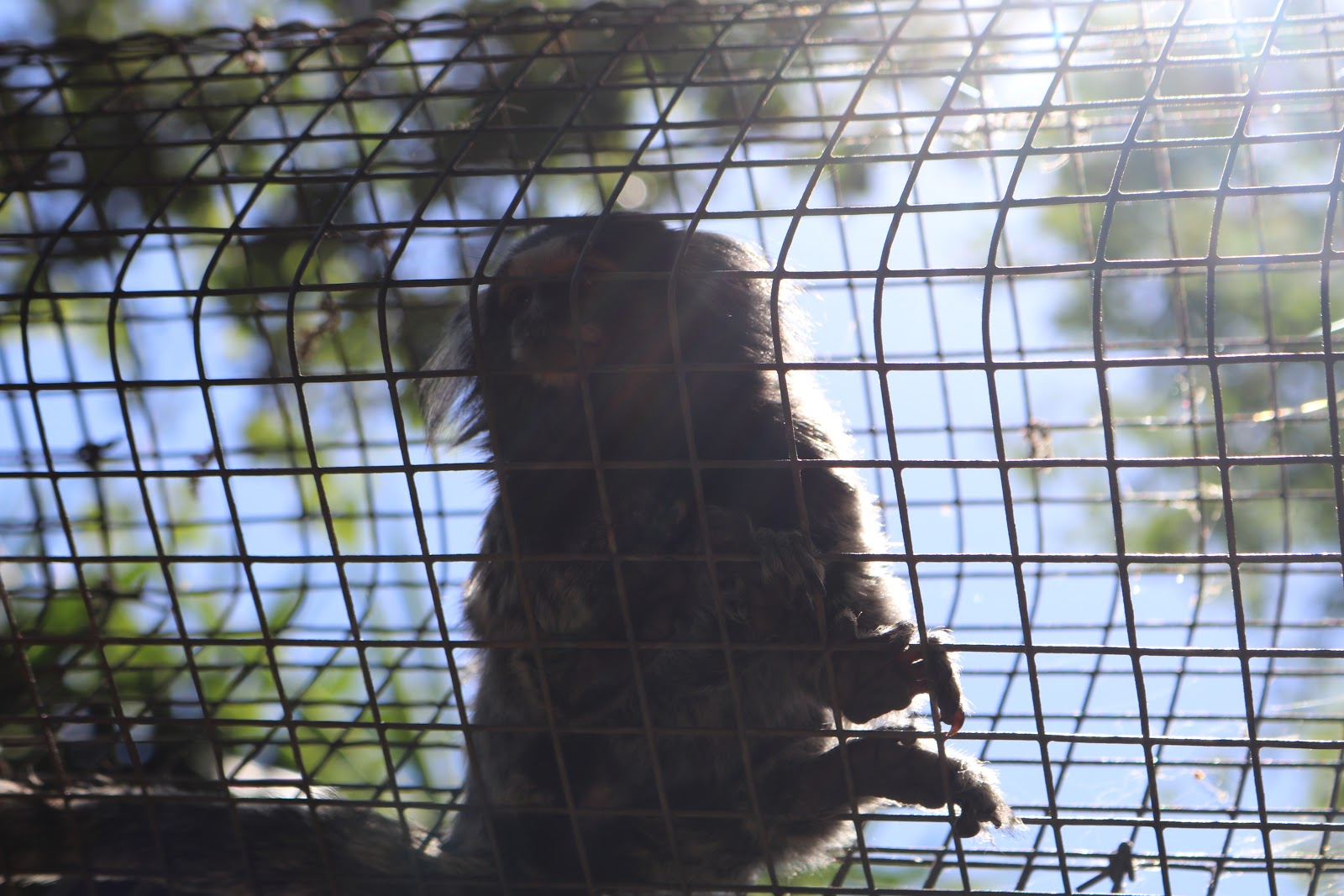 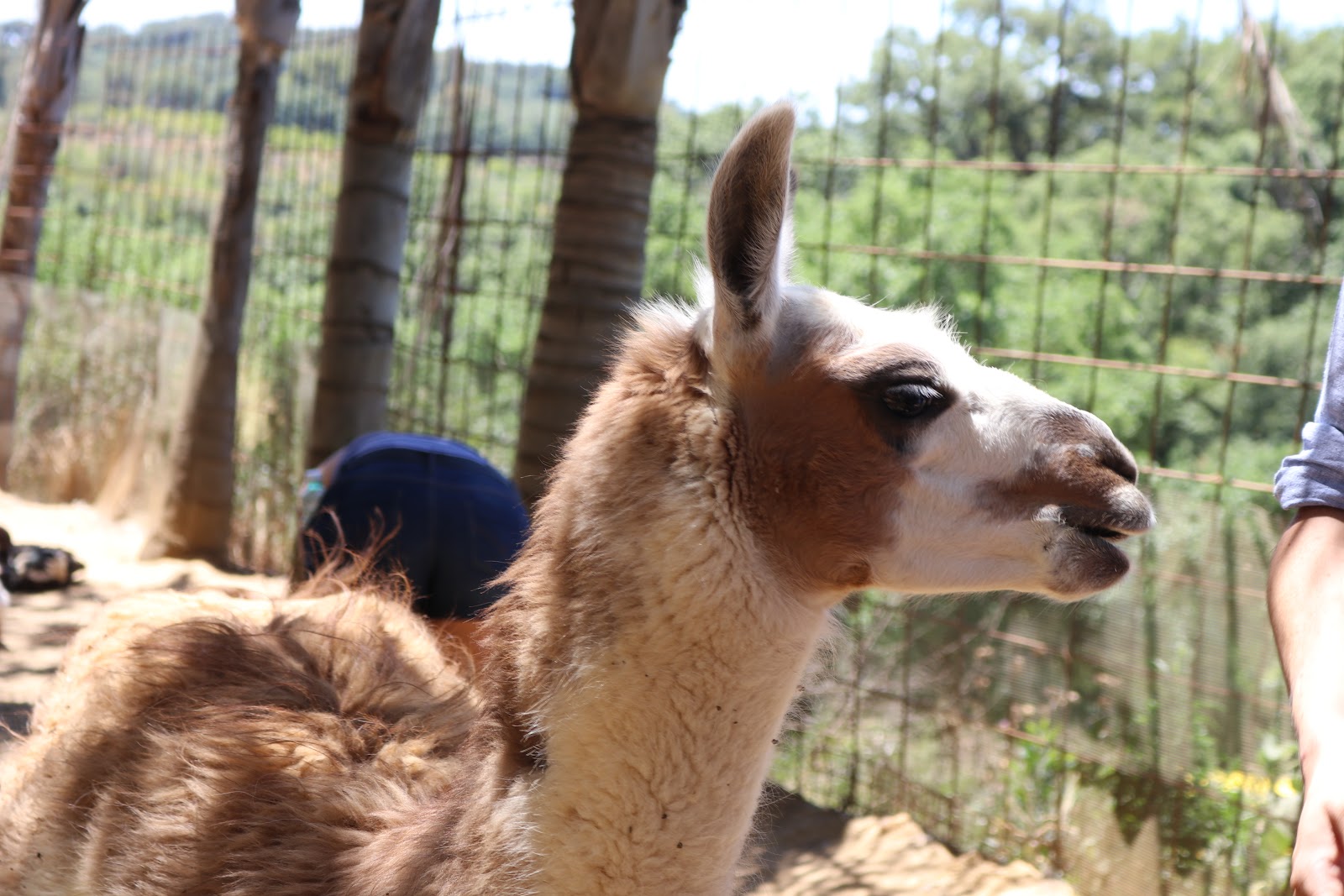 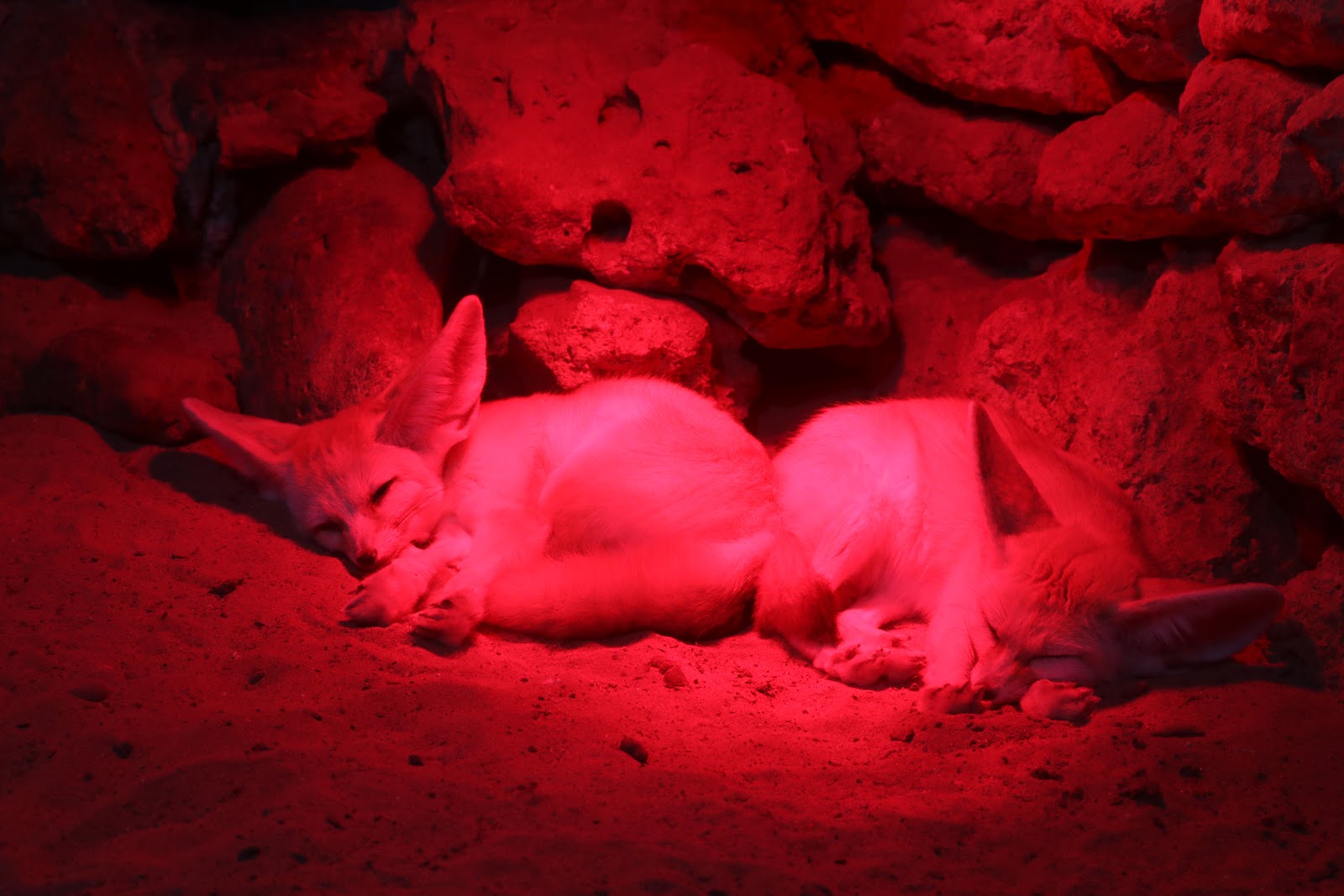 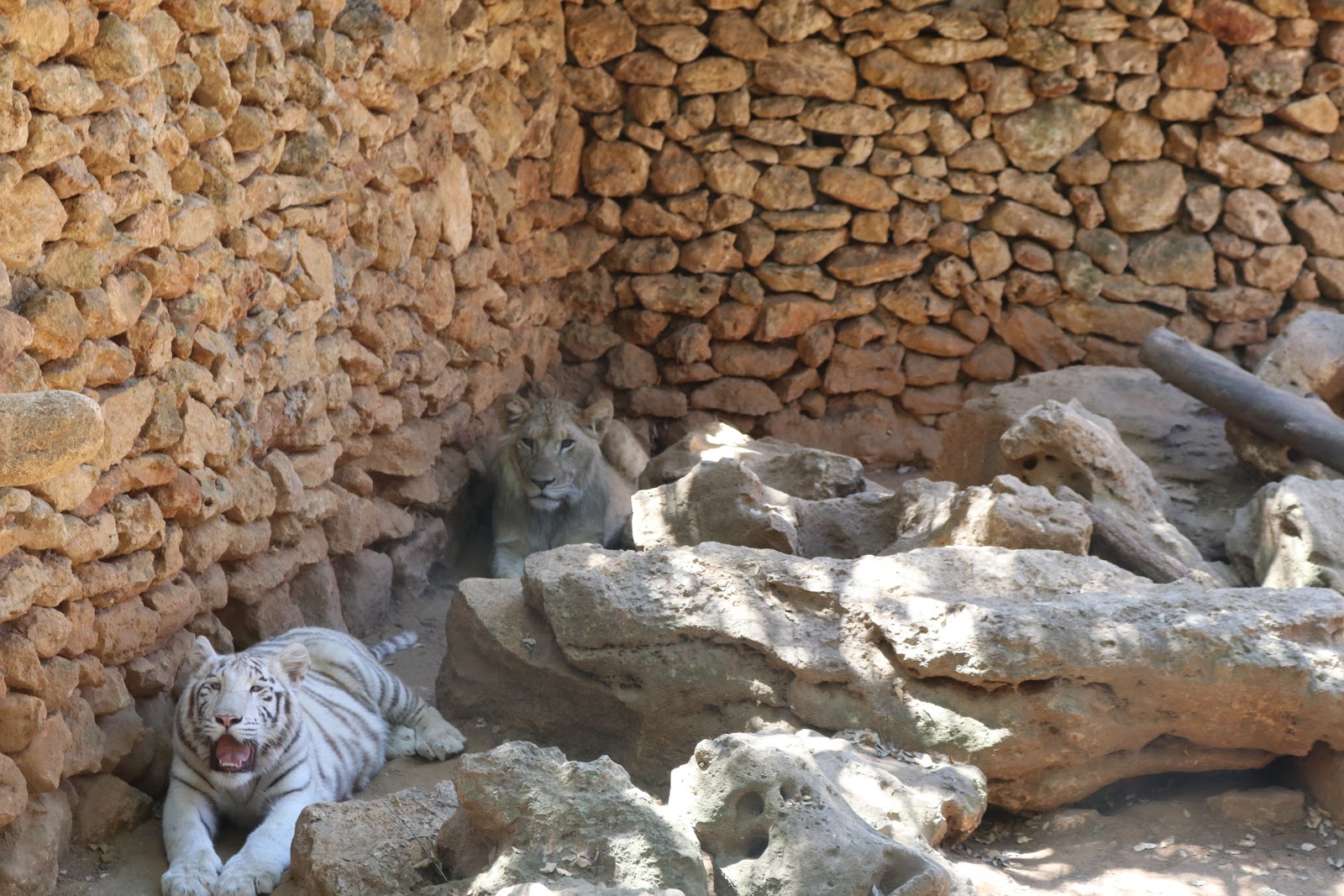 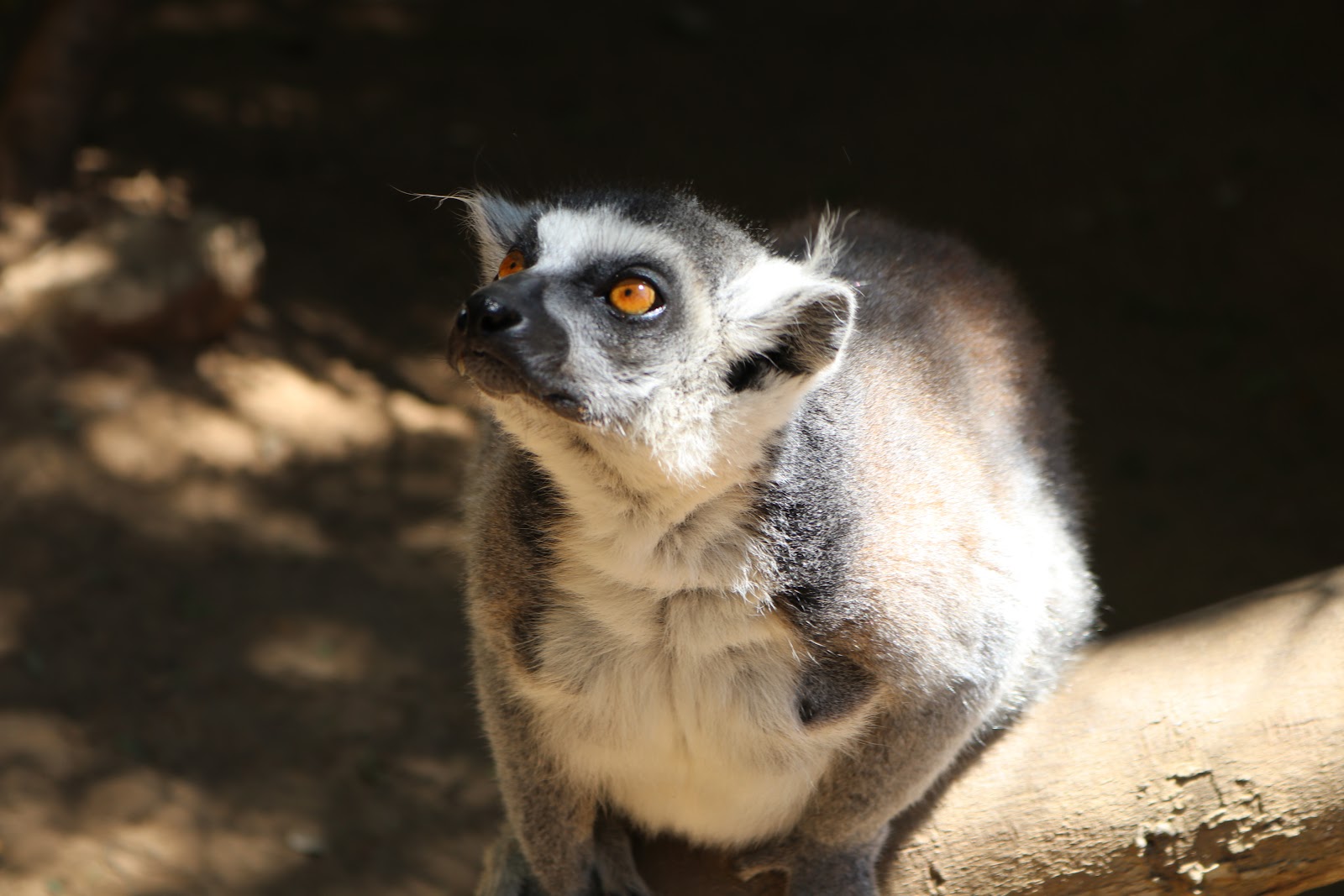 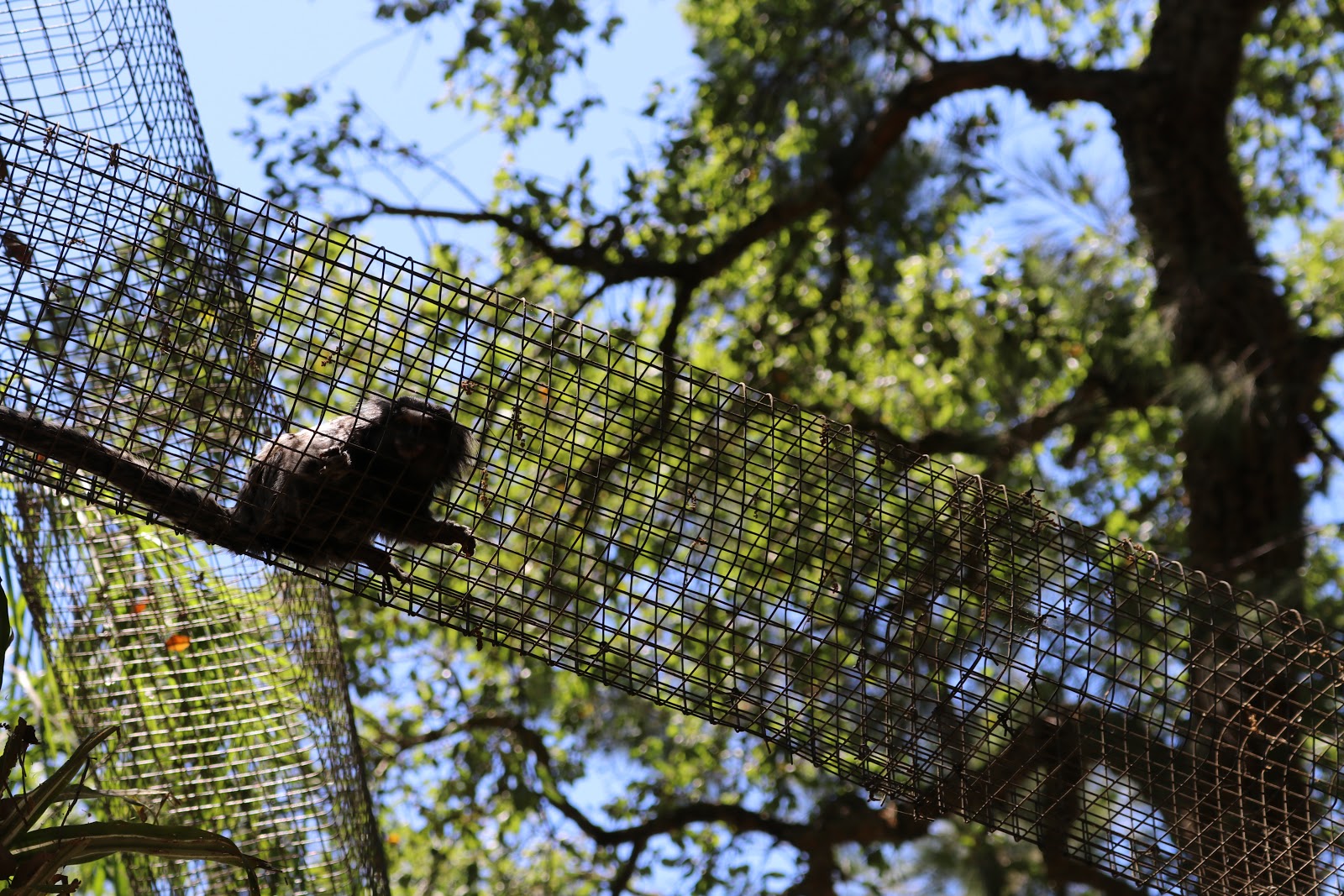 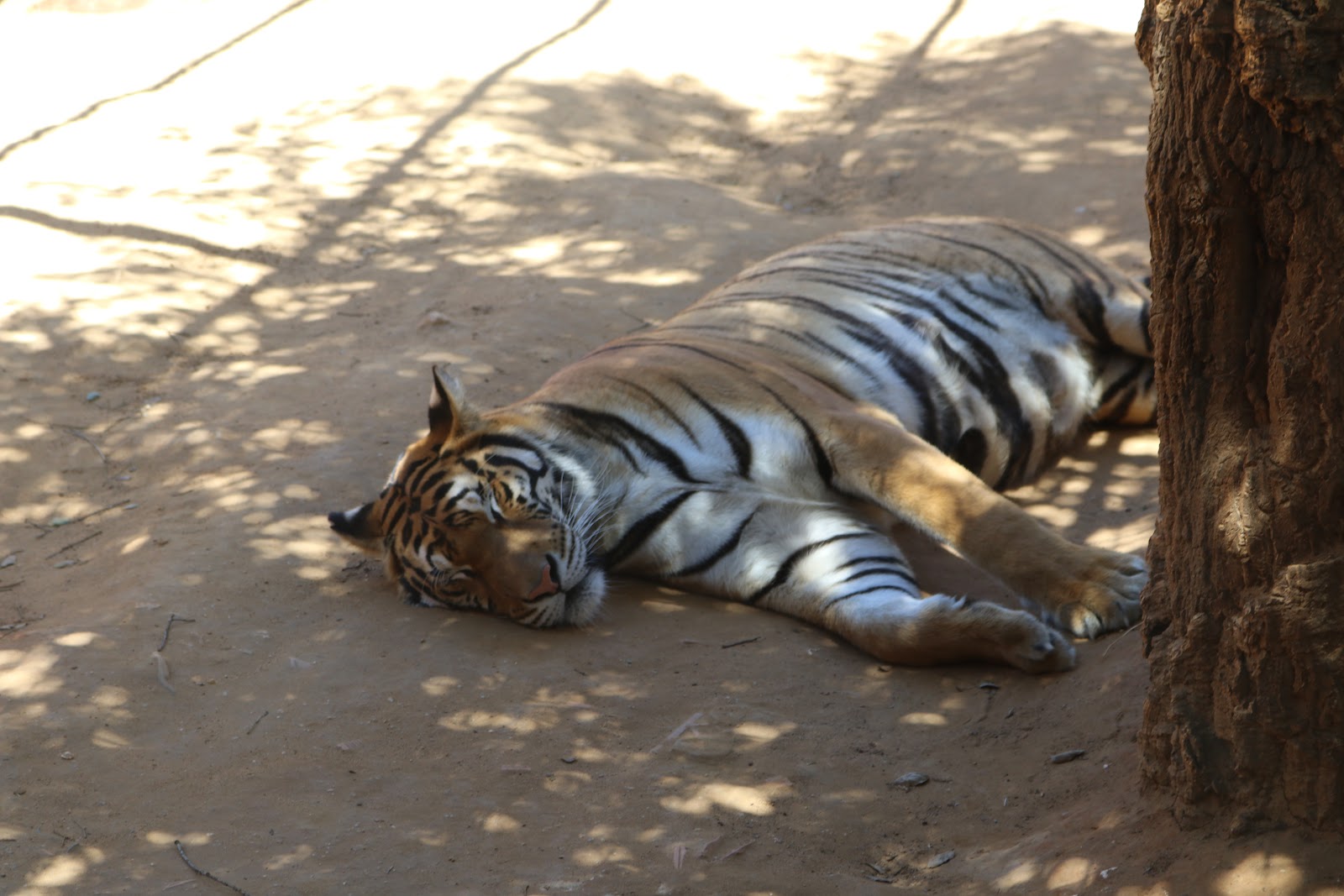 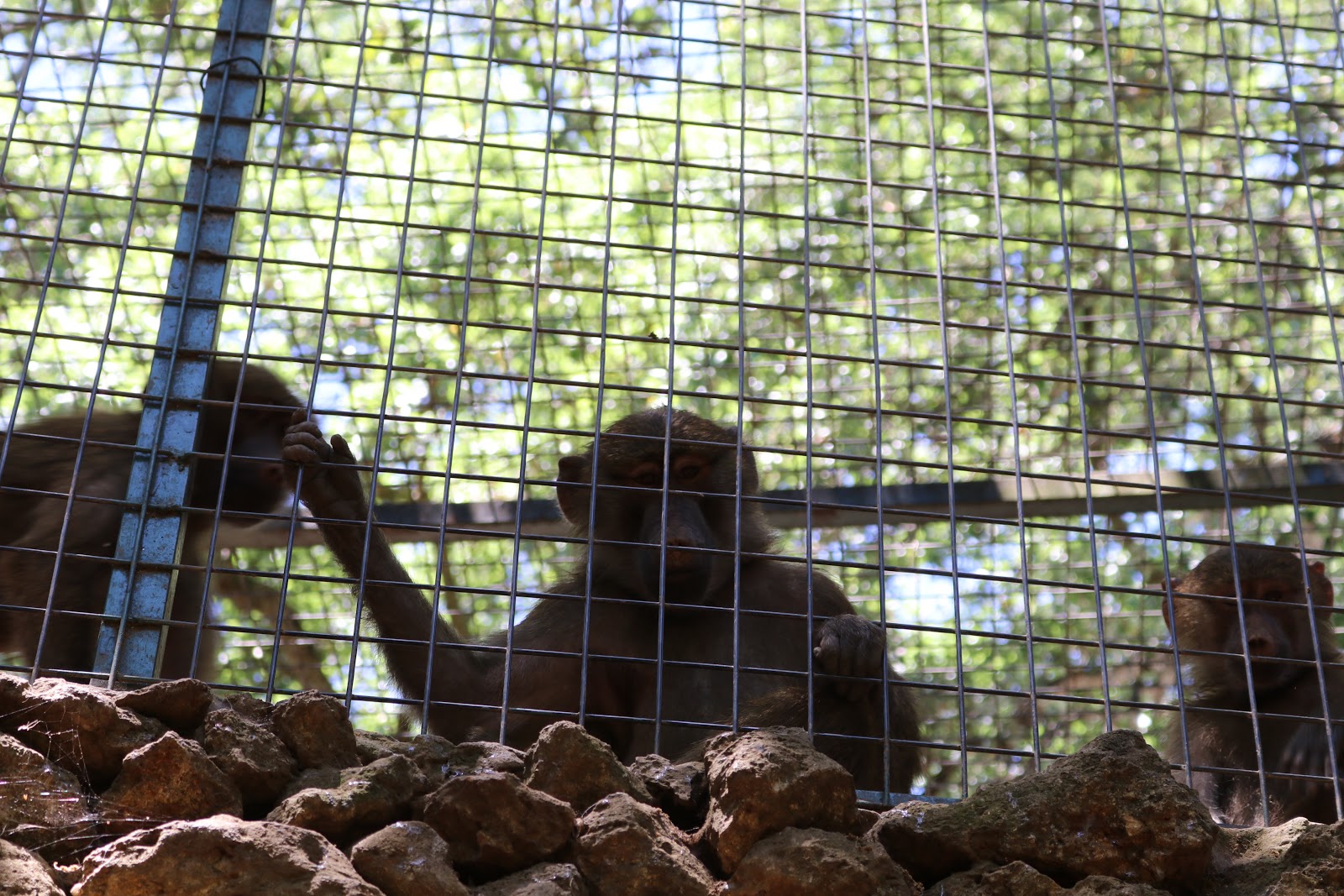 After we had said hello each animal in their enclosure, we came across an opening where to my absolute surprise and delight, a panther was walking around with her keeper play fighting and jumping up the trees. The most beautiful creature I have ever seen and something I had always wanted to meet. Interestingly enough, a panther is not a species, but a random and rare genetic fault that causes the fur to be black rather than blonde with spots – it’s so beautiful. 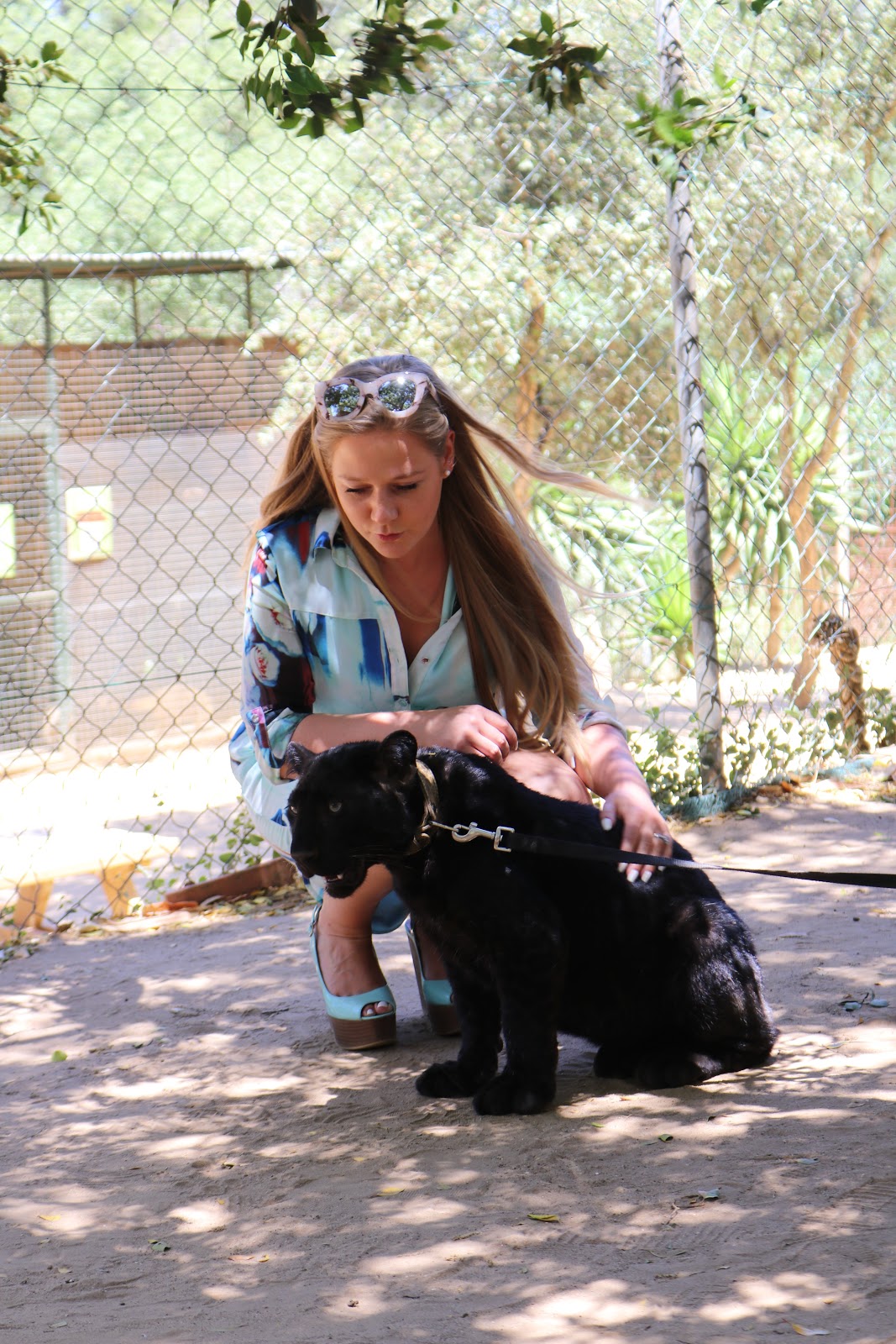 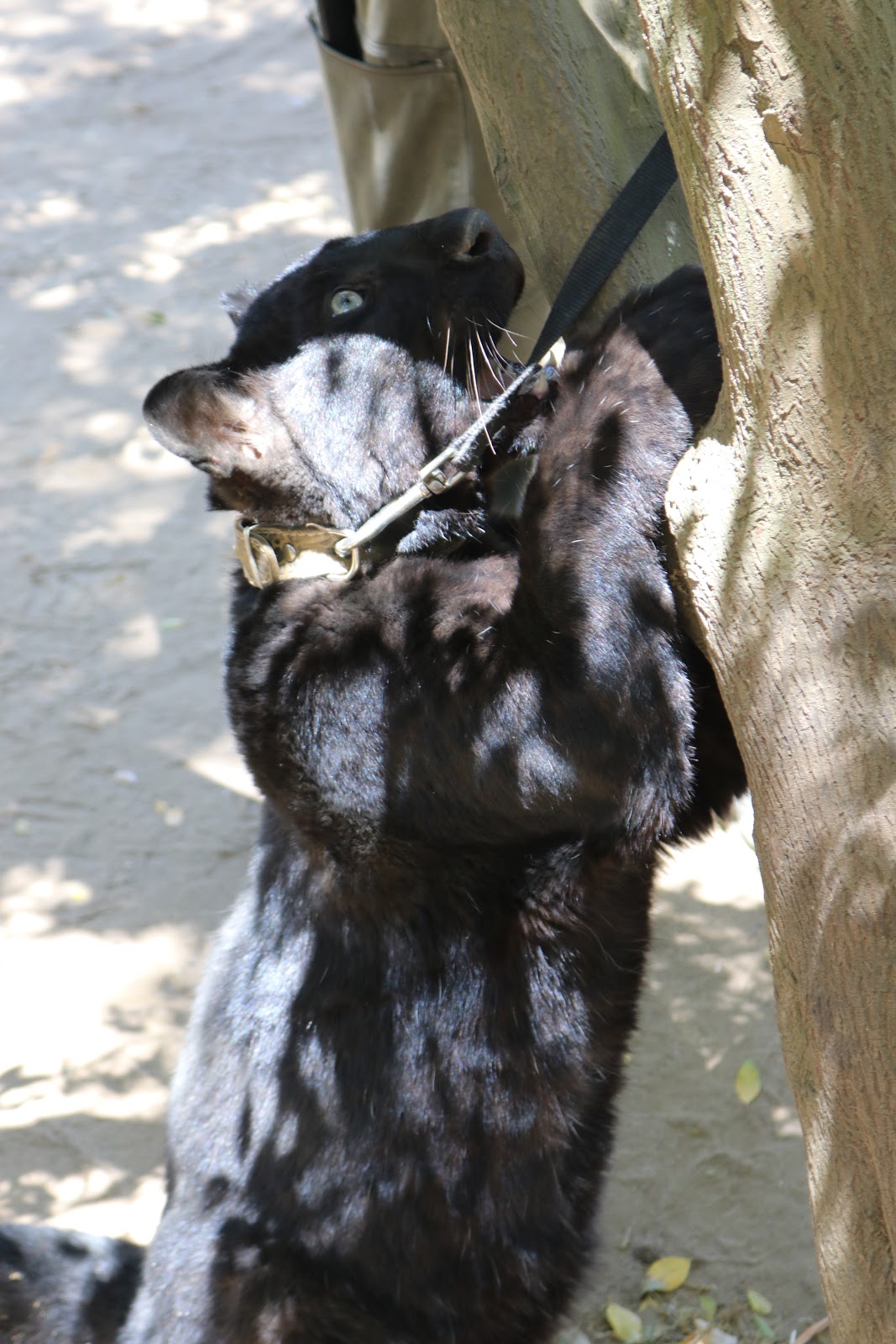 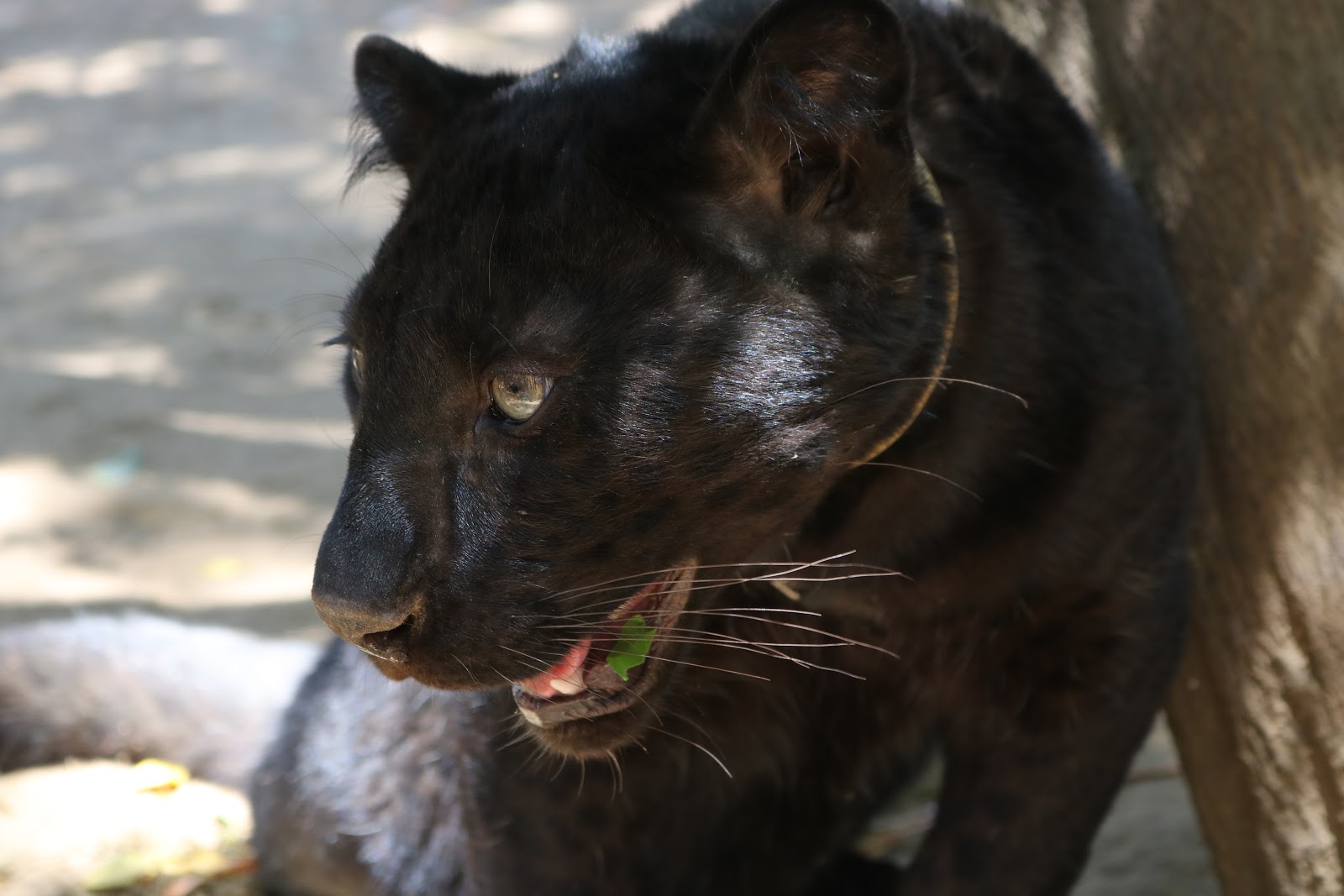 We also got to meet Scarlet’s favourite animal, the Kinkajou or Honey Bear. It sleeps all day and wakes up between 7pm and midnight for just a few hours to eat. We (Scarlet mainly) sat there for a good 45 minutes before we decided it was about time for some lunch. 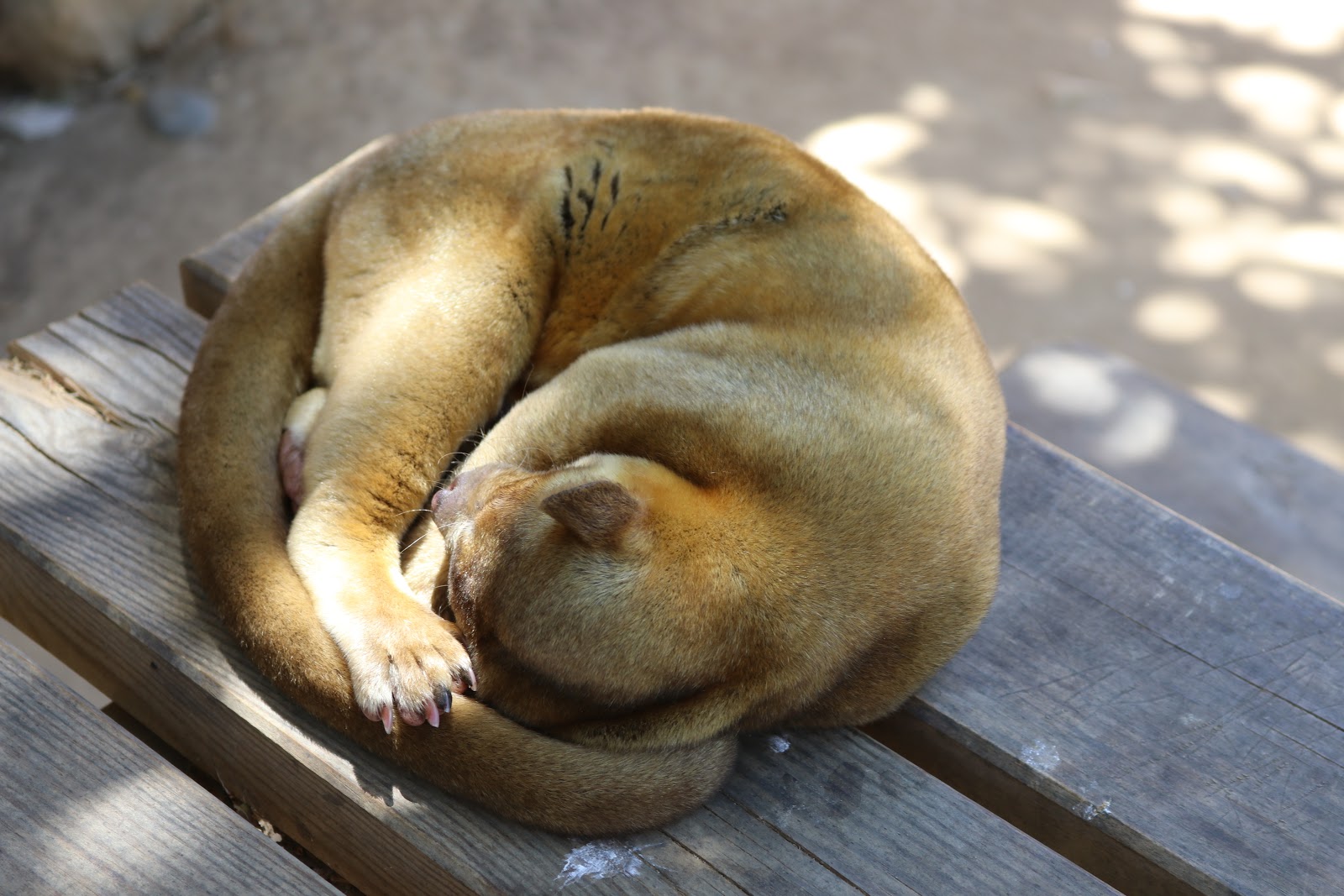 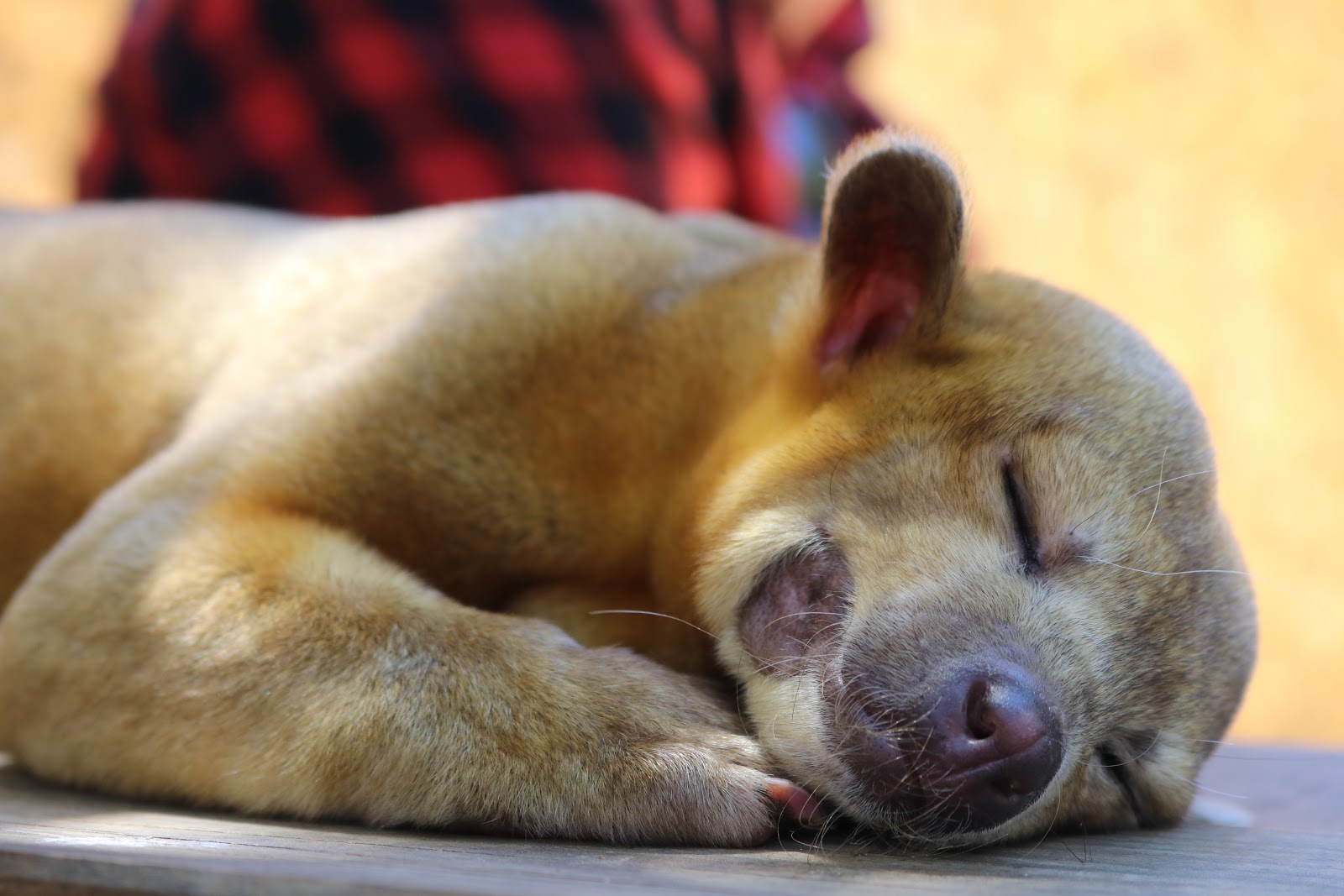 We drove back to Sotogrande for a delicious sharer lunch at Mar Sana with the most beautiful view before heading to Bahia Limon to spend the rest of the afternoon drinking cocktails on the beach before having to catch our flight back to London. 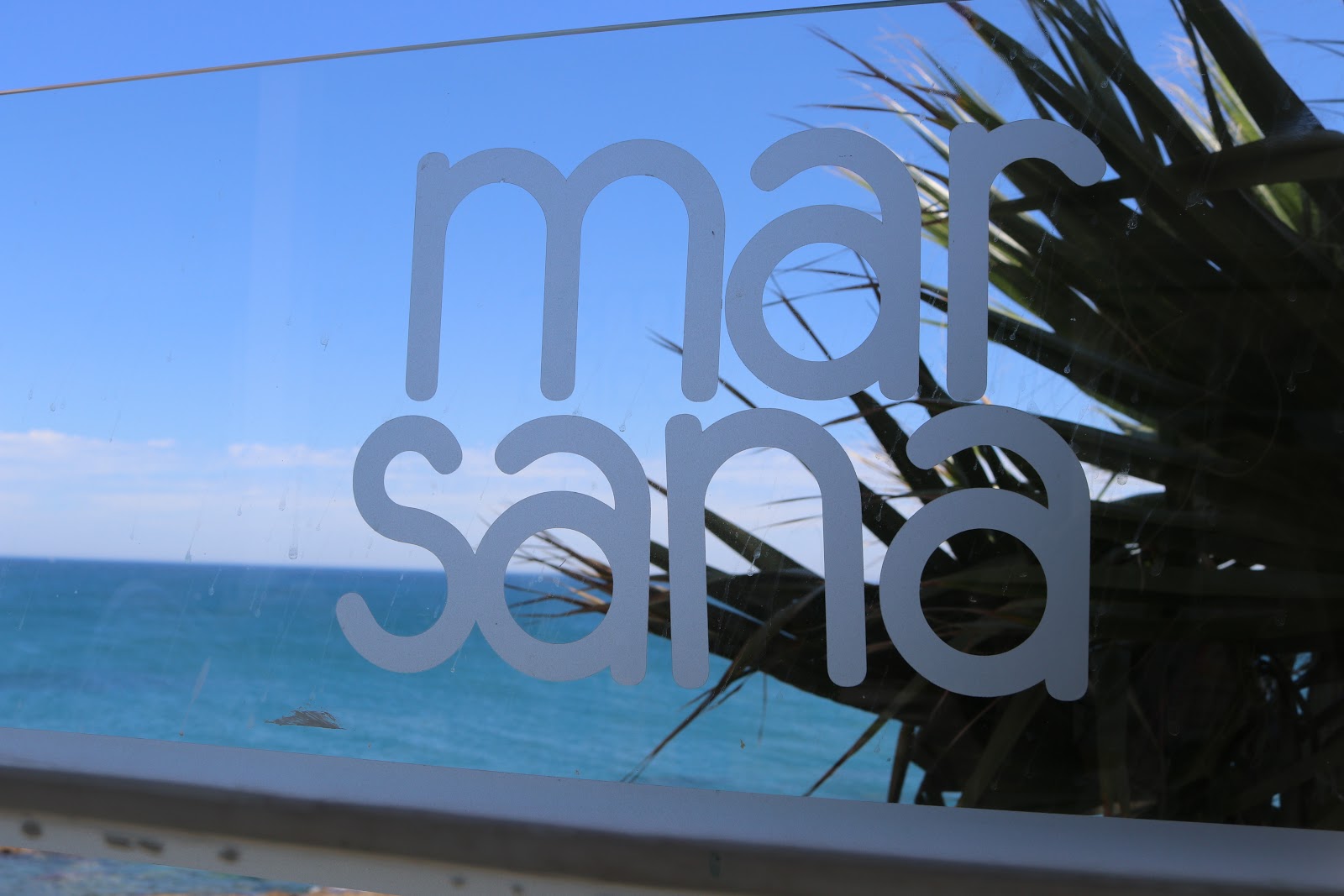 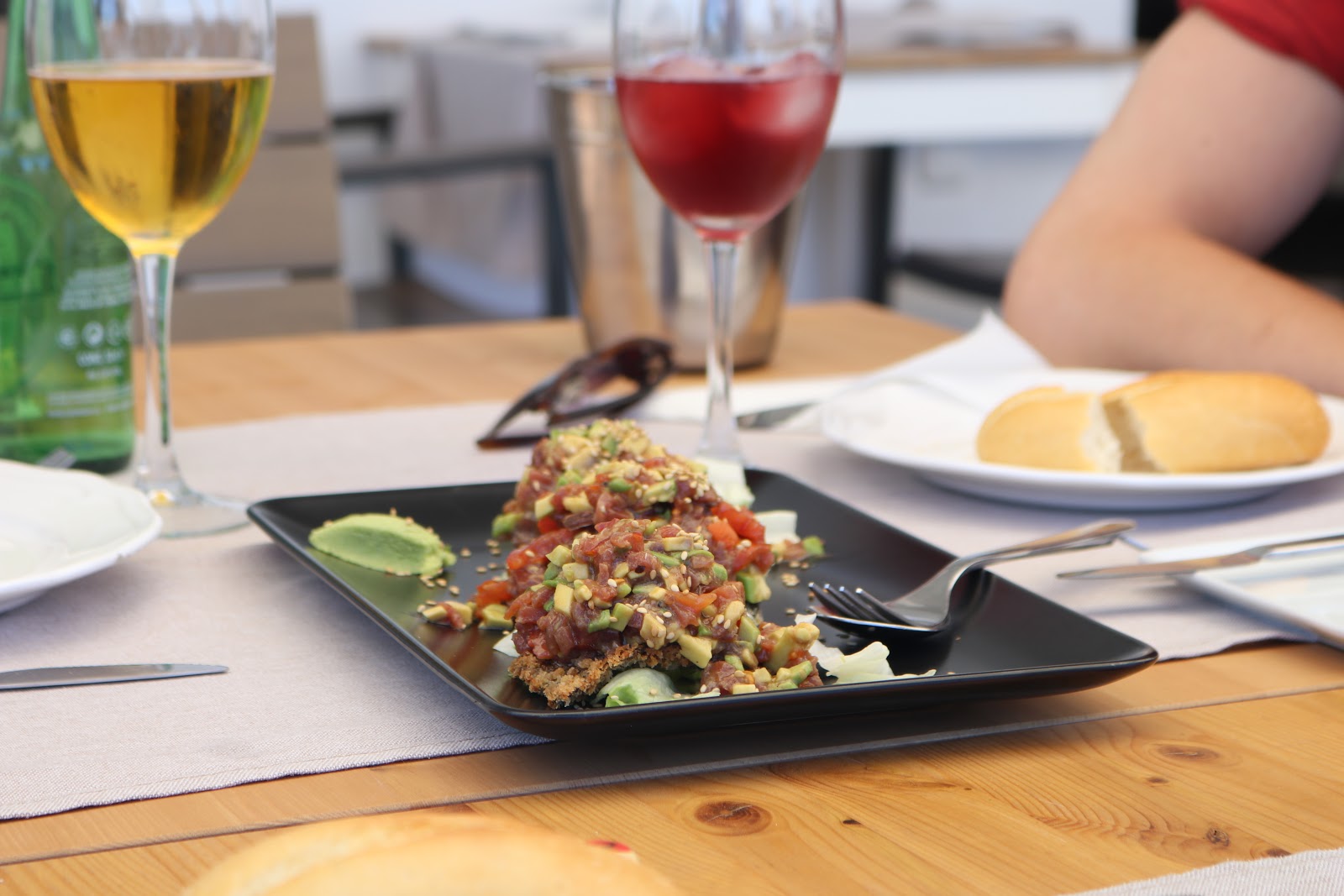 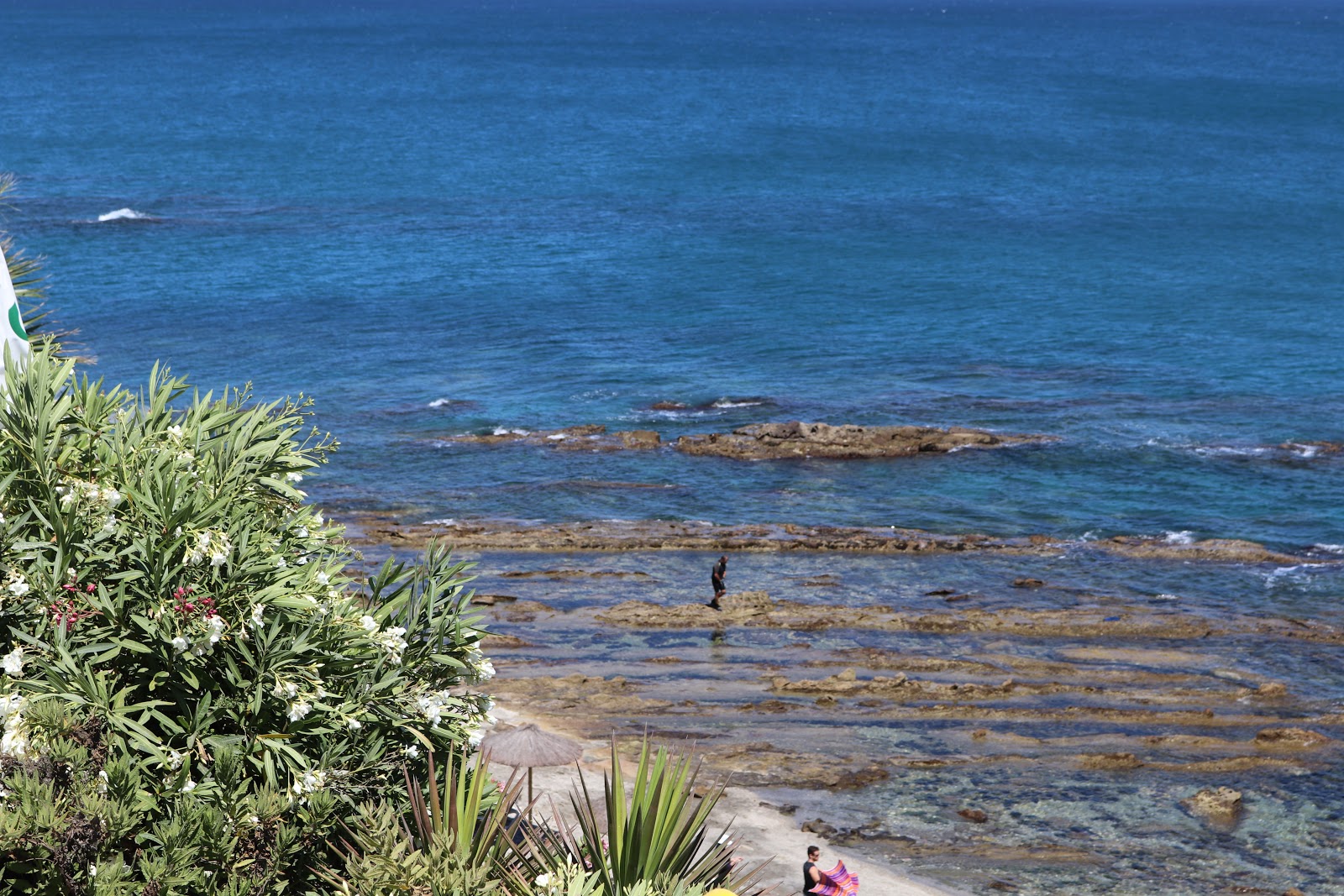 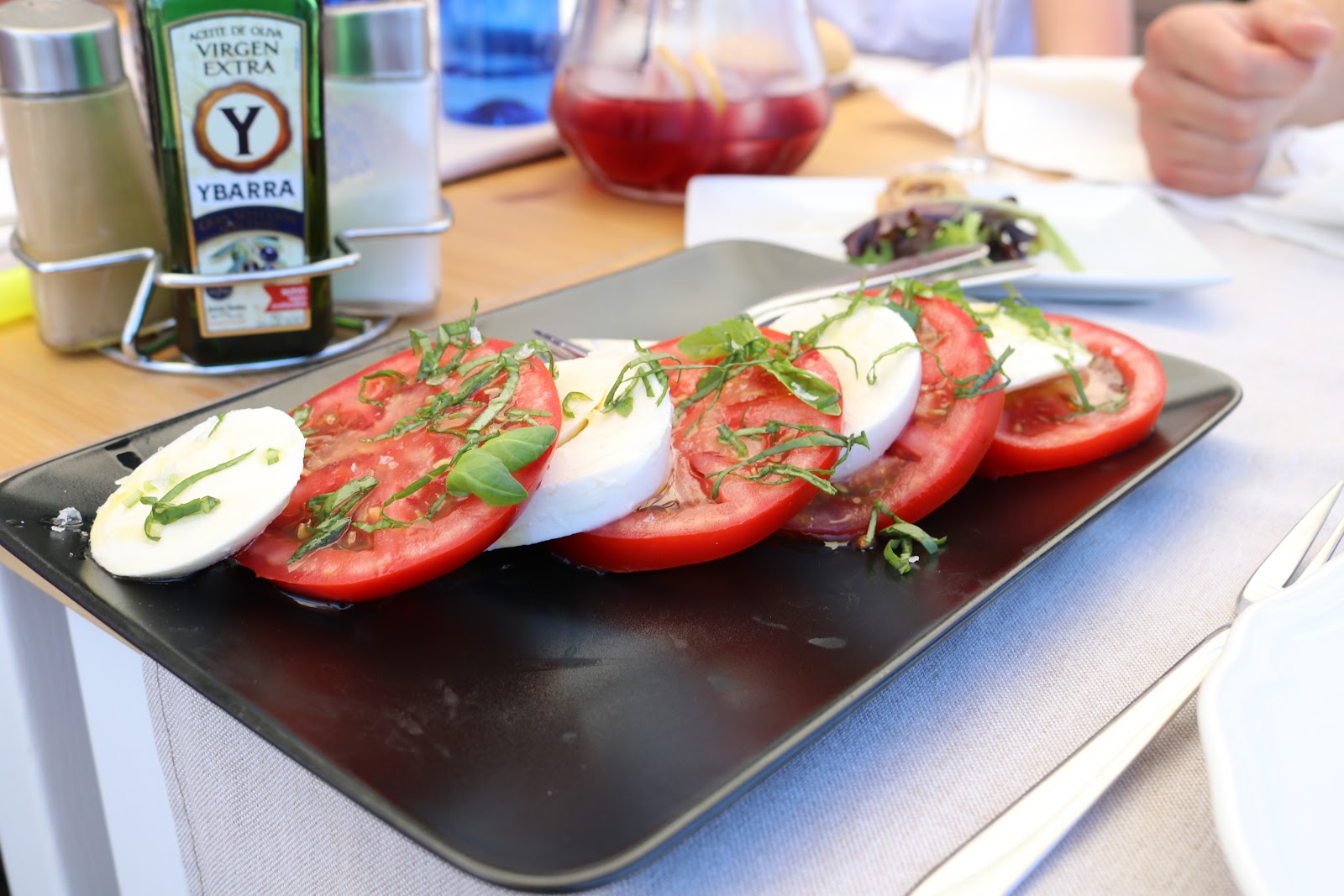 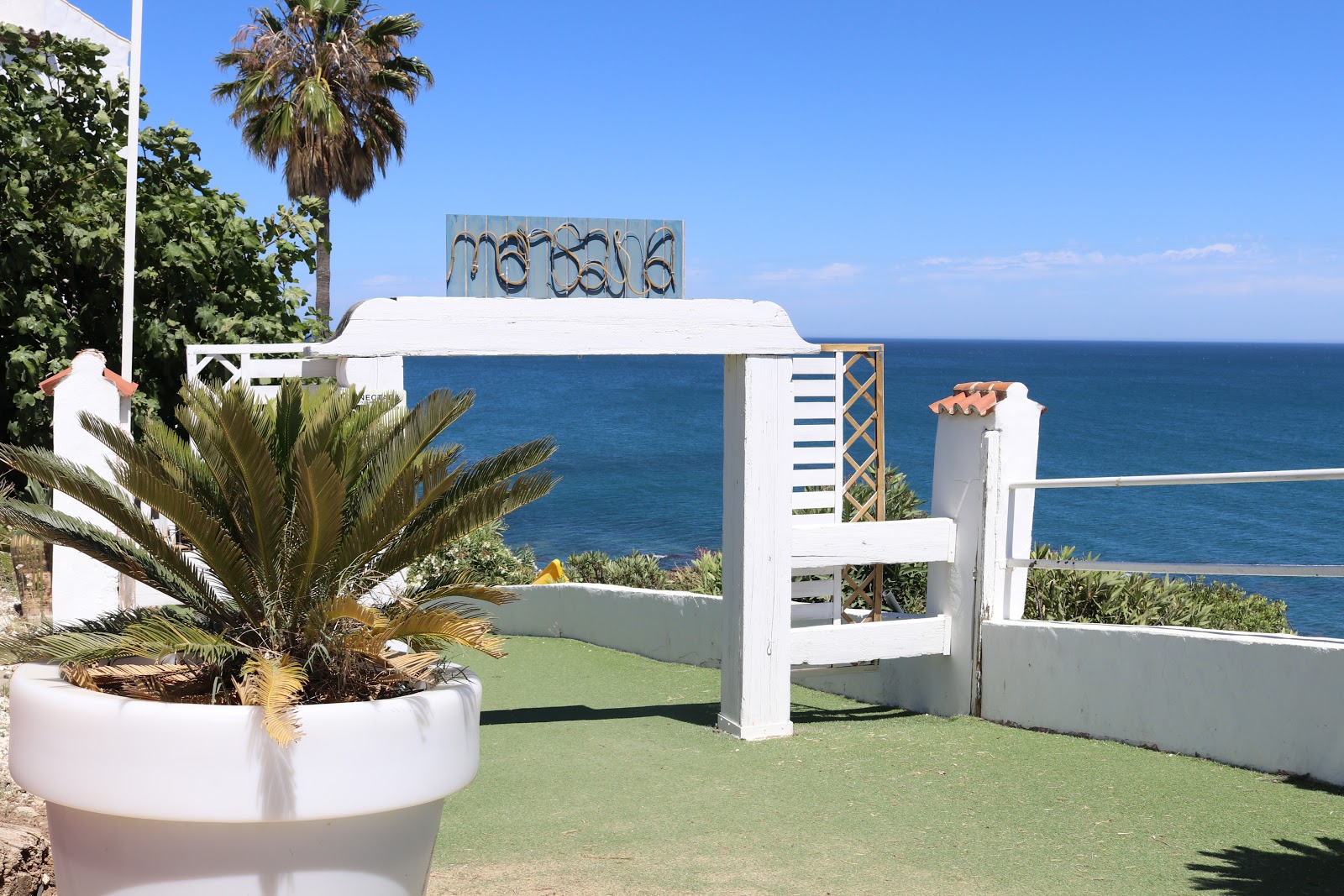 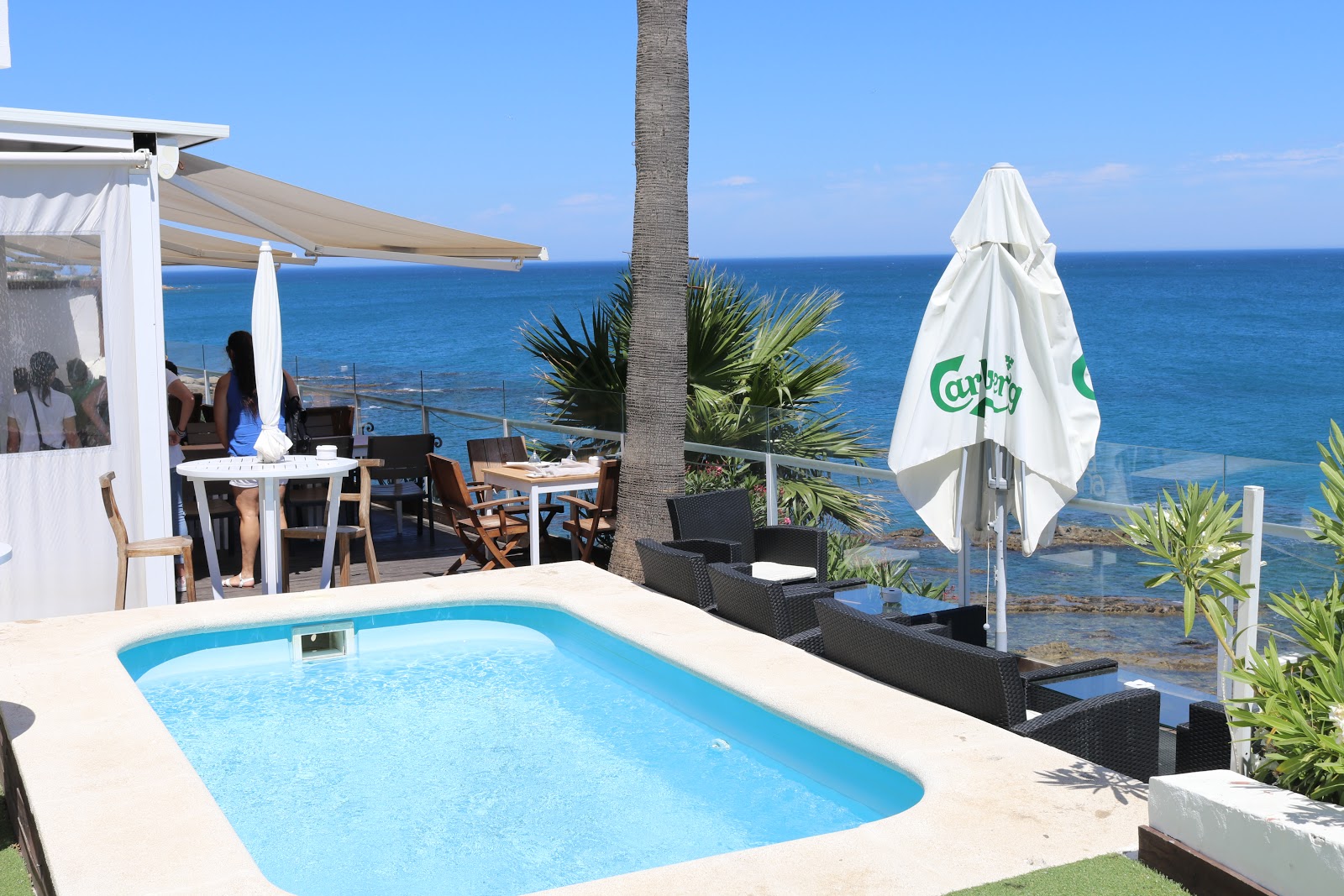 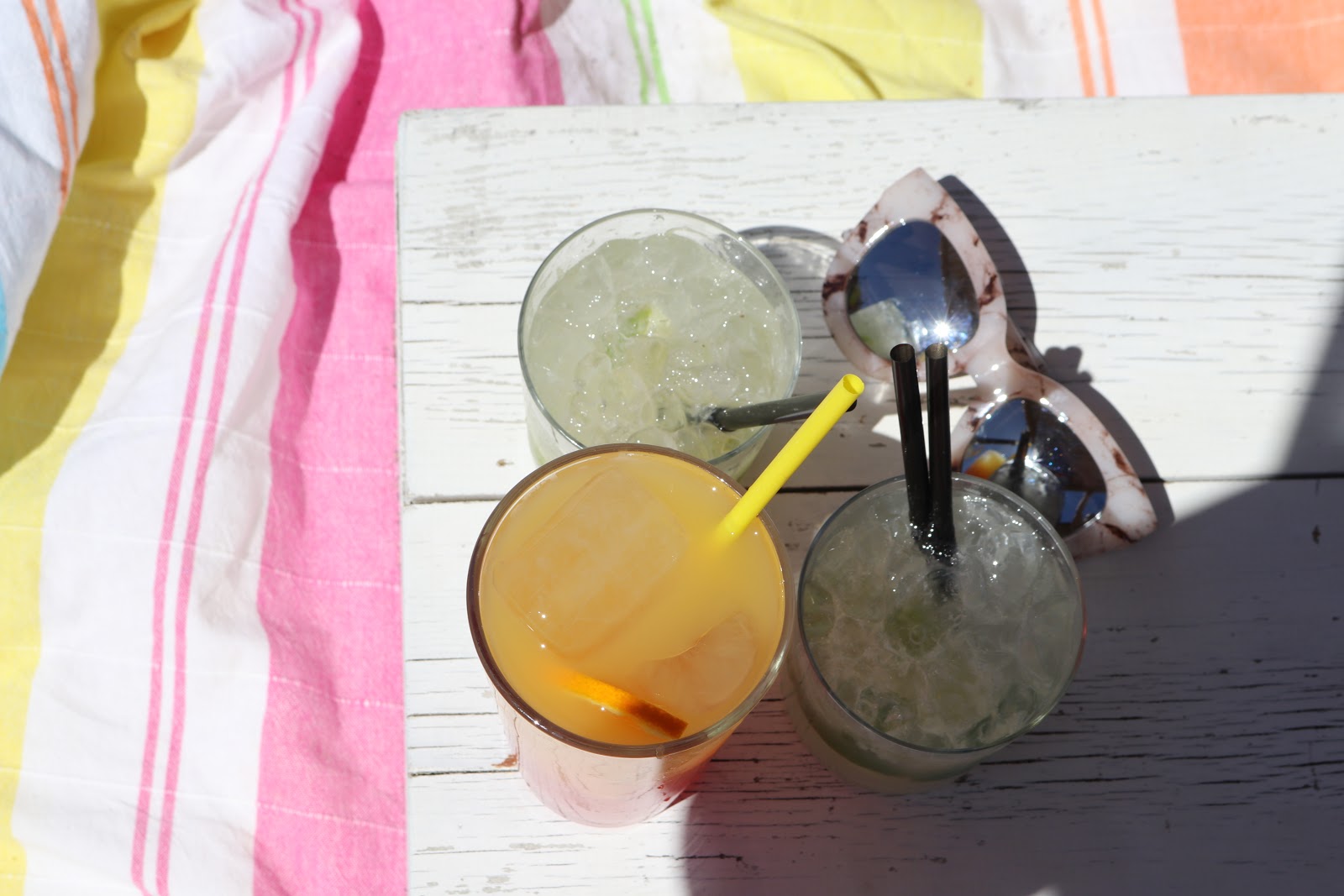 We had the most gorgeous time in Sotogrande, if you ever get a chance to go I guarantee you will want to move in and never leave.