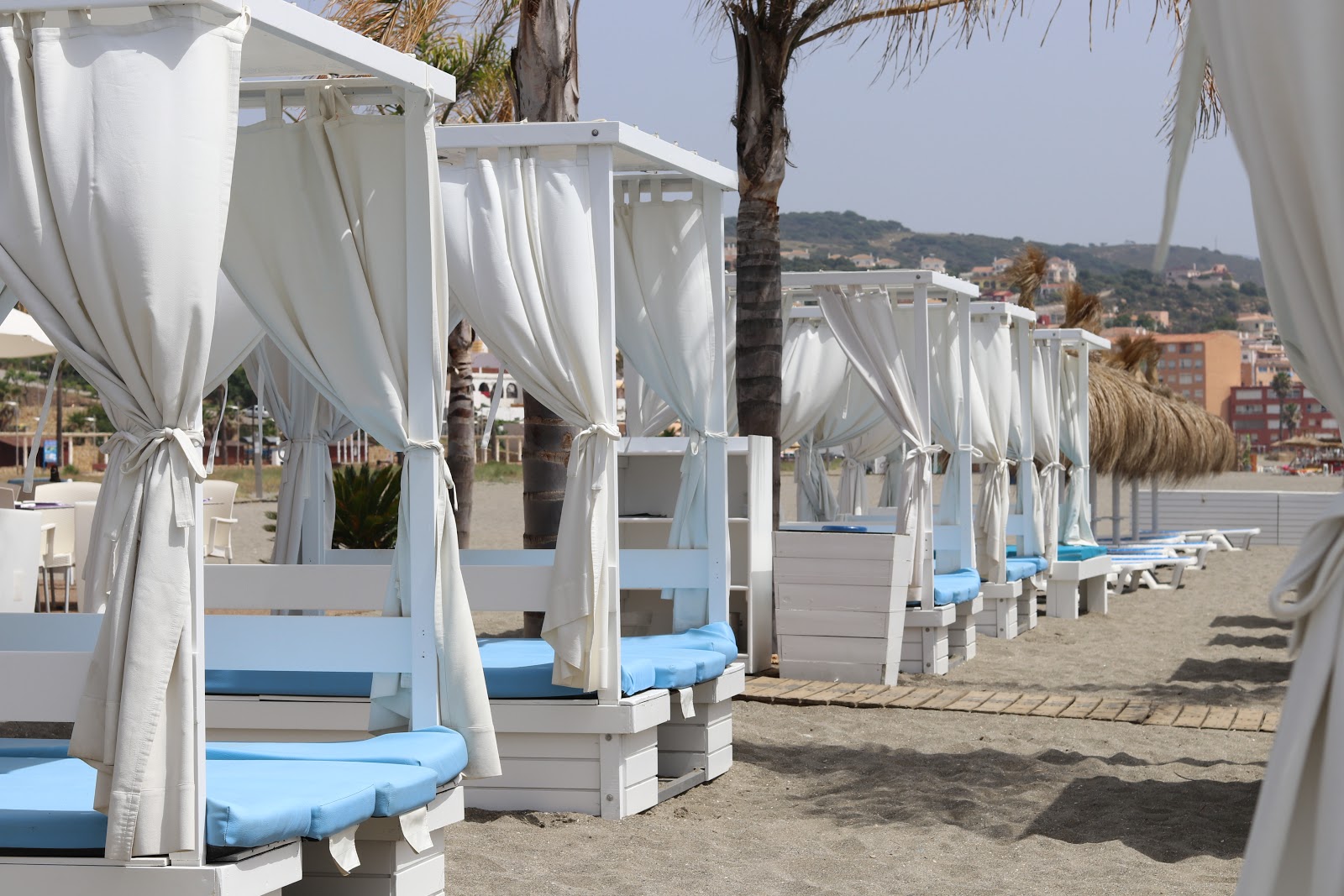 We landed in Malaga airport early one morning after a crazed few weeks full of wedding preparation. It felt as though we had been preparing for months and then in a blink of an eye it was all over and we were left like awkward teenagers once more, holding hands and looking at each other thinking ‘what now’. 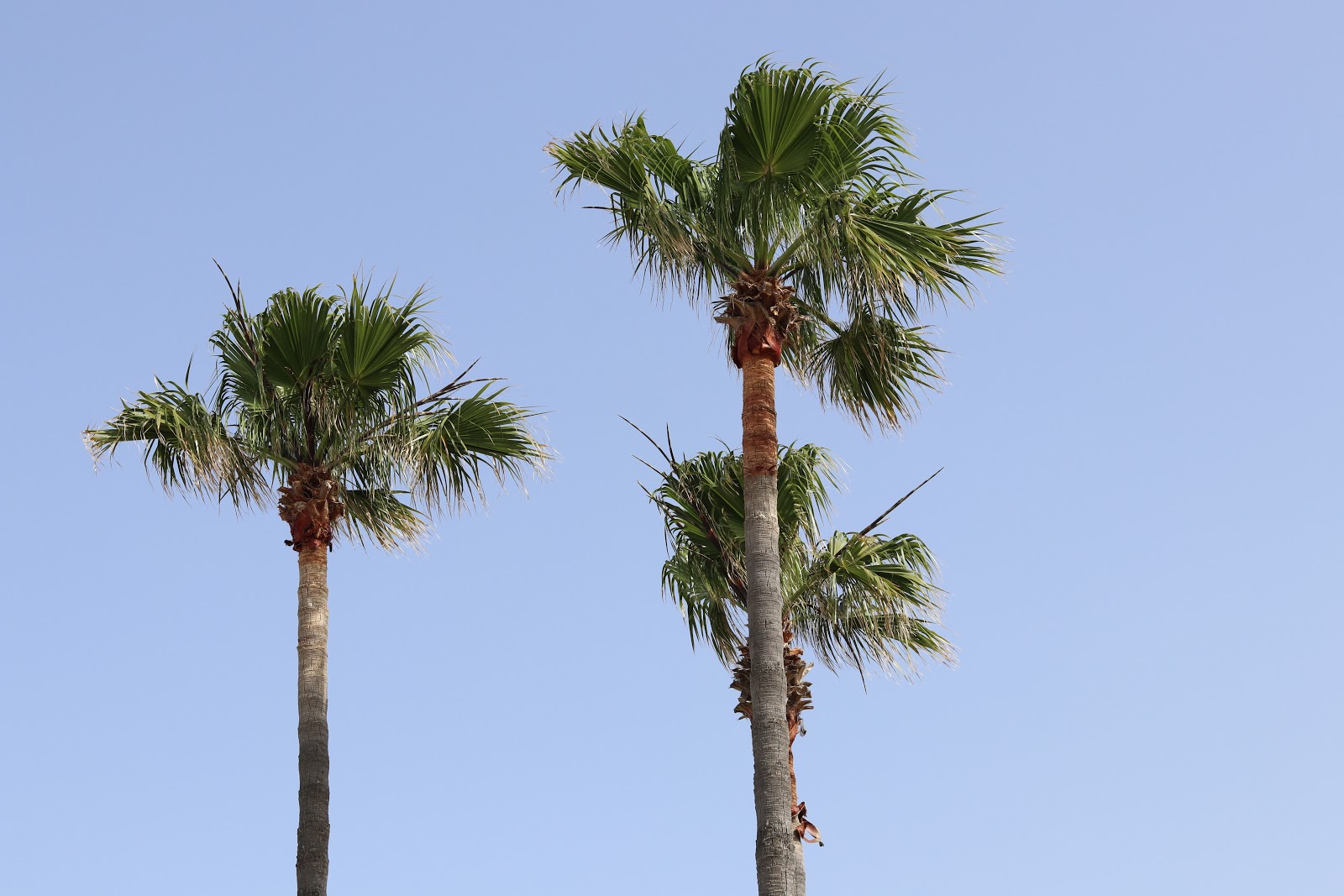 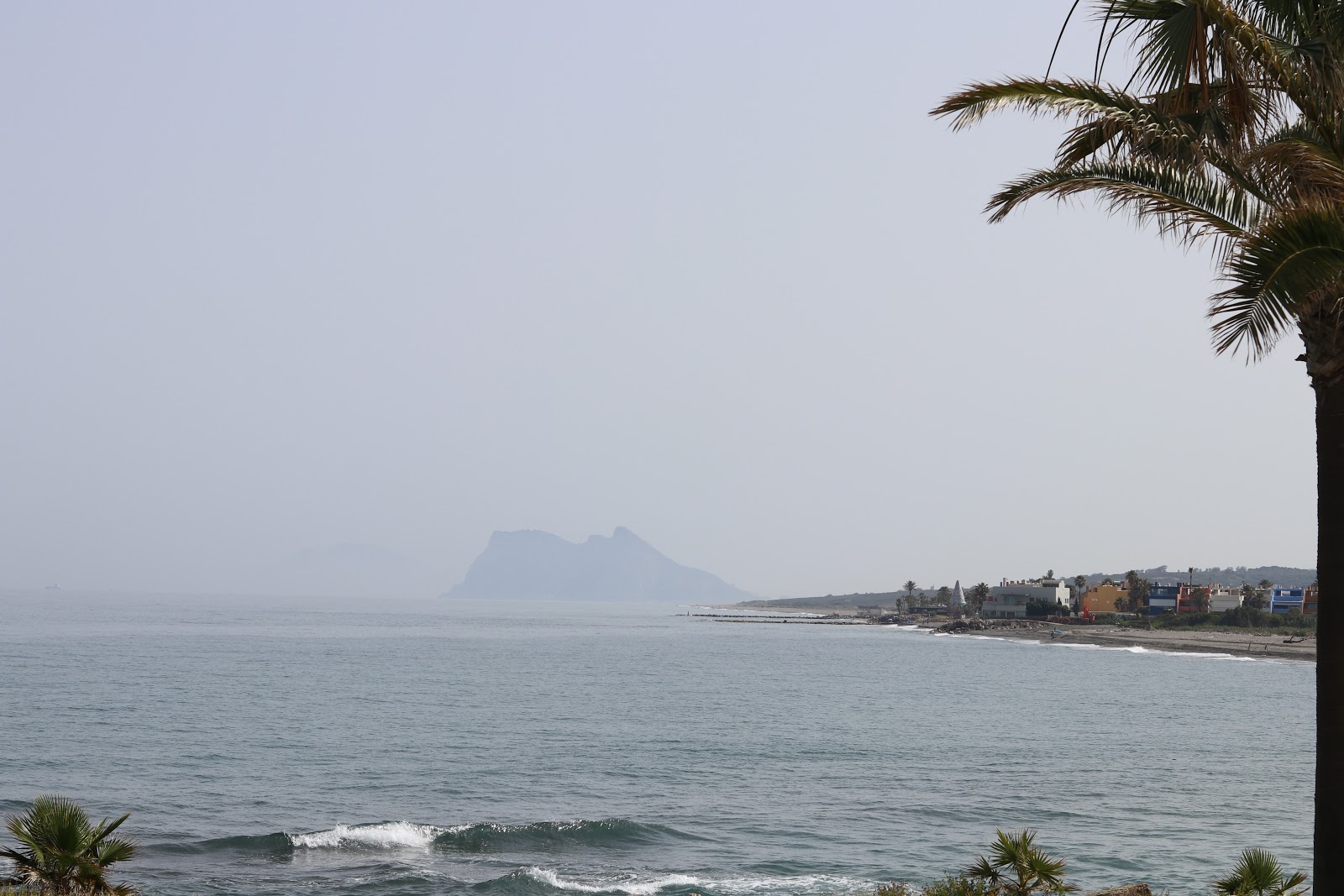 We were so grateful to our family friends Colin and Sue for lending us their gorgeous apartment in Sotogrande for our mini-moon. Initially I had planned to go straight back to work on the Monday after getting married on the Saturday, but I’m so glad I took another week off.

We were handed the keys to our car, a huge; SEAT Toledo and navigated our way out the car park to start the morning’s journey south to Sotogrande. It was so good to feel the warm air as we zoomed down the motorway with the windows down and the music on full. Arriving just after lunch, we immediately popped to the shop to stock up on fruit for breakfast for the week, some prosecco to toast the start of our next chapter and of course some Manchego, because a visit to Spain is not the same without it. With prosecco in hand, we lay down on the loungers on the balcony and immediately dozed off, only waking up when we realized we were supposed to be meeting Scarlet at Chambao in less than an hour. A quick shower and change, Scarlet picked us up and we met her parents at the beach bar for a few cocktails before sunset. That’s the beauty of Sotogrande, my parents have always called in Lala Land. After a busy Tuesday at work, Scarlet and her parents were all able to just pop on over to the beach for a couple of cocktails, before we went out for dinner and ended up chatting until the early hours of the morning, not getting home until 2.30am. It’s just the epitome of a perfect lifestyle. 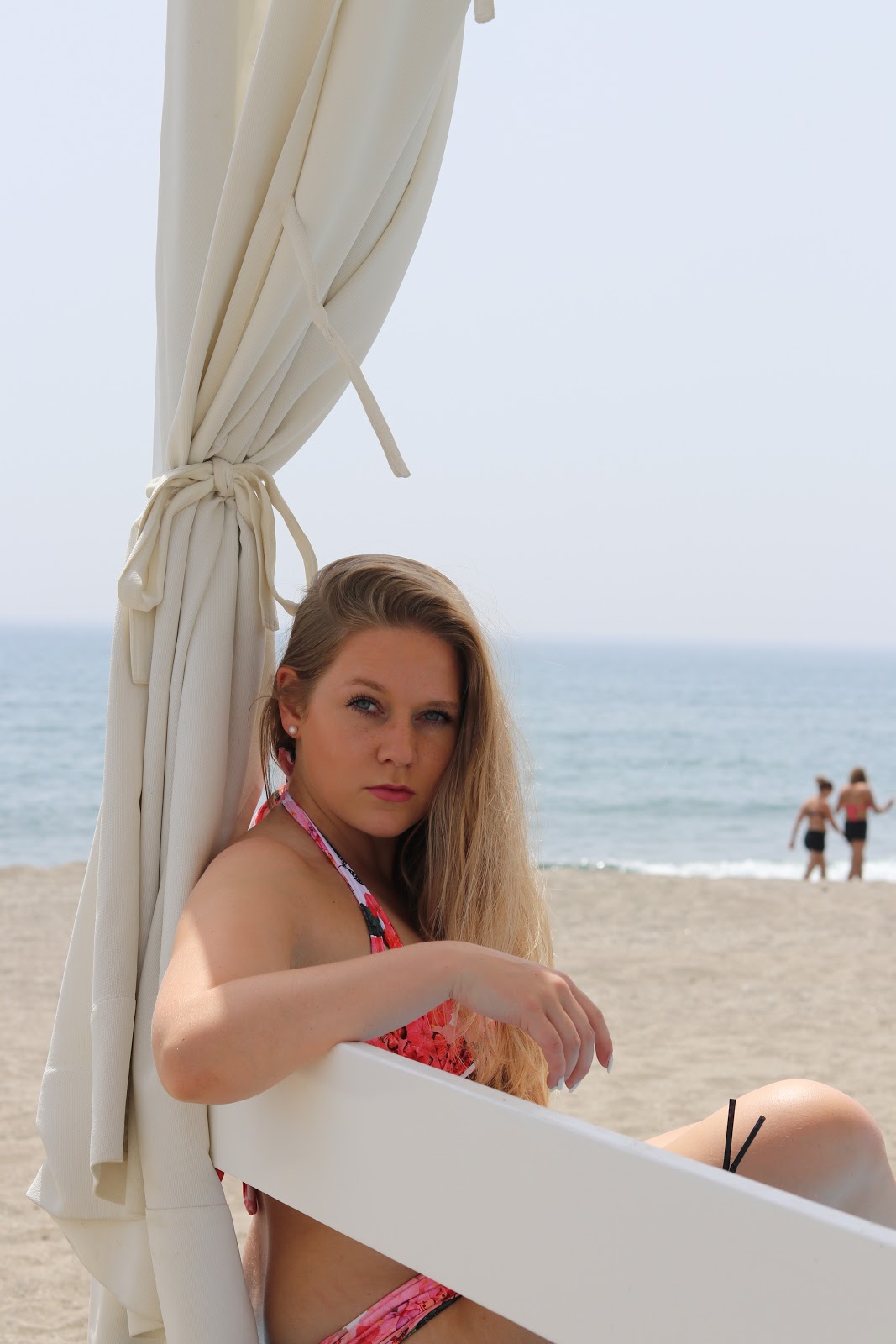 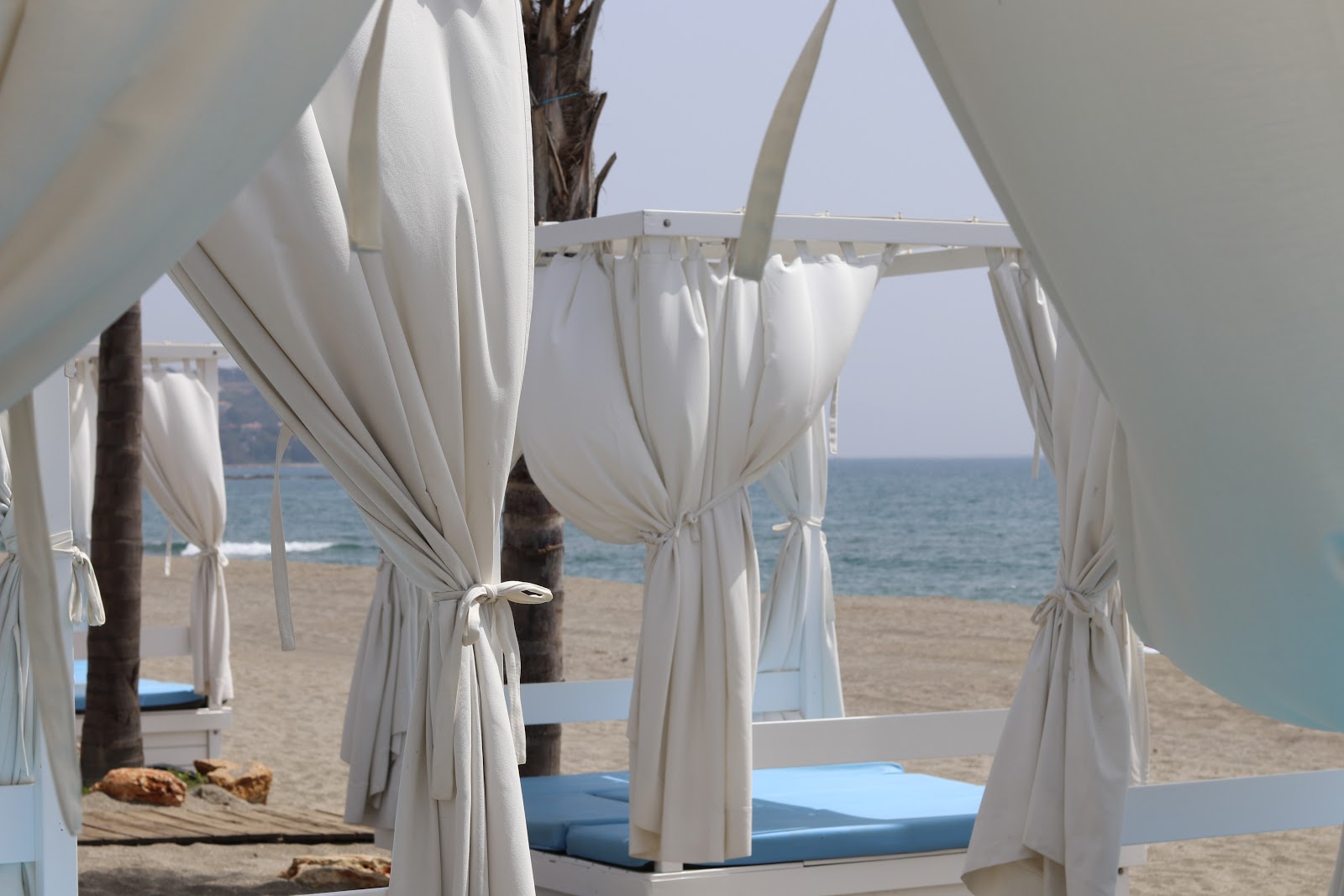 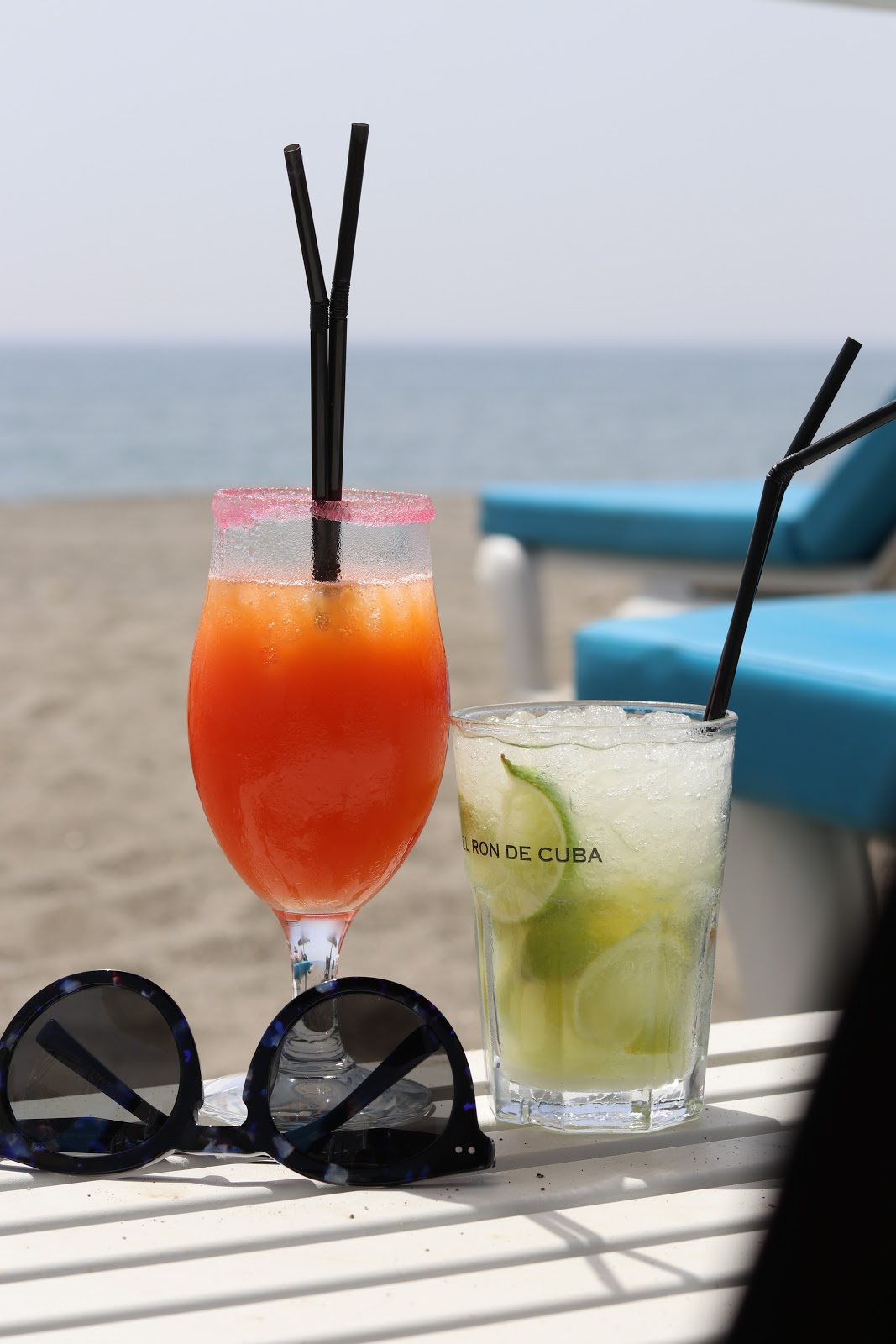 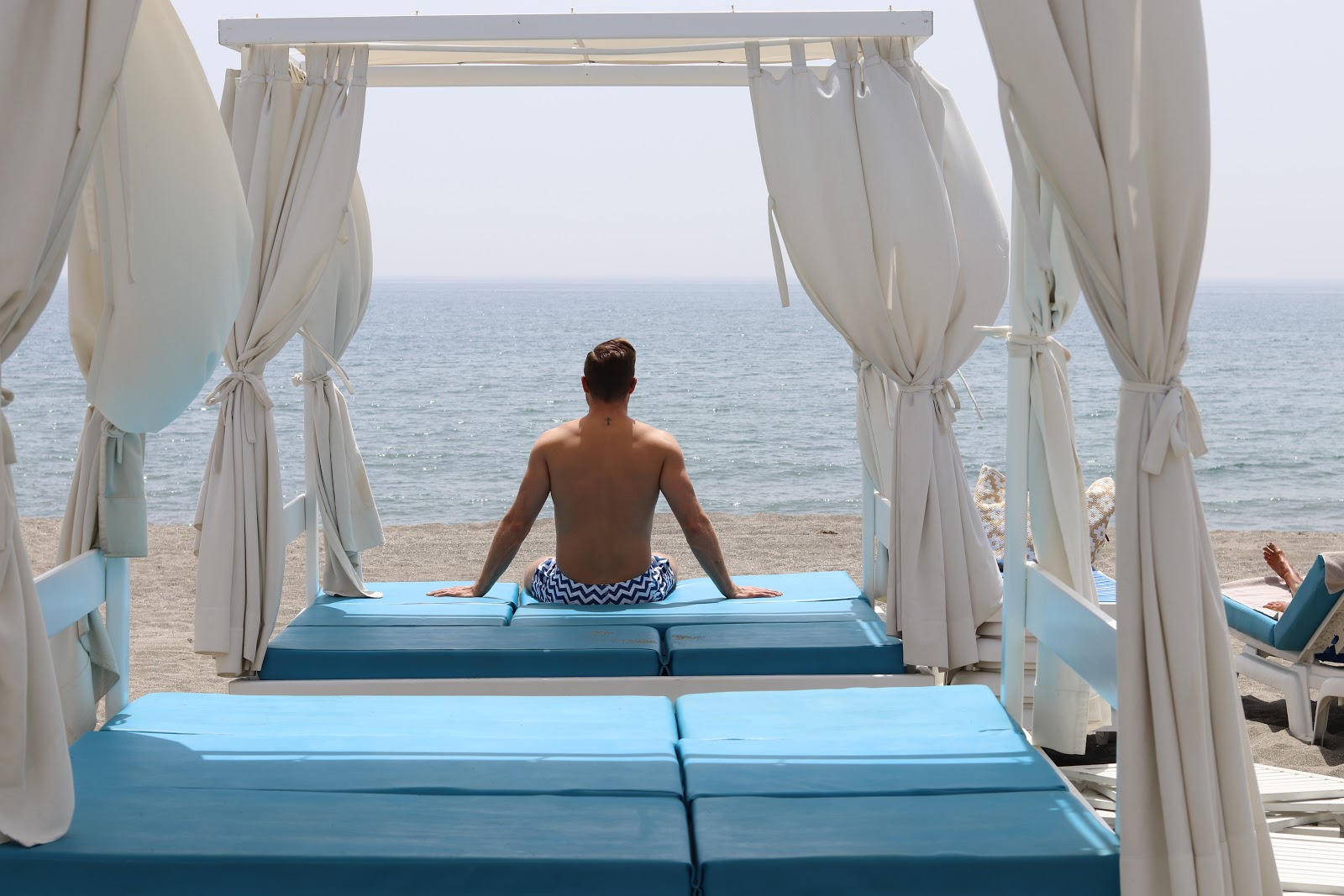 The next morning, we woke bright and early and made plans to head to Trocadero for a day of indulgence and sunbathing, but after discovering the sun loungers were 40 euros for the day and you had to pay for towels on top we changed our minds (more of that over in our Spain Vlog). Instead we went back to Chambao to make the most of the beach and their delicious cocktails. 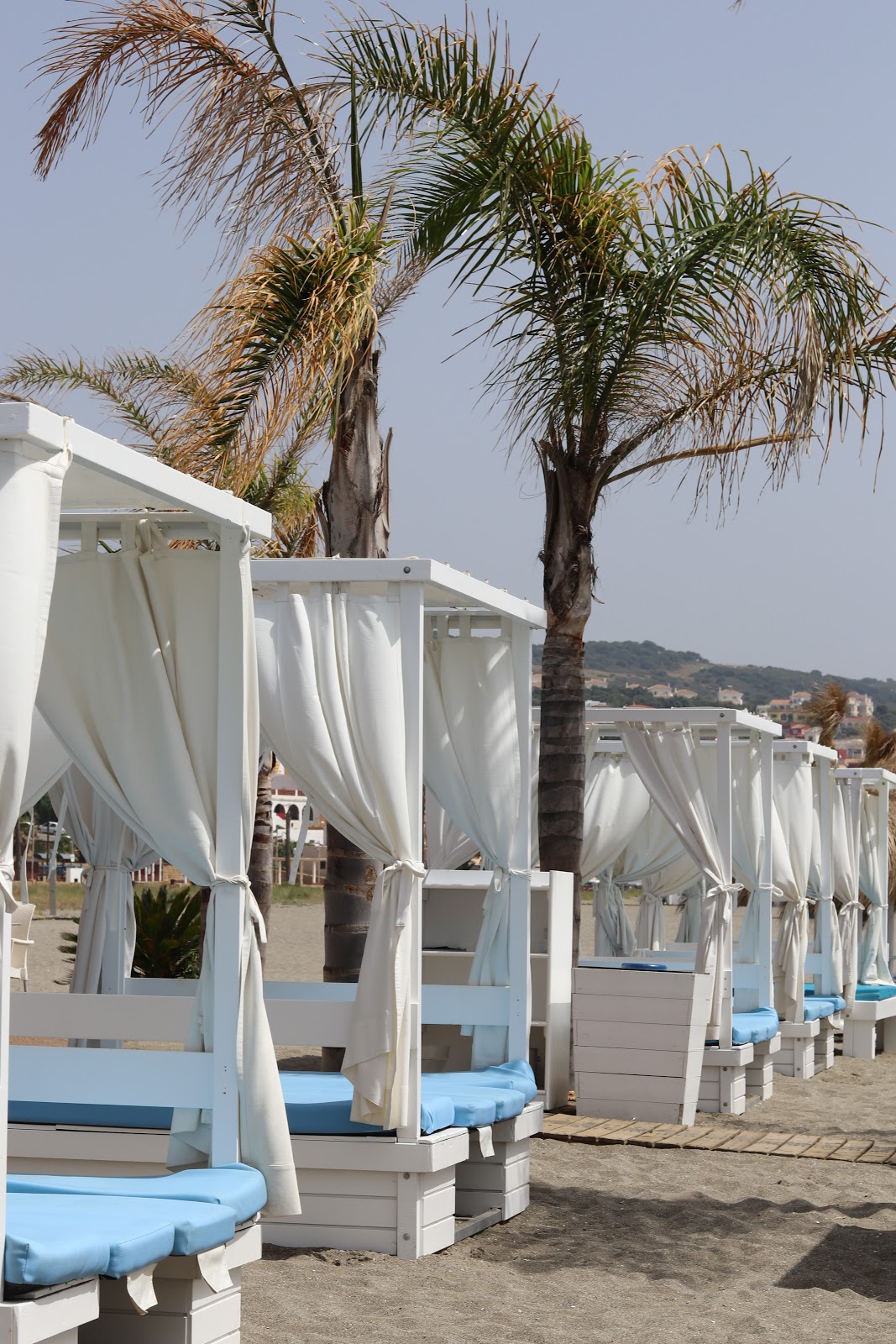 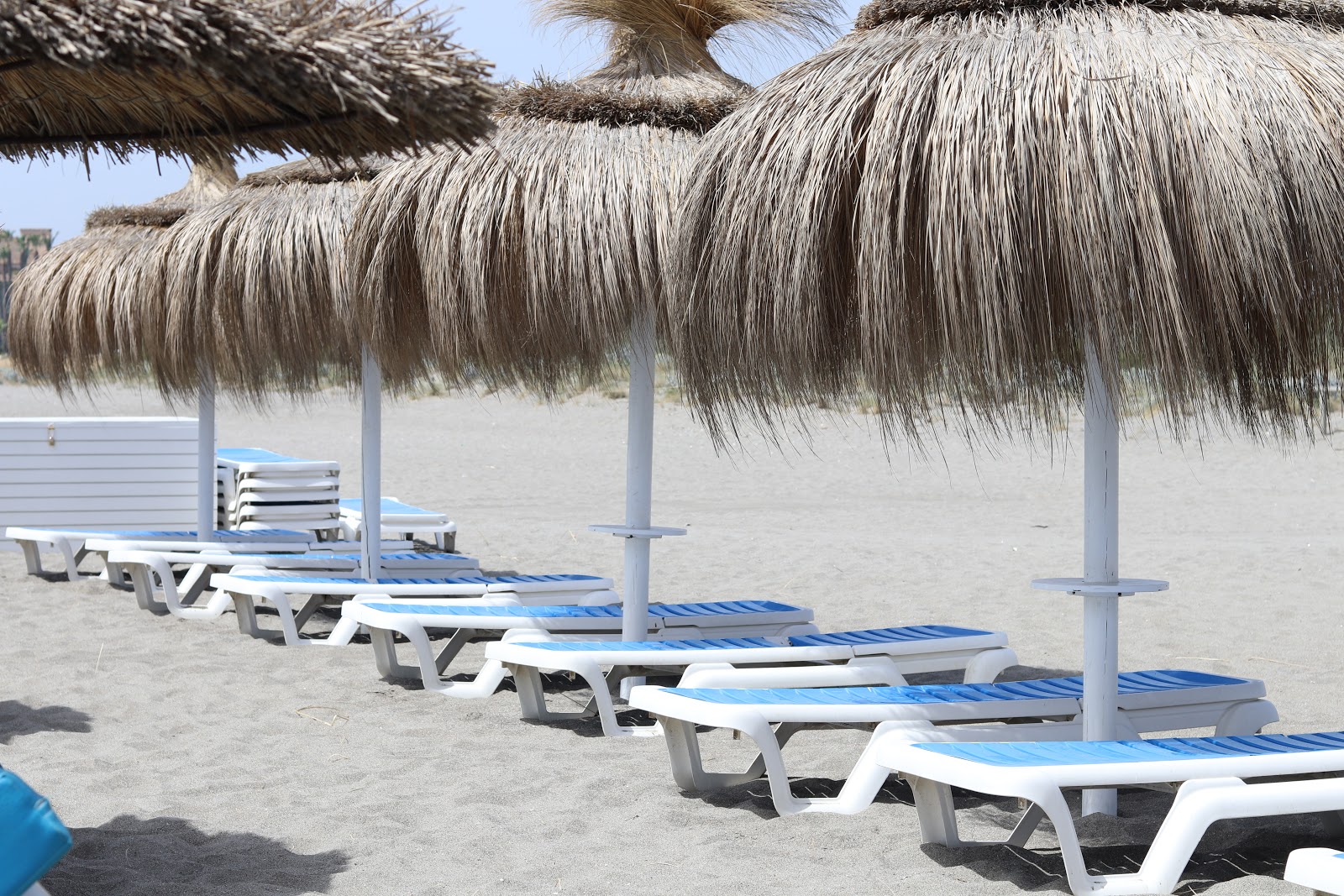 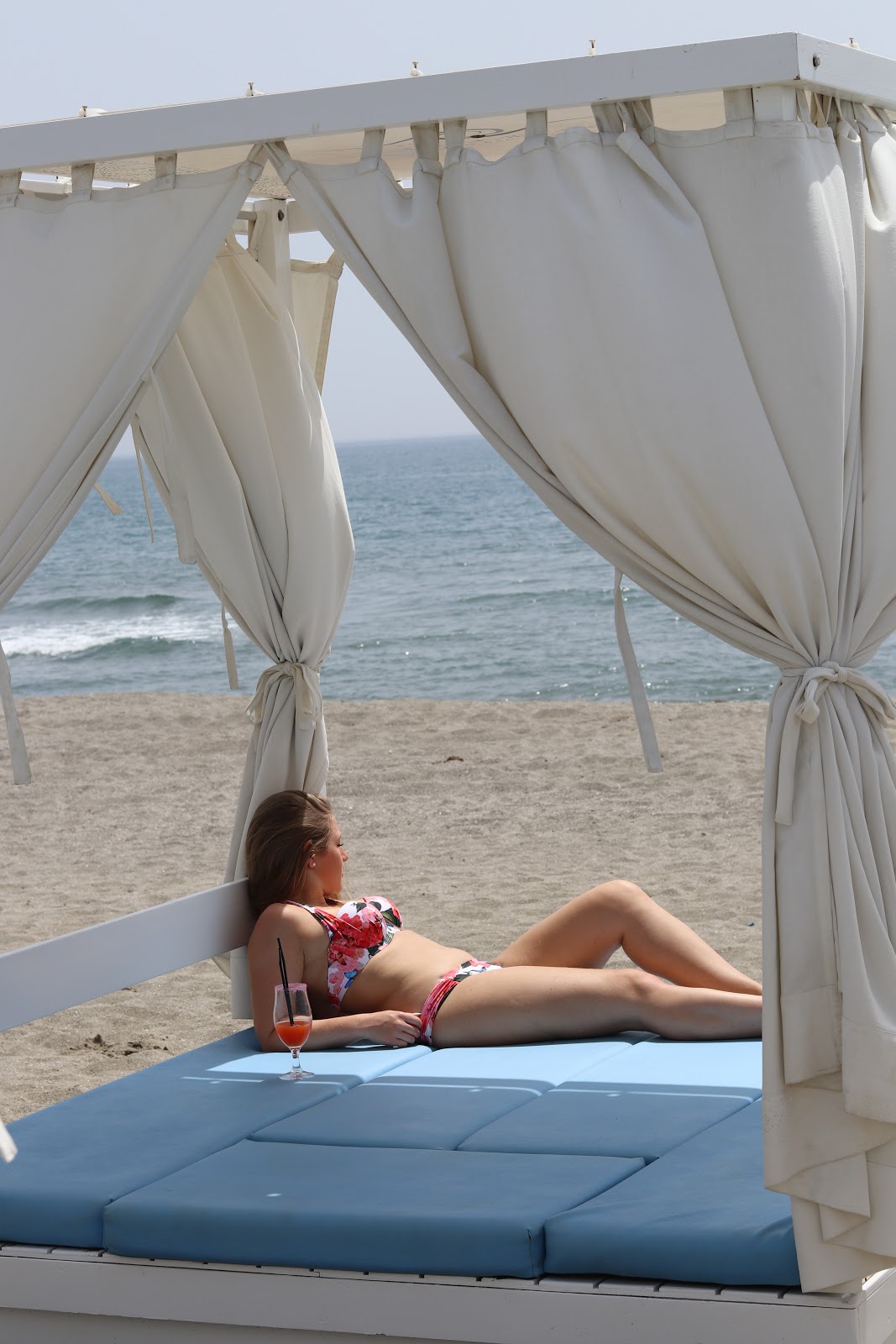 It was absolute heaven being able to drift in and out of sleep, picking up our books when we fancied it (I was reading Last Dance in Havana – lovely writing but a little tricky to get into) and sipping on ice cold cocktails before taking a break for lunch and returning to our loungers after.  We stayed on the beach until about 7pm when we decided it was late enough to pop back for showers and to change for dinner. 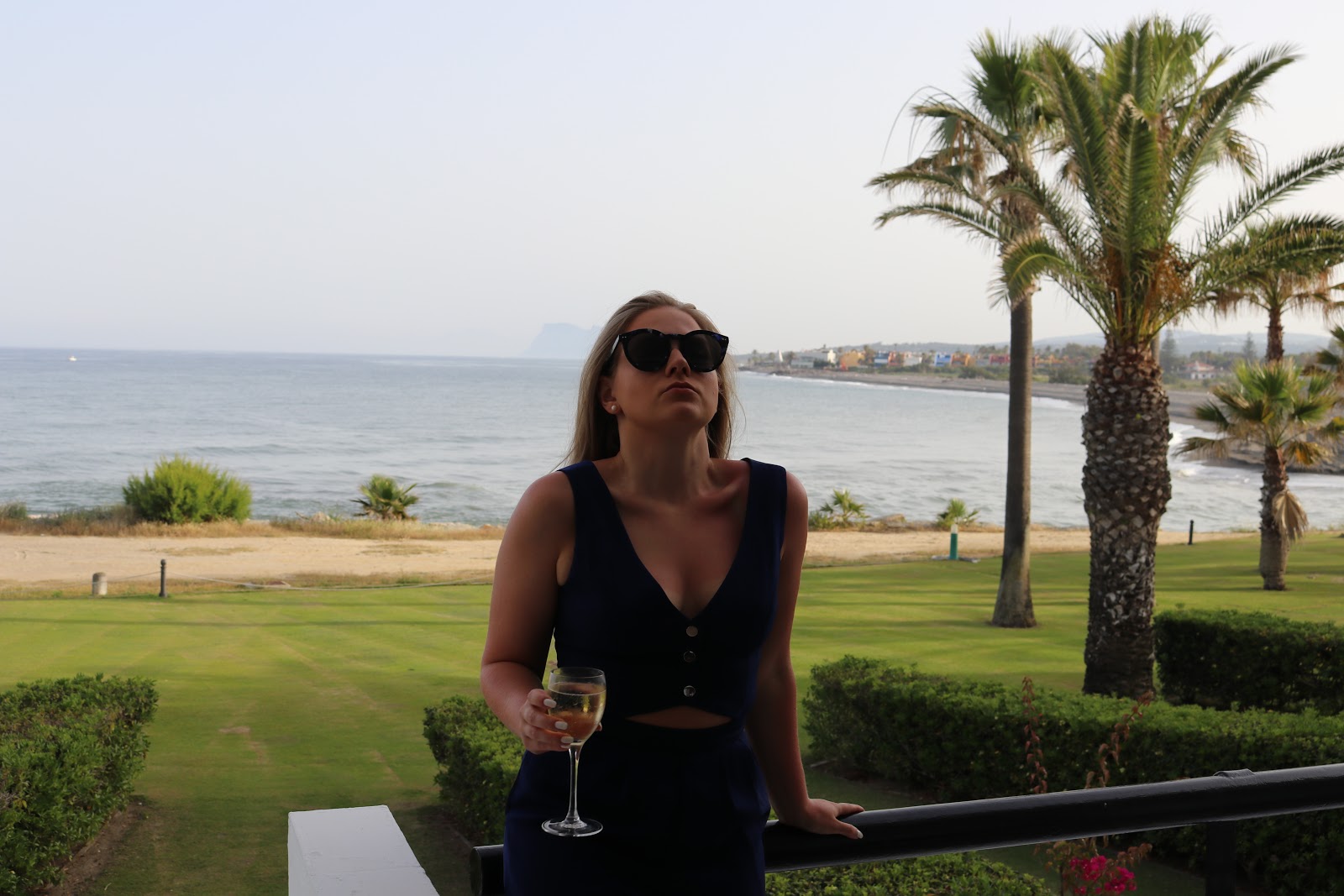 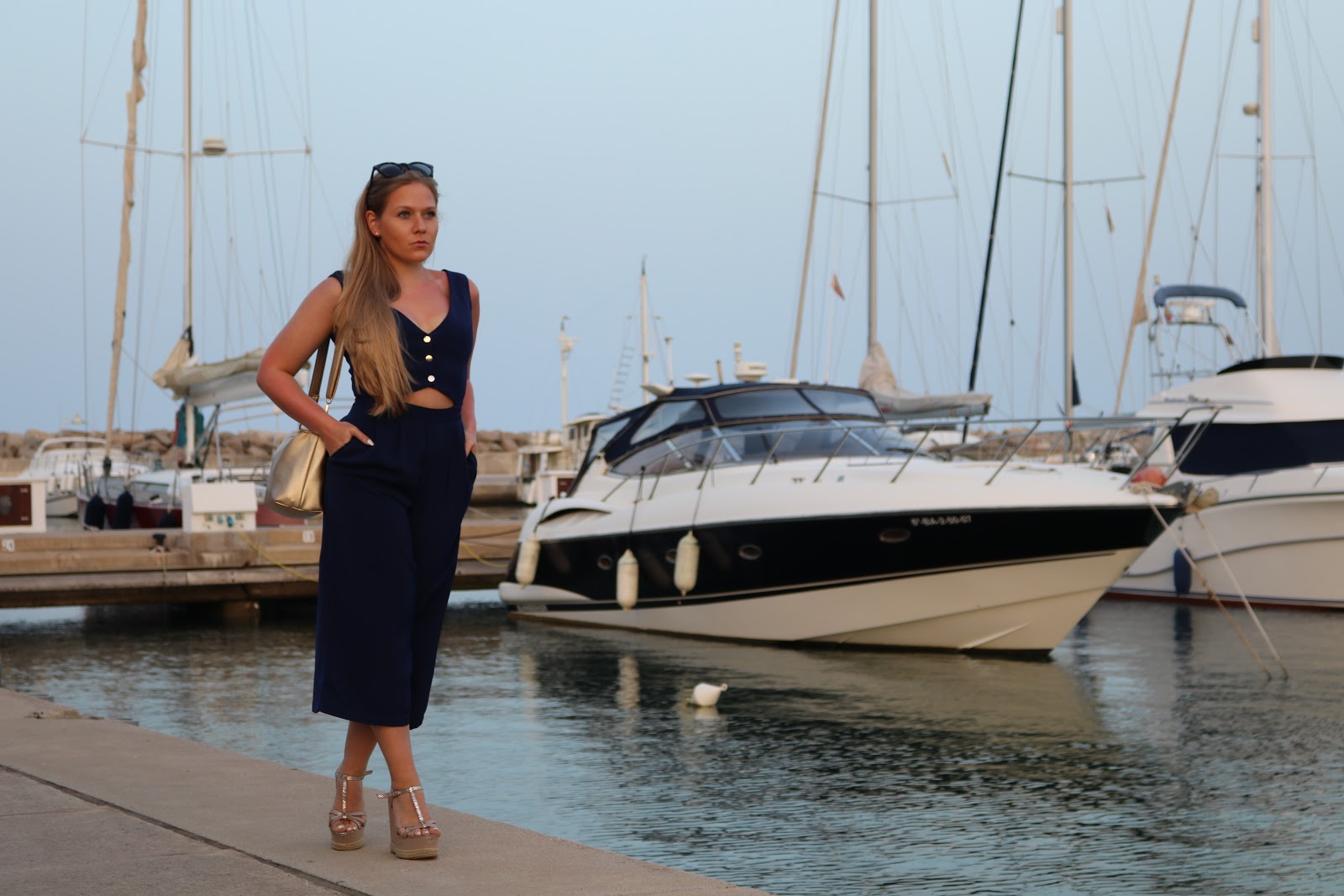 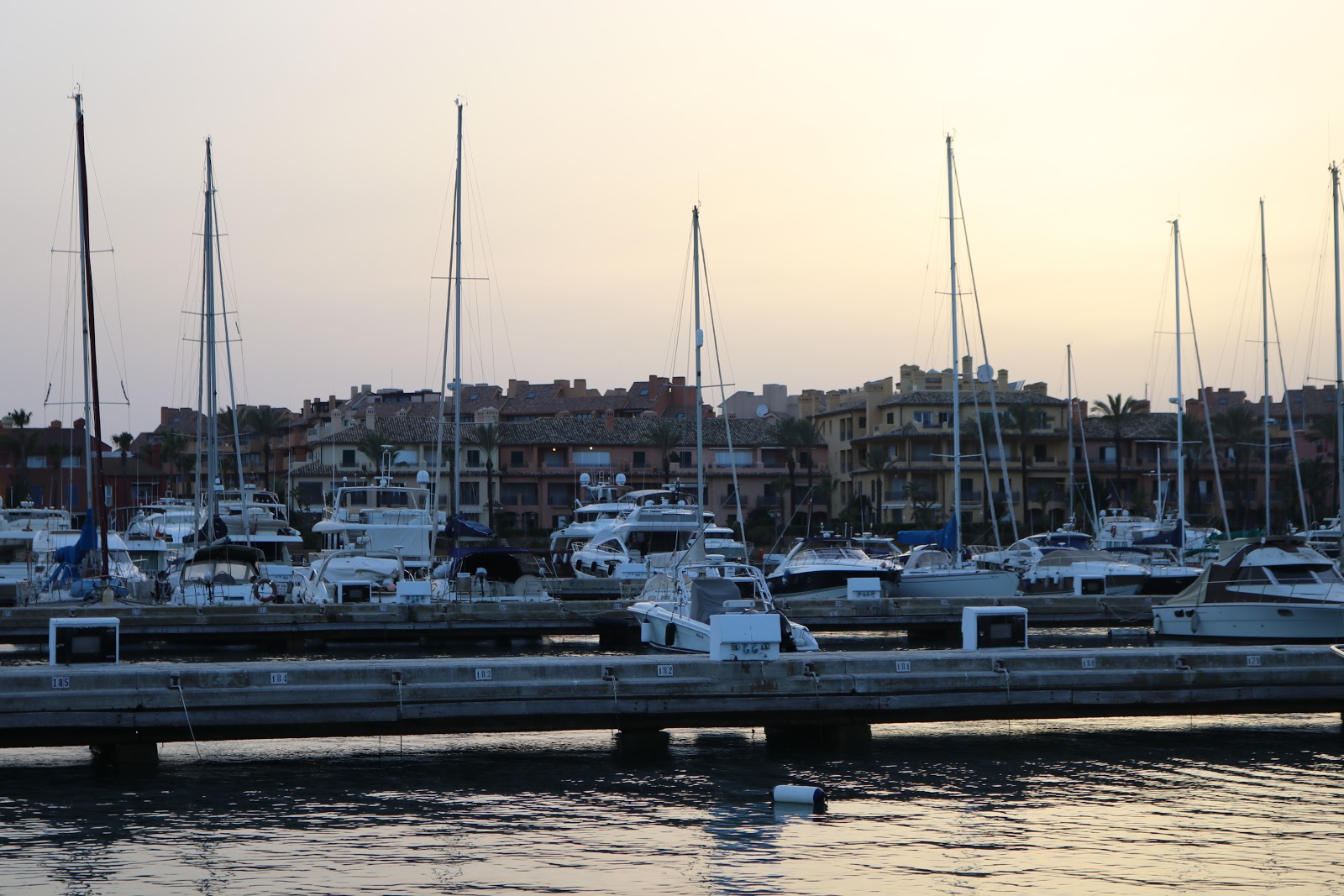 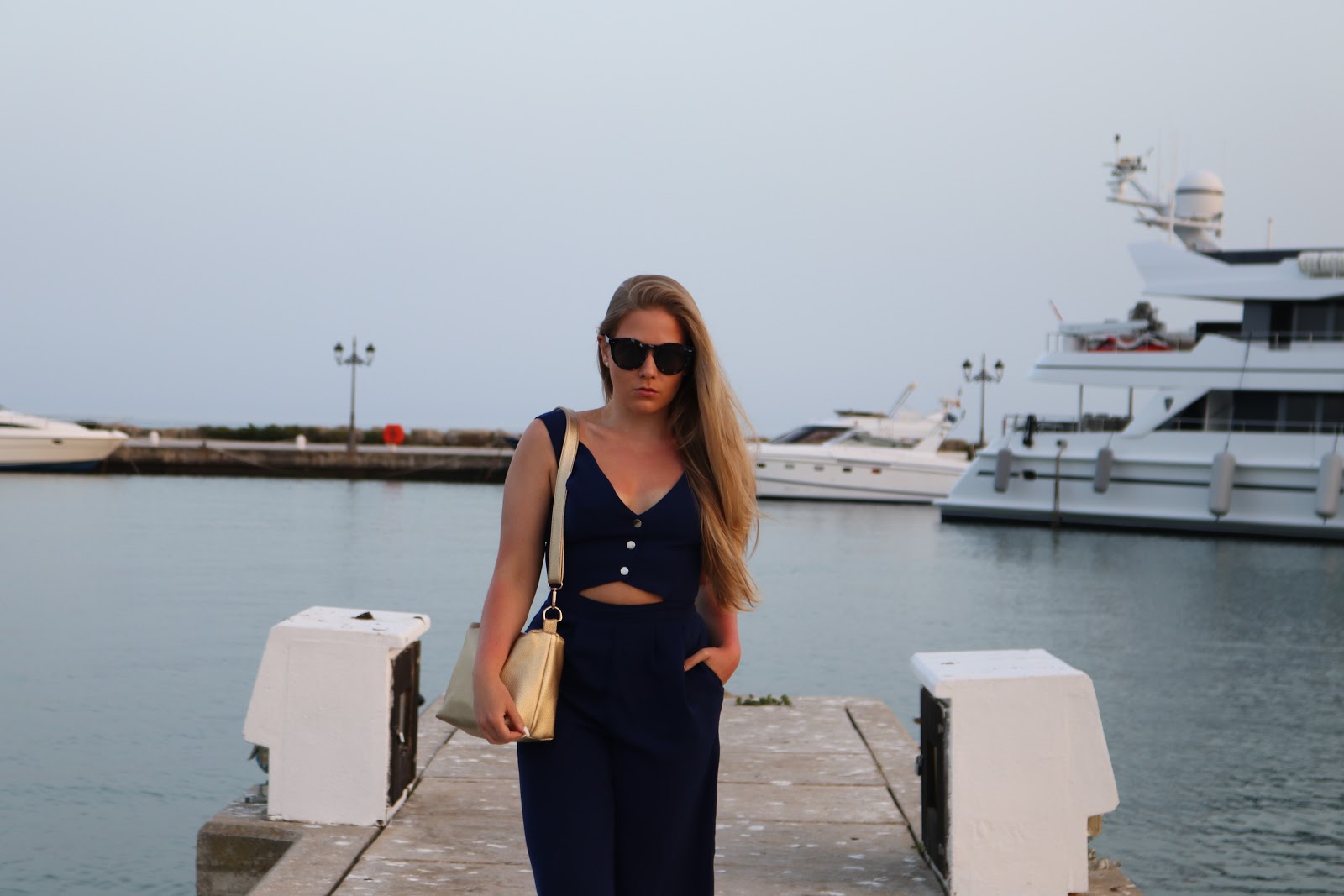 Supper that night was over a bottle of wine in the Puerto at KE Bar, a gorgeous little bar/café/restaurant with a train track running around the top. My parents used to always take us for ice cream, so it’s amazing to see how it’s grown throughout the years. When we arrived back at the flat, we had a glass of prosecco on the balcony overlooking the sea and the lit up rock of Gibralter looking back at us. Beyond that, the twinkling lights of Africa and the flashing lights of Cargo ships in the distance, their lights a beacon on the horizon line separating the inky black sky that blended as one into the water. 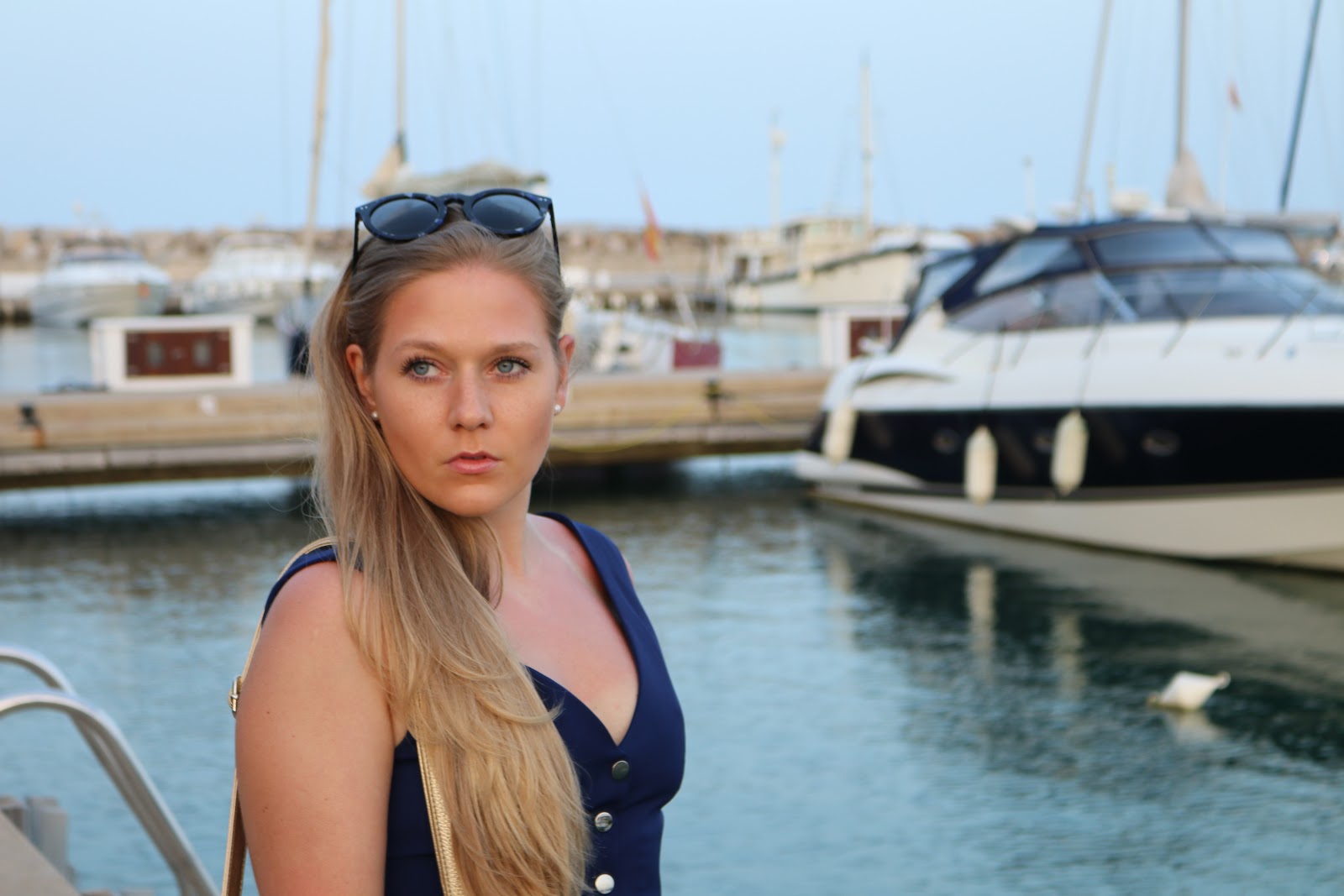 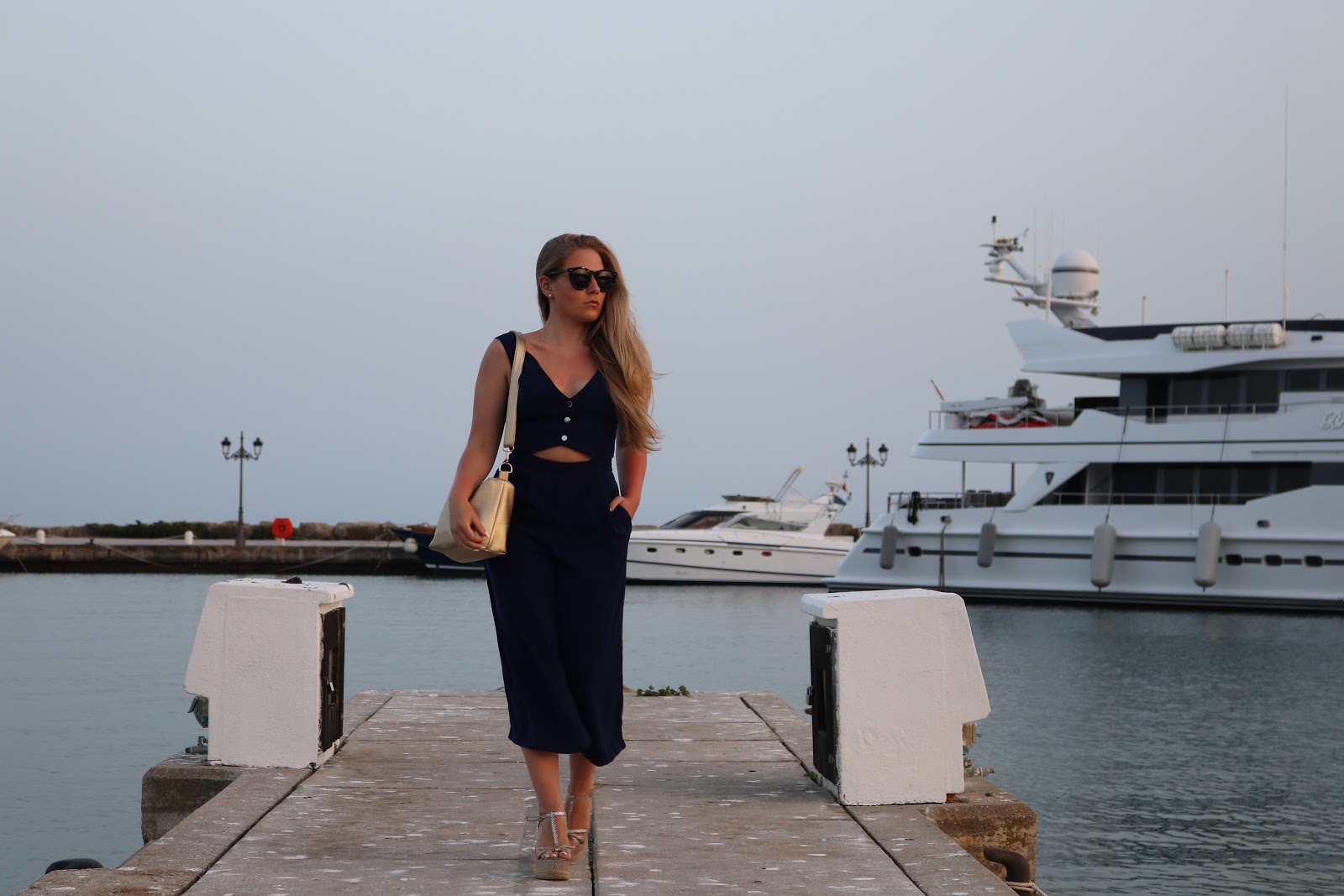