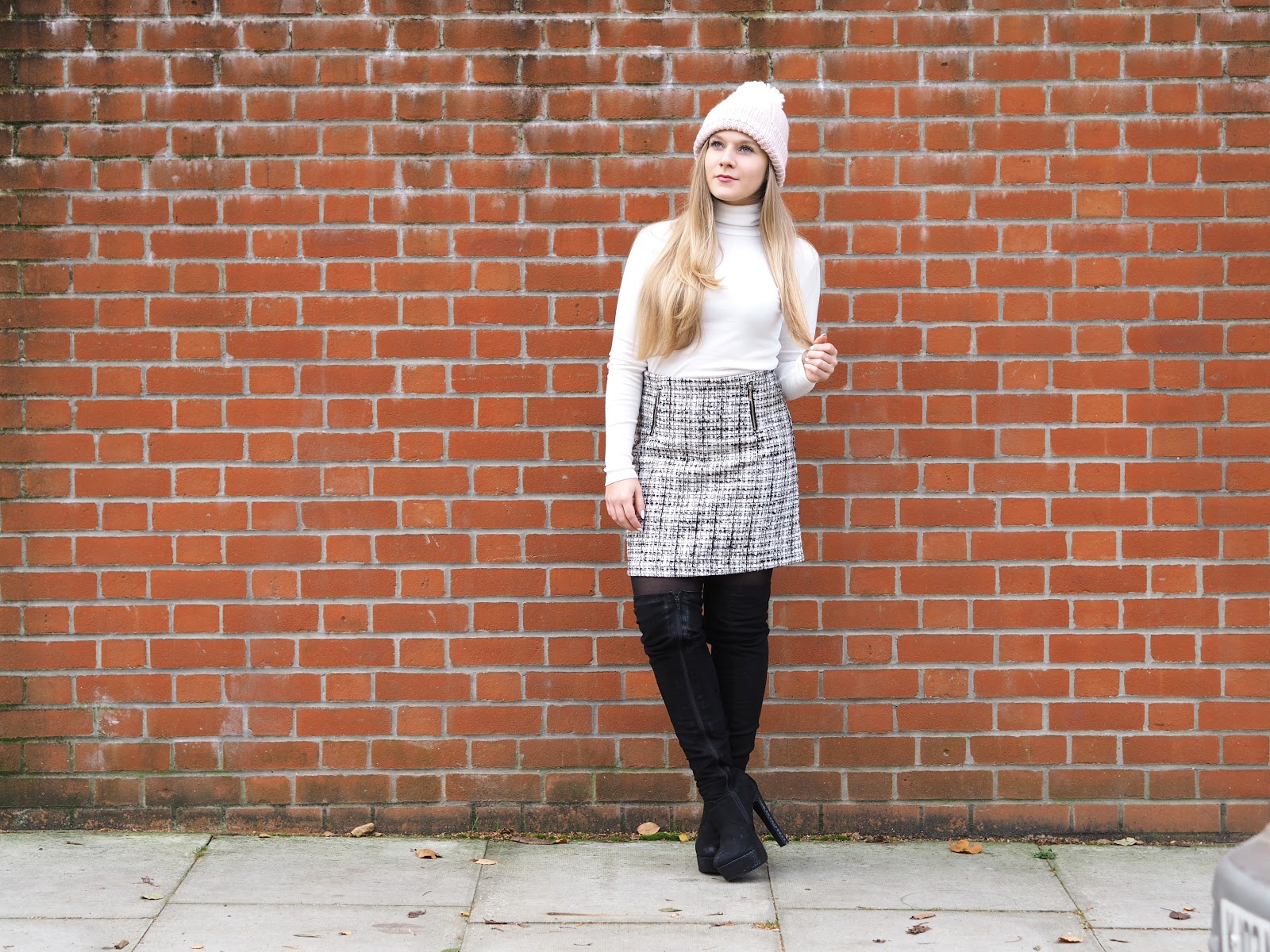 There’s one very important fashion question this winter. Are you a Beanie or a Bobble? Matalan asked me which I was, as part of their new campaign to support Alder Hay Children’s Hospital Charity.

Last year, Matalan’s Alphabet Scarf campaign with Alder Hay raised over £65,000 which contributed to the building of the new state-of-the-art Research, Education and Innovation Centre alongside Alder Hay’s new world-class hospital. This Christmas they’ve teamed up again to help raise even more money to enable Alder Hay to develop better, safer, medicines for children across the UK and throughout the world.

Never wanting to look like a balled turkey straight from the Christmas buffet, I always choose a Bobble hat. They’re more flattering for my head shape and I always think they’re quite fun. Abbey Clancey agrees with me and I’m not arguing with a supermodel! 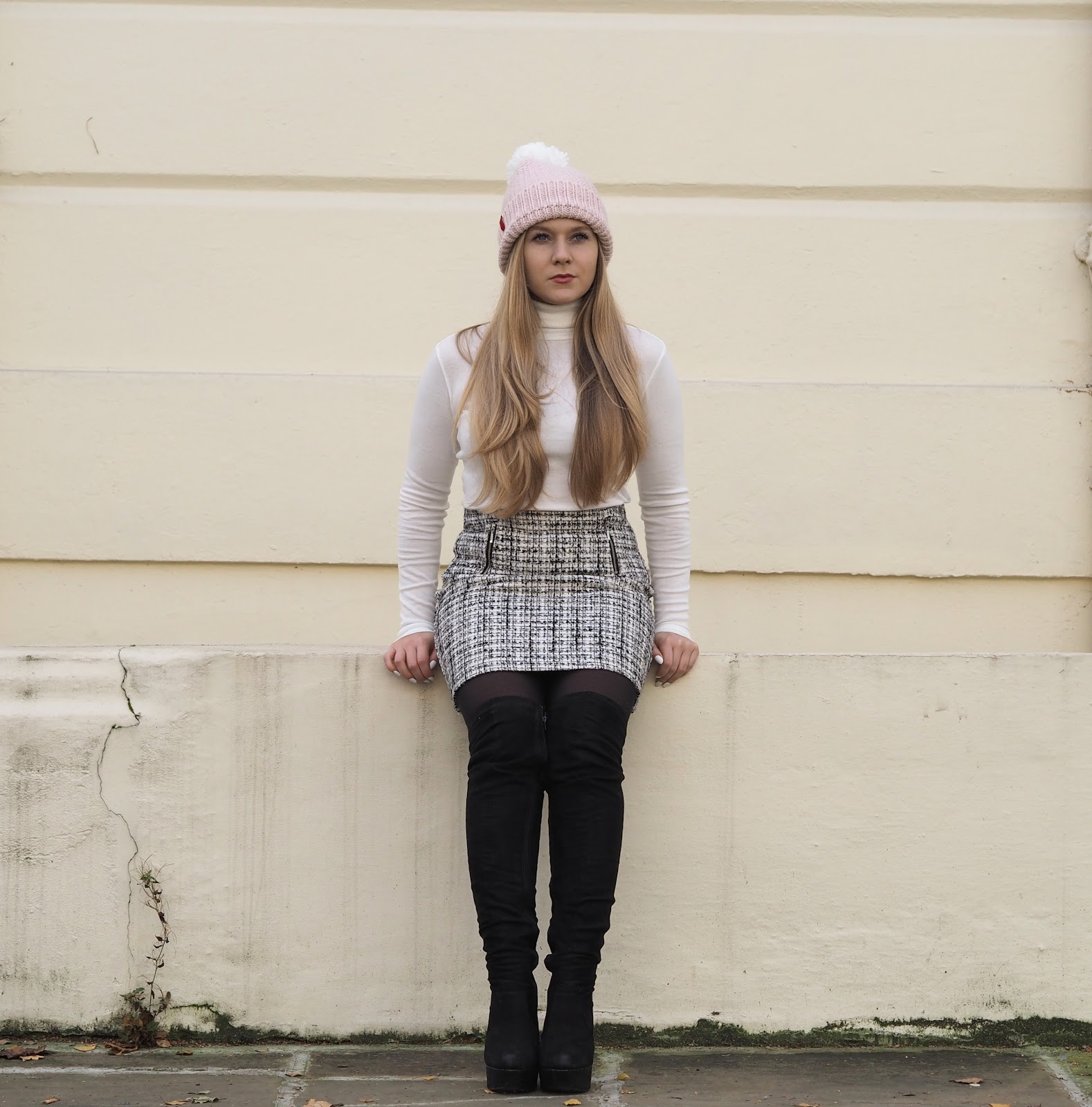 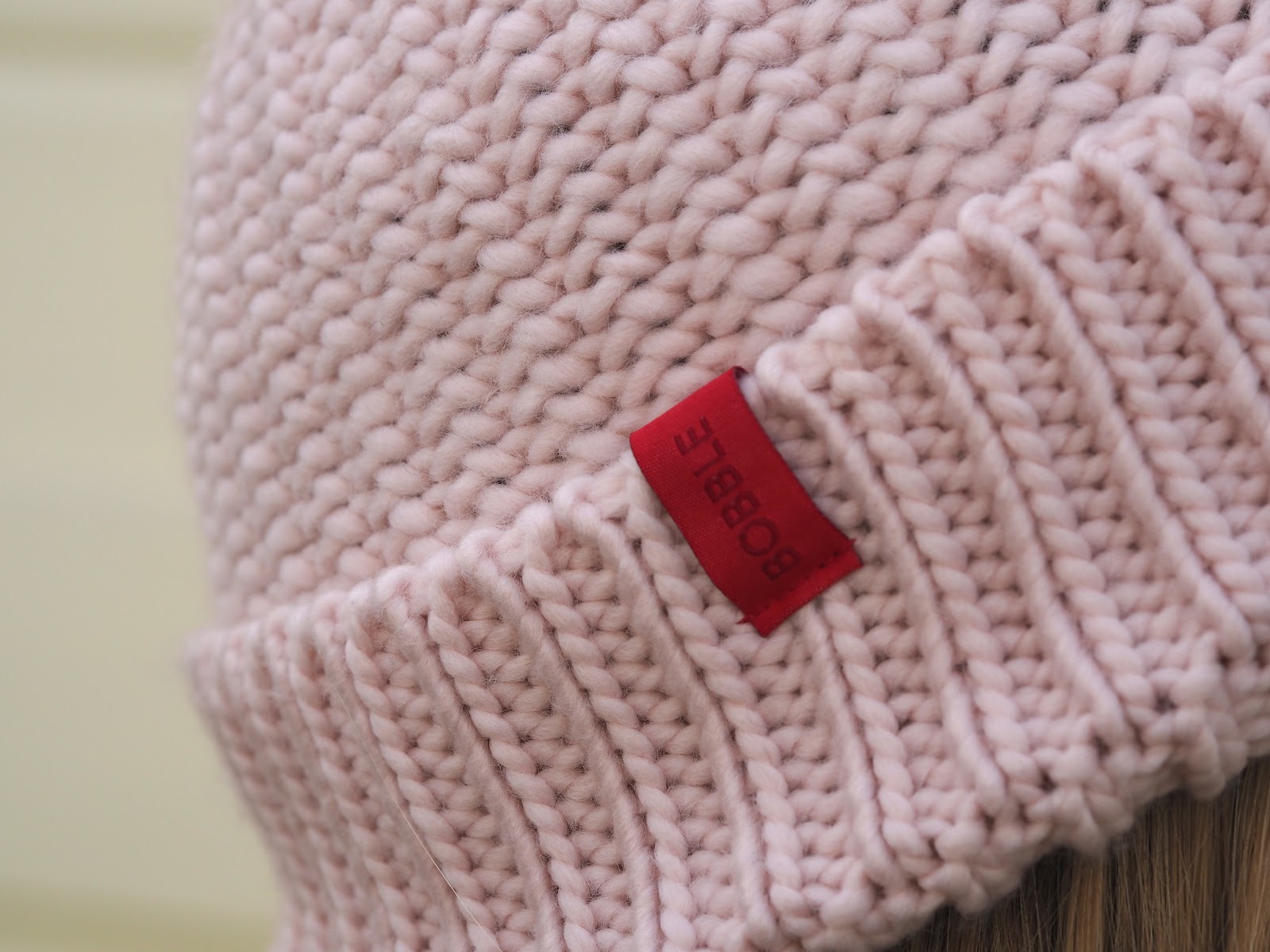 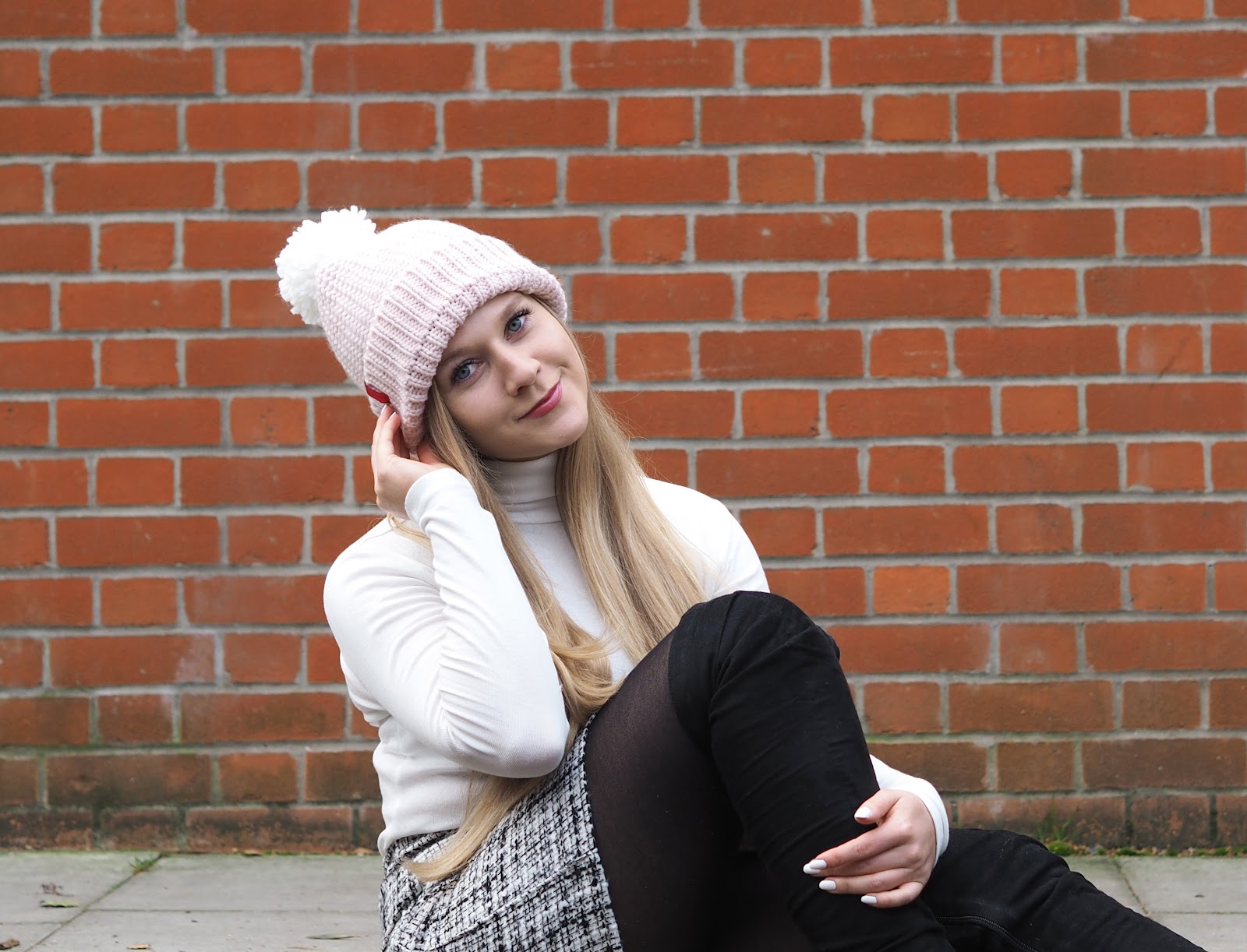 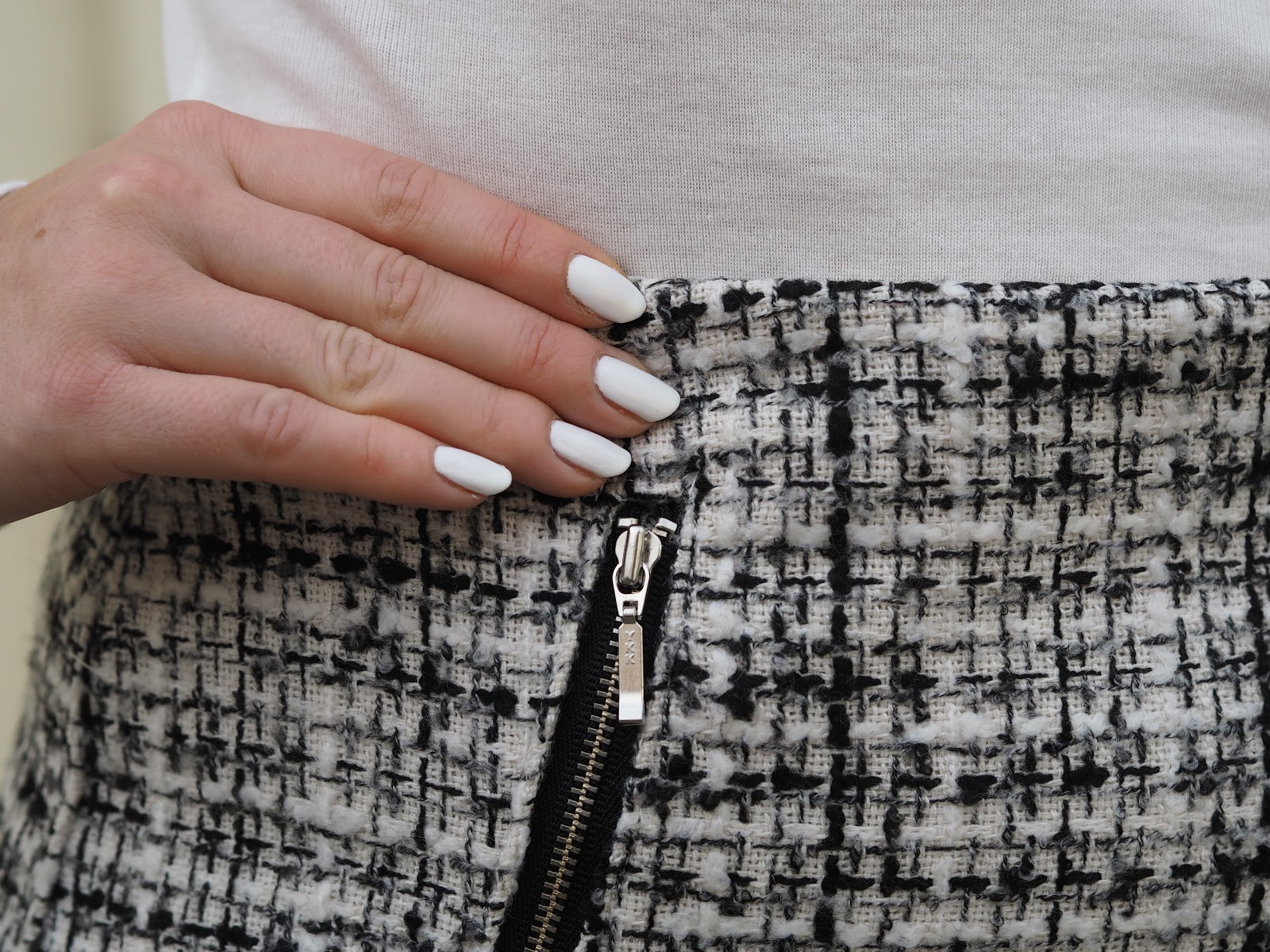 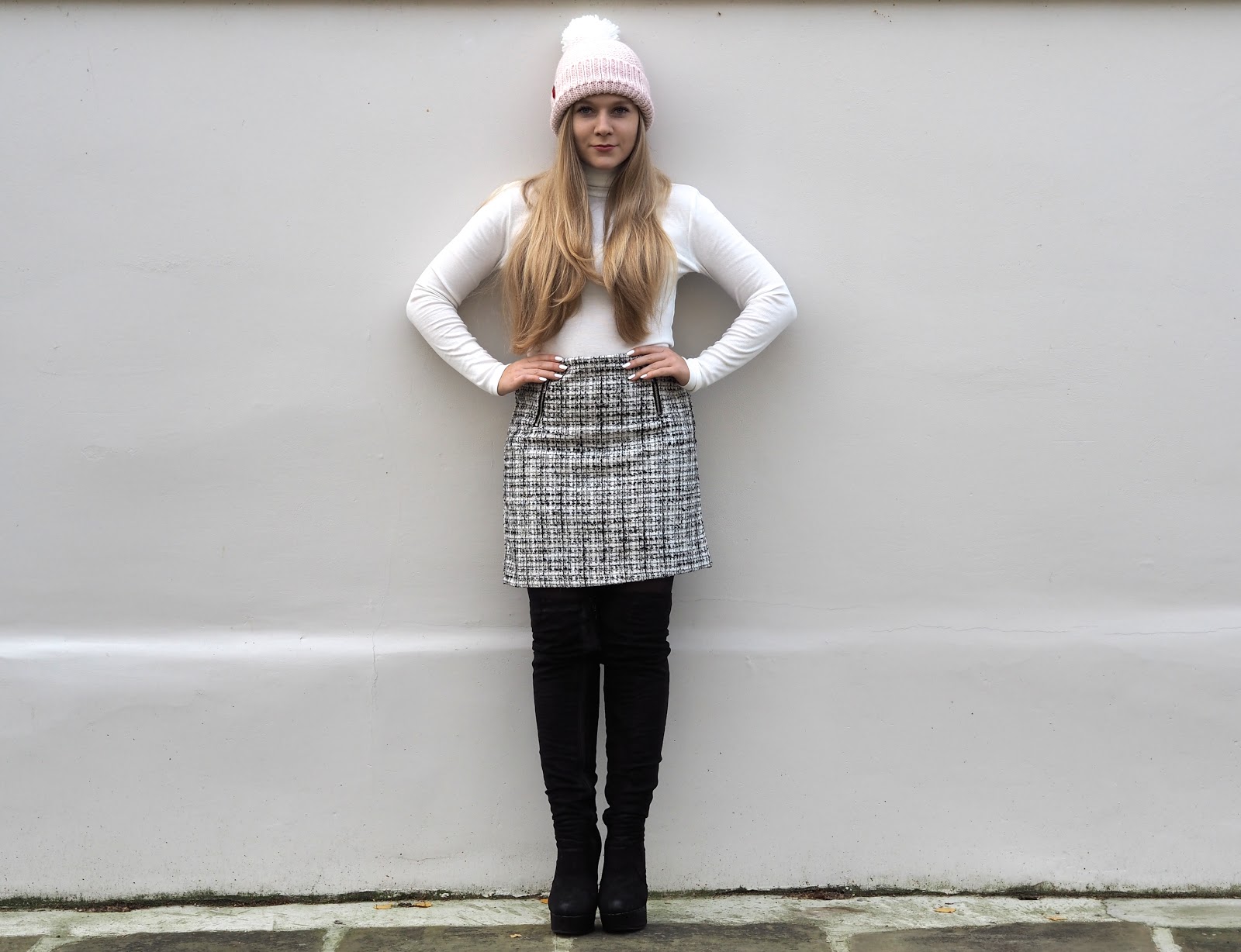 My Bobble of choice is the pink and cream which goes perfectly with this gorgeous soft cream roll neck top and tweed style, zip detail skirt both from Matalan.

Combined, this is the style I’ll be wearing all winter long. Practical and cosy, but feminine and fun at the same time. Especially wearing boots like this, it’s an effort to keep a mini skirt from looking too overly flirty so the Bobble hat is the perfect accessory to make it less serious. 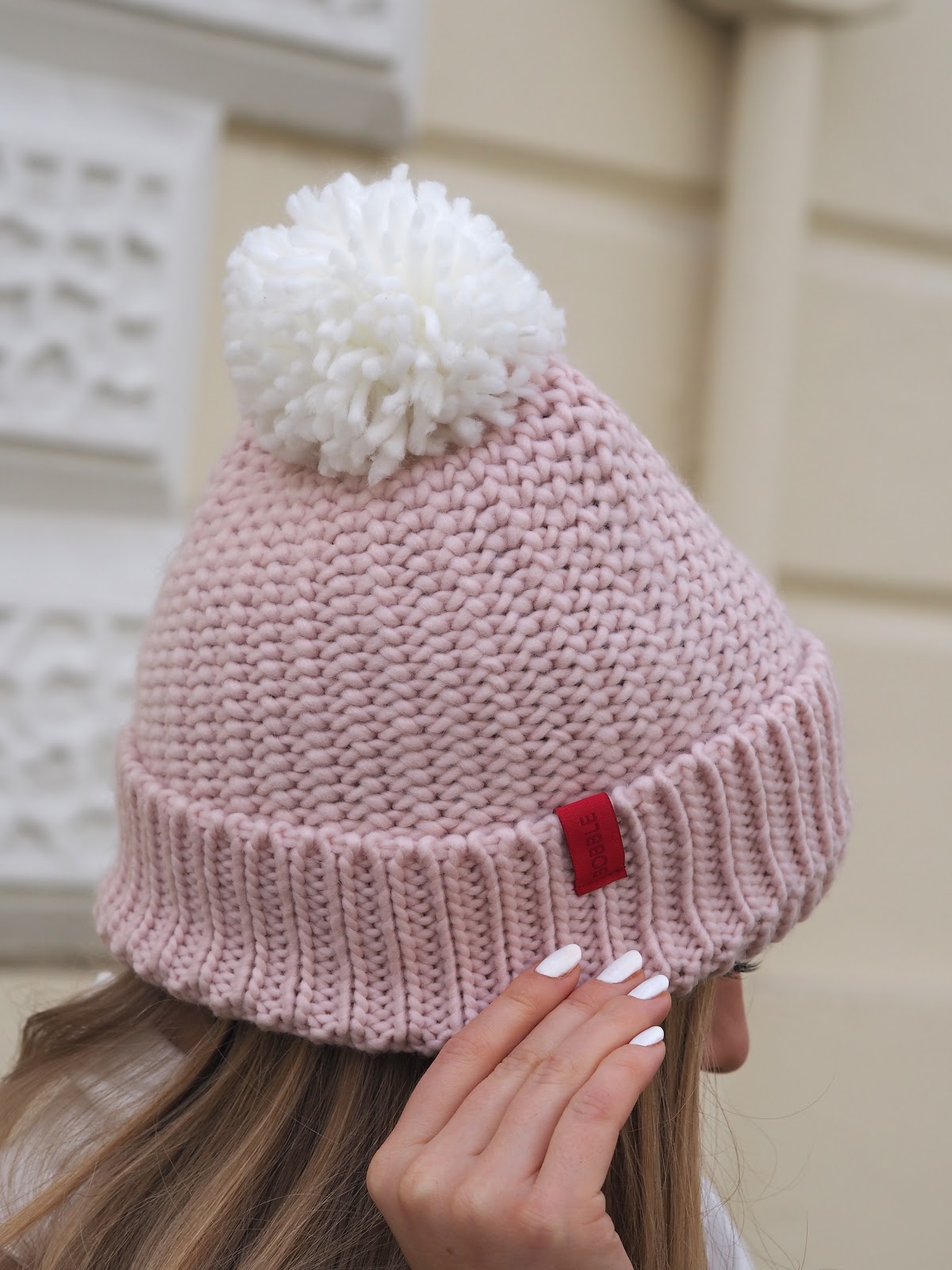 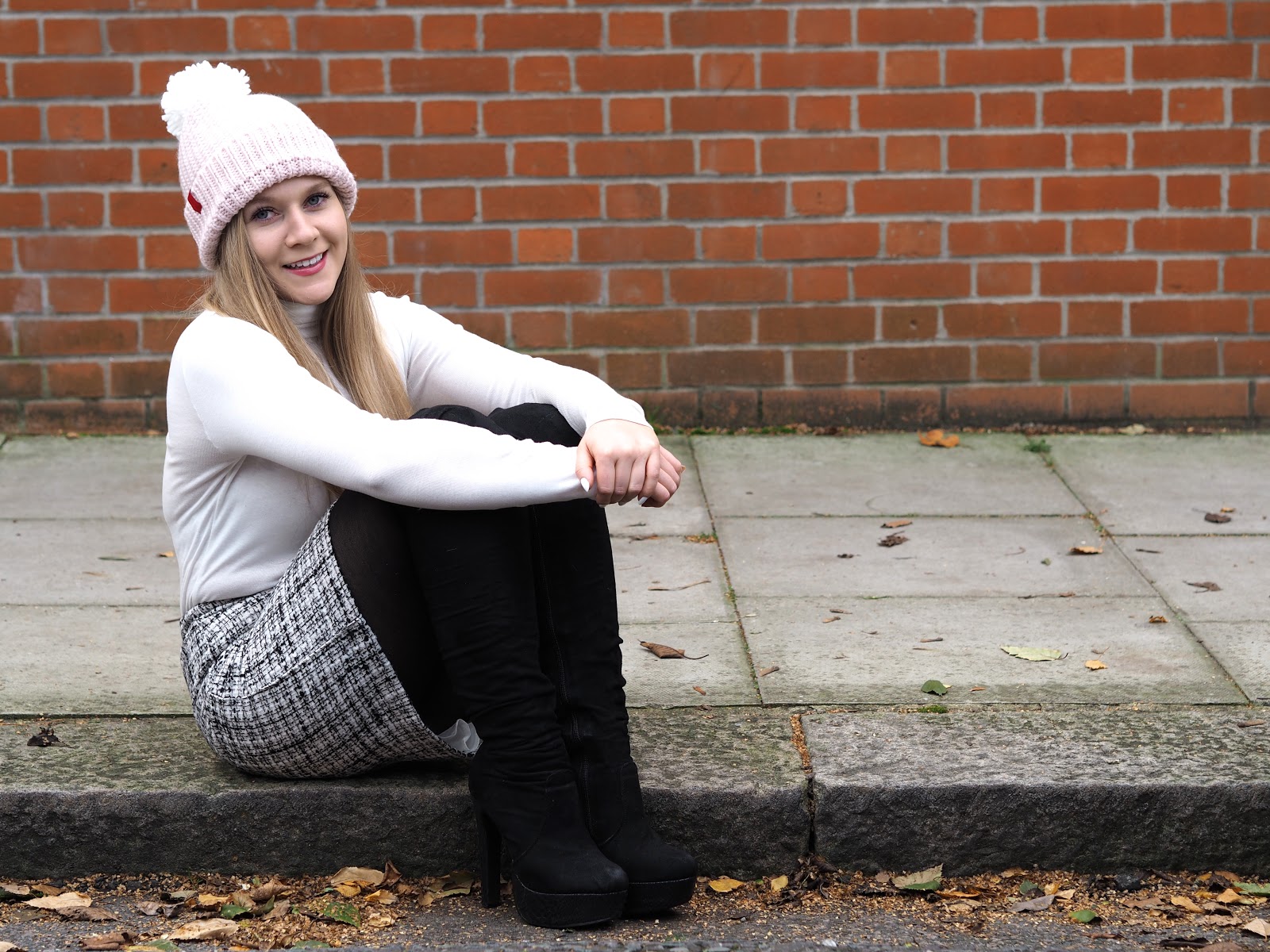 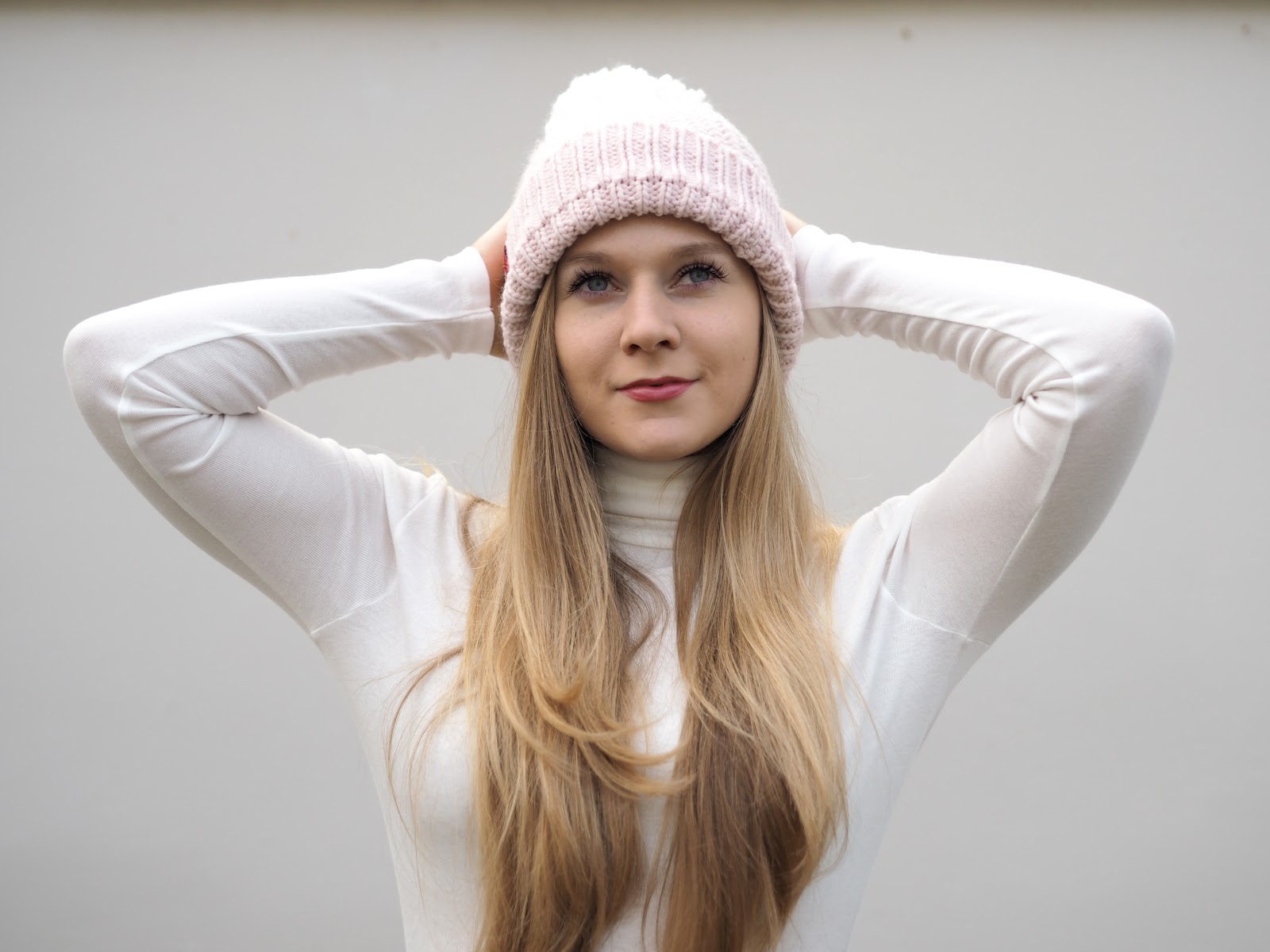 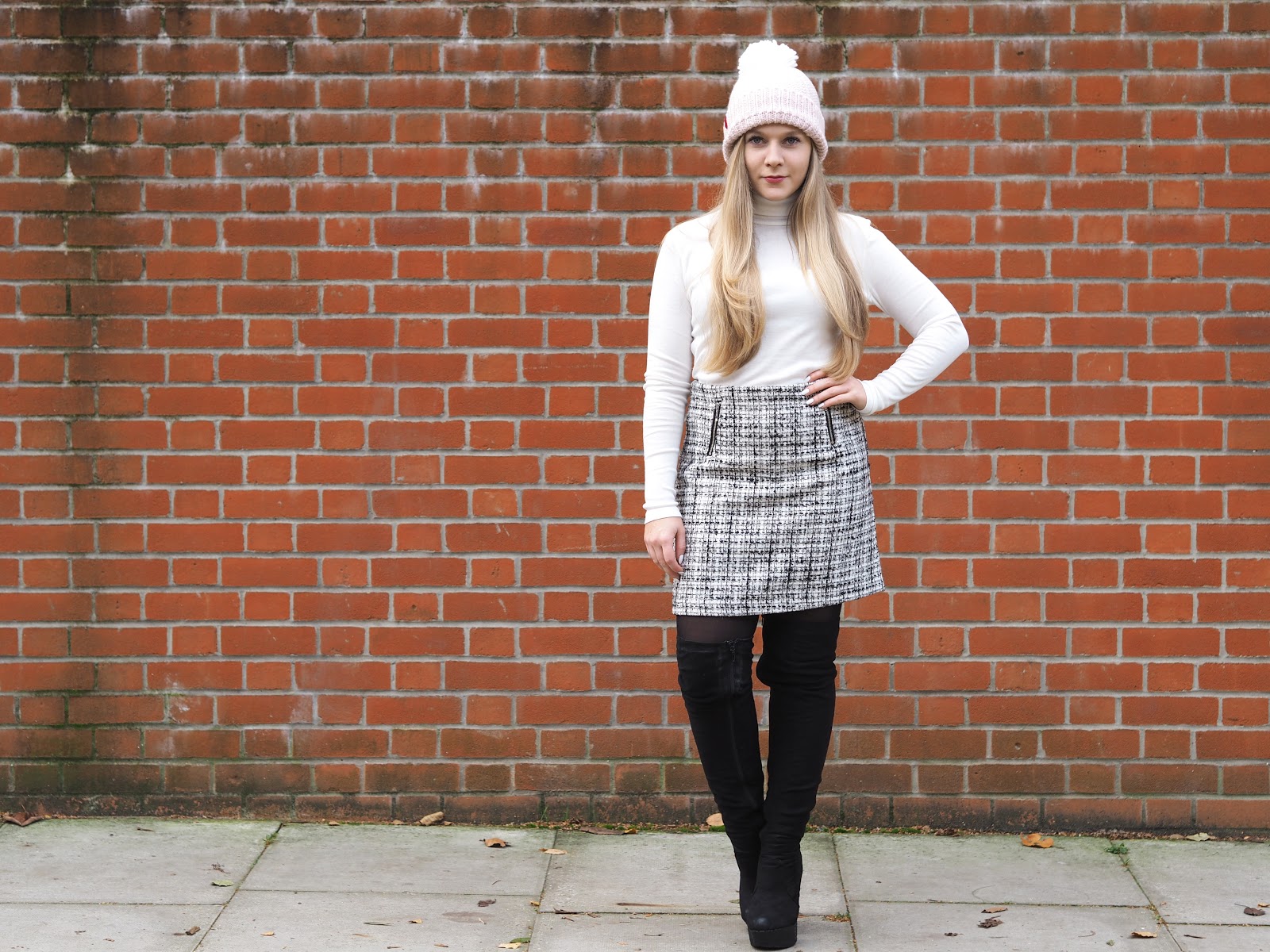 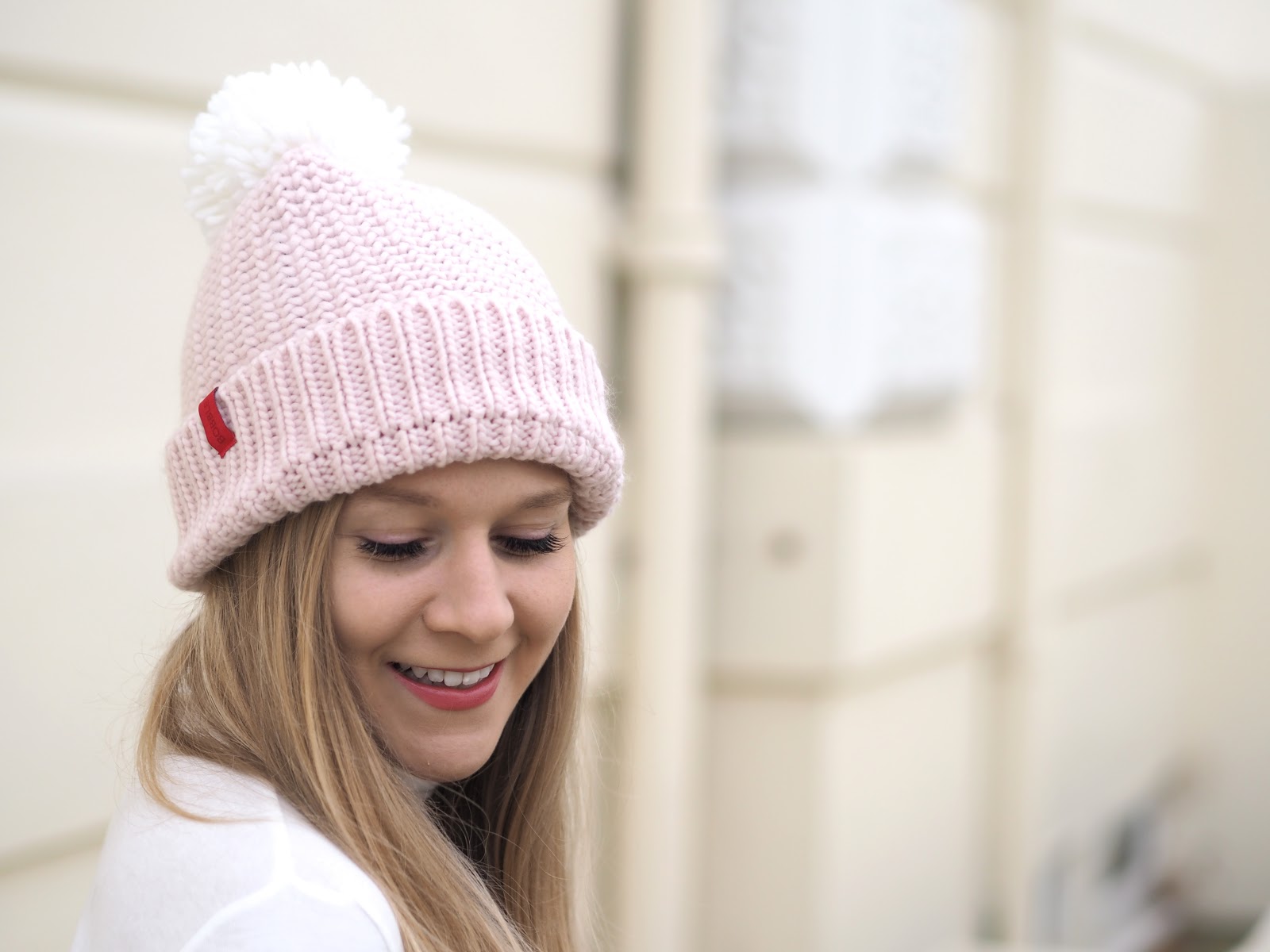 100% of the profit from each Beanie or Bobble Hat, sold from Matalan, goes to Alder Hay Children’s Charity. They make such a great stocking filler, Christmas present, or even just a little treat to yourself. Plus you can be thankful in the knowledge that you’ve contributed to such a great cause.