I am a self confessed Afternoon Tea addict.

If only they weren’t so fatty. All those carbs, cakes, scones… it’s so much! What if there was an afternoon tea that was guilt free but still entirely decadent?

Welcome the Guilt Free Afternoon Tea from The Wellington Lounge at The Intercontinental, Park Lane. 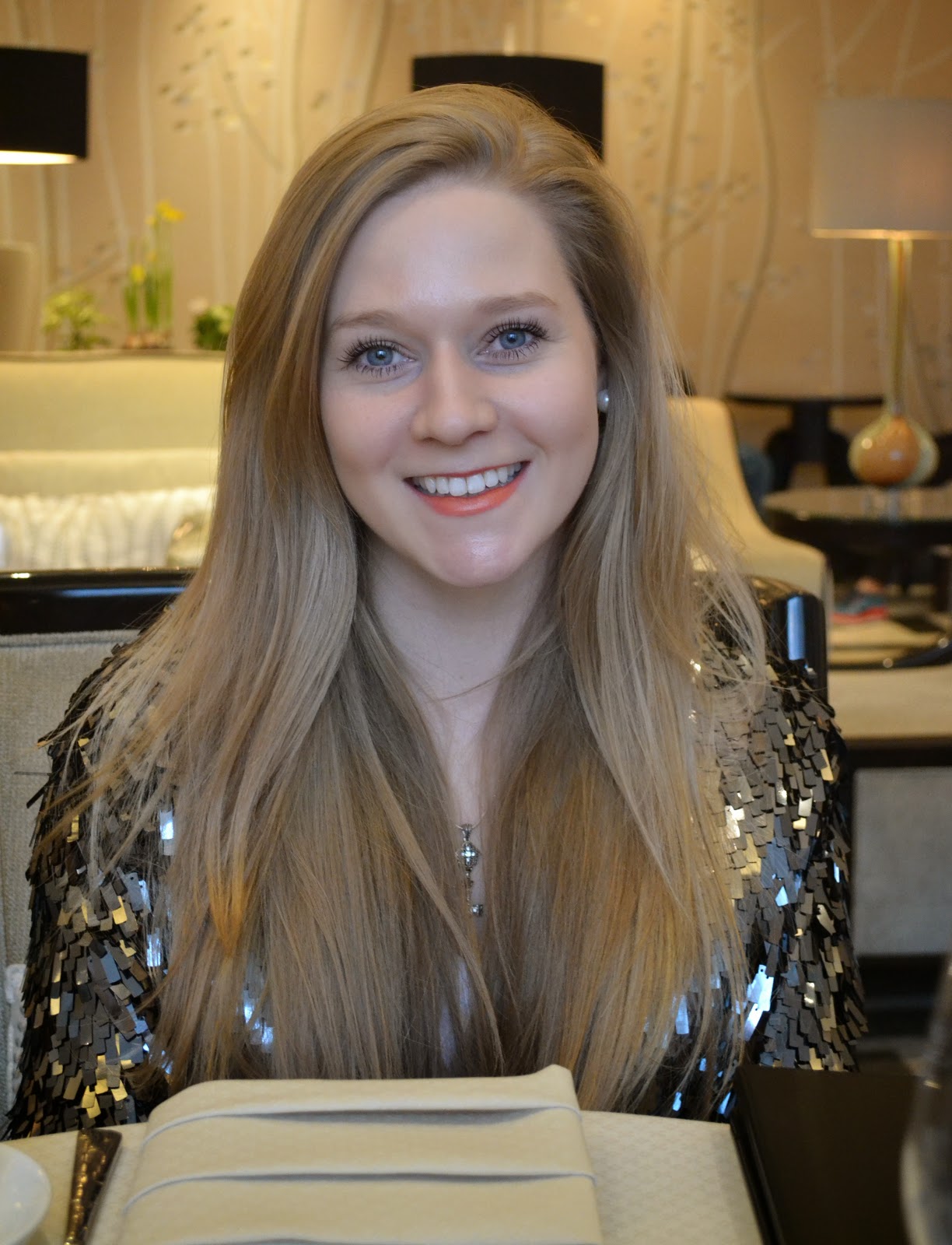 Ok, so it’s not entirely guilt free, but there are replacements and alternatives that they offer to make the entire meal as light as possible for you. The tea can also be tailored to be gluten free and dairy free. You can advise of any dietary requirements you have and the kitchen will do their best to accommodate!

But, I know what you’re really thinking. Is it any good? Let’s have a look. 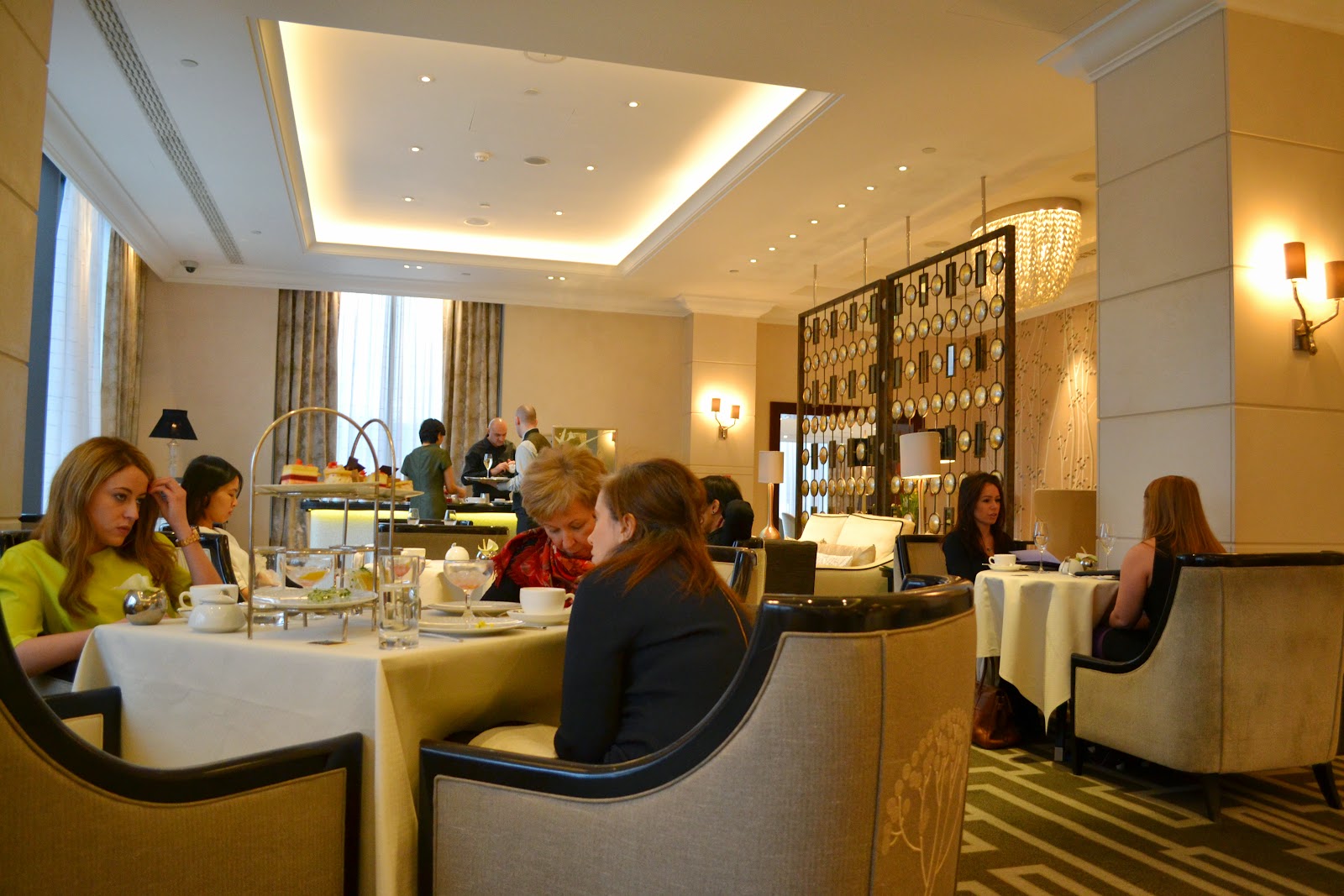 Firstly, it just so happened that we arrived for tea and some fellow friends and bloggers were also sampling the delights of The Wellington Lounge. Angie, Zoe, Suze and Lucy were having a little get-together so we made sure we said hi to them before we took our seats.

The Lounge is beautiful. Typical luxury. Crisp, pressed table clothes, big comfy arm chairs and chandeliers. The Gentleman wasn’t terribly impressed with the chairs as the arms weren’t high enough for him, but I found them fit for purpose.

Once we’d chosen our desired menu, a cocktail was placed in front of us. 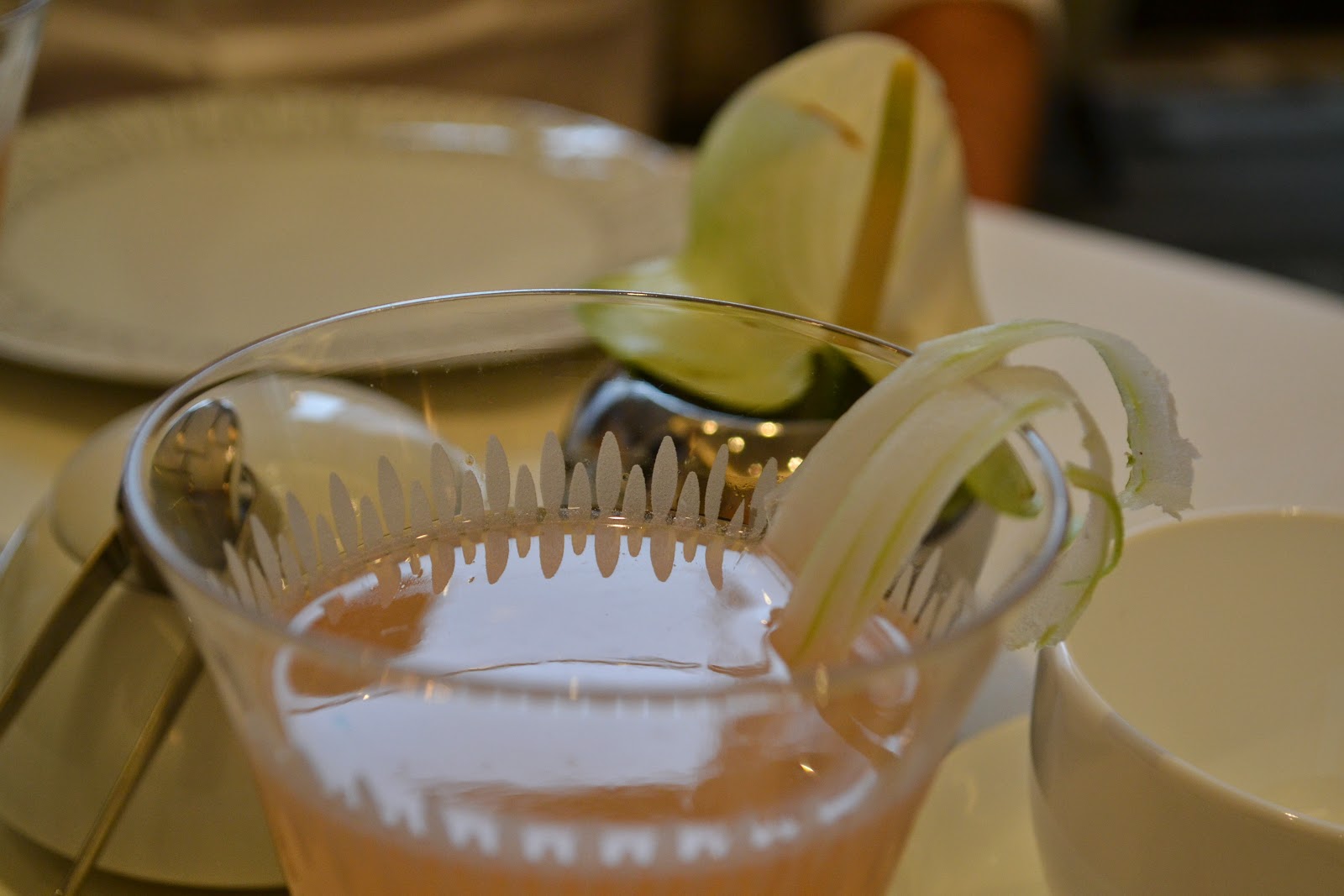 So beautiful. A Cane Rum, Fennel, Lime Juice and Agave Syrup concoction served in a beautiful glass and garnished with fresh fennel. One of the sweetest, best cocktails I’ve had in a long time. The Gentleman wasn’t even supposed to be drinking, but I couldn’t prise that sweet nectar from his hands!

Before long the platters were brought out to us. Along with a Chai Black Tea Fusion to go with our sandwiches, of which we had one plate each.

Smoked Aubergine and Roasted Piquillio Pepper with Crisp Celeriac. This was my second favourite. The aubergine was perfectly cooked and deliciously smooth on a half of bread very similar to a choux bun.

Thyme roasted Butternut Squash with Balsamic Caviar and Fresh Dill. This was yummy too, although I wasn’t sure on how the butternut squash was prepared. There were too many pieces that all fell into your mouth at once so it was a strange sensation when eating it. The Balsamic Caviar was just genius though and the flavours combined effortlessly.

Nettle Marinated Asparagus Rolled in Courgette Ribbons. Again, not my favourite ‘sandwich’ – the asparagus was a little too aldente and the bread tasted slightly stale.

My favourite, by far, was the Basil Marinated Manouri Cheese with Cucumber and Apple Relish – this was the most decadent, yet still good. Anything with cheese and relish wins me over and this was no exception. I’m only sorry I didn’t get a photo of the delicious morsel.

Of course, everyone knows the scones are next. I have to admit though I was getting quite full at this point. Especially as we had two of each of the sandwiches on each of our plates.

The scones were gluten free, so we didn’t exactly expect huge and fluffy dough buns to appear before us. I do think think the kitchen and Chef did rather well with the scones that did appear though! One plain and one with currents. We were a little naughty and asked for clotted cream to accompany our scones instead of the creme fraiche. What can I say, I’m a scone snob. If there’s no devonshire clotted cream then it just isn’t good enough.

The waiter was more than happy to provide us with the alternative, high fat, option and did so very subtly! 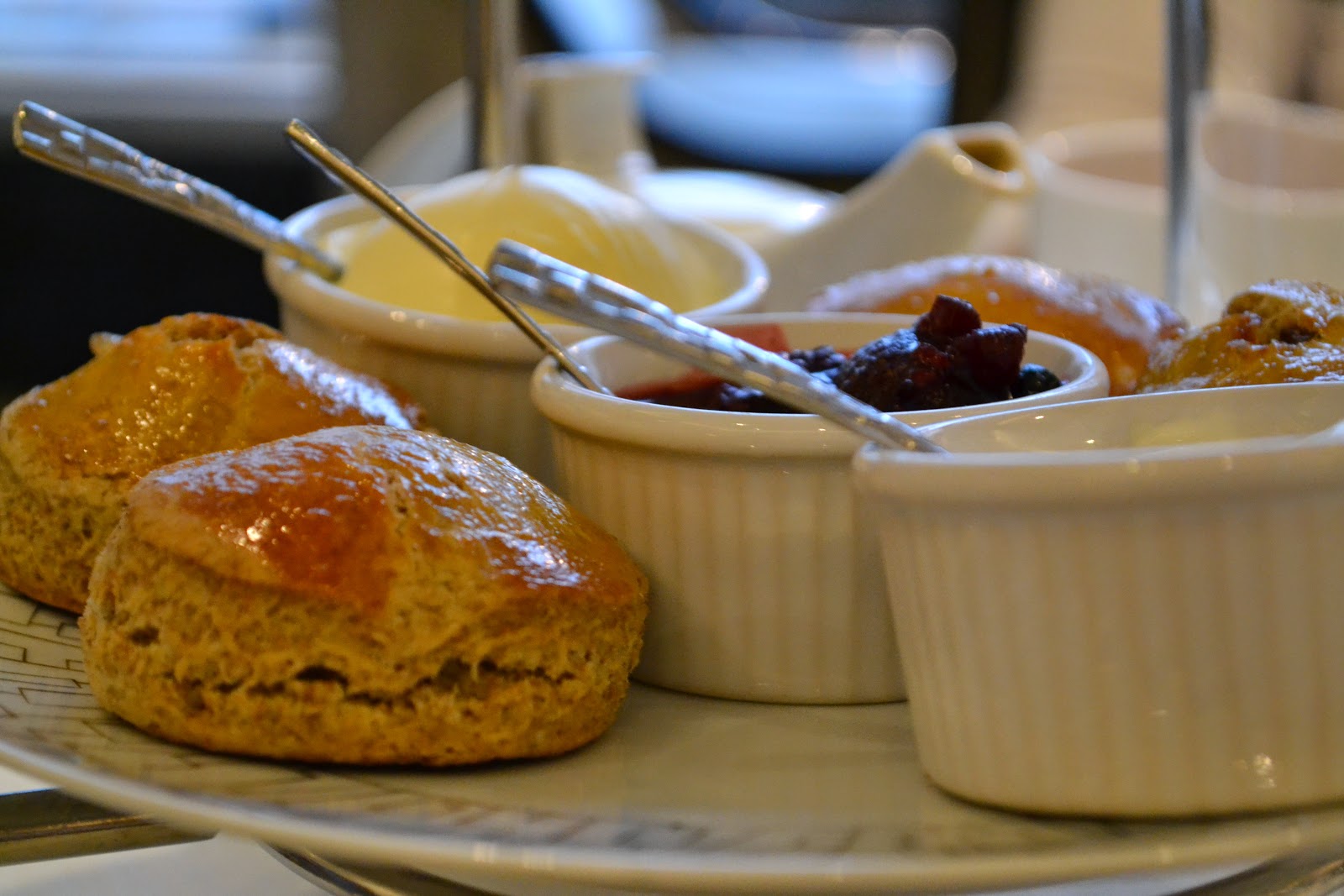 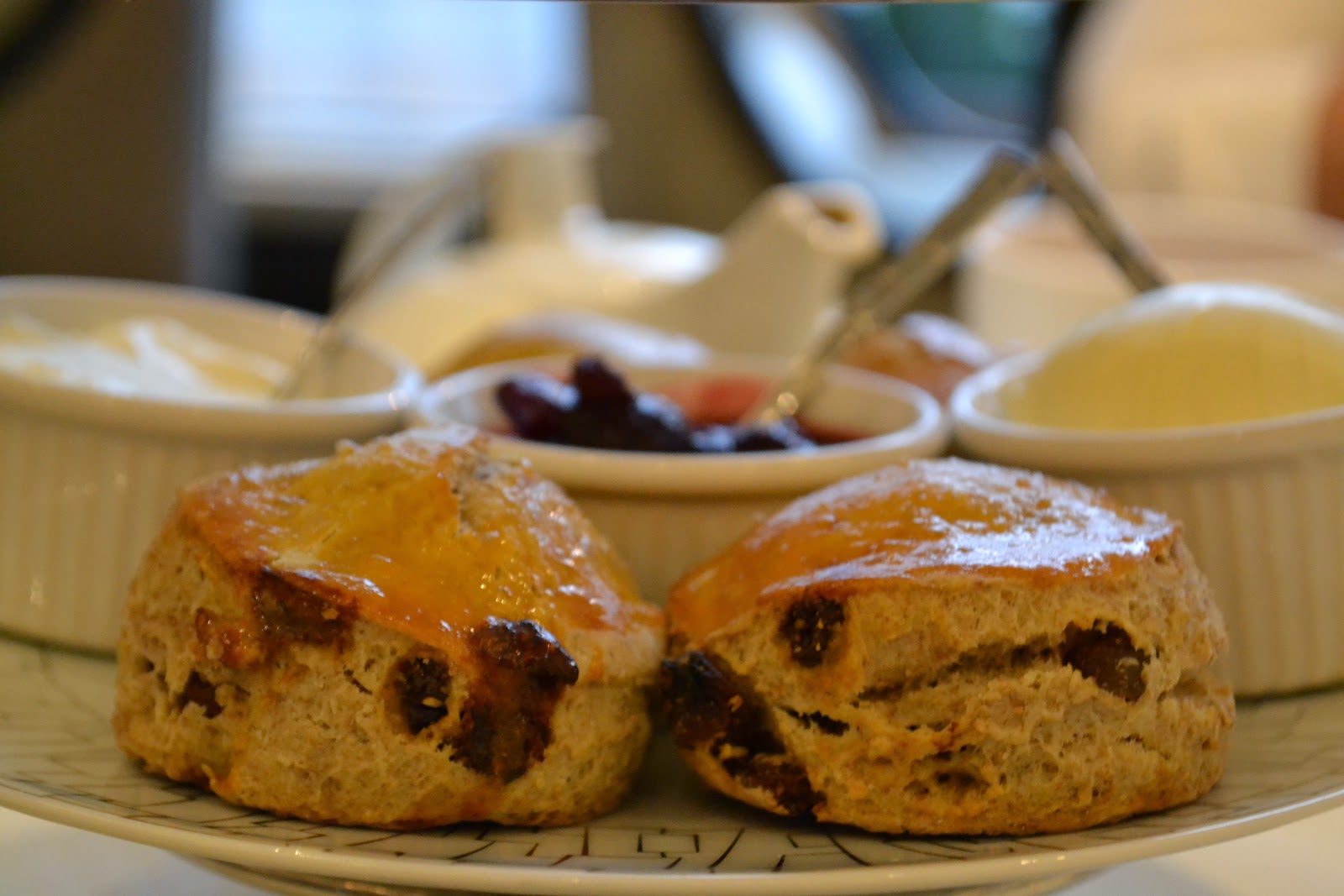 The scones were lovely. A little denser than normal scones, but good all the same.

Finally, it was time to break into the top tier of trays; the puddings.

We were also given a fresh pot of tea each to compliment the cakes. A Madagascan Vanilla Black tea. Delightfully fragrant and incredibly sweet.

Side note – a rash appeared across my chest during the meal. It disappeared before we finished, so I have no idea what it was. Just thought I should mention it though, in case you’re wondering why my chest is scarlet!

At this point, my cocktail had somehow disappeared, but a glass of Prosecco quickly arrived as replacement.

I have to say, that I really wasn’t much of a fan of the cakes. Maybe with cake, using alternative ingredients is just not as good as using the originals.

There were one each of the; Flourless Chocolate and Mint Cake (I hate mint and chocolate!), Polenta and Almond cake (I didn’t try, on advice from The Gentleman that I probably wouldn’t like it) and Blueberry and Yoghurt Chiffon Cake which I did actually enjoy despite not being a fan of blueberries.

The last cake was there to share, although again I passed and let The Gentleman enjoy it instead; a Red Velvet Cake Ball filled with Cream Cheese. 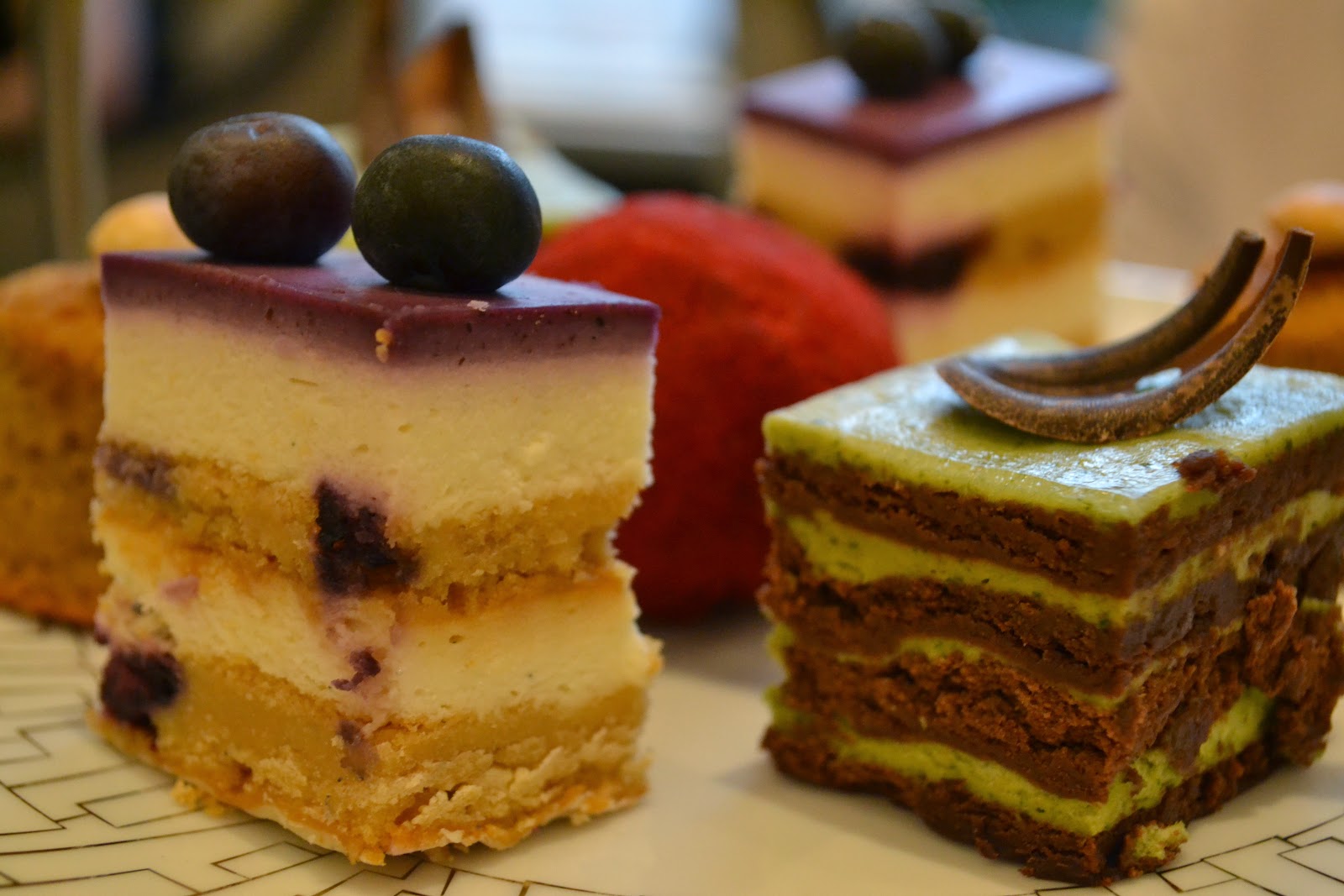 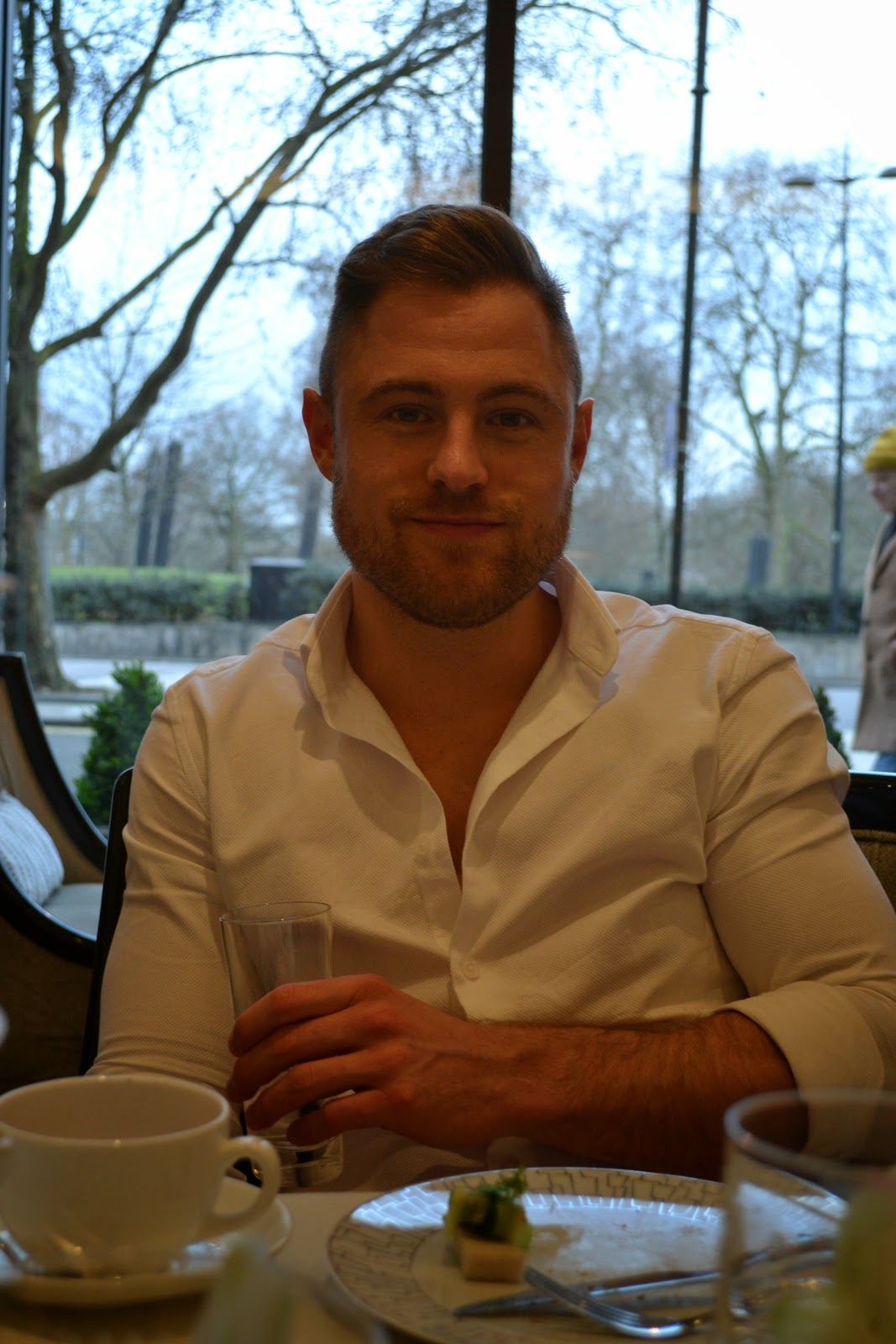 I thought the afternoon tea was lovely and there were some genius flavour combinations as well as ingredients used and it’s perfect for individuals that struggle with food intolerances. However, I think I’ll be sticking to the full fat option in future!

Have you tried any afternoon teas with alternative ingredients?

There are a number of different teas you can try at The Wellington Lounge, as well as (of course) the Guilt Free Afternoon Tea. Let me know if you try it!