It was high time I had a catch up with Jenny. She’s at an extremely exciting time in her life as she has a few new businesses launching!

With her life being manic and my life being just as hectic, we hadn’t seen each other in a long time. 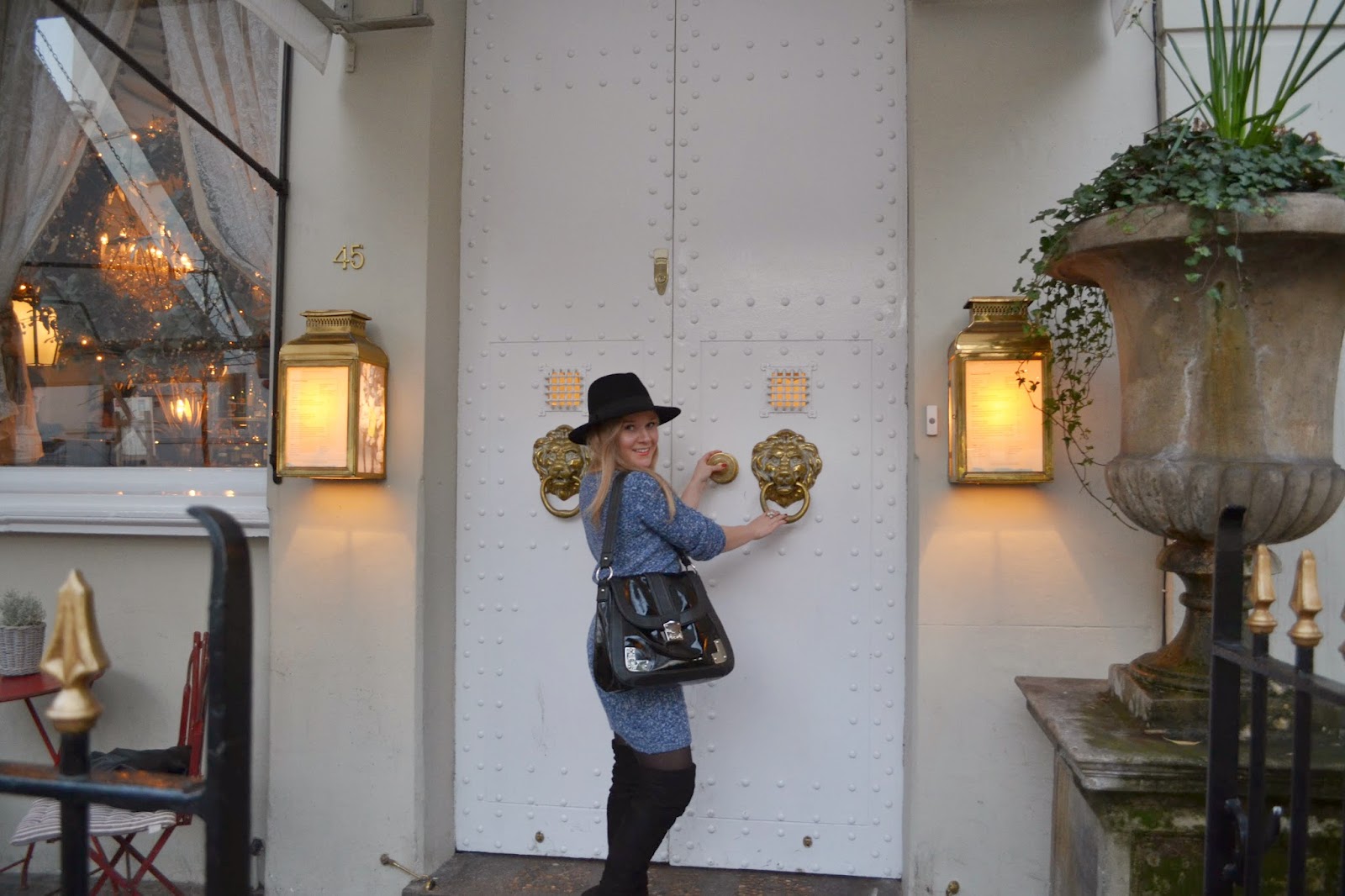 Our meeting place of choice was Beach Blanket Babylon. Neither of us had been before, so it was a great excuse to try somewhere new!

Turns out it was the perfect place for our brunch.

I had requested a table in the window (us bloggers and our lighting hey!?!) but when I arrived, the host apologised and explained that she had given it to a couple. I didn’t think too much of it and was placed at another table by the window instead. Jenny finally arrived (admittedly we both got lost on the way) and we were ready to feast. 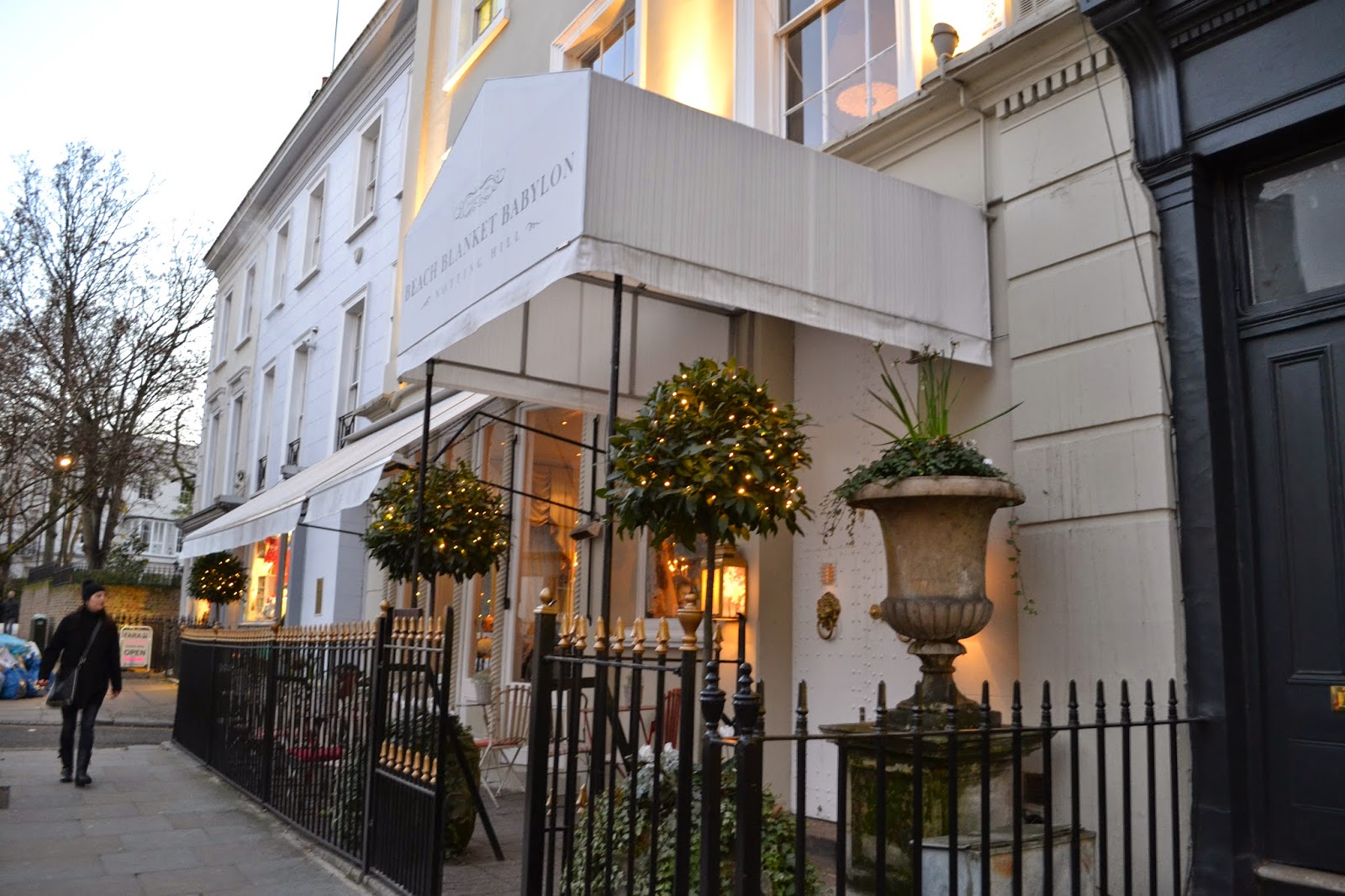 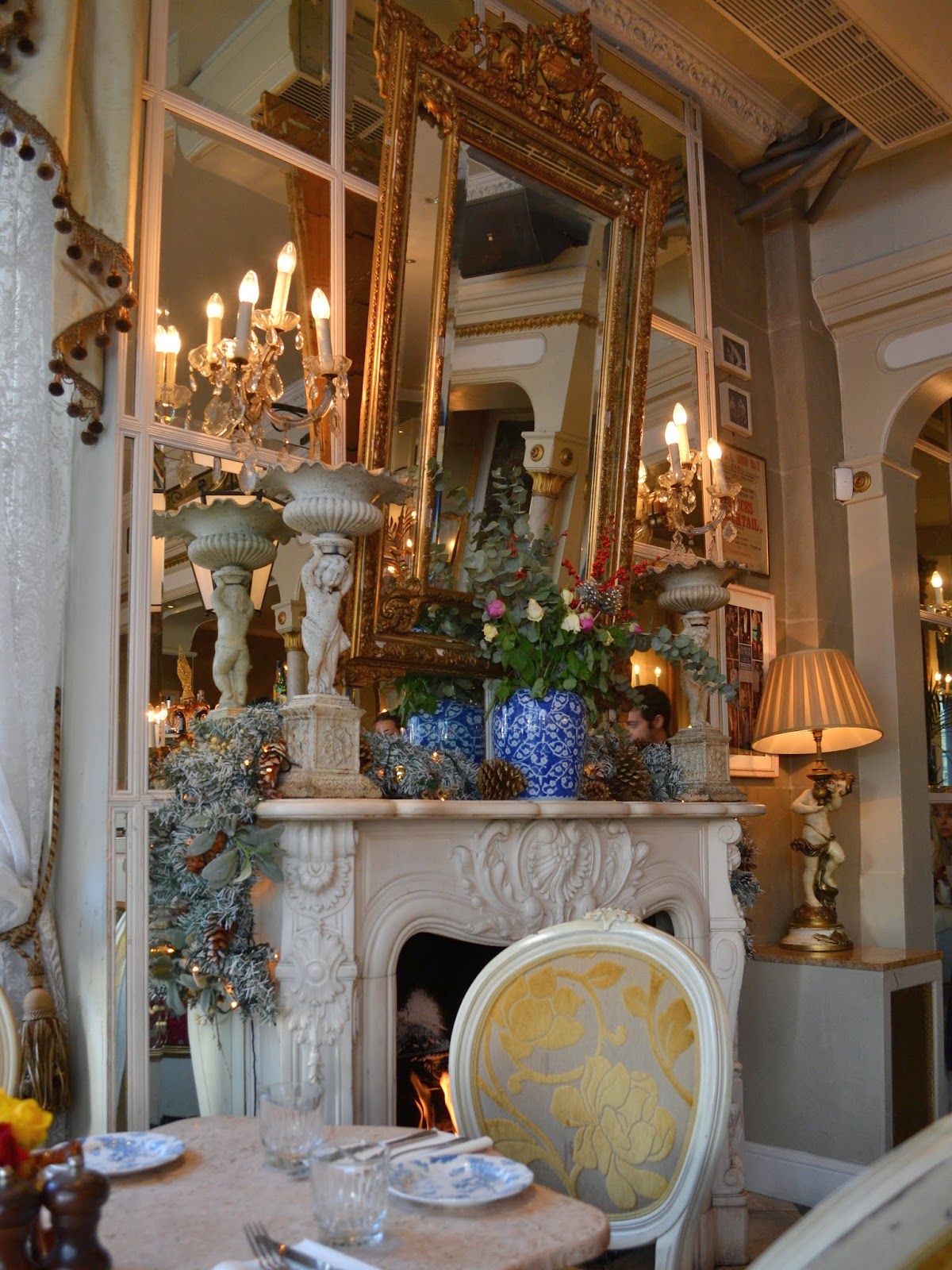 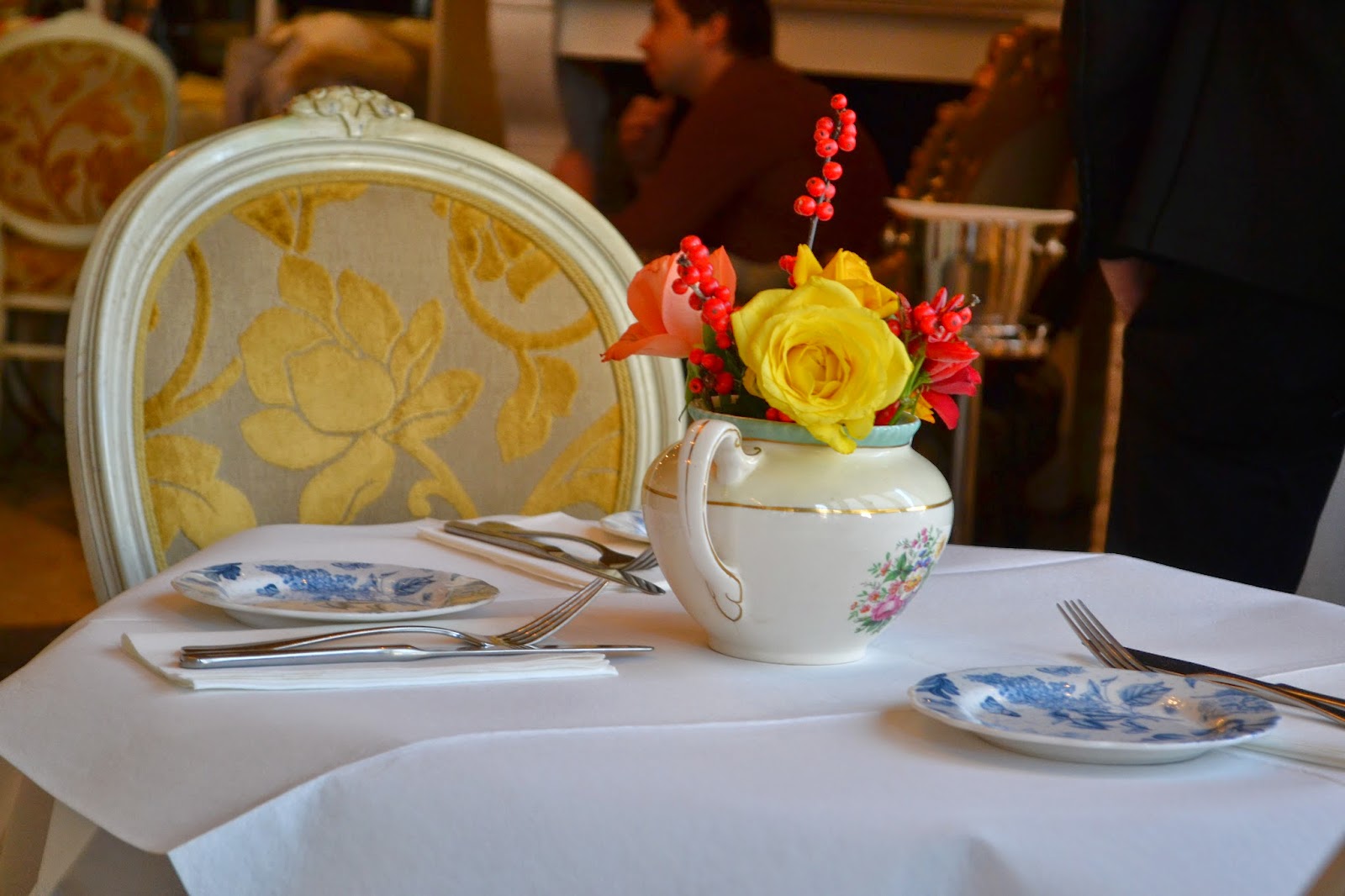 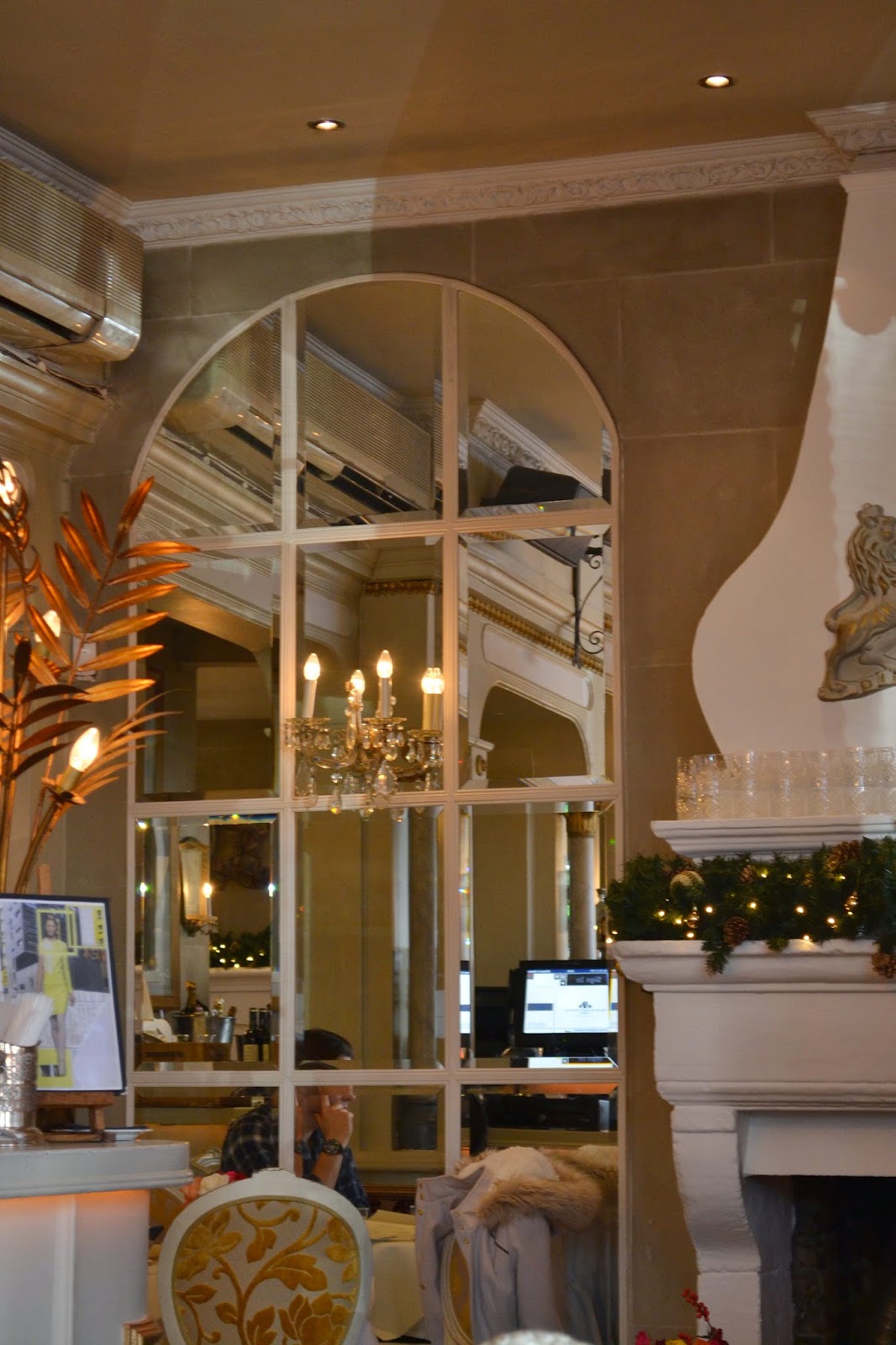 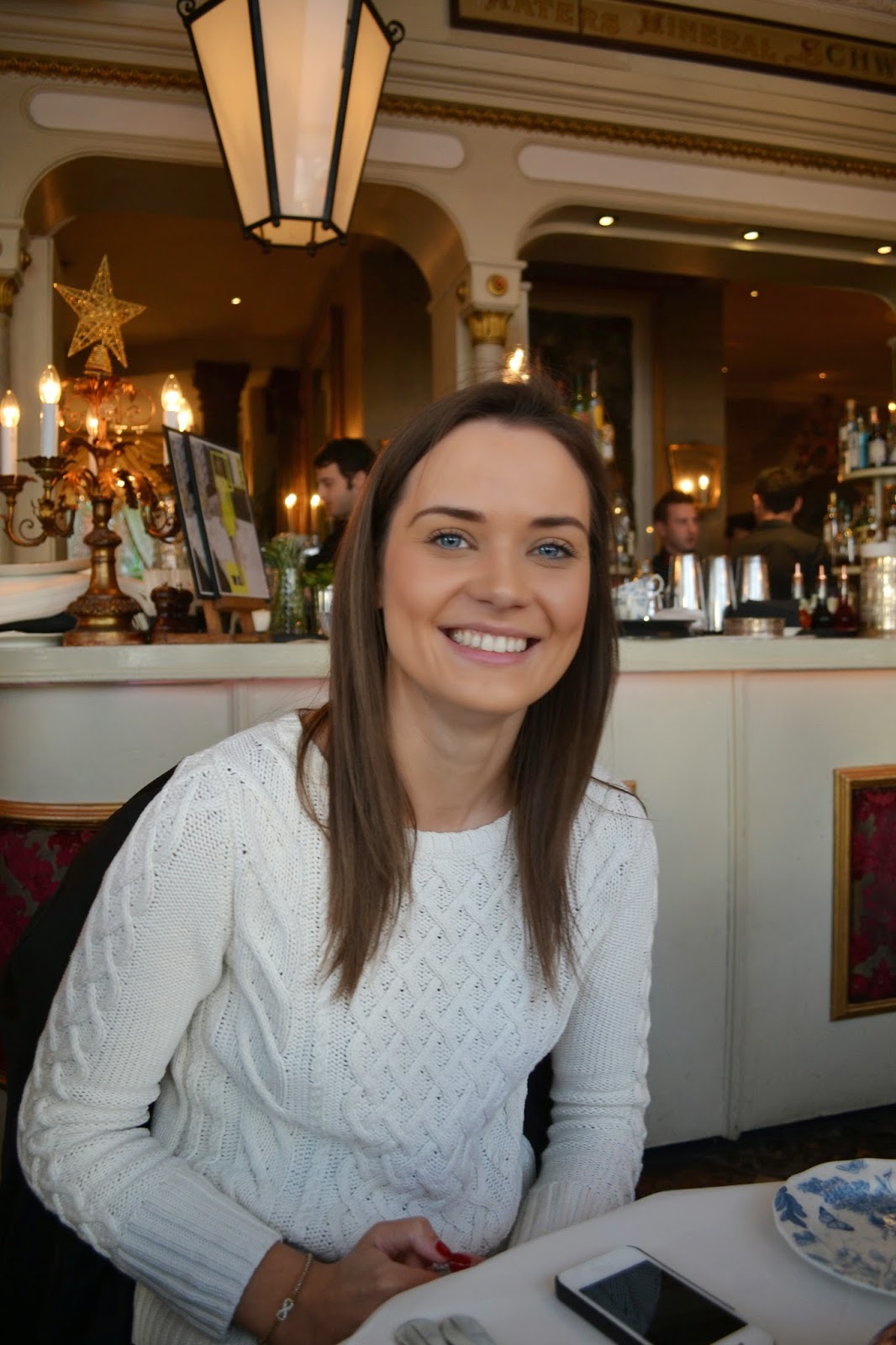 We decided that it would be sensible to have some breakfast tea to start and maybe sample the cocktail menu after we’d had some food. 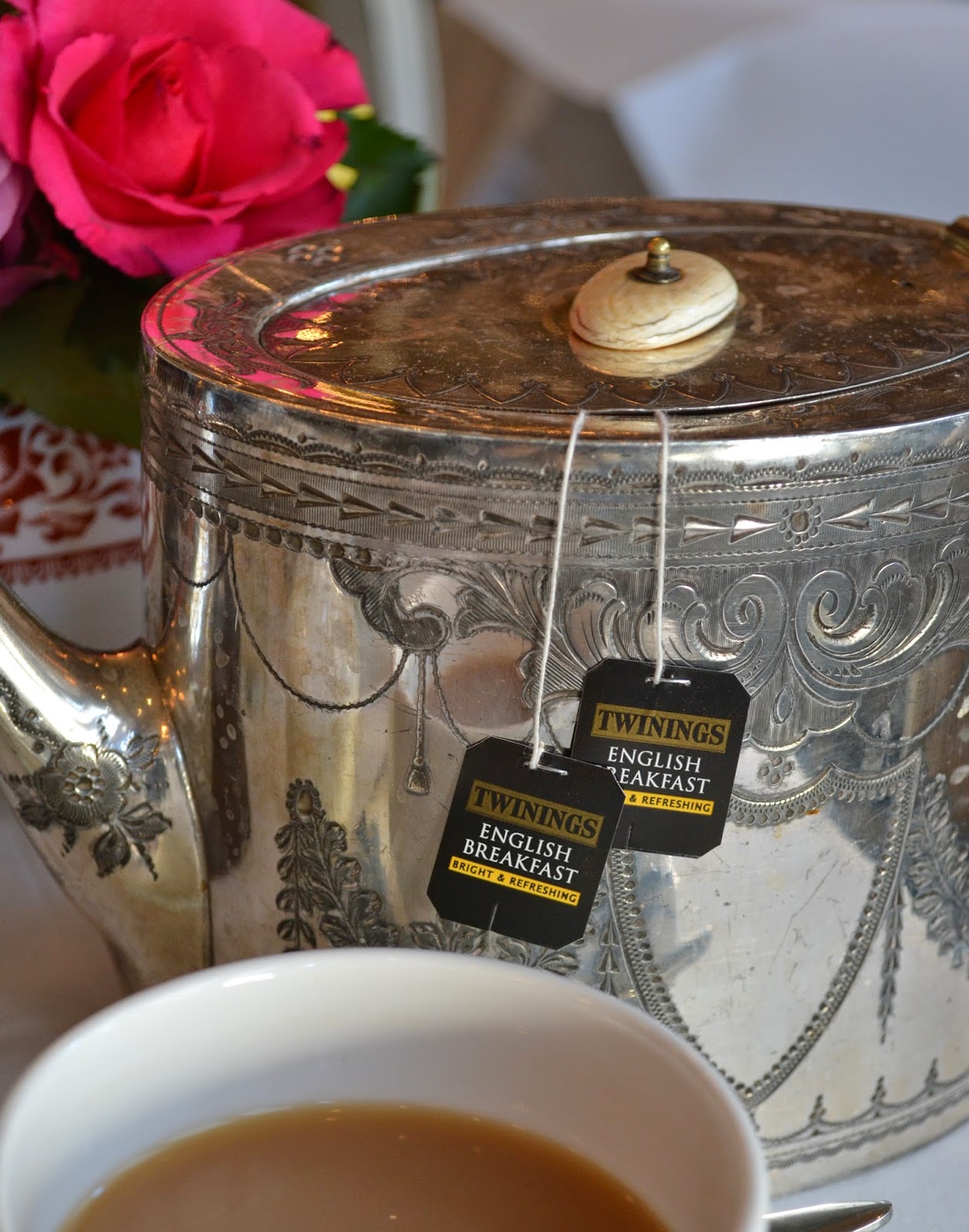 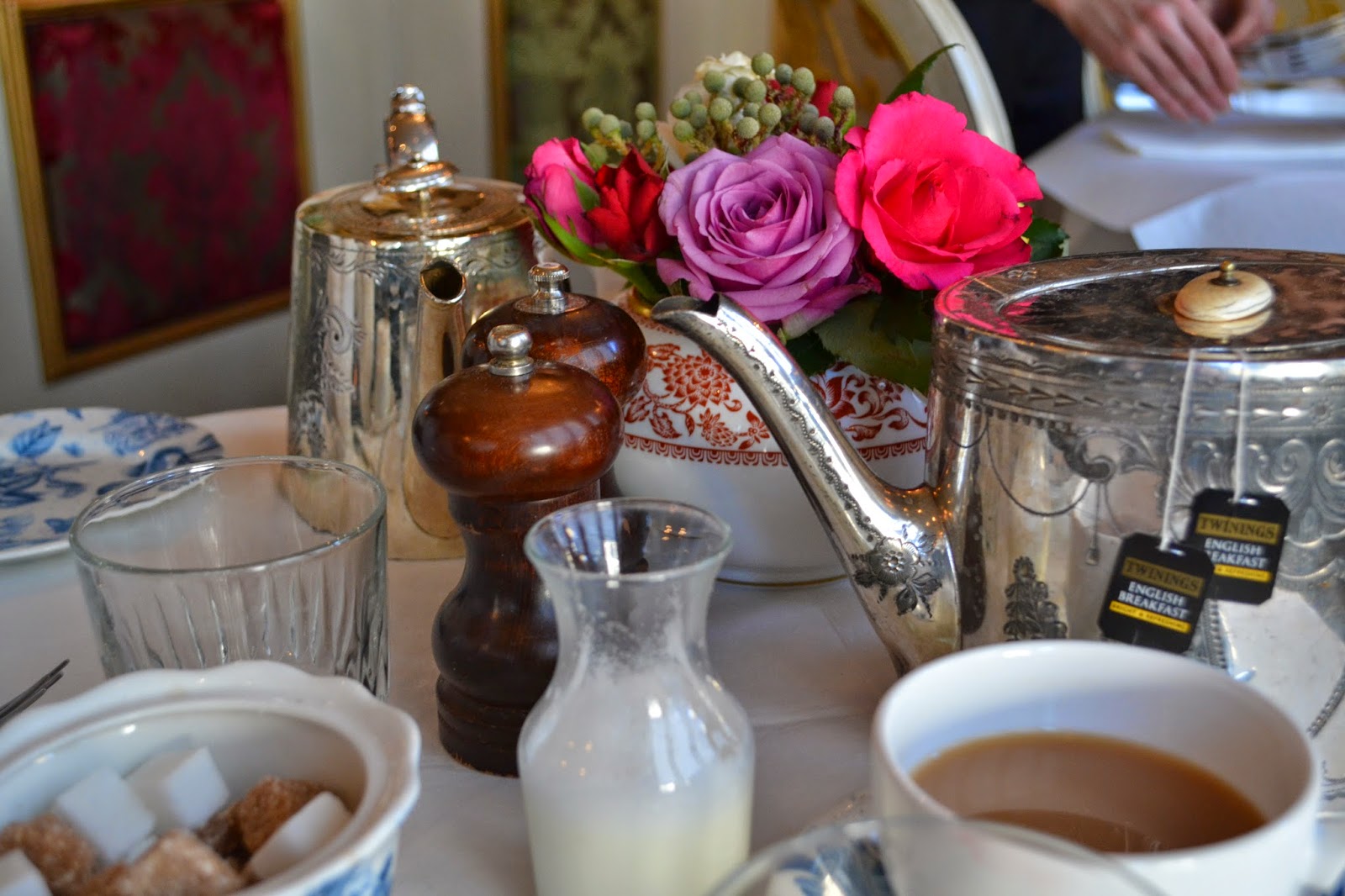 Completely ignoring the brunch menu, we actually both decided to go for salads. You know, one thing that really grates on me is people saying ‘oh none of that healthy stuff, I always go for a burger’ hold up, what’s wrong with a lovely salad? I adore lettuce and vegetables so why not have something like that? After all, the cheese ‘aint that good for you!

For Jenny, A caesar salad 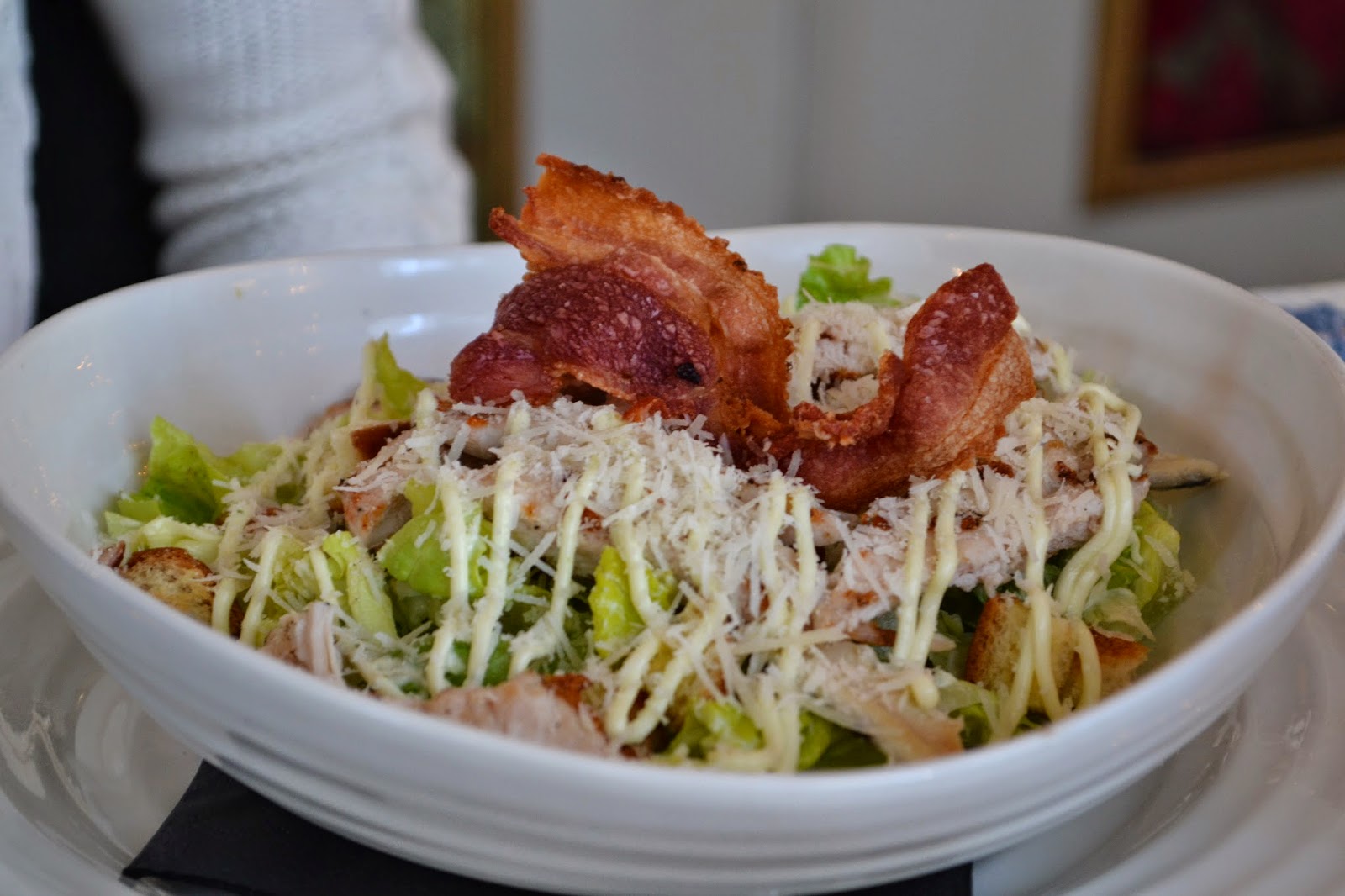 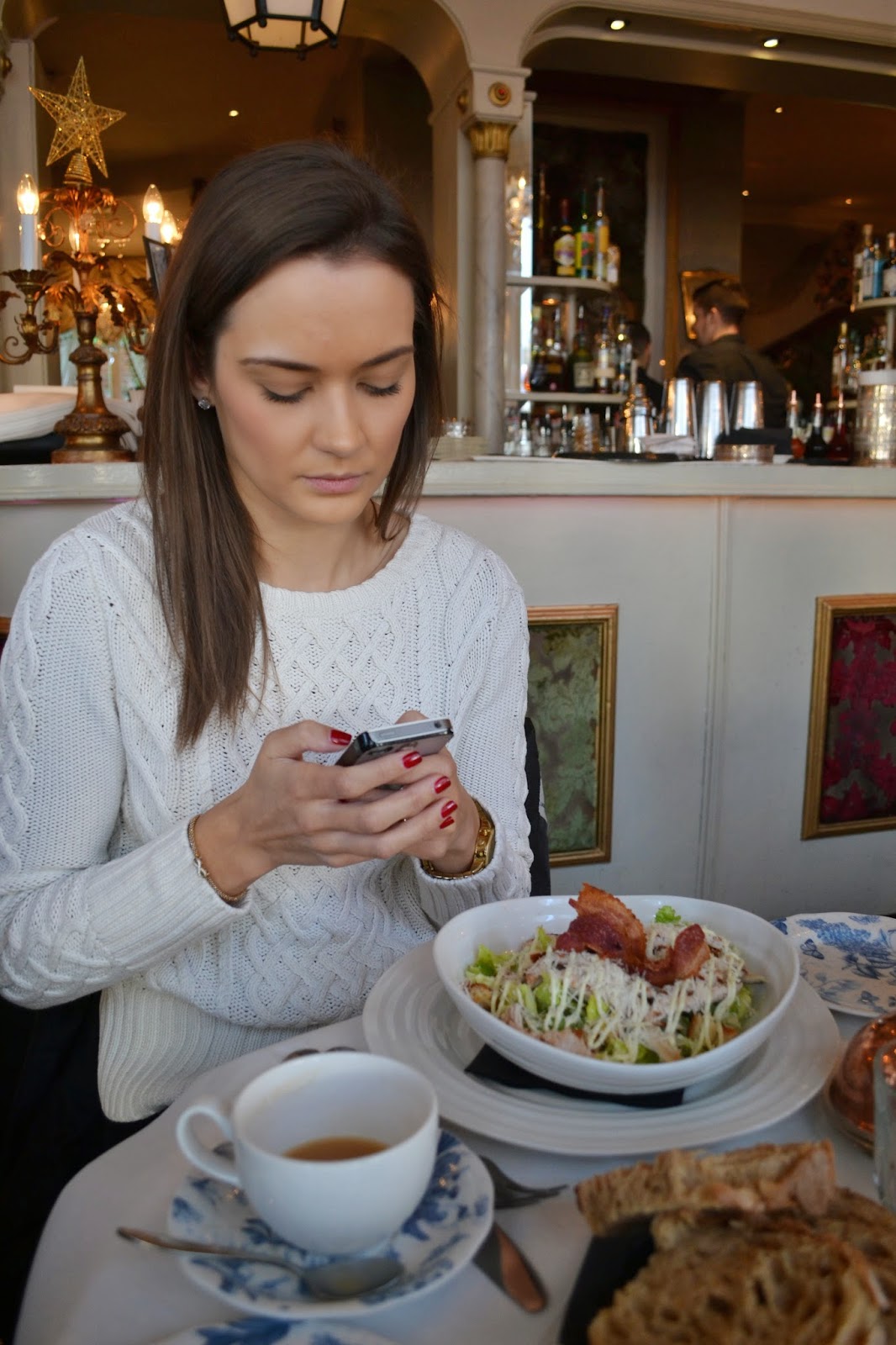 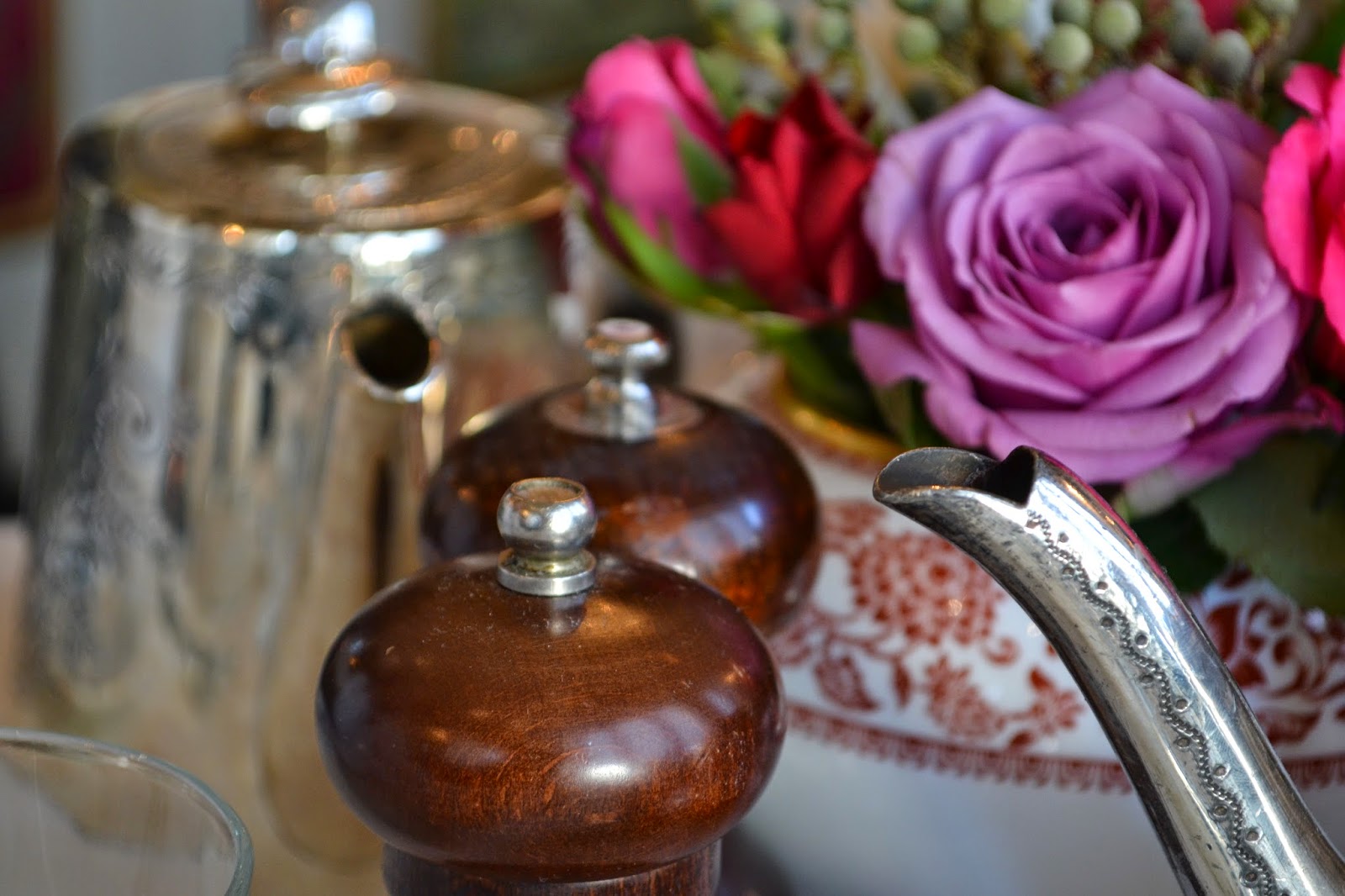 And for me, a pear and roquefort salad with walnuts. I have to admit, I didn’t find any nuts in the salad, but the purple pear and cheese worked so well together and it was delicious. 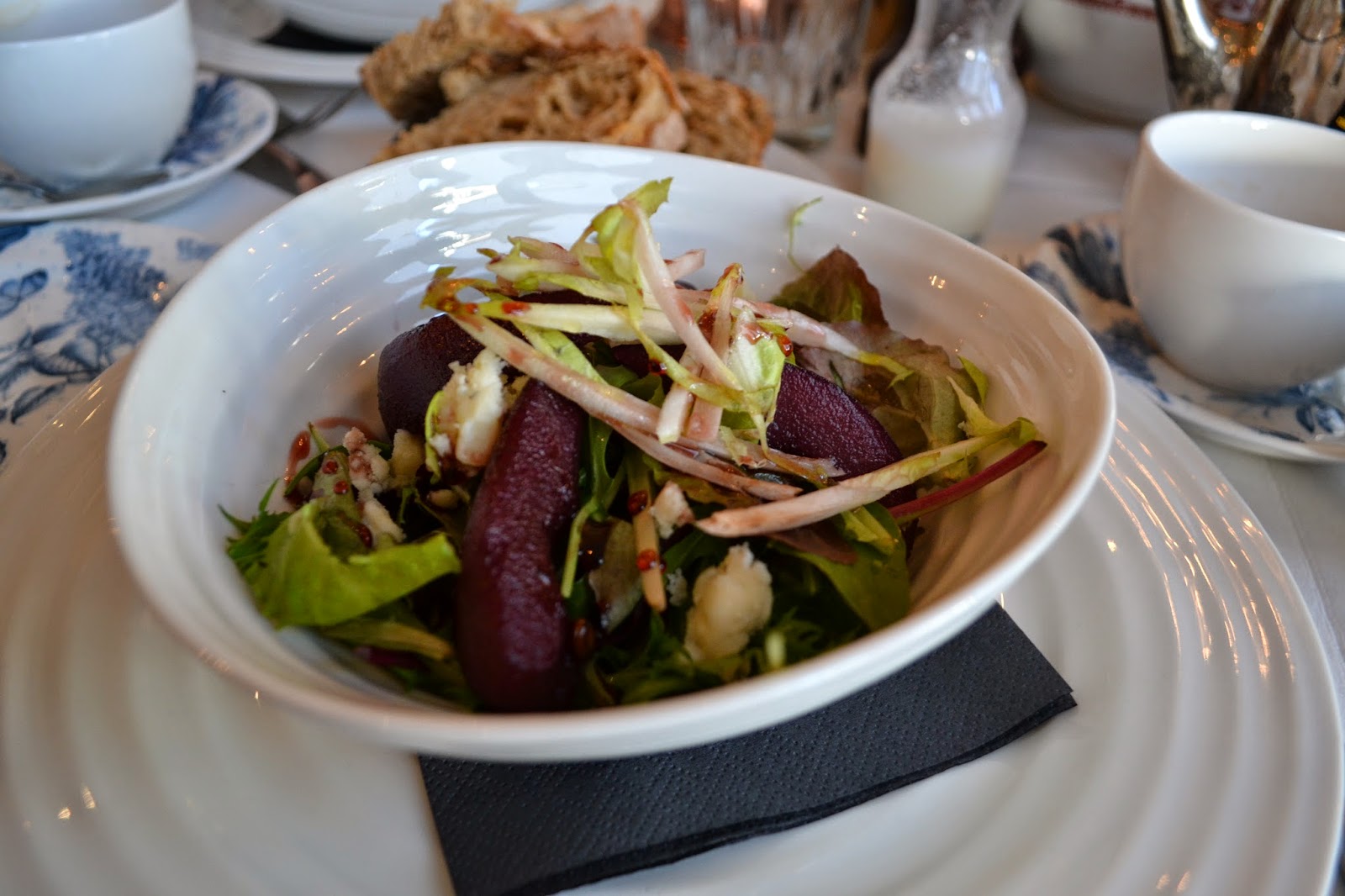 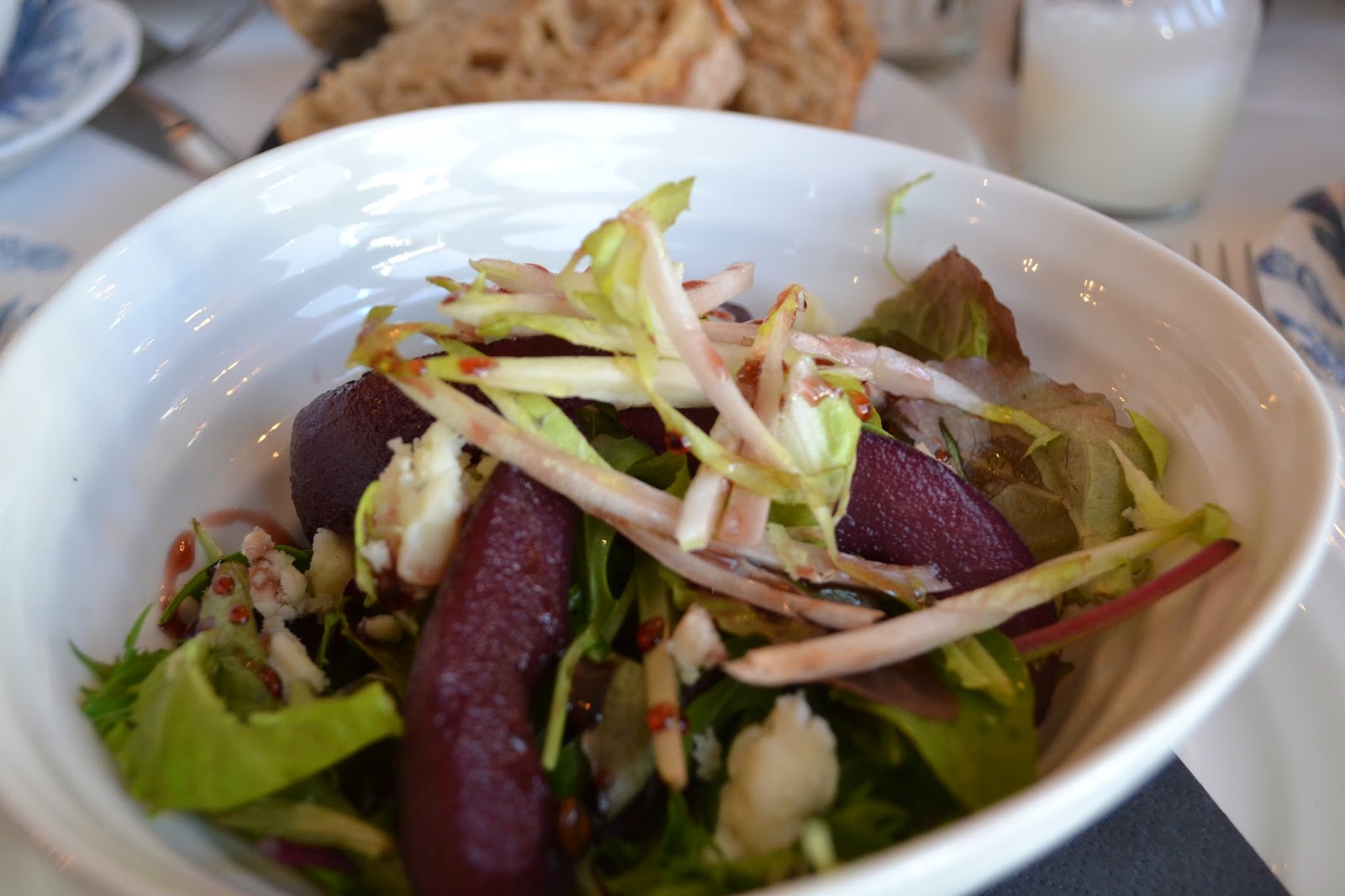 While we were chatting over our lettuce leaves, like little rabbits in a field, a woman approached the couple sitting in the window seat.

She quietly asked the lady if her name was Sarah. The lady nodded her head in confusion while the woman handed her a key with a small brown tag on it. Politely, she asked if Sarah and her boyfriend could follow her. Sarah immediately asked if everything was ok and the woman explained that everything was fine and she just wanted to show her something.

I grabbed Jenny’s arm and hushed her (she obviously was completely oblivious to what was going on, I’m just a nosy parker.) we both listened in, while Sarah and her suspiciously rosy cheeked boyfriend followed the woman.

I immediately knew what was going on and grabbed the nearest waiter. ‘He’s asking her to marry him isn’t he?!’ The waiter frantically hushed us, as the couple disappeared out of sight. He smiled though and nodded excitedly.

I’ve never witnessed a proposal before and thought it was so cute. The waiter gushed and told us all about it.

Apparently the boyfriend had hired a room and filled it with flowers and candles. She was to unlock the door to the room and he would get down on one knee. For a while, we didn’t know whether she had said yes, but the waiter returned and informed us that she had burst into tears and said yes. Adorable!

We toasted the newly engaged couple with a cocktail each. 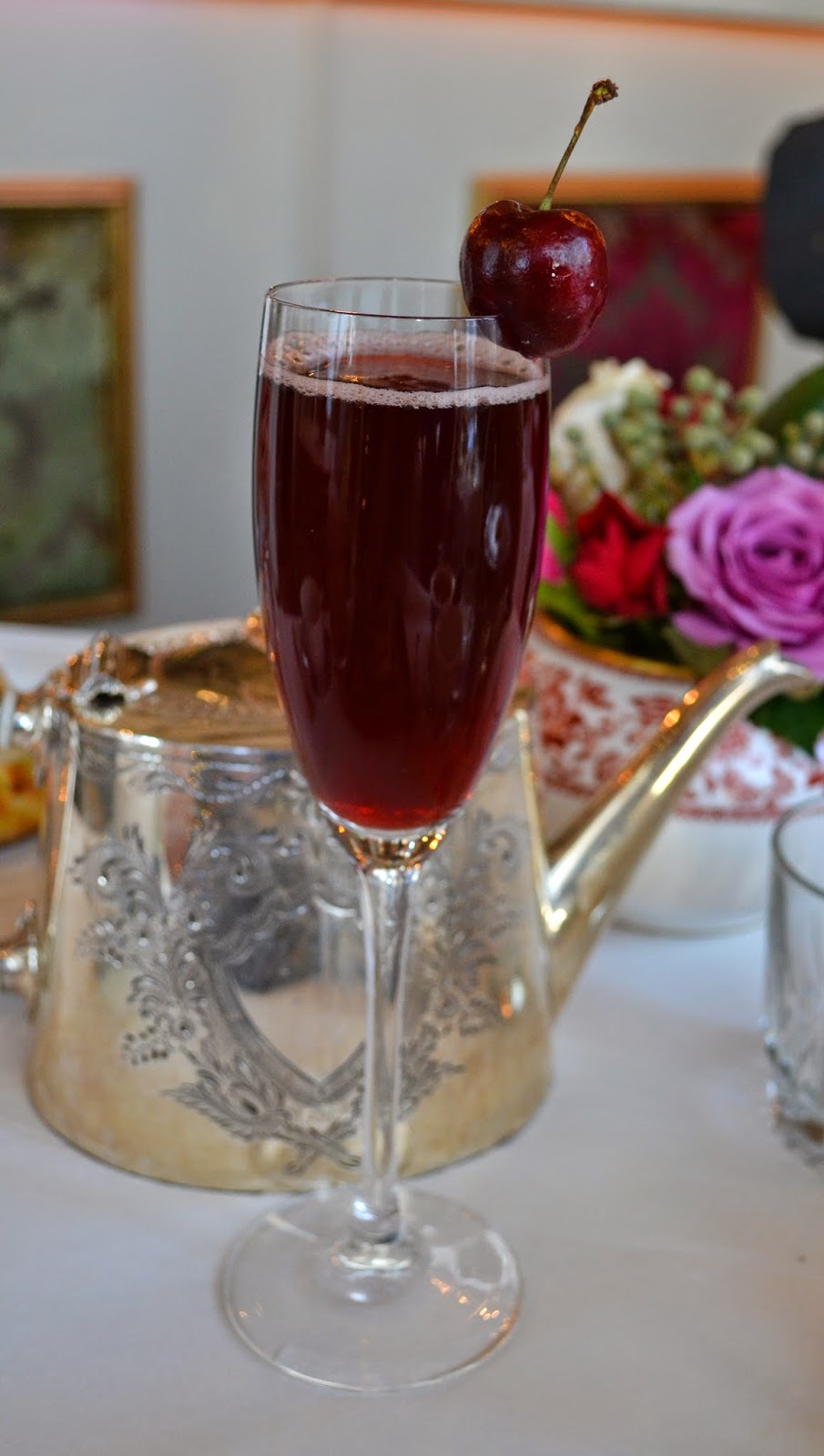 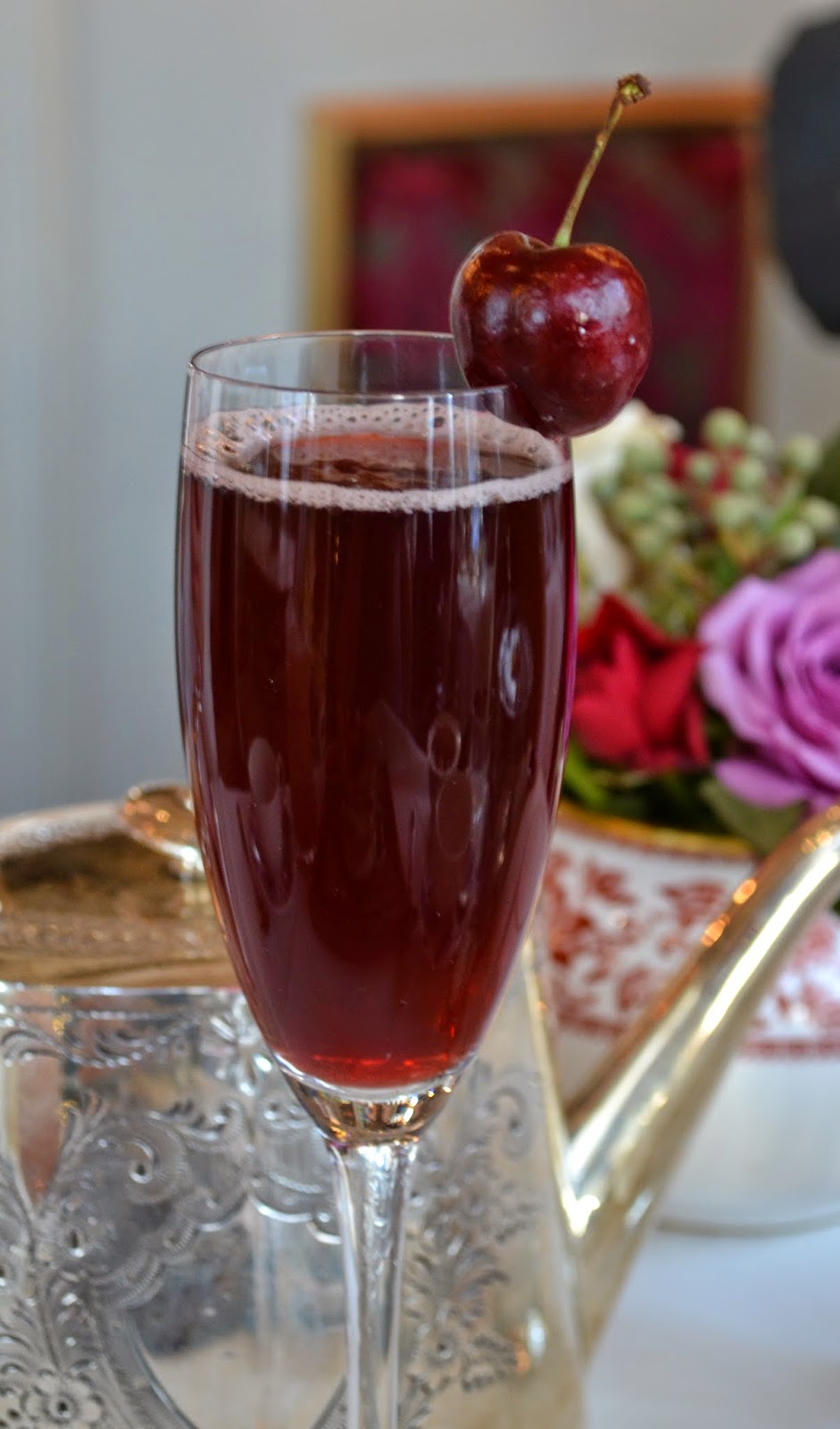 Red Velvet for Jenny – Pedro ximenez sherry stirred over ice with cherries, champagne and a hint of grapefruit spice.

For me, a delectable Elixir – Gin together with basil, passion fruit, peach and apple. Served tall.

I didn’t try Jenny’s, but mine was beautiful. 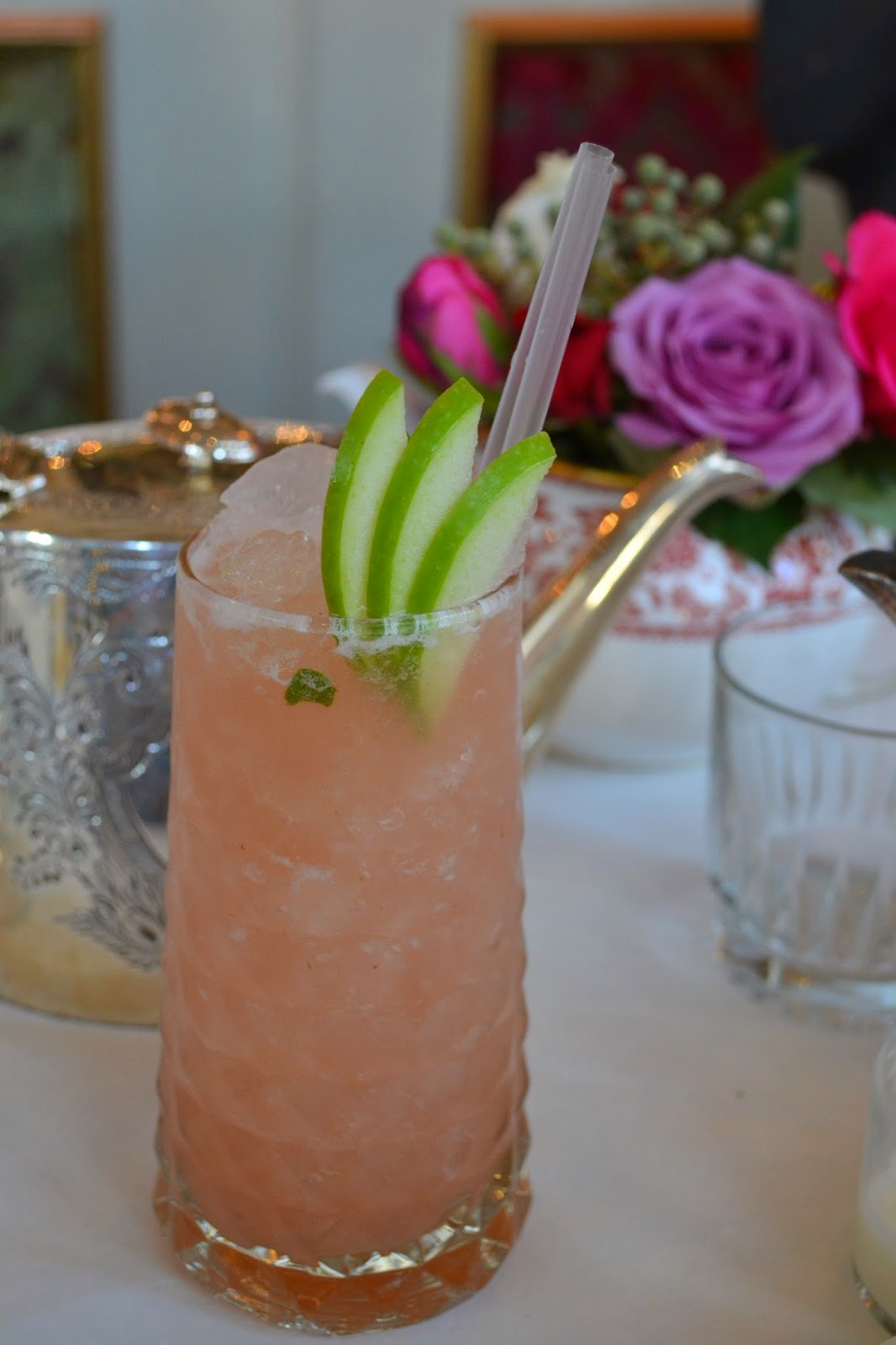 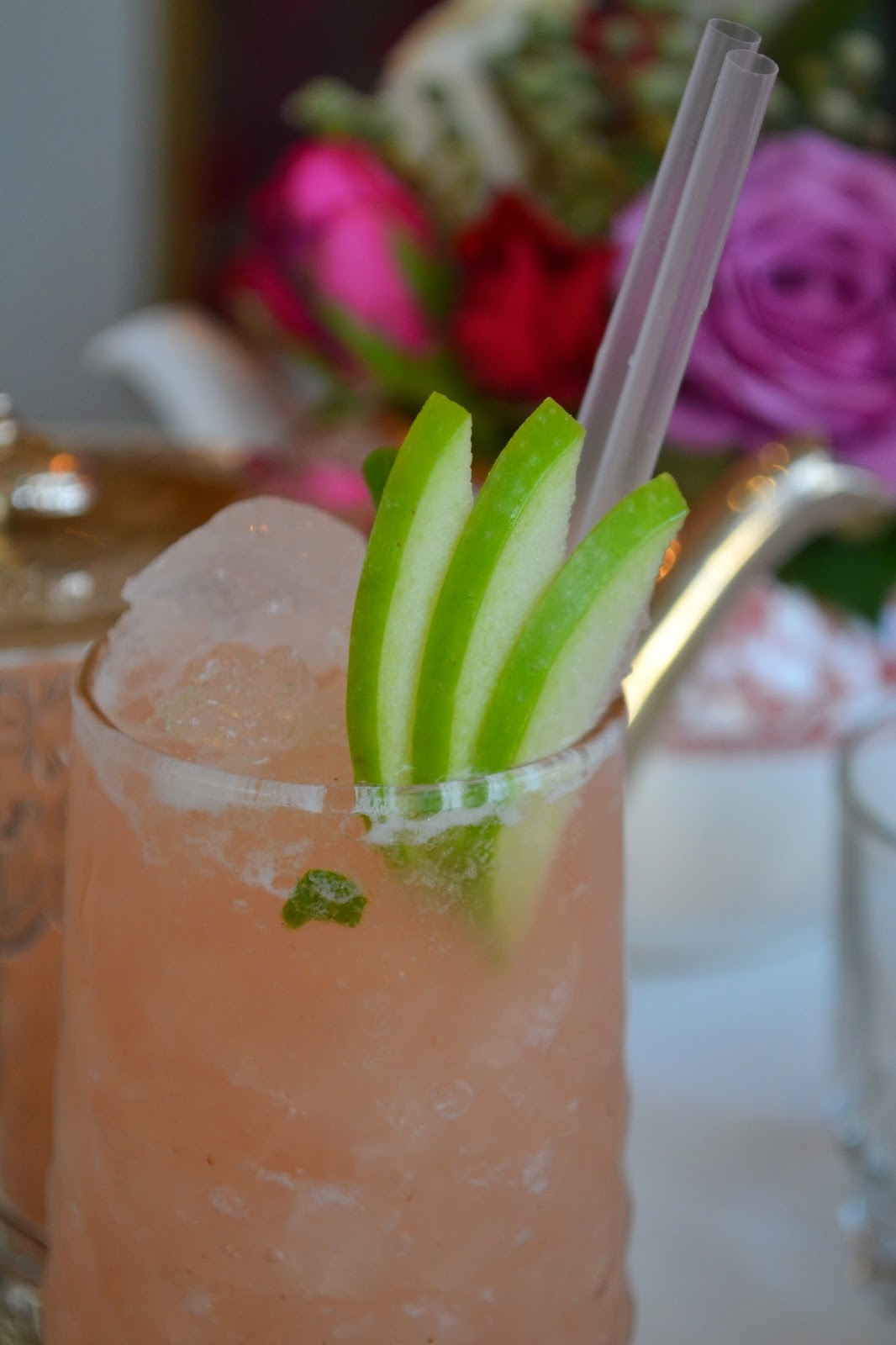 We weren’t ready to stop there though. You know that deliciously healthy salad I consumed? Yeah, completely wiped out by this naughty pudding; 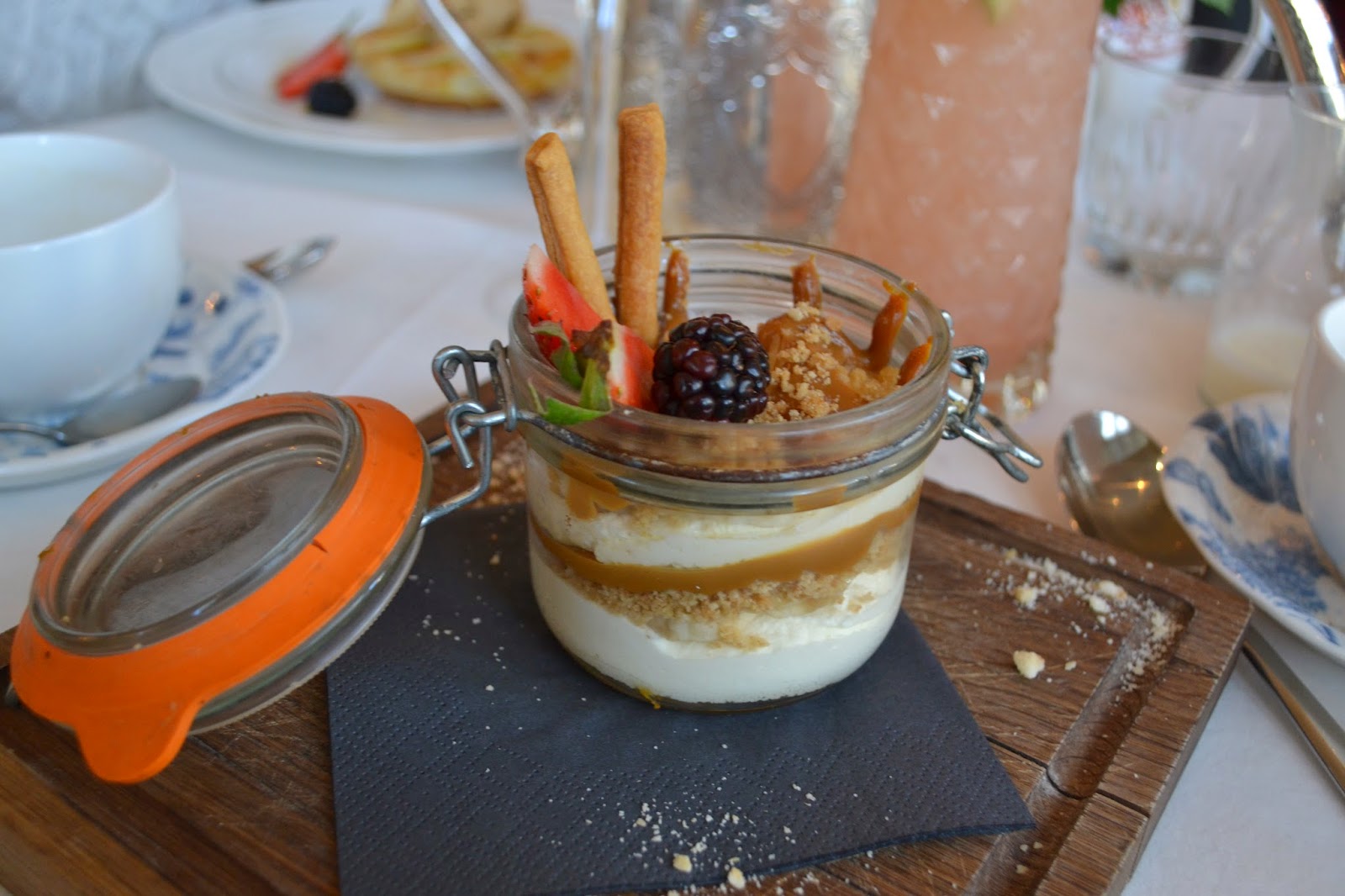 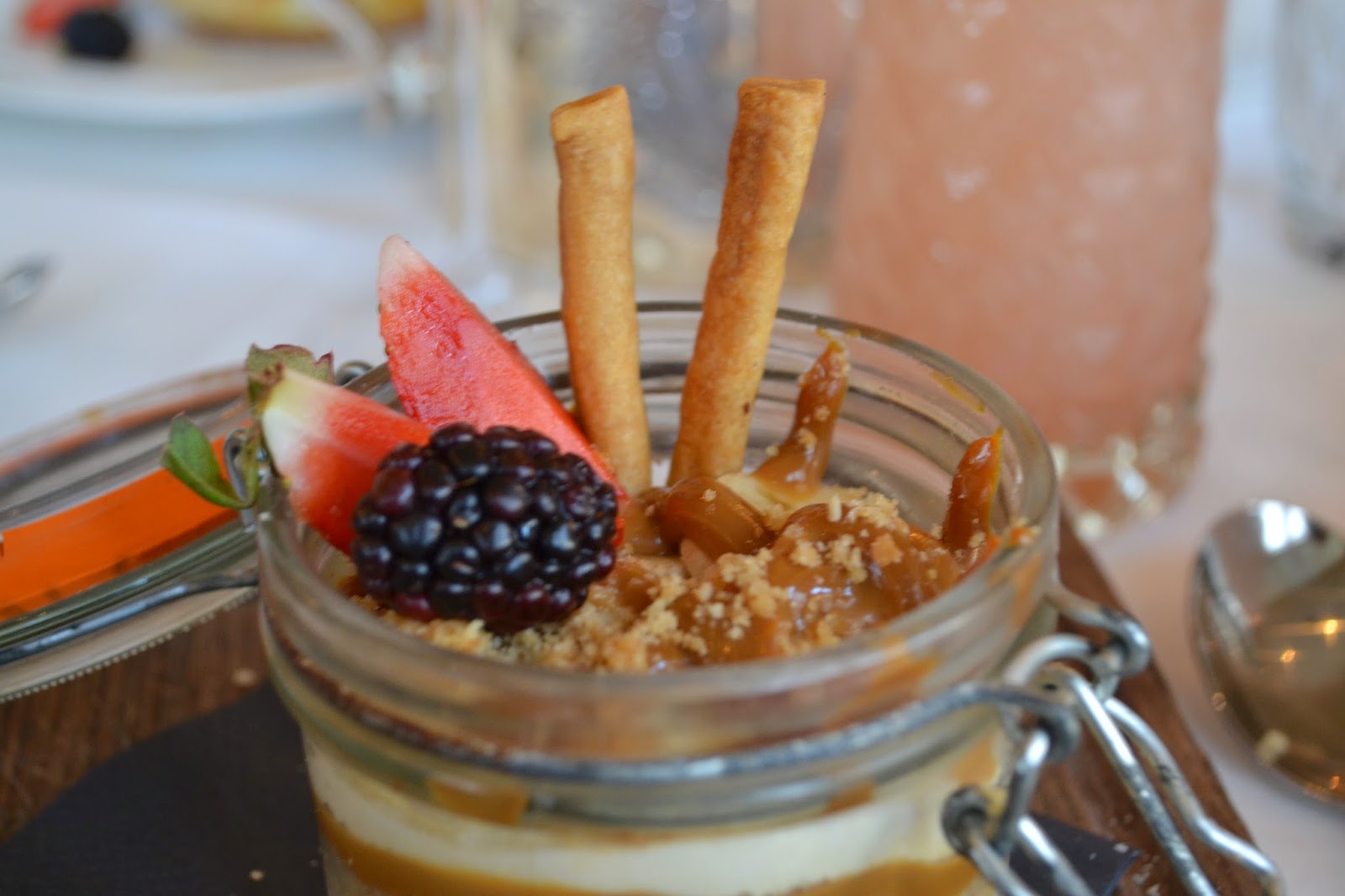 Banoffee pudding – sweet caramel, layered with fresh cream and crumbled biscuit then topped with banana slices and a bit of fruit for good measure. Incredibly blissful.

Jenny went for an apple tart – I can’t find it on the menu anymore, but the sweet cream inside was heavenly. Definitely a winner. 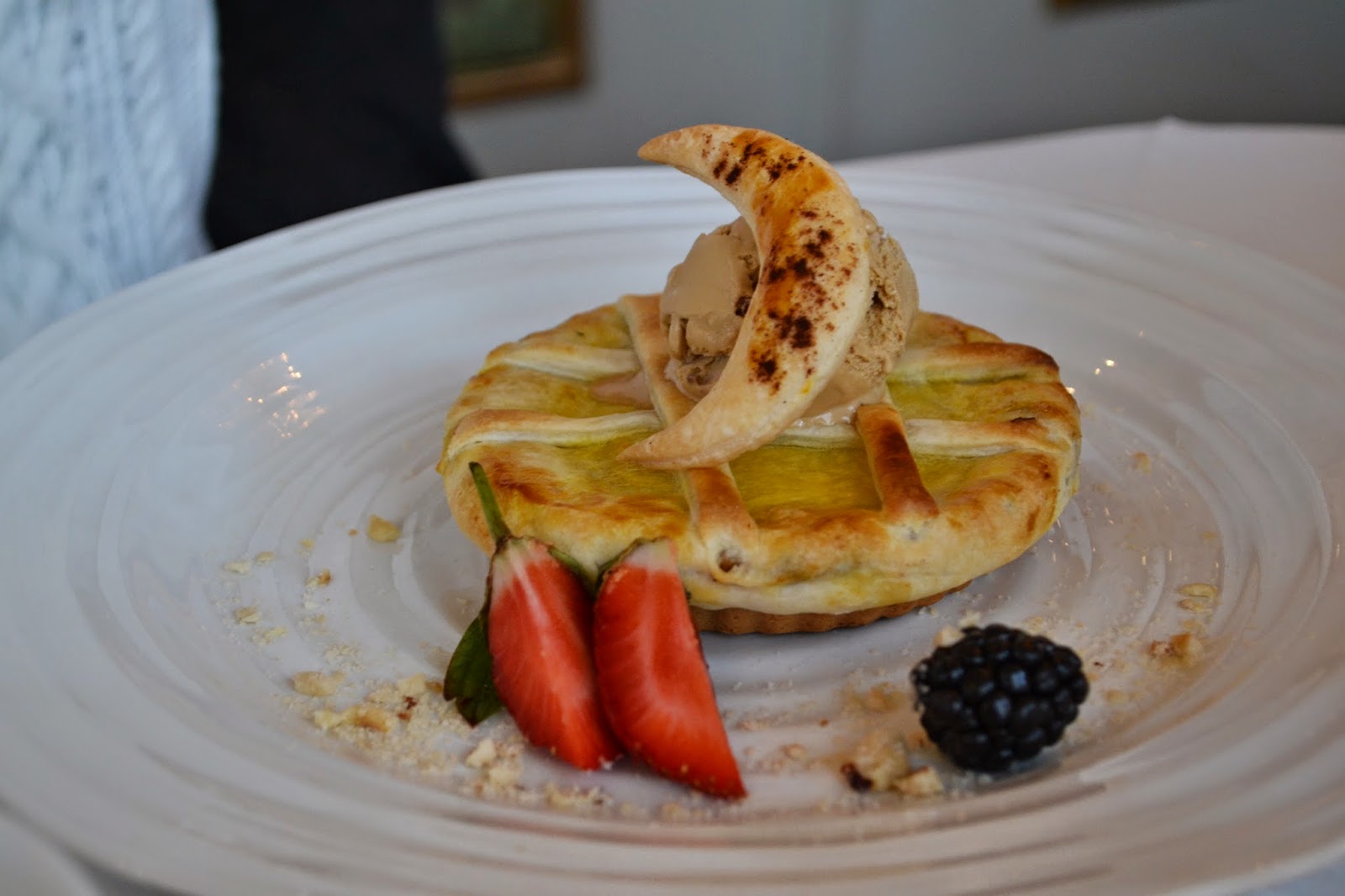 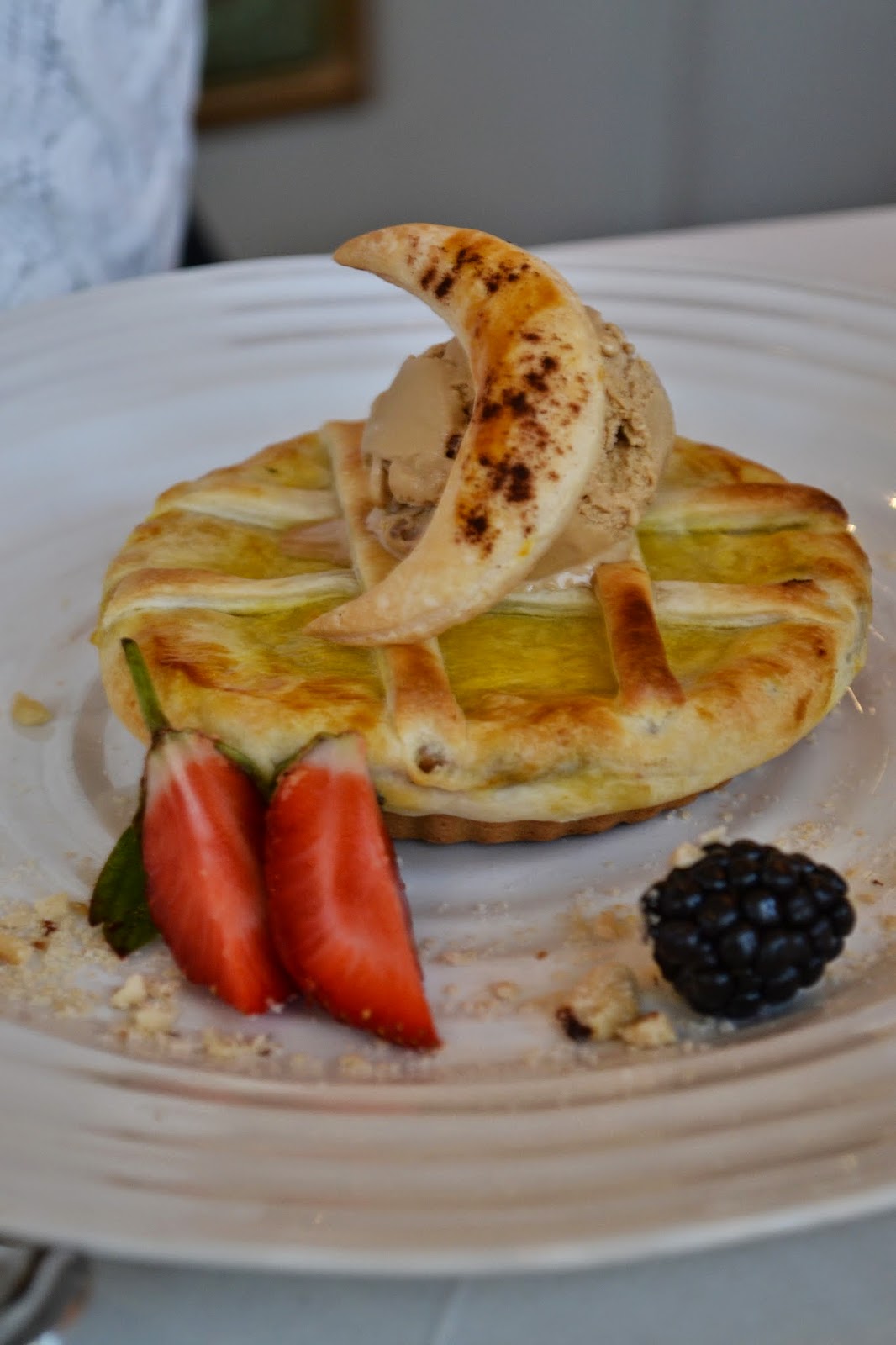 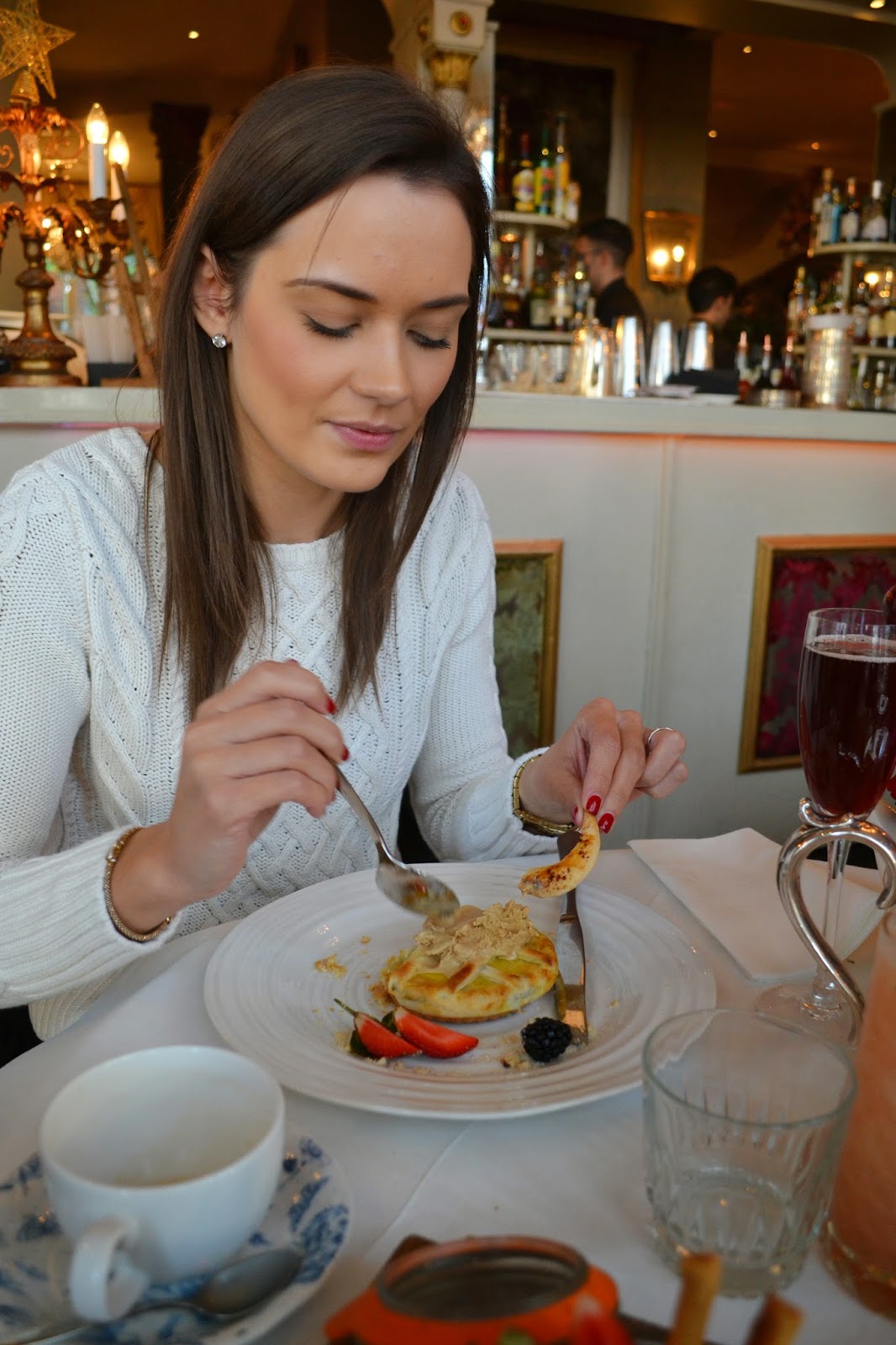 We had such a good time chatting about love, work, fashion, blogging and life in general. Jenny totally gets the blogging world and reads a lot of blogs herself. Maybe one day when the businesses are all running, she’ll have time to start her own – watch this space! In the mean time, she may be featuring a little more on my blog as we have made plans to see each other a lot more often.

The waiter relayed our conversation to the barman, who widened his eyes, but didn’t hesitate. He was up for the challenge. A little while later, the waiter returned with our drinks and confidently placed them in front of us.

Brilliant colour, perfect amount of froth, passionfruit half floating on top with a sprinkle of sugar, served in the correct glass, large shot of Champagne on the side – I ticked everything off as I said them out loud then took a sip as the waiter continued to wait for the result. 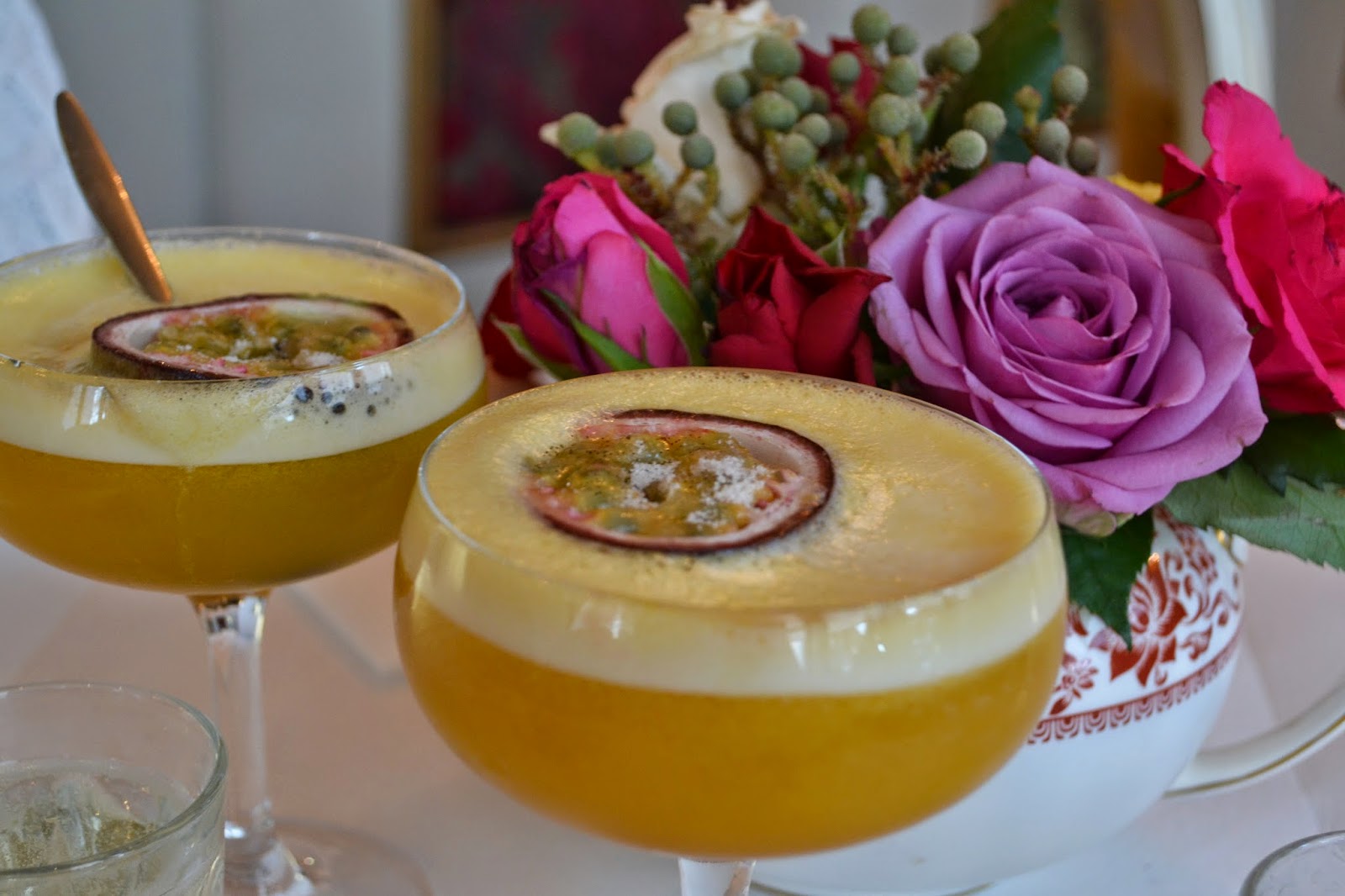 I mean, I really couldn’t fault it. The only thing I would say, is that the drink slightly separated (visible in the image) so they need to work on the emulsion… but that’s me digging for a fault!

After our fabulous lunch and delicious cocktails, the lights dimmed in the restaurant and the music got louder. We realised just how long we had been there (4 hours!) and thought it best that we got the bill (£60 each so not completely unreasonable).

Of course I couldn’t pass up a few poses outside the incredible entrance in my new co-ords courtesy of Littlewoods! 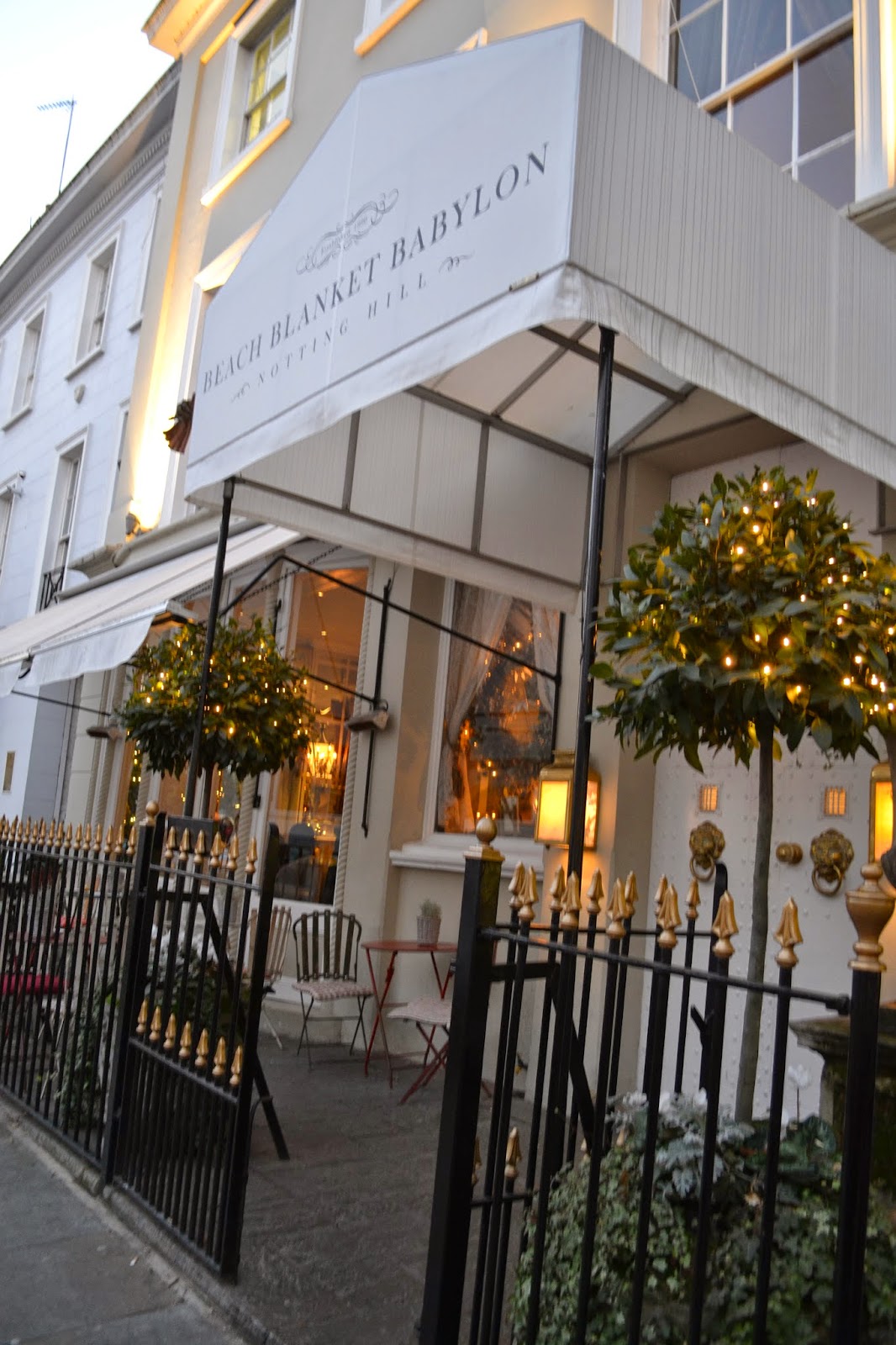 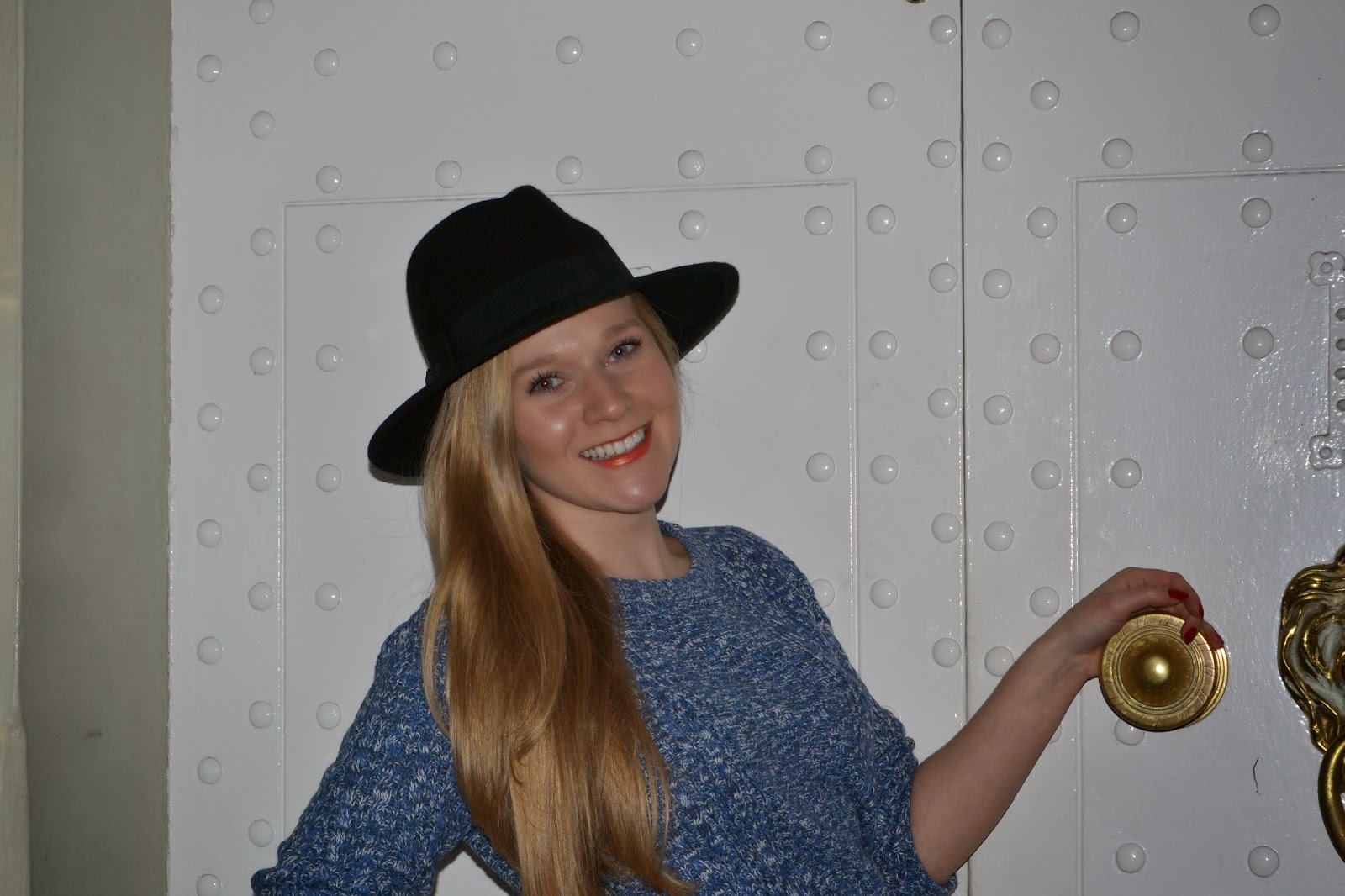 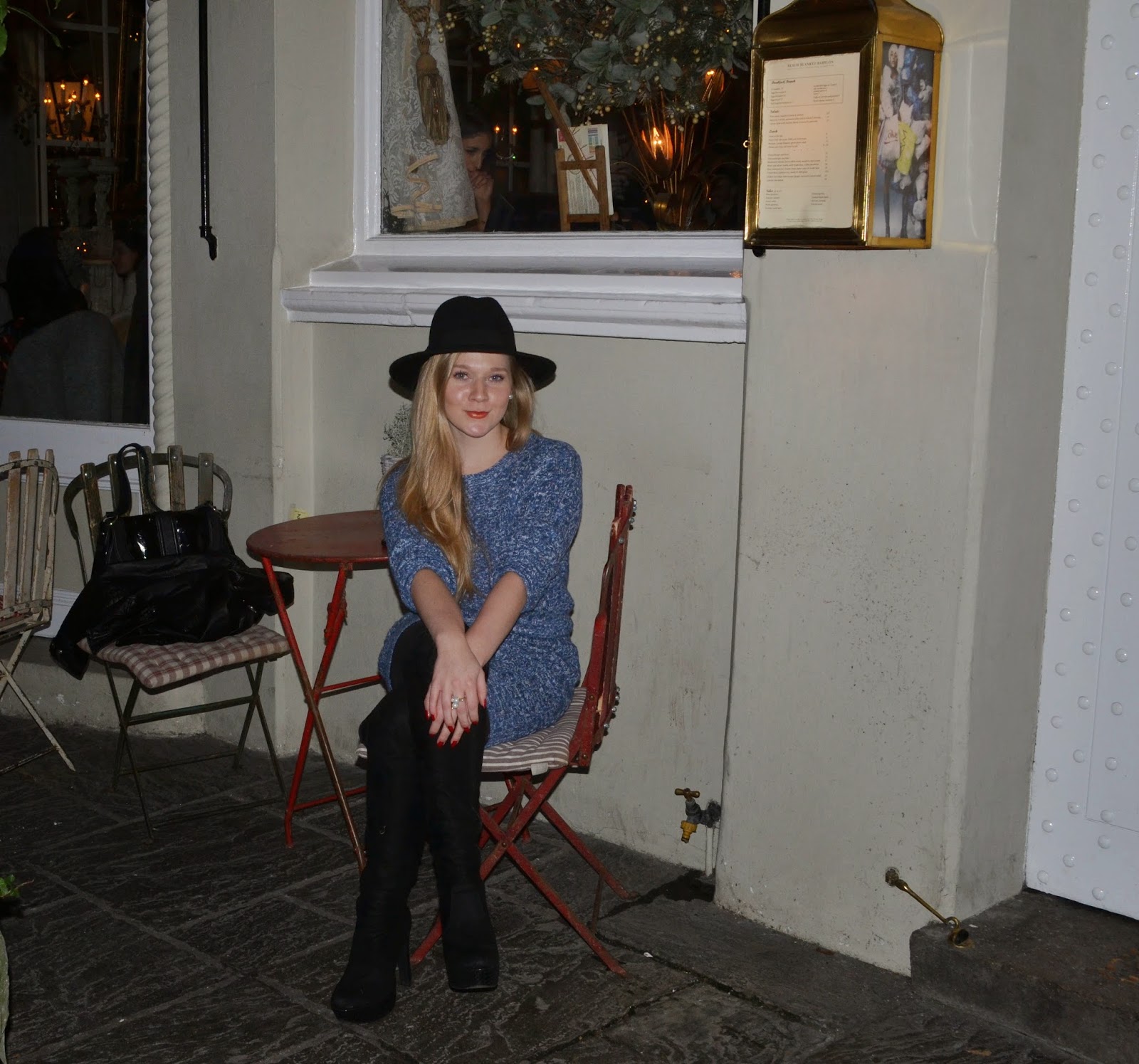 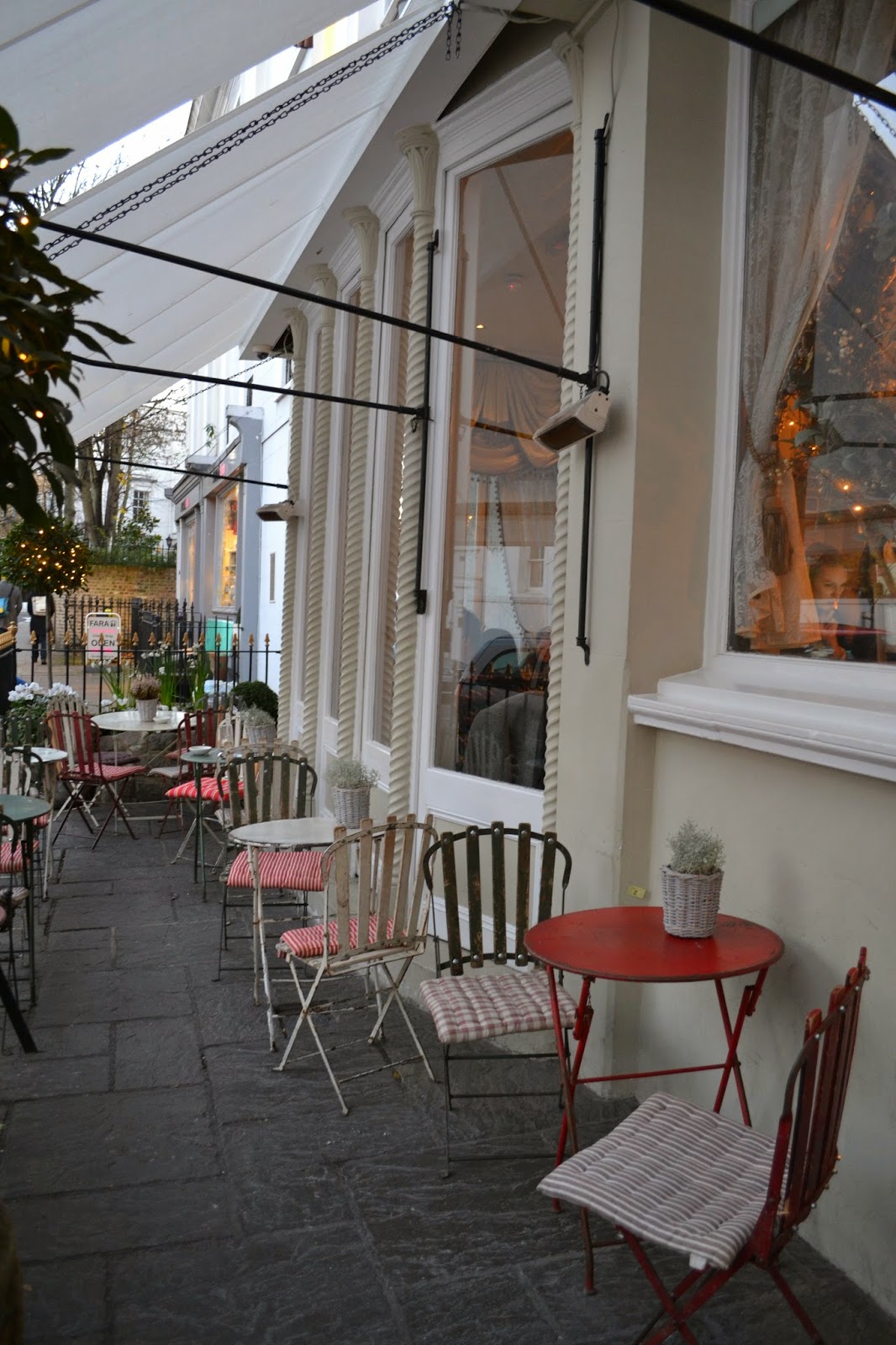 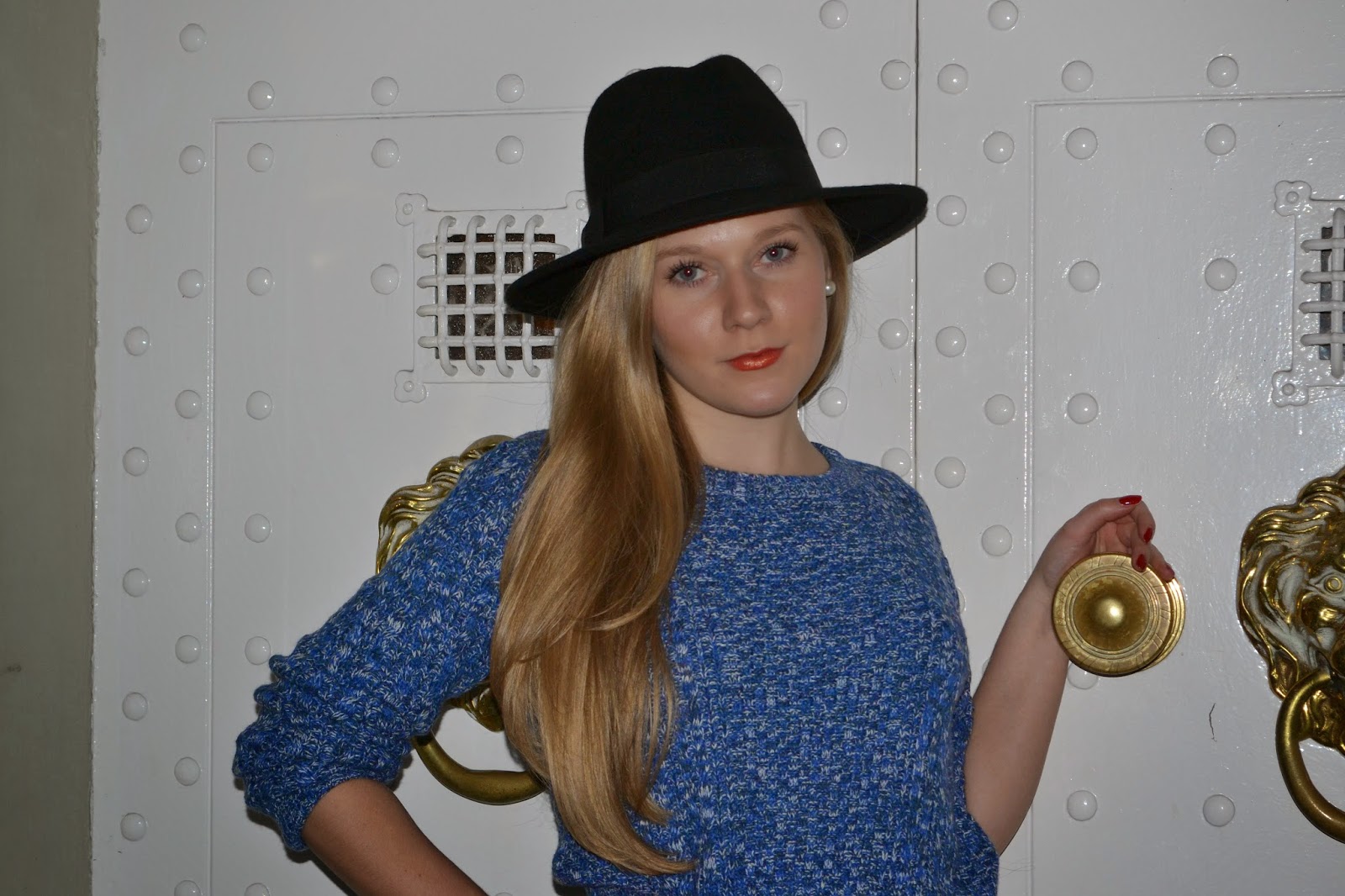 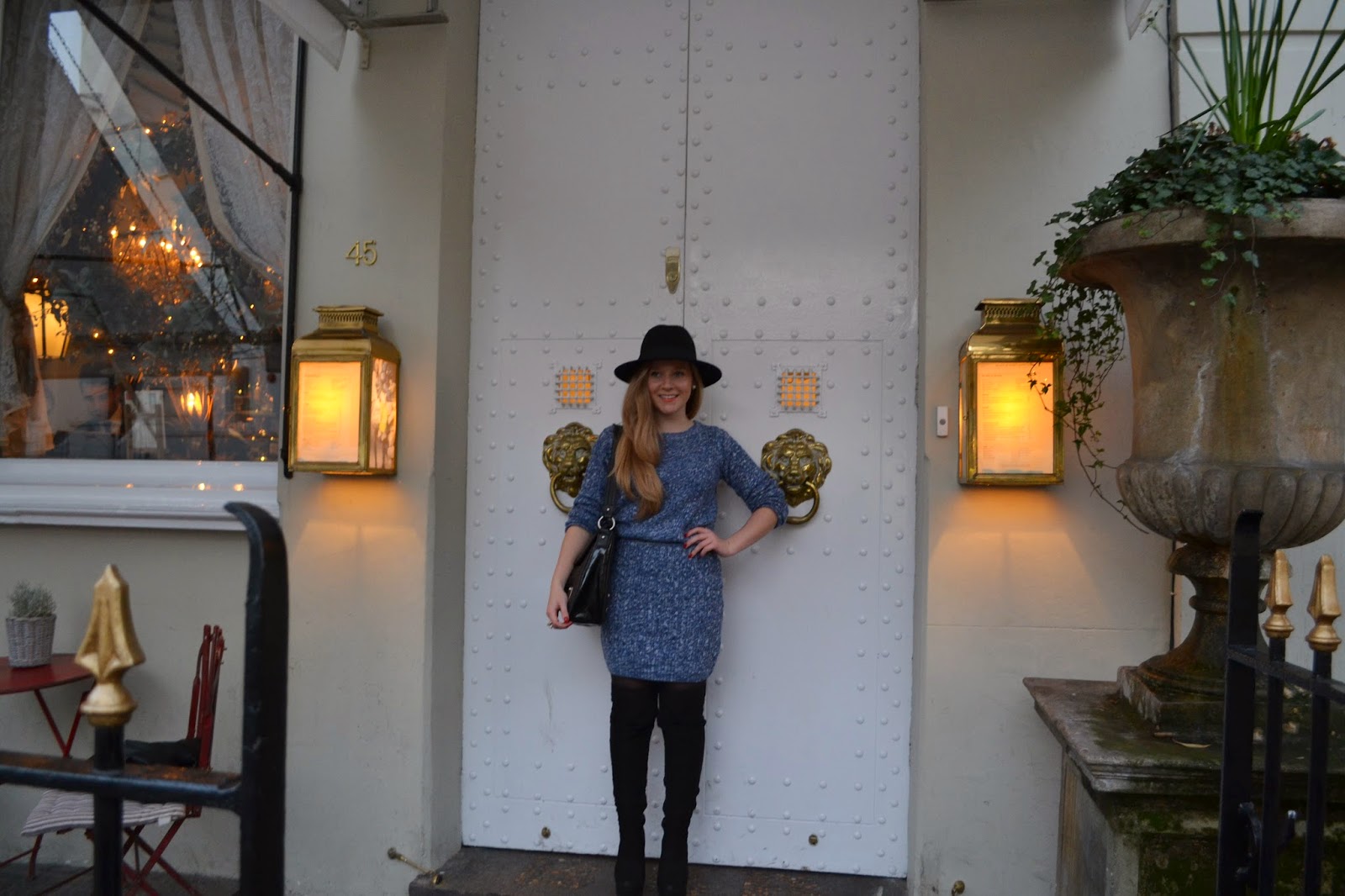 What did you guys get up to at the weekend? Have any of you ever witnessed a proposal – if it was your own, how did he do it?! I’d love to know!