The last point on our Marrakech bucket list, was to see the transformation in the square from day to night. The Gentleman was adamant that it couldn’t be missed. 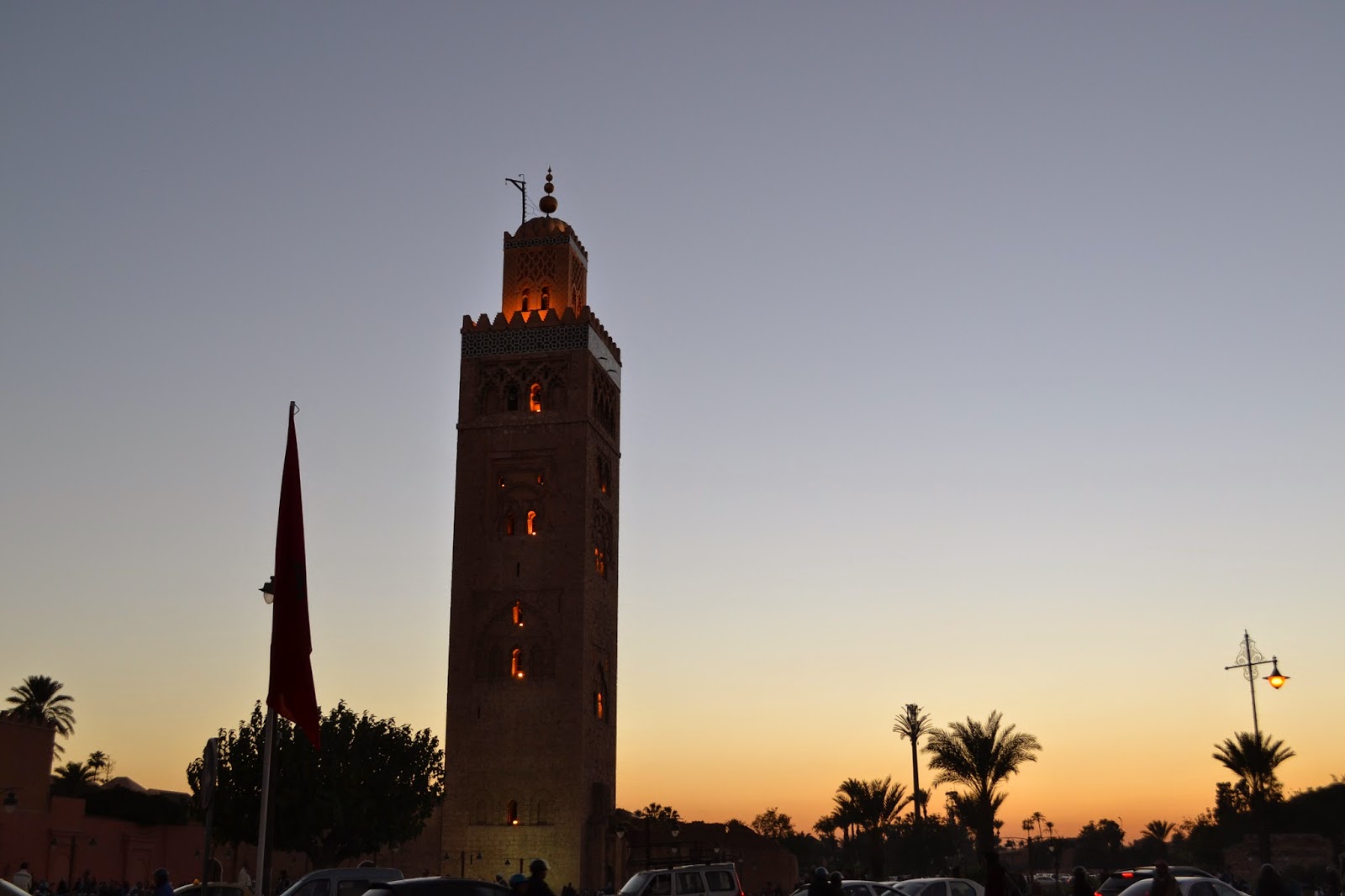 Although, we had been on the way back from our day in the Atlas Mountains so were racing against the sunset. We just had time to quickly change back at the Riad, before we were out the door again and rushing to the square.

The first thing we saw was the moon. I’ve never seen it so big and watching (does that make sense?!)!

We raced to another of the rooftop restaurants to get a good view of the change in the square. We were a little too late, but we still witnessed the most magnificent sunset of the holiday! 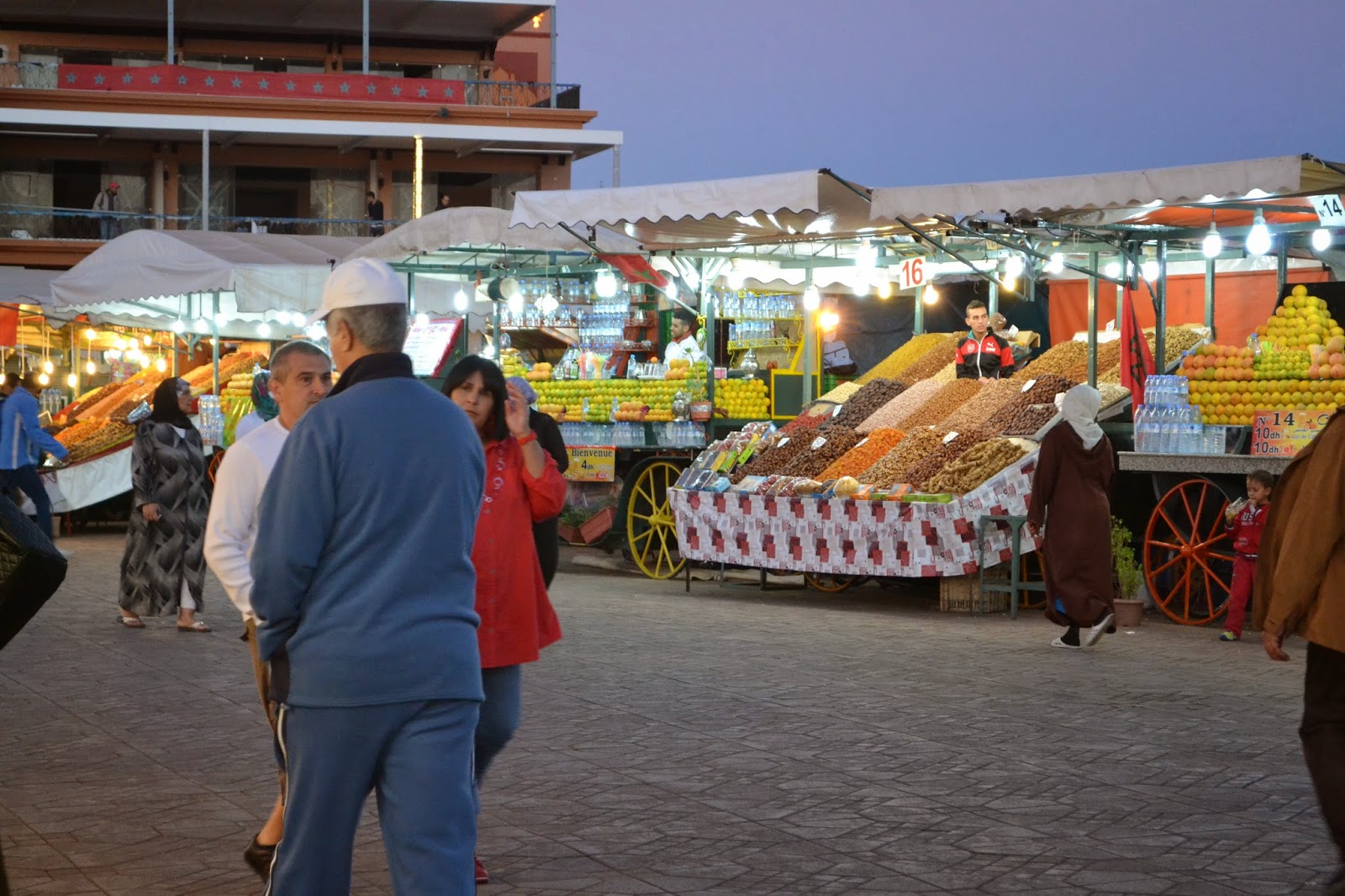 We nestled in above the roof tops, watching the people below, scurrying about their stalls. As the sun went down on one side, the moon rose ever higher in the sky on the other. Enveloping and claiming the nights sky.

The smoke rose up (as we had heard it does) into the skies, and the chorus of song and instruments fought with the stillness of the evening.

We ordered with the intention to share, The Gentleman chose a classic Marrakech dish; Pigeon Pastilla. He enjoyed it, but it was incredibly sweet. It was basically savoury baklava. Very delicious, but not right for a main dish.

I was generous though and gave him quite a lot of my Tagine.

The food was decent. Again, not the best of the holiday, but it was ok and filled us up. Even though Ben had such a sweet main, we decided we wanted something sweet as an after. There was a special Baklava stall just on our way back into the square so we stopped and picked up a box!

To be honest, my eyes were bigger than my stomach for this one. The sweets all looked a lot better than they actually were. I ended up letting The Gentleman have most of them! 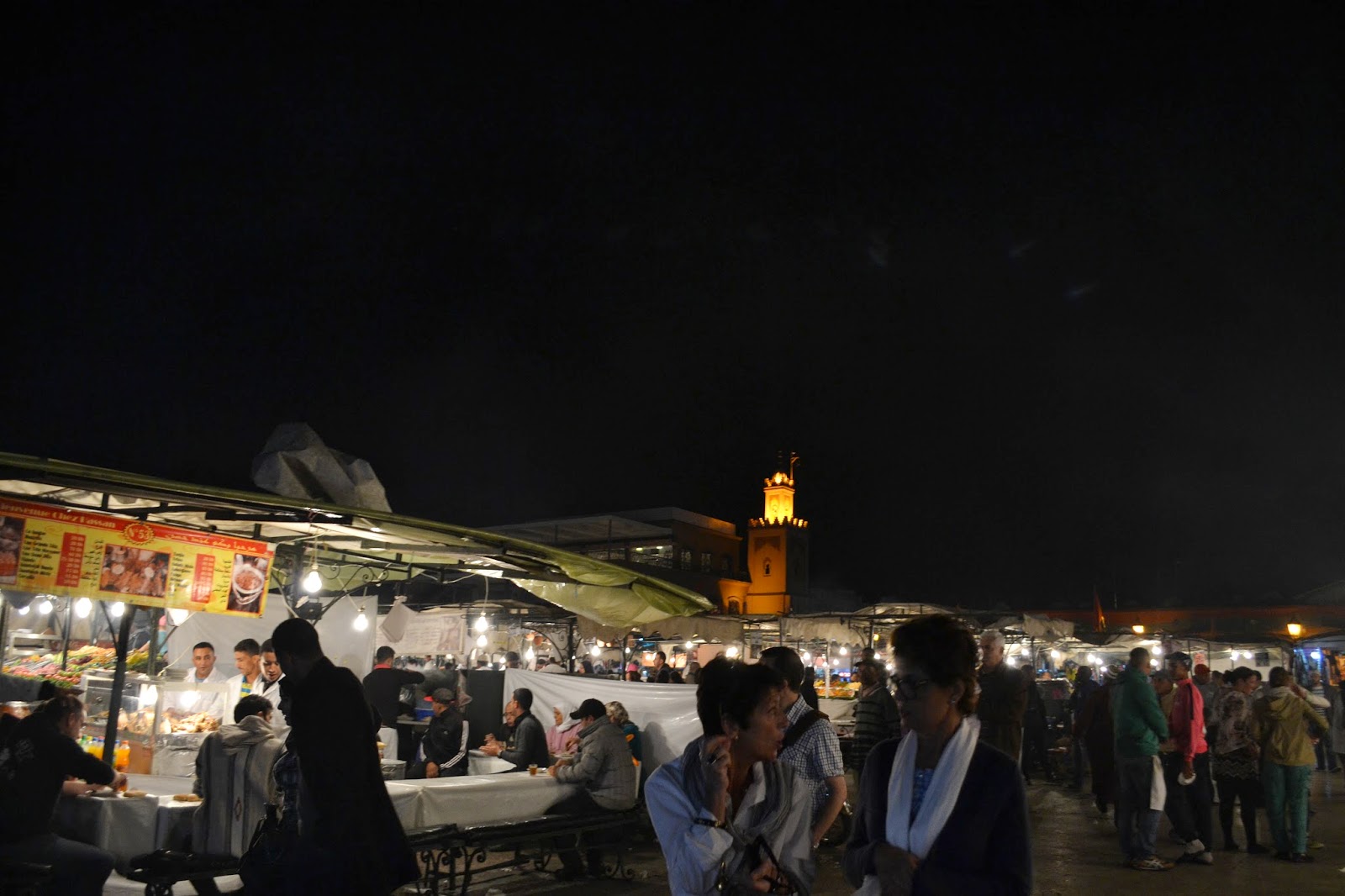 By this point, we were itching for a bit of ‘alone time’ NOOO not that kind! Jeez! But we just wanted to be able to talk together and not be harassed every two minutes, for one thing or another.

We stopped in at Hotel Les Jardins De La Koutoubia, as we’d passed it almost every day and it looked too beautiful not to go into.

I’m so glad we decided to explore. The interior of the hotel is so beautiful, everything is so colonial Morocco, right down to the staff uniforms. 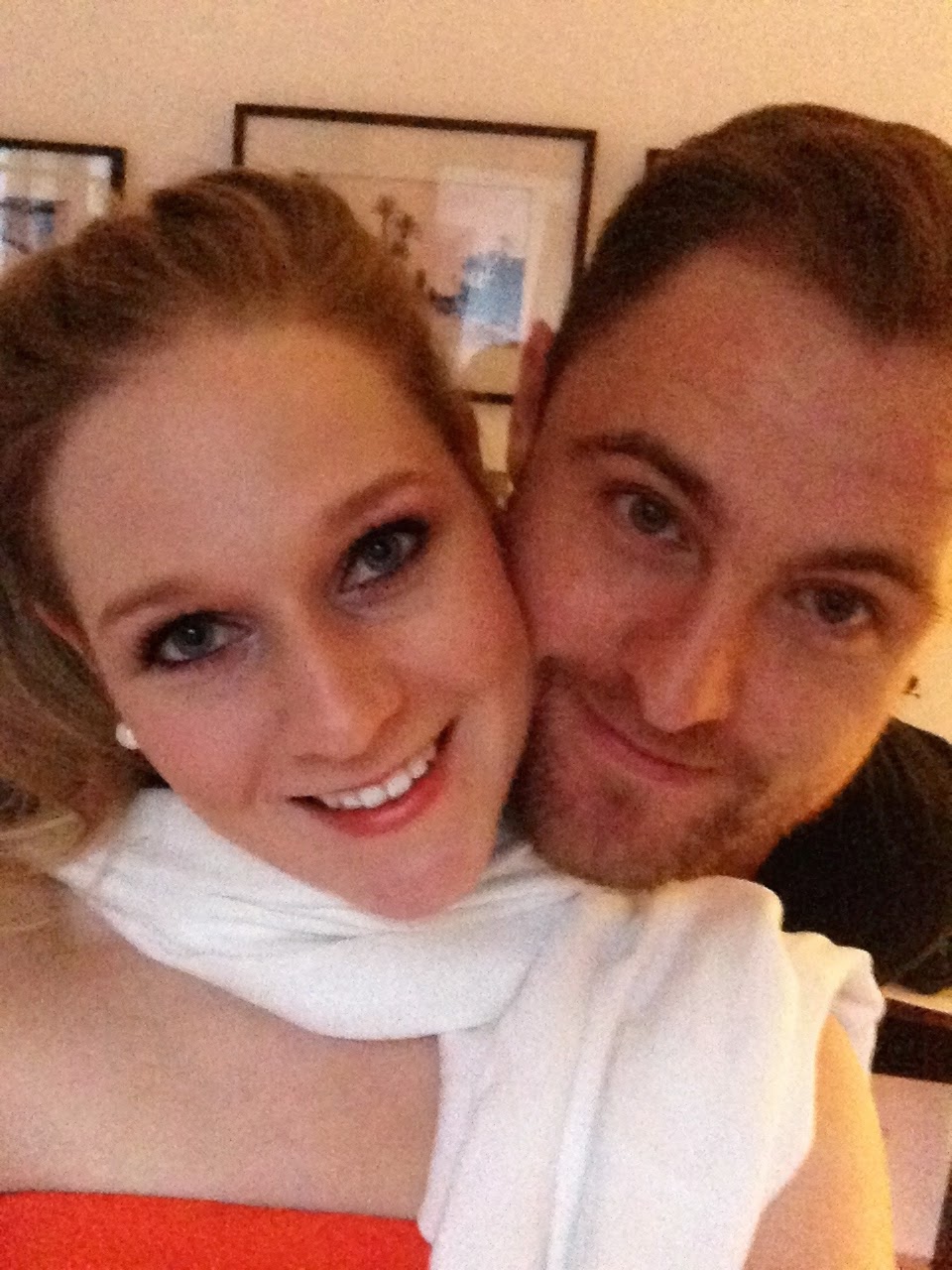 We had a couple of cocktails each, which was just the cherry on top of our relaxing evening. A pianist tapped away at the keys of the piano and sang every so often; new and old songs, serenading each person in the bar. 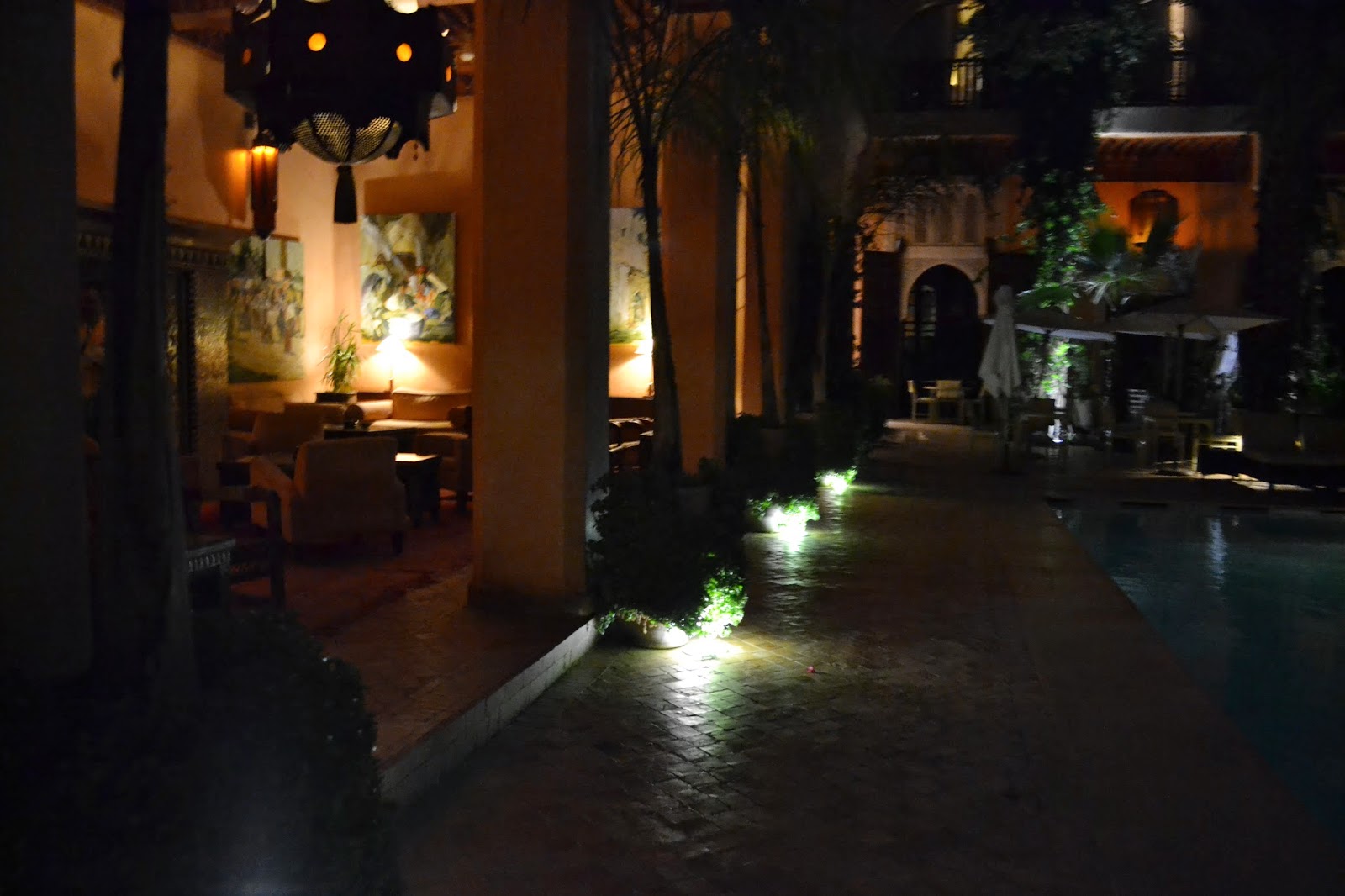 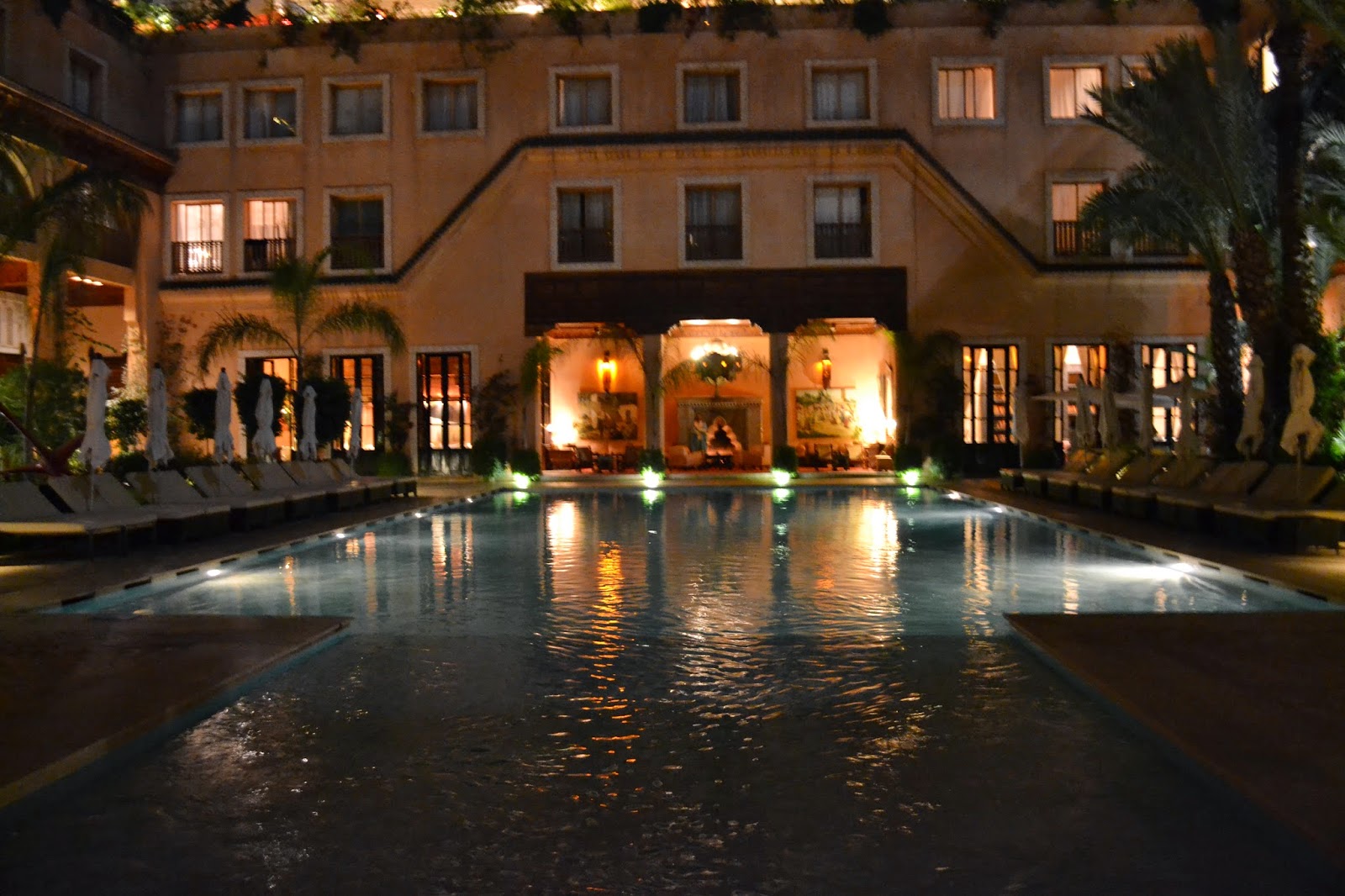 I almost wished I had dressed up more. The hotel was the perfect way to end our time in Marrakech, we walked the grounds after our drinks, before getting swallowed up in the heated streets once more. Ready for our final treat of the holiday!

On our final morning, we woke up ready for a proper Moroccan experience. We had booked in for a traditional Hammam and Massage.

After breakfast, we walked the very short distance to Les Bains d’ Azahara ready to be pampered. We managed to get a special deal, because we went between 10am and 2pm – so make sure you ask for it if you go – it includes the Hammam and Massage!

On arrival we were walked to the changing room (where we were expected to change together – incredibly liberal for such a strict society?!) we put on our little paper knickers, dressing gowns and crocs (eww!) and then lay on the day beds to wait our turn.

A lady led us into a quiet, dark room with a wet floor and from there we were at her command. ‘Off’ she said. We glanced at each other sideways and took off our dressing gowns. She hung these on the back of the door and we put our shoes under them.

We were standing, practically naked but for the paper panties. My arms crossed over my chest, awaiting our next instruction; ‘Down’ a hand gesture was put with it and we realised she wanted us to lie on the marble slabs lining either wall.

We did as we were told and before I knew what was happening, a bucket of water was thrown over me. After the water, a sort of hard jelly was gathered in her hands and rubbed all over my body. I had no idea what it was, but it felt a bit like frog spawn. I lay there with the frog spawn on me, while she did the same to Ben. Once she’d finished with him, she dimmed the lights and left the room. We were a bit confused but went with it. No more than ten minutes later, she reappeared.

On arrival, we had been given a ‘scrubbing mitt’ each. She placed mine on her hand and proceeded to scrub my skin harder than I’ve ever been scrubbed before. She proudly pointed to my tummy. There were small rolls of dead skin. Gross.

I smiled back, which seemed to please her. Although, secretly, I was thinking ‘Of course there’s bloody dead skin, you just took off at least three layers!’ She continued to scrub me (the hardest was under my arms, I was shocked she didn’t draw blood!!) until she decided she’d had enough.

When I’d been scrubbed to within an inch of my life, another order came. ‘Sit’ – I did as I was told and sat up. She yanked my hair out of the bun it had been kept in and put my hairband on my wrist.

Once I’d calmed down from my fit, and my face had returned to it’s usual shade, she poured a liquid onto my head and rubbed it into my scalp to create a lather. I knew what was coming and braced myself for the bucket once more. When she had quite finished, I was told to sit on the other side of the room and Ben took my spot. She placed my feet in a big wooden bowl filled with petals and water, as if to try and make up for the horror I had just been put through.

It was quite fun watching the whole experience repeated on Ben though!

To make up for it, we then treated ourselves to a massage. After the scrubbing and soaping, plus the oil, my skin was feeling beautiful!

Returning to the sunlight, we spent our last few hours on the roof of the Riad in the sunshine.

Twirling away up there, we could have quite happily stayed another 5 days!