A little while ago my lovely friend, and fellow blogger; Angie, invited me to sample a new and exciting menu at Chotto Matte. Unfortunately, I was really unwell the night of the event, so was unable to attend. You can read her review HERE though.

I had attempted to hold a dinner at Chotto Matte for The Gentleman and my joint Birthday celebrations, but after I failed to receive definite confirmations from everyone, I gave up on the idea. I had promised Chef Jordan that I would make it down at some point, after he worked so hard to try and get me a table. I felt awful. Unfortunately, when I decided to pop down, it was his birthday, so he wasn’t there – what a shame, looks like I may have to go back again when he is there! And boy I don’t need asking twice. Check out how excited I was! 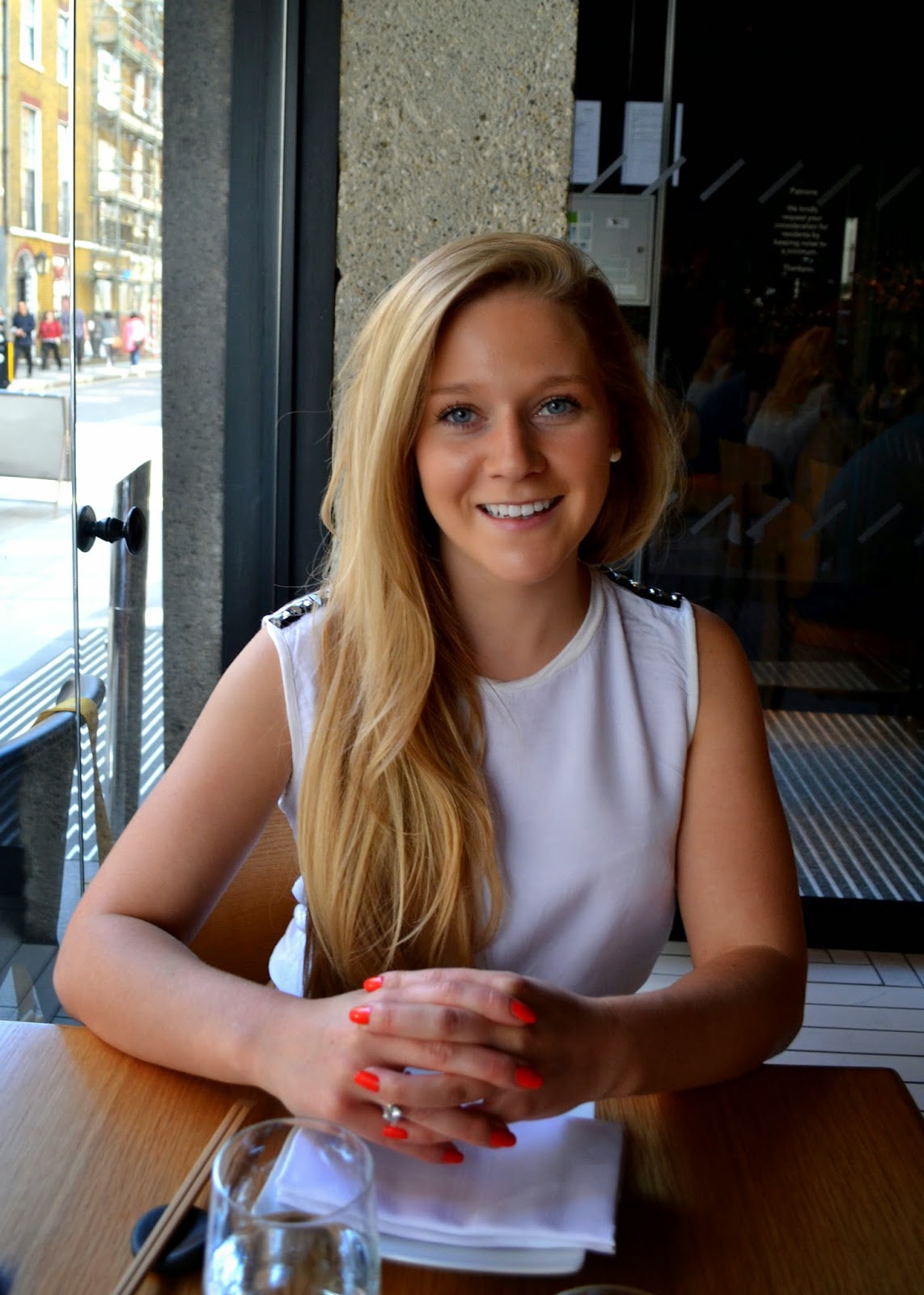 And obviously The Gentleman’s stop-taking-photos-hurry-up-and-look-at-the-menu-so-we-can-order-because-I’m-so-so-so-HUNGRY face. 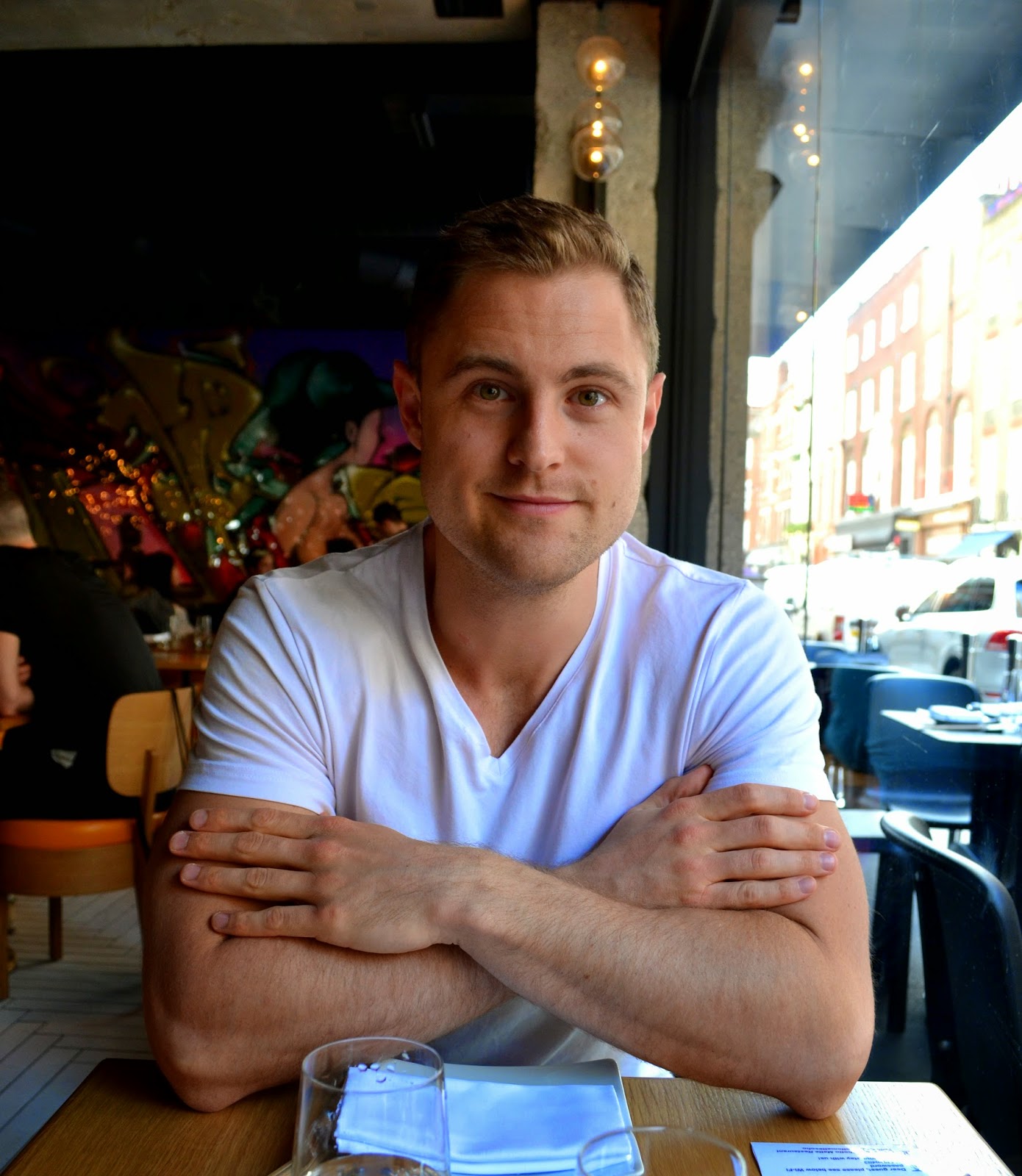 Chotto Matte is right up my street in terms of design. A massive feature wall of graffiti fills one half of the restaurant and an incredible plush sofa with a spiral staircase fills the other. With two bars and a live band playing to keep us entertained, I was in heaven. 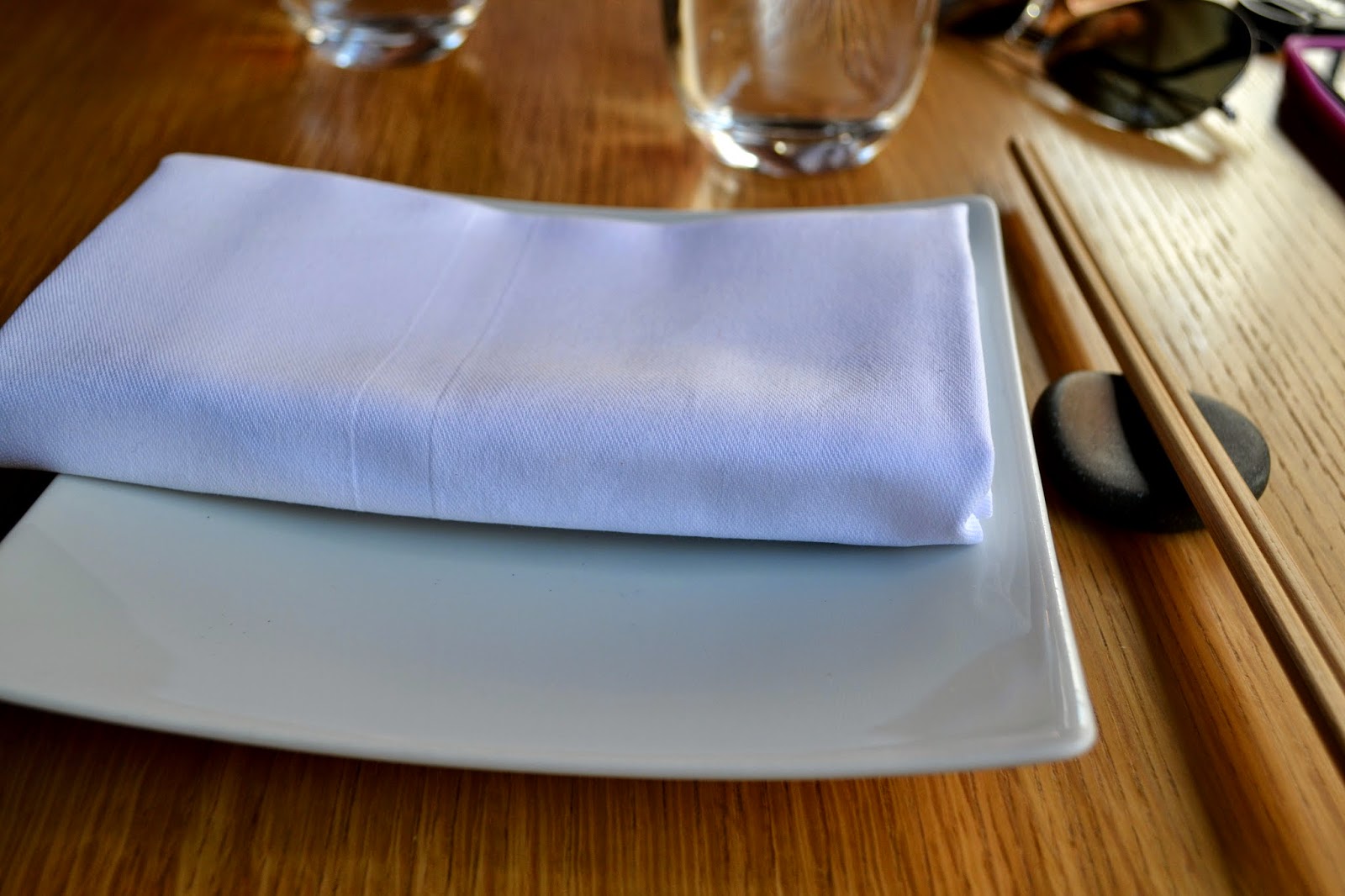 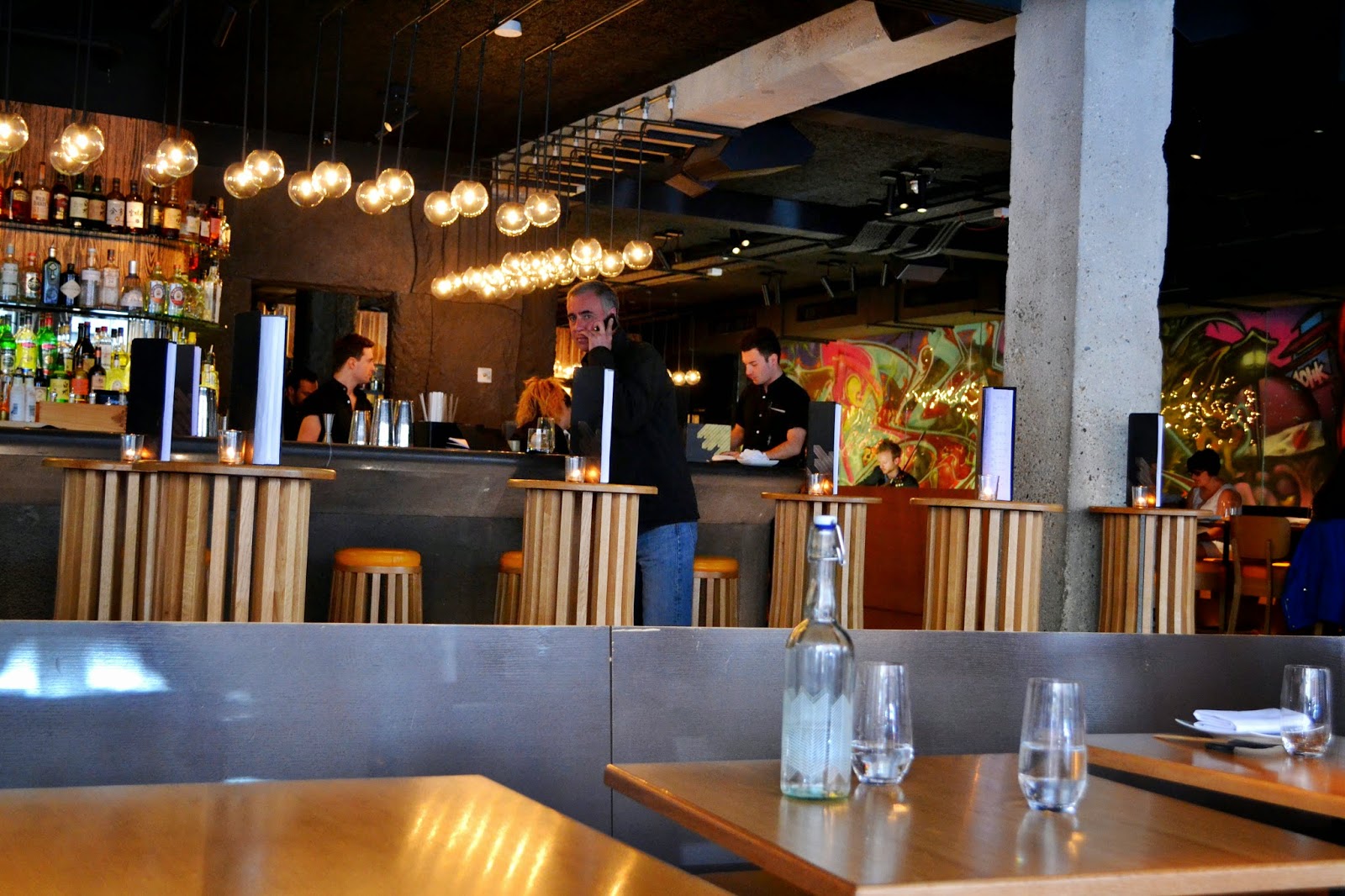 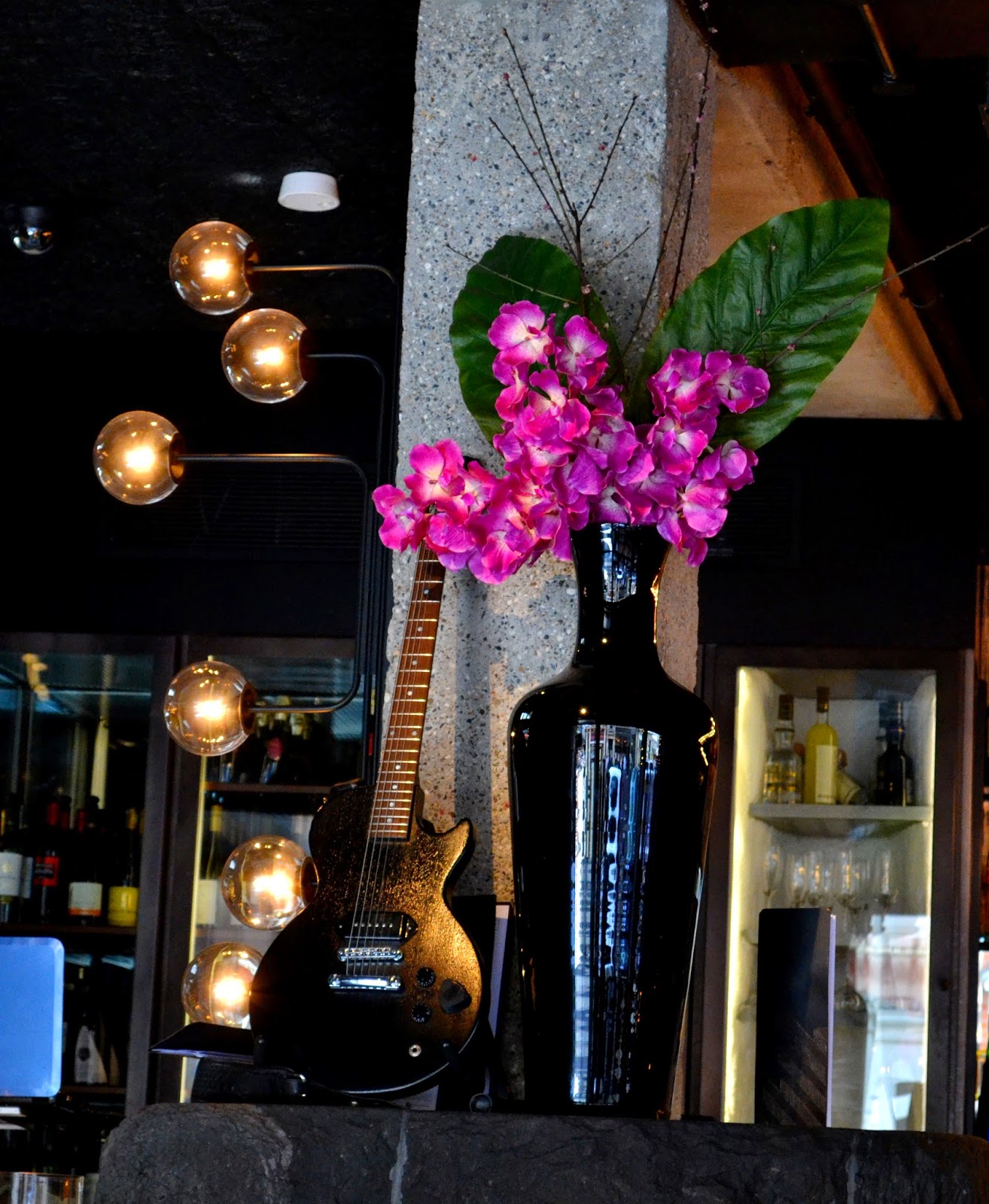 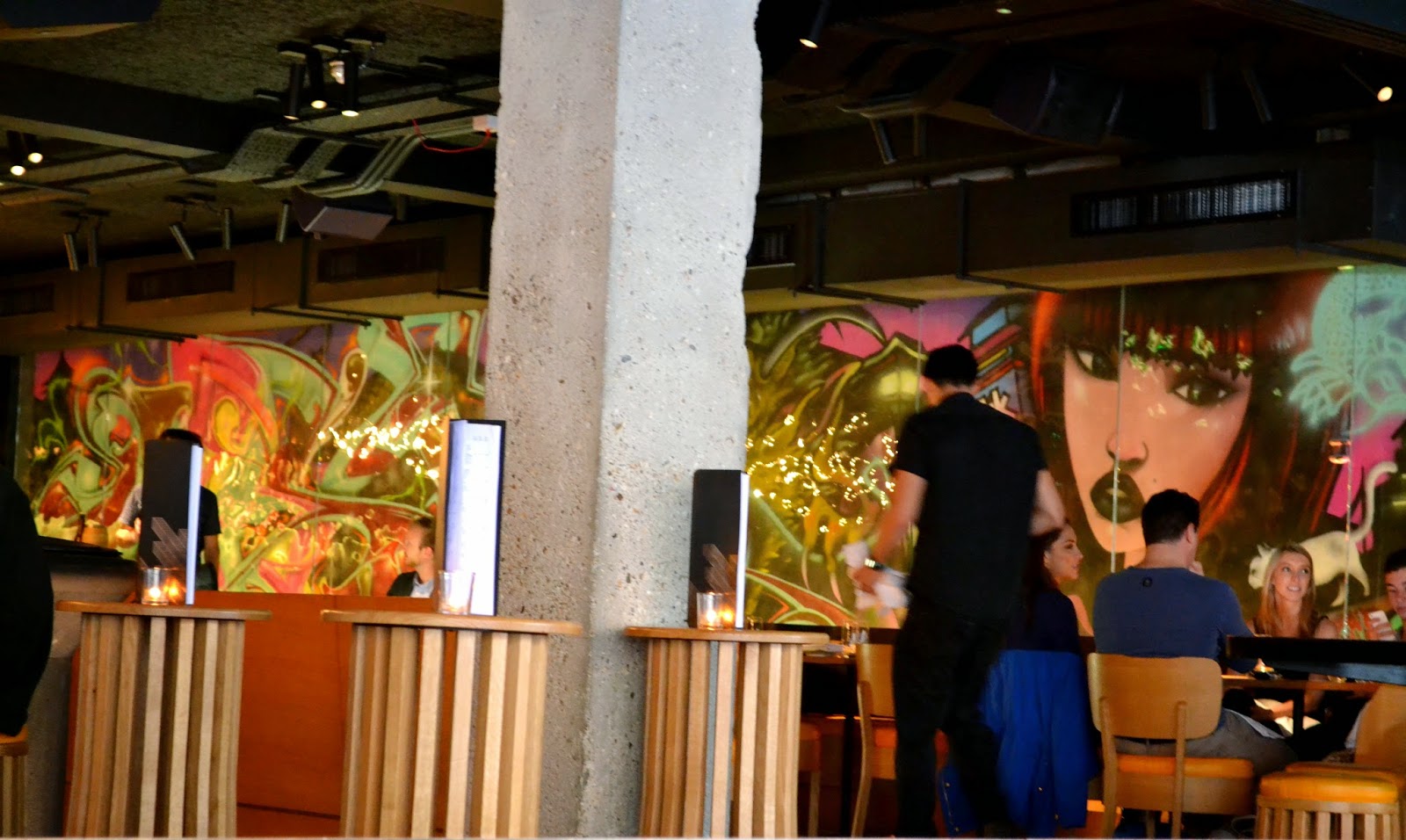 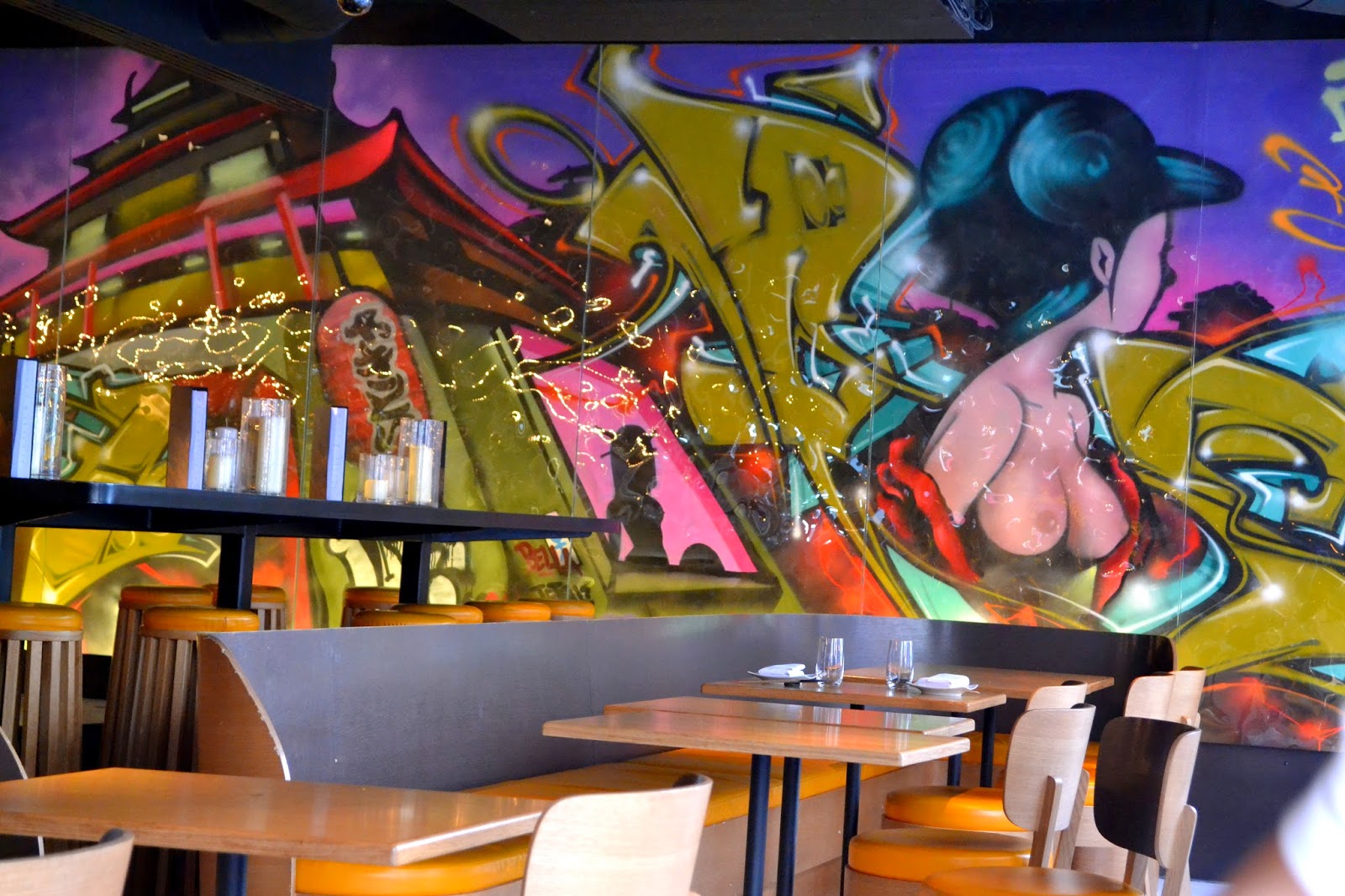 I finally got around to looking at the menu and became very stuck. How was I supposed to choose just a few dishes? 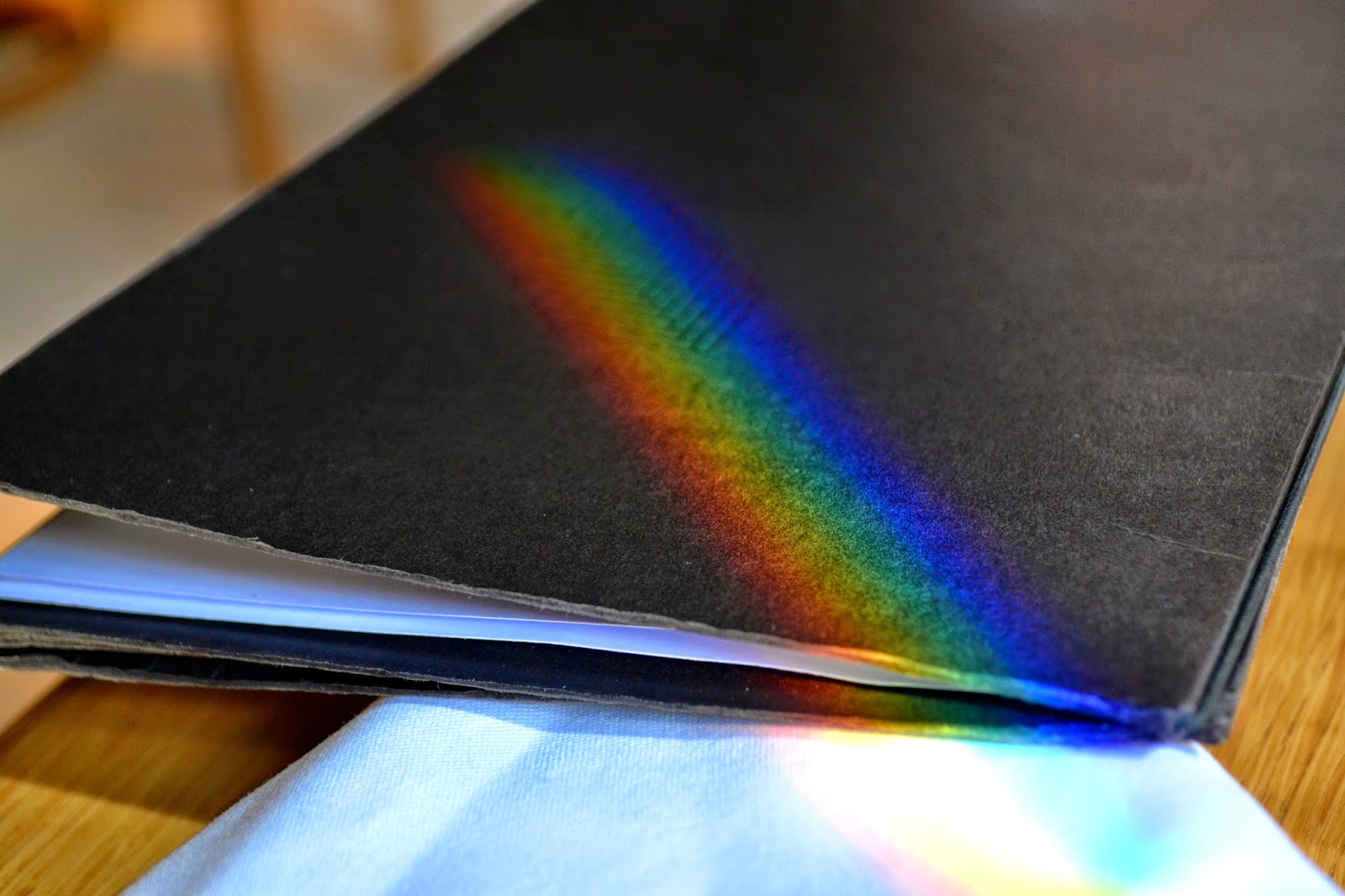 We asked the waiter for recommendations and eventually settled on our choices.

While we were waiting, we couldn’t say no to a cheeky cocktail. But, then again, when do I ever say no to cocktails?! 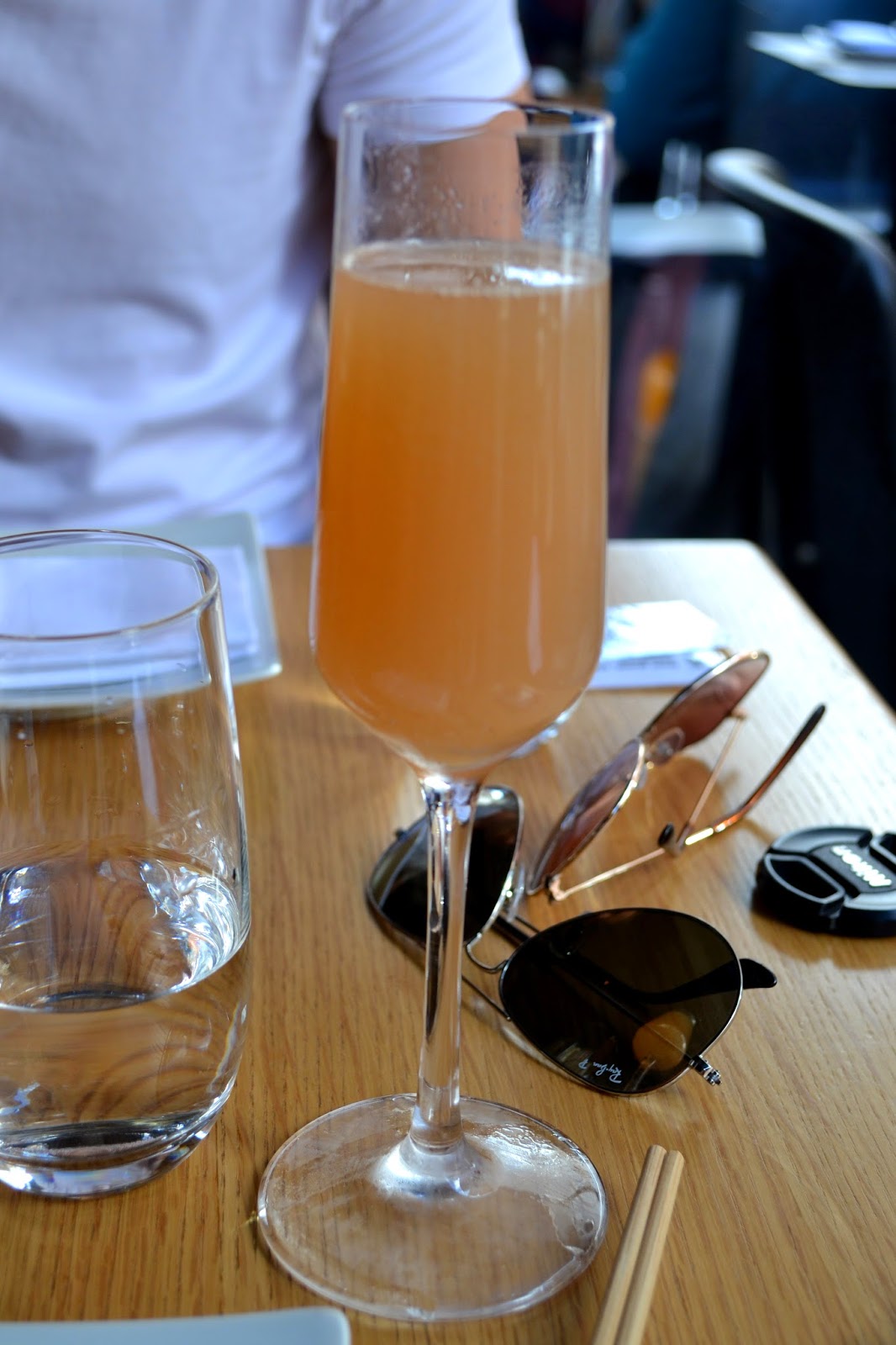 Chotto Bellini for me, and I’m not quite sure what The Gentleman had, but it tasted damn good – I know, because I stole a sip when his back was turned… shhh! 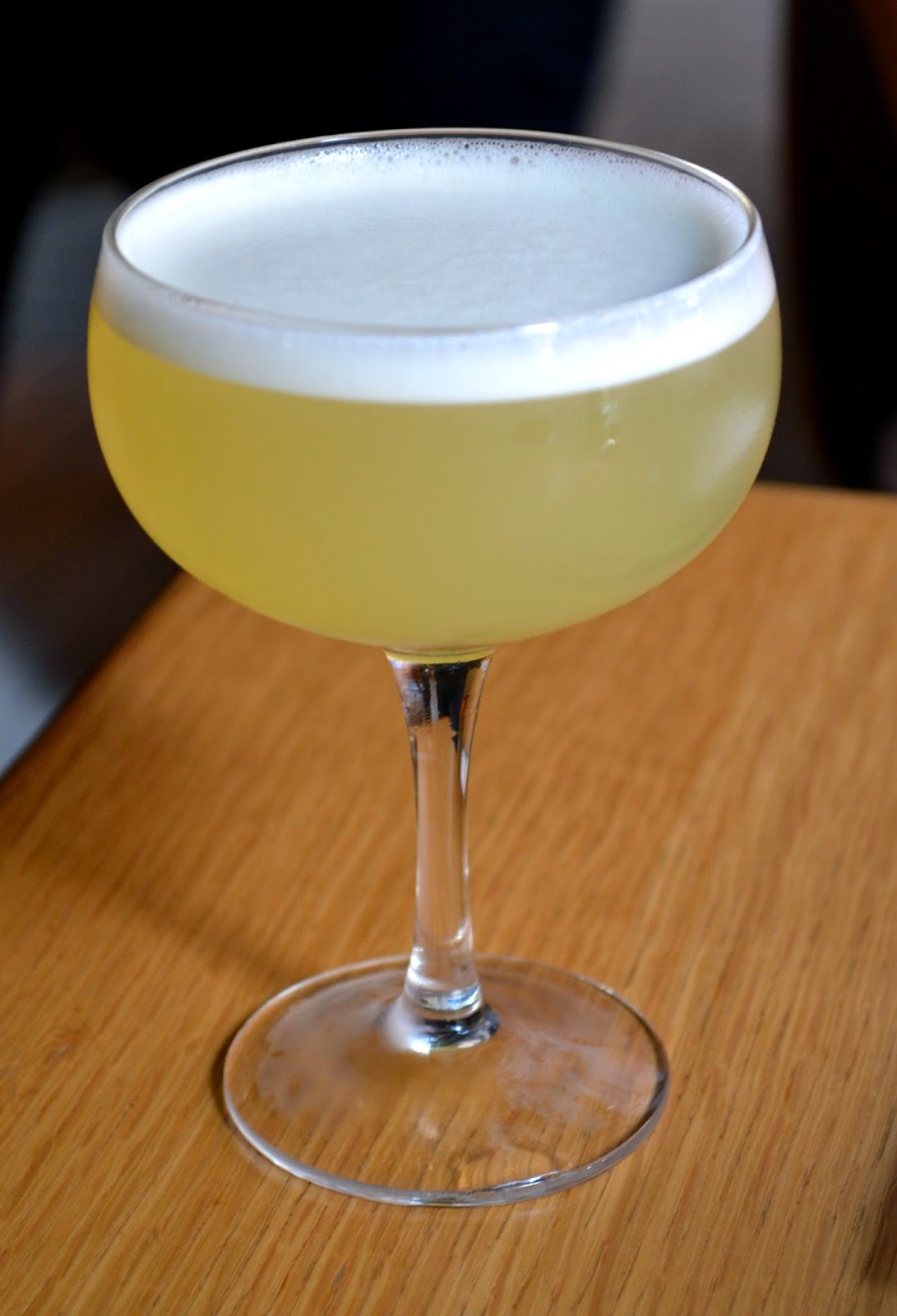 We nibbled on some Sweet Potato Crisps with Guacamole for good measure. Now, I don’t like avocados at all, ask anyone. I think they’re weird and green and slimey. But, I was hungry and I had been told I should try it. So I did. And now I’m converted. Or maybe I’m just fussy and demand the best? 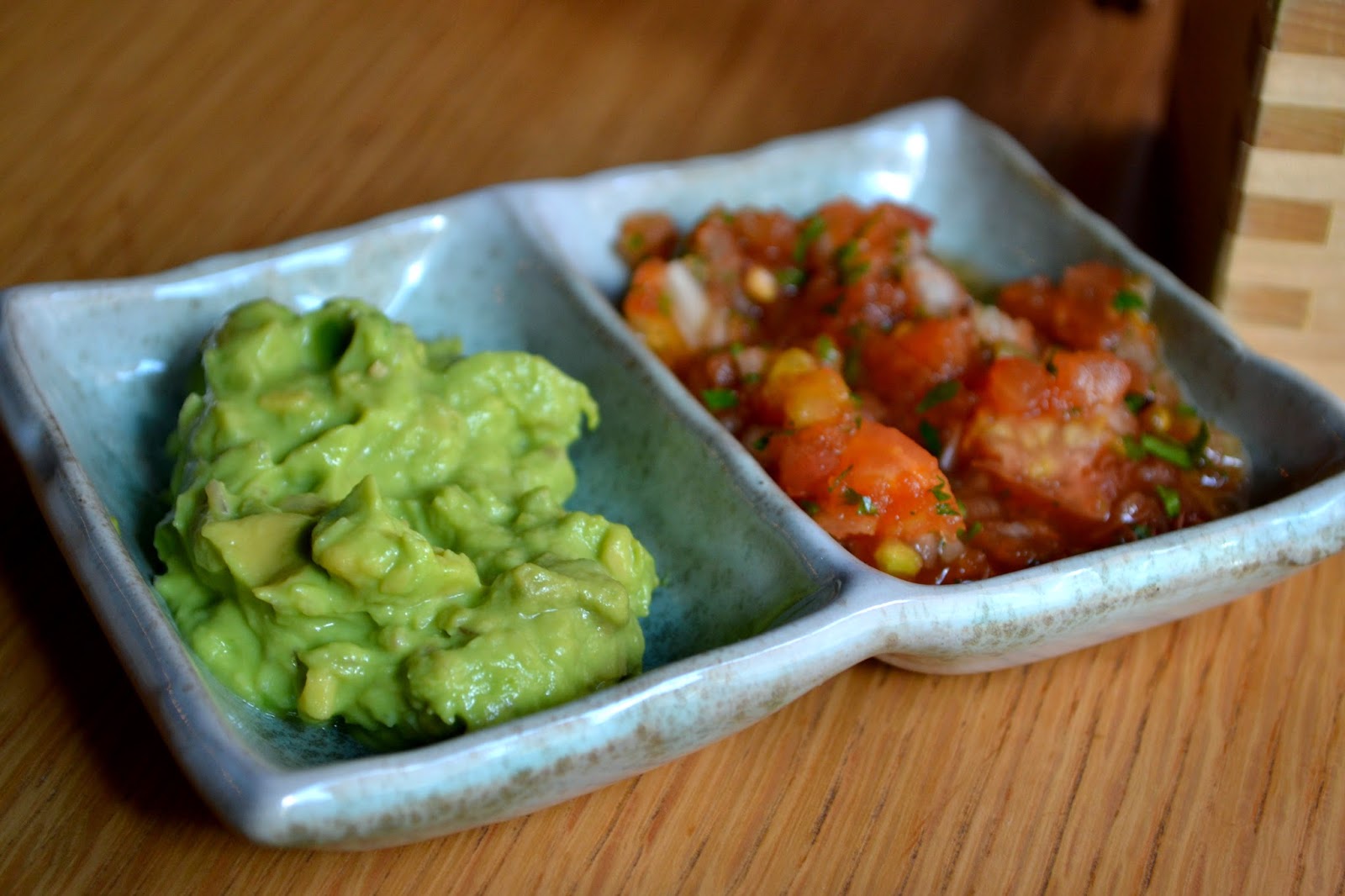 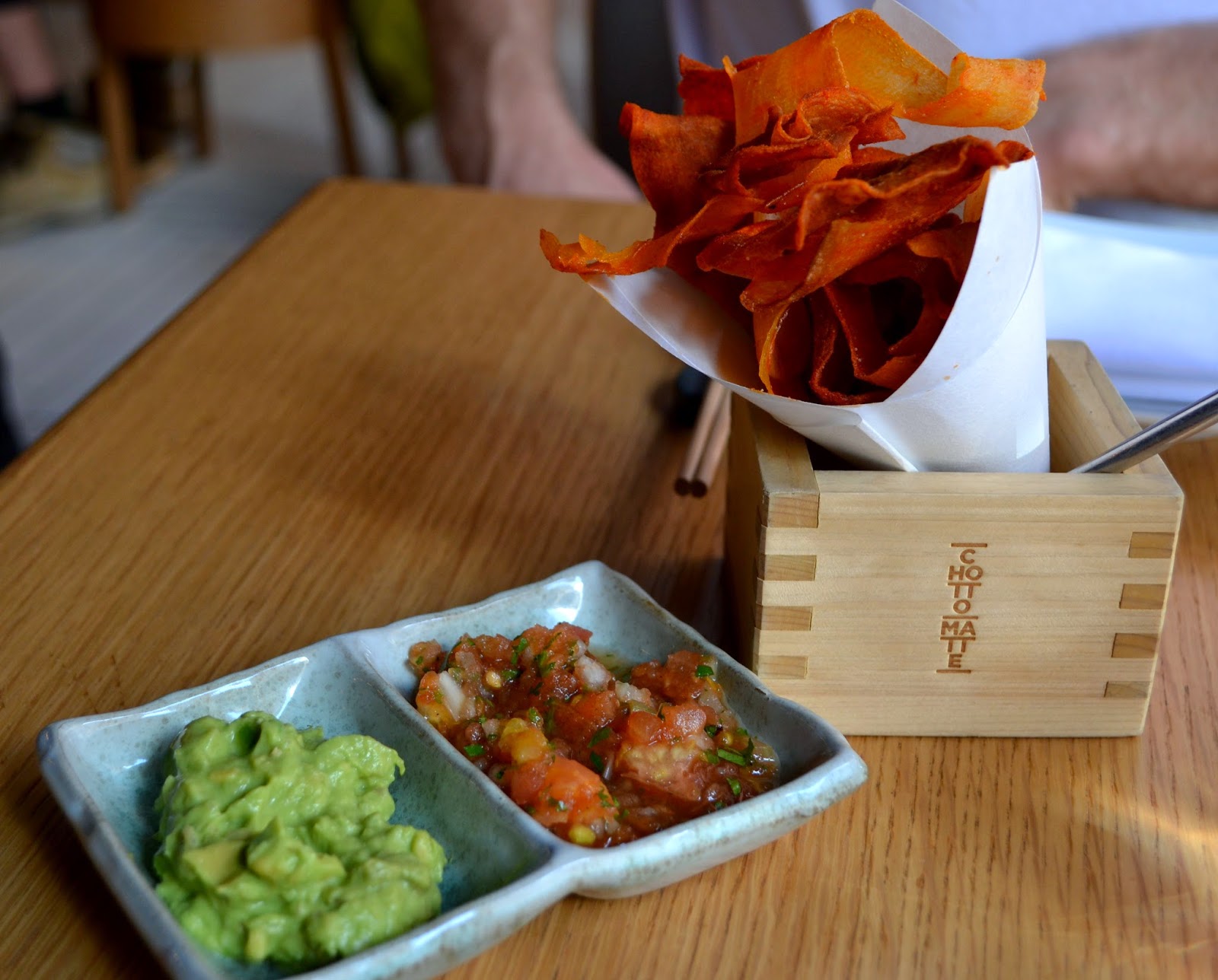 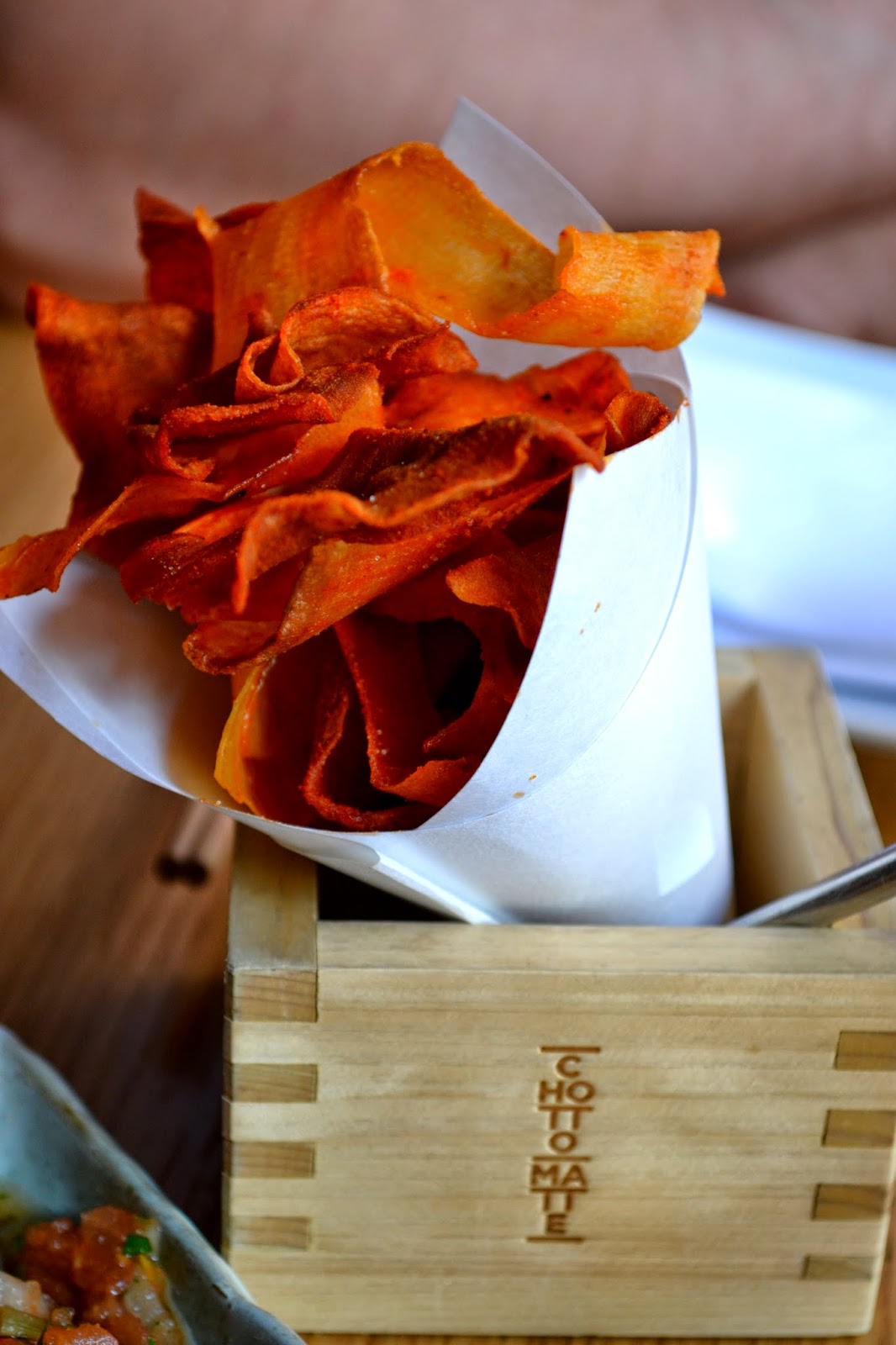 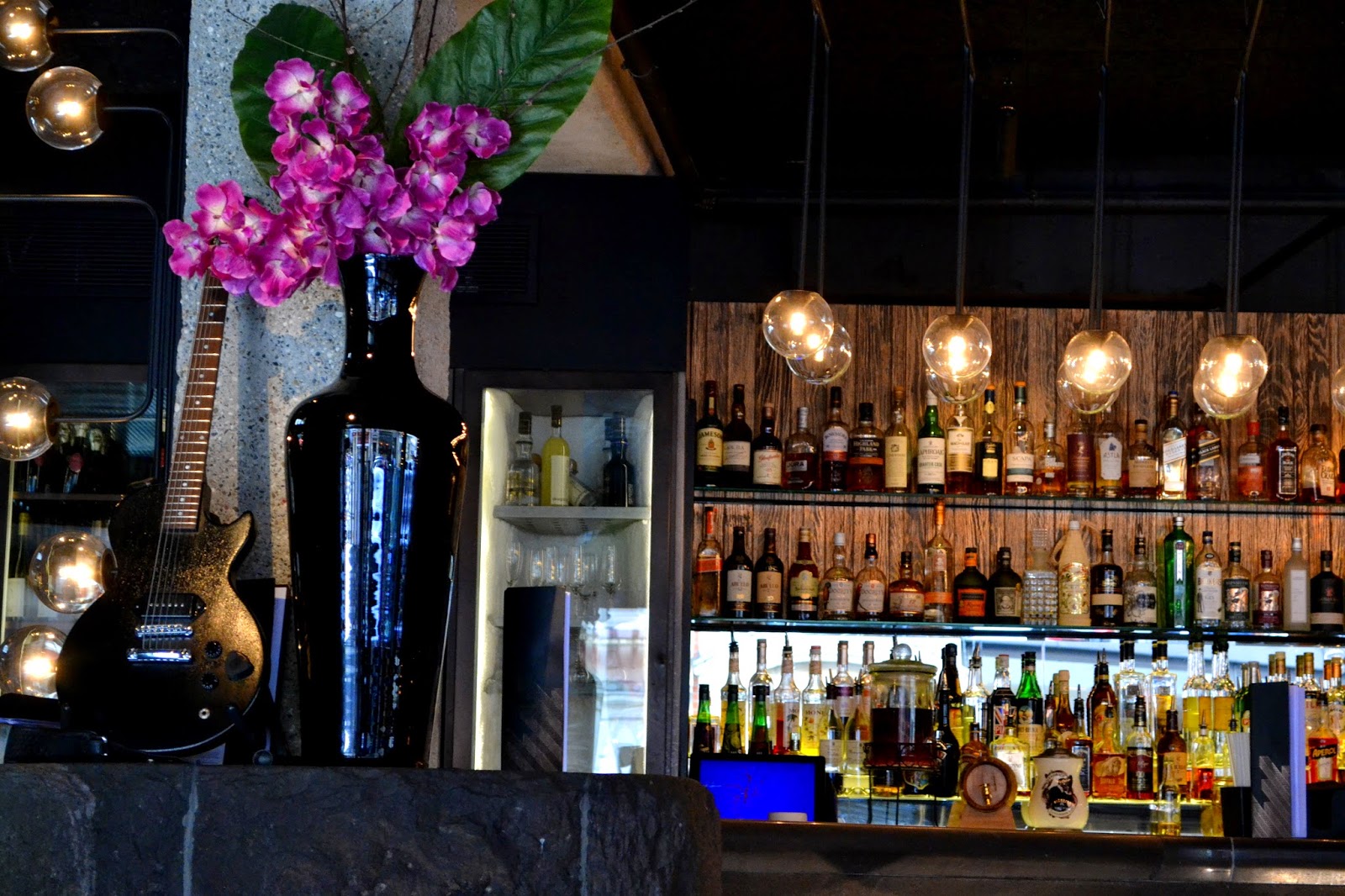 Our mains whizzed over in quick succession, soon after; 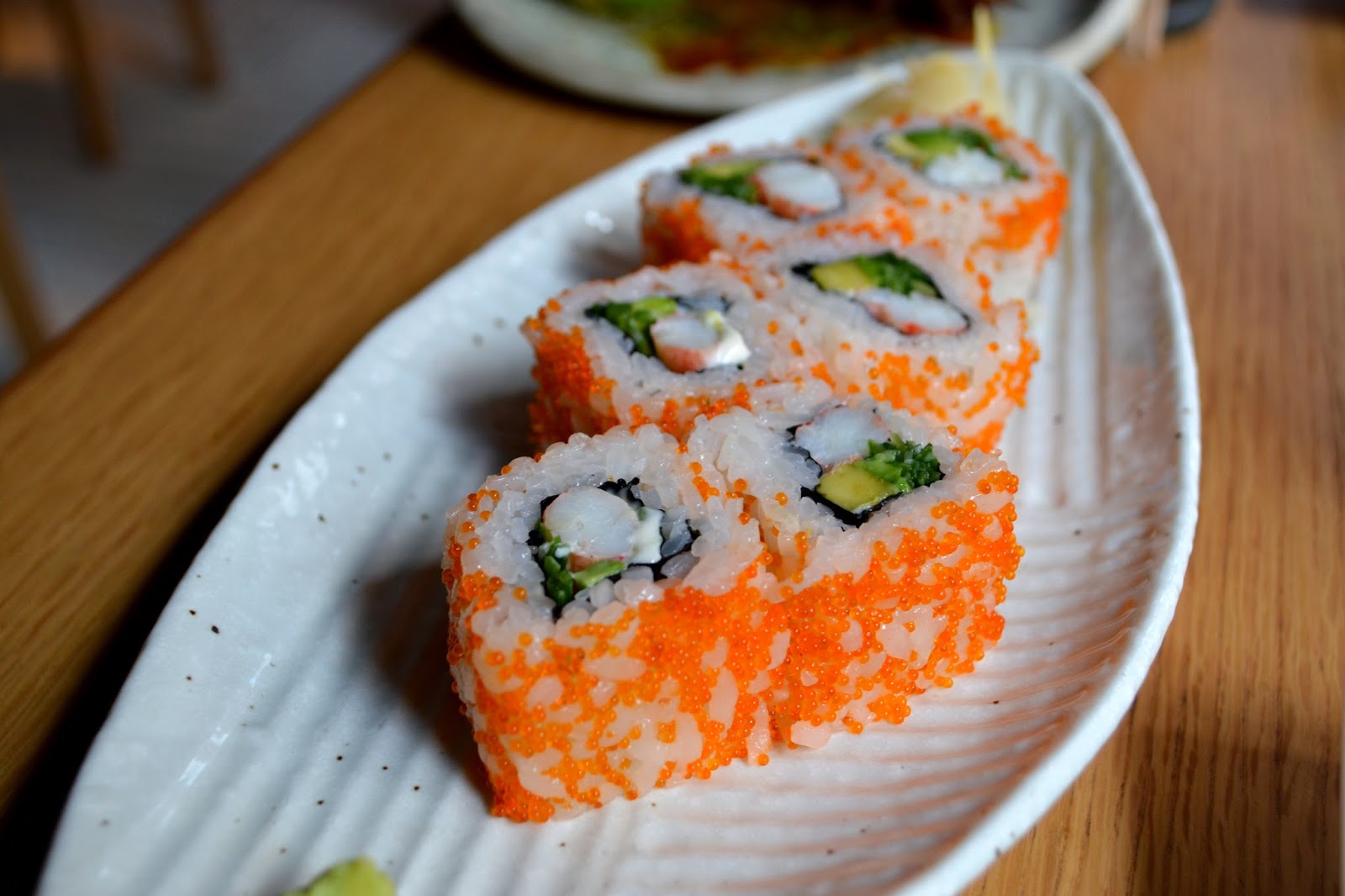 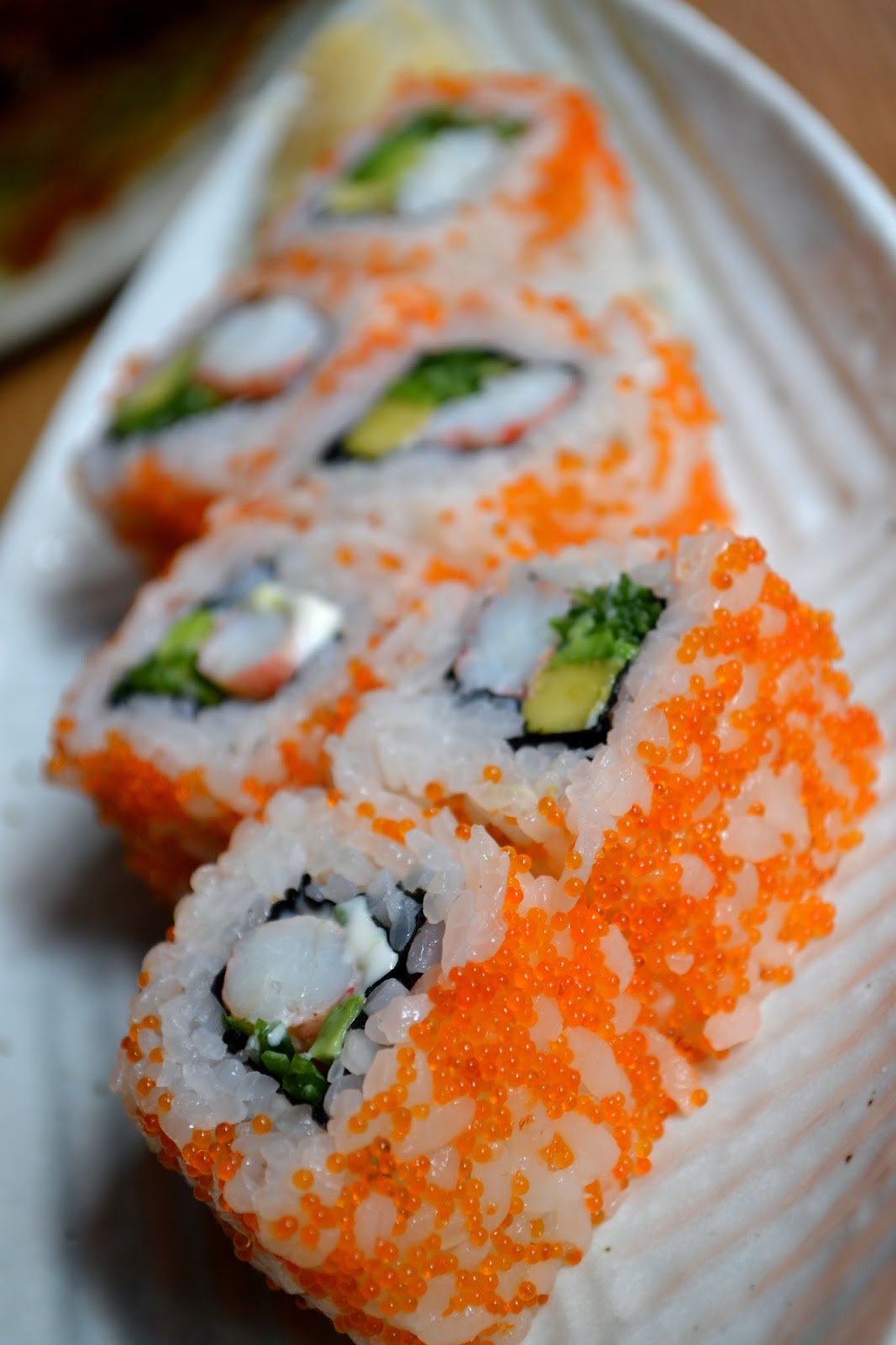 Because The Gentleman can’t eat fish, we don’t normally have it in the house. This means I take my opportunities where they appear. I couldn’t deny myself the California Rolls – 6 pieces of beautifully cut snow crab and avocado sushi dusted with little fish eggs. 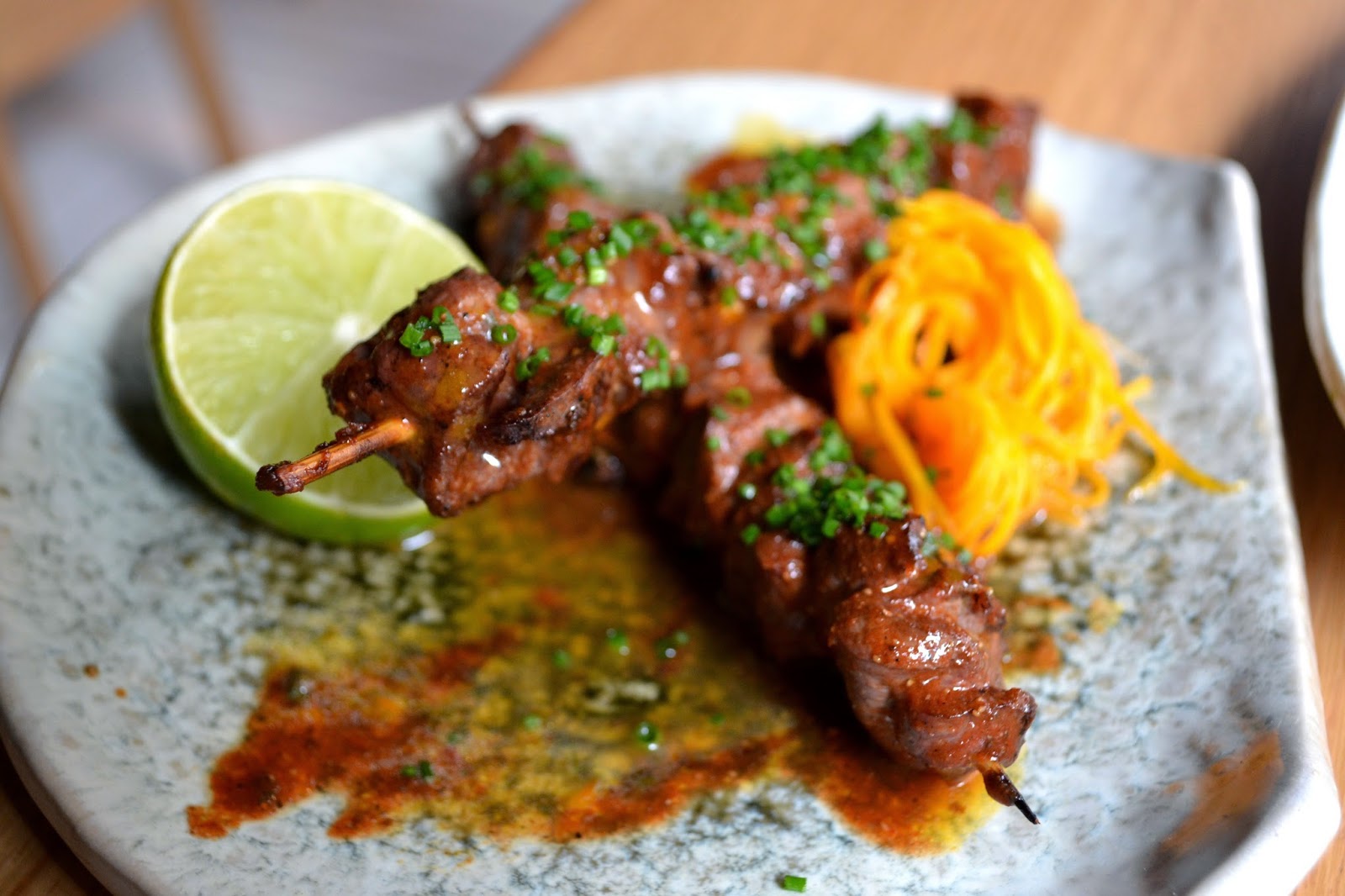 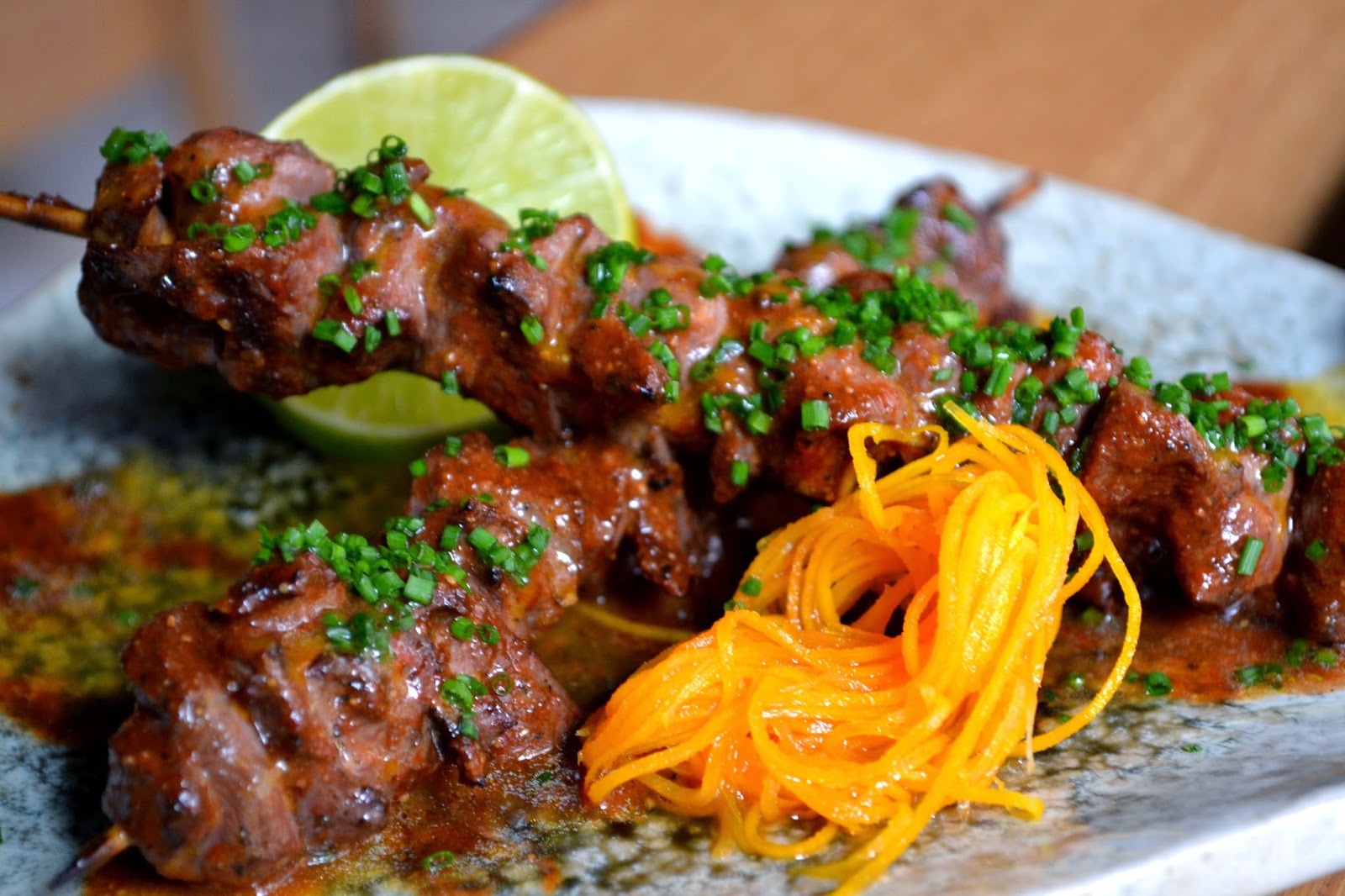 Corazon to share – essentially a spicy version of Beef heart with chopped chives to soften the spice. 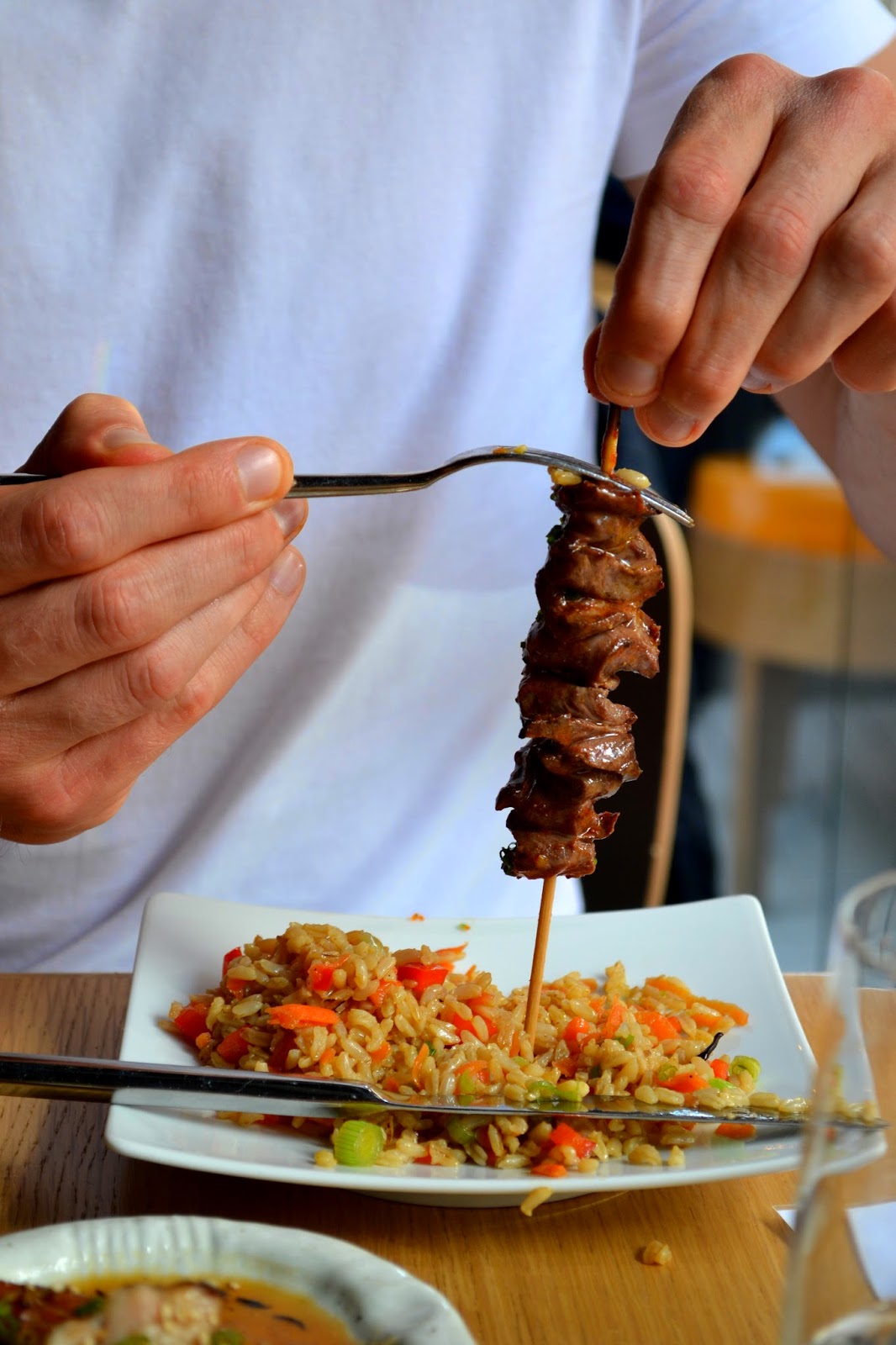 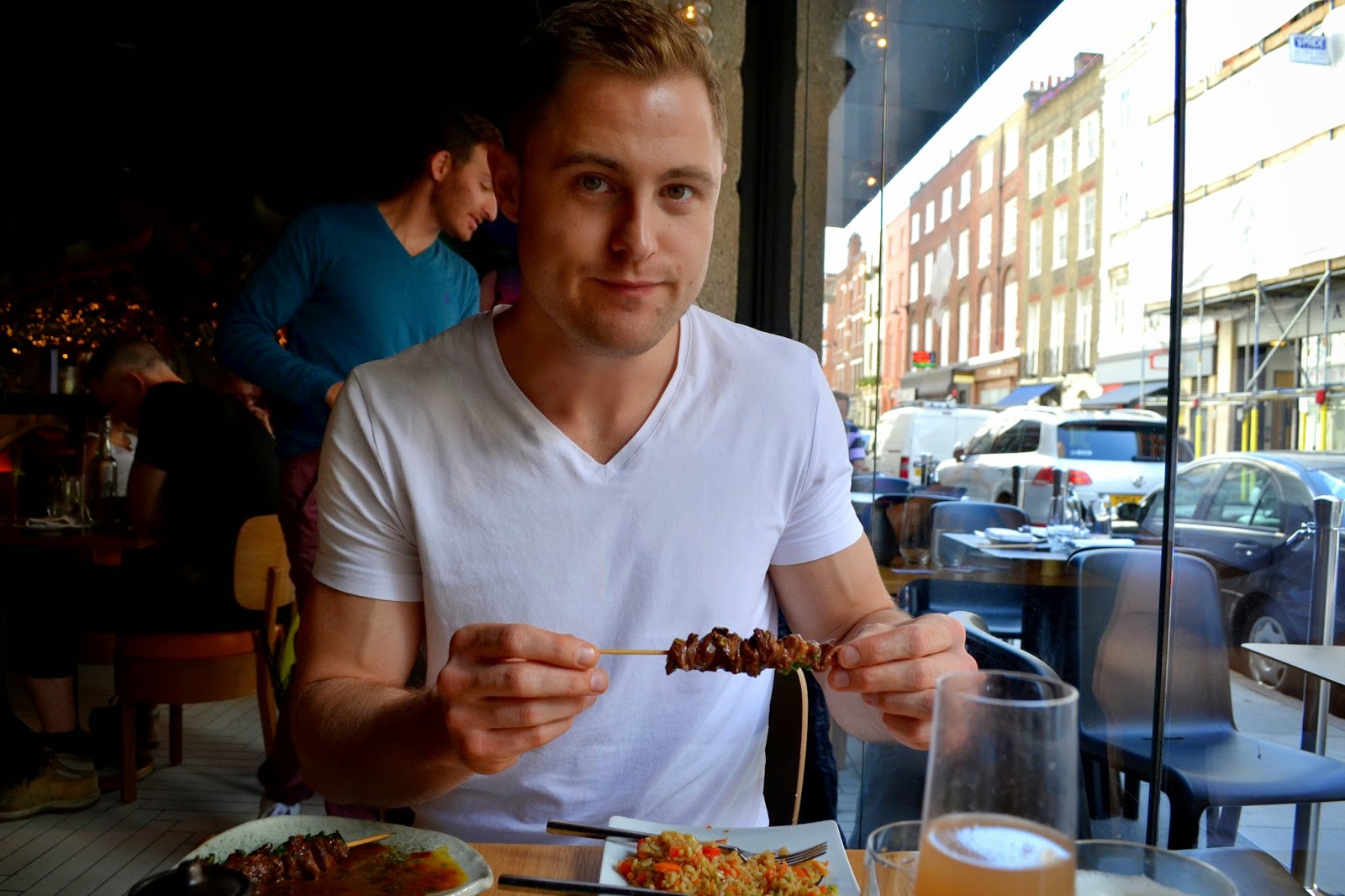 That one disappeared pretty quickly… 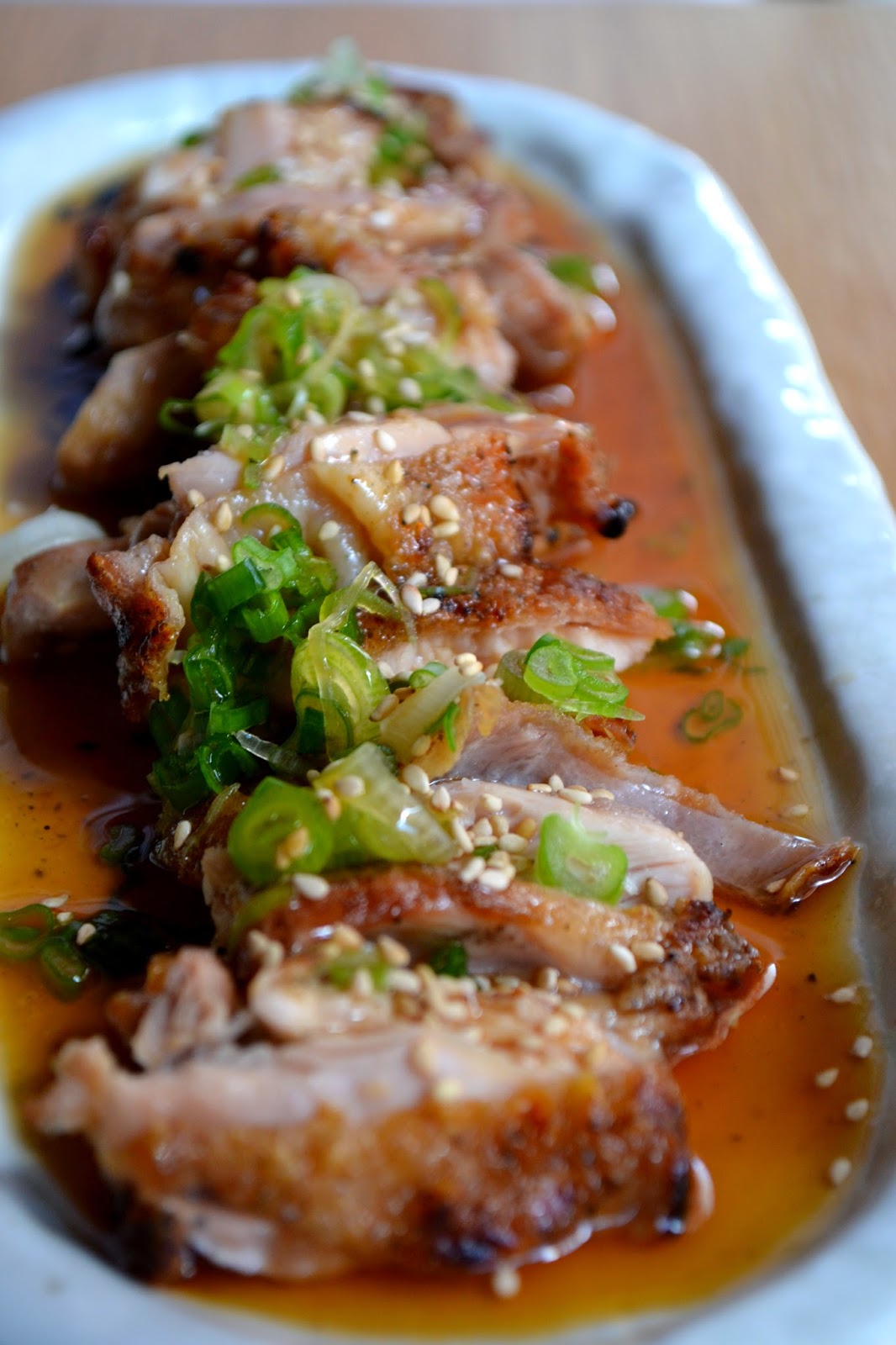 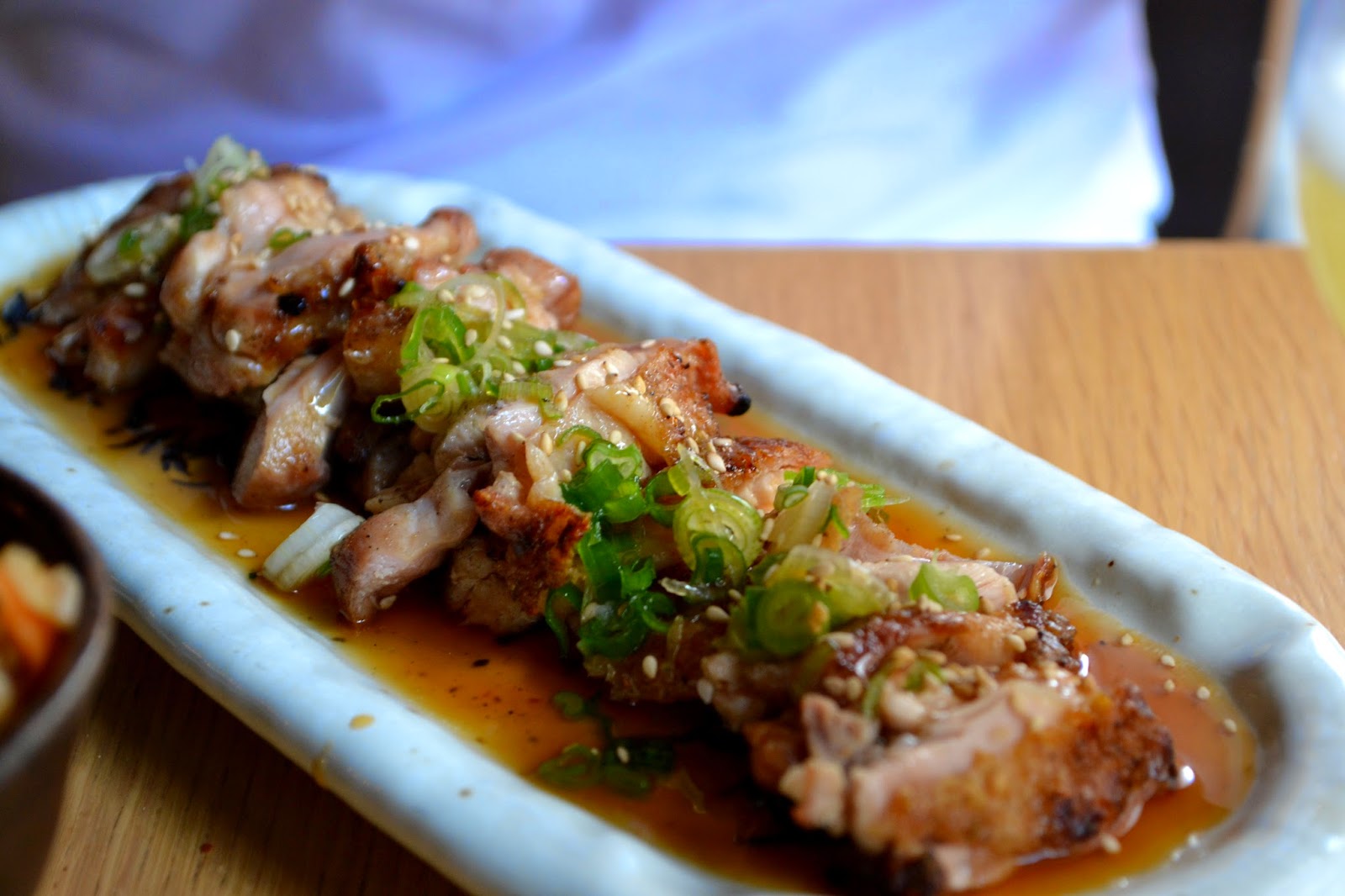 This was my ultimate favourite dish. The Chicken Teriyaki. I recently discovered my love for Teriyaki, but this chicken was just out-of-this-world incredible. The meat, succulent and juicy and the skin was crispy and full of powerful flavour. 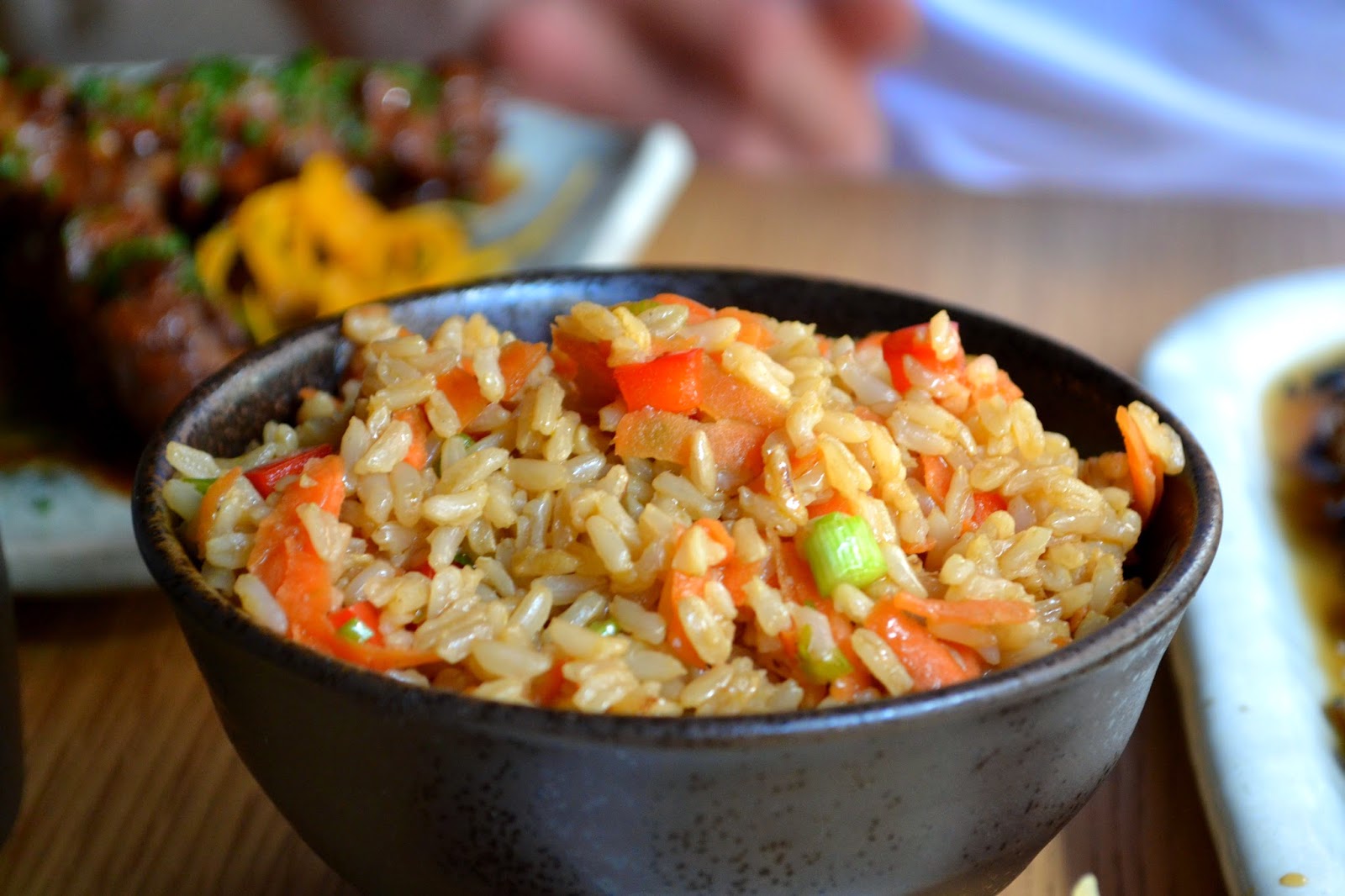 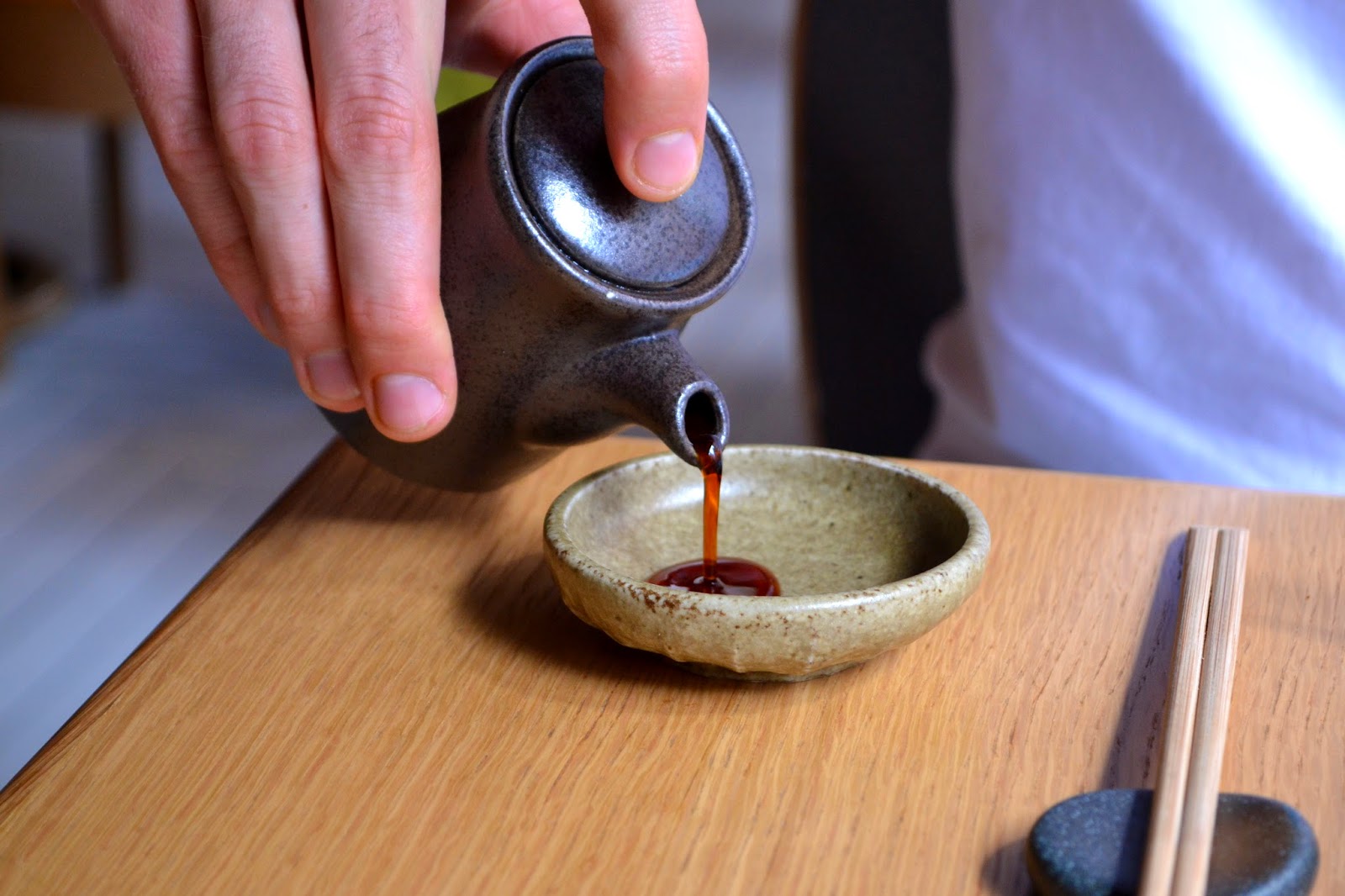 The show-stopper though, would have to be the last dish that arrived at our table. We had become rather full, so I asked the waiter if the dish hadn’t been cooked yet, to leave it as we may not be able to manage it. After a further wait, the dish arrived at our table, with apologies that it had already been put on the grill and that I honestly wouldn’t regret trying to fit it in.

He was so right.

The meat was fleshy and gorgeously meaty, while the tentacles were lovely and crispy – exactly how I like it. The potato, looked incredible on the plate and the flavours of the spice (this dish is really hot!) with the Purple Potato combine beautifully and compliment each other perfectly.

Plus, it just looks so beautiful and totally S/S14 with the colours – am I right?! 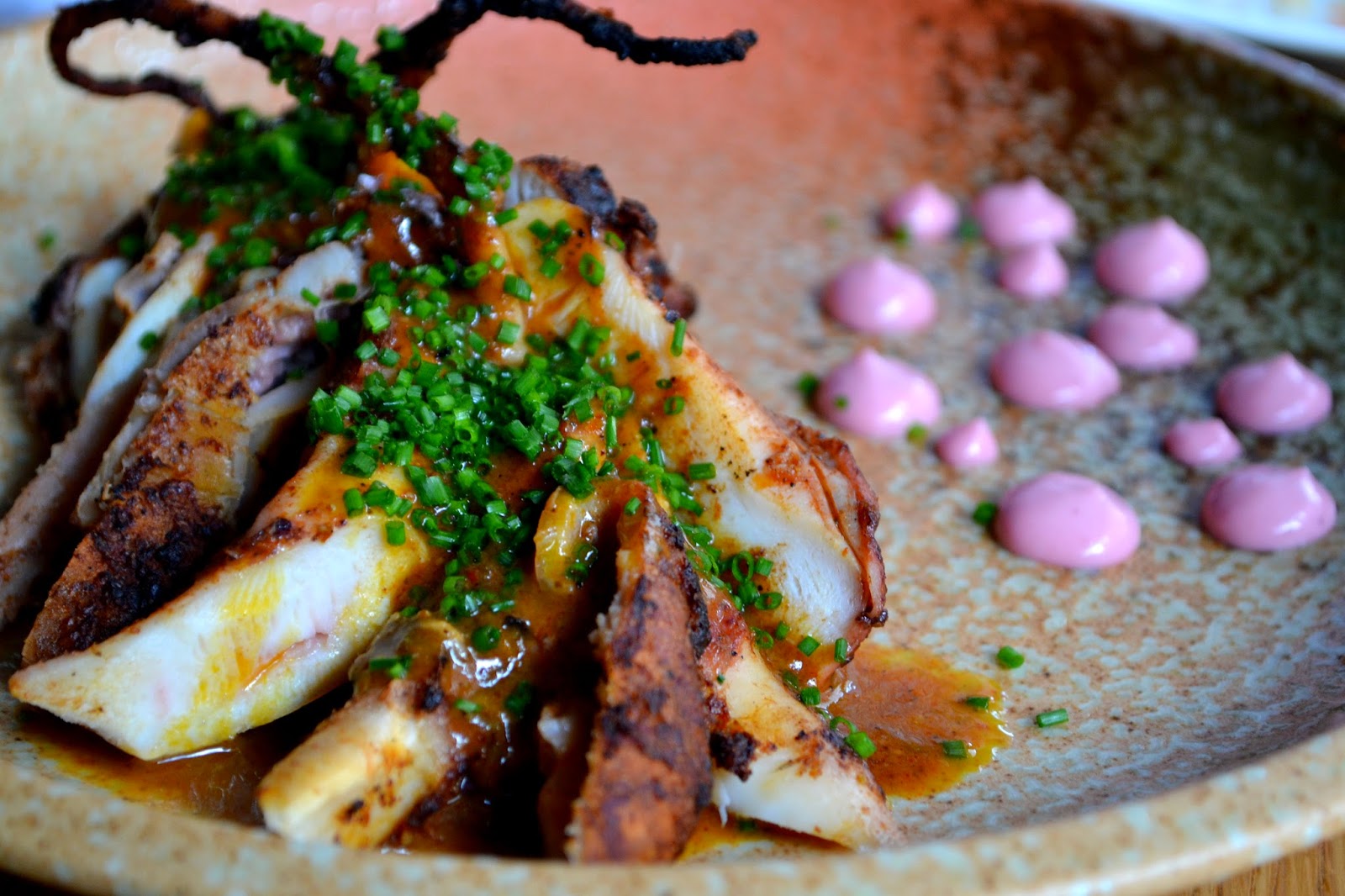 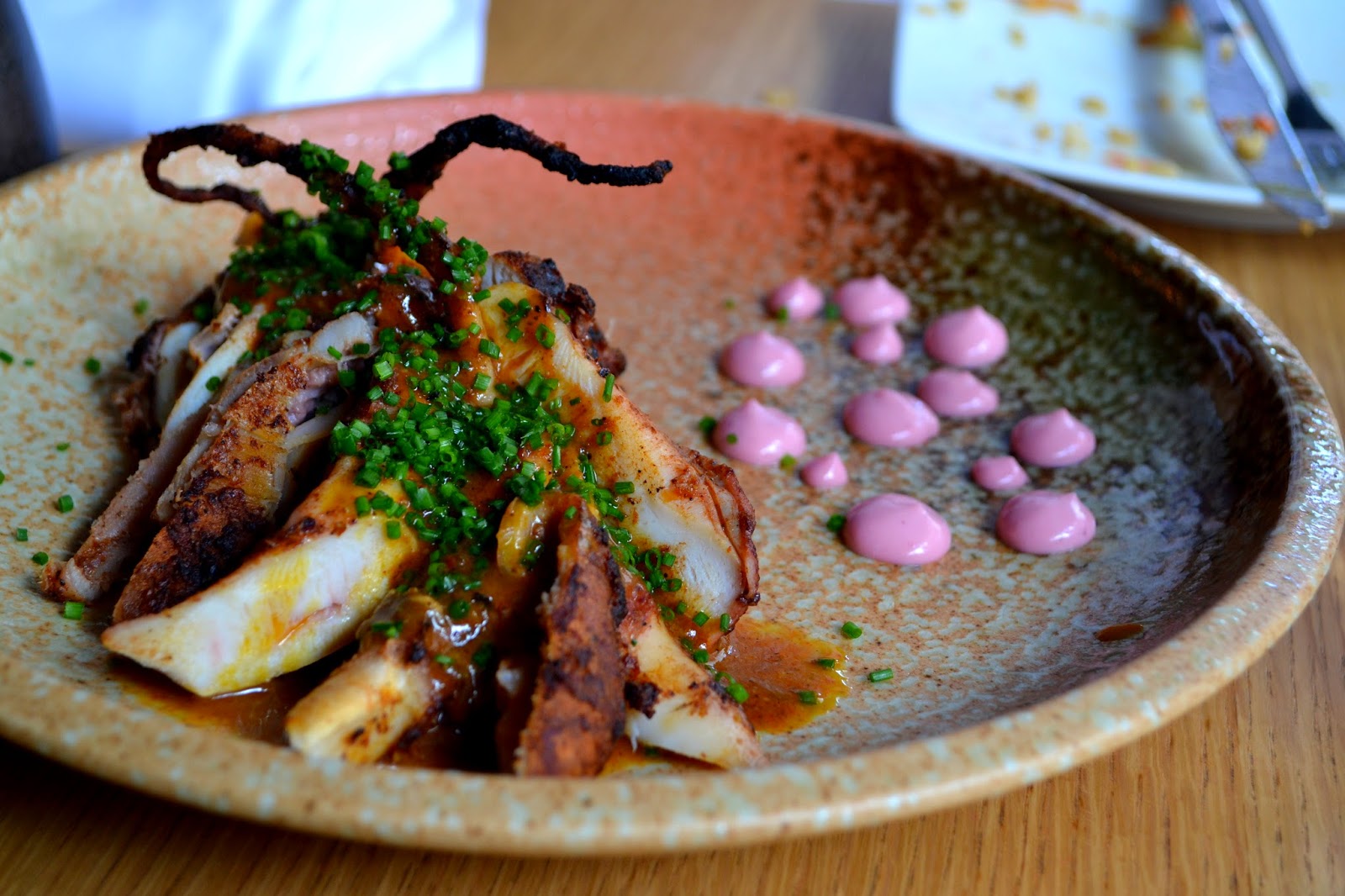 After all that, we were presented with the pudding menu. For once in my life, I had to politely decline.

I’ll just have to head back and sample it another time! 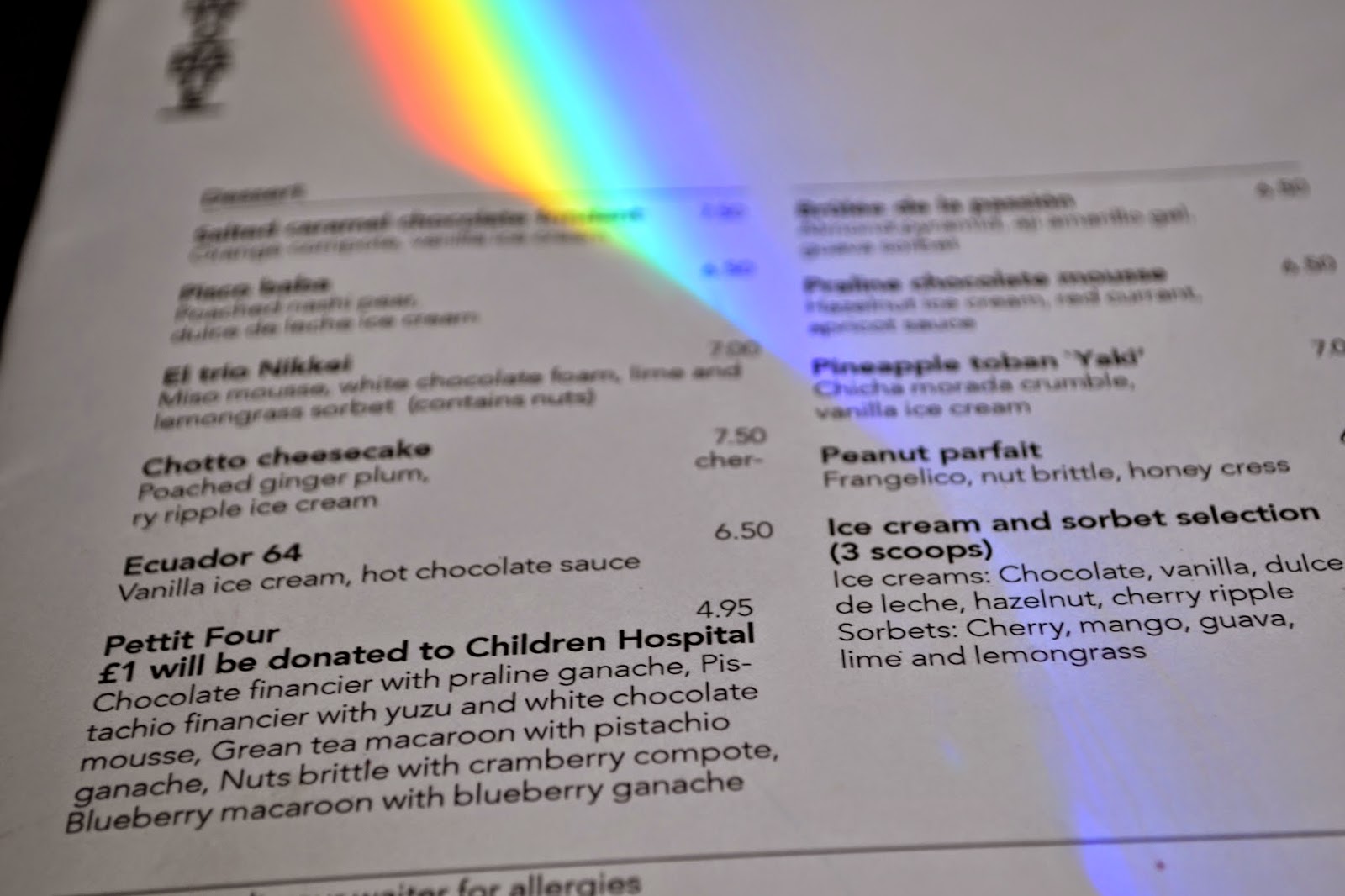 Before we left, we had to head to the facilities. If you follow me on Instagram, you’ll know I can’t resist a little toilet selfie. I’d hate to disappoint; 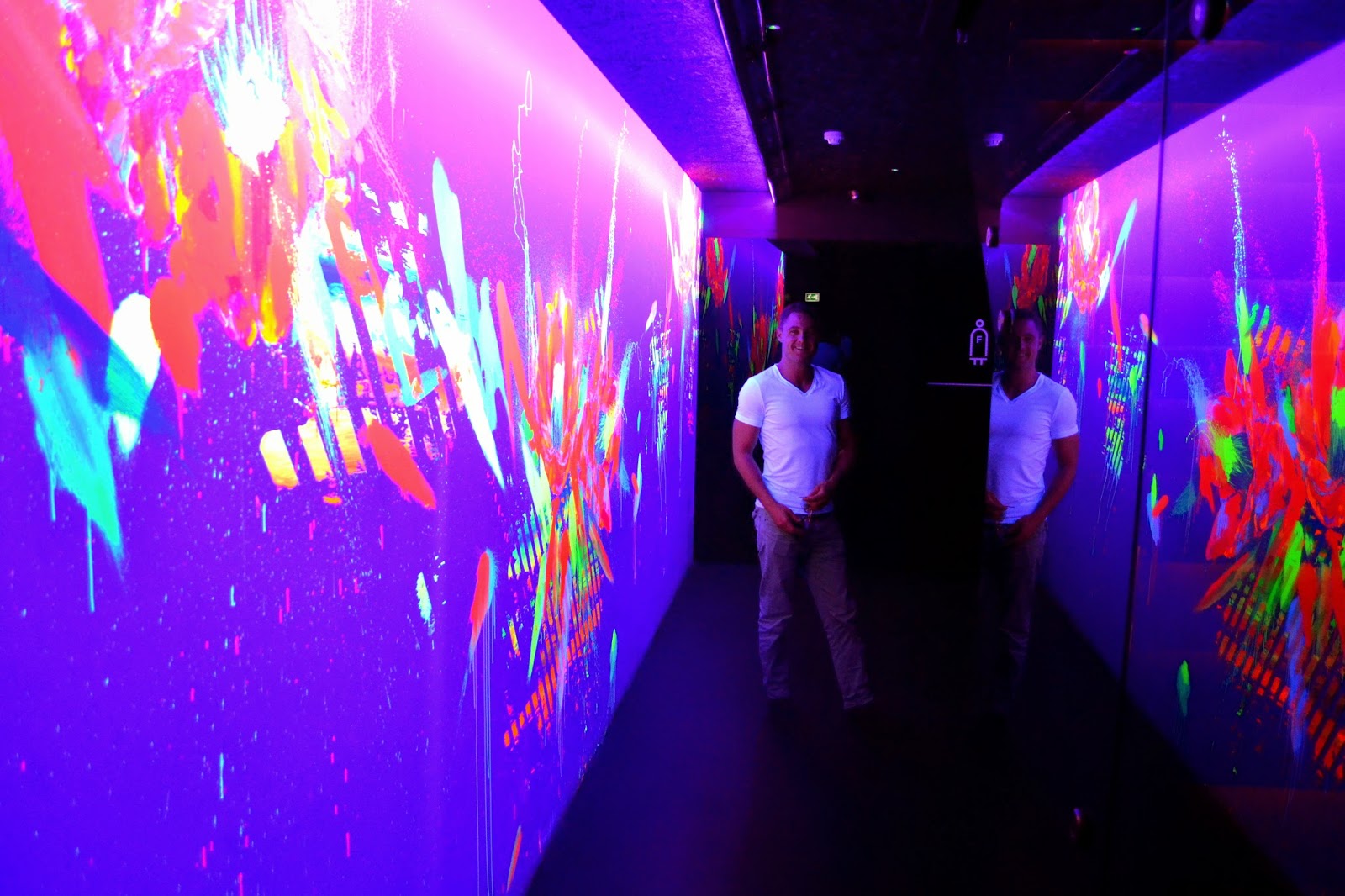 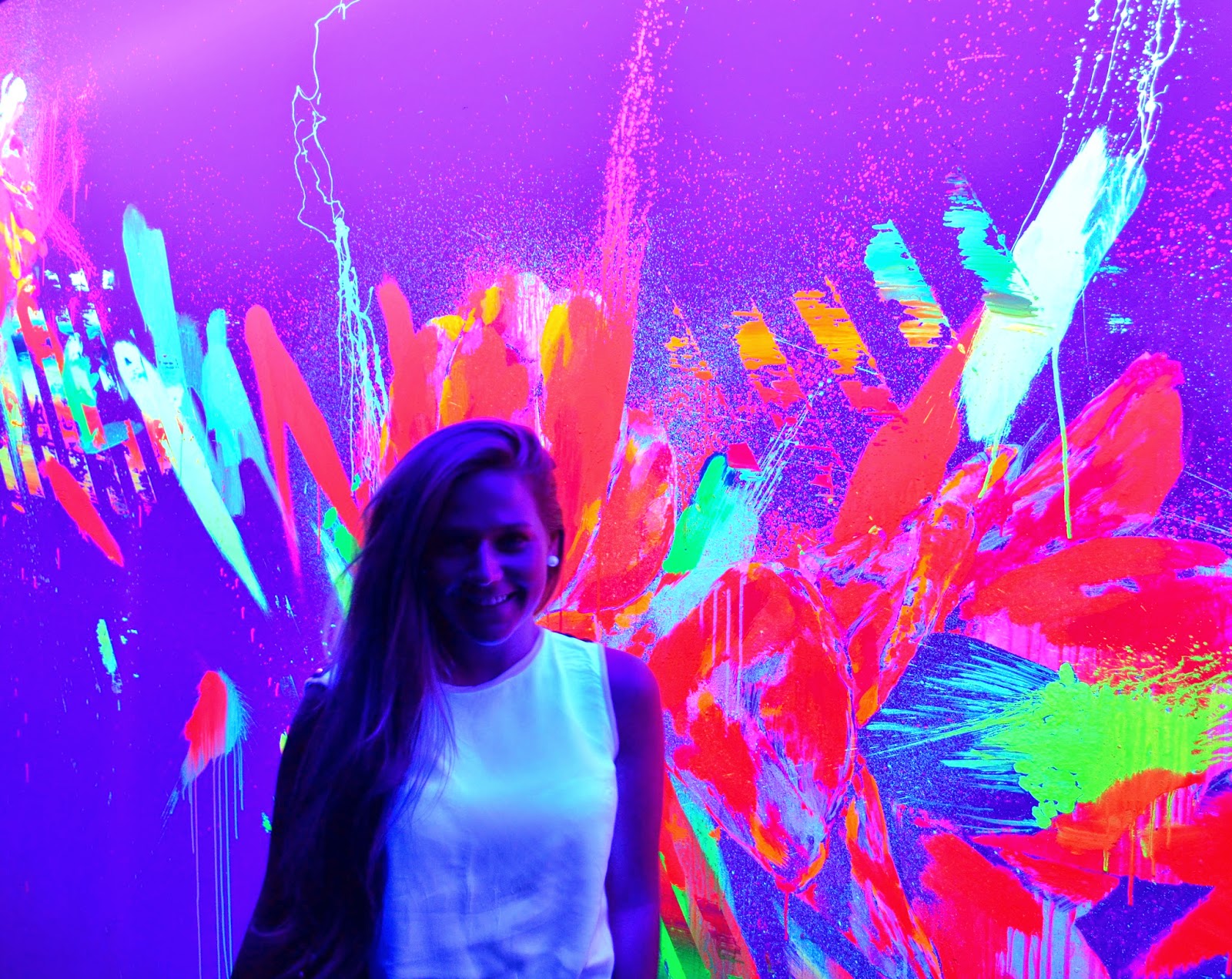 I absolutely loved our lunch at Chotto Matte, and I’m so glad I finally made it over to sample the wonderful delights of their menu! This goes on my highly recommended list, for sure!