On Friday, I experienced one of THE most memorable days of my life.

If you follow me on Twitter or Instagram, you may have known what I was doing. A while ago, it was announced that my wonderful Father had received an OBE and he was allowed to take four guests with him to receive it. As there are six people in my family, this was an incredibly hard decision for him. Eventually, he came to the conclusion that as my brother had school, he wouldn’t come and all us girls would go instead. I can’t say I’m not gutted we couldn’t all go, but I still had an amazing time and it was a wonderful experience.

We drove right up to the Castle Gates, before the police opened them before us and waved us through. It was a foggy, gloomy day but as soon as we passed through those gates, it was as though the sun came out to greet us.

Ushered under the giant arch, we walked around the central grass island and right up to the front door. Our cameras and phones were taken from us before we were led up an incredibly grand staircase lined with military equipment from all over the world; guns, swords, muskets and spears all encased in huge glass cabinets.

My Father was then led to another room, whilst we were led into a huge hall with a red chair at one end inscribed with H.R.H. Facing the red chair, were about 80-100 more. Each a particular distance apart – we were on the third row.

Looking up, portraits of ancient Royals hung all over the walls. An Orchestra played music from a gallery above the huge doors, and the sun shone through the ornate glass windows surrounding the ceiling and reflected off the impressive chandeliers.

After about an hours wait, the hall had filled and rhythmic banging started to resonate from the back of the room. Four Yeoman walked in time to the beat, down the centre of the hall and surrounded the front of the room at all four walls. The Gentleman that had ushered us all in, then motioned for us all to stand as the Queen walked into the room and the National Anthem played. She looked incredible. Obviously carrying one of her well-known black patent handbags – it off-set her Chanel style two piece pink suit perfectly!

“Please do all be seated” she commanded softly. We did as we were told, and immediately the ceremony began. Each recipient came through, one-by-one they were announced; Dame Penelope Keith, Mr Michael Crawford and then my Dad! We all beamed with pride and clutched our hands in our laps, ignoring the urge to applaud but nudging each other and smiling instead. He was announced, walked forward and stopped about 6ft in front of the Queen, took a bow, and walked forward to bow again before she pinned his OBE Medal onto his Lapel. They conversed for a few minutes before she held out her hand to shake his which announced his cue to move on. He backed away, before bowing once more and walking out through a side door.

Music was a constant throughout the ceremony and I even managed to catch a few notes of ‘Rich Girl’ by Gwen Stefani in an Orchestral version. Before we knew it, the ceremony was over and we were standing once again for the Queen to walk down the aisle between us all and out of the hall. Then, we were all reunited with our friends and family before being given a tour of some of the Stately rooms in the Castle. Each room was more decadent and fabulous than the next, filled with trinkets and grand centre pieces collected from all over the world or gifted from Royals in various different countries.

Professional photos were taken, before we left the Castle to take our own at the Queen’s front door. 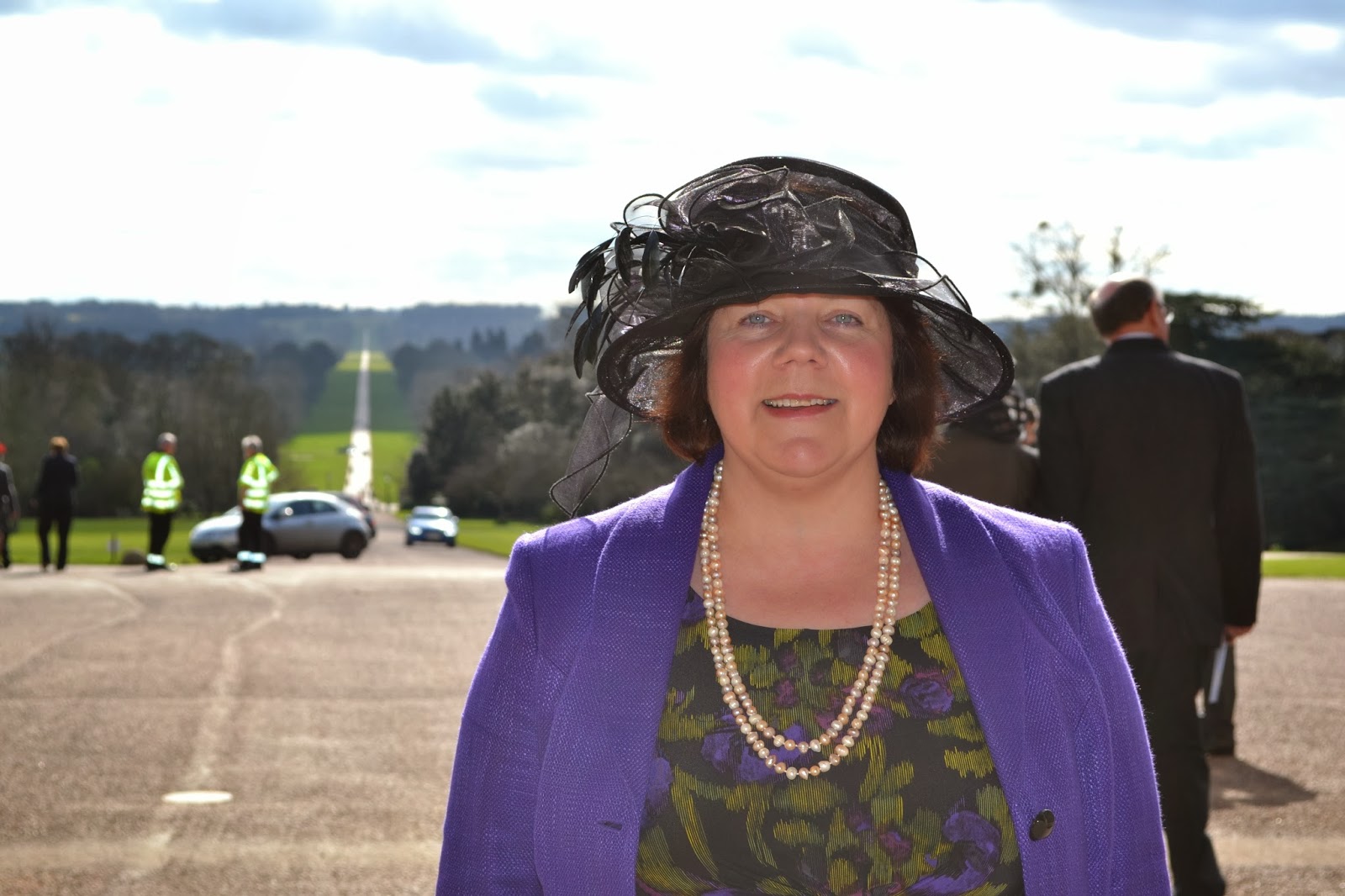 You can tell when we’re all hungry in my family; one person starts getting crabby and then it gets infectious and everyone starts fighting, shouting and arguing. I know so many families that are so perfect and can sit along singing songs in the car together, holding hands. My family are crazy. I’ve said it before, but I’ll say it again. We’re loud, talk about anything and everything and are crazy passionate but we love each other to pieces. Sometimes people joke about the fact that we should have our own television show; I really think if we did, someone might come along and lock us up…

Anyway, so we were all shouting and snapping at each other in the car and trying to find somewhere to eat. Sophie was getting changed next to me in the car, literally taking all her clothes off and not even being subtle about it. I was squashed in the middle having panic attacks as the seat belt strangled me, my Mum and Lilidh were arguing and my Dad was screaming at us all to shut up… (can I hashtag here?) #PerfectFamily

We eventually found a restaurant in the centre of town to chow down on burgers. All Bar One is awesome for it and exactly what we needed. 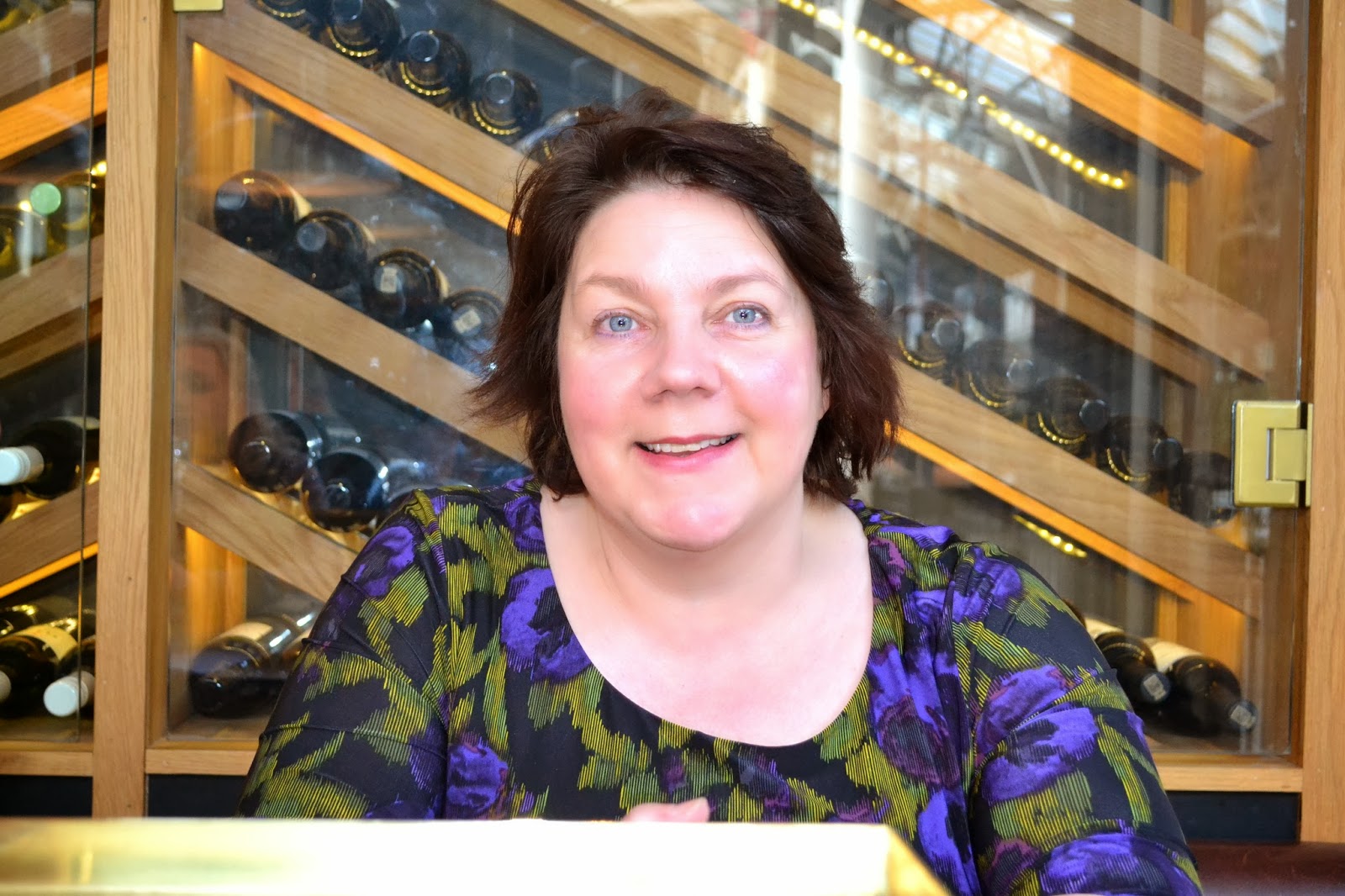 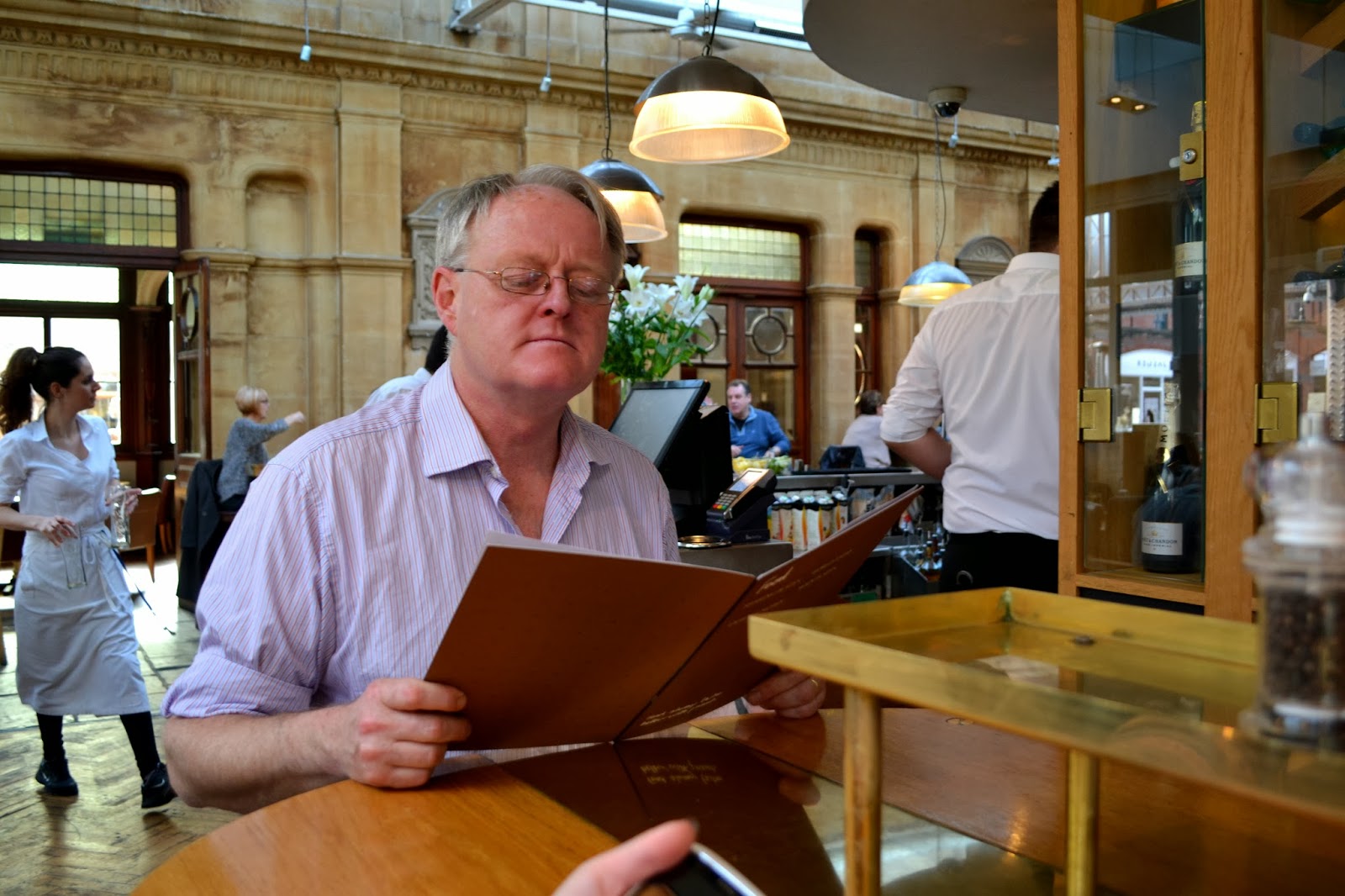 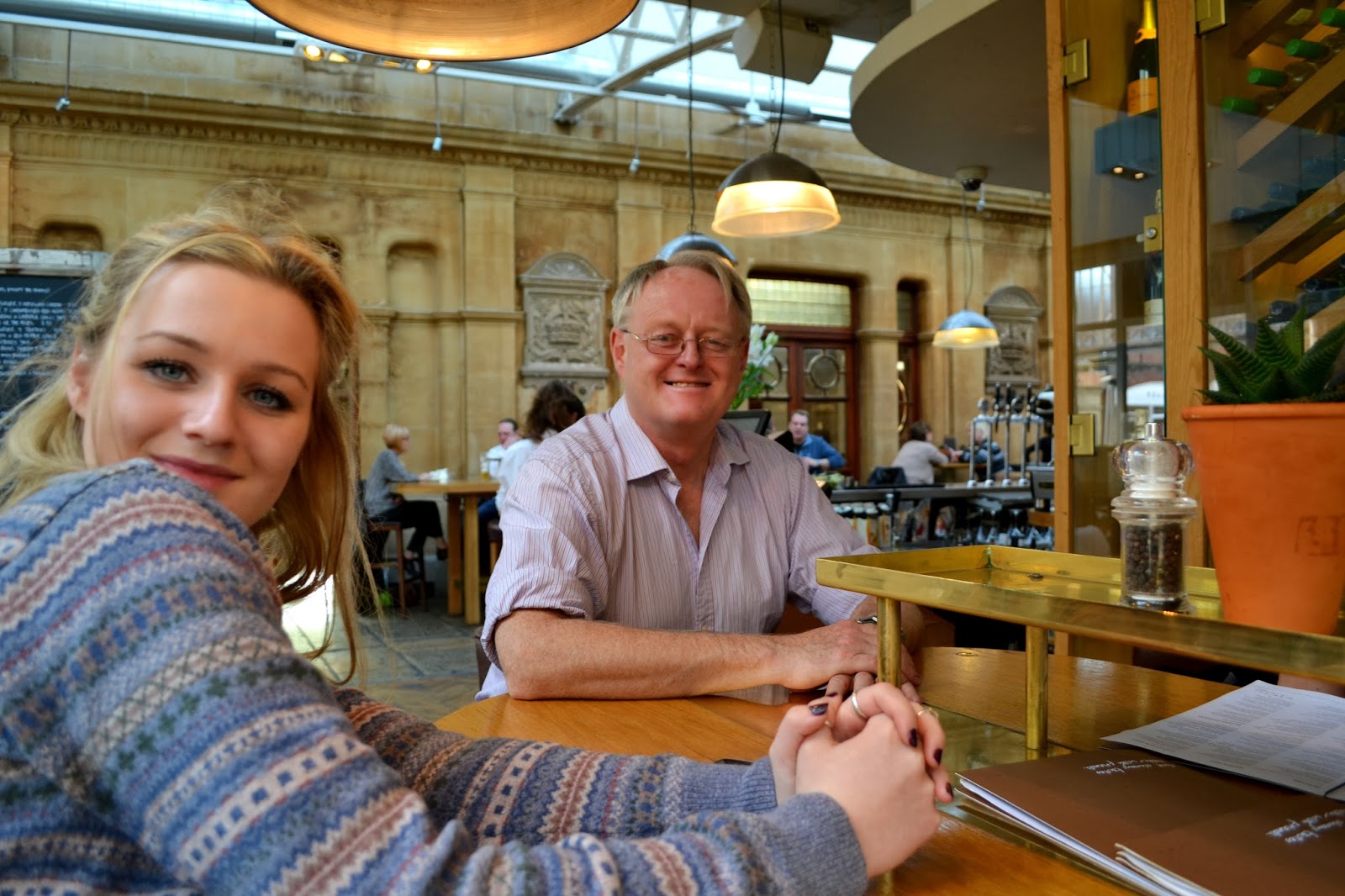 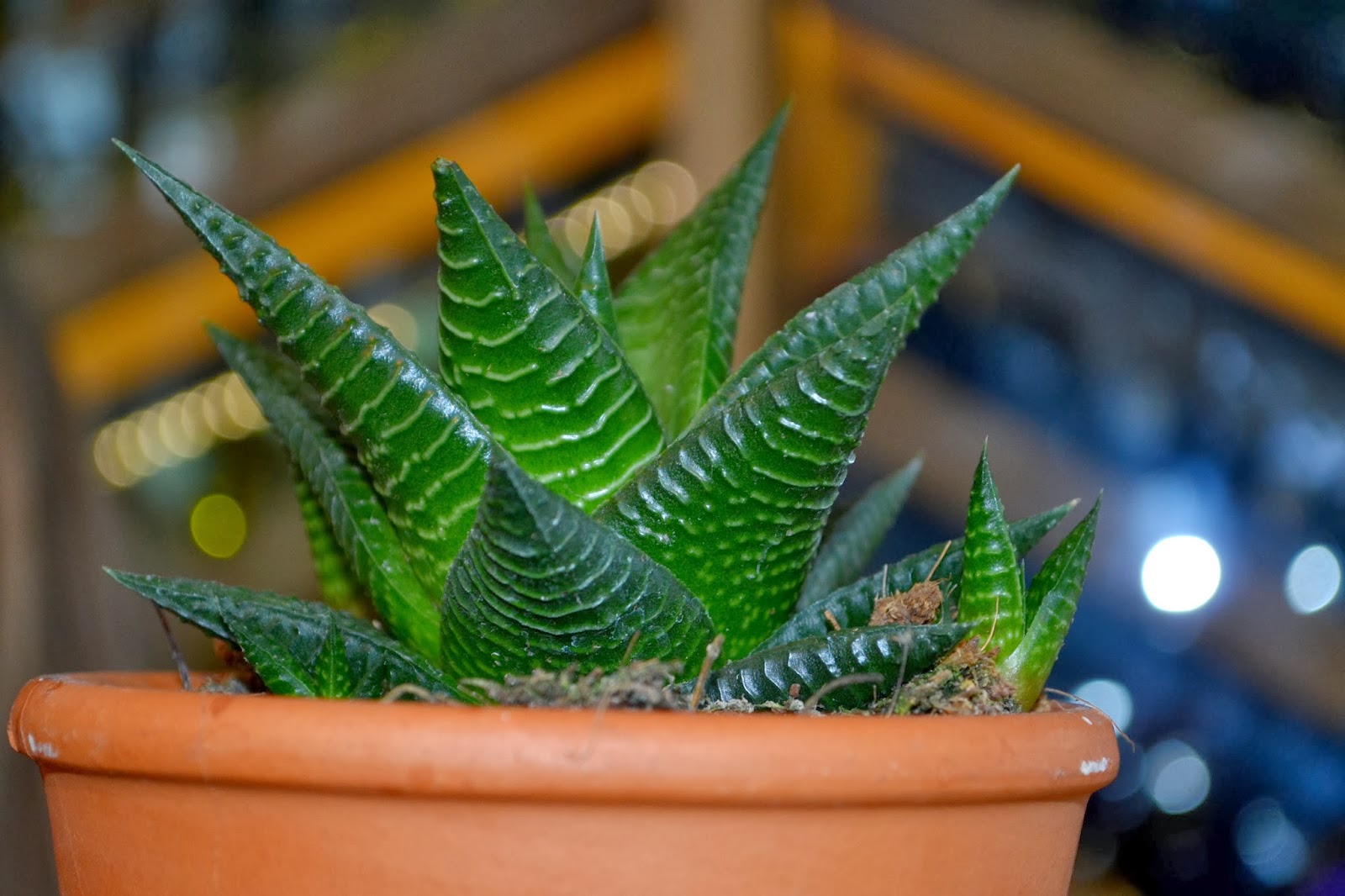 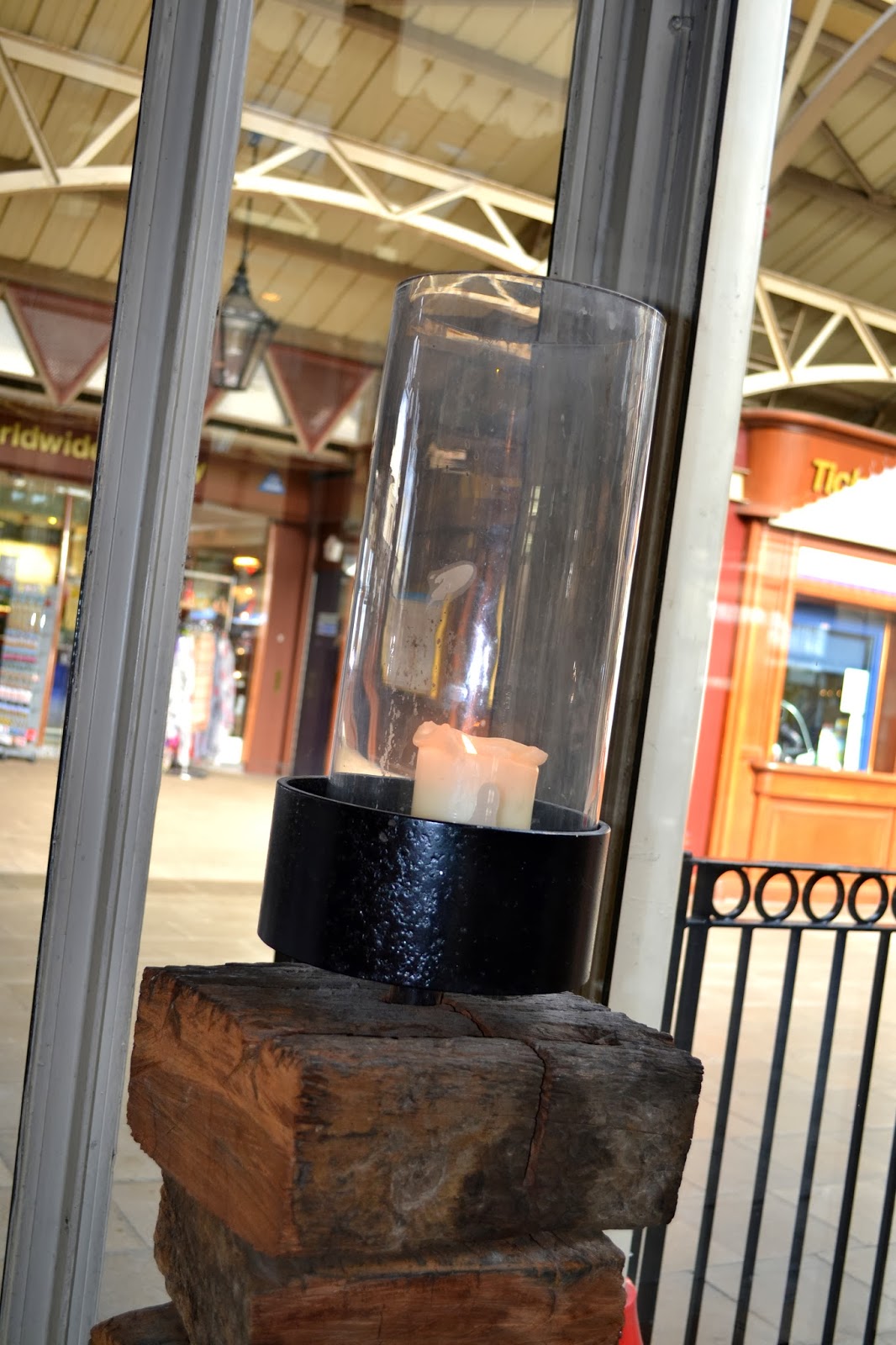 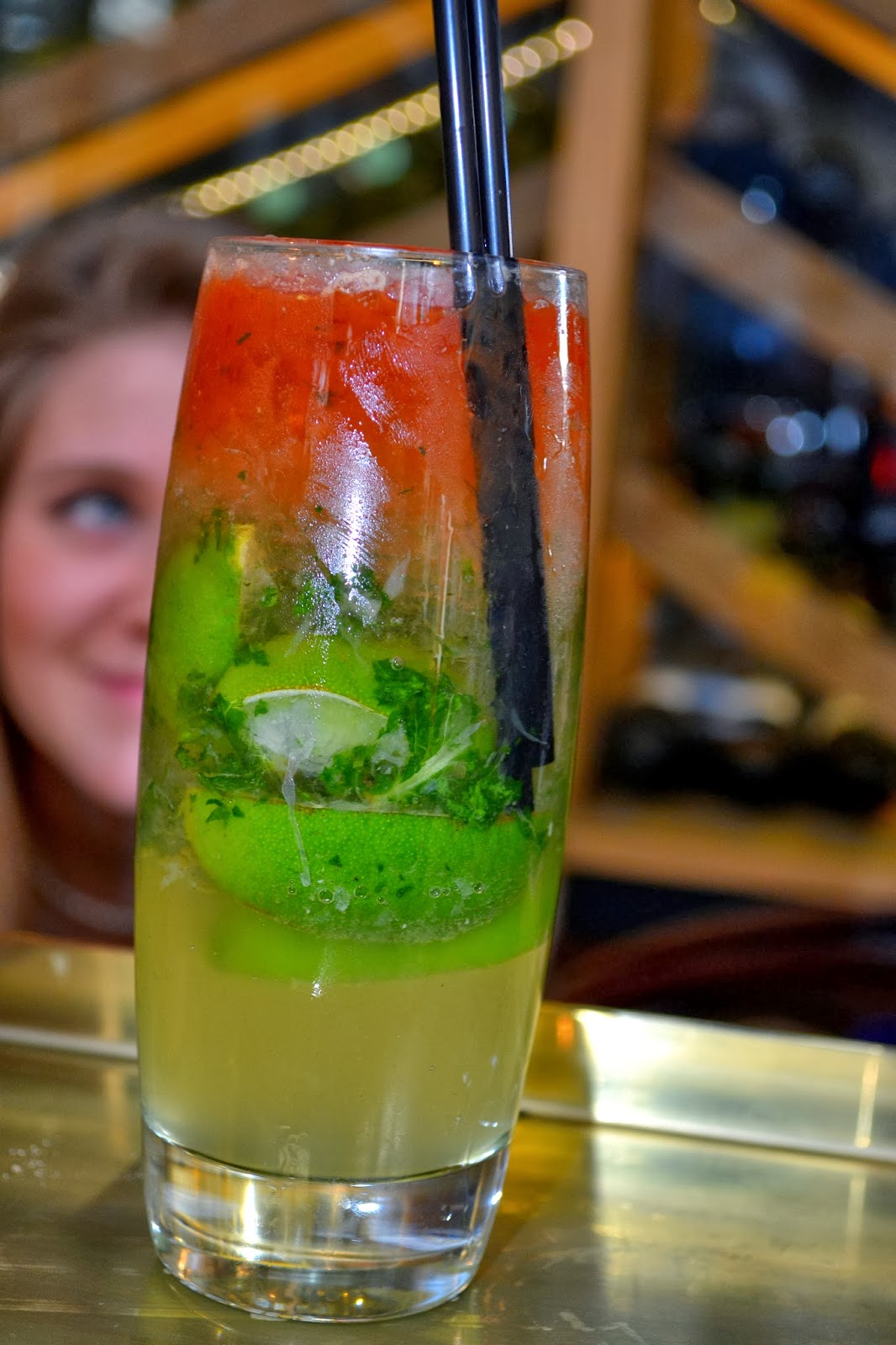 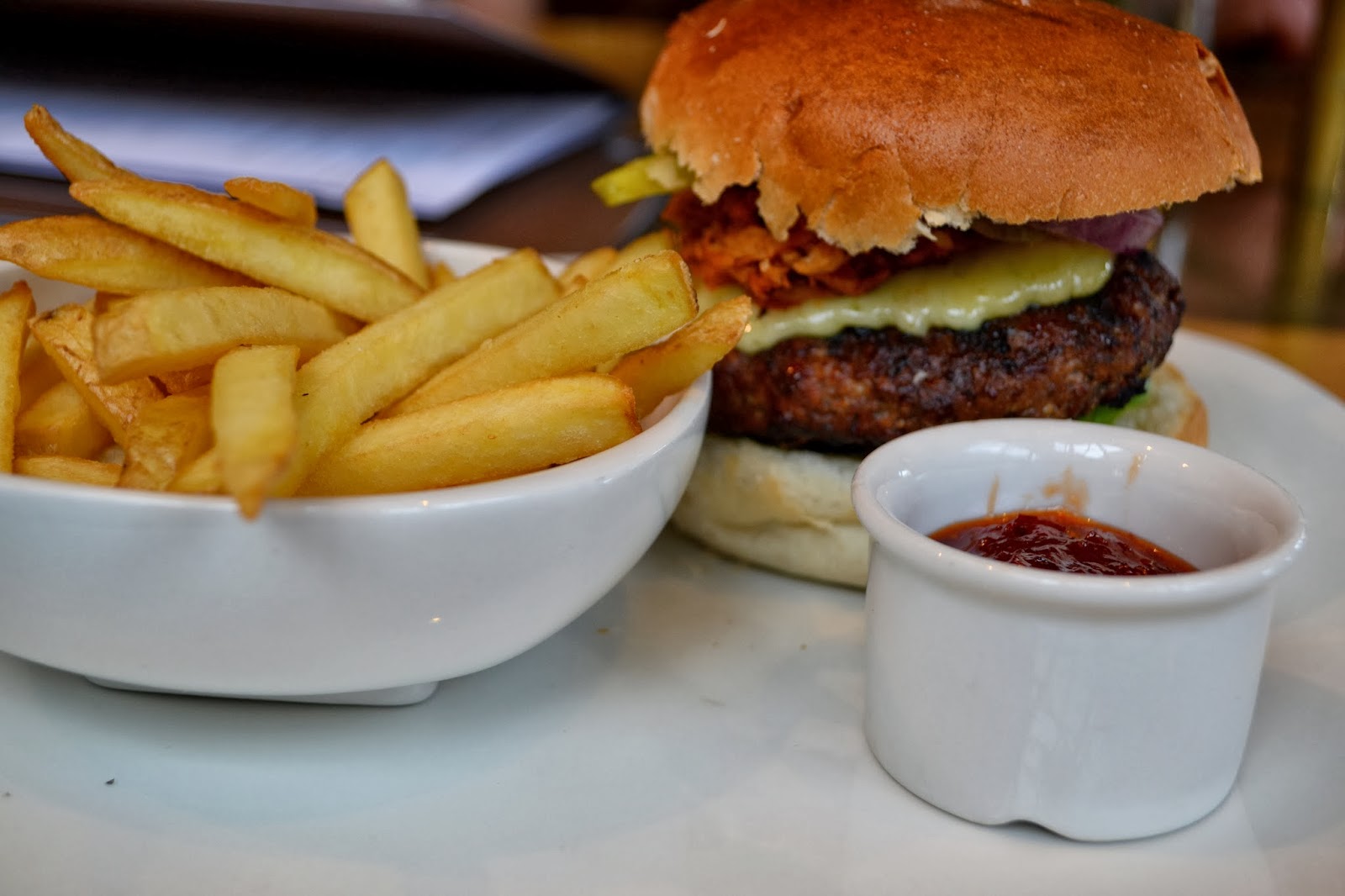 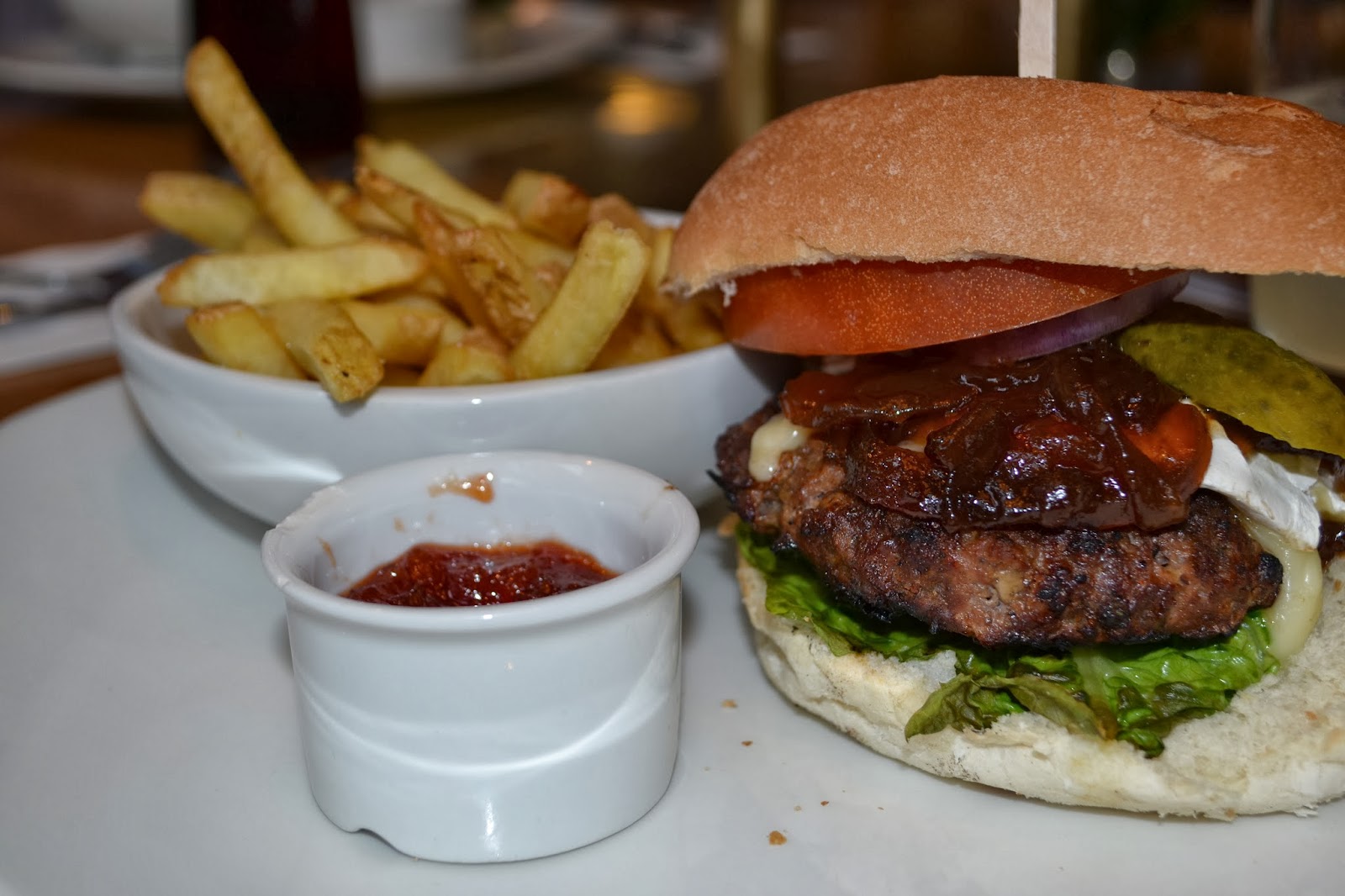 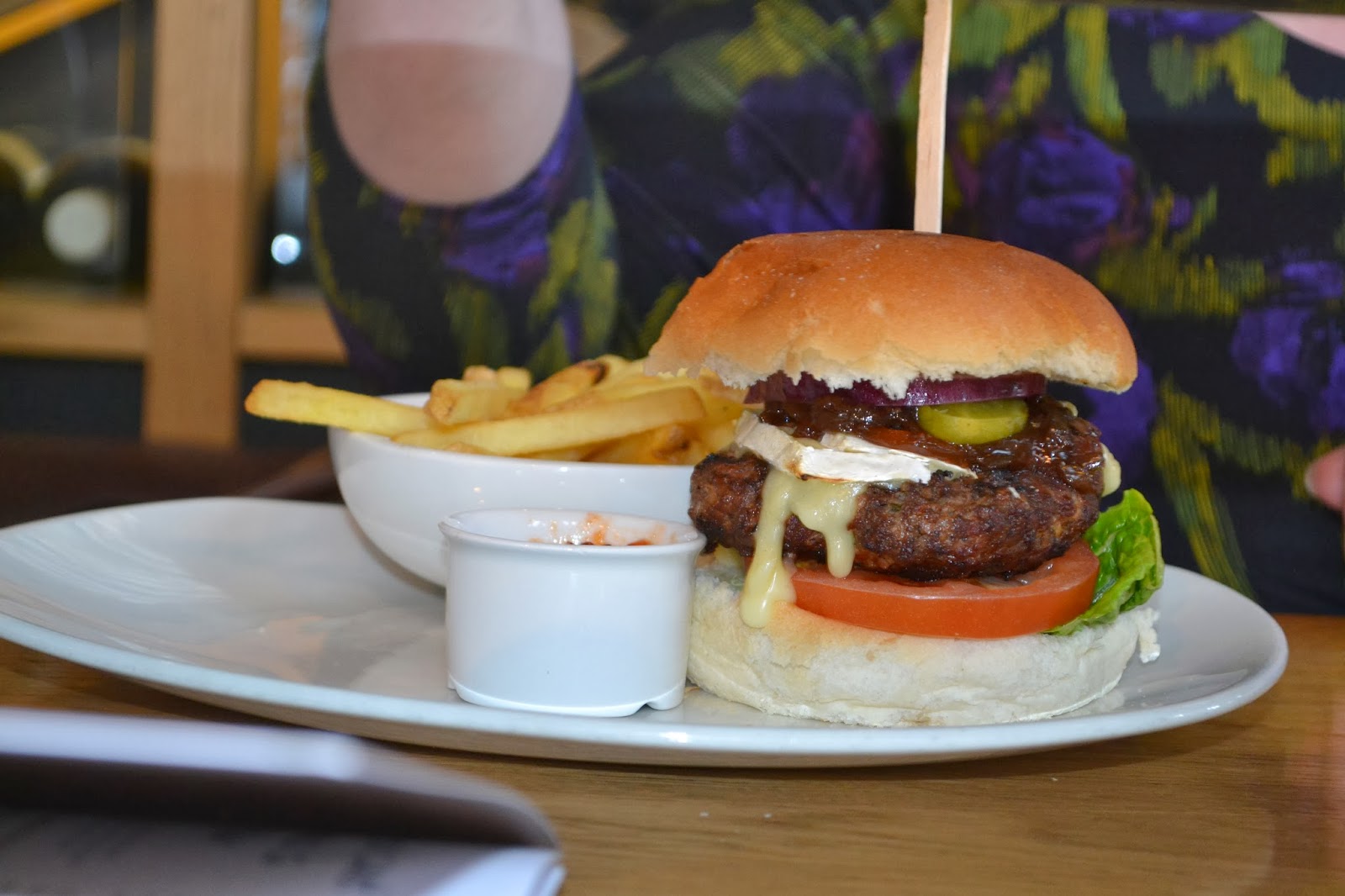 As much as my family and I argue, I genuinely think we are closer than most and I love them to pieces. I couldn’t be more happy for my Dad on his achievement, and it couldn’t have gone to a more deserving person.

Please join me in congratulating him by leaving a little comment below, it would make my day!