I don’t pretend to like sports, at all. Don’t get me wrong, I love playing sports and was alright at school,  I’m just not one of those girls that goes ‘OMG, the England versus (whoever) game is on. I HAVE to watch it’- I couldn’t care less. I’ve seen a few big teams play before when I’ve been taken to see friends play, by my Footballer best friend (ironic I know). That is awesome, I’d never say no to a live game as the atmosphere is like nothing you can even imagine.

The Gentleman on the other-hand is obsessed, he plays sports, has worked in sports and I’m currently being made to watch the Arsenal vs Man United game. So, when it came to our 1 year anniversary (I can’t believe it either, remember when I met him?!) I thought it was time I put my selfishness behind me.

My boss has a box at Arsenal. Whenever he happens to be travelling and there is an Arsenal game on, he distributes his tickets to his nearest and dearest to enjoy without him. I was lucky enough to score a couple of these tickets the weekend before our anniversary. I tried to think of the best way to announce the news to him… It was done via Facebook and almost instantaneously I received a disbelieving phone call from him.

That weekend, we were clutching our tickets at the Box entrance to the Emirates Stadium and I was actually…excited?! Well, we were getting the full VIP treatment after all! 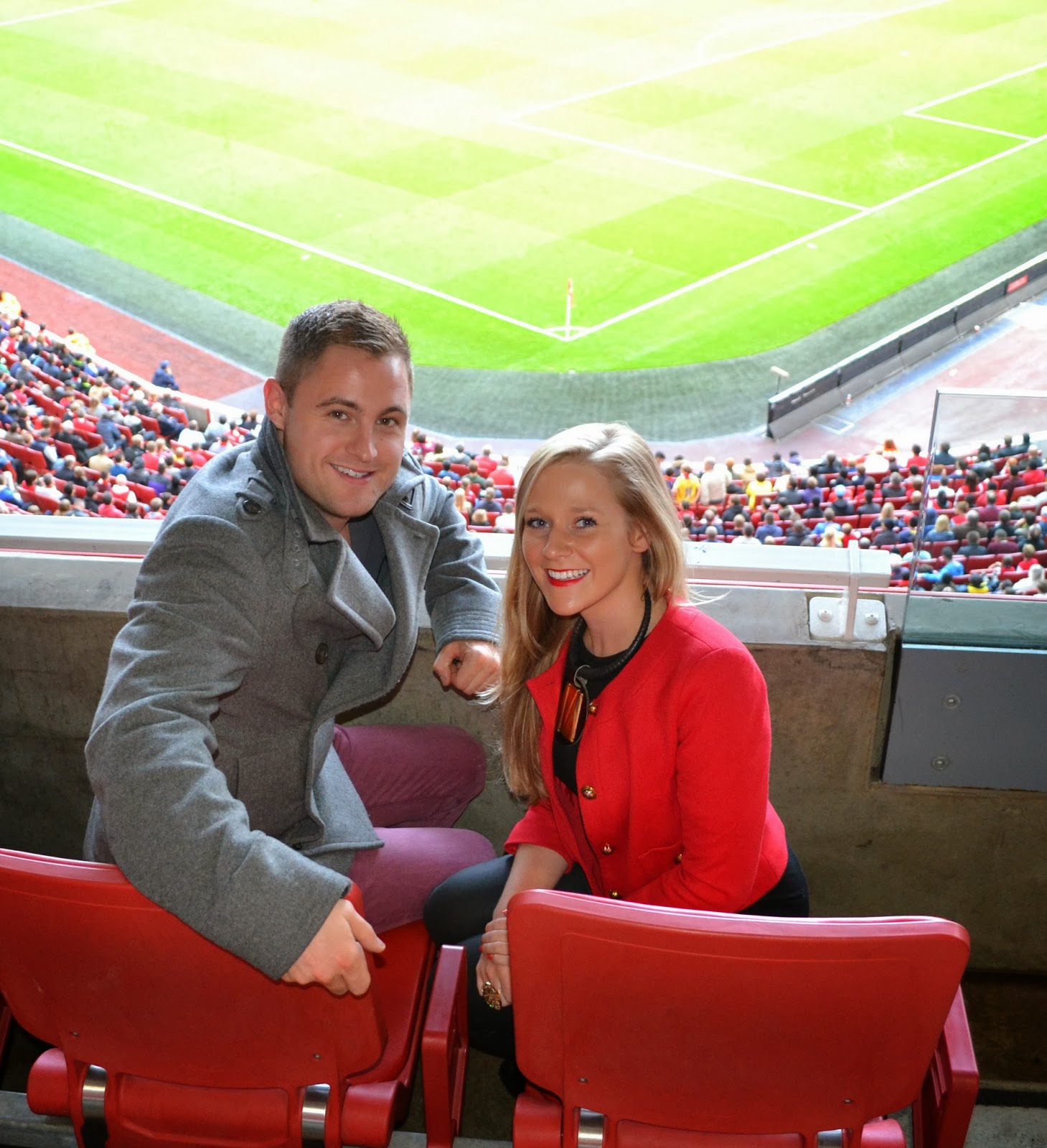 I, of course, wore red in support of our home side and The Gentleman’s favourite team – Arsenal.

Once we found the box, we had a look outside and caught sight of a few famous faces. Before retreating back to the box for a spot of lunch…

Burger, lobster and salads washed back with wine or beer – we were under strict instructions not to take the alcohol outside into the stadium though.

After placing our bets, it was off back to our seats to watch the game from the balcony. 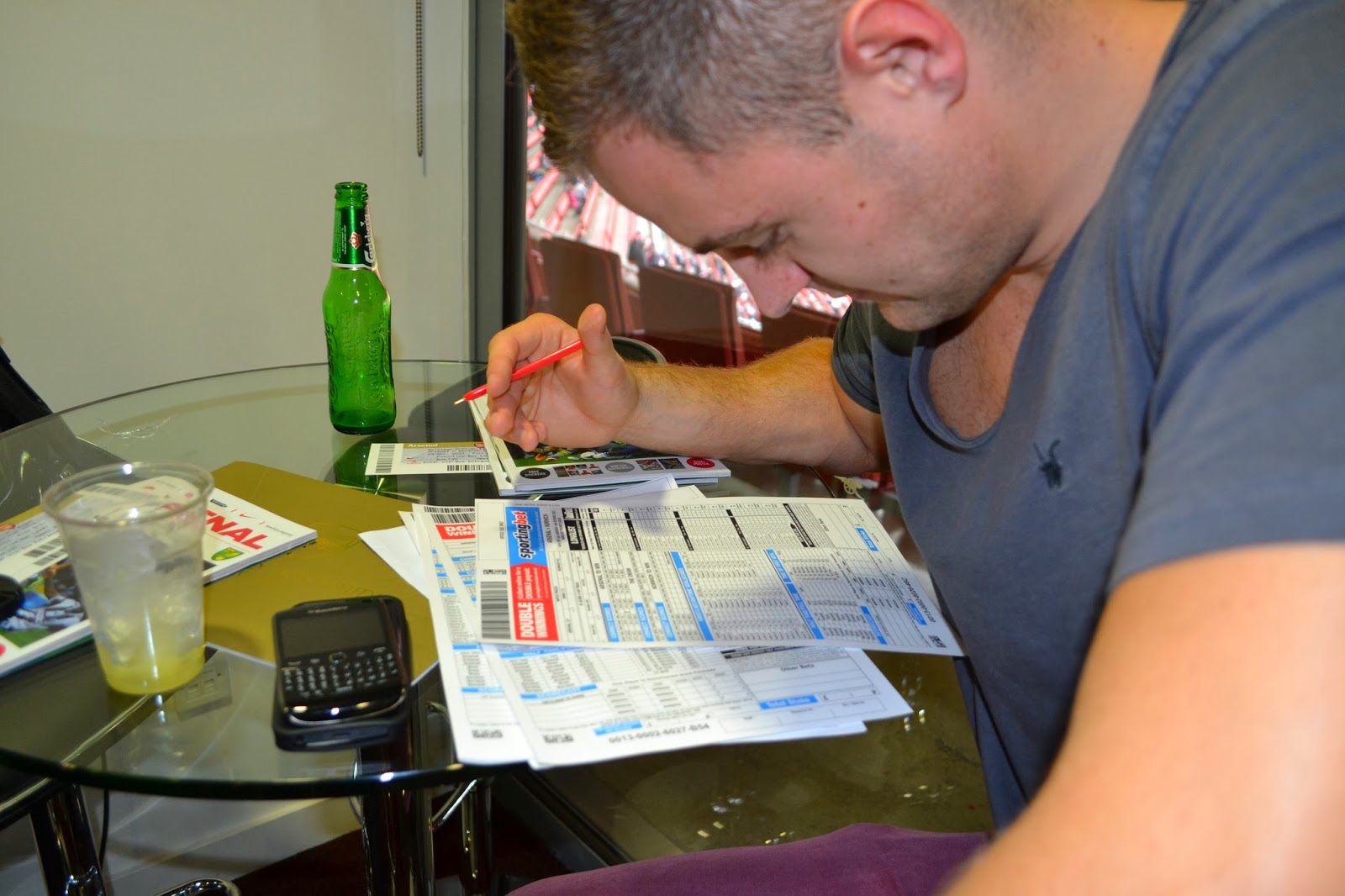 It didn’t take very long to fill up, as thousands of people swarmed to their seats in one huge wave. 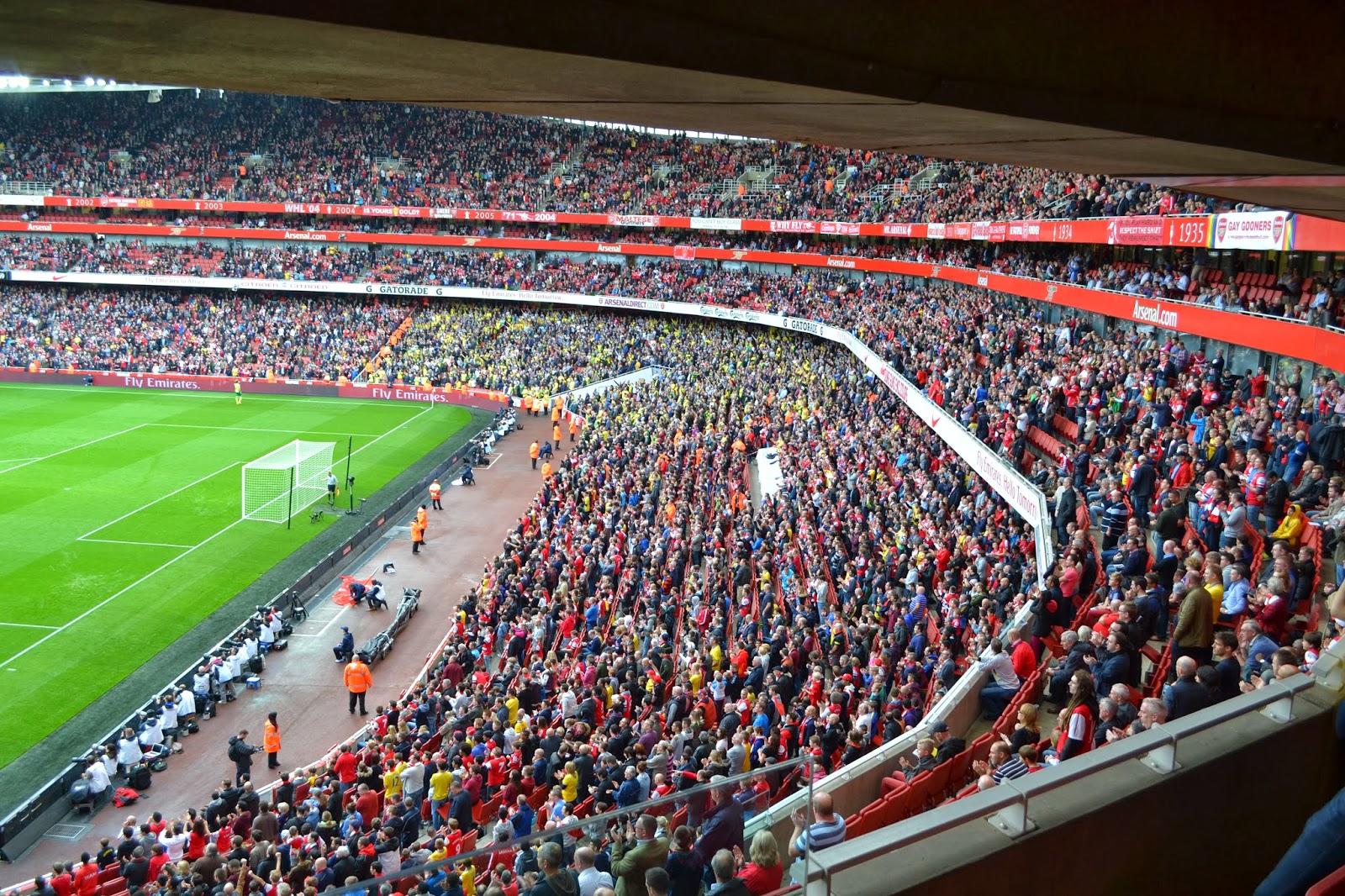 The game was incredible and we witnessed the goal of the season by Arsenal, against Norwich. I think The Gentleman was pretty grateful AND we won – obviously!

There were smiles ALL the way home – and a bag full of brownie points for me!