If you’ve been paying attention to the news recently, you may recall the huge kerfuffle that has been engulfing Gibraltar. How strange to think that all those thousands of miles away from the UK, there’s  a little piece of Britain sitting in the Mediterranean Sea. Or what I mean to say is a big hunk of rock.

Spain wants it back, while we are not going to give it up. When you arrive in Gibraltar your first thoughts would probably be; ‘Why do we want this awful place anyway?!’

We head off in the car from Manilva and just 30 minutes later we were at the foot of Gibraltar with the car parked on the Spanish side (the queues to get across the border are ridiculous!) Once you’ve fought your way through the crowded streets and zoomed up the Rock in the cable car, you’ll see the reason why it’s so sought after. 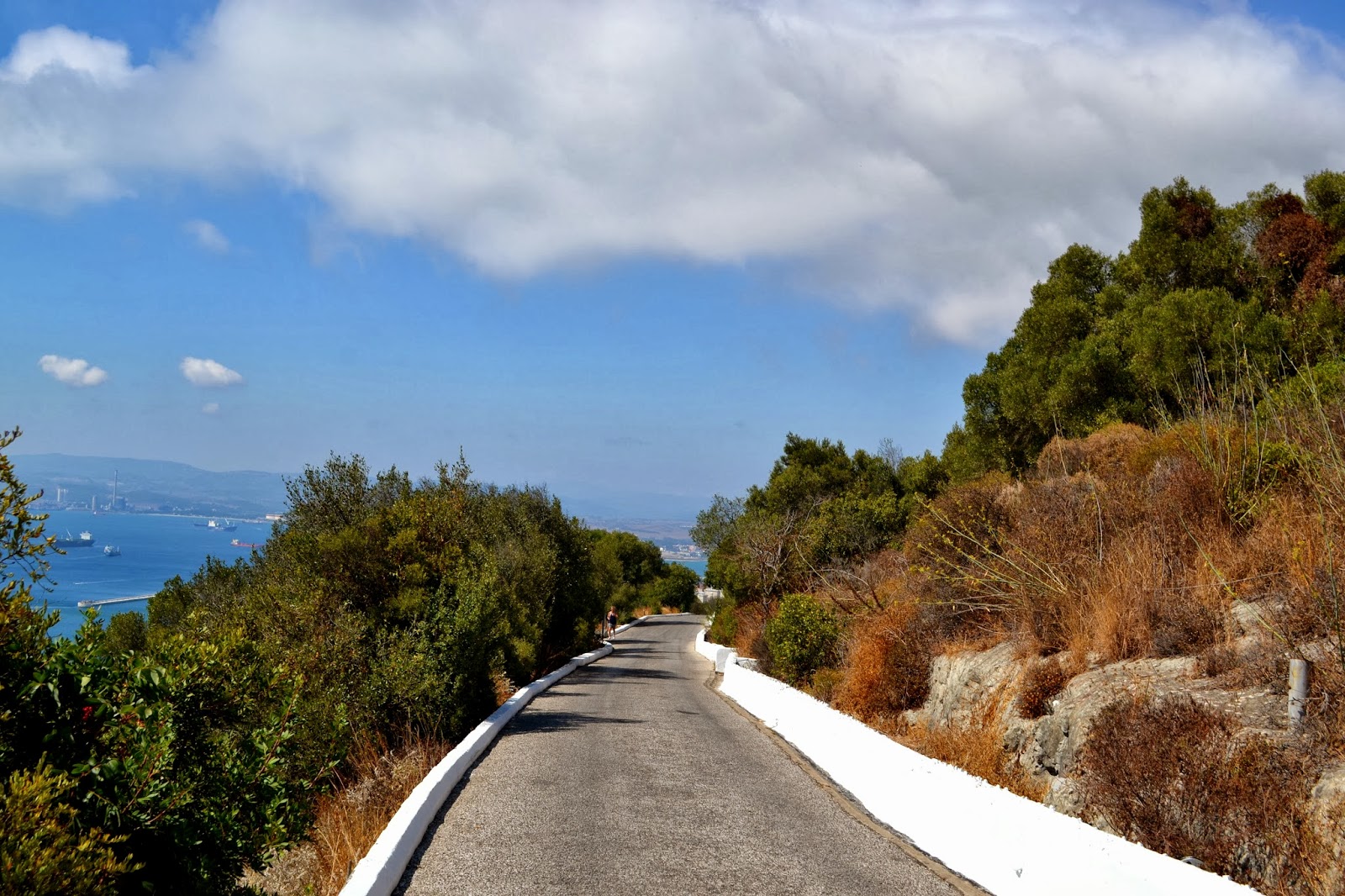 To the right, Mainland Spain and on the left the vast outline of Africa across the sea. The Rock is more than a piece of land, it’s a man-made battlement with caves, tunnels and cannons embedded into the surface. The Gibraltarian people are incredibly protective of their land and as many times as the Spanish try to claim the land as their own, the Gibraltarians will push them further back.

In the Upper Rock Nature Reserve, is a little hidden secret. (I seem to like my hidden Spanish secrets!) The Mediterranean Steps are something my Father introduced me to when I was about 10 years old… So now you know I was a seriously cool kid.

When we’d finished laughing at the monkeys that call the rock home – no one is really sure how they got to Gibraltar, but it is thought that they were kept as pets at some point in the 1600’s. They’re extremely clever now and have learnt through watching people over the years. They’ll steal your food, run away with your camera and chew on your cigarettes if you give them half the chance! I wouldn’t be surprised if it’s where the saying ‘Cheeky Monkey’ comes from… 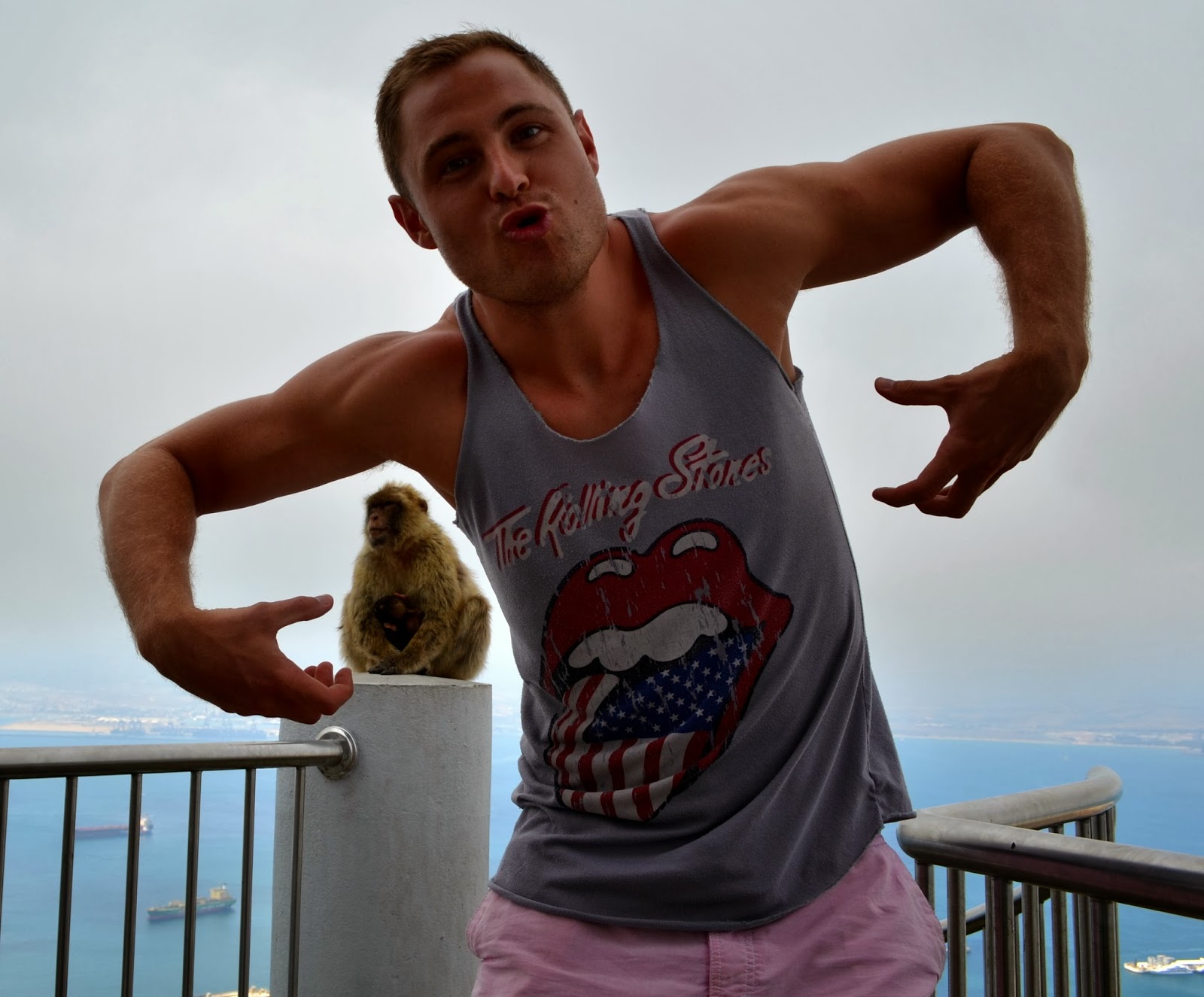 With our tums rumbling, we marched off along the top of The Rock eventually leaving all the tourists behind us. I may have got a little teensy bit lost along the way.  We ended up outside a hut with a guy dressed in Military attire inside it. In his Gib accent he exclaimed that we weren’t allowed to go any further as it was a Military zone.

I was completely deflated and The Gentleman had started to get impatient and cranky (Don’t boys get grumpy when they need food?!) he wanted to march down the rock immediately. With my last shrink of energy, I asked the guy politely if he knew where the entrance to The Mediterranean Steps was.

‘It’s just around that corner Miss, you’re the first person to ask me in a while though. Be careful, it’s been a long time since it’s been made safe’

Of course, the last time I did the steps, there were no guide rails at all and the steps were barely there anymore.

Peering over the edge, The Gentleman looked at me as though I was mad. Eventually when I convinced him that I was only slightly I’m not mad at all, he lead the way down the precarious steps. 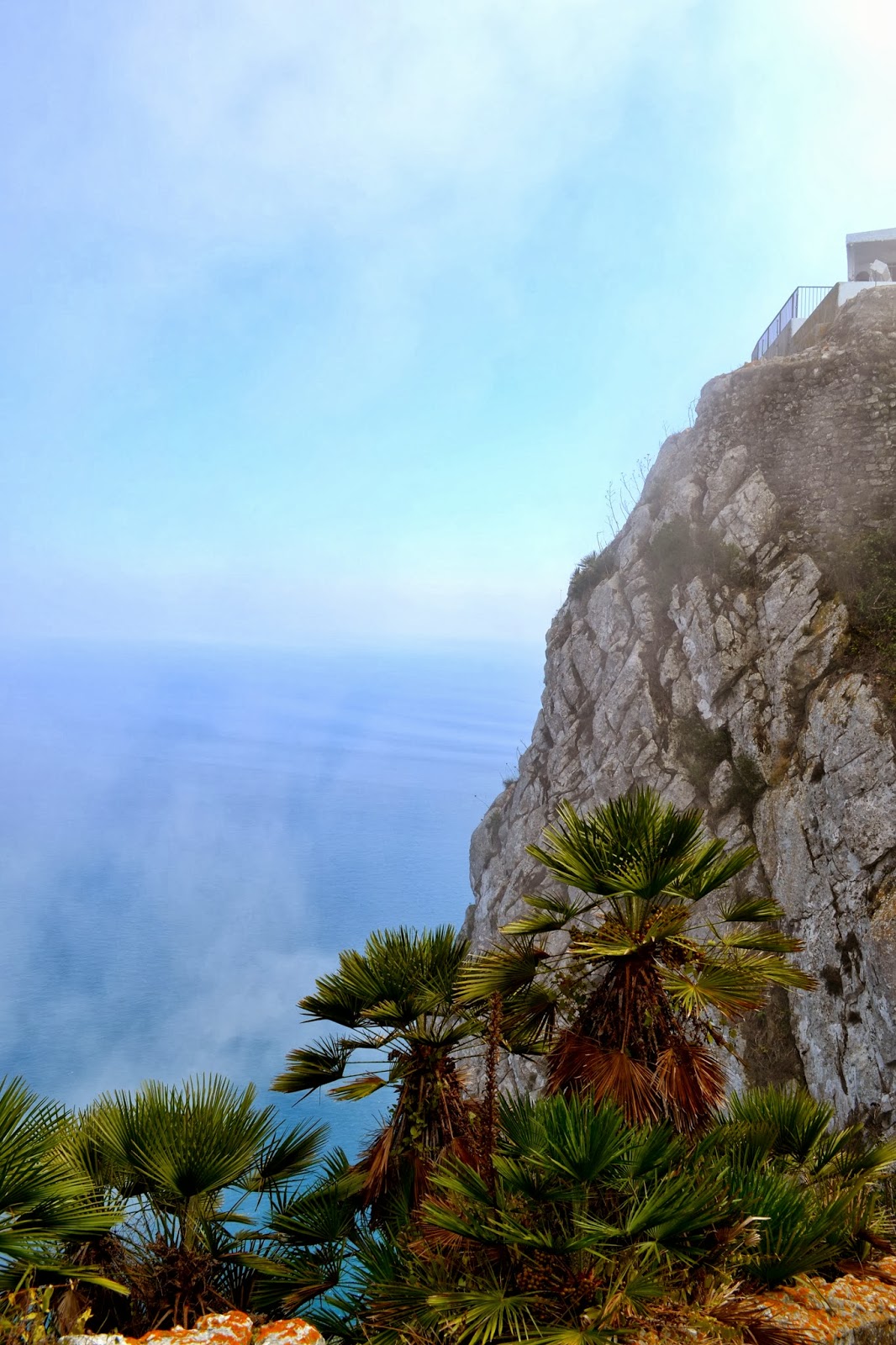 We walked back through the Botanical Gardens and I was so happy I had been able to show Ben another little piece of my childhood, that I barely noticed horrendous blisters on my feet from my flipflops (And everyone wonders why I wear heels all the time?! Flats are so uncomfortable!)

p.s can I just take the opportunity to apologise for my face – some  people get away with wearing no make-up. I’m not blessed like they are!!