In London, some places have a bit of a reputation. Take, oh I don’t know, say Brixton for example. Ok, ok there are stabbings there and there is crime and drug abuse, but it can be one heck of a beautiful place if you look for it.

One sunny summer’s evening, Josie, Charlie, The Gentleman and I all decided to head down to The Ritzy Cinema in Brixton to watch World War Z (I really enjoy ‘end of the world’ ‘post-apocalyptic’ type films, I know I’m weird. I just like to be prepared for every situation) We got there a little bit early, so decided to find somewhere for a drink. Brixton is awful for al fresco bars and restaurants. Yes, they have the epic food street, but it’s all covered and inside. The sun was shining and I refused to give in to that. All of a sudden, we noticed a little chalkboard outside a pub on the corner. The Lambeth is a pretty normal bar on the corner directly opposite The Ritzy Cinema. Up until May, it was known as The Prince. We wandered in, and it was literally dead.

There was a table of four people and just one person behind the bar. Nearly wandering straight back out again, the Bar Lady was suddenly aware of our presence and asked if she could help. We told her we were looking for the roof top bar and her eyes glistened. With excitement in her voice, she opened a ‘Staff Only’ door and directed us to head straight up to the top.

We did as we were told and stumbled upon a surprisingly large bar. This could probably be rated a ‘work in progress’ the white loungers look as though they fell out of the wrong side of Ibiza, and the overall decoration had seen better days. Never the less, we each grabbed a drink and headed up to the next level. One thing I will say is that it’s a sun trap. The sun shone all evening while we slipped back the cool refreshing alcohol in our glasses. I’m hoping that they will get there with the decoration, but this really is a bar to check out, if not for the drinks, then the view… 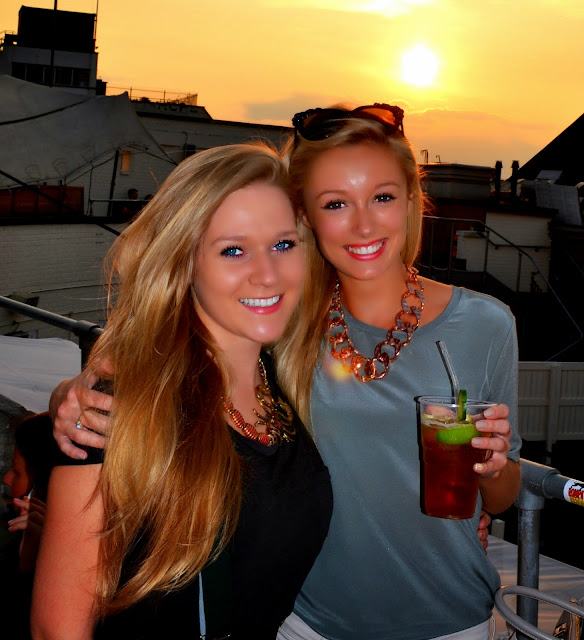 Can you believe these were taken in London? I certainly couldn’t! The staff are seemingly immensely proud of their bar, and rightly so. I can imagine that next summer, after using this summer as a teething experience, will be incredible.