Waking up in a double bed, the sound of cars below and the sun streaming through the window was bliss. We started the day with breakfast in bed; fruit juice and cereal with fresh strawberries followed by something tasty from the bakery on the way to the station. 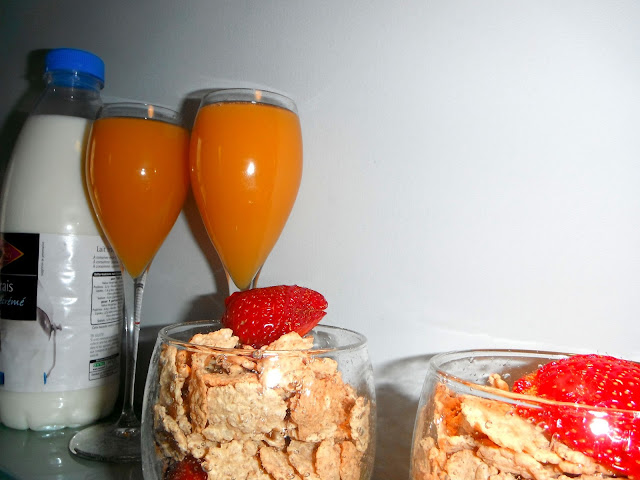 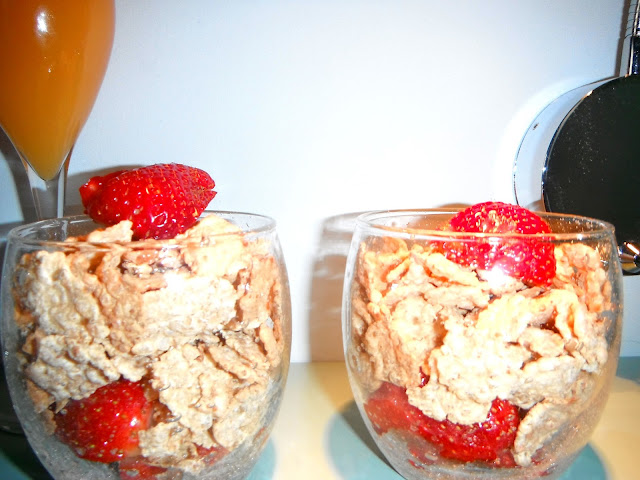 We decided to make more of a photo opportunity of the beautiful Eiffel Tower, choosing at the same time not to go up due to the ridiculous crowds waiting at the bottom. The metro deposited us at Trocadero where the view of the Iron Giant was sensational. We didn’t avoid the obligatory tourist snaps, especially in the glorious sunshine.

When our cameras were nearly full, we decided it was time for tea, so enjoyed the scenic walk to Opera to find a lovely place my sister had suggested.

We came across the most beautiful bridge which took us in the right direction for tea. 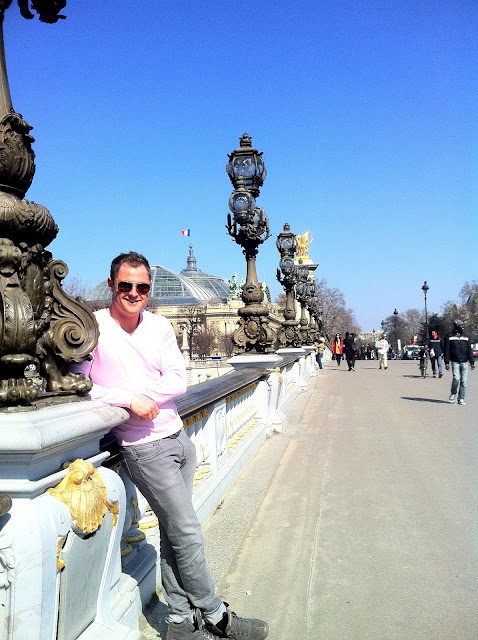 Eventually, we came upon our tea destination. No secret by any means, but decadent and Parisian all the same. Laduree, the shop and restaurant were as beautiful as the website. Colourful; in pastel shades, and warm, welcoming lights. We were greeted by a waiter and placed on a cosy table inches away from other unsuspecting customers to our left and right. This is something I came to realise about Paris; they love to sandwich tables together. So much so, that when you try to get to your chair against the wall and behind the table, you nearly drag your neighbours entire meal and the tablecloth to the floor with your behind. Awkward.

We ordered our Macaroons, four each; Marie Antoinette tea, Chocolate, Strawberry and Salted Caramel for me and Vanilla, Pistachio, Raspberry and Brazilian Chocolate for The Gentleman.
Then, ‘One pot of tea to share, please.’
The reply was ‘Oh, we don’t normally have people sharing. One per person, Sir’
Ben’s answer was ‘Oh, er, two then please.’
‘Very good Sir, right away’

In the end, two pots of tea came out with enough in one to fill four cups. Oh well.

The Macaroons didn’t disappoint though.

After tea, we went hunting for family presents to take home. Macaroons were a must and then we found the Maille Mustard shop filled with goodies. We both settled on Raspberry and Basil Mustard for our Mumas before trotting off again into the sunshine.

Our little adventure took us past the Louvre and towards a shiny bridge, it glittered in the sunlight looking as though it had been entirely painted in gold. As we got closer, we realised it wasn’t painted gold, but in fact was covered in padlocks. Hundreds upon thousands of shiny, different coloured padlocks. I had heard about this bridge, one story said that the padlocks started with a young couple. Their love was forbidden, but they still met every night and declared to each other that one day they would run away and be married. When they realised that they would never be able to get away, they carved their names on to a padlock and locked it to the bridge. They bound their wrists together and tied the key into the middle then jumped into the river drowning themselves. Their padlock always remained on the bridge, as a symbol of their never-ending love.

Now, the tradition is for couples of any kind; Husband and Wife, Sisters, Best friends, Boyfriends and Girlfriends, Mothers and Daughters… to lock an engraved padlock to the bridge and throw the keys into the river as a symbol of the lock never being opened. A metaphor for each couples love never ending.