In Val d’Isere the shops all shut at 13.00 give or take half an hour for a lunch break, why they don’t all work in shifts I have no idea. However, sometimes you forget where you are for a second and assume you’re back in a place where food is available constantly. Say, for instance London, you can pop out at midnight and somewhere will still be open for a feast.

Ben and I had the clever idea to stock up the fridge at exactly 13.30 today, which was precisely the time that the main supermarket, Sherpa, closed at. We obviously forgot this small factor and were extremely disappointed when we got to the supermarket to find it locked and bolted.

It’s ok though, don’t worry too much. We didn’t starve. Instead, we thought we’d wander around the shops for an hour or two until the supermarket opened again. And then, just like that, a mirage appeared in between the mountains. The Roxy/Quicksilver store.

In the middle of the two stores, a diner style restaurant joins them together. Like a bridge in between the middle of two mountains… Ok I’m getting carried away here, but it was pretty welcoming when we were as hungry as we were; 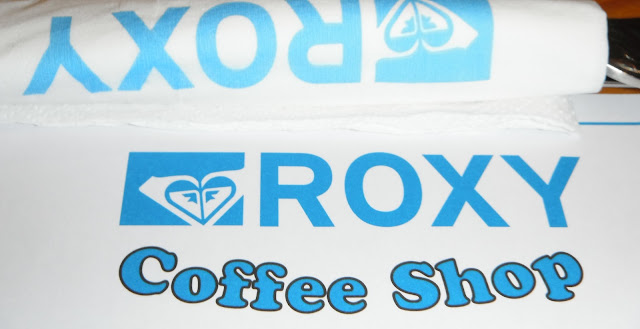 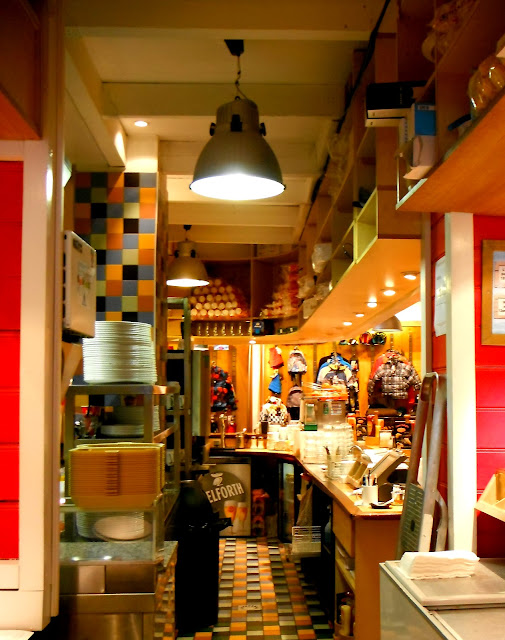 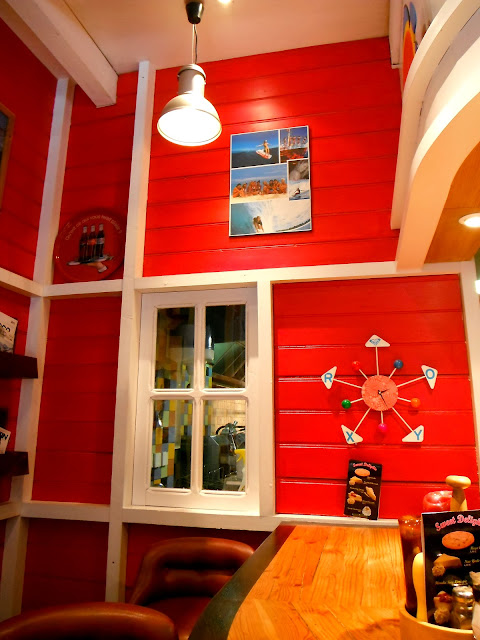 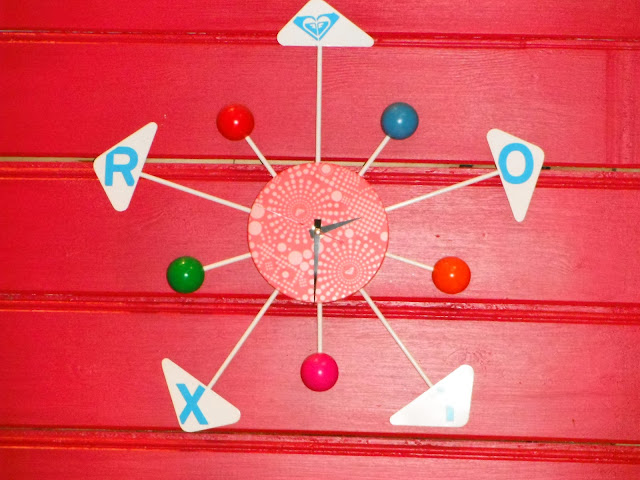 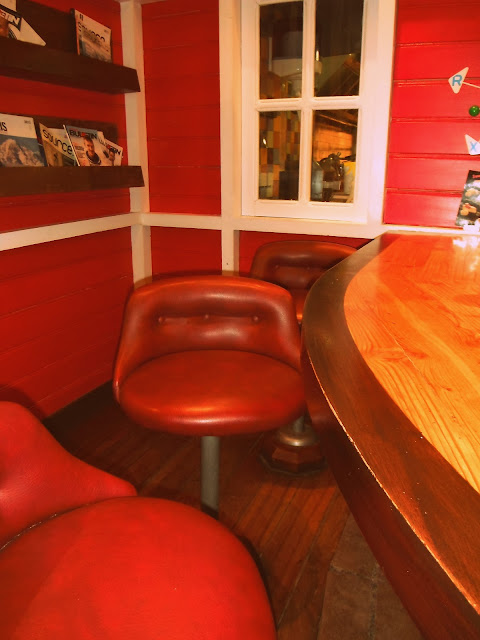 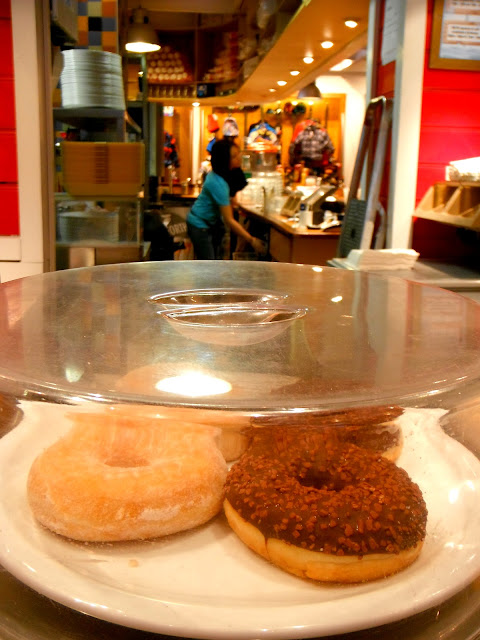 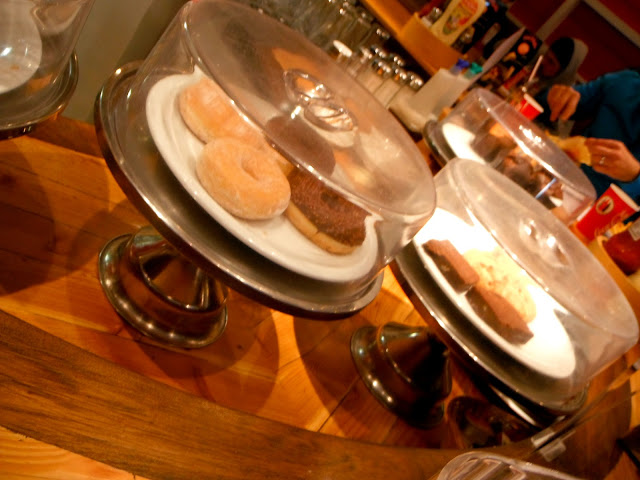 Rustic brown, worn, leather, swivel chairs that you perch on at the wooden bar circulate the kitchen they cook your food in. Everything is a show in France, even the cheaper places like to make your food in front of you so you can see that everything is freshly prepared.

The rest of the place is decorated with Roxy apparel (girls rule, just saying) and the TV screens show women snowboarders and surfers, tearing up powder and waves on their boards.

The food is pretty good too…

Ben had the Pipeline burger; chicken, egg and cheese. 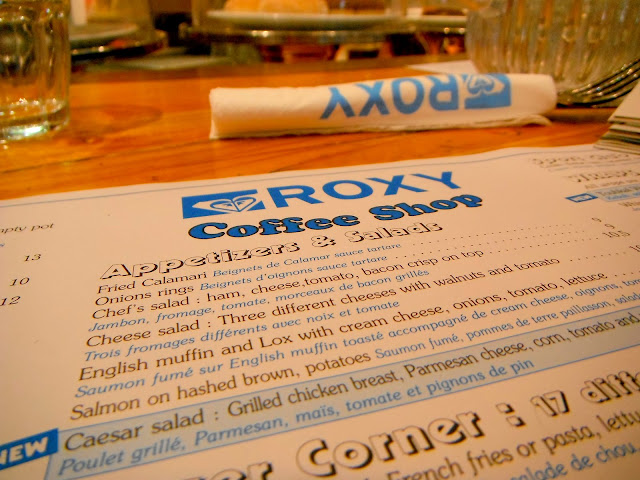 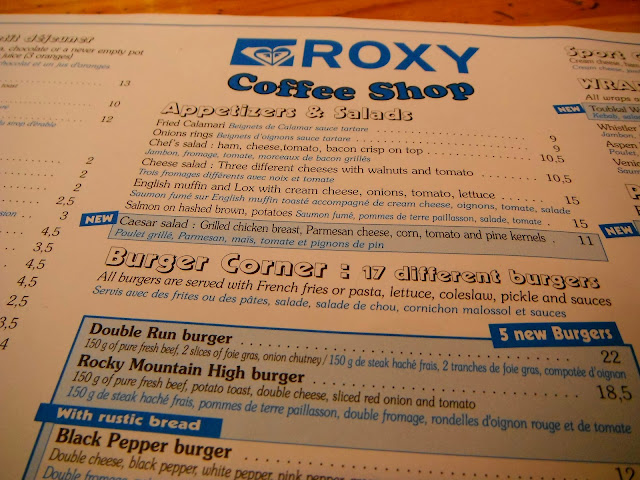 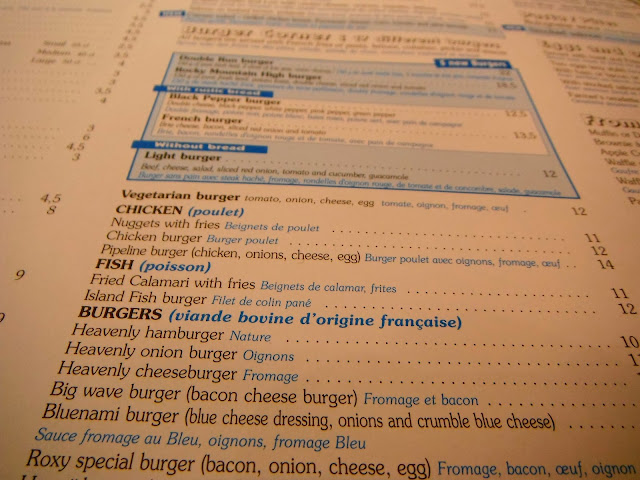 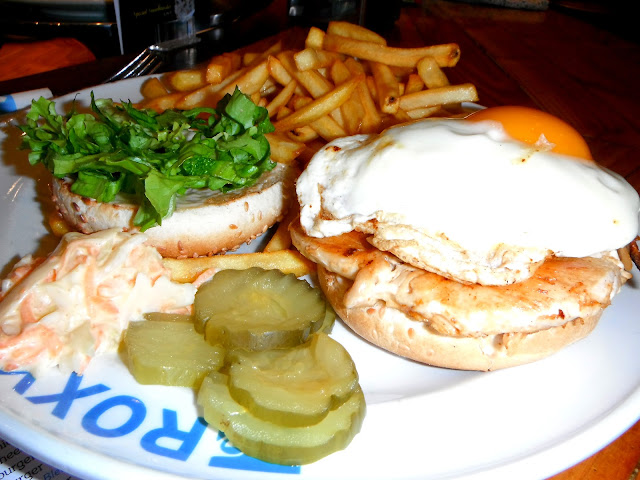 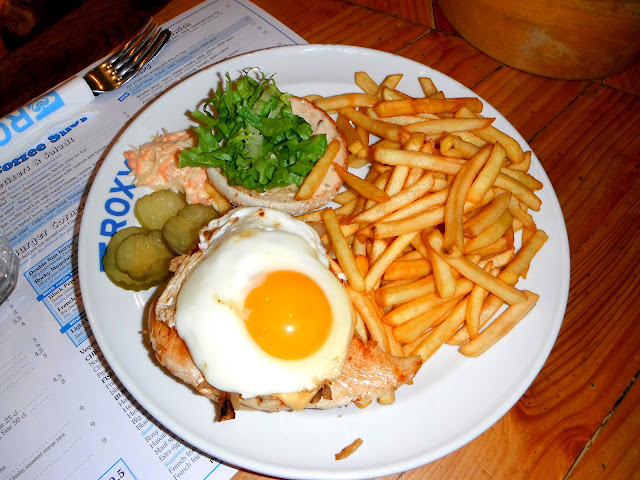 I decided to TRY and be slightly healthier and have a salad, turns out a Caesar salad is probably just as fatty if not more than a burger, oh well! I’m running again so that’s my excuse. 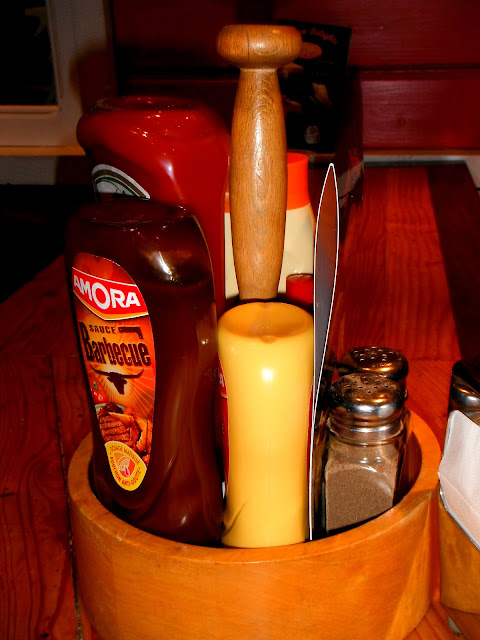 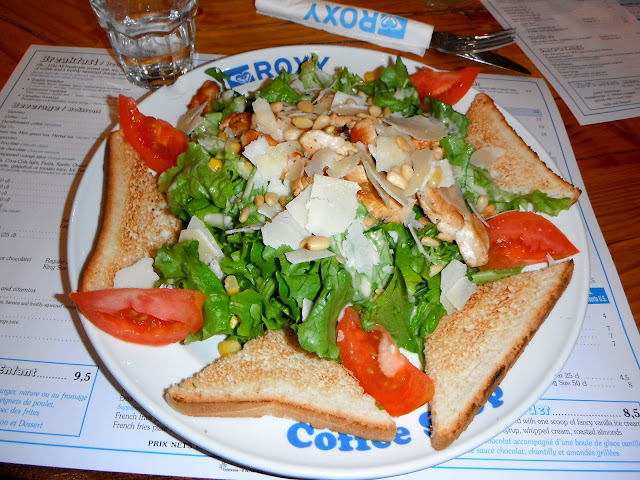 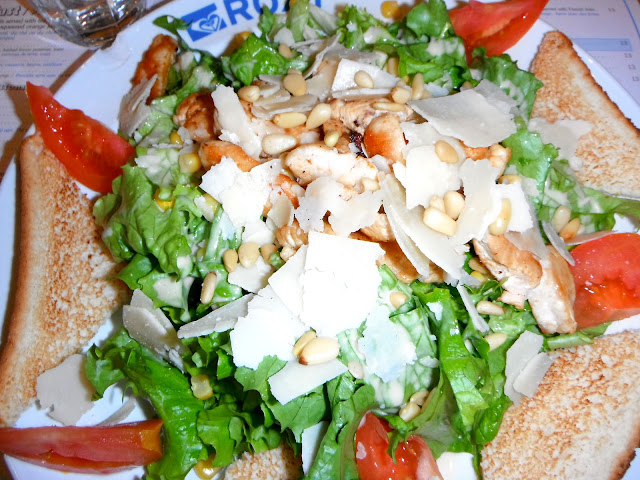 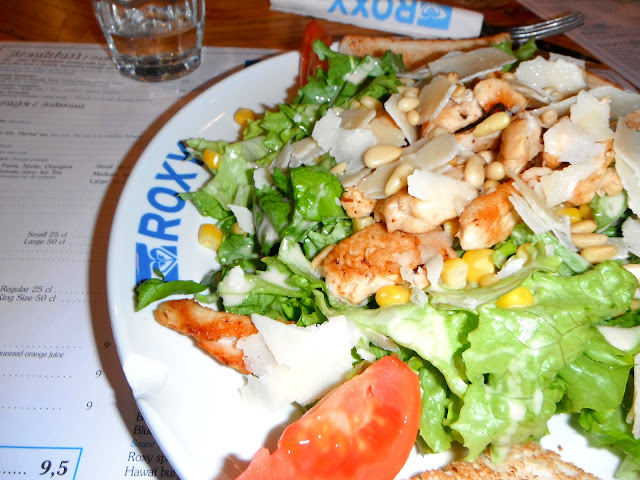 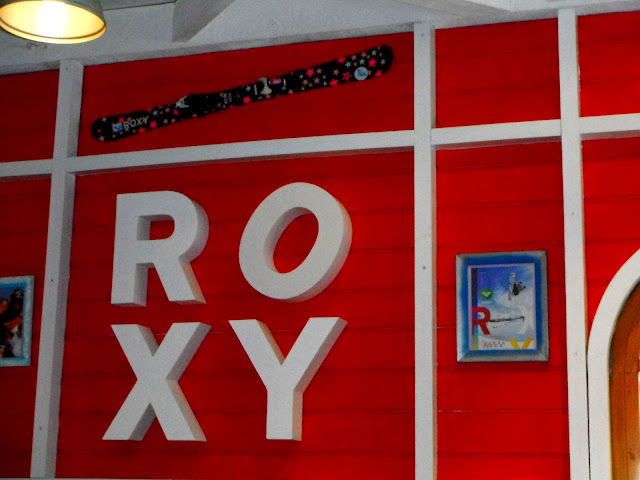 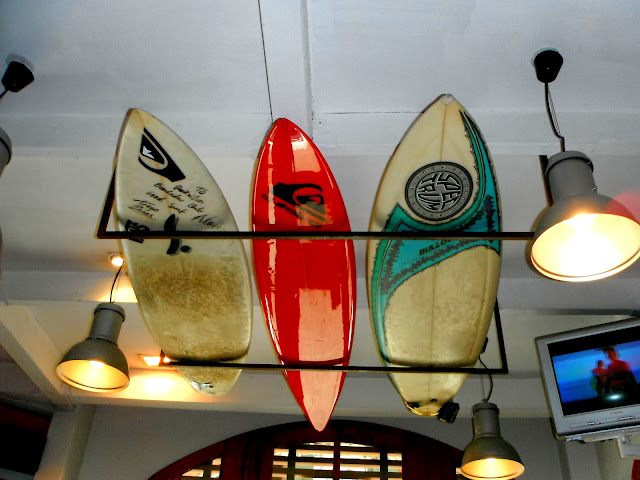 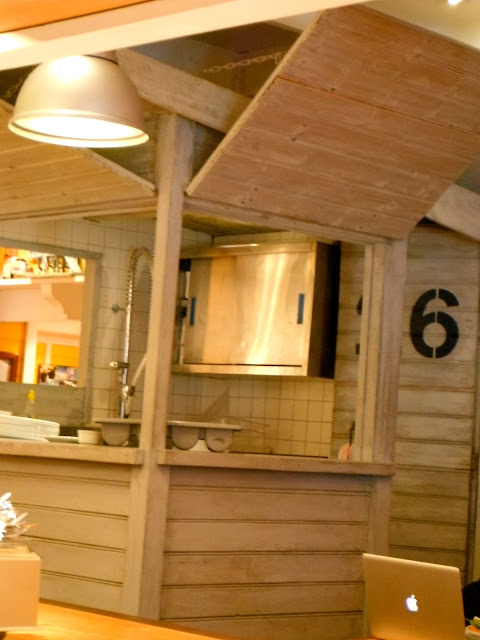 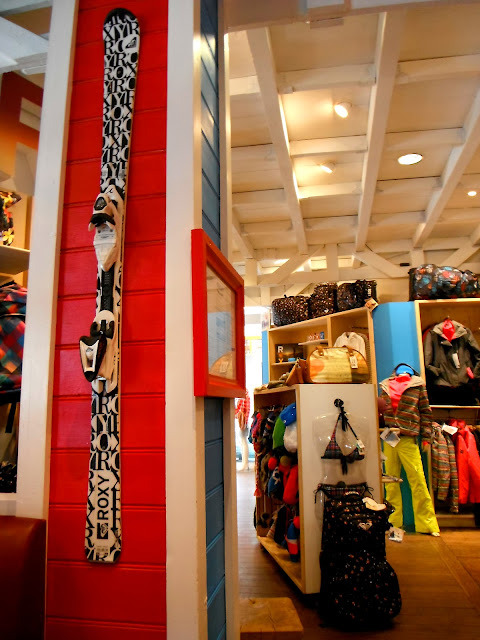 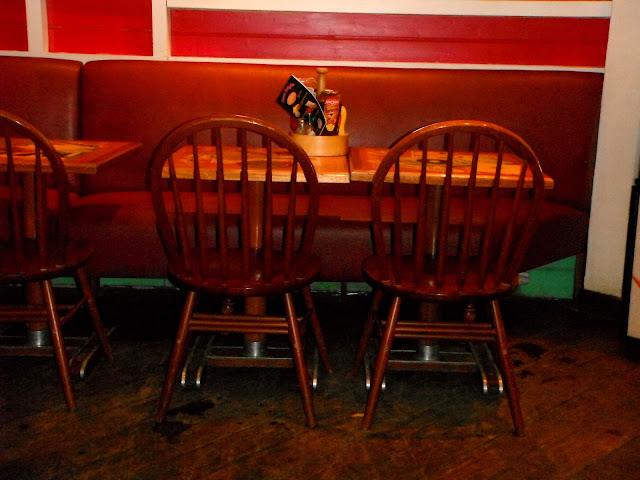 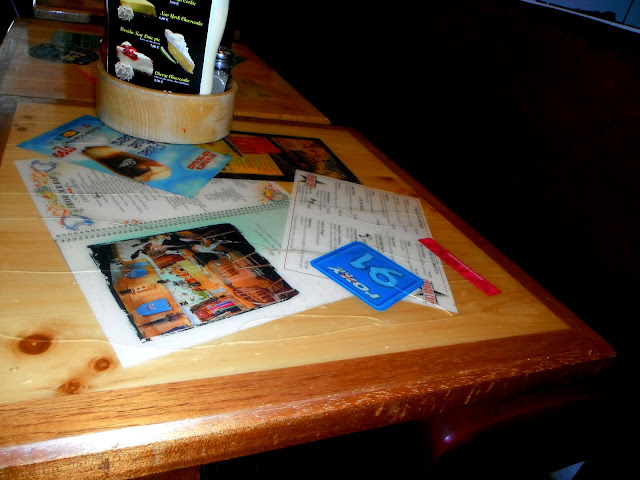 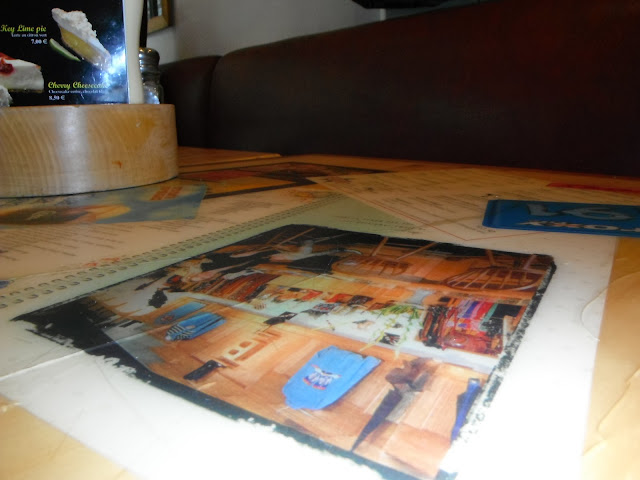 We did a spot of shopping after lunch, only window shopping mind you; it’s pay day soon though! 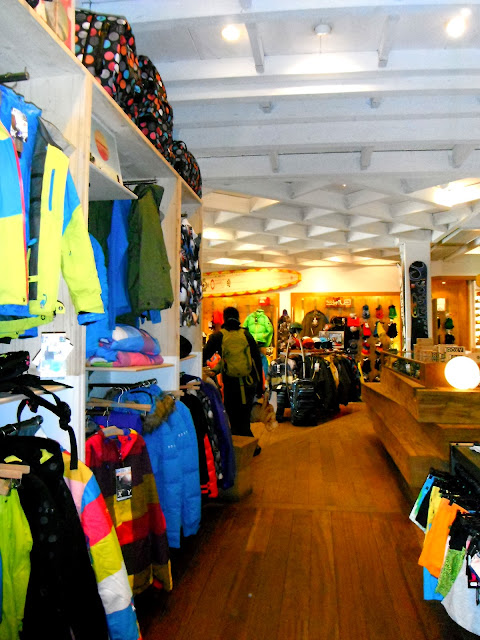 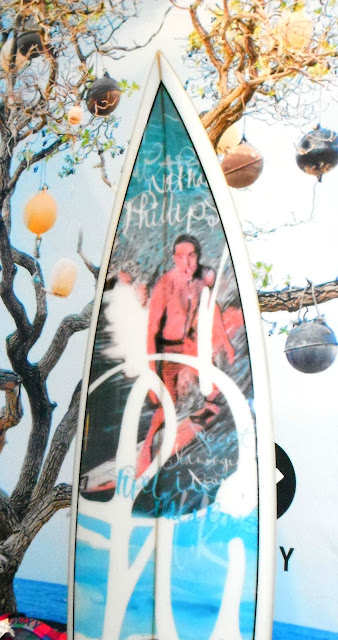 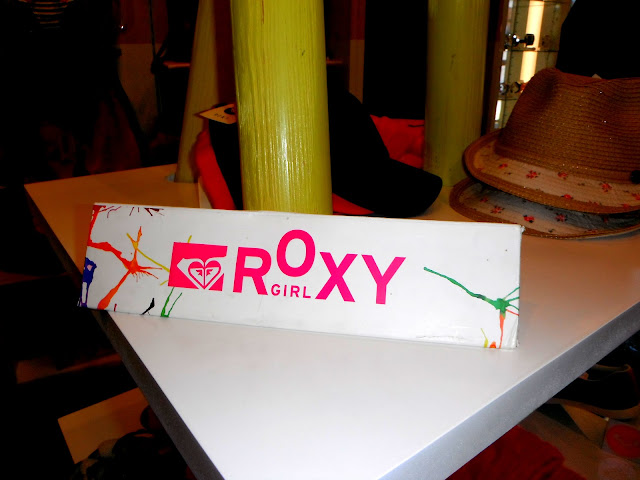 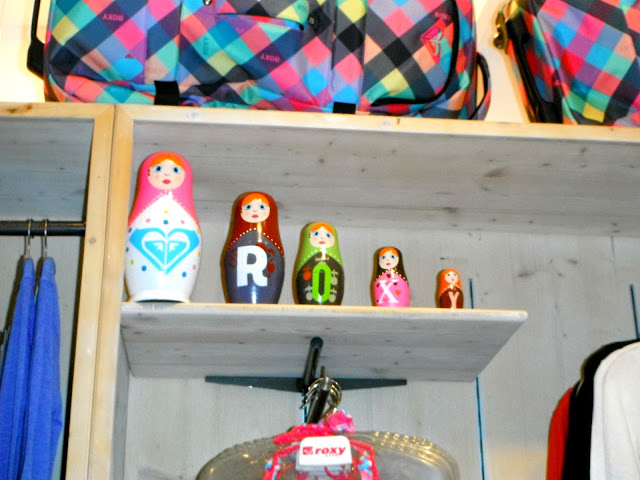 Thank you Roxy Coffee Shop for saving our stomachs!