London has Banksy, Penang has Ernest Zacharevic. Zacharevic is a Lithuania born artist that decided to make a name for himself in George Town, Penang. His wall murals are creating a storm this year, as part of George Town festival 2012. The project is called Mirrors, George Town.

We went in search of some of them! 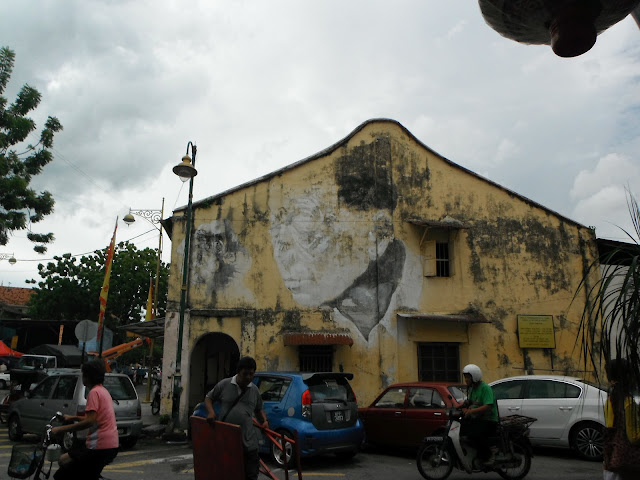 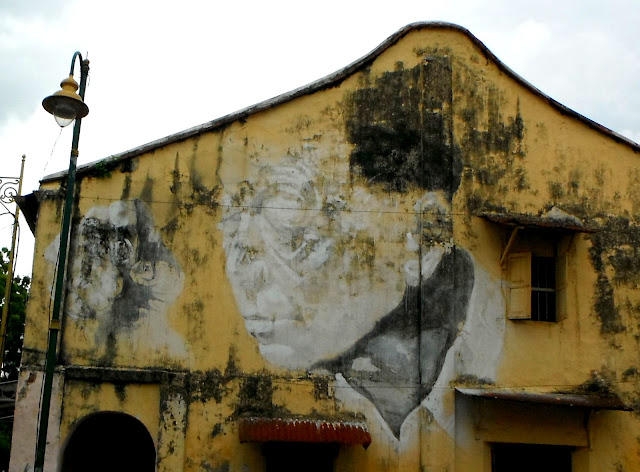 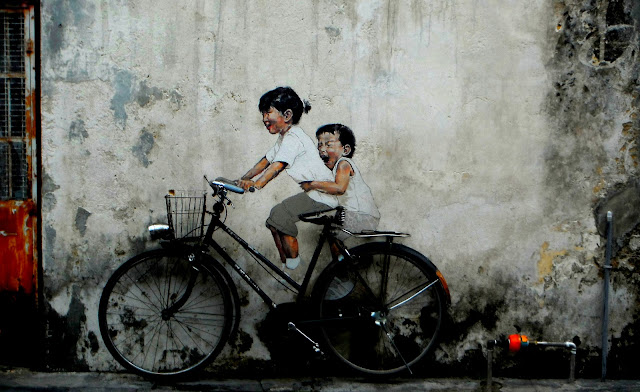 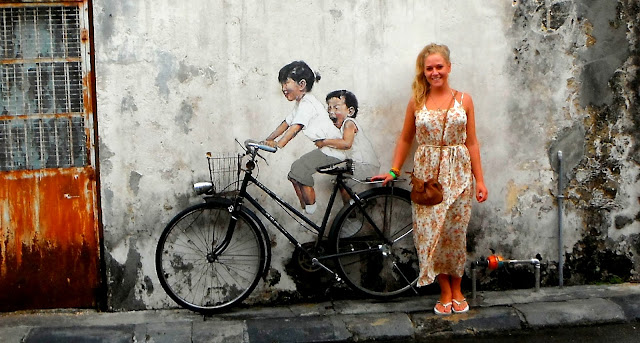 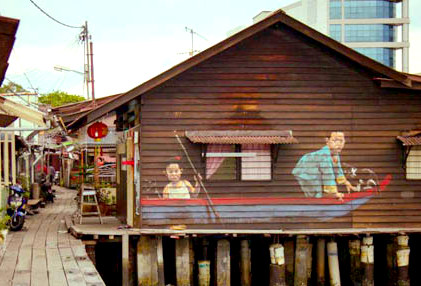 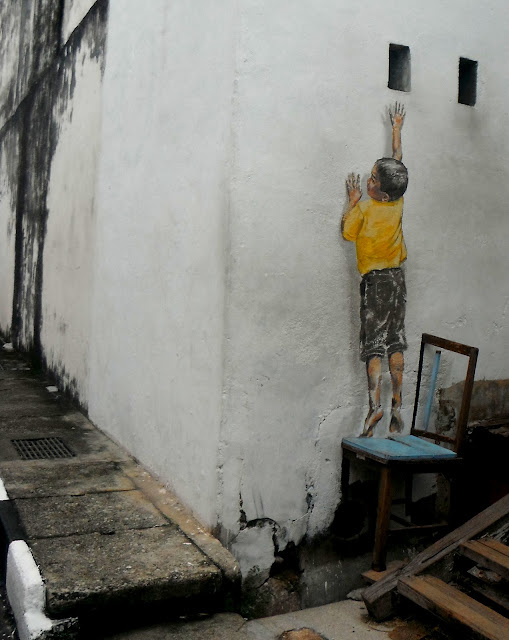 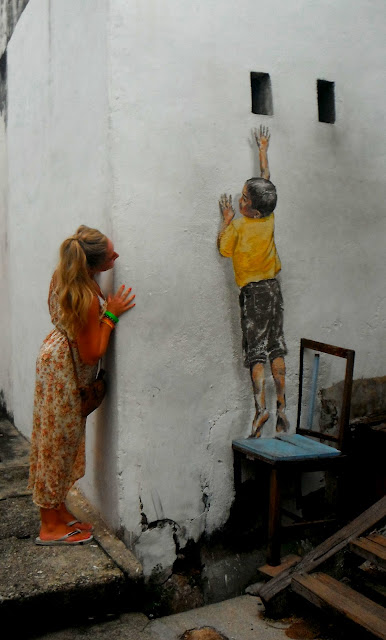 Zacharevic searches for walls that are suitable for painting, and then the Penang Island Municipal Council contacts the owner of the property and obtains a signed agreement. His works have become so popular, that people are now offering their walls up to be painted by him! We only saw a small handful, but he has a lot more works of art around George Town and a few in the pipeline too!

When we had our fill of his murals, we went in search of something to fill our stomachs.

We found it in CHINAHOUSE.

A suave little restaurant/art gallery/bar/shop/theatre/anything else that you can think of (ok, so it’s not-so-little). It wouldn’t look out of place in the middle of Soho, the kind that frequent the place similar to the one’s that would probably be there in London too. A mixture of hot young people catching up over coffee, and groups of Yummy Mummies discussing the latest in the Fifty Shades trilogy. 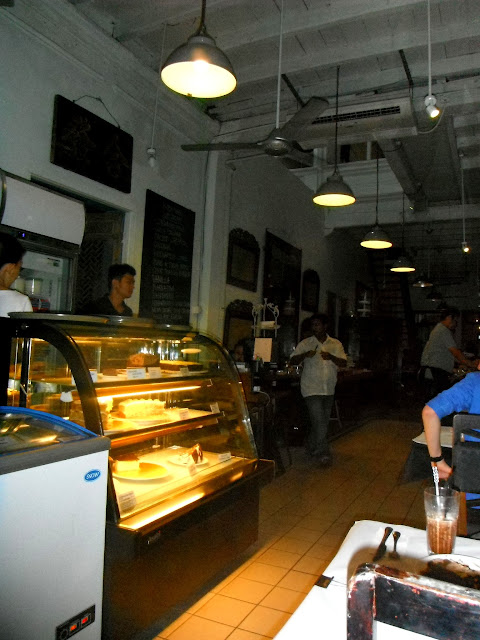 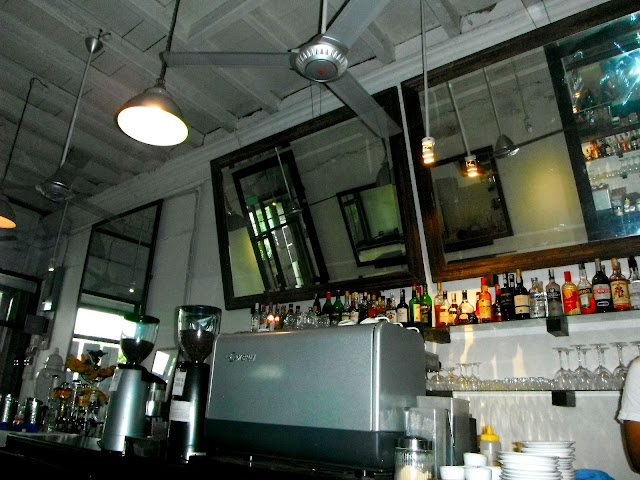 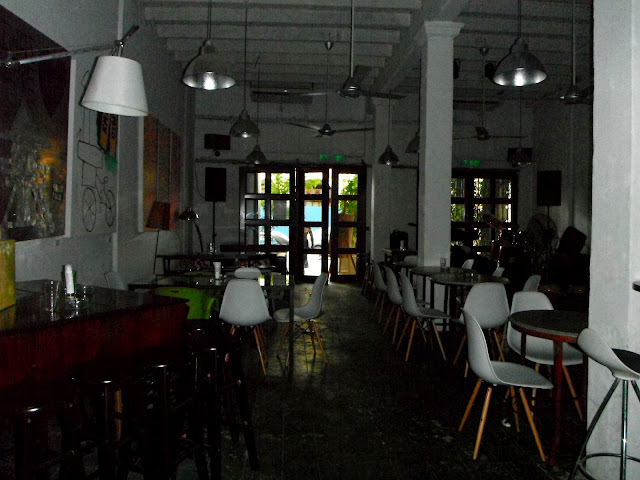 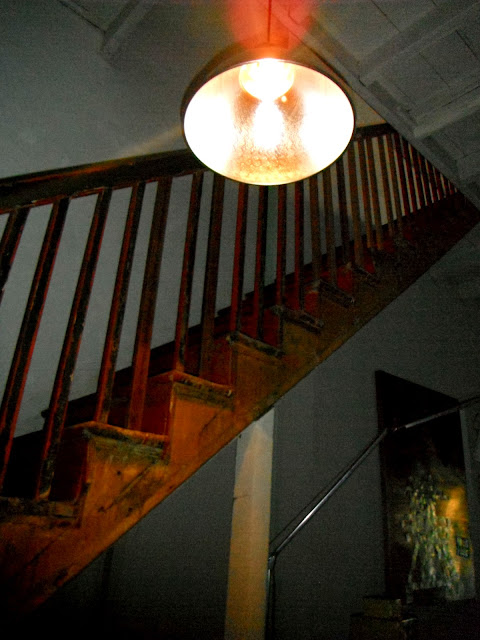 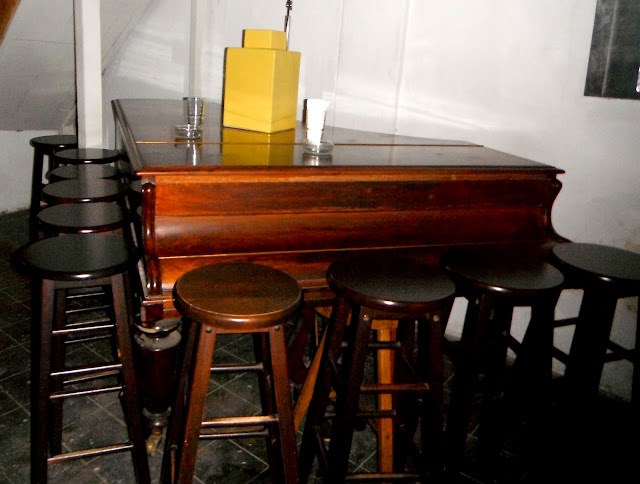 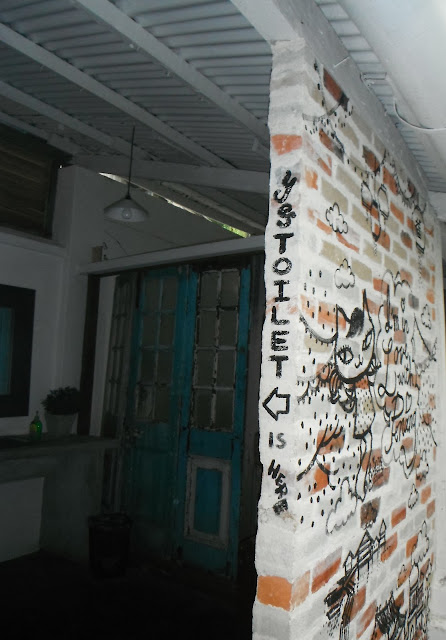 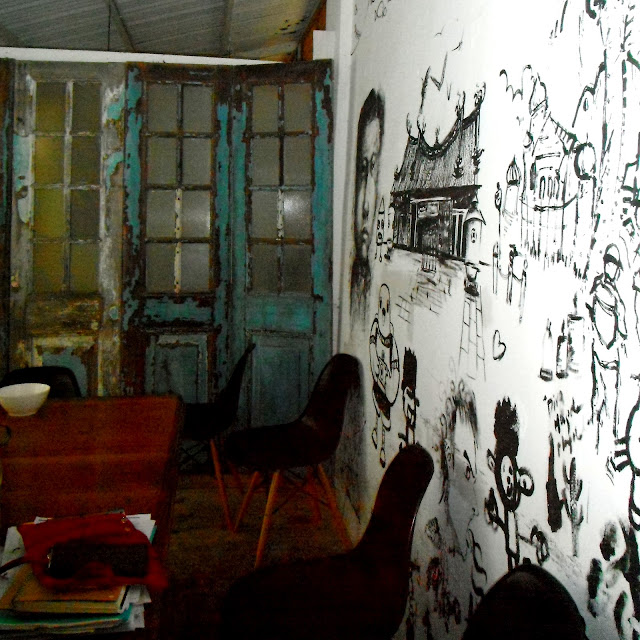 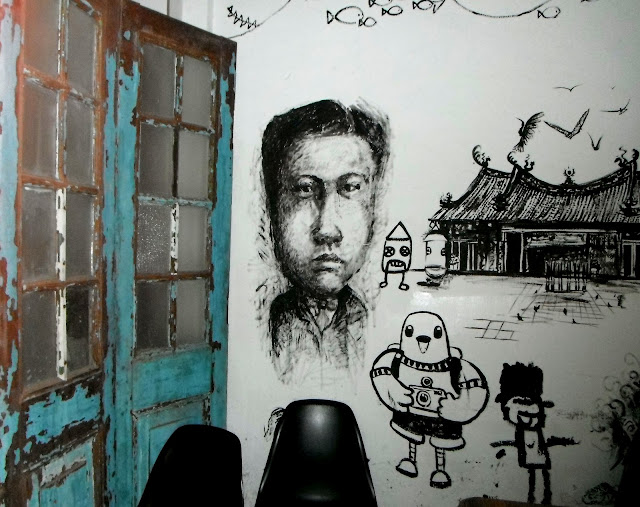 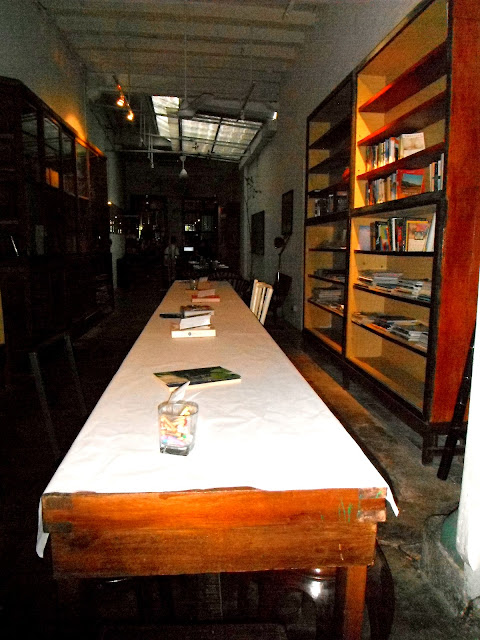 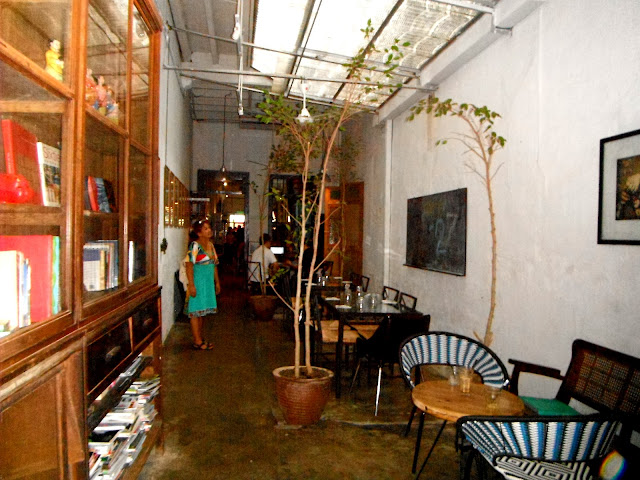 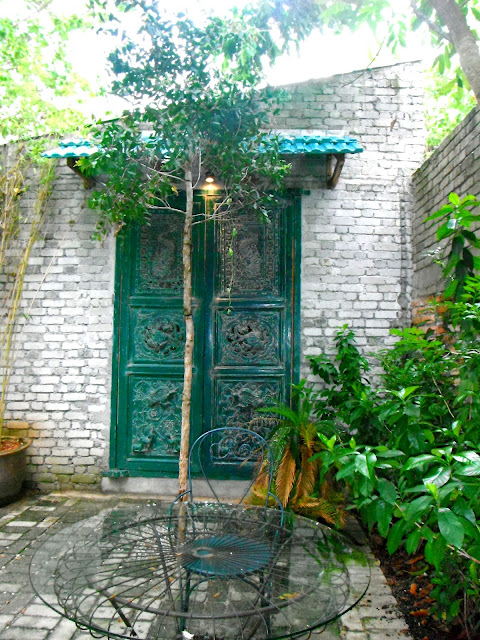 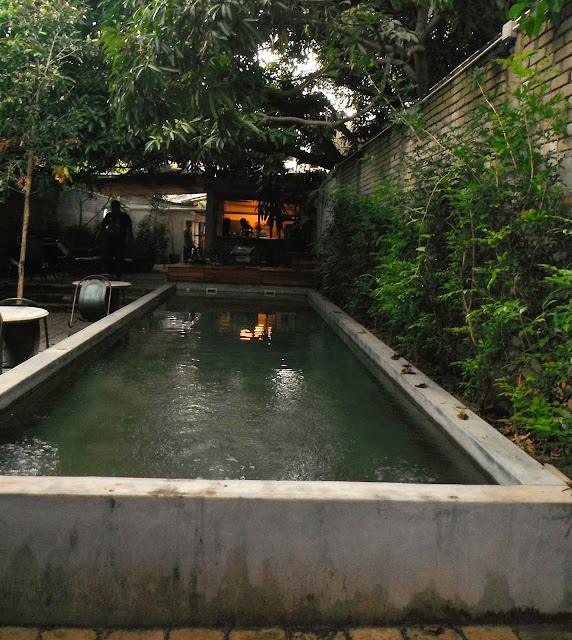 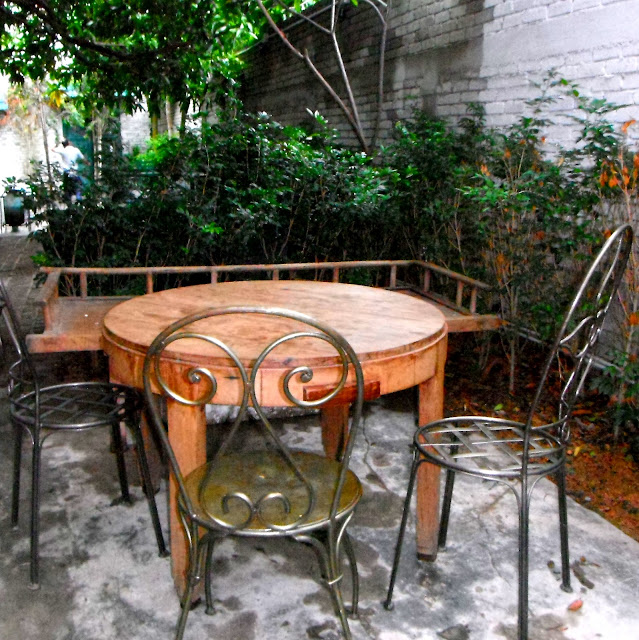 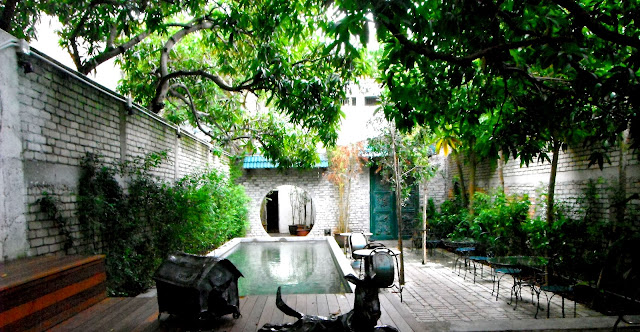 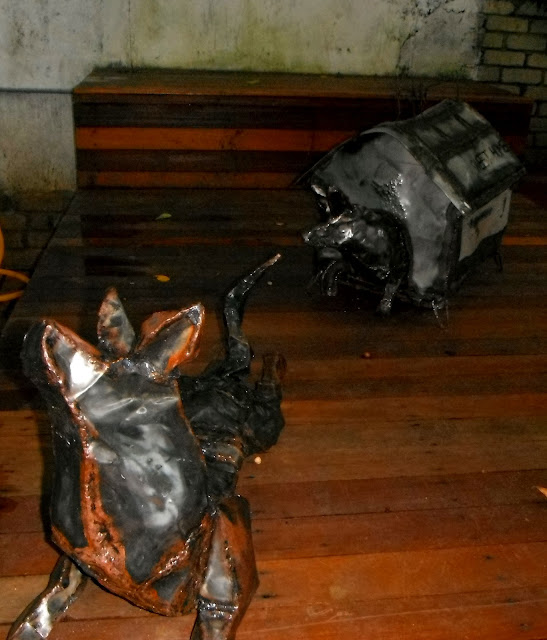 There are so many parts to CHINAHOUSE, I could just curl up in the courtyard with a good book and be content to sit there all day. My favourite section though, the cafe. Imagine every single type of cake you’ve ever dreamed of, I’ve found them all. Not only cakes, but pies as well! I could have easily had a slice of each when I sat down, I was practically drooling. Luckily I went for just one slice of carrot cake, but even that was a doorstep portion. None of these pathetic little slithers of cake that they would give you in London (I’m a country girl, we eat), a full on jaw breaking wedge of cake. Even I was defeated. 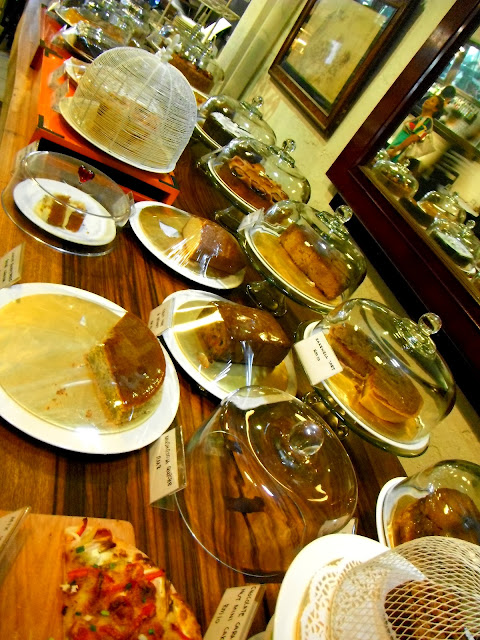 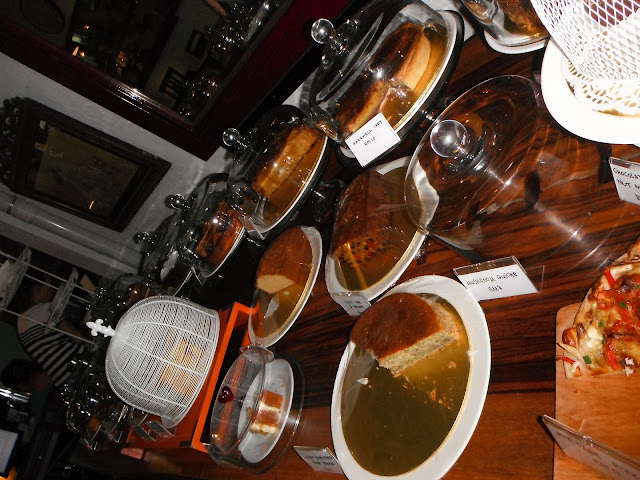 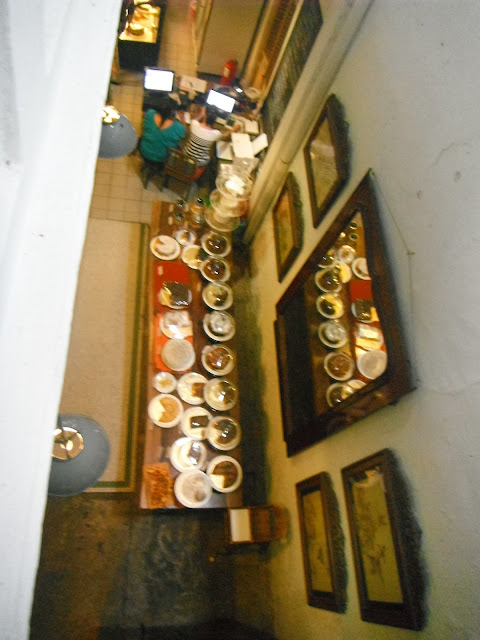 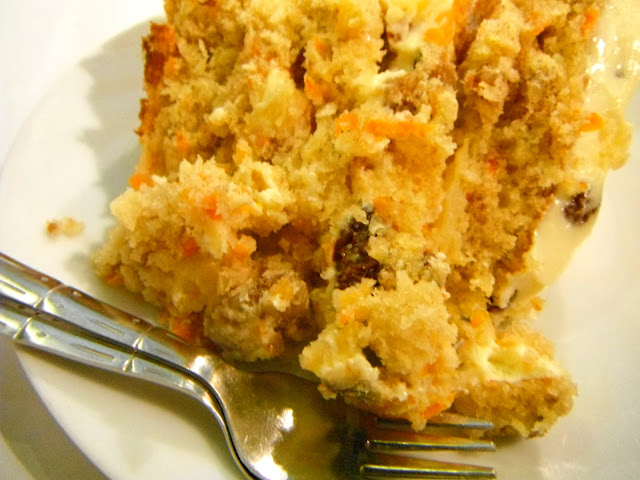 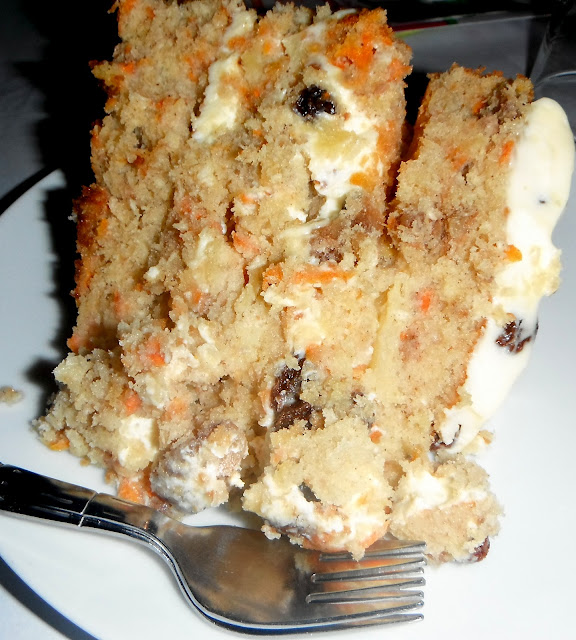 Looking at these pictures is making me want more, may have to pay another visit today… shhh though, don’t tell anyone!